Brazilian architect Flavio Castro of FCstudio has built a one-bedroom home for himself in São Paulo, with nearly all of the rooms able to fully open to the outdoors thanks to sliding walls.

Situated on corner lot in a residential neighbourhood, the two-storey Box House is concealed by a concrete wall around the property’s perimeter. Sliding metal doors hide the front entrance and a driveway. 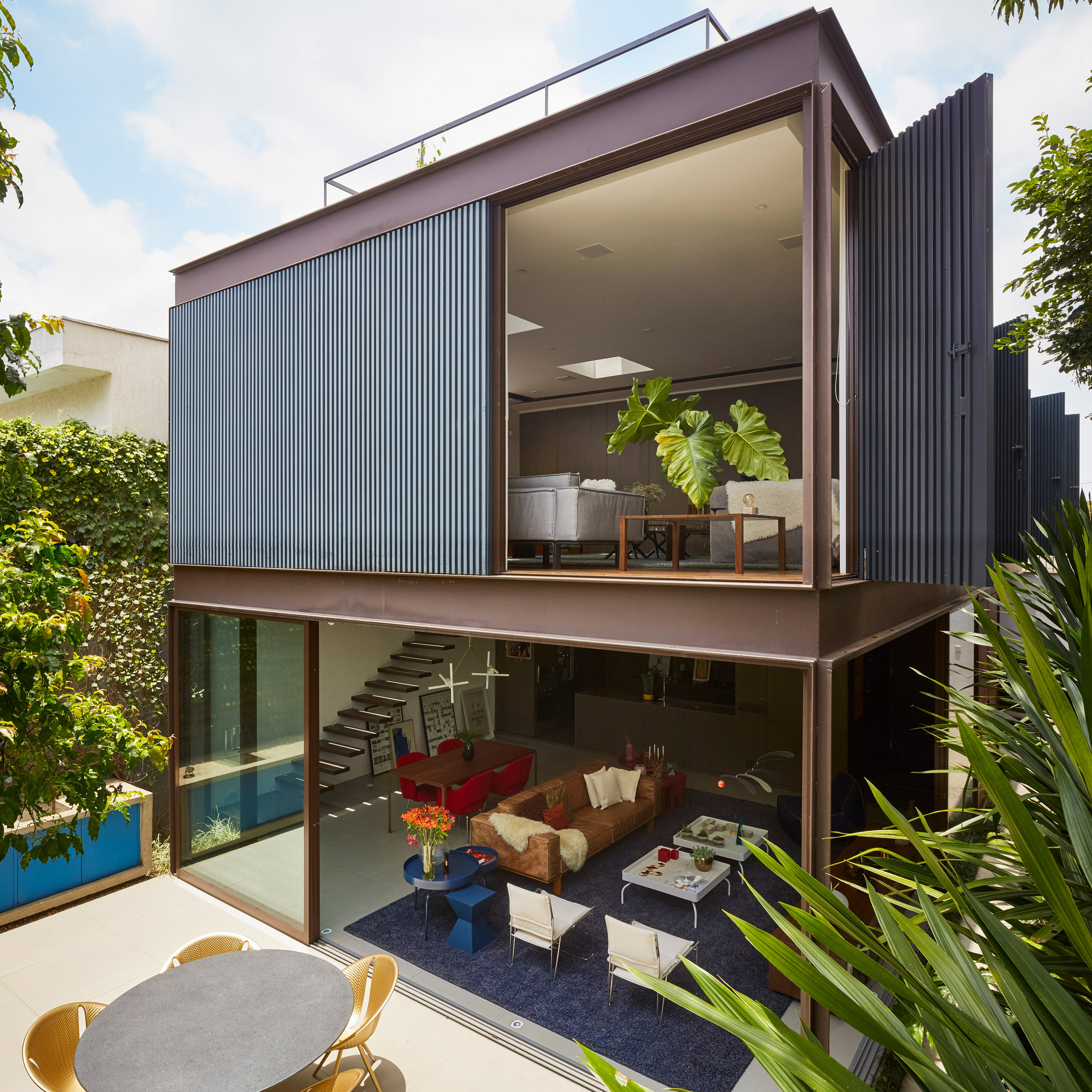 Rectangular in plan and flat-roofed, the residence was designed by Castro to take up the largest amount of buildable land, with the remainder created as a lush courtyard.

Two of the home’s exterior walls are very close to the neighbours, which limited the facades that could be made of glass. 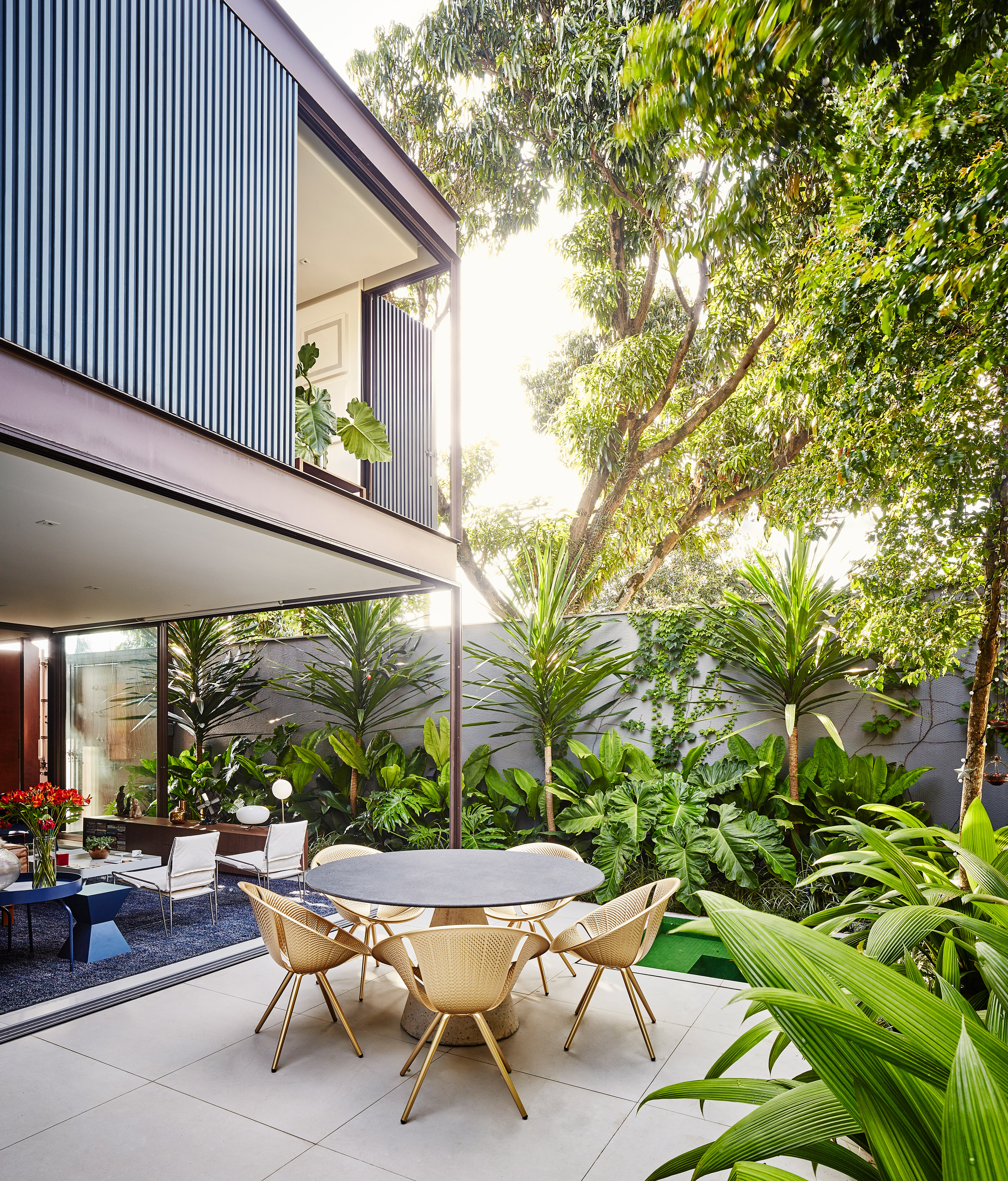 “The main challenge was to build a corner house with two facades leaning against the neighbours, which took full advantage of the terrain and natural light, while keeping privacy from the street as much as possible,” said Castro’s project description. 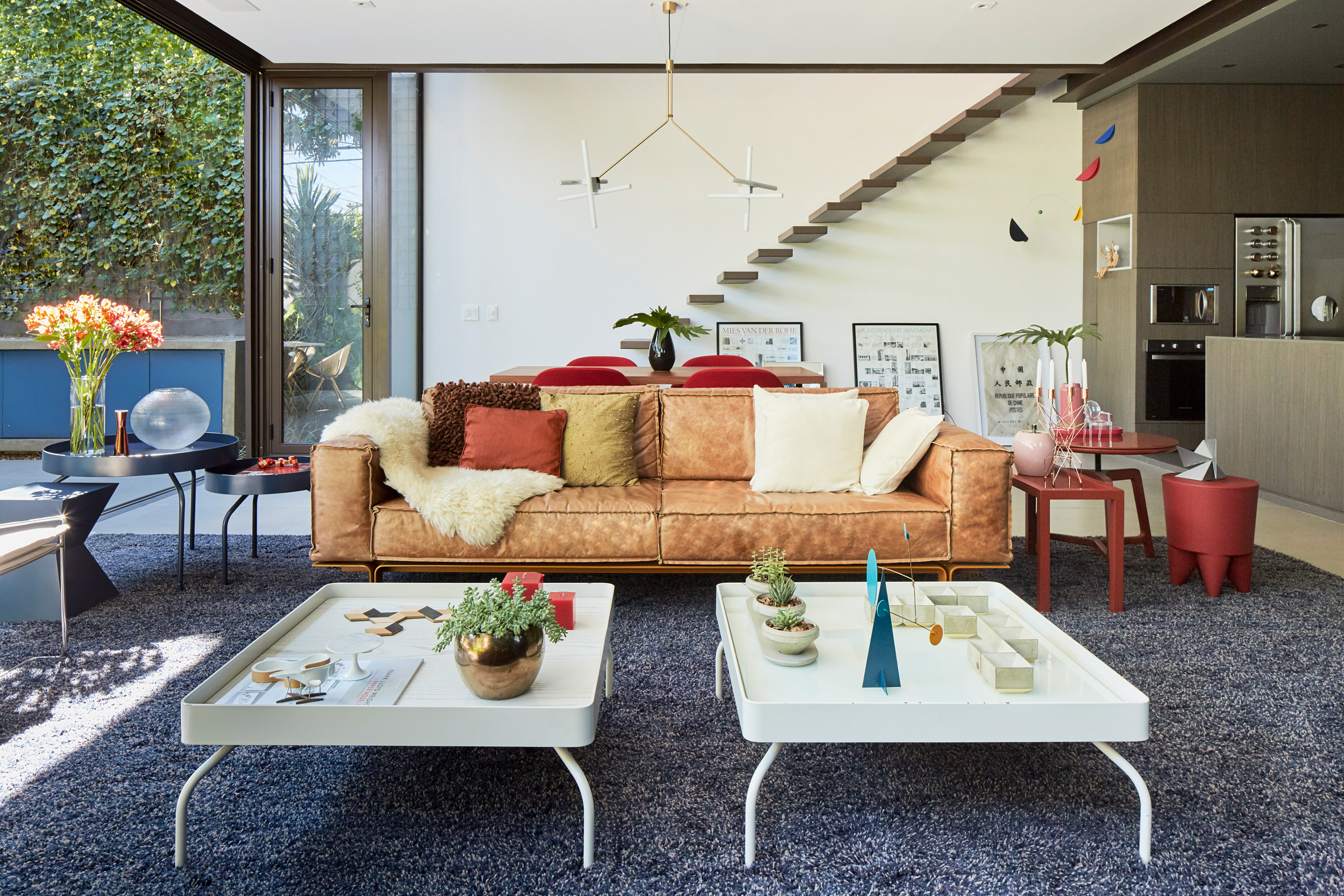 Durable materials like steel, concrete and glass were selected by the architect to keep the construction period brief, as he was in a hurry to move in.

“This was further strengthened by the adoption of prefabricated elements, although only five per cent of houses in Brazil use this technique,” he said.

A key feature of Box House are the sliding glass doors and steels walls that encase the building, and allow almost the entire residence to open up to the outdoors.

On the ground floor, a lush garden merges with the indoors via sliding glass doors to an open-plan living room, dining area and kitchen. A bathroom is concealed within a grey cabinet volume that matches the kitchen, just beyond the front door. 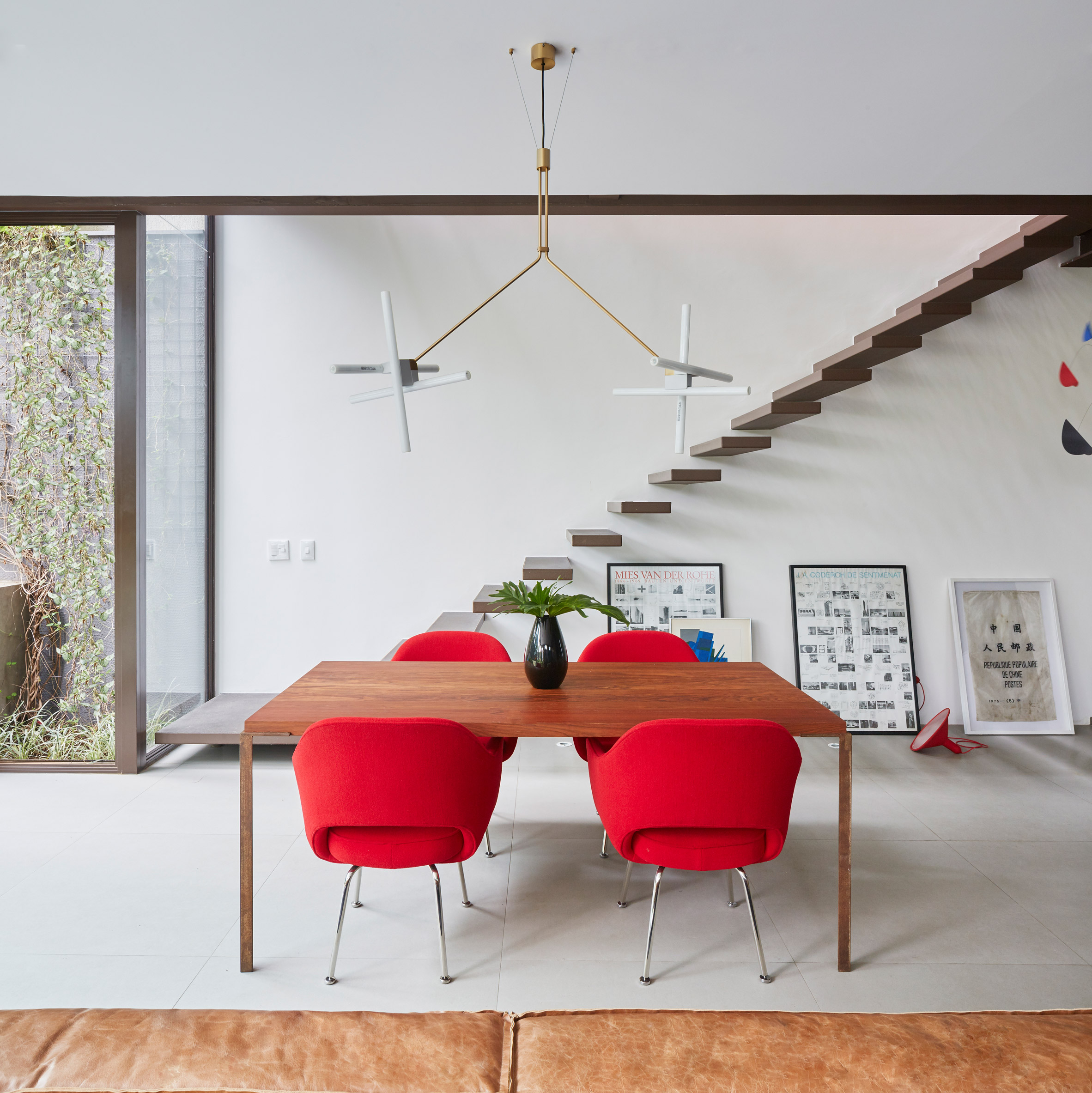 Situated on a facade close to the neighbours is a staircase, making the most out of this design restriction. Upstairs is a second lounge, which overlooks the small garden, along with a bedroom and two bathrooms. 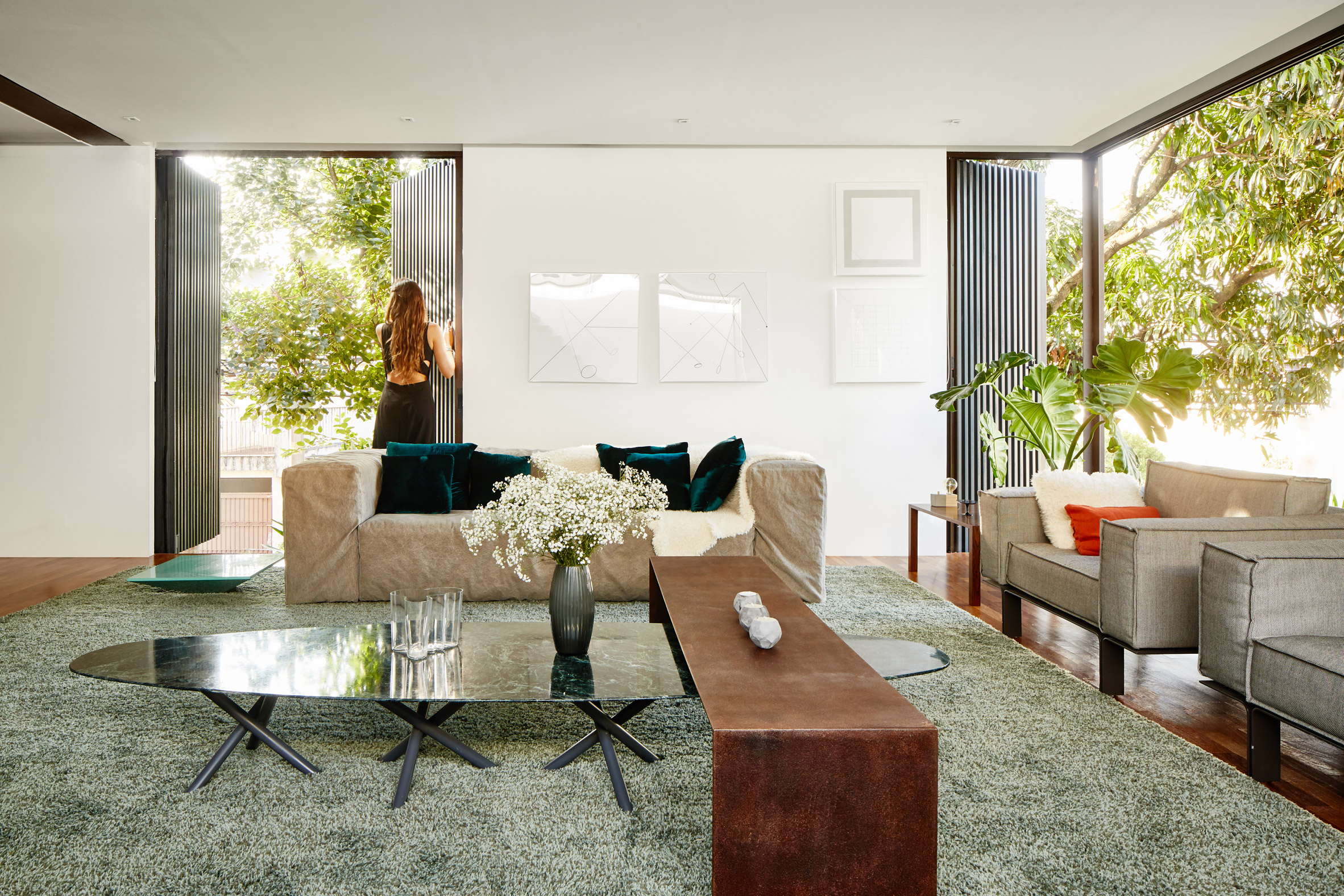 Corrugated steel doors wrap around the top storey, and when closed, completely block sunlight from entering the home horizontally. Instead, three skylights bring light down into spaces like the bath and shower rooms. 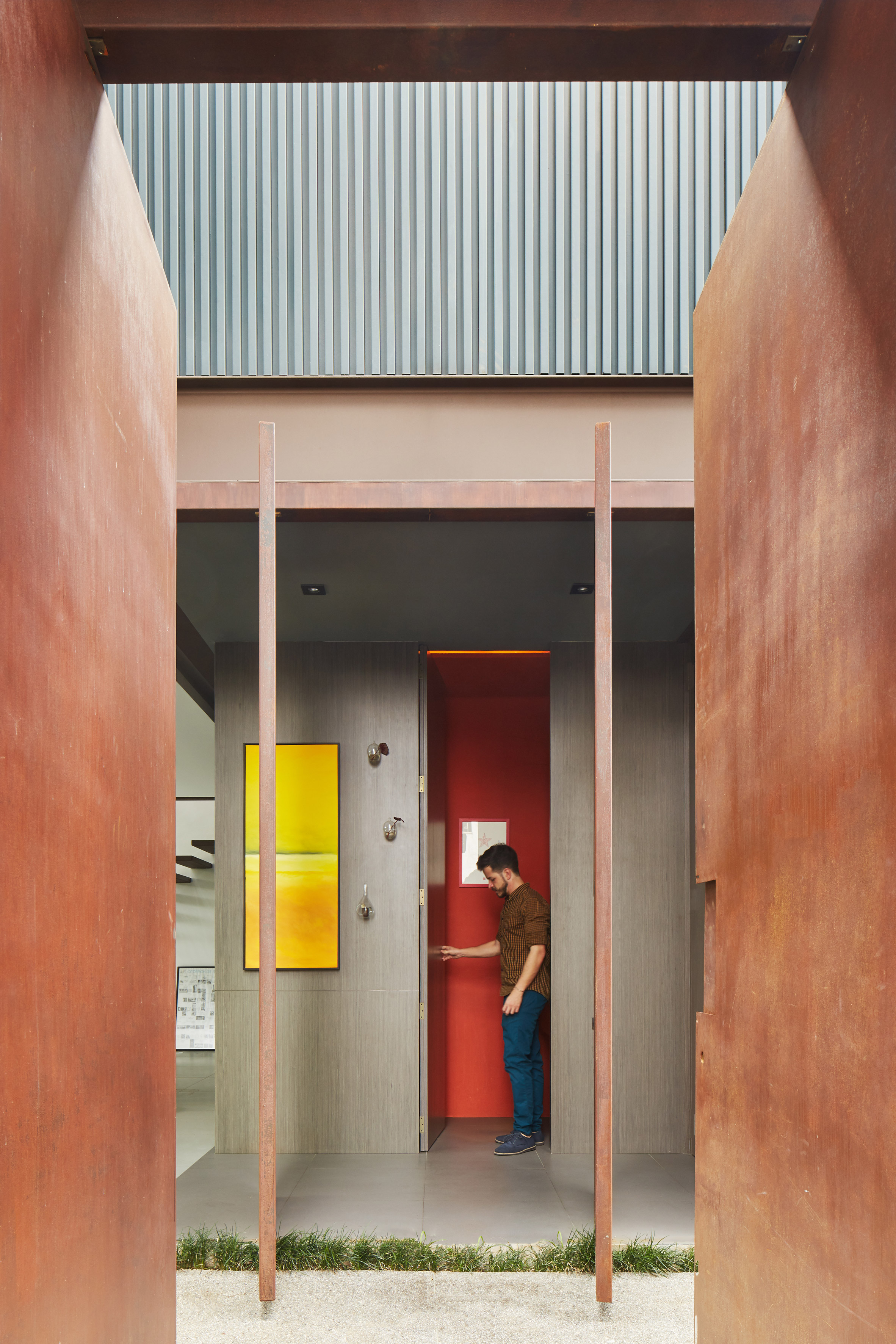 “Each of [the skylights] is oriented in a different way, making the solar intensity different and throughout the day, it changes,” said the studio.

The interiors were also designed by FCstudio. Aside from white walls, the majority of surfaces and furnishings are finished in greys and browns to relate to the home’s construction materials. Hints of red, blue and green enliven the contemporary yet natural aesthetic. 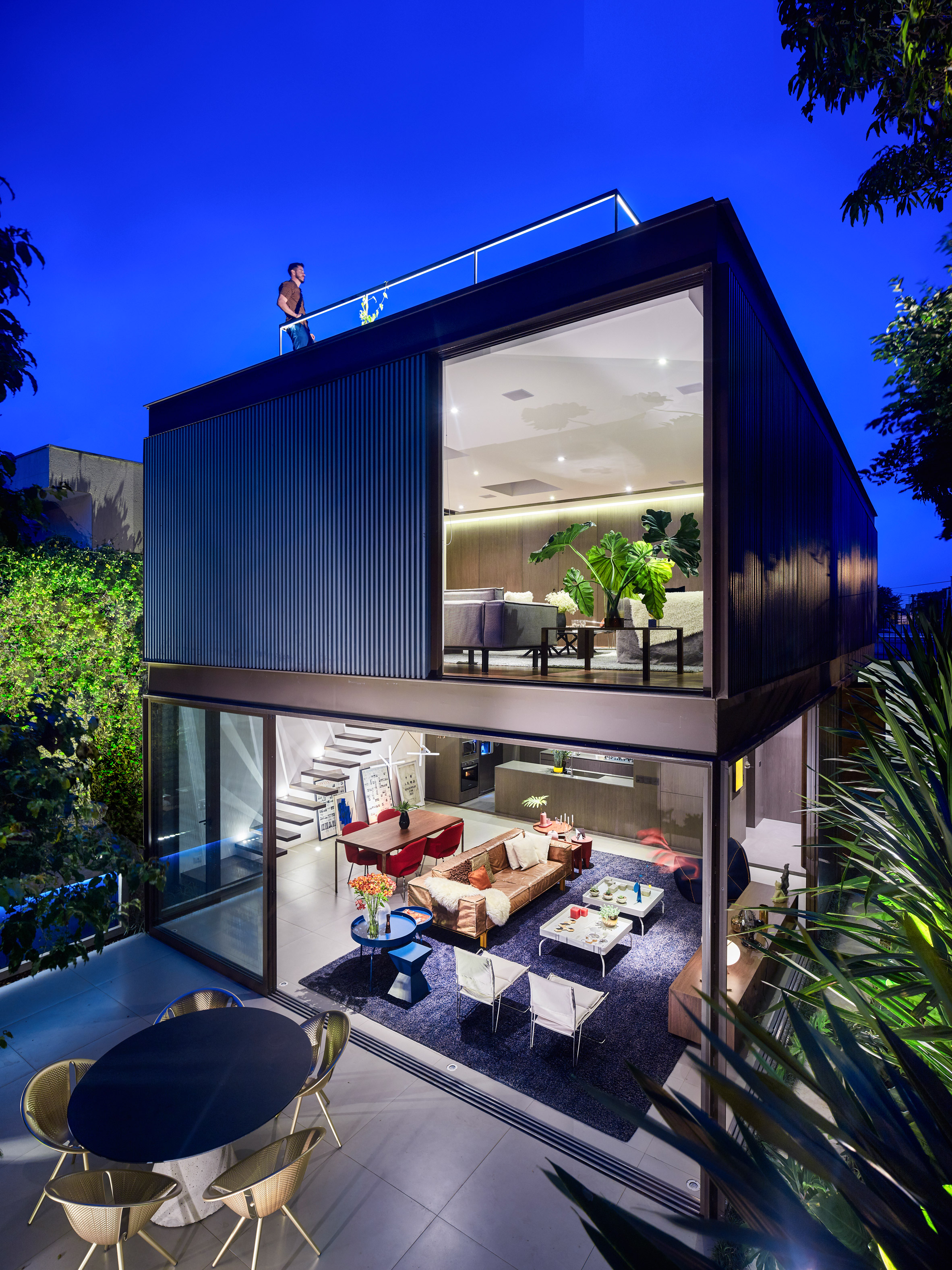 Fully operable walls are a common feature of Brazil’s residential architecture, where the tropical climate allows for outdoor living. Examples in São Paulo include a home with shuttered bedrooms by Perkins+Will and a residence clad in perforated golden metal by Studio Arthur Casas.

The post Sliding and pivoting walls open up Box House in São Paulo by FCstudio appeared first on Dezeen.