Customers can purchase pieces from independent designers, grab a coffee, and even make candles in lifestyle store Bonds.

The brand’s founders Niko Dafkos and Paul Firmin worked alongside design studio Formd for the store’s fit-out, which has been kept simple with exposed brick walls, timber display units, and gridded metal partitions that can be slid back and fourth to create different room arrangements for events or workshops. A four-metre-high mirrored wall gives the illusion of more space inside Universal Works, a menswear store that’s been designed by Studio Mutt. At the wall’s centre is a huge pivoting door, which can be rotated to reveal back-of-house facilities.

Touches of warmth are offered by red cedarwood display plinths, while green metal shelving units suspended from the ceiling are intended to reference the aesthetic of mills or factories. 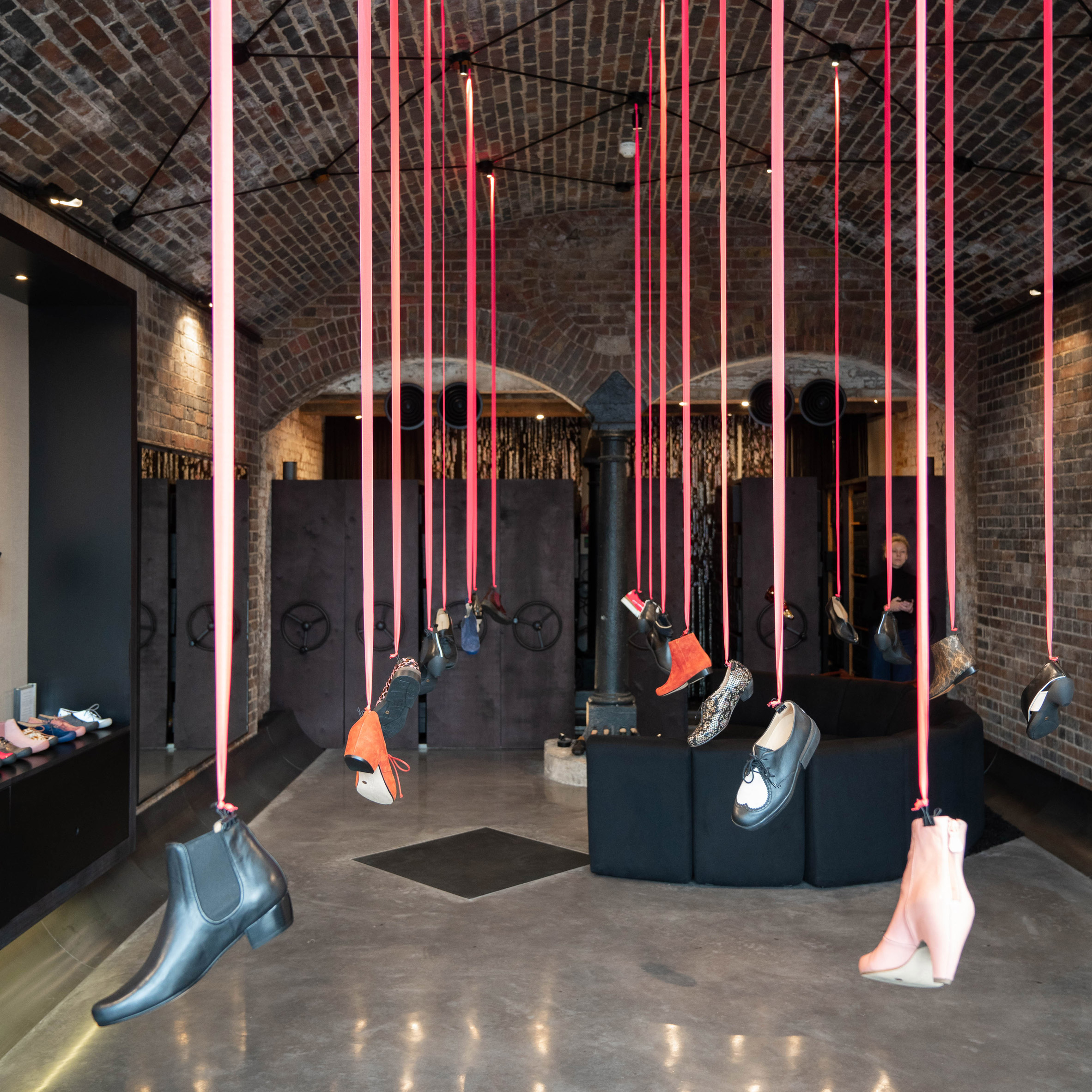 Boots, heels and brogues dangle from neon pink strings inside footwear designer Tracey Neuls’ store, offering a bright contrast against the dark concrete floors and blackened metal columns that date back to the 19th-century.

At the shop’s rear is a series of vintage library shelves that have been repurposed to serve as storage for excess stock. Canvas-bound books have then been affixed to the peripheral walls to display the men’s shoes. 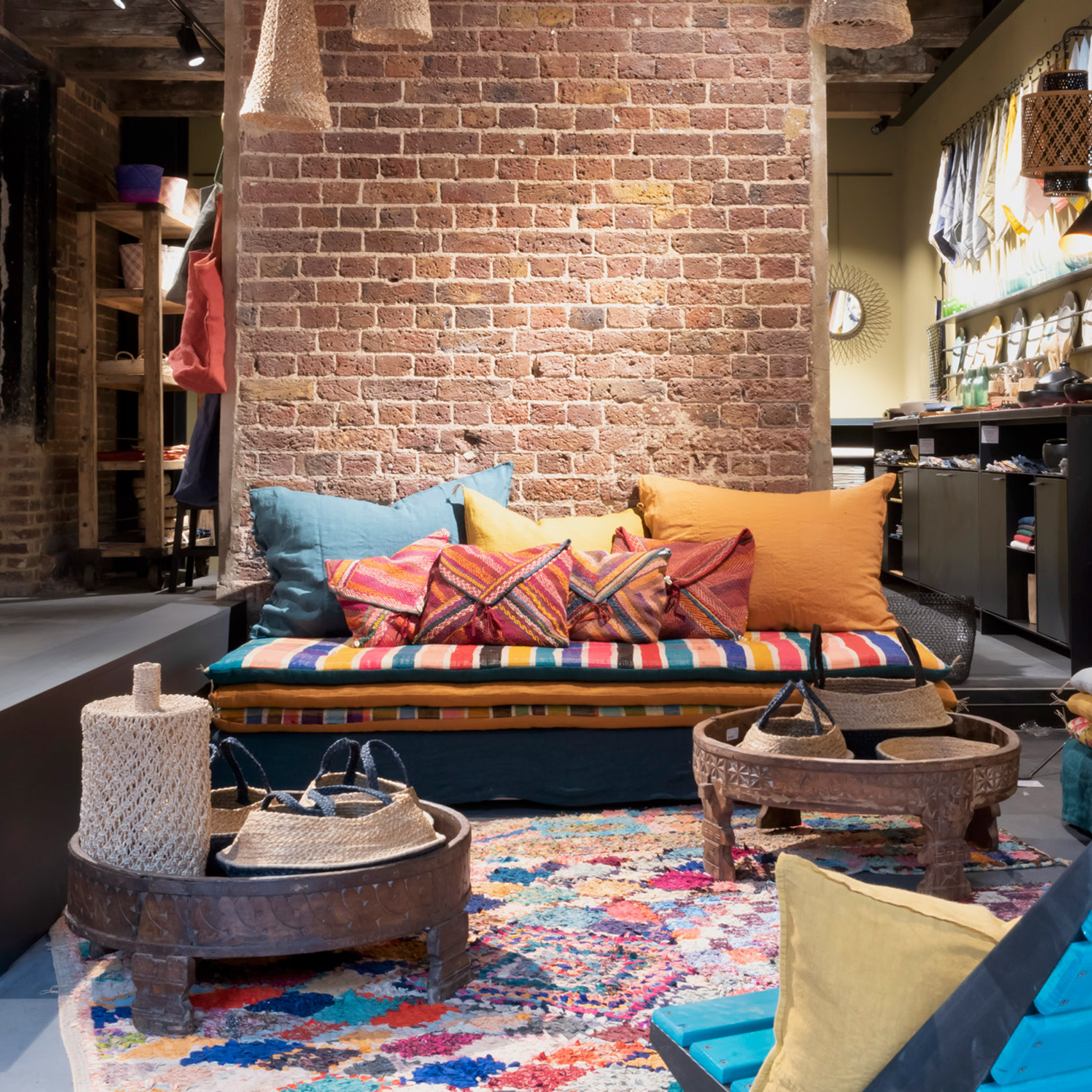 Parisian furnishings brand Caravane relied on the help of French architect Bertrand Fairerol to create a townhouse-like setting inside its store, which boasts a series of rooms set up as cosy living, dining and sleeping areas.

Floor-to-ceiling shelves have been stuffed with patterned cushions and comforters, while swathes of colourful fabric hang from the walls that customers can choose from to make bespoke homeware pieces. 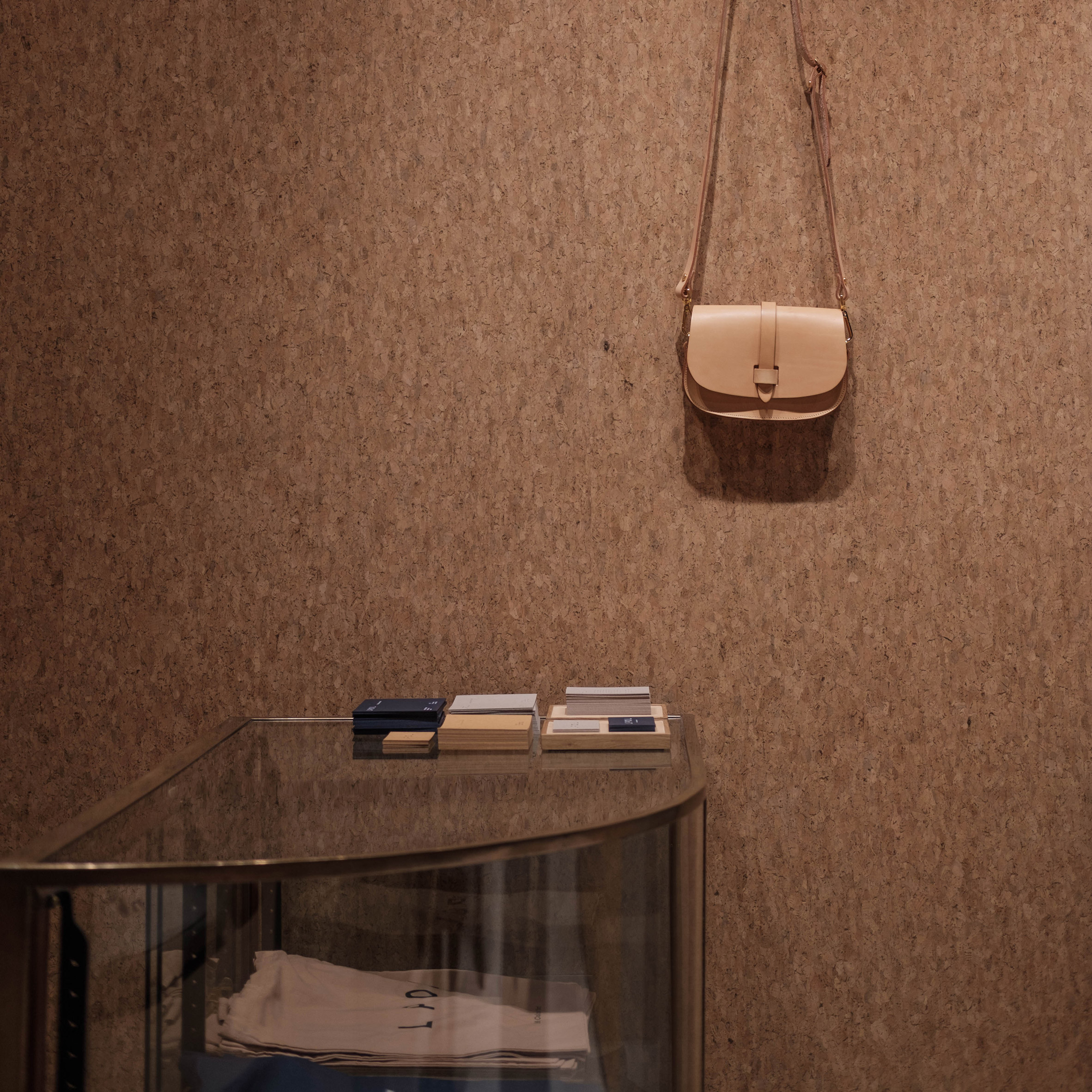 Designed by architecture studio BWT London to tell a “rich visual and sensory tale”, the space has also been dressed with several display blocks made from salvaged timber, stone, and marble. 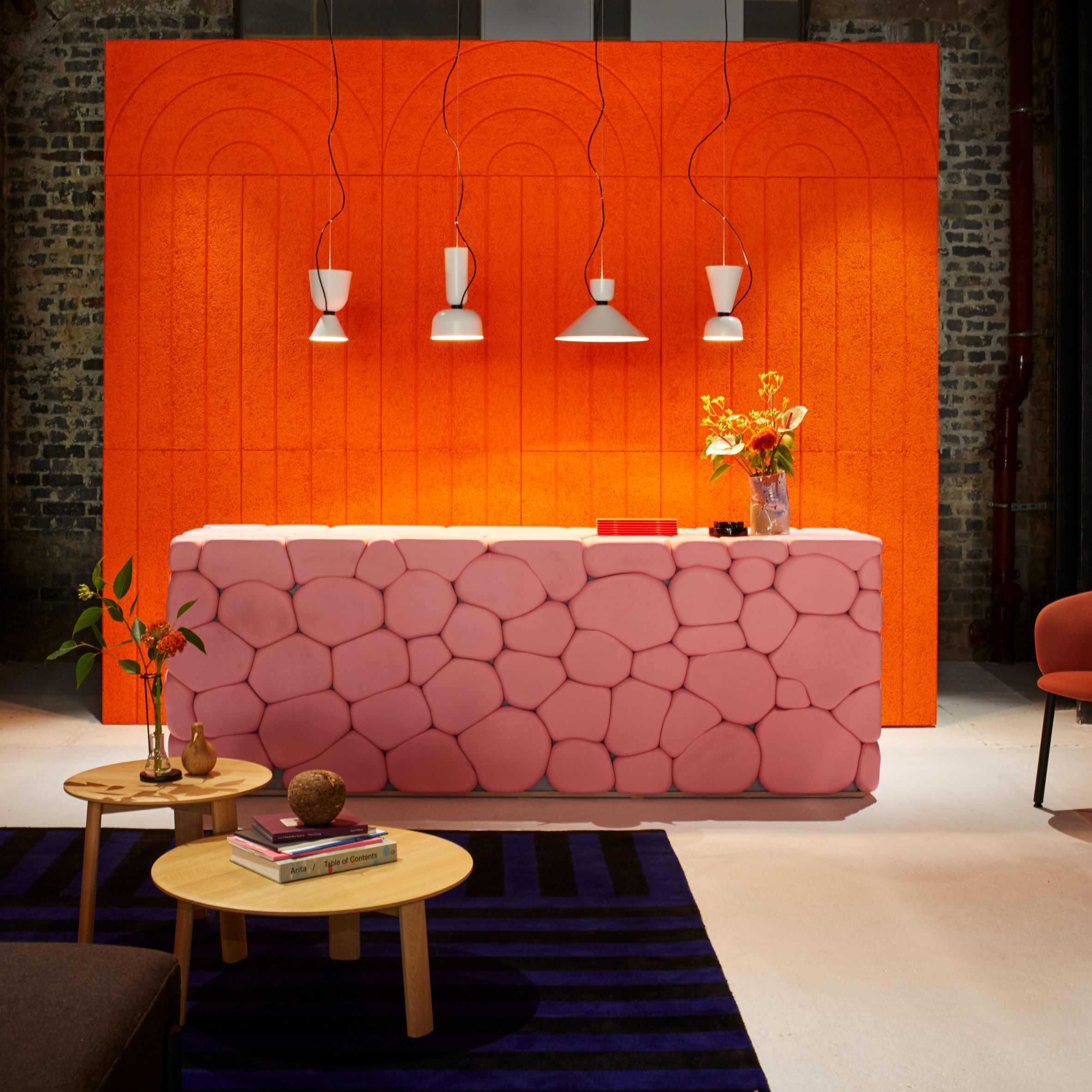 Hem has offset the industrial backdrop of its Coal Drops Yard pop-up space with a mix of brightly hued fixtures, including a tangerine-coloured partition wall and a bubbly pink service counter.

The store is only open until 31 December, with the Swedish furniture brand hosting weekly workshops for the public in topics ranging from interior design to embroidery. 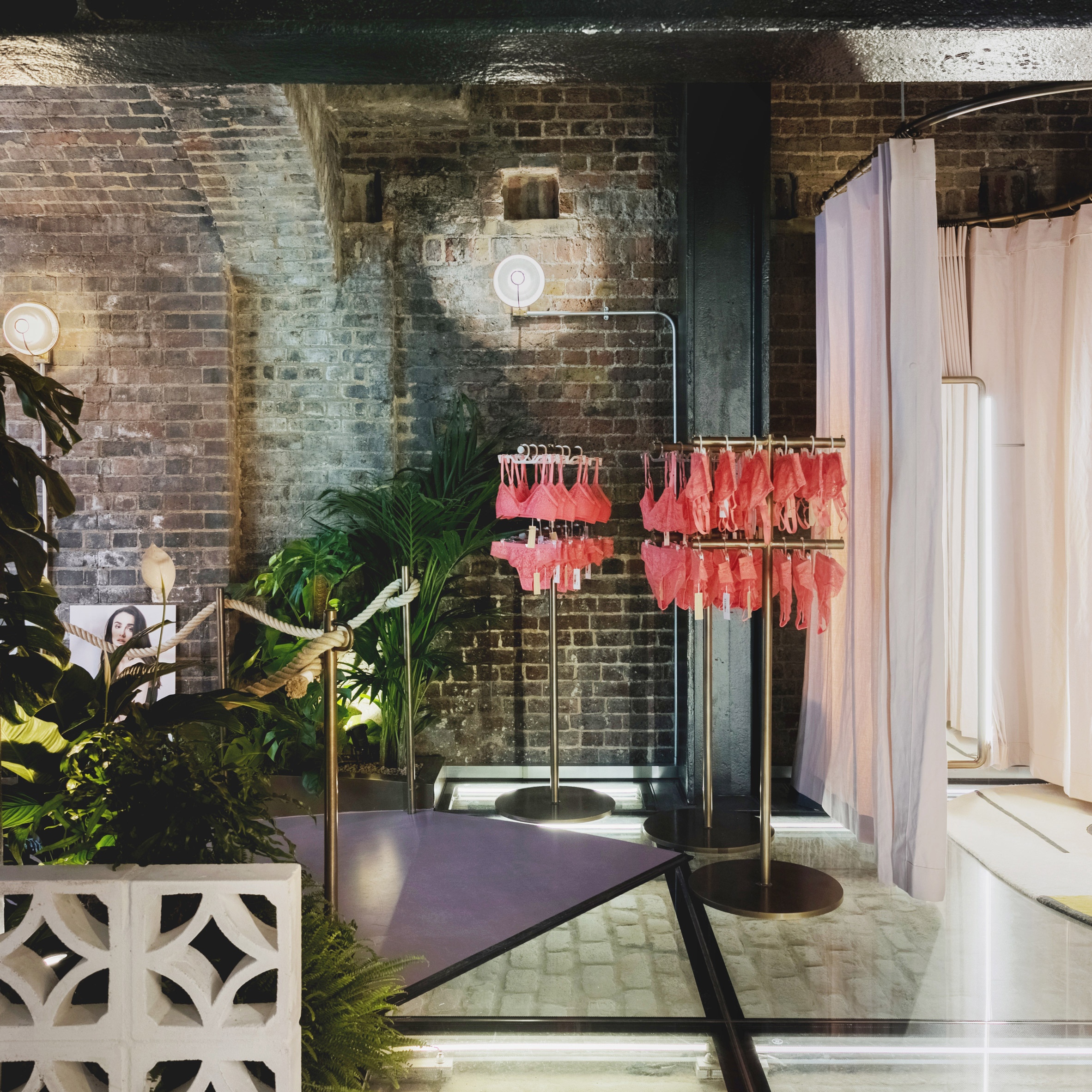 The studio worked around the shop’s existing glass floor, which preserves the last original cobblestones of the Coal Drops Yard development.

The post Seven shops to explore at the Coal Drops Yard in London appeared first on Dezeen.