Lukstudio has designed a shop and cafe for fashion platform Dear So Cute in Haining, east China, with theatrical flourishes to engage with young shoppers.

The Dear So Cute space in Haining, a city to the west of Shanghai, is both a retail store and cafe, inspired by the fashion and cafe culture of Seoul. 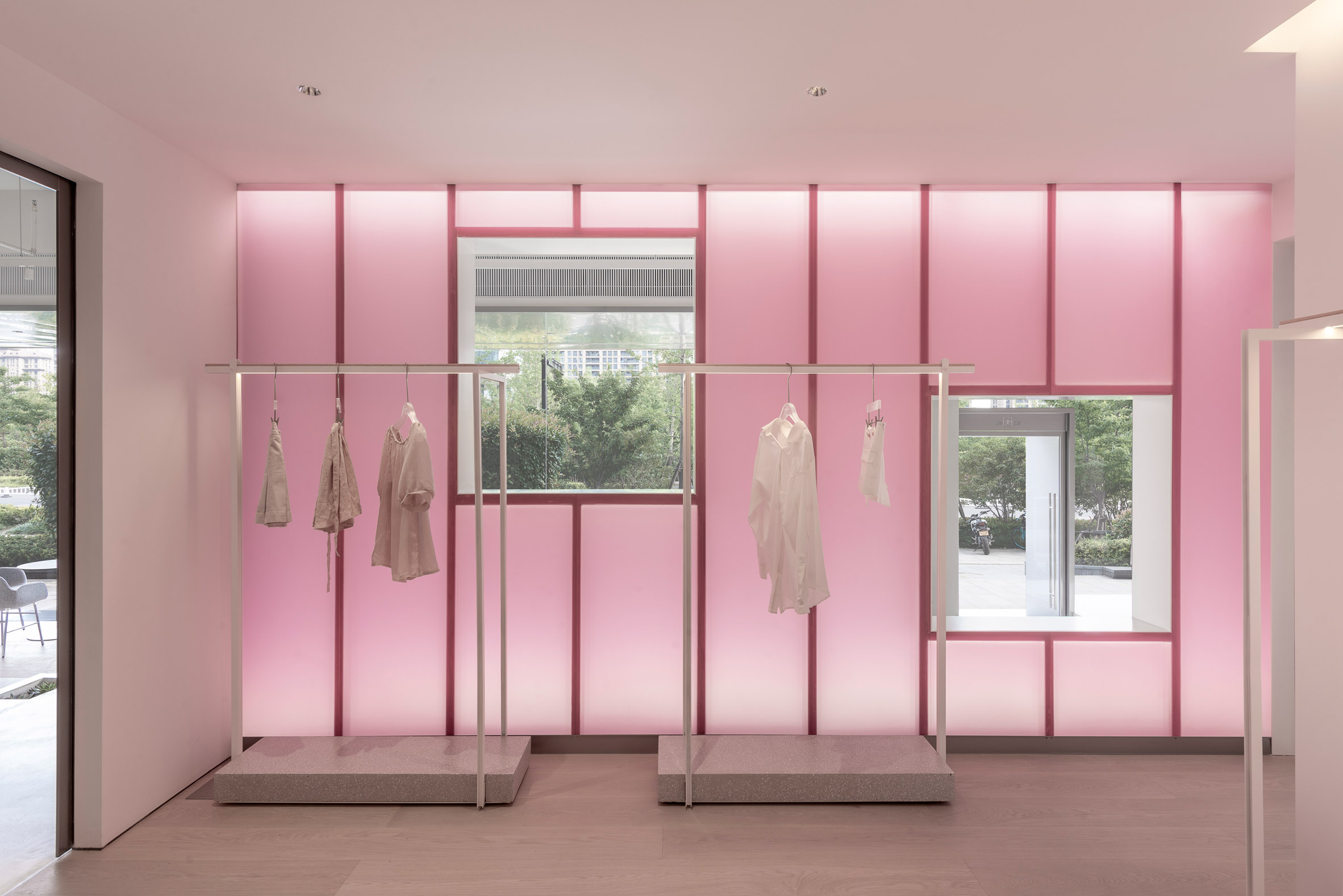 The shop has been designed to communicate the brand’s values ,as much as show off the products that are available.

Throughout the space Luk tried to emphasis the brand’s “forever young energy” with a minimal, contemporary look and pink highlights. The clean palette serves as a neutral backdrop for the activities going on in the space. 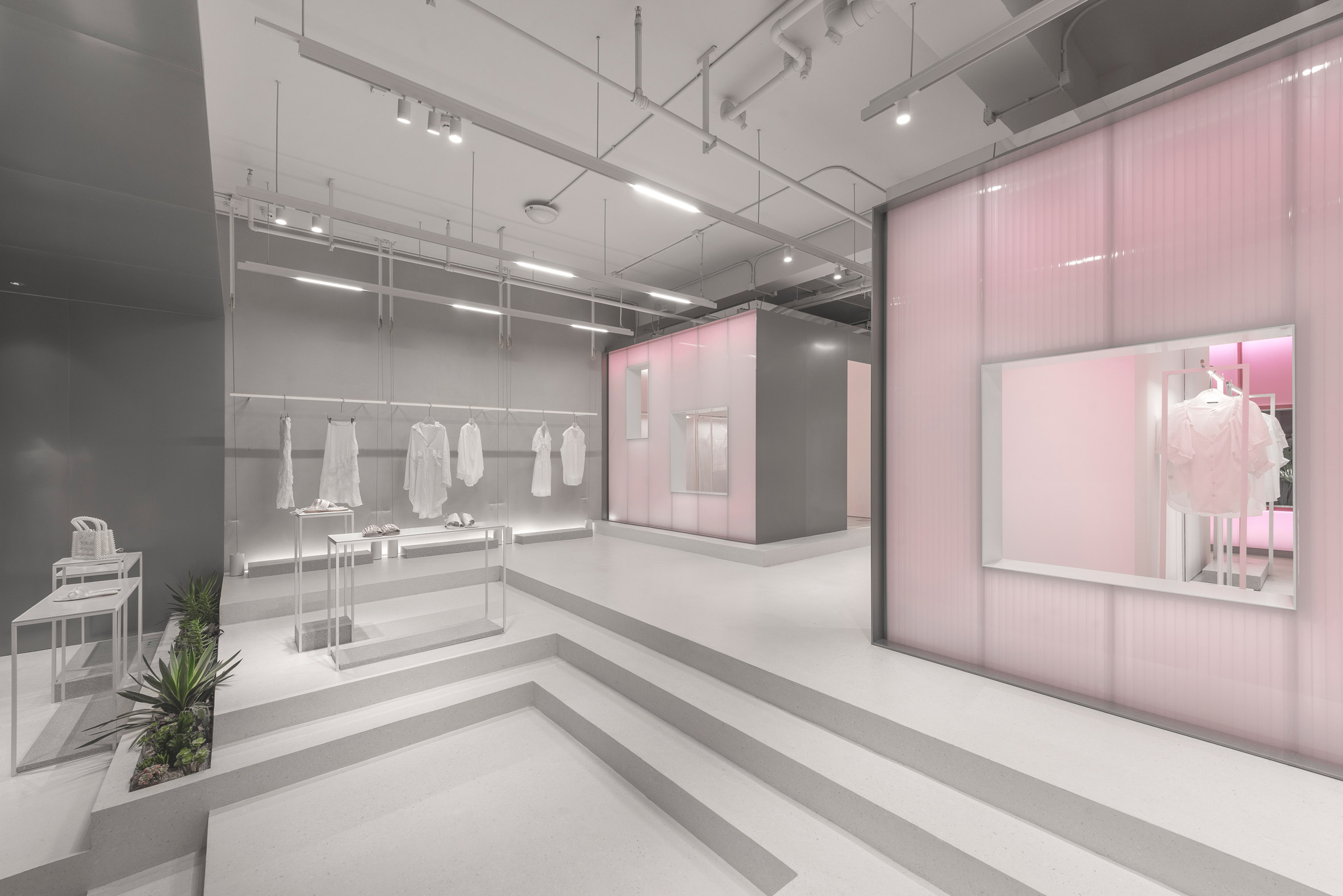 “In today’s retail environment, most people shop online for the convenience and the reassurance of the review system,” Lukstudio‘s founder Christina Luk told Dezeen.

“However, I believe when it comes to delivering a brand’s identity and values, the physical store is much more effective.” 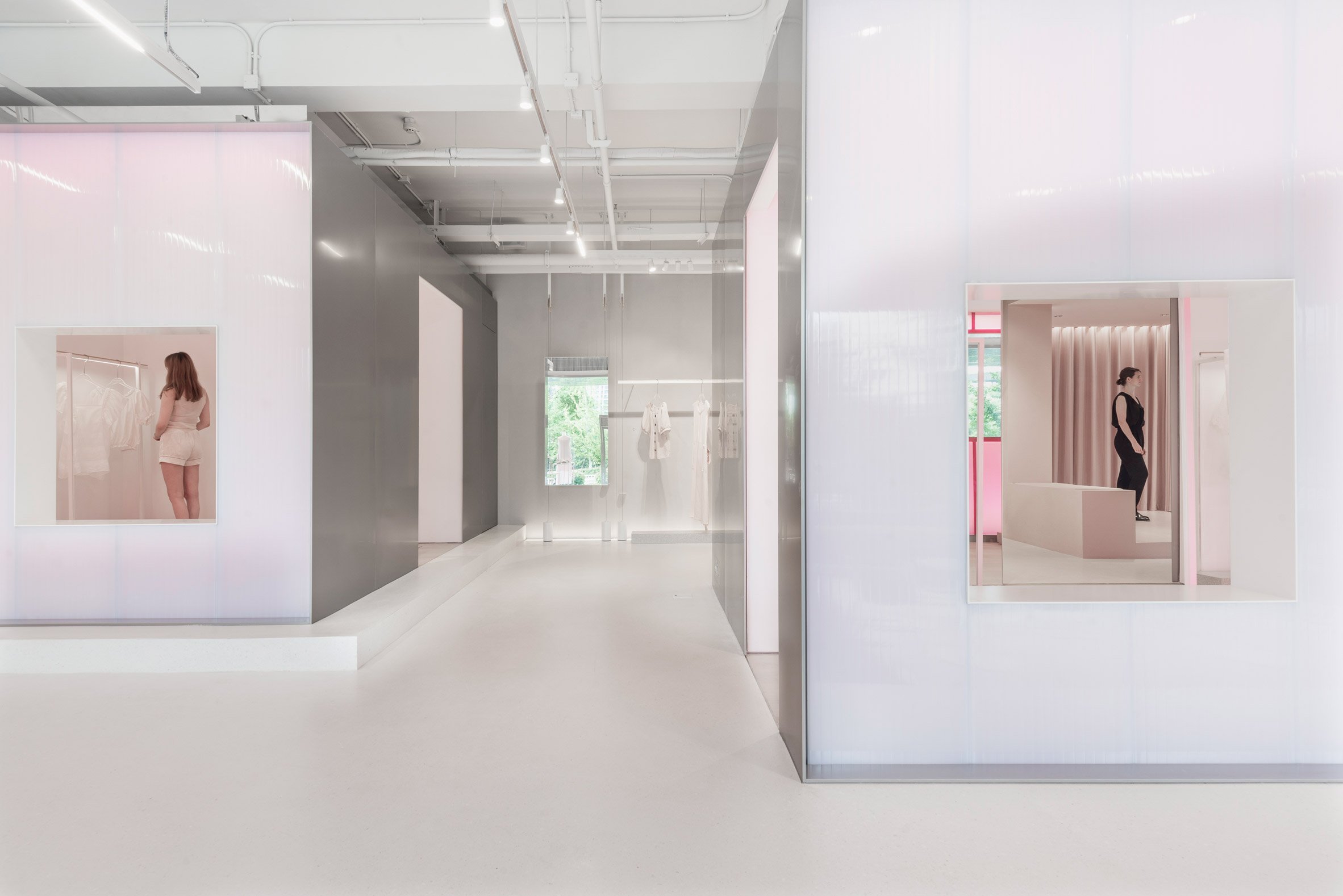 “I think a unique retail experience makes a much deeper impression, and the physical feedback is especially helpful for new brands that are finding their niche in the market,” Luk continued.

The city of Haining is renowned for its shadow puppetry; a local tradition that Luk used to influence the design themes of the shop. To instil a sense of performance in the store shopping activities are placed on “stages”, while the cafe hosts a “seated audience”. 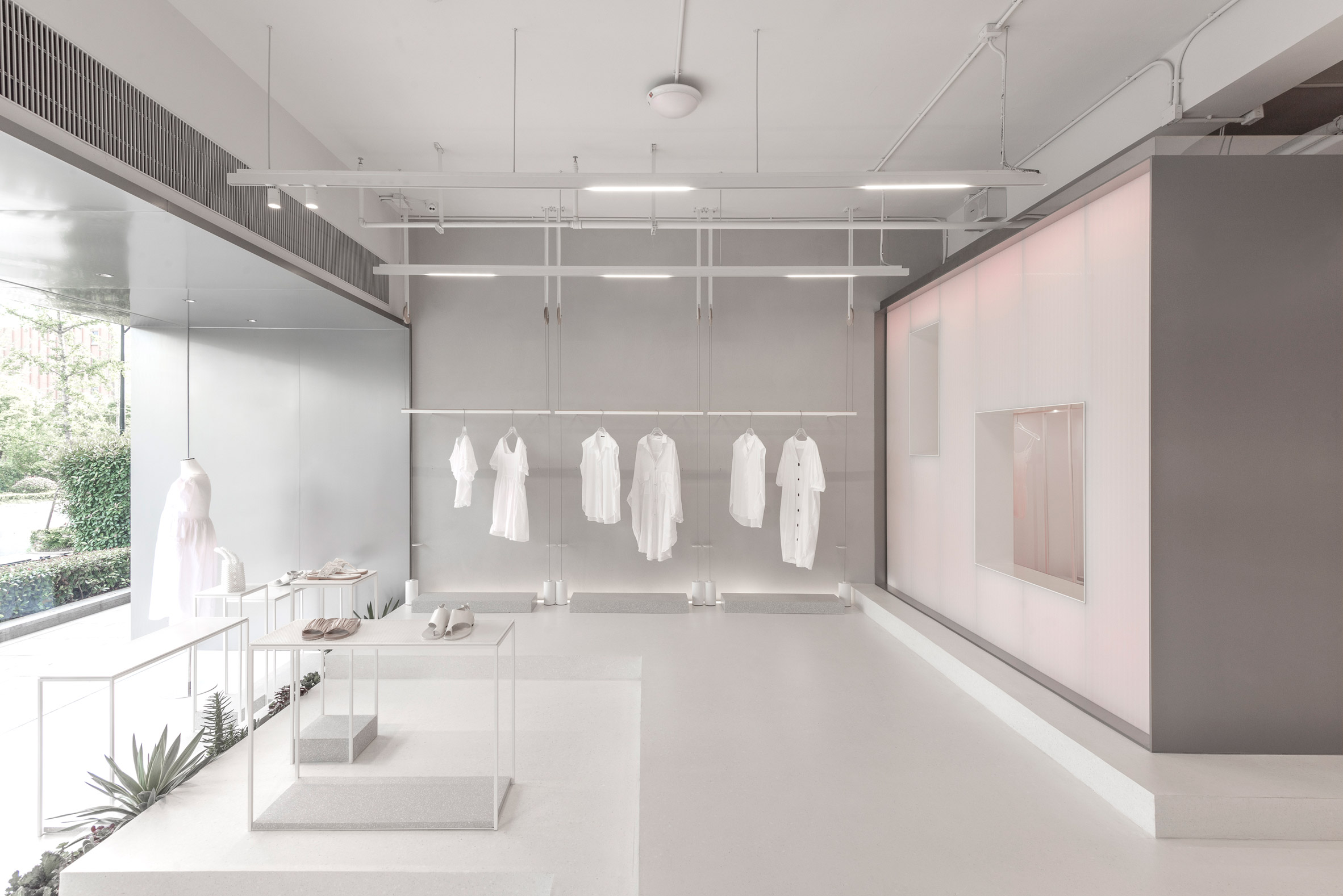 Three steel-clad boxes sit on an elevated platform with windows that frame the views through the space.

Fitting rooms are designed like mini stages in order to accommodate the habit of group shopping, where a potential customer wants to “cat walk” for their friends before making a decision to purchase.

“We think trying on new clothes can be a social interaction, so we want to differ from the conventional fitting rooms that normal tucked away behind a wall,” said Luk. 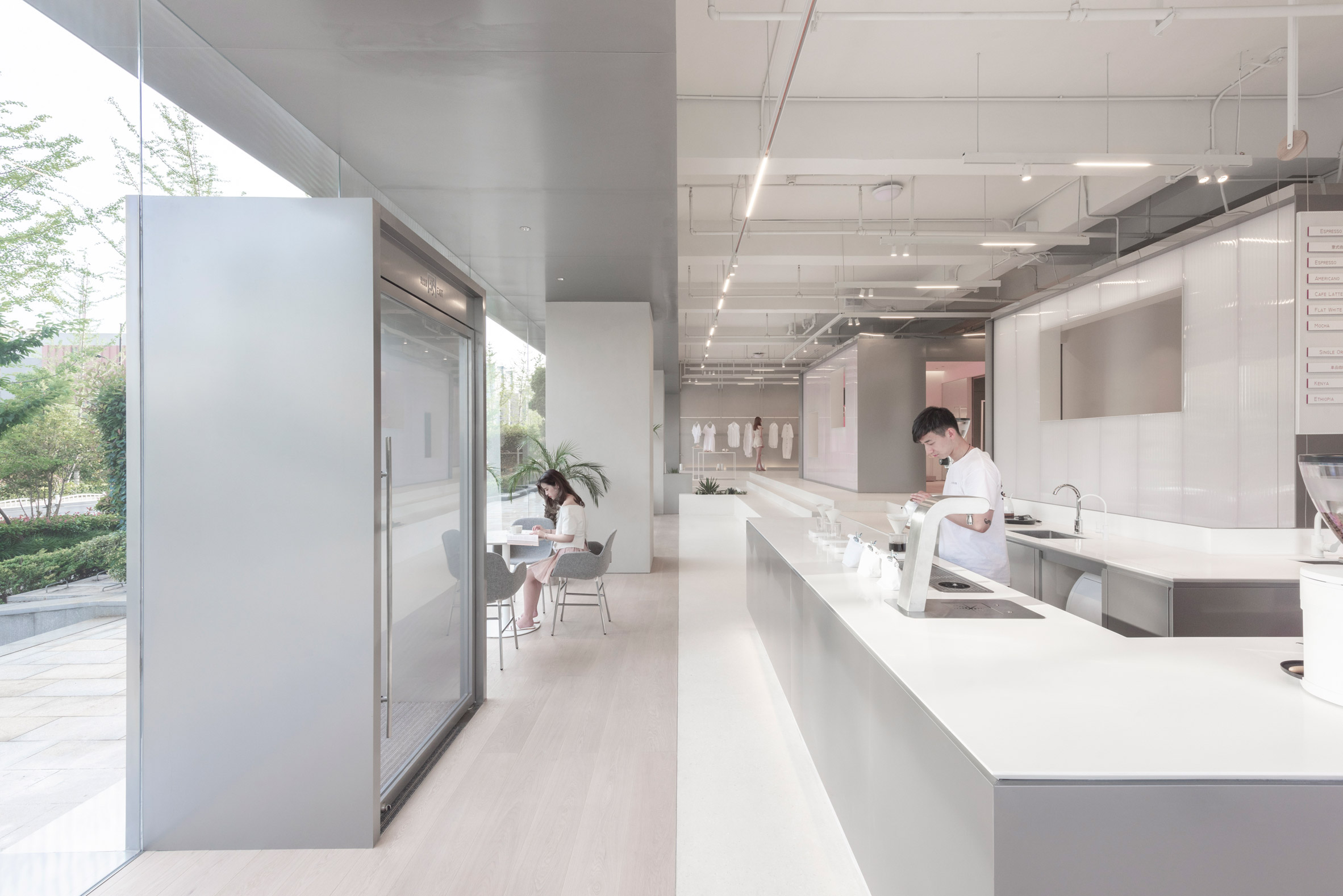 In the cafe, lighting was inspired by a backstage rigging system and the height of displays, mirrors and menu boards can be adjusted using pulleys.

The cafe has a clear view through to the retail space, aimed at encouraging spectators to move through to “participate in the scenes”. 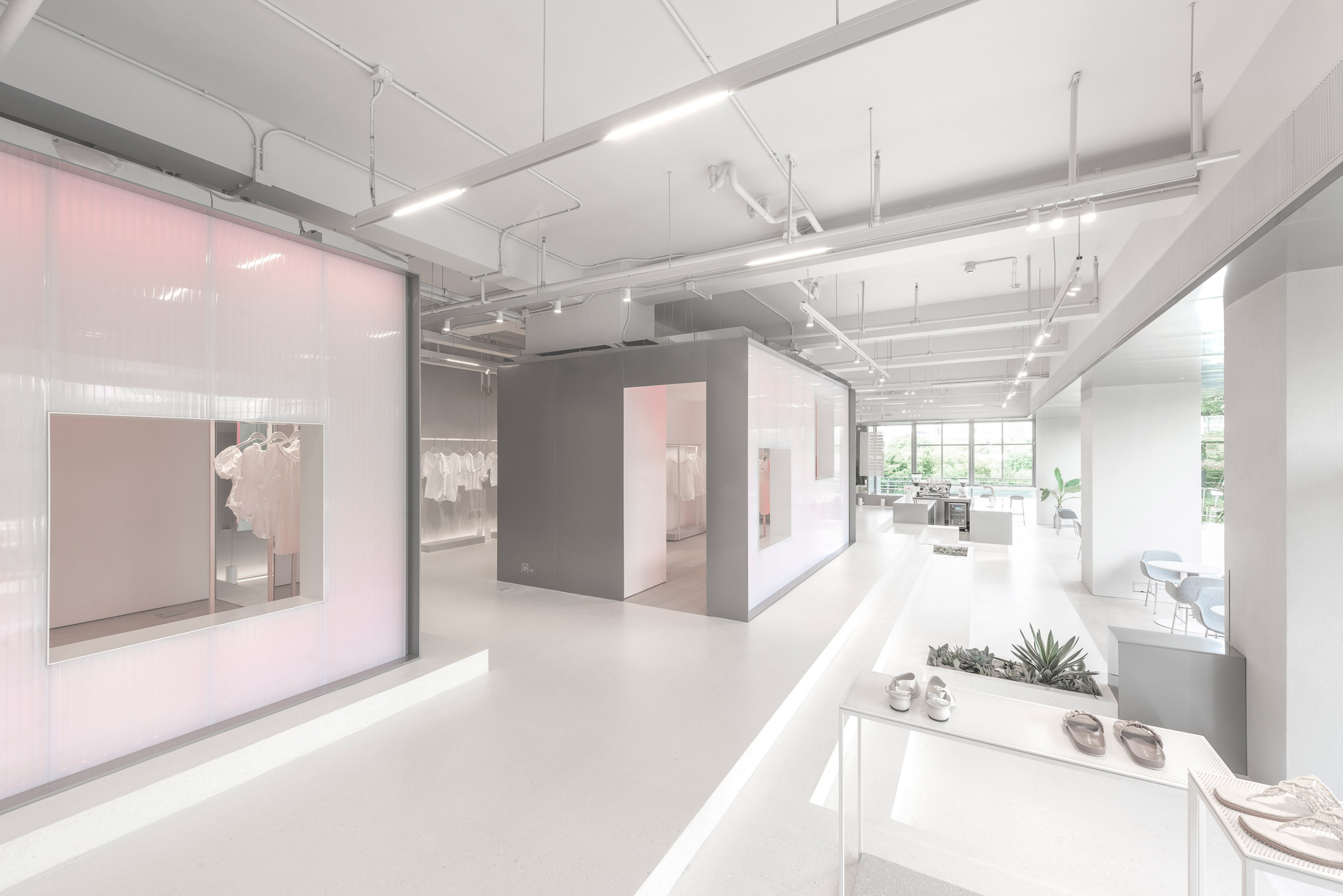 Alongside the cafe space is a playful, faux pool complete with pool entrance steps that continues the idea of theatrical sets.

This unusual addition in the semi-public space of the cafe is was designed to create interaction and conversation said the architect. 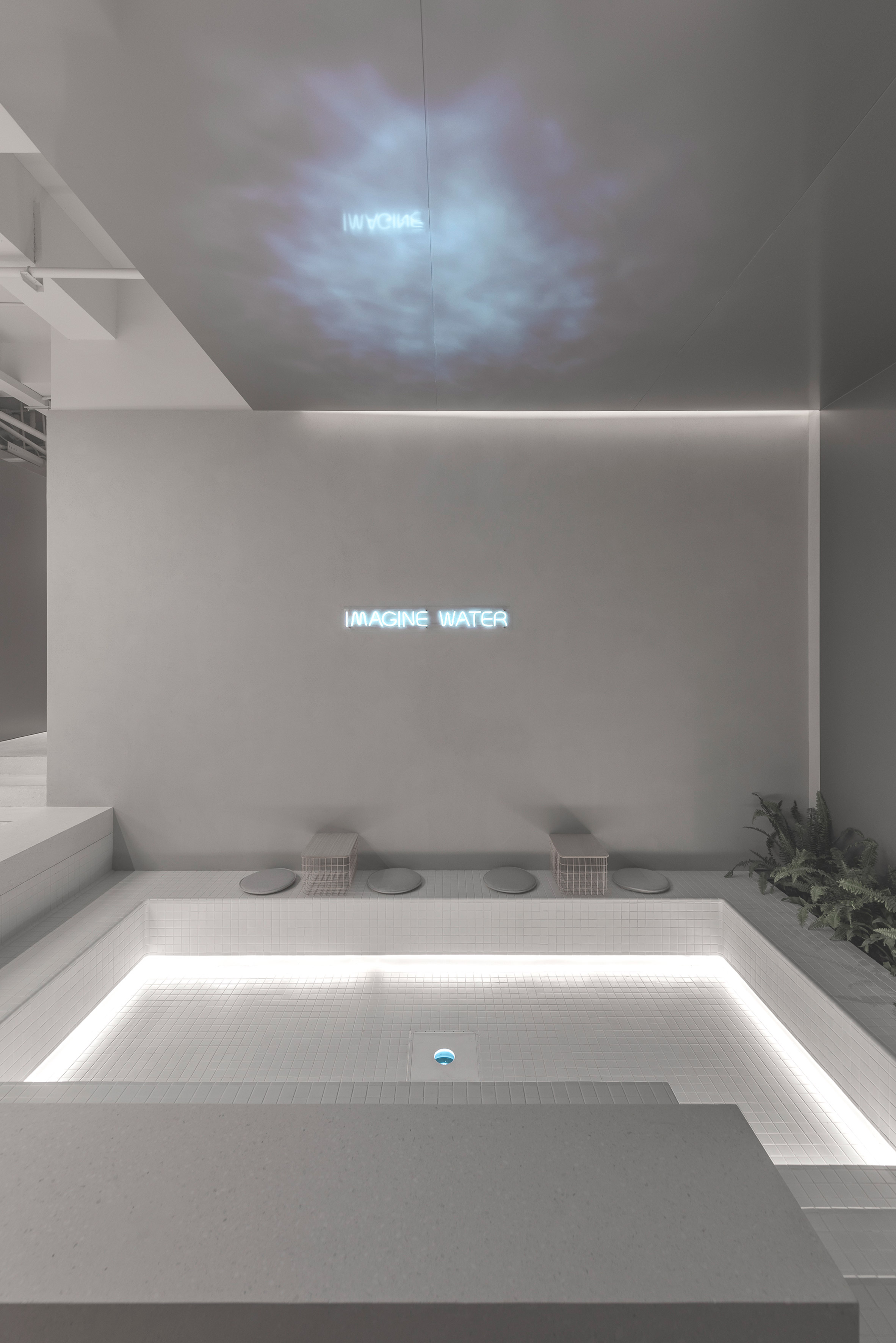 In previous work, Lukstudio has incorporated traditions into retail stores and restaurants to create spaces that local people can relate to. At the Noodle Rack in Changsha Lukstudio reinterpreted a traditional Chinese food drying rack with a metal grid structure and hanging wires that mimic noodles.