London-based architecture studio Hawkins\Brown has added a brick extension to a 19th century warehouse to create an office block at 53 Great Suffolk Street in Southwark, London. 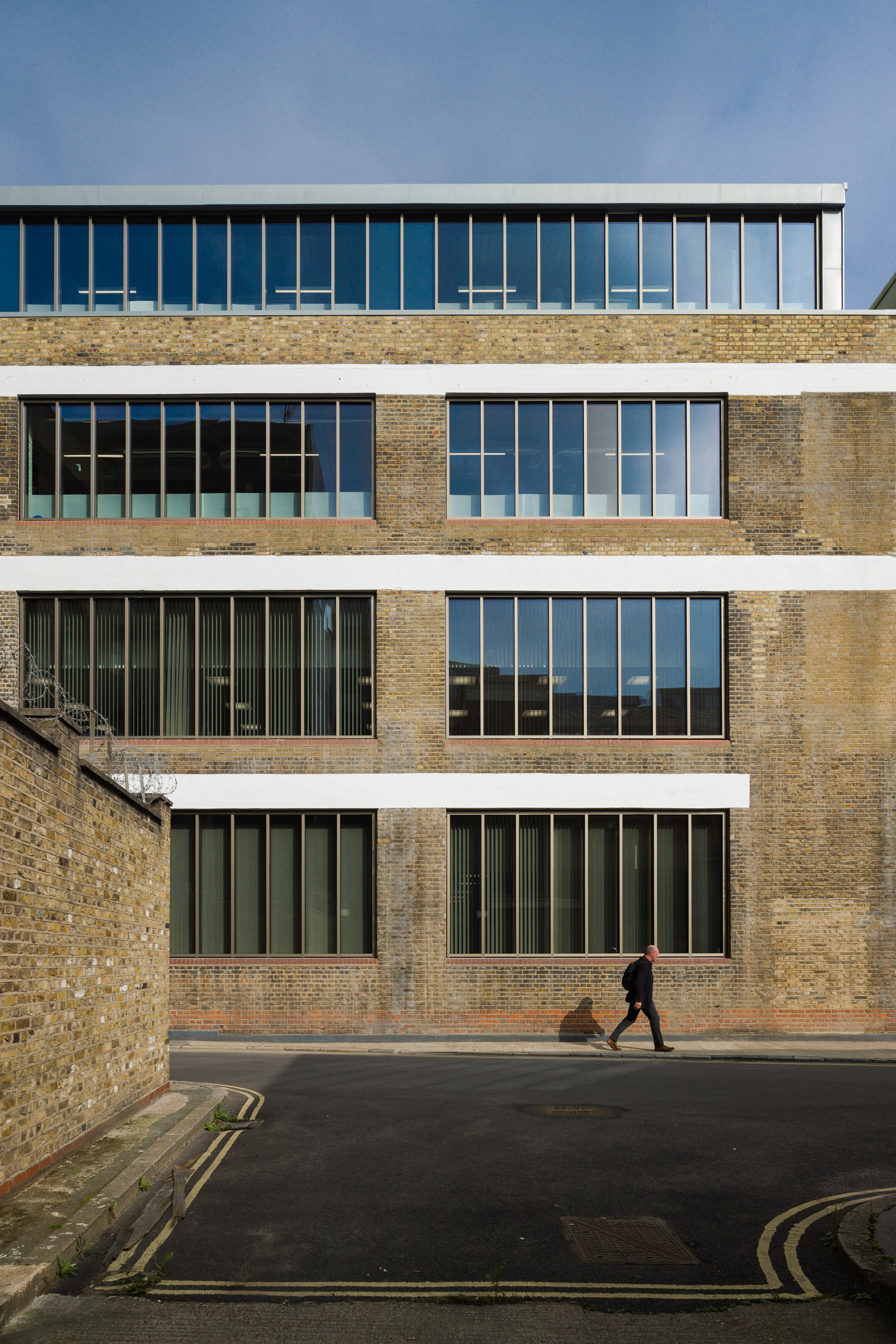 The warehouse, which was built in the 1890s and is believed to have previously been used as both a blacksmiths and a meat factory, has been repurposed as a 3,700-metre-square office space named 53 Great Suffolk Street.

Alongside the Victorian building a brick extension, matching the shape and form of the existing structure, has been built to double the building’s floor area. The office that now occupies the enlarged building has been shortlisted in the Business building category of the 2018 Dezeen Awards. 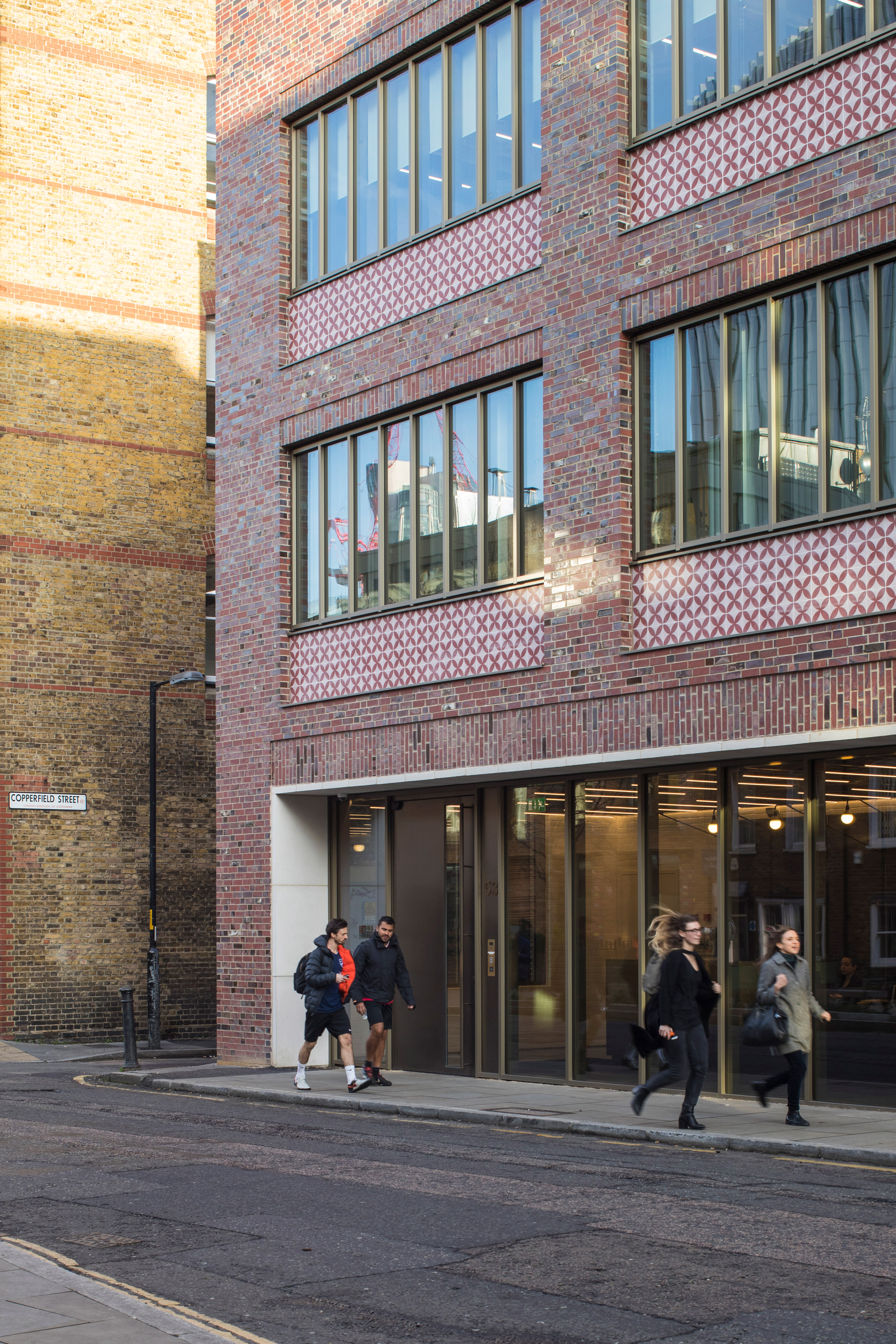 “The challenge was to create a new building which can be read as one whole, striking the right balance between being sympathetic to the existing warehouse and its special qualities but also to create a strong, contemporary and contextual building,” said Hawkins\Brown.

An addition floor was added to the Victorian structure, with the new building built at to the raised height. Dormers at roof level of both structures mean that the extra floor could be built without increasing the building’s overall size.

As very little additional weight could be put on the existing warehouse, Hawkins\Brown designed a cantilevered structure so that all the loads of the rooftop addition were placed on the new extension’s foundations, reducing the impact on the existing building.

Within the building a cantilevered steel staircase forms the focal point of the office. Sitting within a glazed enclosure, this stair is visible from each of the offices and also acts as a light well drawing natural light down into the office spaces from above.

The raw steel of the staircase is referenced in other spaces of the renovated warehouse and extension linking the new and old together. 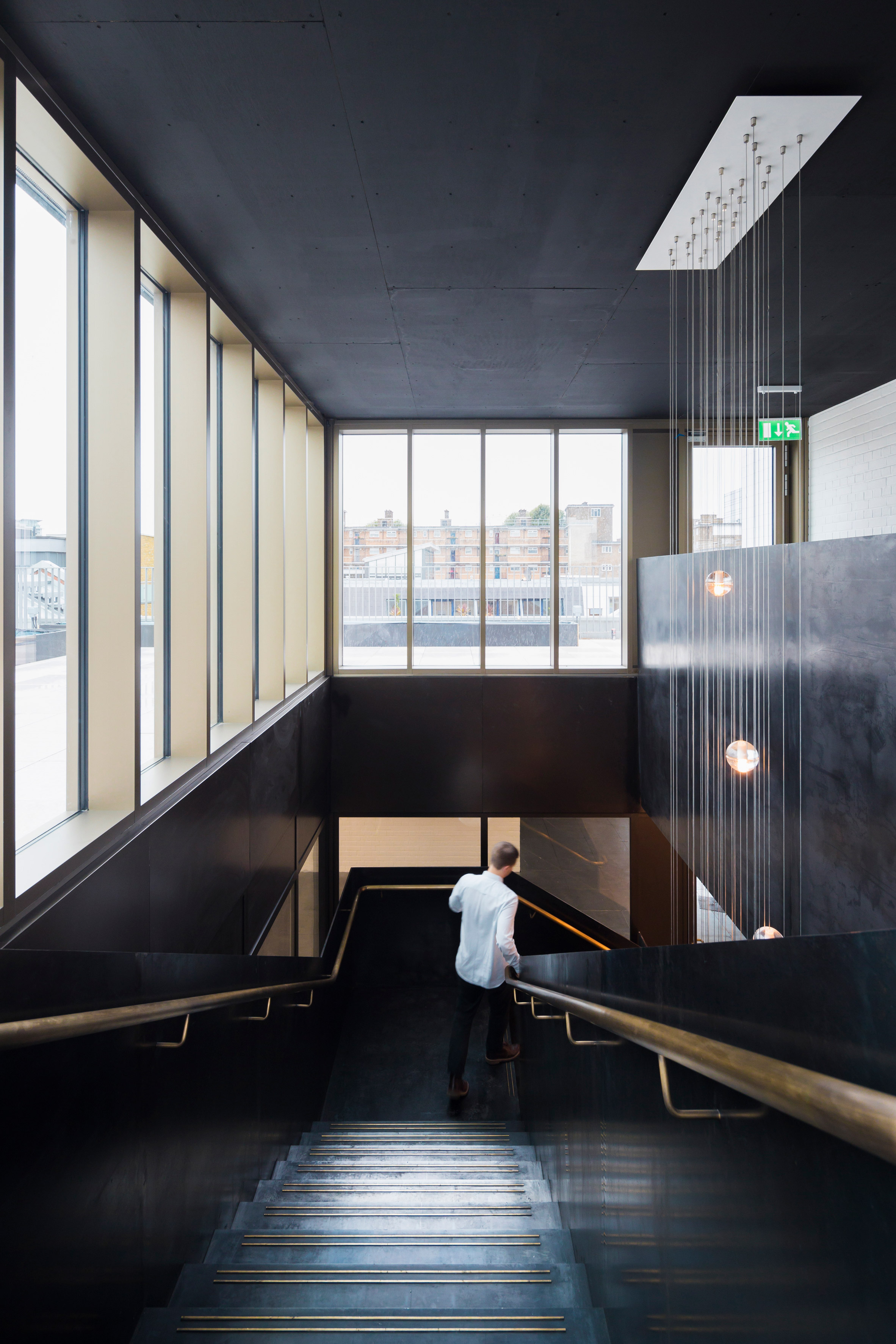 Throughout the project Hawkins\Brown avoided using plasterboard and instead the interior materials were left bare contrasting with the steel and brass detailing.

“A palette of carefully considered, textural, crafted and natural materials were selected to compliment the raw nature of the existing warehouse building”, said the architect. 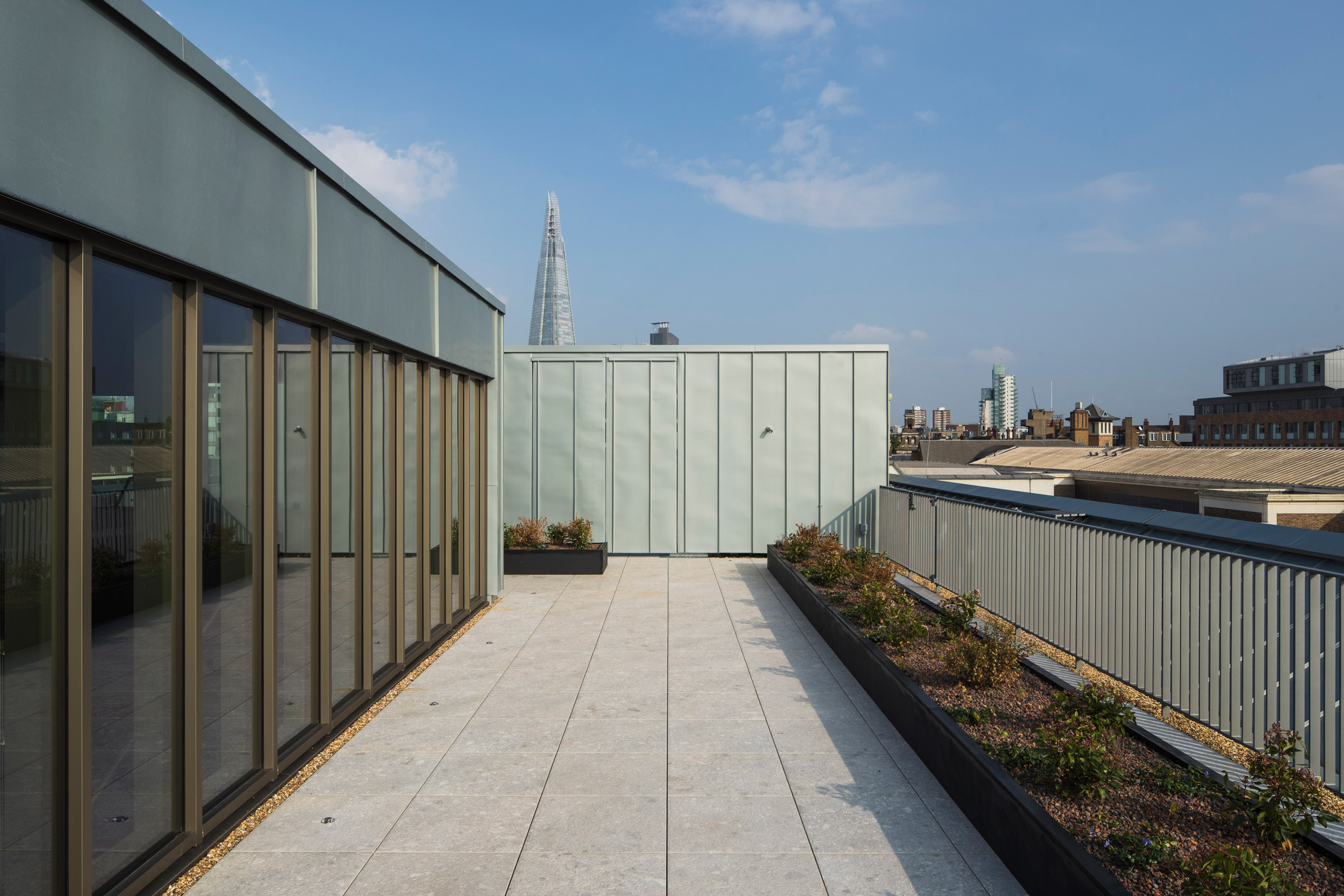 Externally bricks were carefully chosen from German manufacturer Janinhoff to complement, but not match, the existing brick warehouse. At roof level, a new shared terrace provides an outdoor space for workers and a space to host events.

Hawkins\Brown, which recently celebrated its 30th anniversary, was founded by Russell Brown and Roger Hawkins and has offices in London, Edinburgh and Manchester.

The studio’s other projects include a wooden treehouse suspended from the ceiling of a theatre company, and the refurbishment of the Bartlett School of Architecture.

Photography is by Tim Crocker unless stated.