An Ottoman-era home in Jaffa has been refurbished as a spa, where Japanese elements sit alongside original Arabic details like arched ceilings and stone walls.

Designer Yoko Kitahara, who emigrated to Israel from Tokyo‘s Hayama seaside region over a decade ago, designed and developed the concept for the spa – which she also named after herself. She had some help from her husband Liran Benami, an architect who practises in nearby. 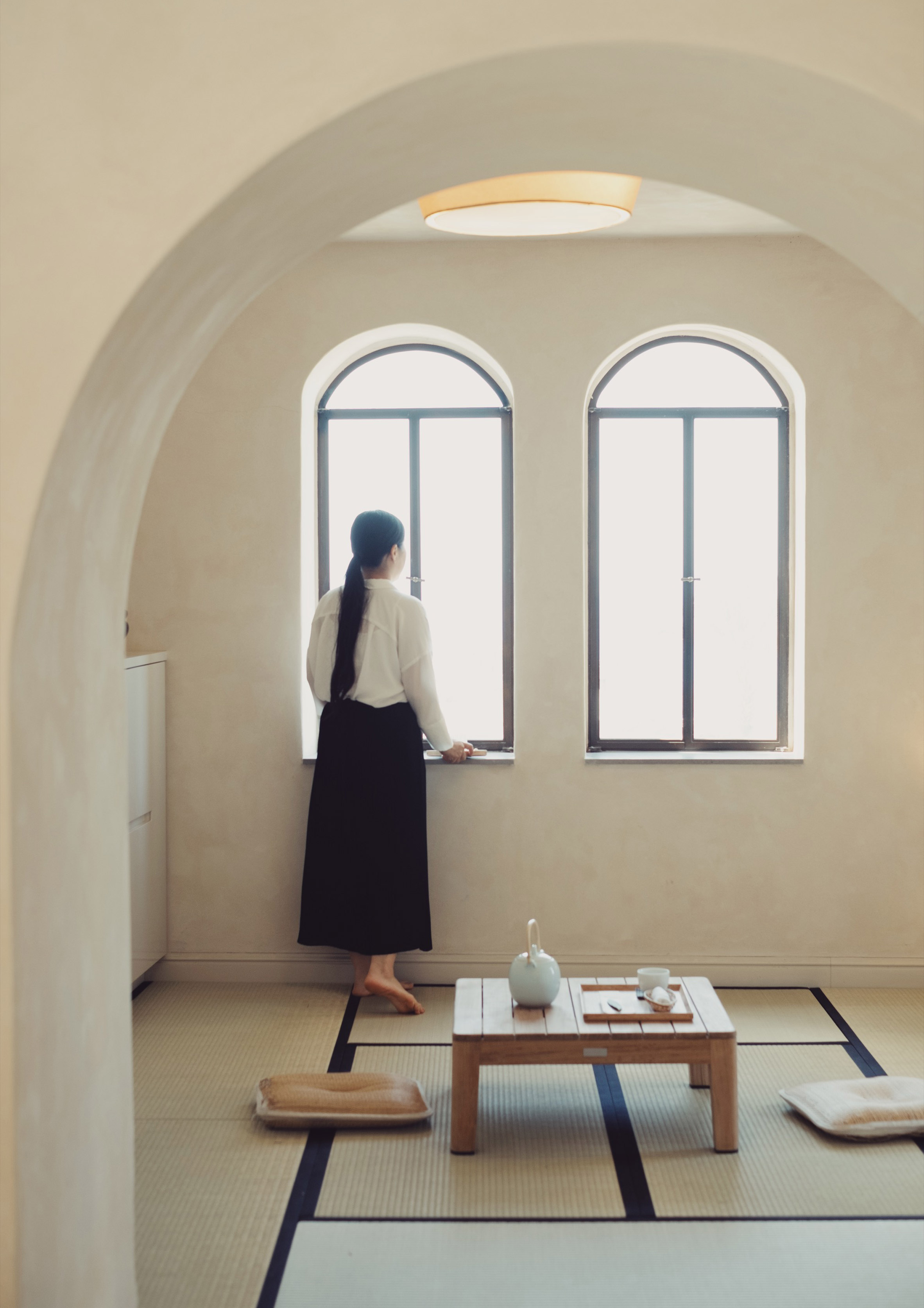 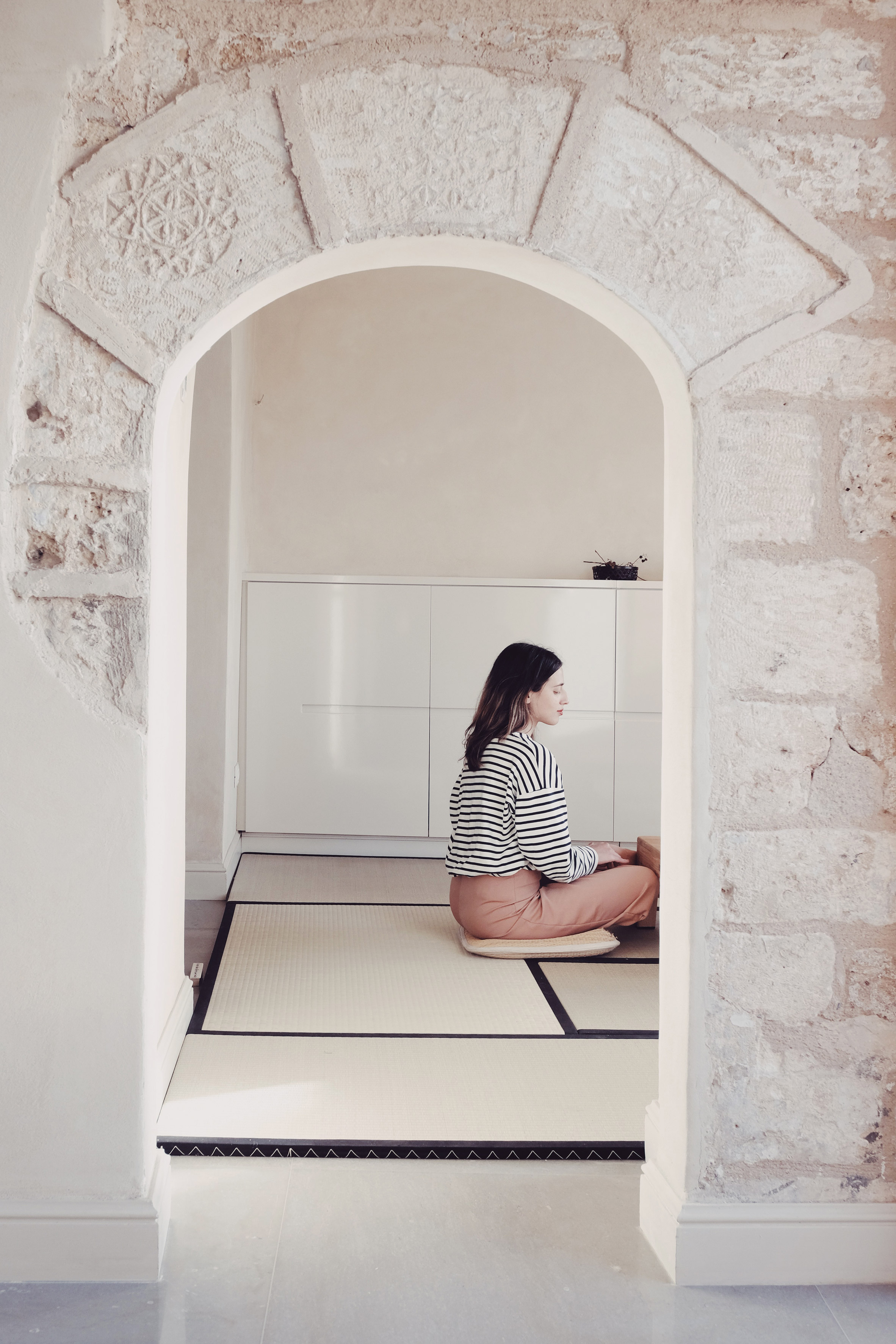 Taking cues from the home’s existing architecture, while relating them to Kitahara’s Japanese heritage and years of training, the spa fuses Arabic and Asian influences in a succinct way.

The duo combined Japanese touches with the retained 300-year-old details, rather than drastically overhauling the space. 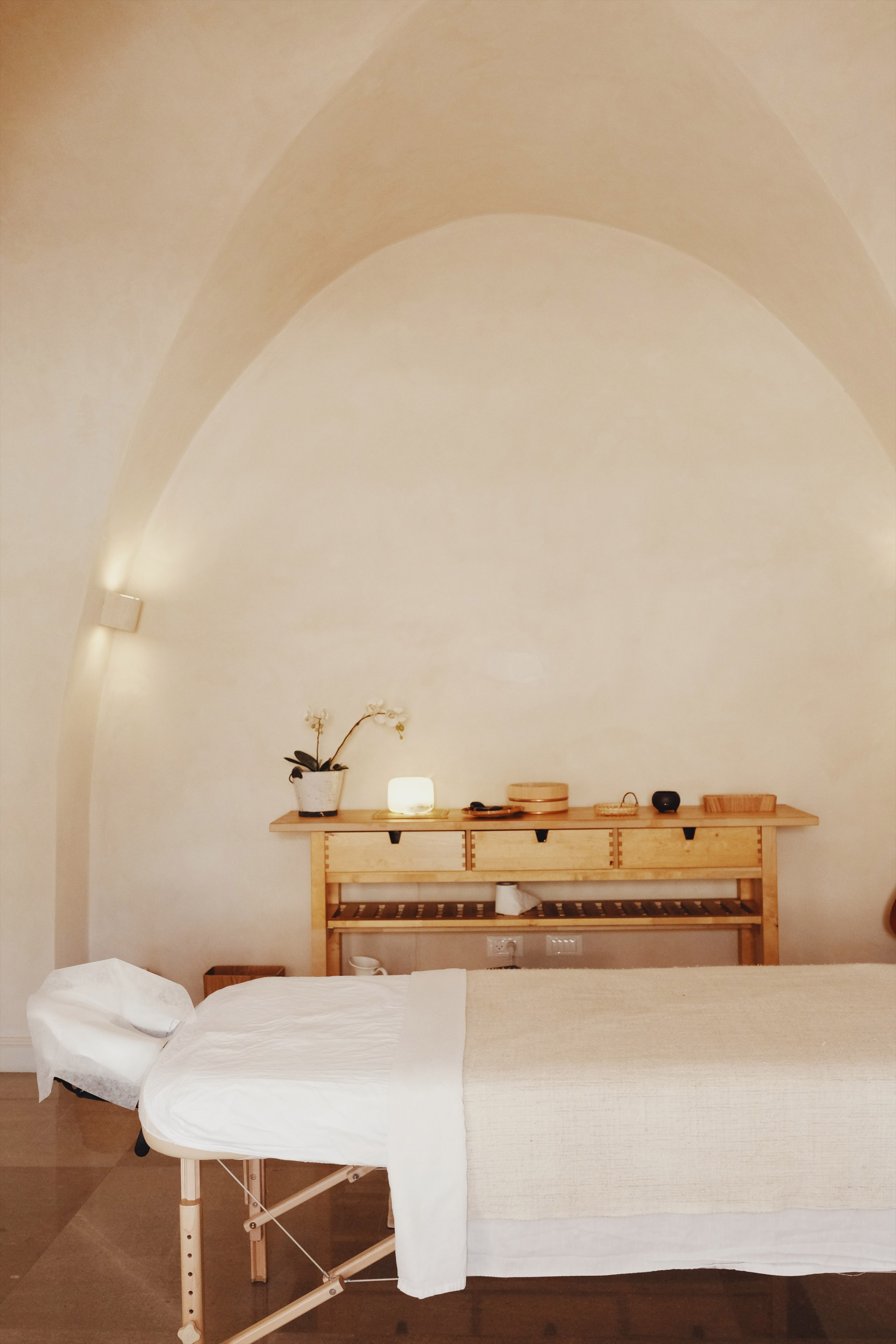 The renovation took a year and a half to complete, and was handled by local craftsmen. The team preserved the vaults and arches, and an arched glass vitrage – the only spot of strong colour in the space. 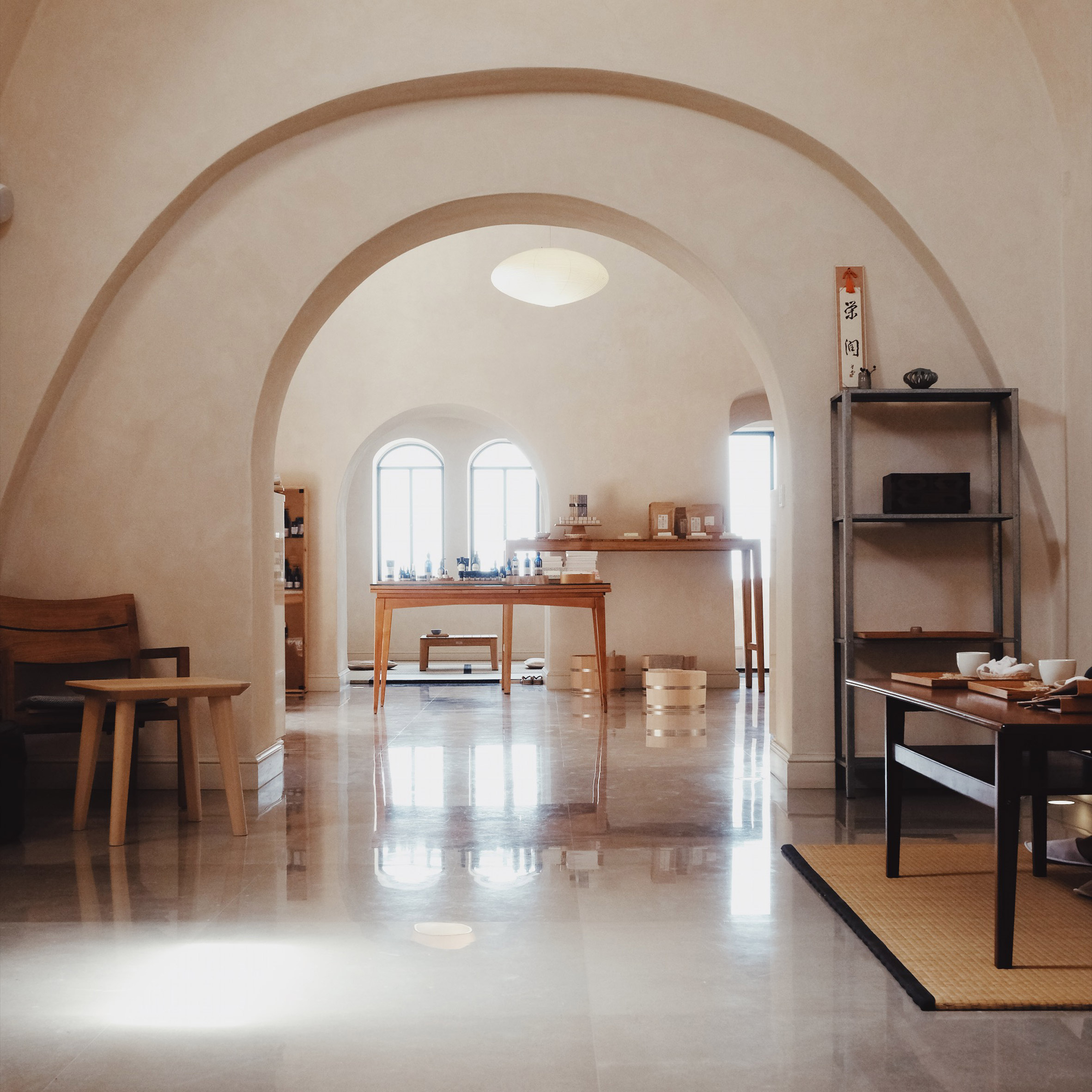 “It was important for me to do it [the renovation] in a way that would leave the original structure and shape of the Ottoman architecture visible and present, but to give it a minimalistic feel,” Kitahara told Dezeen.

Natural plaster covers all of the surfaces, blending the walls with the ceilings to give a unified look, while retaining the original drama of the site. 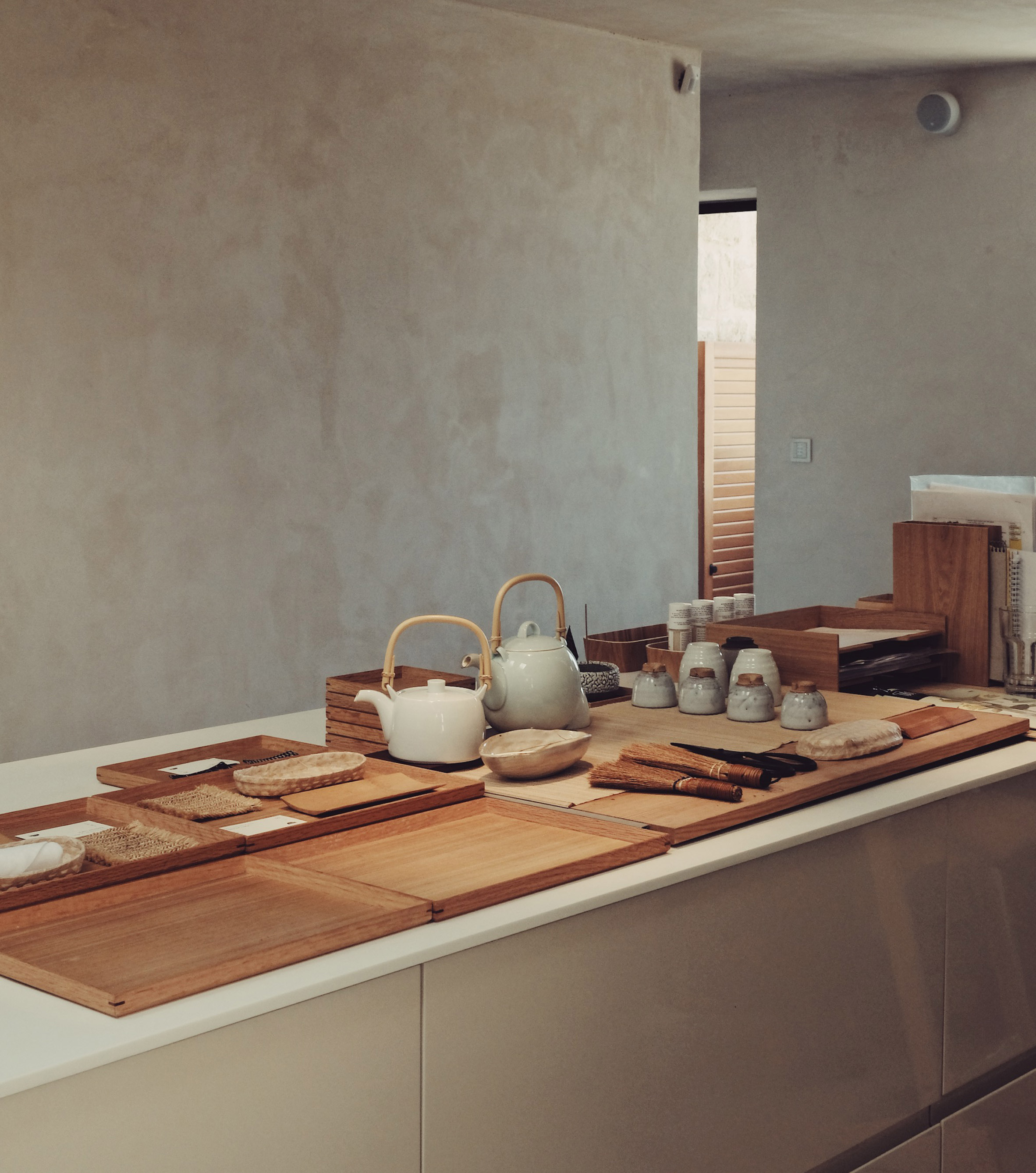 Old window frames were replaced with custom-made thin steel, to maximise the views of the Mediterranean.

Much of the floor plan of the former home was left intact, with bedrooms turned into treatment rooms, and a kitchen for preparing tea and snacks. 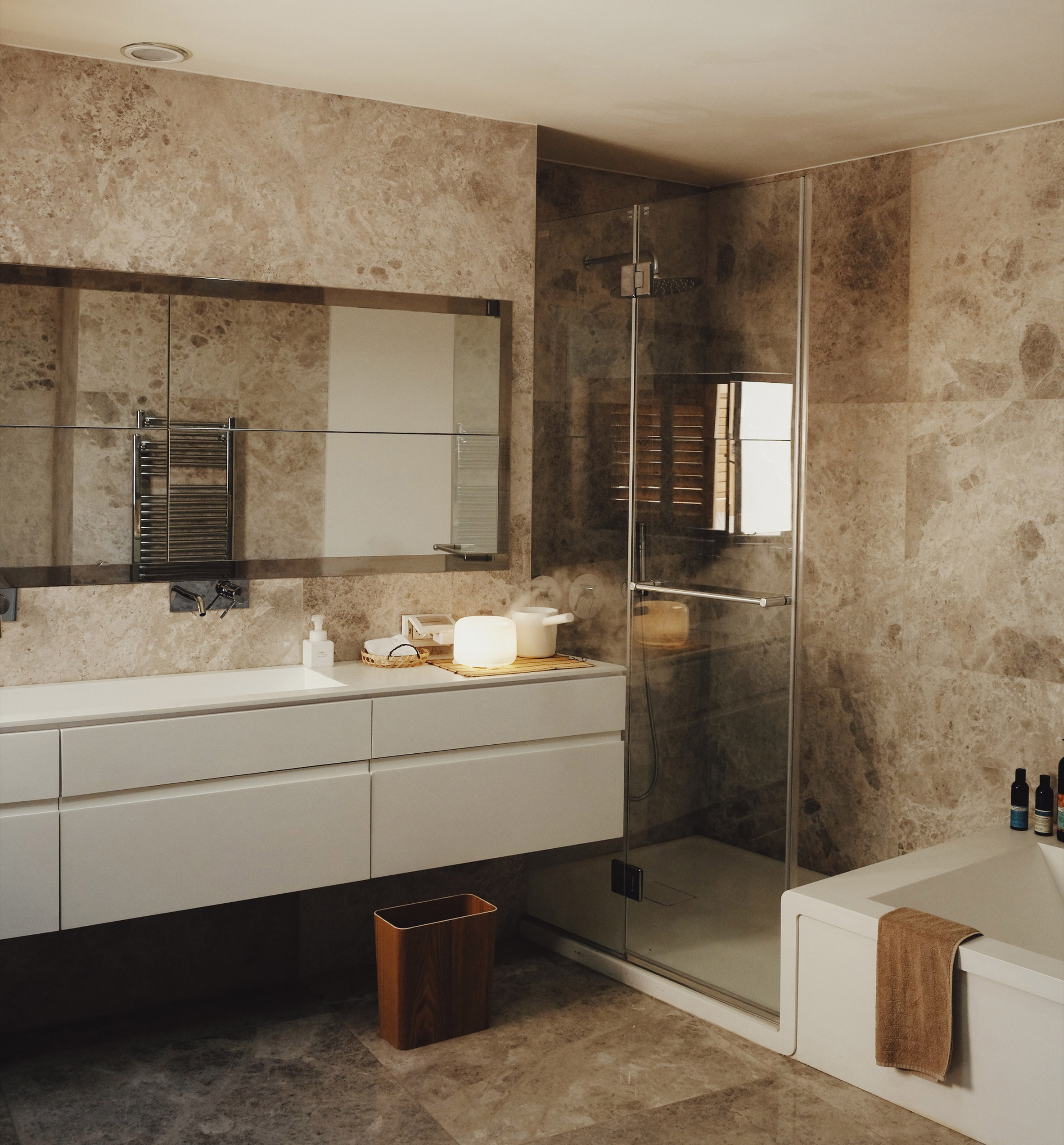 One area is a now traditional tatami room, for which the woven mats needed to be custom-cut to fit the room’s irregular shape.

Other cabinets have arched tops and reflect the arched ceilings, and were painted white to not interfere with the quiet visual atmosphere. 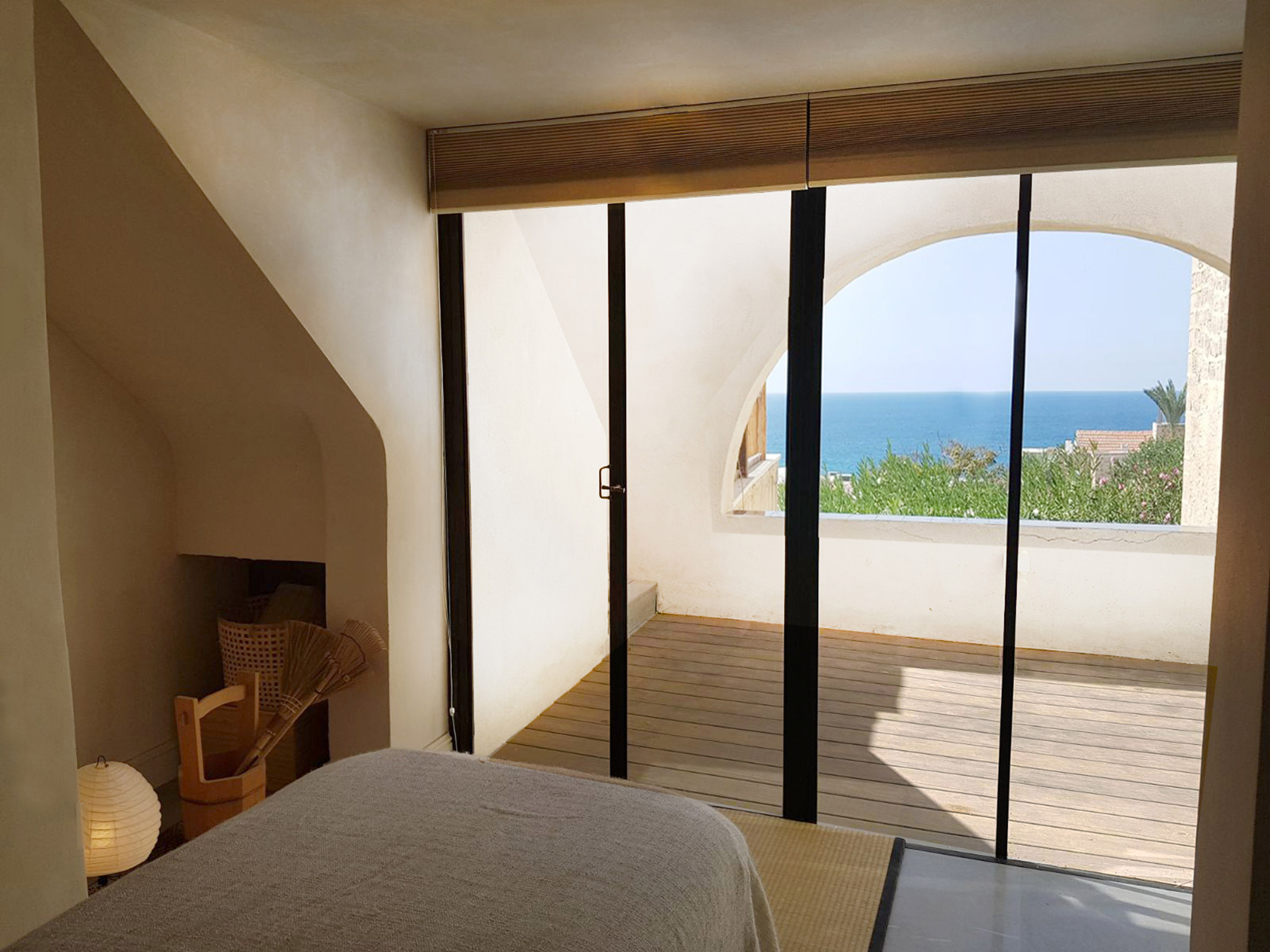 “Almost all the objects and accessories we use are imported from Japan by me – all the light elements, the trays, cups, wood bowls, sleepers, incense, defusers, pottery, the tea we serve and even also the robes and towels,” said Kitahara.

Wooden bins for foot baths – known as Ashiyu – are made from natural Japanese Hinoki wood. “It has a wonderful fragrance, and it is very light and strong wood with beautiful light colour,” the designer said. 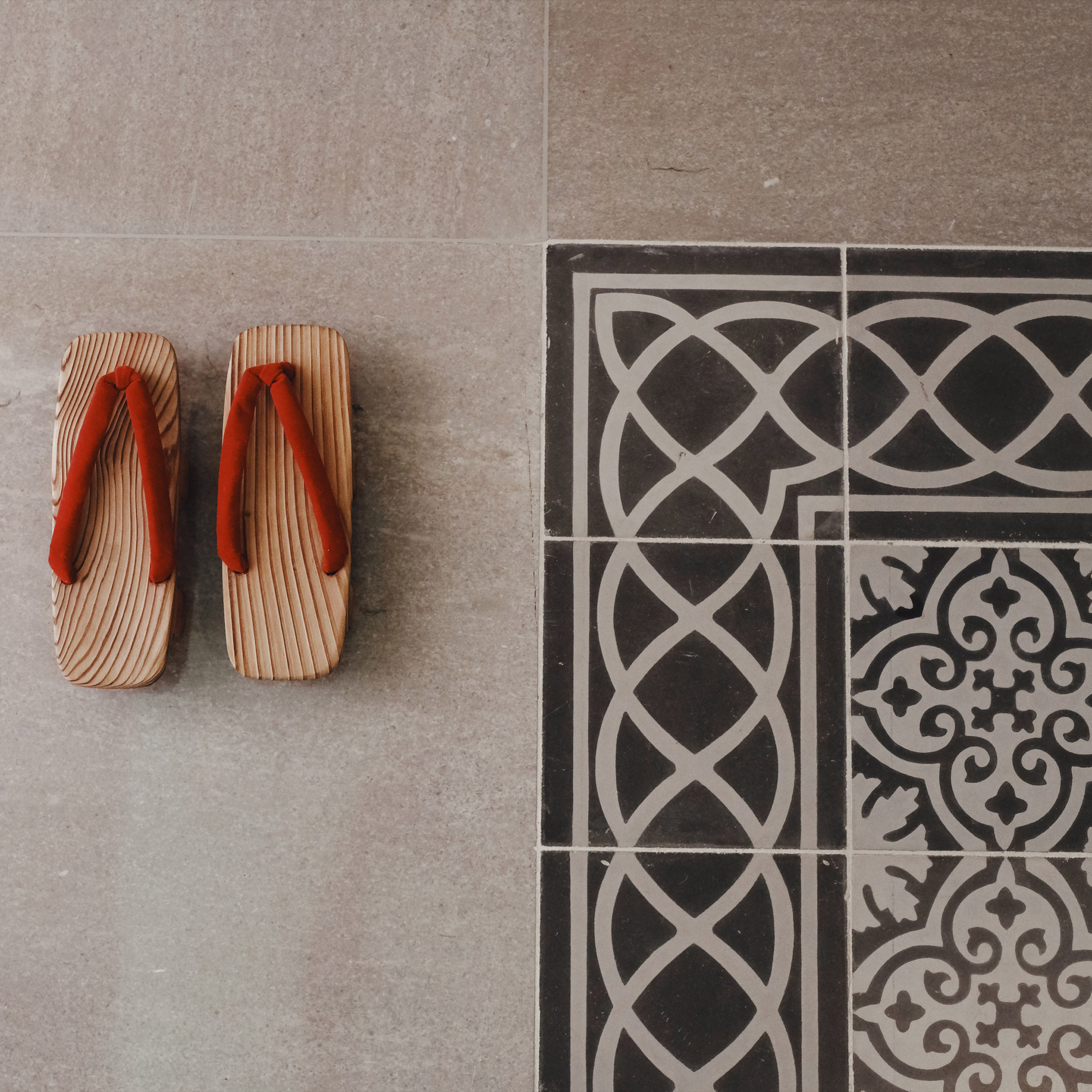 The two-storey rooftop, which was neglected previously, was also renovated and offers panoramic views of the city and nearby Tel Aviv.

Jaffa is well known for its Arabic architecture, and many projects completed there are reflective of the city’s historic charm. Examples include Jaffa House by Pitsou Kedem, where vaulted ceilings and stone walls were also exposed, and John Pawson’s transformation of an old convent into the Jaffa Hotel.

Photography is by Sasha Zacks.