Danish retailer Vipp has created a factory-made, metal-and-glass micro dwelling that comes filled with the company’s line of homeware products.

Called Shelter, the 55-square-metre structure is intended to serve as a nature retreat and “battery-charging station for humans”, said Kasper Egelund, who heads the brand. 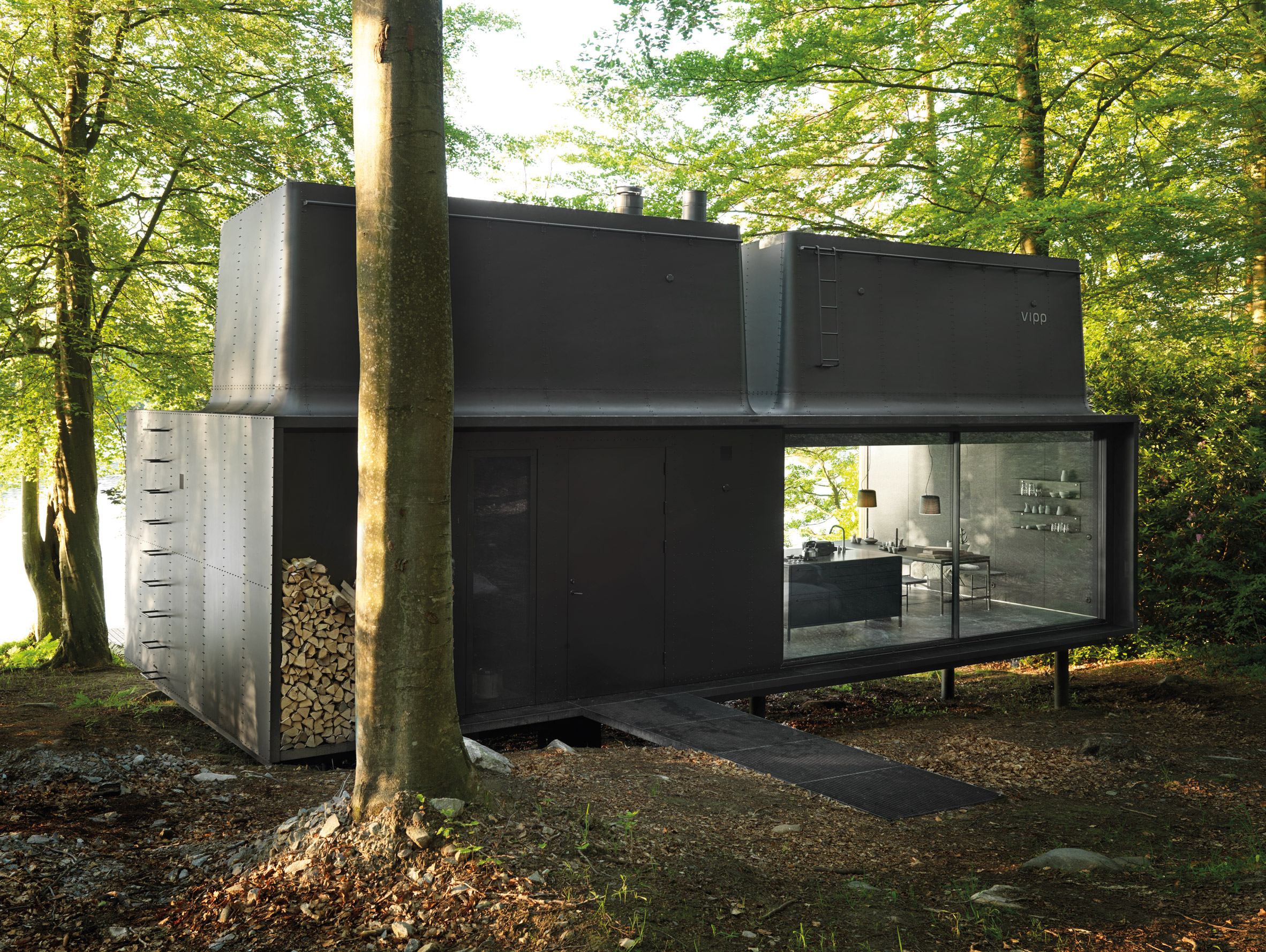 “Vipp has made a plug-and-play getaway that allows you to escape urban chaos,” said the company, which has a showroom in New York.

Vipp got it starts more than 75 years ago with the invention of its pedal-controlled metal wastebin, which is part of MoMA‘s collection. 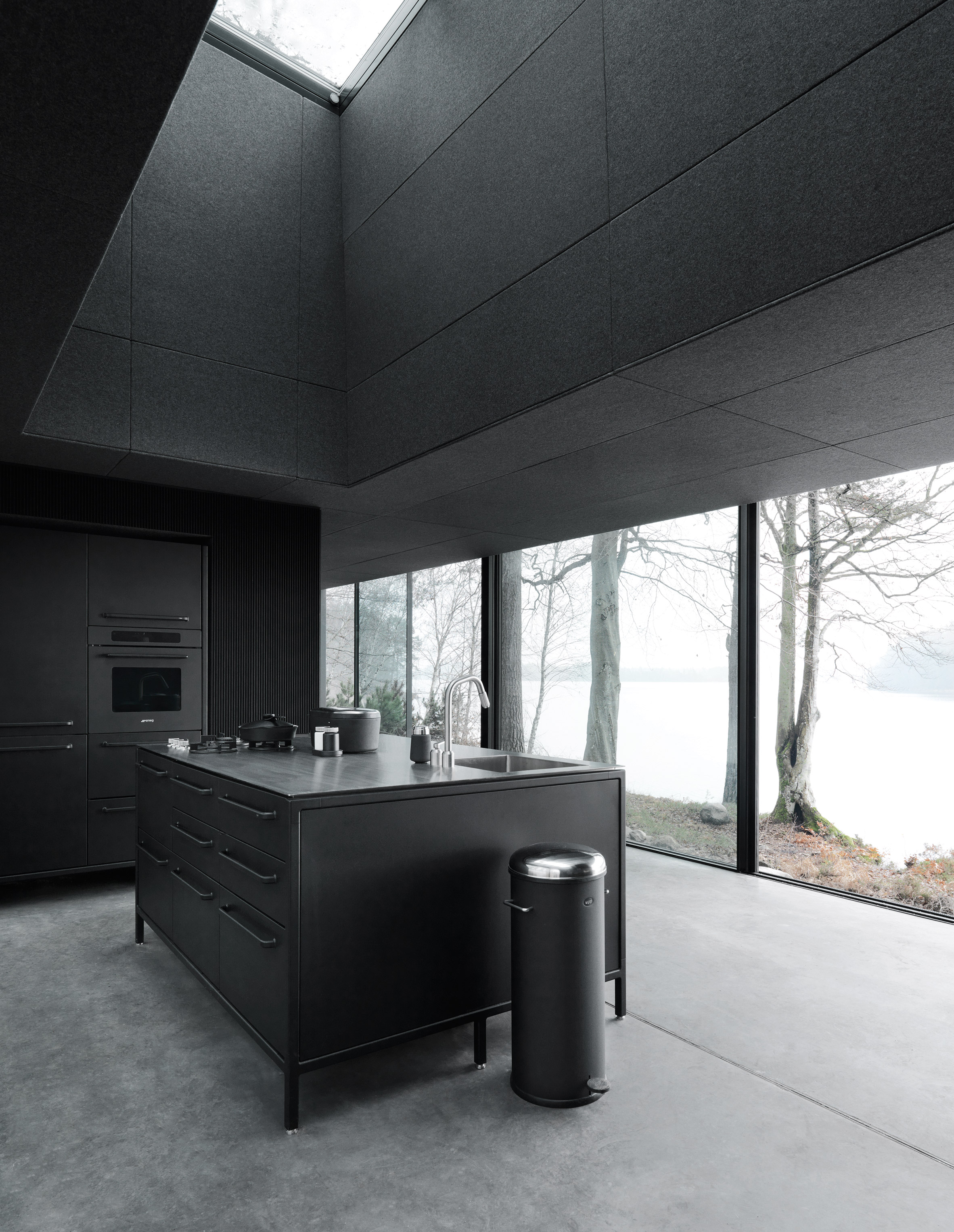 The company offers an extensive line of metal and ceramic homeware, with Shelter, first unveiled in 2015, marking its first venture into dwellings.

Other product companies that now produce housing include Japanese brand Muji, which recently unveiled a nine-square-metre, blackened timber hut that will sell for £21,000. 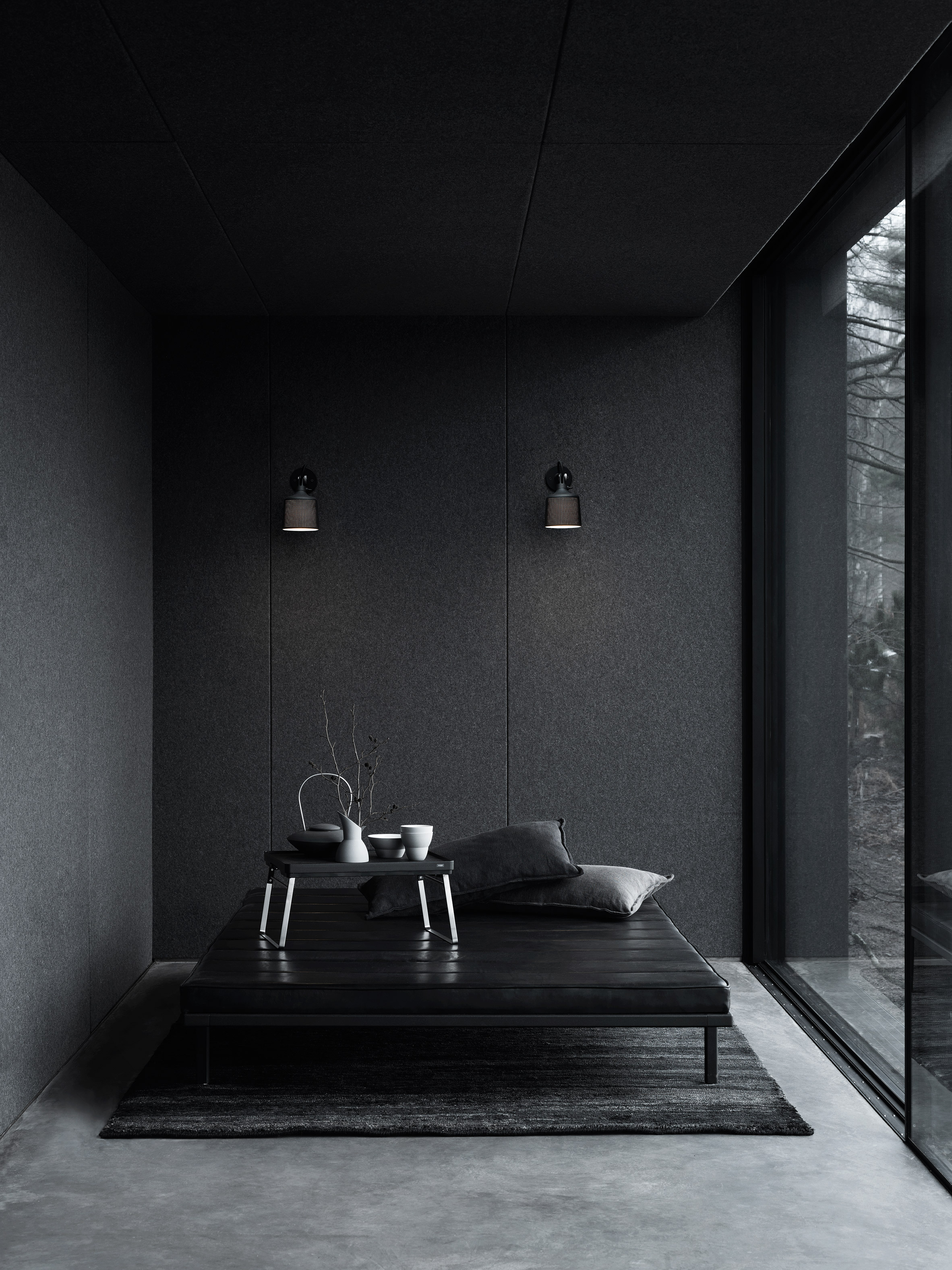 The Vipp cabin consists of a metal-and-glass rectangular box that is elevated off the ground by pilotis. Two chambers protrude from the roof – one of which contains a light chimney, while the other houses a compact sleeping loft.

Prefabricated just north of Copenhagen, each steel-framed cabin takes six months to produce and three to five days to install. The cost is €485,000 (£410,700), which does not include transportation. 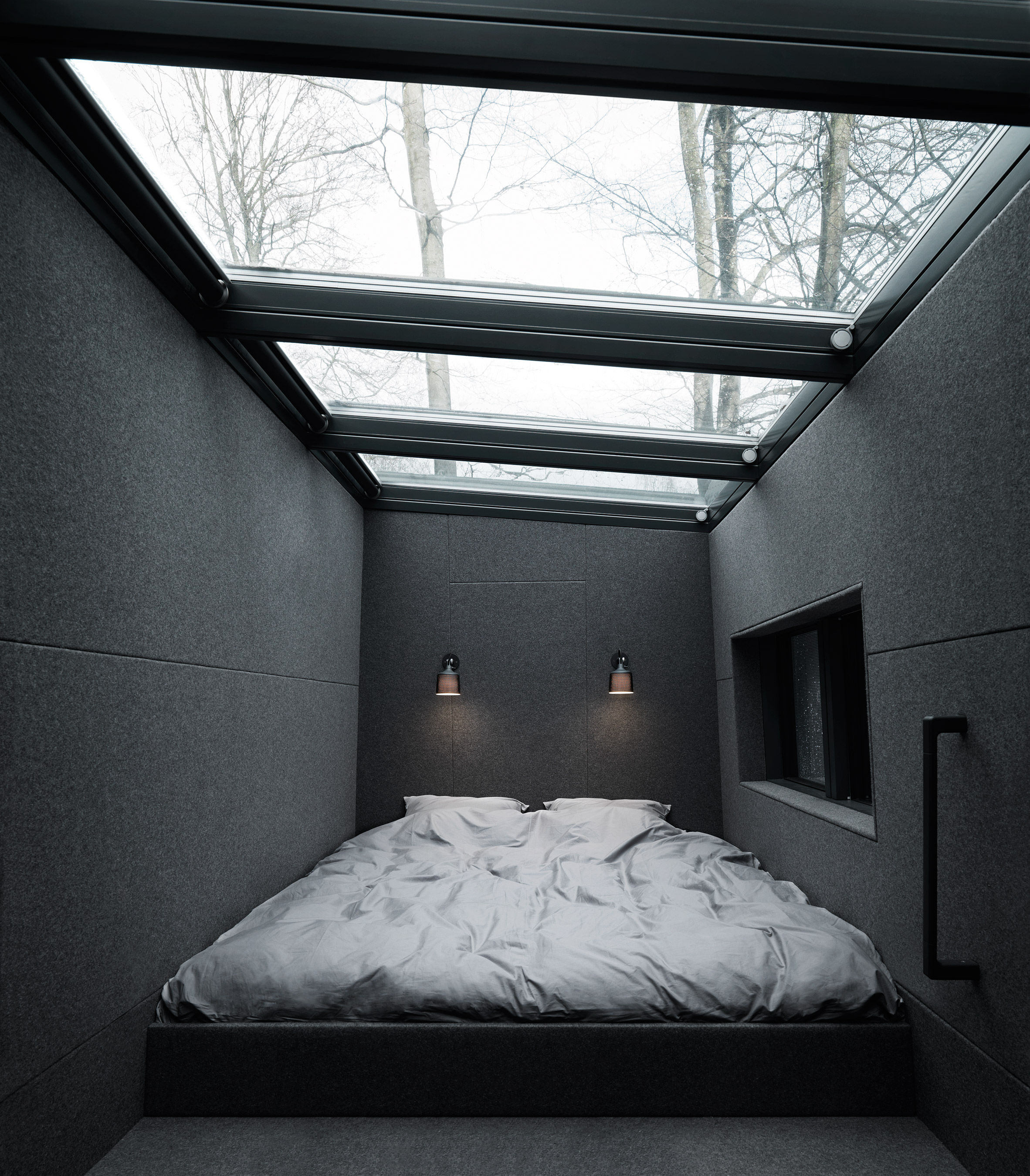 On the main level, the dwelling contains a kitchen, a dining area, a bathroom and a bedroom with a fireplace. A ladder leads to the narrow sleeping loft, which has a glazed ceiling.

Floor-to-ceiling glass provides views of the terrain, while also serving as a barrier between inside and out. 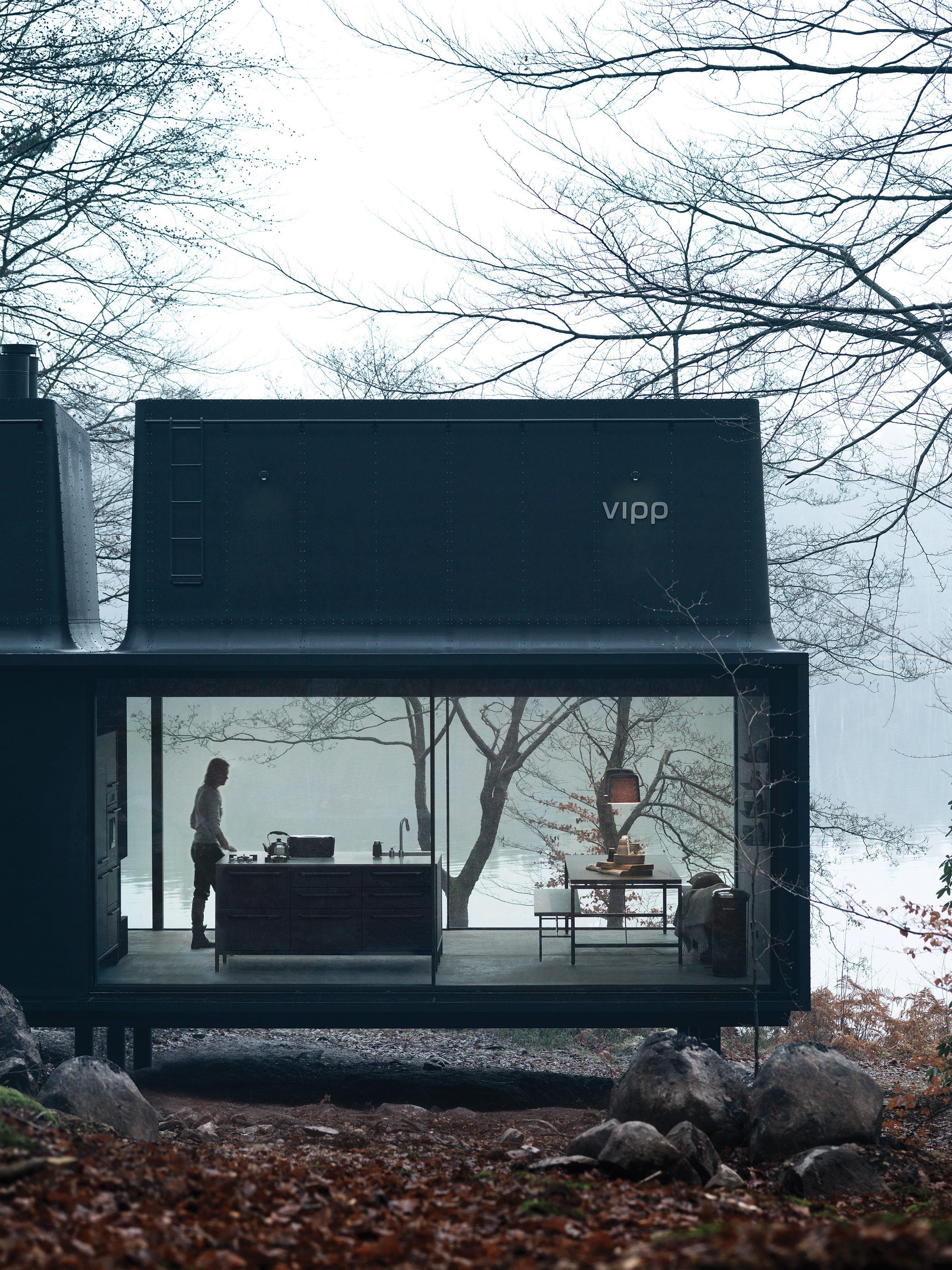 “Nature is omnipresent within the transparent shell, yet with a physical blindage in the form of parallel, sliding windows that provide shelter from the forces of nature,” the company said.

The dwelling comes equipped with Vipp products, including shelving, furniture, lighting and linens. Even soap dispensers and toilet-cleaning brushes by Vipp are provided. 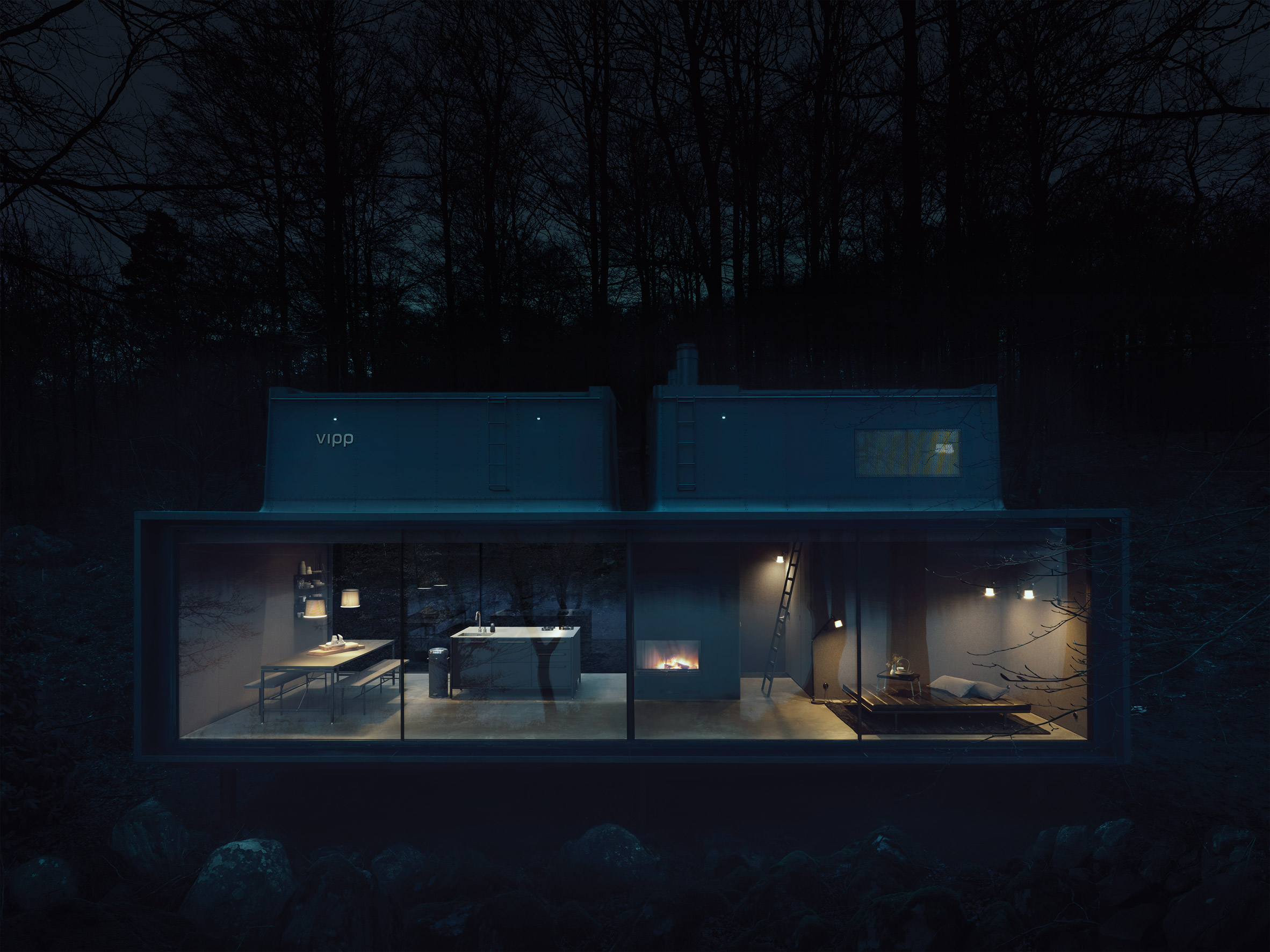 The same principles that guide the company\s product designs were employed while conceiving the cabin.

“There is no evident link between a pedal bin, a kitchen and a shelter, but enter the shelter and the philosophy of one, long-lasting, functional tool per category is embodied in every object you see,” the company said. 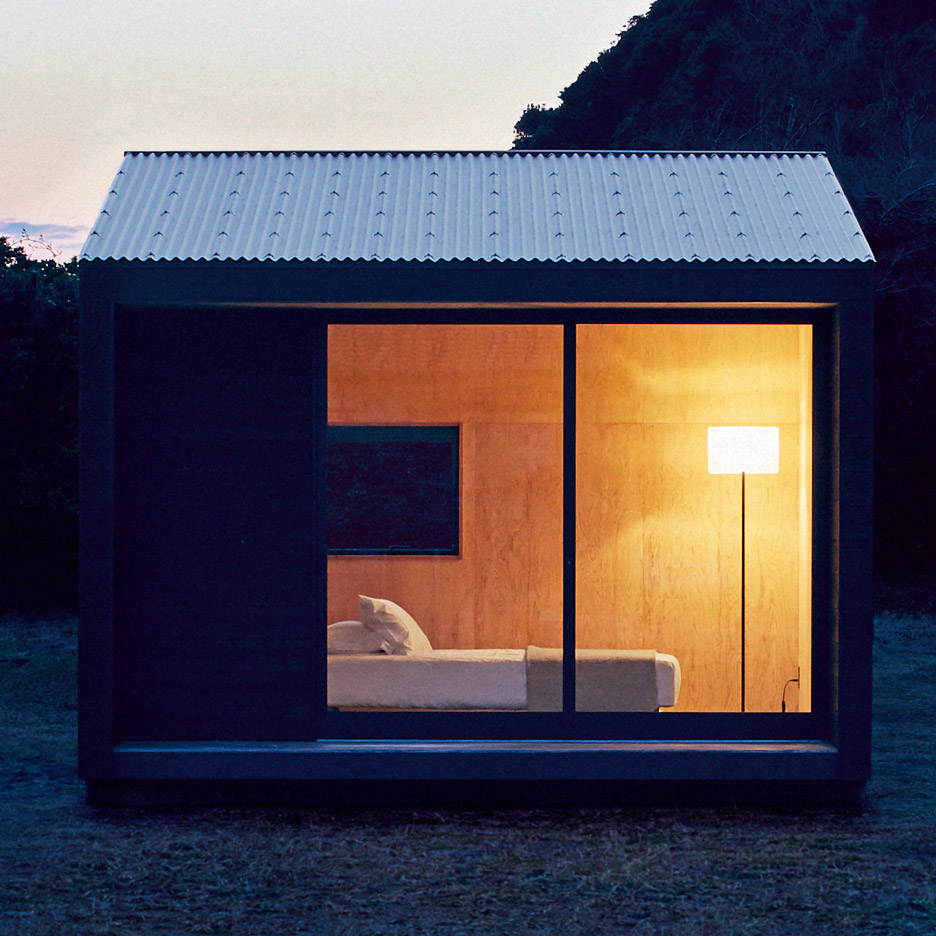 The post Vipp prefabricated cabins are designed as “battery-charging stations for humans” appeared first on Dezeen.