Balenciaga: Shaping Fashion opens at London’s V&A today, with the exhibition showcasing over 100 pieces of the Spanish designer’s work from the later stages of his career, as well as the works of designers he has influenced.

Cristóbal Balenciaga founded the Balenciaga fashion house in 1919, and went on to become one of the most important and influential designers of the past century.

The exhibition at the V&A is split into two sections – one that looks back on the later part of his career, and the second examining his effect on other contemporary designers such as Molly Goddard and Rei Kawakubo.

The retrospective focuses on Balenciaga’s work during the 1950s and 60s – a period in fashion history that was still much dominated by Christian Dior‘s New Look, which favoured hourglass silhouettes. 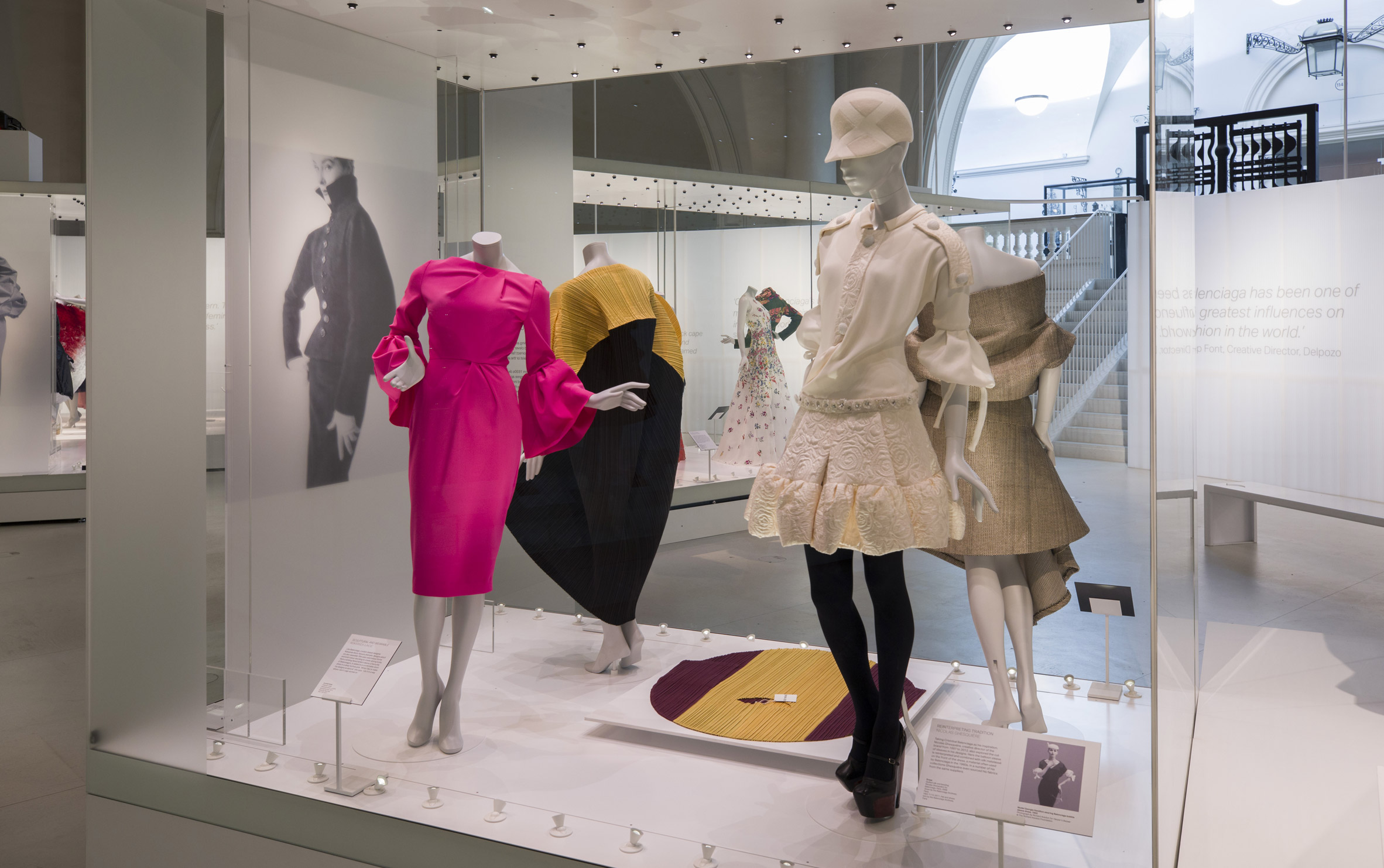 “This is the part of his career where he’s distilling all these ideas about design, he’s paring back his pieces and he’s creating really architectural shapes,” curator Cassie Davies-Strodder told Dezeen.

“It’s at the beginning of the 50s that he begins to break away from what other designers are doing and pursue his own shapes and more revolutionary modern pieces.” 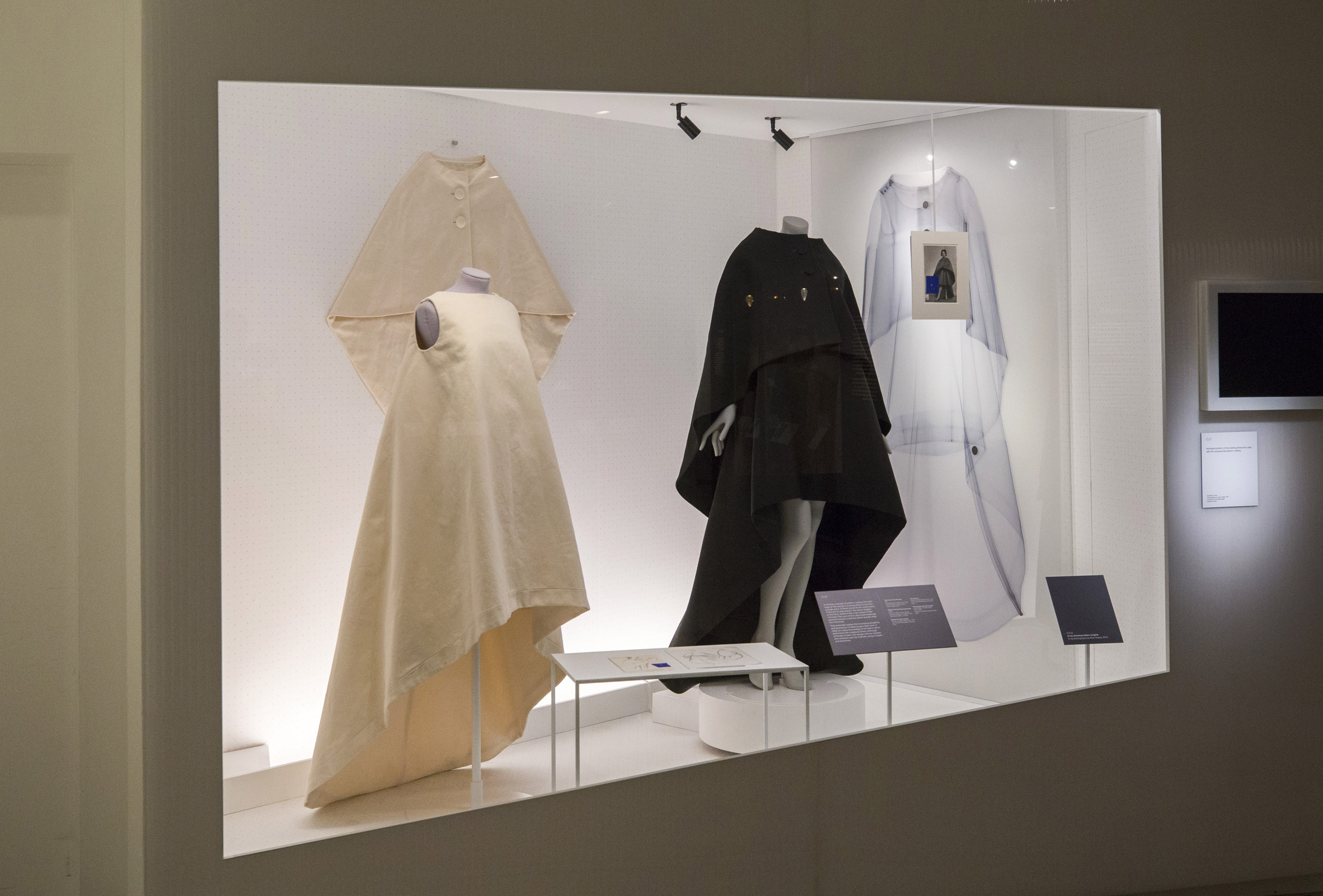 Throughout the second section of the exhibition, parallels are drawn between the designer’s work and other modern practitioners – from Comme Des Garçons exaggeration of the body to Celine’s penchant for minimalism.

Described by Coco Chanel as “the only couturier in the truest sense of the word”, Balenciaga was known for his impeccable and intricate garment construction – something the V&A has highlighted through a series of X-rays. 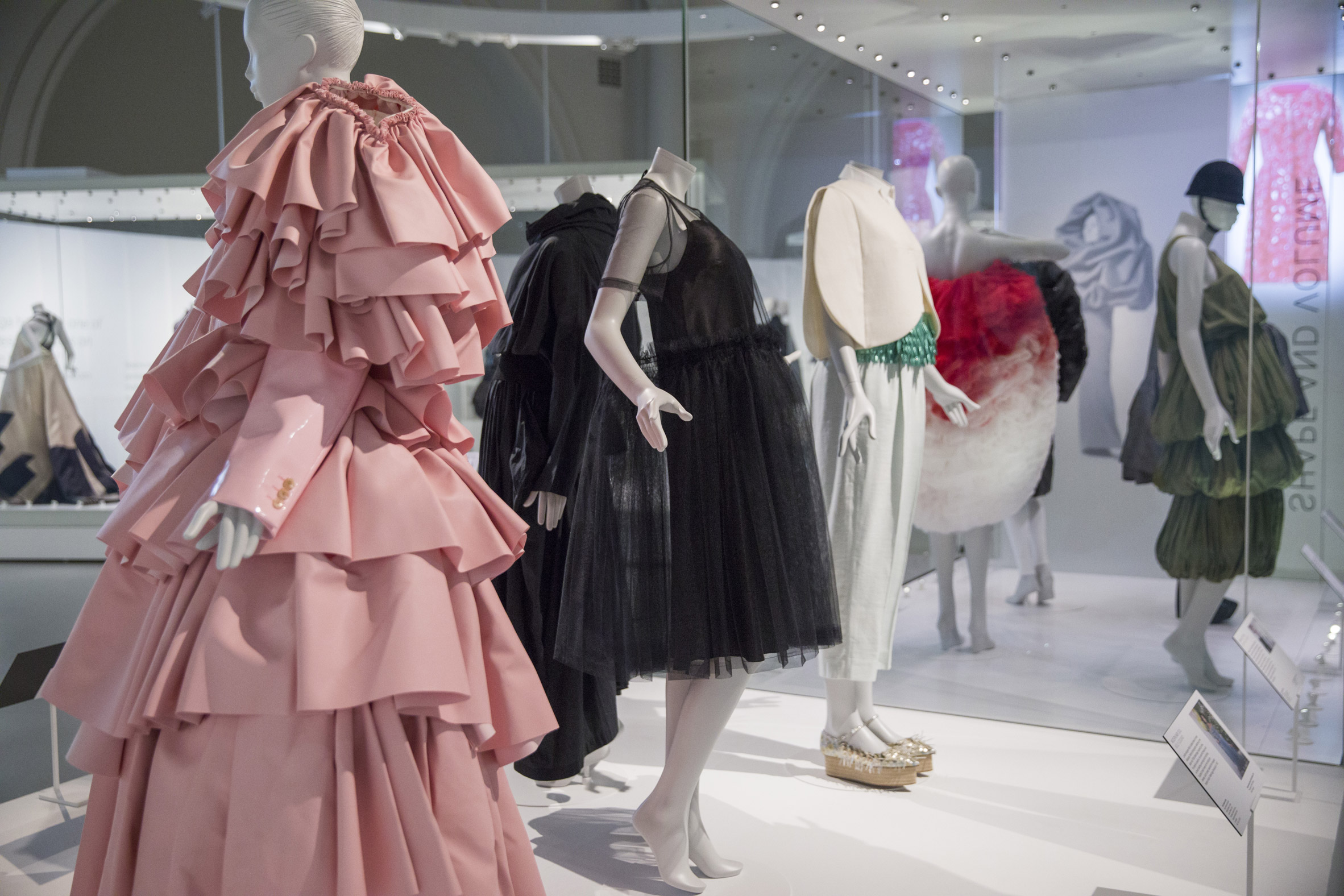 These X-rays, created by artist Nick Veasey, show hidden construction details that would be otherwise invisible and are displayed next to the corresponding garments.

Ahead of the exhibition, Dezeen asked Cassie Davies-Strodder to pick five pieces from the exhibition that are most significant to her – some which showcase the evolution of the brand under its current creative director Demna Gvasalia, and others that are typical of the brand’s original aesthetic: 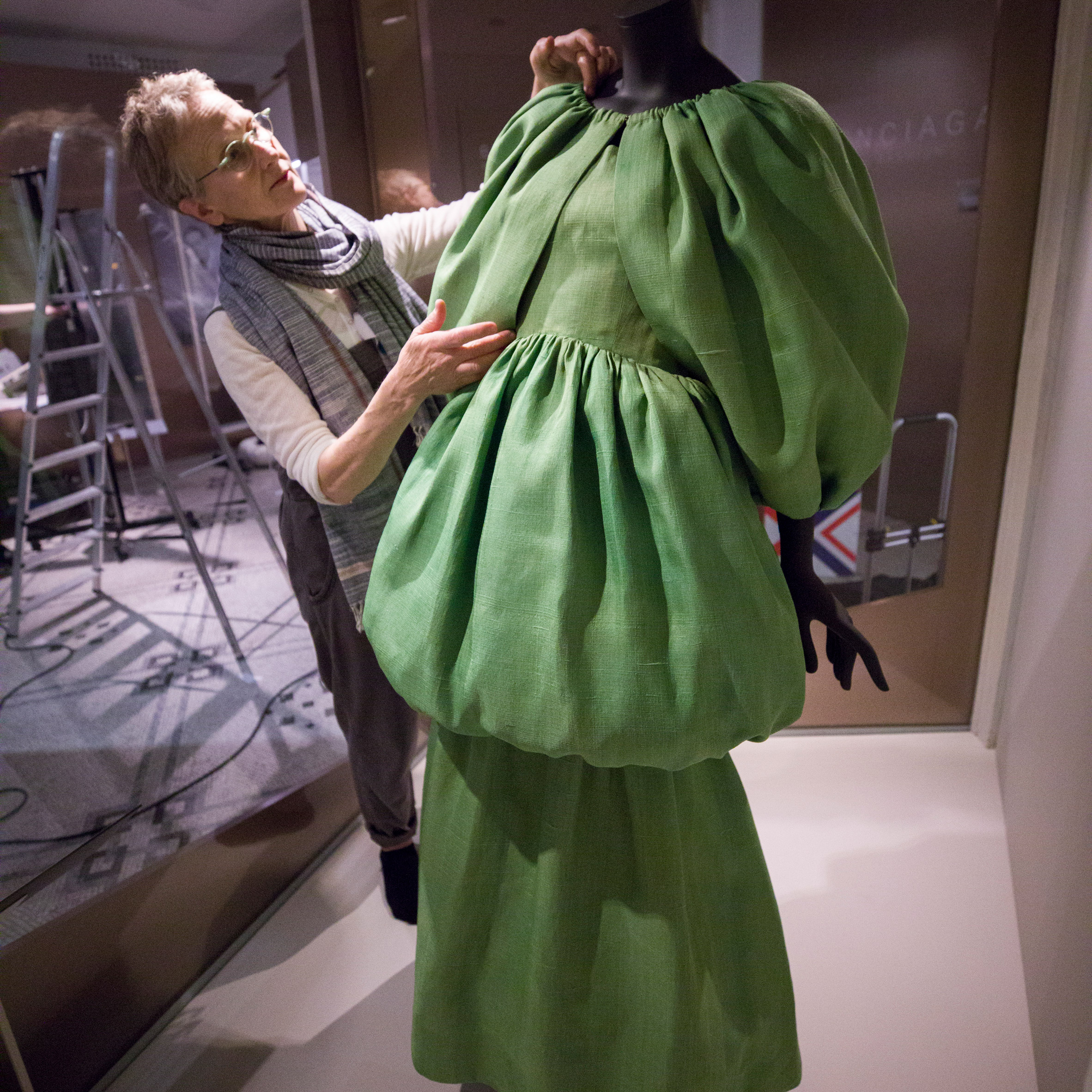 “70 per cent of the exhibition is V&A objects, which is quite unusual. But there are a few notable loans, and one of them is this dress from 1961 made from silk gazar. The green dress is made up of three bubble shapes, and it’s one of the first pieces you see when you come into the exhibition. We put it there because it really shows the distillation of Balenciaga’s ideas towards the end of his career.” 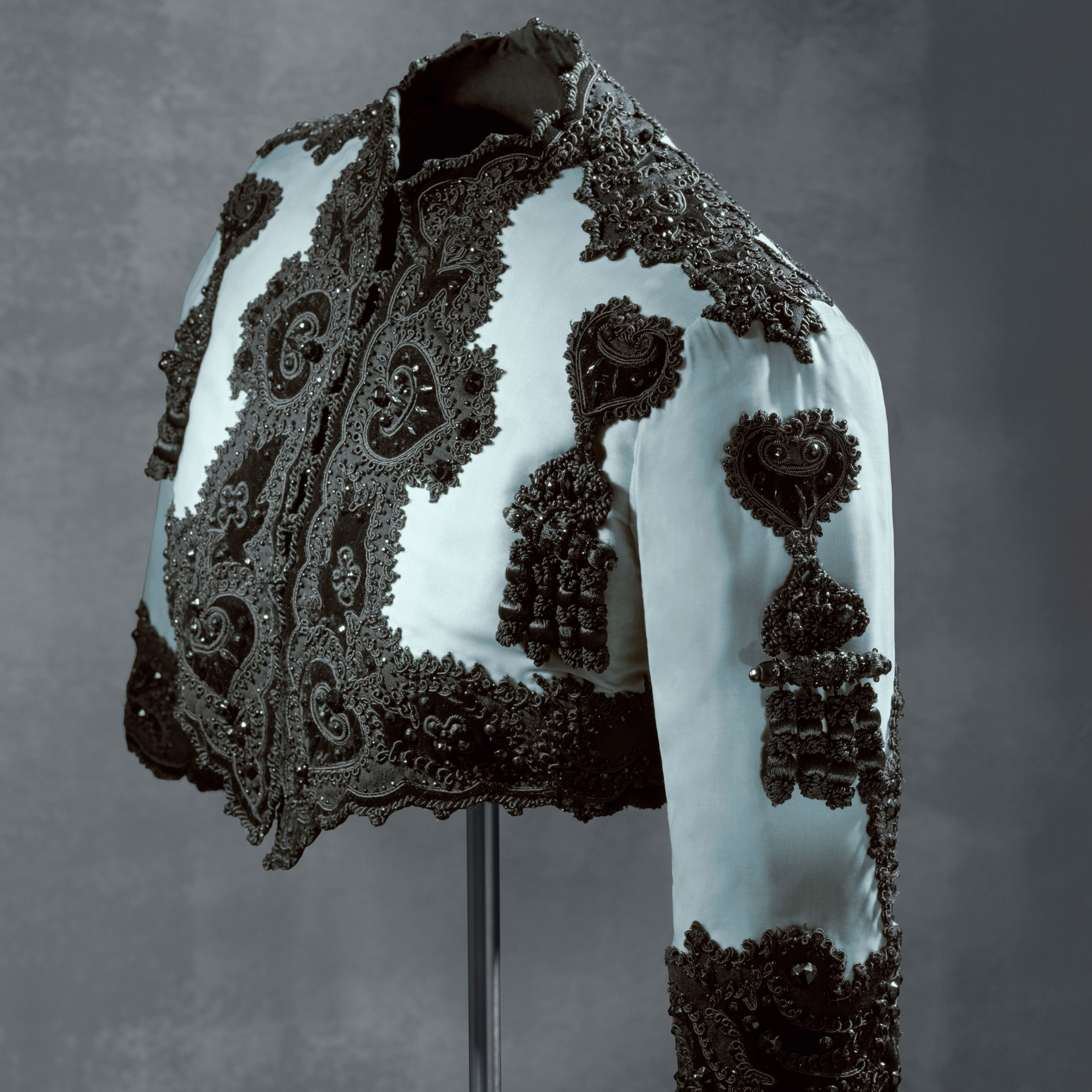 “This is the earliest piece in the collection, and it’s based on a matador’s jacket. It shows the influence of his Spanish heritage, which is peppered throughout his career. He was born in a fishing village in the Basque region of Spain, and he’s always drawn upon flamenco ruffles and black lace.” 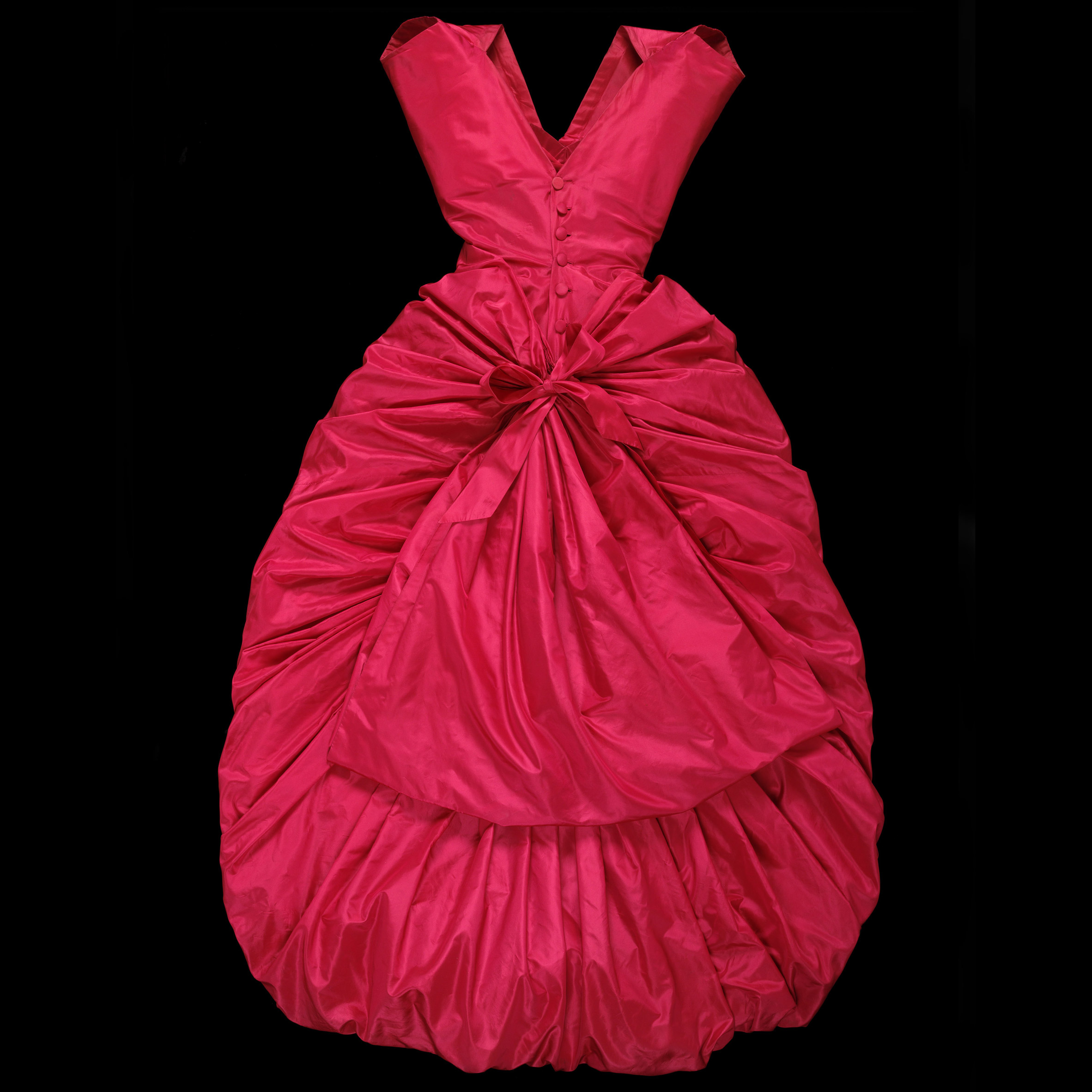 “The balloon hem dress from 1954 is a key piece in our collection. We worked with the X-ray artist Nick Veasey to convert an articulated lorry into a mobile X-ray unit, because it was really important for us to show the craftsmanship behind Balenciaga’s work. This piece, in particular, has this wonderful bubbling in the skirt, and we discovered that it has these interesting ties at the hem which fasten around the knee – creating a 19th-century bustle dress at the back, and a kind of hareem pant at the front.” 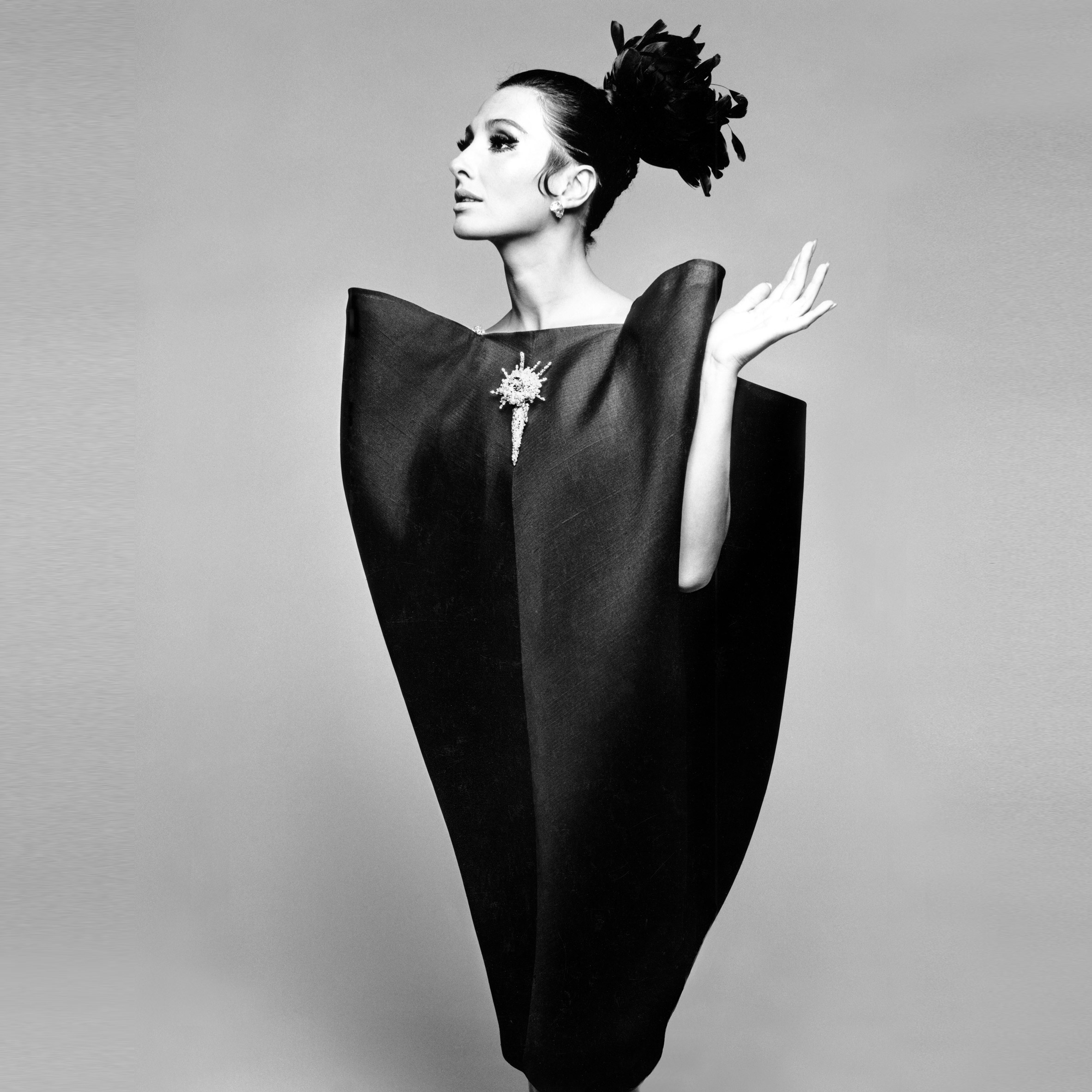 “This piece is from the year before he closed his salon so it’s a period where he was beginning to be questioned by fashion press as new ready-to-wear designers were coming along, such as Yves Saint Laurent, but he was sticking to his couture tradition. The angular dress shows how revolutionary he was at that point. It completely abstracts the body, only two or three were made and at least one was returned because the wearer couldn’t figure out how to go to the bathroom in it.” 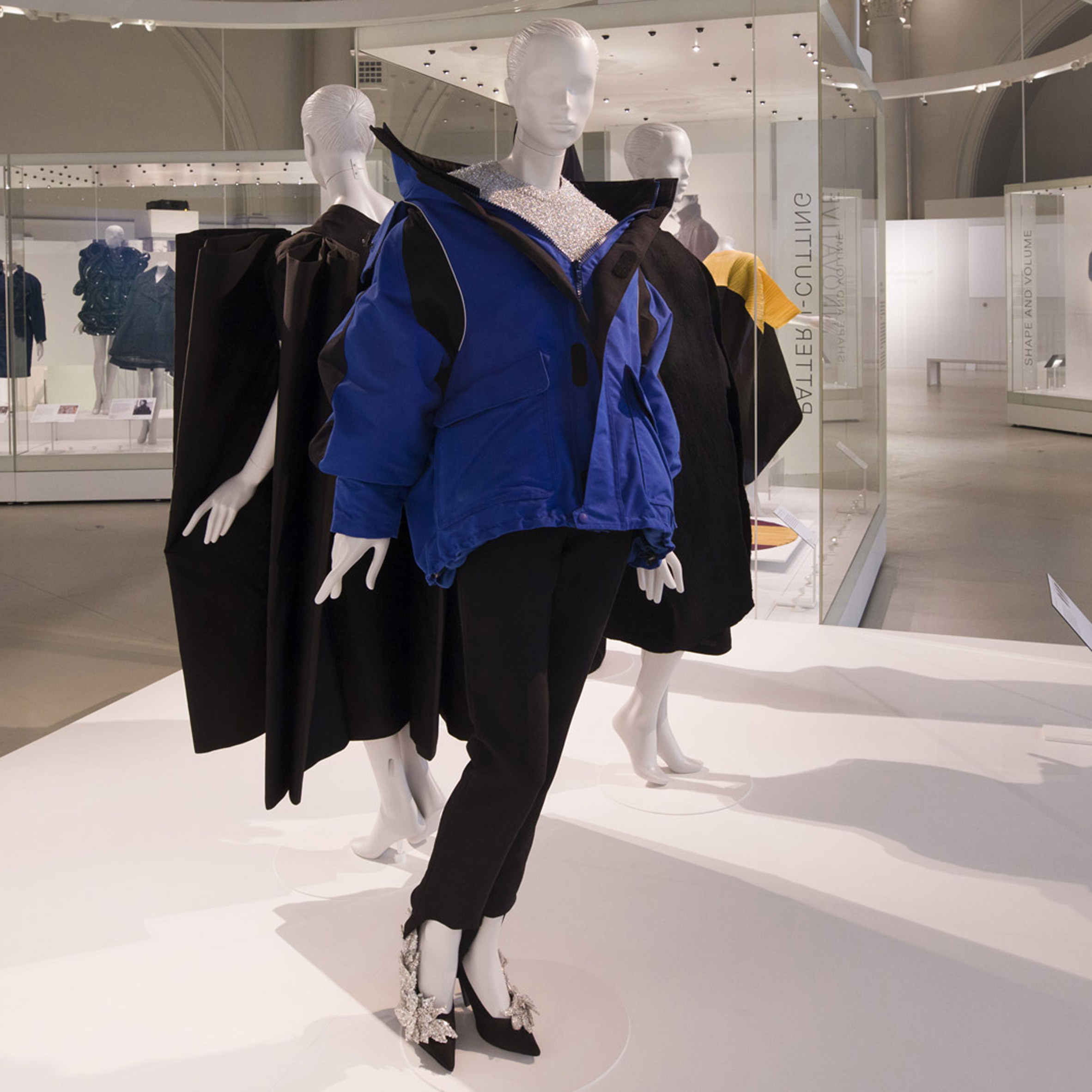 “Demna Gvasalia joined the brand as creative director in 2016, and his first collections were peppered with subtle references to the founder. This off the shoulder bomber jacket looks like it had been styled that way, but it been done with pattern cutting. He has this interesting approach to the body, and looks at it in 360 degrees, which is very Balenciaga-esque.”