The oval-shaped roof deck of this playful Tokyo kindergarten allows children to play and run endless laps around it – a feature that has just won it the 2017 Moriyama RAIC International Prize.

Completed by Tezuka Architects 10 years ago, Fuji Kindergarten is located in the Tachikawa suburb of the city. It accommodates 600 children aged between two and six. 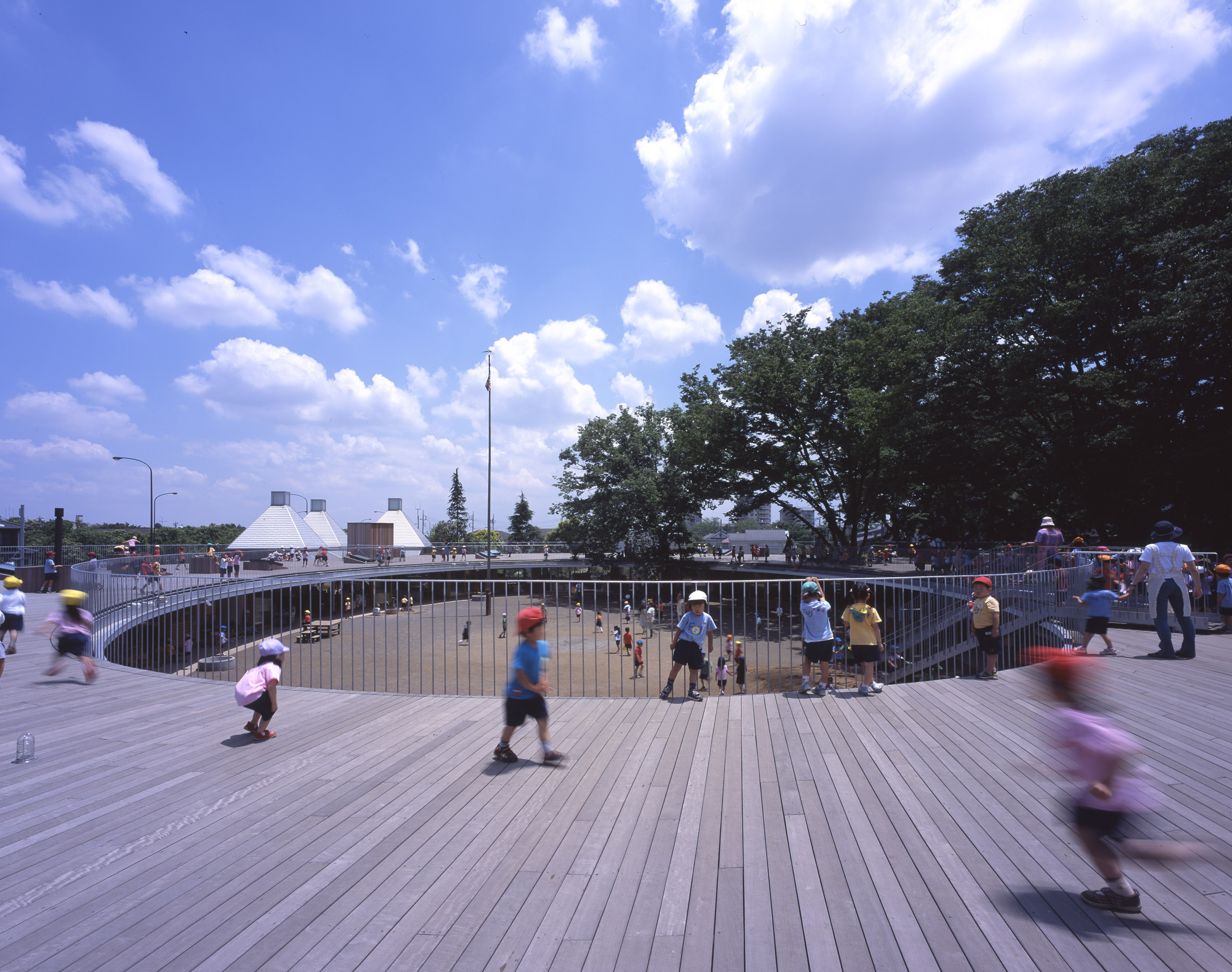 The school follows the Montessori Method, an educational approach where children are given freedom to range around the classroom and learn via discovery.

Rather than impose physical boundaries on the children, Tokyo-based architect Takaharu Tezuka designed the kindergarten as a continuous space that allows for unfettered learning and play.

He calls his concept the “nostalgic future”, where he looks at the way children would naturally choose to play without gadgets and screens, then facilitates it with future-forward designs.

The project has been awarded this year’s Moriyama RAIC International Prize, which recognises a work of architecture considered “transformative within its societal context”.

There is no play equipment installed, instead the architecture itself functions as a giant playground. Children are allowed to move about freely, fall down and get wet within a safe environment.

The roof area doubles as a playground and a running track, giving the students an endless ring to chase each other around. The deck was built around the existing zelkova trees, with nets placed around the base to allow for easy climbing.

Handrails around the edge act as a safety barrier and allow the inner courtyard to be turned into an arena. The railings are close enough together that children won’t get their heads stuck, but allow them to sit with their legs dangling through.

The roof height is only 2.1 metres tall, allowing a close connection between the levels. Children can scramble up a bank and climb a set of stairs to reach a slide from the deck back to the ground. 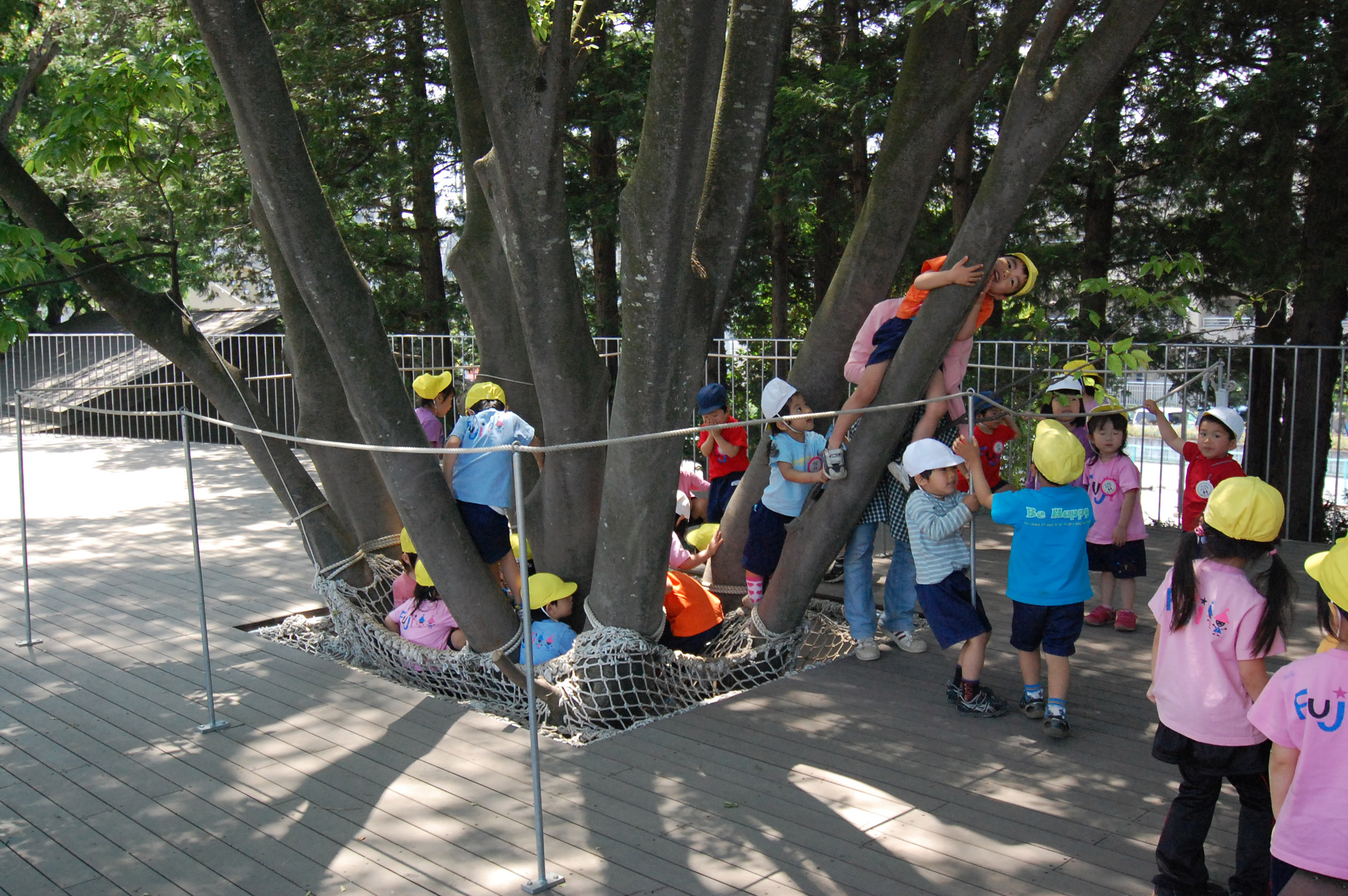 Skylights are built into the deck, letting natural light into the classrooms below and providing the children with a porthole to peek at their classmates through. Five gargoyles channel rainwater into water butts, creating impromptu waterfalls for students to play in during wet weather.

At ground level, sliding doors allow the classrooms to be open to the elements during good weather. Instead of dividing walls, the architects created child-sized boxes made from light wood with rounded edges that can be stacked to create shelves and display areas. 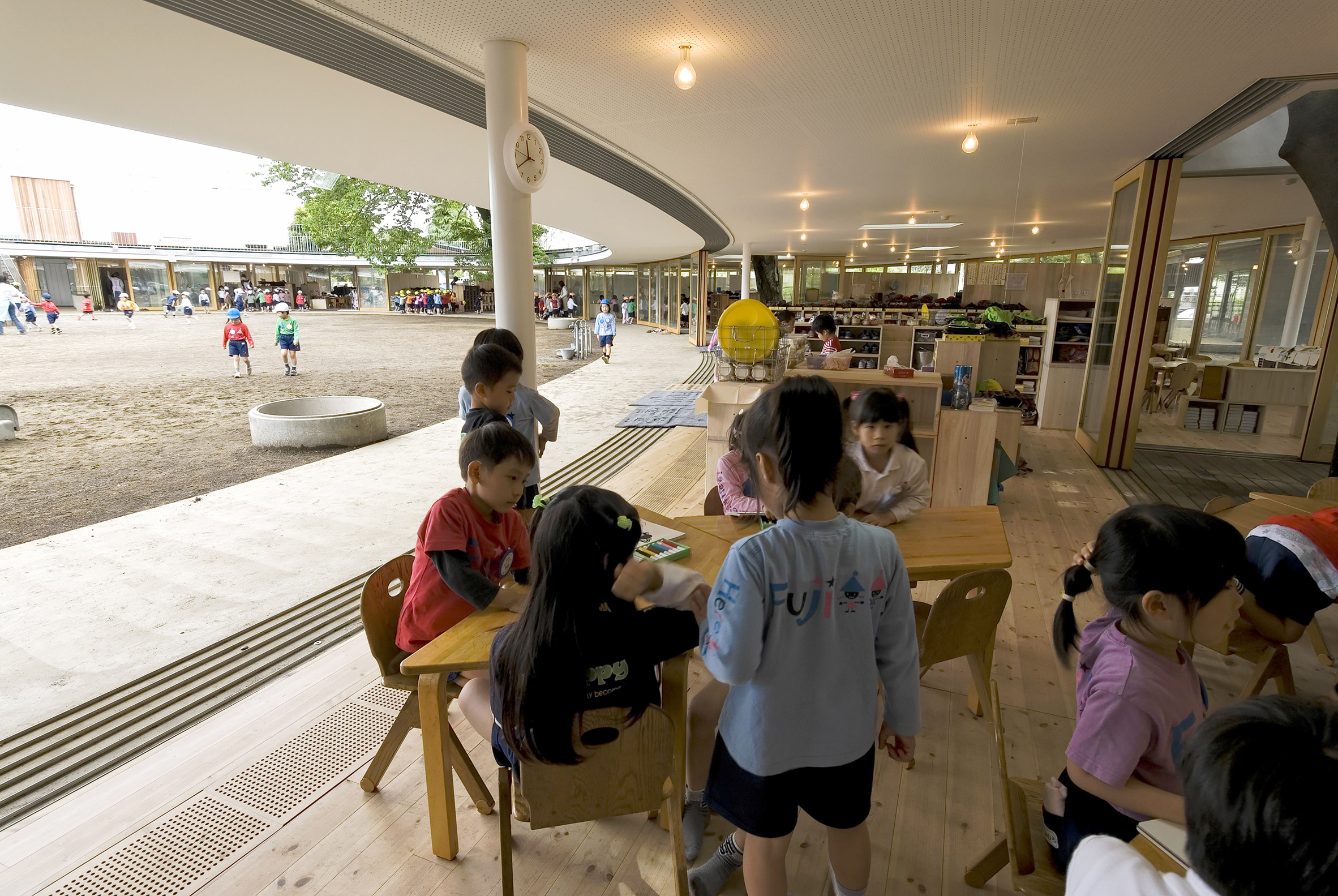 Tezuka believes standard classroom design is unnatural and counter productive to a positive learning environment. The free plan design encourages independence and collaboration, without forcing children to sit still and silent for long periods of time.

By leaving the classrooms open, the sound of 600 children creates the level of white noise found in natural environments. Tezuka got the idea when he met the composer and molecular biologist Tsutomu Ohashi while on holiday in Bali.

Listening back to a recording of an Indonesian music performance Ohashi invited him to, he realised the sound was obscured by the noise of the jungle he had been able to unconsciously filter whilst watching the show.

Photography is by Katsuhisa Kida. 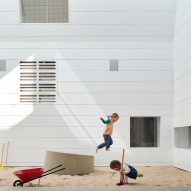