If today’s architects abandoned their modern vocabulary in favour of populist traditional or classical styles, they could achieve more progressive social goals, says Phineas Harper in his latest Opinion column.

As surprise election fever grips the UK, buried on YouTube you can find an obscure promotional film for the only British political party with an architectural manifesto. The United Kingdom Independence Party, better known as UKIP, has released a three-minute video featuring montages of grand neoclassical buildings interspersed with shots of modernist towers collapsing into dust, all set against epic orchestral music.

The film strikes a tone of fury at the shoddy build-quality of much contemporary construction, mixed with overwhelming aesthetic prejudice. It is aggressive, peppered with falsehoods and unashamedly traditionalist: it is the face of architectural populism.

Populism is not so much a political movement as an anti movement, which rejects pluralism and instead sees the world as downtrodden masses bullied by an elite. For UKIP, modern architects are part of that elite – oppressing the people by making ugly buildings without meaningful public consent. Its film highlights a genuine gulf between what is built and what is popular. As populism grows in power, navigating and manipulating its contradictions will become critical for designers whose work seeks social purpose. So here is the worrying question: what if UKIP has a point?

Mainstream architectural culture spurns traditionalism. We mock contemporary classicists like Quinlan Terry with a special kind of casual derision. Classical and traditional architects who have built widely and achieved great fame such as Robert Stern and Demetri Porphyrios, or who enjoy political influence like Léon Krier, are routinely sneered at by the wider profession.

Populism is not so much a political movement as an anti movement, which sees the world as downtrodden masses bullied by an elite

Some especially accomplished classical designers such as Craig Hamilton command grudging respect but only through the extraordinary craft they are able to bring to projects by virtue of their clients’ vast budgets. Even FAT and Grayson Perry’s faux vernacular House for Essex was snubbed by the RIBA awards committee, such was their aversion to its historical allusions. For the most part, architects who work with pre-modern styles are seen as goofy, antiquated sell-outs.

This prejudice is indoctrinated early on in an architectural career. As an undergraduate, I saw a fellow student present a scheme playing on vernacular Welsh housing at an interim crit. His mixed-use proposal comprised a vaulted stone plinth topped with pitched half-timber apartments. Rendered entirely in hand-drawn plans and perspectives, it was a refreshing departure from the style of his peers.

The critics gave him hell. He was accused of not taking the course seriously and of wasting his time dallying in the picturesque. No critic even attempted to engage sincerely with the fundamental qualities of his design, negatively or positively, so incensed were they that he had not conformed to the received wisdom of the profession’s dominant taste consensus. The lesson was learned – he didn’t make the mistake of exploring a pre-modern architectural vocabulary again.

If the public is the ultimate client for architecture, isn’t it elitist to consistently dismiss their taste?

Whether in academia or in practice, most respectable architects stick doggedly to a late-modern century Swiss(ish) tame-form modernism with occasional extravagant set pieces provided by starchitects. Yet simultaneously we all know that classicism remains hugely popular with the public and planners alike. They might not know the difference between the Doric and Ionic orders, nor possess a detailed lexicon of astragals and finials, but they know what they like, and what they like generally has a cornice. If the public is the ultimate client for architecture, isn’t it elitist to consistently dismiss their taste?

More importantly, huge resistance faces the construction of essential new public buildings. Isn’t it morally imperative that architects swallow their aesthetic qualms and design in the style most able to garner the political support needed to overcome any barriers? There are buildings that urgently need to be built; hospitals, housing, schools and so on. Why, then, do architects consistently throw potentially derailing obstacles in the way of these projects by insisting on modern styling, knowing full well that doing so hardens public opposition and chips away at political will? 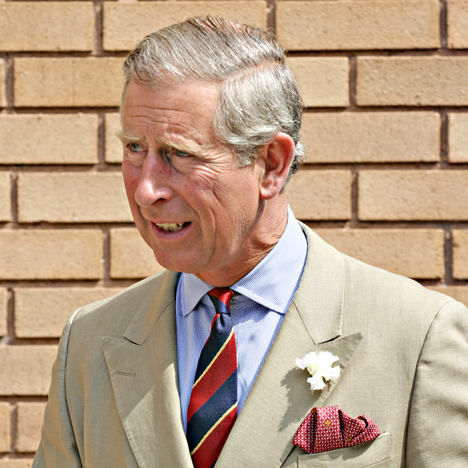 Behind many of the aesthetic campaigns against modernism simmers a class war. This is the real goal of UKIP and similar campaigns – discredit the architecture of socialism and enable the literal demolition of the welfare state.

But that fight has been fought and largely lost. The forces now arrayed against the creation of new social architecture are considerable, and the challenge we must embrace is to subvert traditional traditionalism, leveraging popular taste to garner political support for buildings that serve the genuine common good.

We will happily make many other compromises to see work built – so why not style? We will work for dubious developers who we know are more interested in their shareholders than end users. We will squeeze out communal spaces, reduce ceiling heights and shrink rooms to the minimum standards at the behest of miserly clients. We will climb into bed on estate regeneration schemes that lead to the displacement of poor families, and will routinely overwork our staff while failing to give them proper credit. But work in a classical style? Unthinkable!

In an era of rising populism, architects with any social conscience must wake up and smell the acanthus. Would new council housing face such vehement opposition from NIMBYs if it were classical in form? Unlikely. To talk about the importance of social architecture while continuing to build in a modern vocabulary betrays either profound arrogance or foolishness. Our stylistic reticence to even consider pre-modern sources damages our capacity to create much-needed public buildings.

The inescapable truth is that traditionalist architecture has the power to be populist – to win public support in a way that our precious late-modern aesthetic cannot. Sacrificing personal taste to achieve something more substantive is a small price to pay for wider social gains. UKIP and their allies must not be allowed to co-opt public architectural taste to serve their regressive goals. The pragmatic case is clear: to change the world through design, all architects should become classicists.

Photograph of Poundbury is by Flickr user diamond geezer.

The post “To confront populism, all architects should become classicists” appeared first on Dezeen.