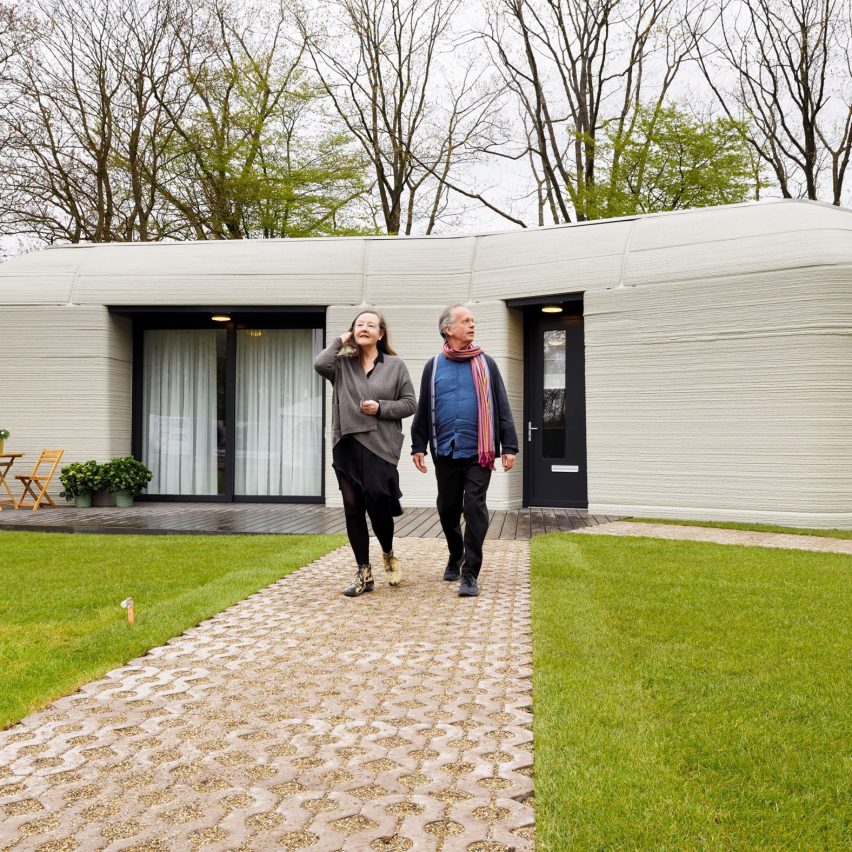 This week on Dezeen, a boulder-shaped house in the Netherlands became the first lived-in 3D-printed home in Europe as its first tenants moved in.

The single-storey house was built in a suburb of Eindhoven as part of a commercial 3D-printed housing scheme named Project Milestone.

According to the developers, it is the first time in Europe that people have actually lived in a 3D-printed home.

In other architecture news, the world’s longest pedestrian suspension bridge opened in the Arouca Geopark in northern Portugal.

Built by Portugal’s Institute for Research and Technological Development for Construction, Energy, Environment and Sustainability, the 516-metre-long bridge is suspended 175 metres above the Paiva river.

In the UK, interest in the renovation of prime minister Boris Johnson’s flat at 11 Downing Street was the centre of attention, although no images of it have yet emerged.

“Why is the world so enraged by the refurbishment of Boris Johnson’s flat?” asked Michelle Ogundehin in a column on Dezeen.

Also in the UK, the Twentieth Century Society announced that City Hall – Johnson’s former office when he was mayor of London – was one of the country’s top ten under-threat buildings.

In design news, student Minwook Paeng unveiled a robotic Third Eye that allows people to stare at their smartphone when they walk.

The camera automatically detects hazards in the wearer’s path and sounds a warning buzz to alert the user if they are in danger of walking into something.

Popular projects this week included a geometric three-volume home on the island of Formentera, the Electric Bungalow in Minnesota and a renovation of a 1960s home on New York’s Fire Island.

This week on Dezeen is our regular roundup of the week’s top news stories. Subscribe to our newsletters to be sure you don’t miss anything.

The post This week the first tenants moved into a 3D-printed home appeared first on Dezeen.