Penguins slide and somersault down the sloping rooftops of a popular Aarhus housing complex in this animated movie, created by French film studio 11h45.

The film features Isbjerget, also known as The Iceberg, the huge harbour-side housing development completed in 2013 by a team of architects and studios including JDS Architects, CEBRA, SeARCH and Louis Paillard. 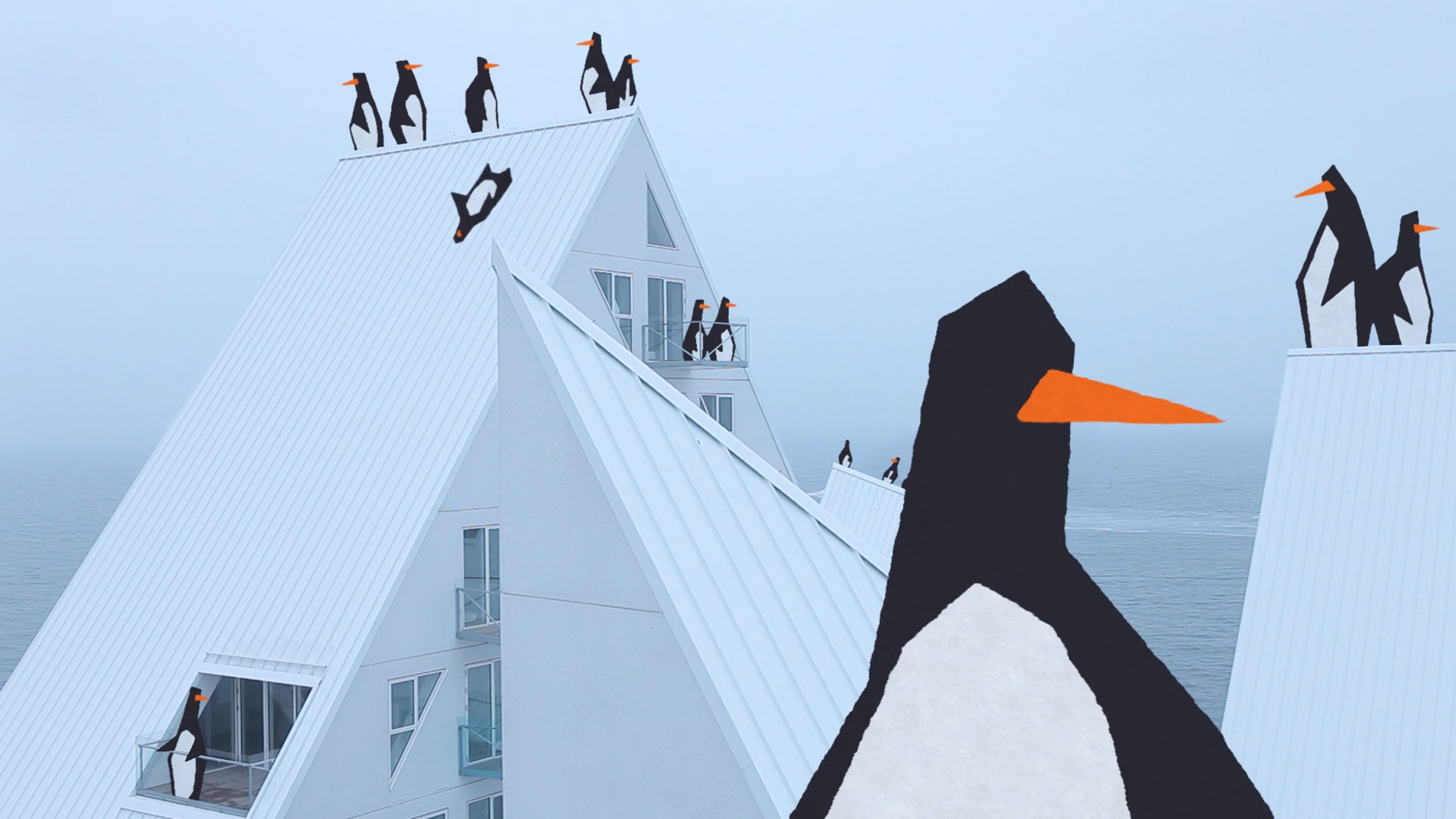 In the movie, this angular structure is reimagined as an actual iceberg – featuring penguins that stand on its balconies, slide down its roofs and use it to catapult themselves into the surrounding water.

“For me, in photography or video, architecture can be something other than the main subject,” explained Florent Michel, one of the three founders of 11h45. 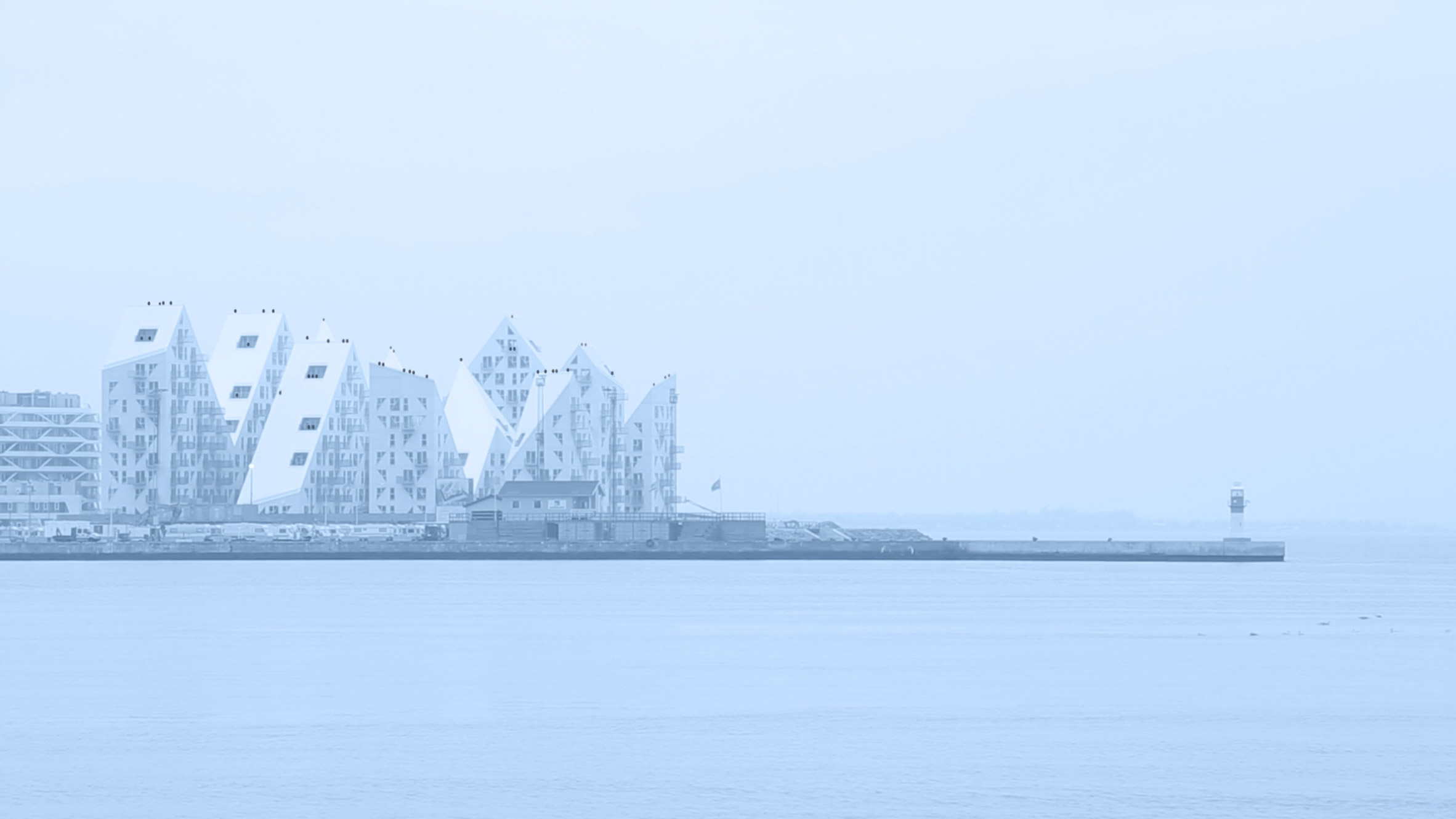 “If it’s used as the background for an action, the whole project is transcended and becomes something that can interest everyone, not only architects and architecture fans,” he told Dezeen.

“There are two ways to deal with this: either wait for ‘real’ action to happen, with people passing by, or organise the action myself. I use both ways, of course, but I think staging can be more powerful and offer more possibilities.” 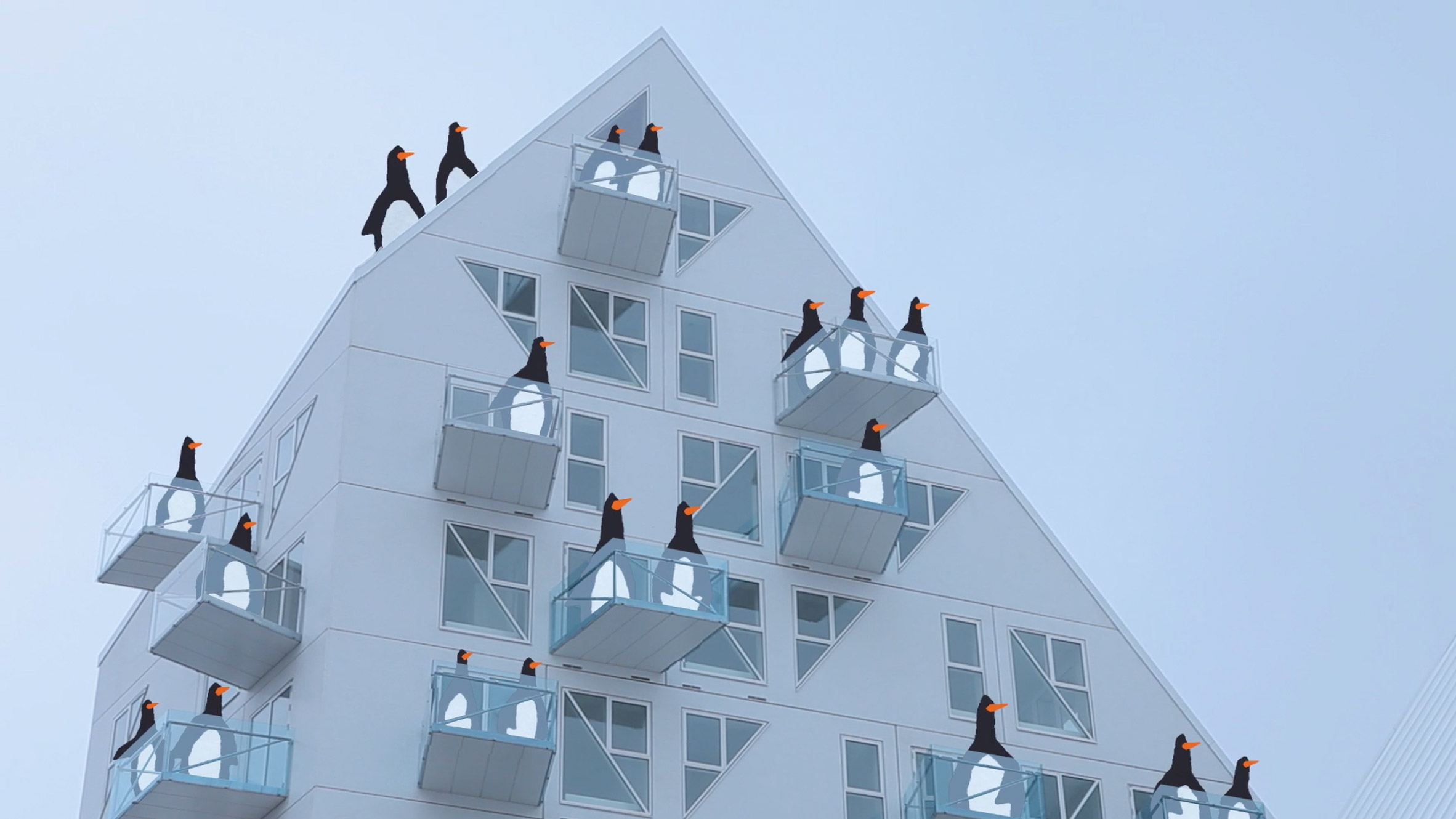 The starting point for the project was shortly after the building’s completion, when JDS Architects founder Julien de Smedt commissioned the studio to make an “original” film about the project.

This resulted in a two-minute video showing the structure from the perspective of a seagull, filmed using a drone. 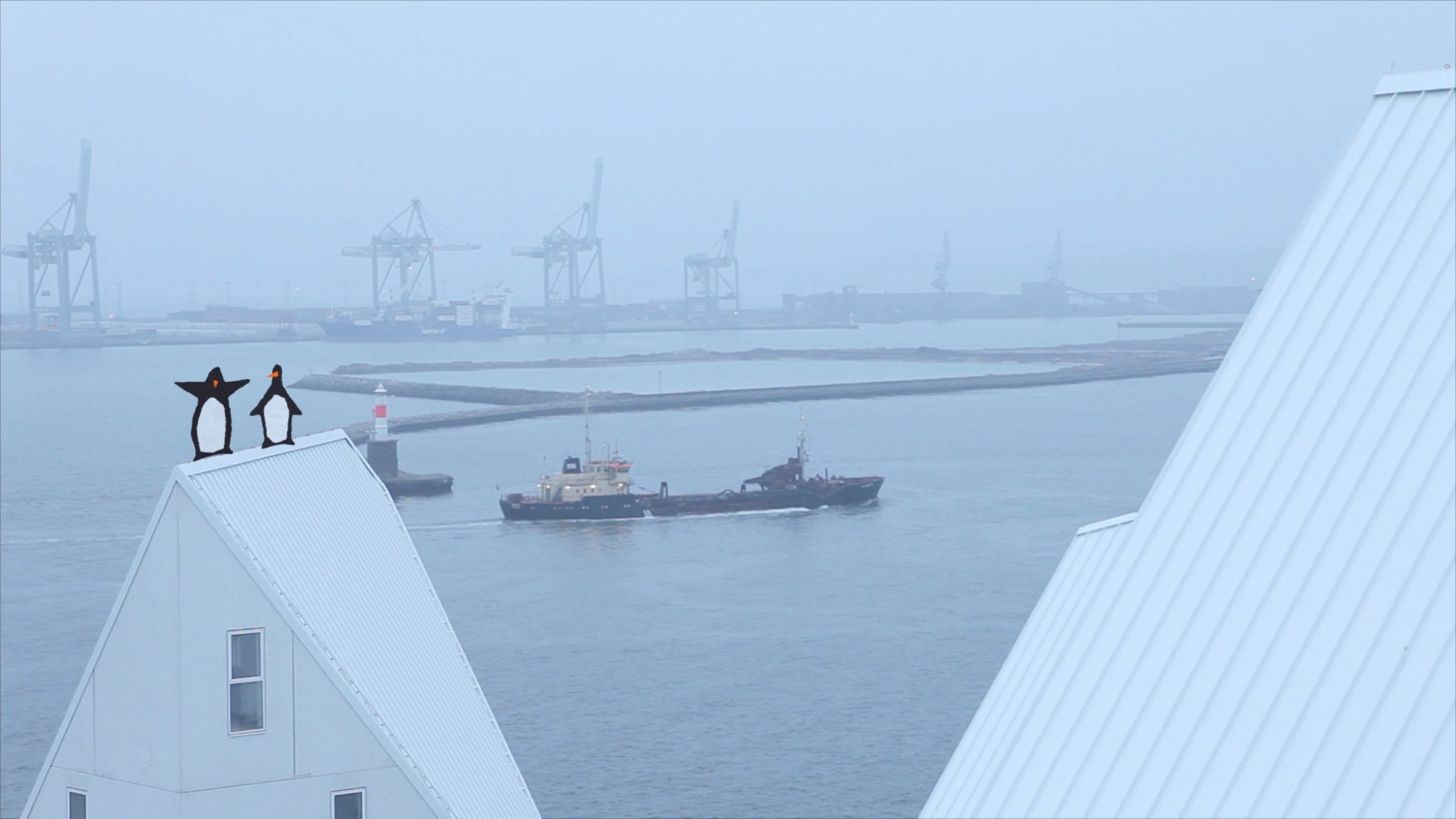 But at the same time Michel came up with another idea, to work with animator Guillaume Gaudart on a film featuring penguins. Although De Smedt didn’t go for this film, the pair decided to make it anyway.

“For some reason, the animated version stayed in a box for a long time. But we recently decided to finish it,” said Michel. 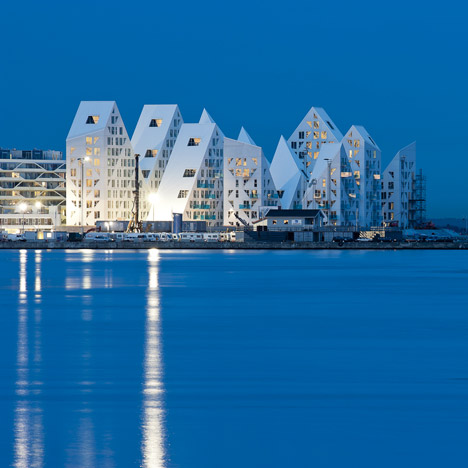 Gaudart used Adobe After Effects to overlay his simple penguin sketches over the scenes of the film. He also added some subtle sound effects to complement the visuals.

11h45 previously made another movie about Isbjerget, filmed from the perspective of a seagull

11h45 isn’t the only studio experimenting with unusual approaches to architecture films. Another producer with an unconventional take is Miguel de Guzmán, who has recently created films starring mermaids and sci-fi characters.

The post “The Iceberg” housing in Aarhus becomes a playground for penguins in new animation appeared first on Dezeen.