Text description provided by the architects. Thai’s apartment was a renovation of an old apartment in one of São Paulo’s biggest avenues, 9 de Julho, to house a young single man who just moved back into the city and loves cooking and having people over. The building was built around the 1950s and has a privilegie view to Paulista, one of the most important avenue of the state, which had an important part in the design concept alongside the redistribution of the rooms, prioritizing the social areas and the renovation for a cleaner and more contemporary approach in the design. With the expansion of the living room by joining the extra bedroom and kitchen, the social area was completely renovated making a lot more space for Thai to host all the people he’d like and still be able to switch the layout around to better suit his needs in a fluid manner.

The finishings touches of the design are led by simplicity and keeping the true aspects of the materials originally used, such as the concrete of the beams and pillars, the parquet wooden floor that was restaured after being covered by carpet flooring for years, and even the restauration of the original wooden window frames. For making the city skyline the center of the design concept and keeping the ceiling as clean as possible, all lighting work was done indirectly by sconces and light strips integrated to the walls and furniture. The kitchen also went through a complete renovation: starting by the dark granite countertop with over one meter of width that limits the room and allows plenty of working space for cooking all kinds of food, comfortably. The white polyurethane floor gets mixed visually with the white walls and brings out the darker cabinets and black steelframe of the glass pannel that separates the laundry area.

Besides the demolished walls, the toilet was remodeled to have its door to the living areas instead of the kitchen. The space was brought to life by a vibrant blue paint and indirect lighting as the rest of the apartment. The suíte’s bathroom was also redone. Keeping the black and white color scheme of the other wet areas, the size of the room was exploited for making it not only functional but a place for relaxation, with two ceiling-showers and a marble seat inside the shower area. The renovation was completed in a few months and Thai was able to move into his new home that presents a lot more functionality and actually translates his personality and lifestyle so he can enjoy his new begining in the city and the beautiful view from his new apartment. 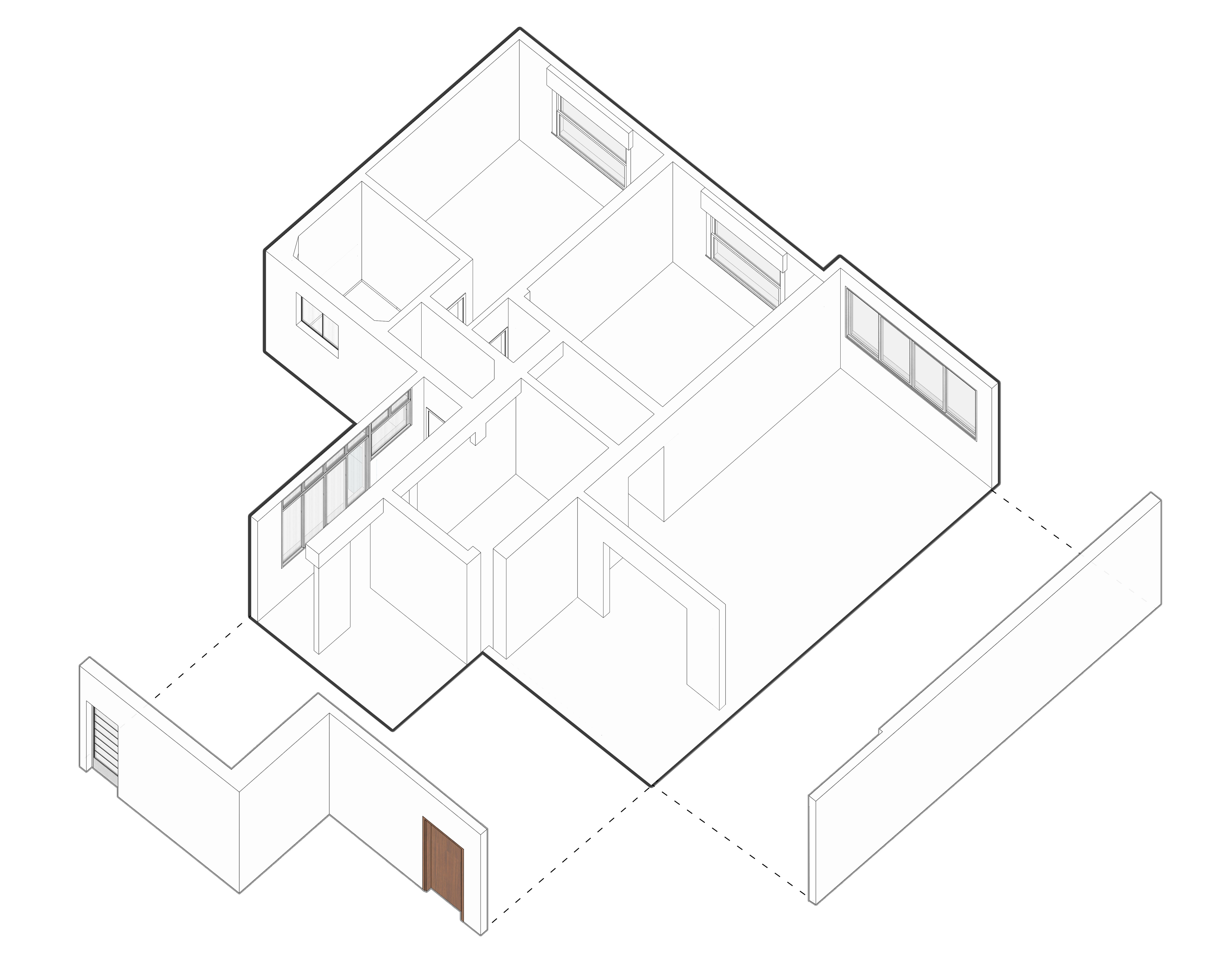