Brooklyn-based Studio Tack has transformed a set of run-down structures into a cosy retreat, close to the rugged landscape of the Teton mountains and Yellowstone National Park.

The Anvil Hotel‘s 49 rooms are split over a collection of one- and two-storey buildings, which were first built as a motel in the 1950s. 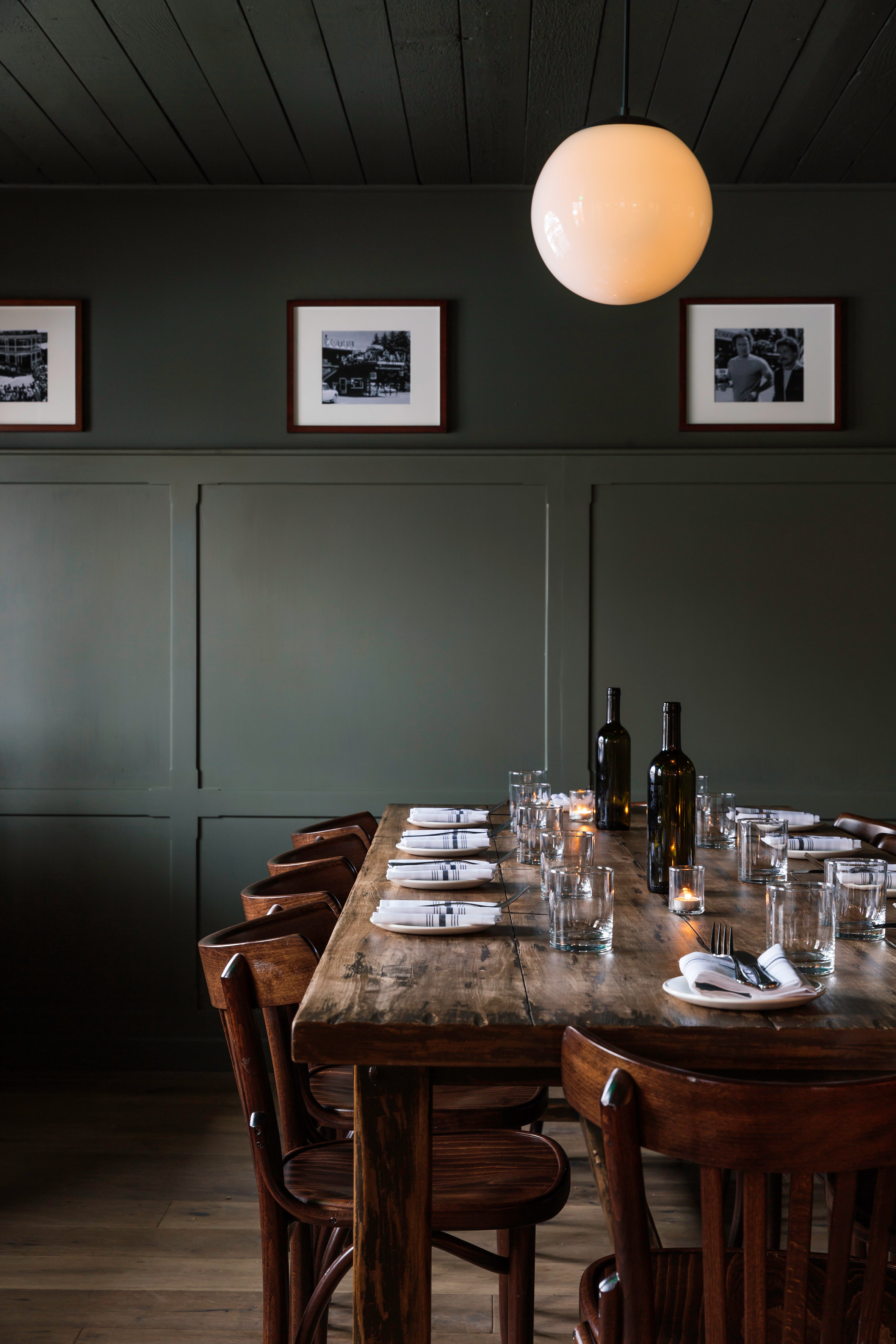 Its location in the heart of Jackson, Wyoming, puts it within a short walk of Cache Street’s restaurants, bars, shops and galleries, and provides easy access to the area’s dramatic terrain for hiking, skiing and other outdoor pursuits.

Studio Tack – which previously overhauled a former motor lodge in Upstate New York to create a new hotel – used its experience to transform and upgrade the property, as well as design its visual identity. 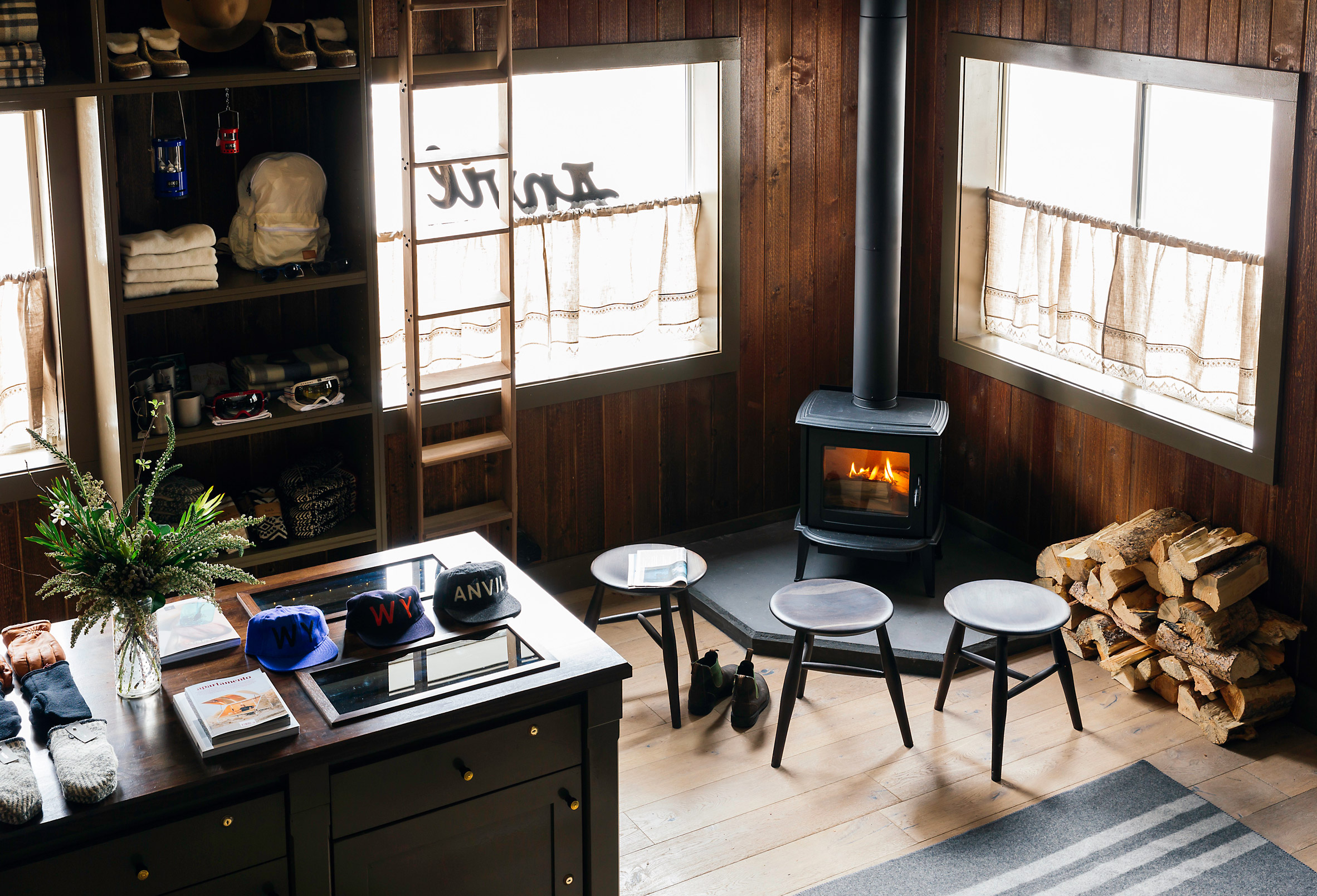 “In its new iteration, the property’s dark mountain-green exterior is complemented with interiors that have been transformed to embody the sensibility of Jackson’s rugged terrain and the aesthetic culture of the Teton region,” said the team.

Guests are welcomed by a wood-burning stove and comfy seating in the lobby, which also acts as a cafe and a small boutique. 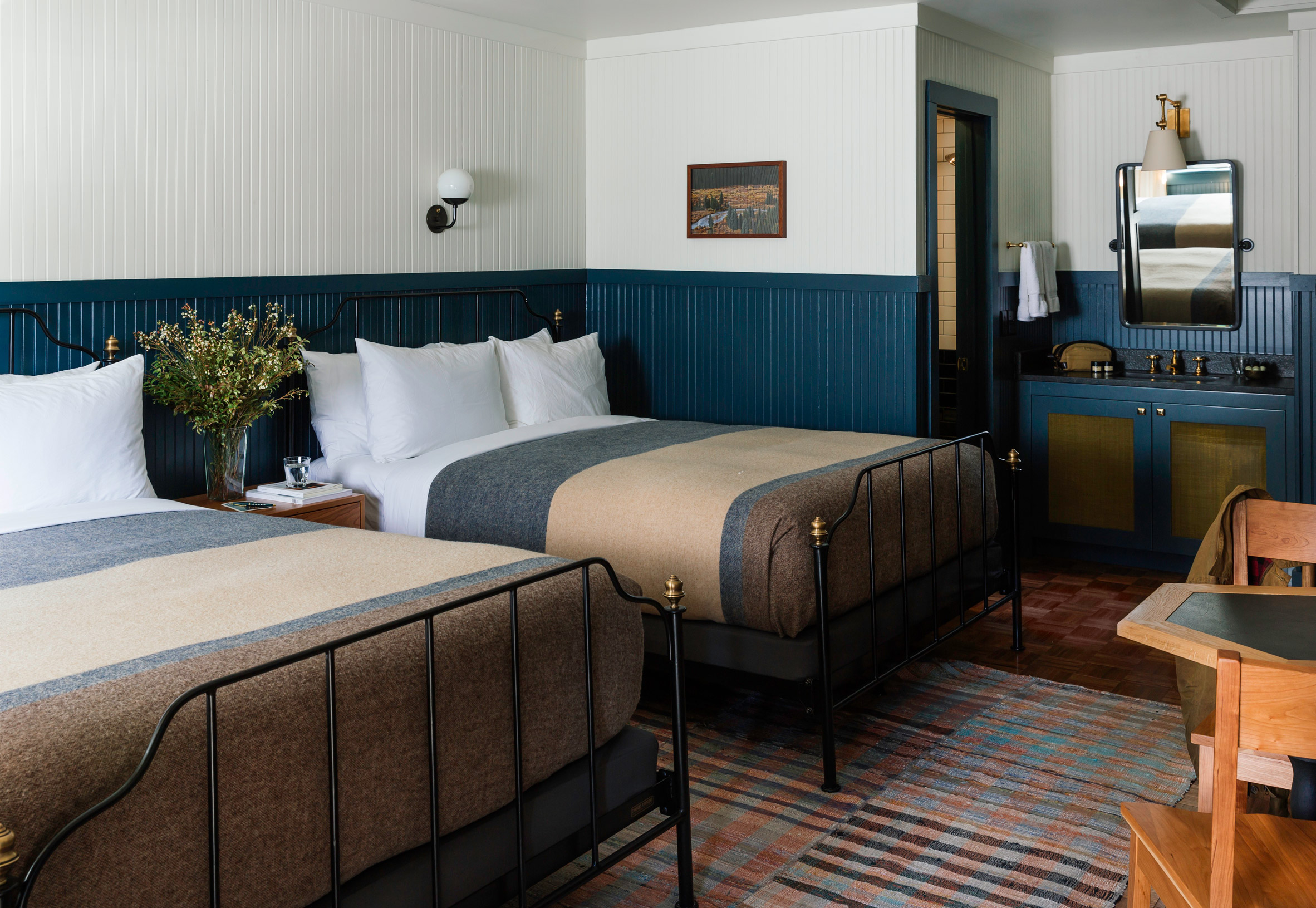 Just around the corner is the hotel’s Glorietta restaurant, which serves seasonal Italian food in a setting of wood-panelled and dark green walls – following the recent trend for dark interiors.

“The cosy space is a balanced mix of warm, naturally finished materials with simple tile surrounding a large wood-burning grill in the middle of the restaurant,” the team said. 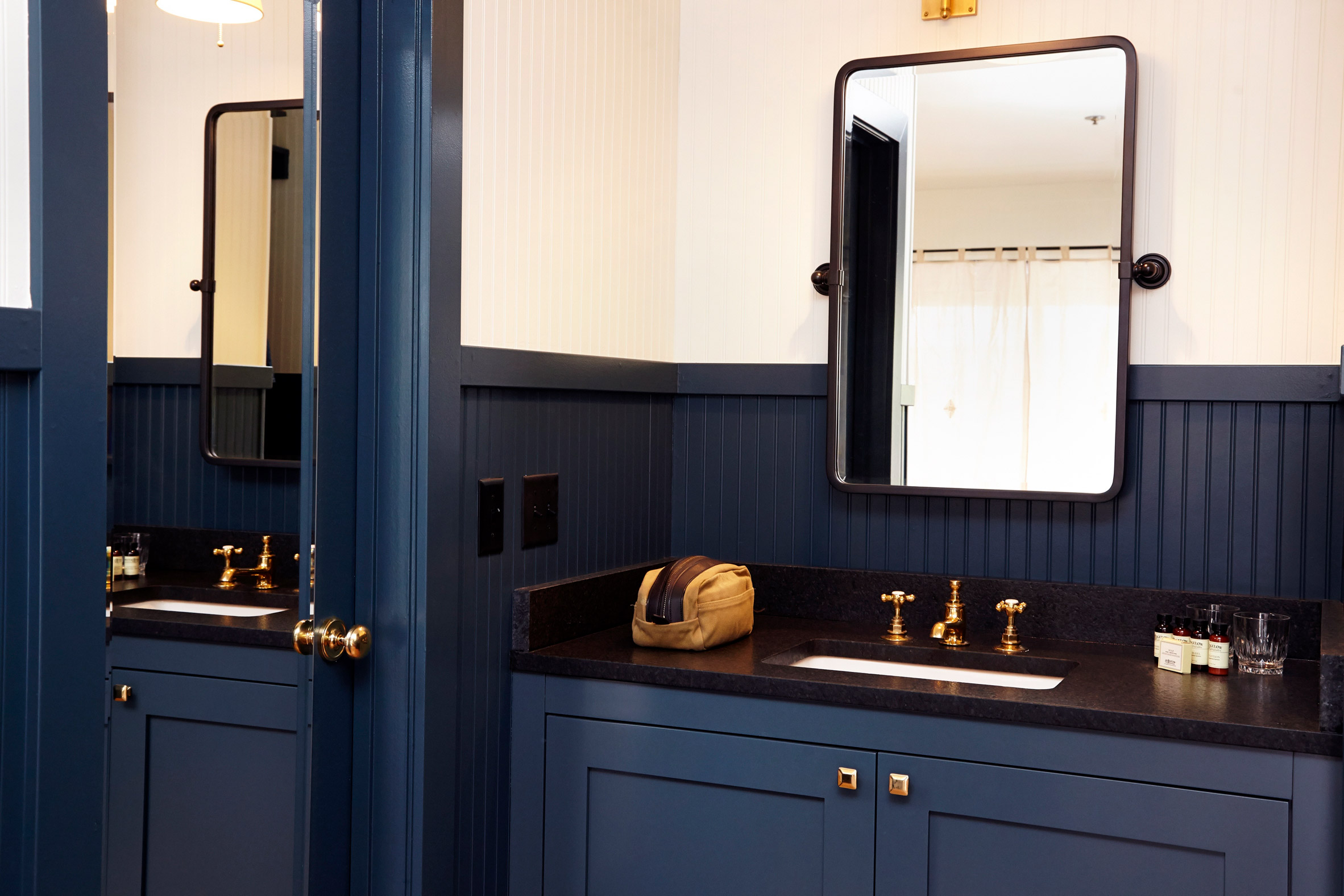 Bedrooms feature a palette of dark blue/green and white, with cork or parquet flooring and adjacent black-tiled bathrooms. 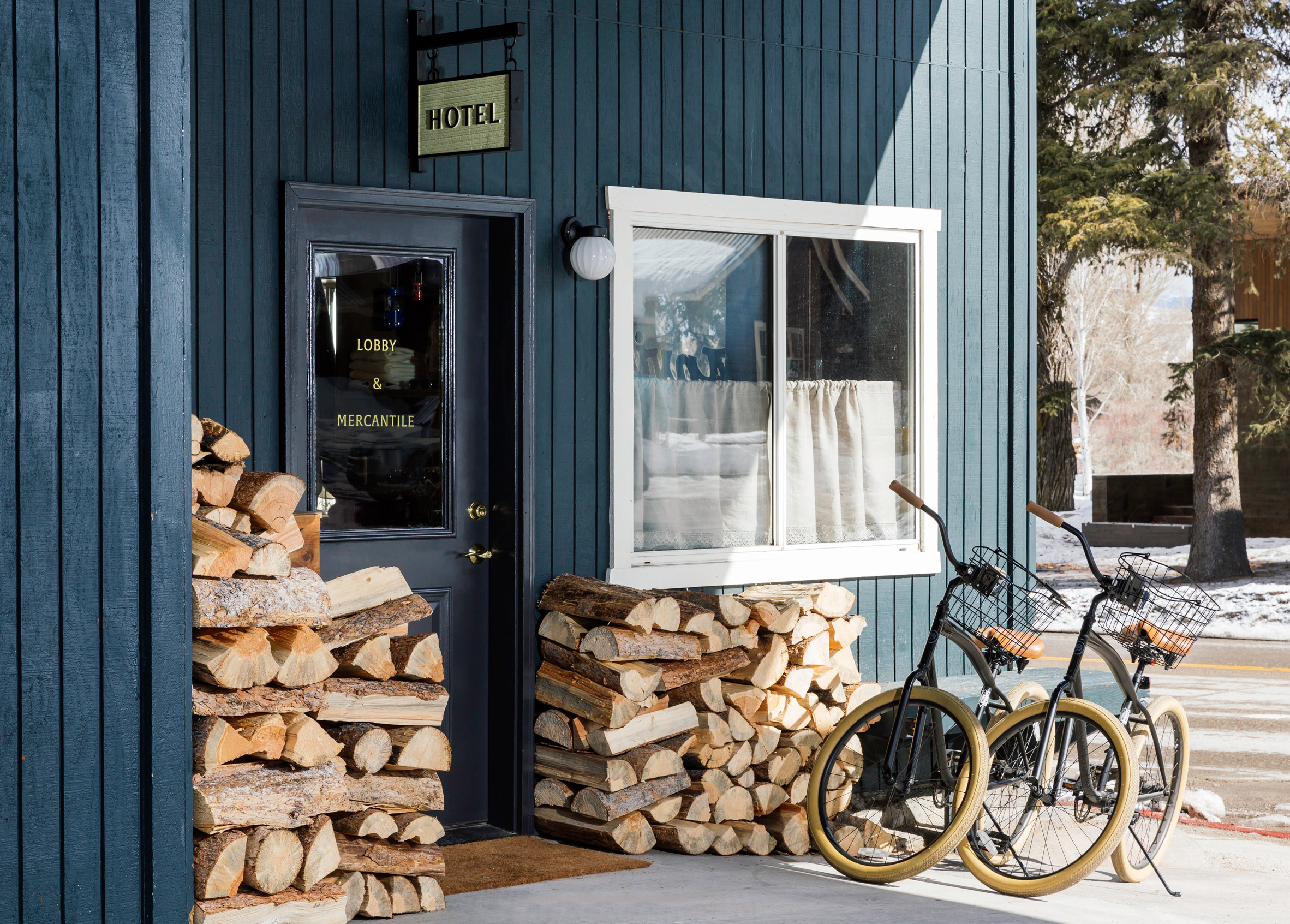 Wool throws and patterned rugs add to the snug atmosphere.

Many of the USA’s mid-century motels are undergoing renovation into boutique hotels. Others include the recently completed, Japanese-influenced Nobu Ryokan Malibu on the California coast. 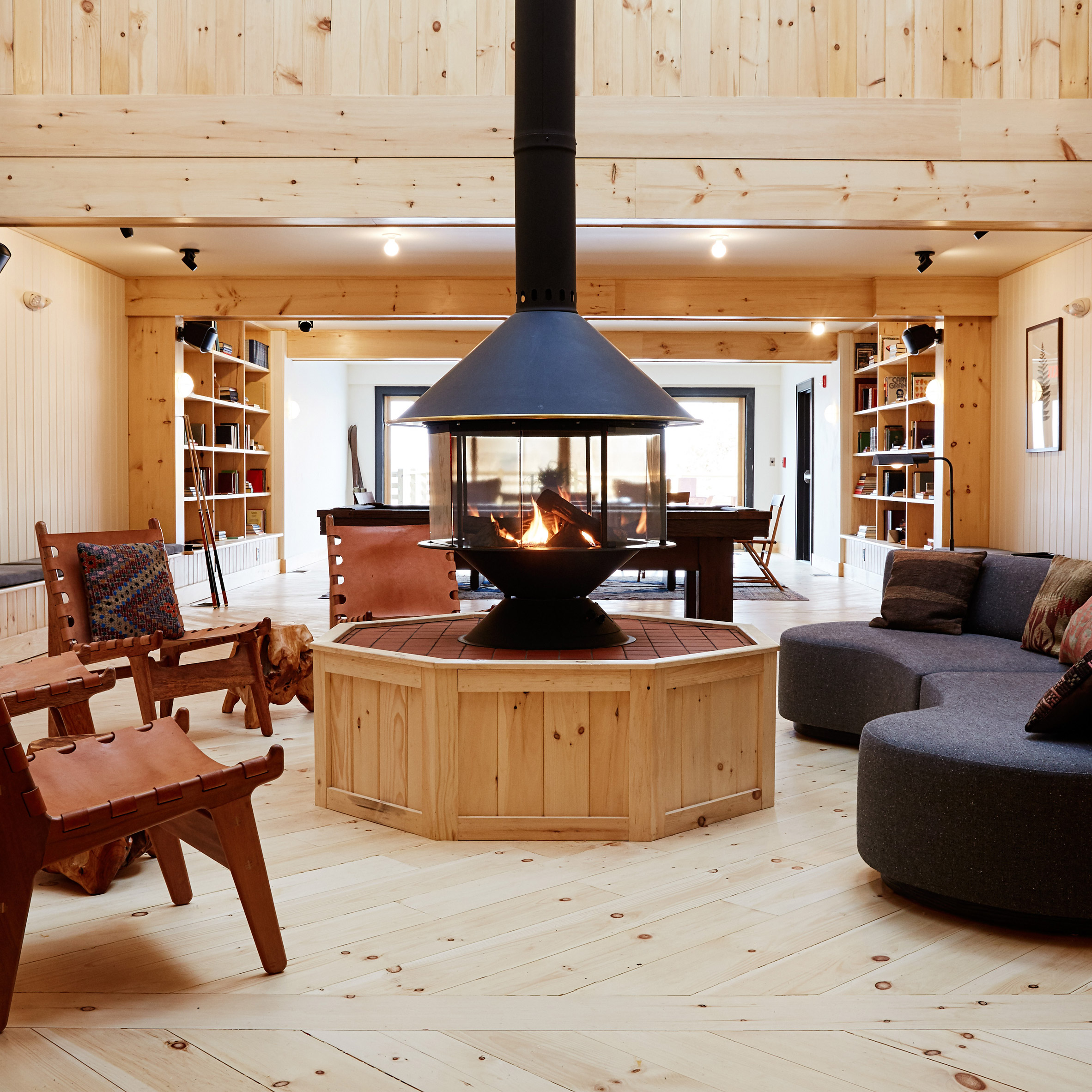