The project, called Micasa Vol C, is located in the city’s Jardins neighbourhood, known for its tree-lined streets and upscale shops. The pavilion is the third building within a campus owned by furniture company Micasa, started in 1998. The new 225-square-metre structure was designed to serve multiple functions. 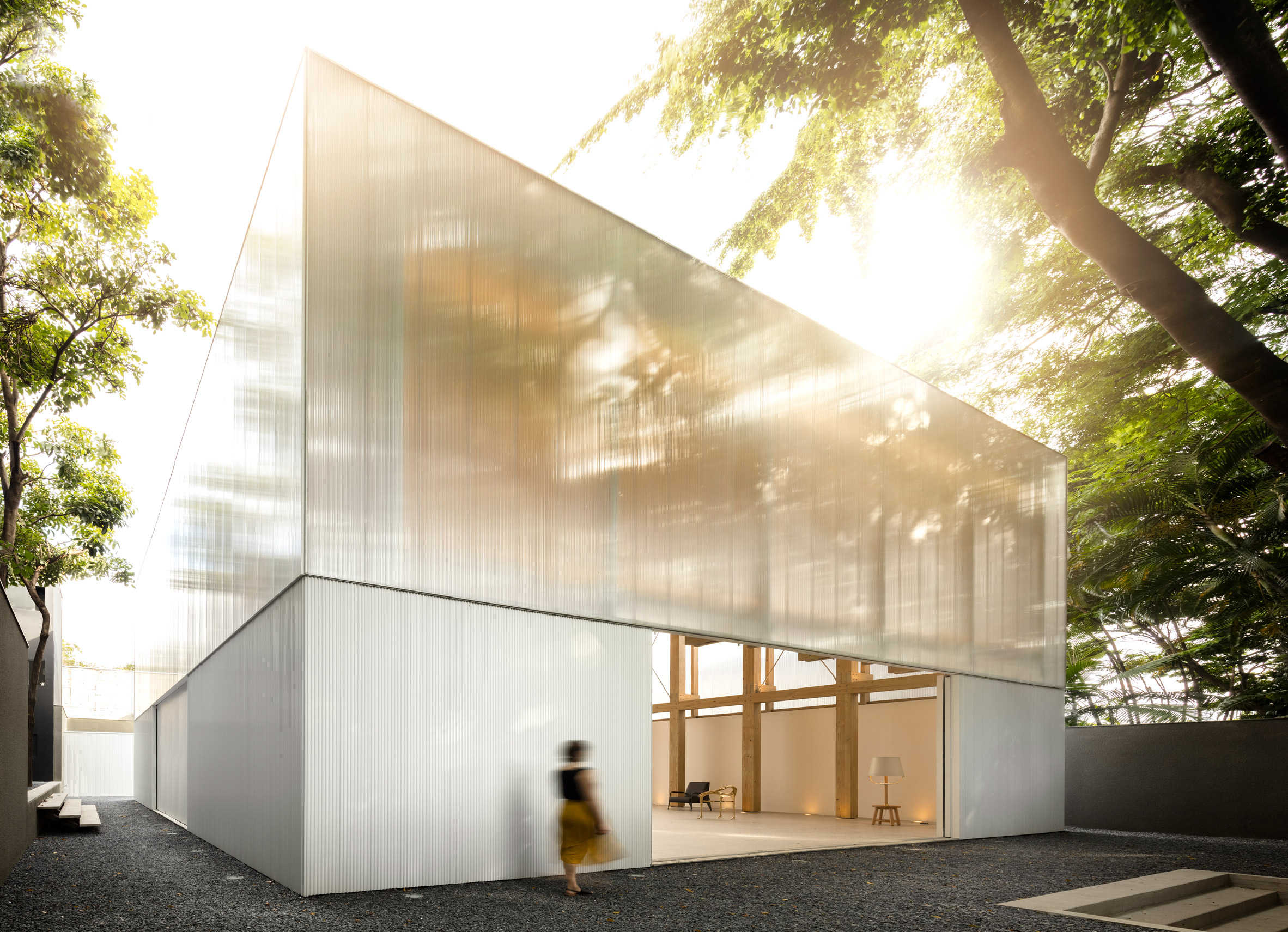 “The demand for a flexible program led to the creation of an internal space that allowed for several possible uses: shop, exhibition space or temporary residence for invited artists, on a caravan that fits inside the space,” said Studio MK27, a local studio founded by architect Marcio Kogan. 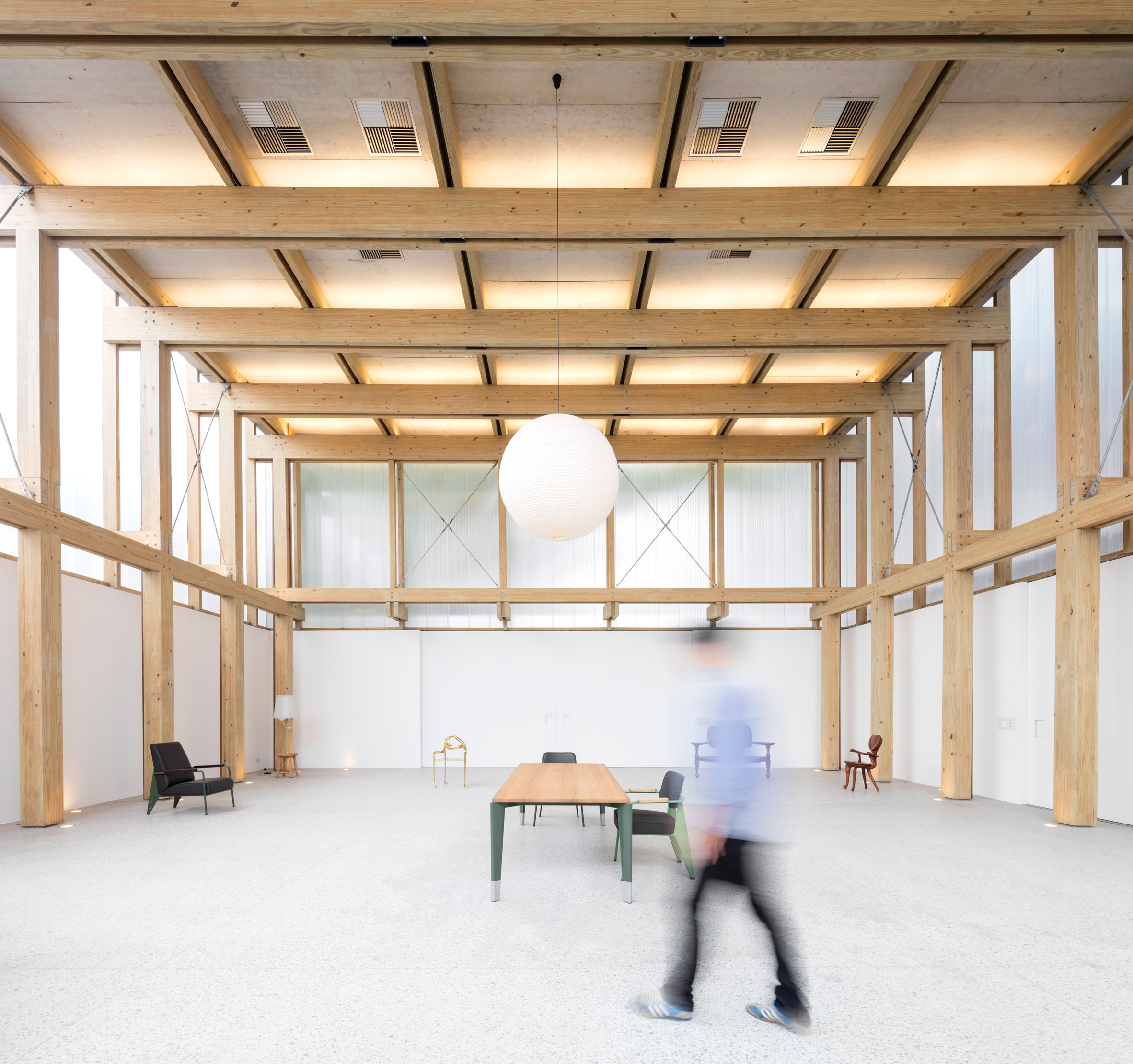 Square in plan, the single-room building measures 15 by 15 square metres, with a ceiling height of 7.5 metres. Suspended from above is a globe-shaped pendant by artist Isamu Noguchi, which “punctuates the double symmetry of the space and explores its vertical dimension”. 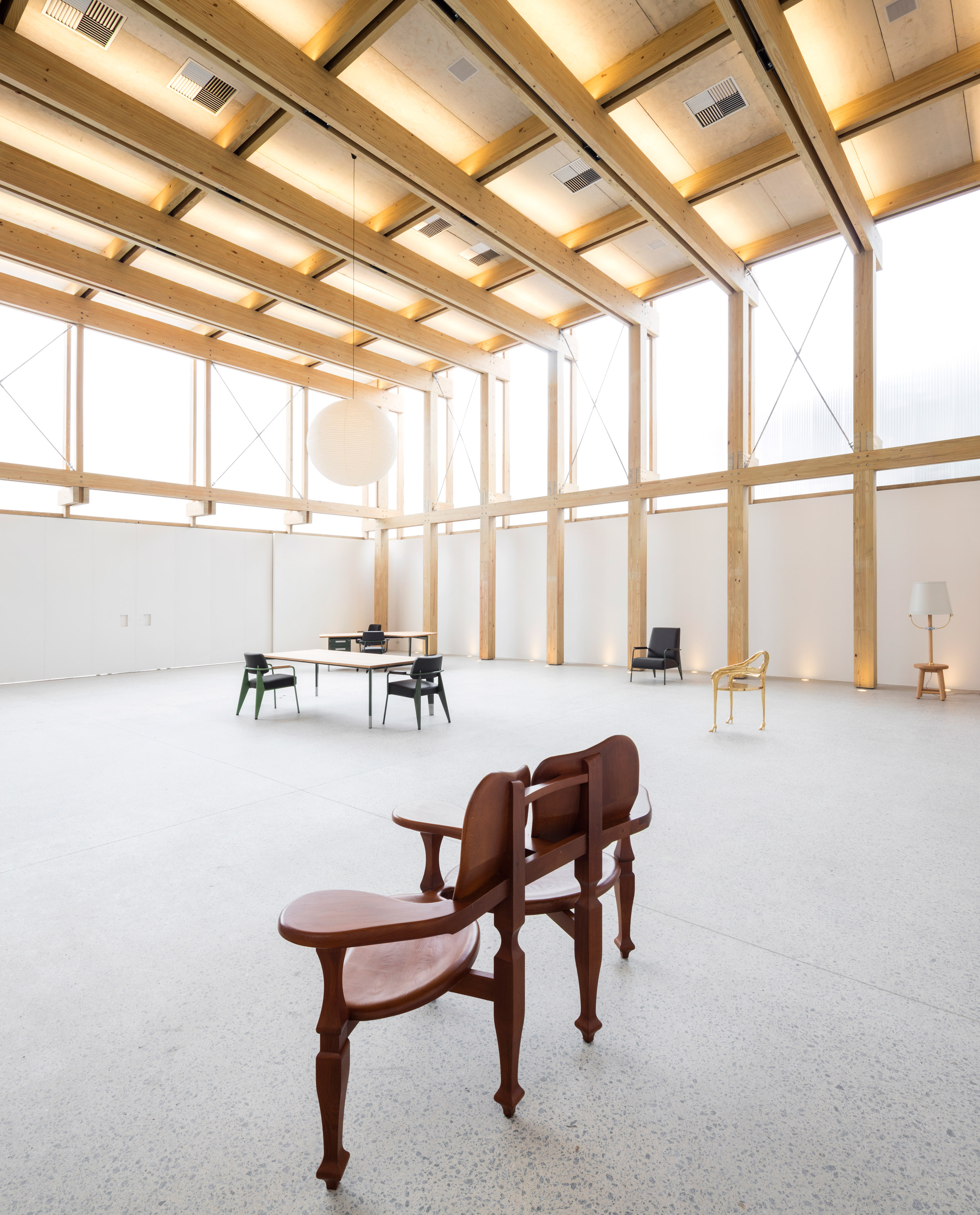 Timber was used to construct the lightweight structural frame, which allowed Studio MK27 to continue its research into using wood for “clean and fast construction”. Wooden beams and columns were left exposed, lending a raw yet refined aesthetic to the space. 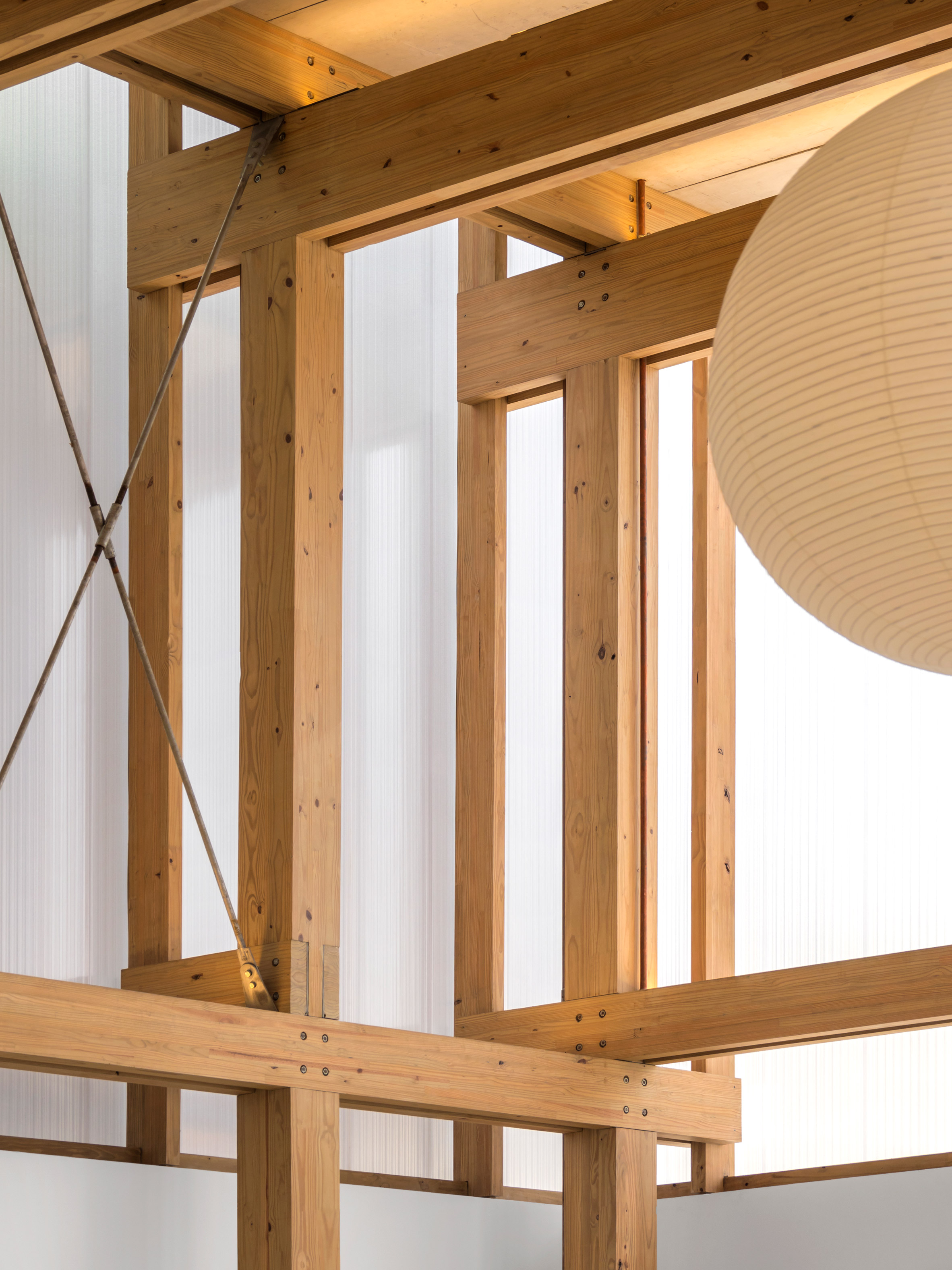 “A succession of glue-laminated timber frames overcomes almost 15-metre spans,” the team said. “Every two modules, in the upper plane, steel rods are used for bracing the structure.” 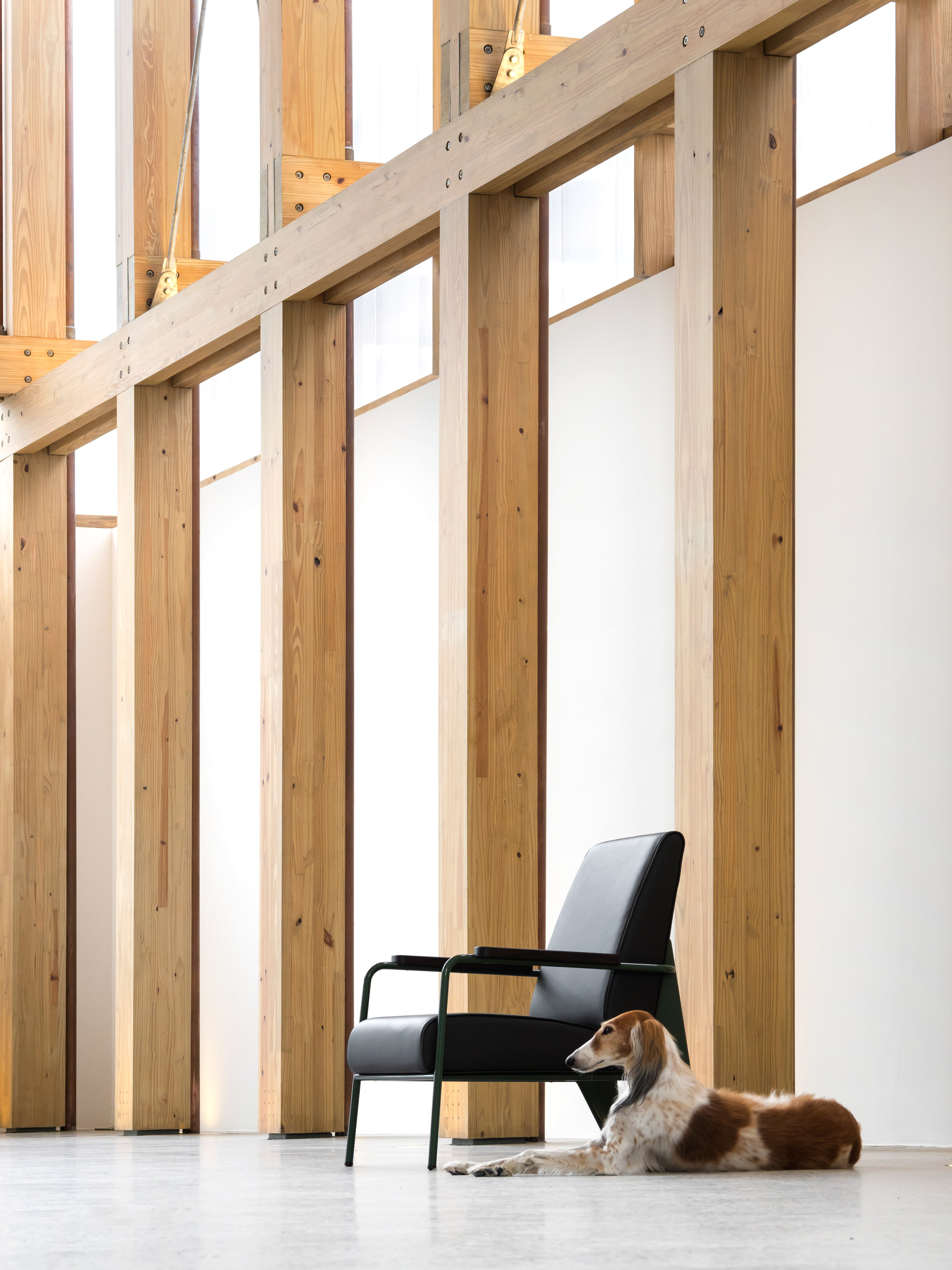 “The shadows of surrounding trees are projected onto the facade, bringing the poetic movement of light and nature into the inner space,” the team said.

A substructure supports the building envelope and forms a gap between the facade and timber pillars. This void is meant to highlight the “reading of the rhythm and of the simple fittings of the wooden elements”, said the team. 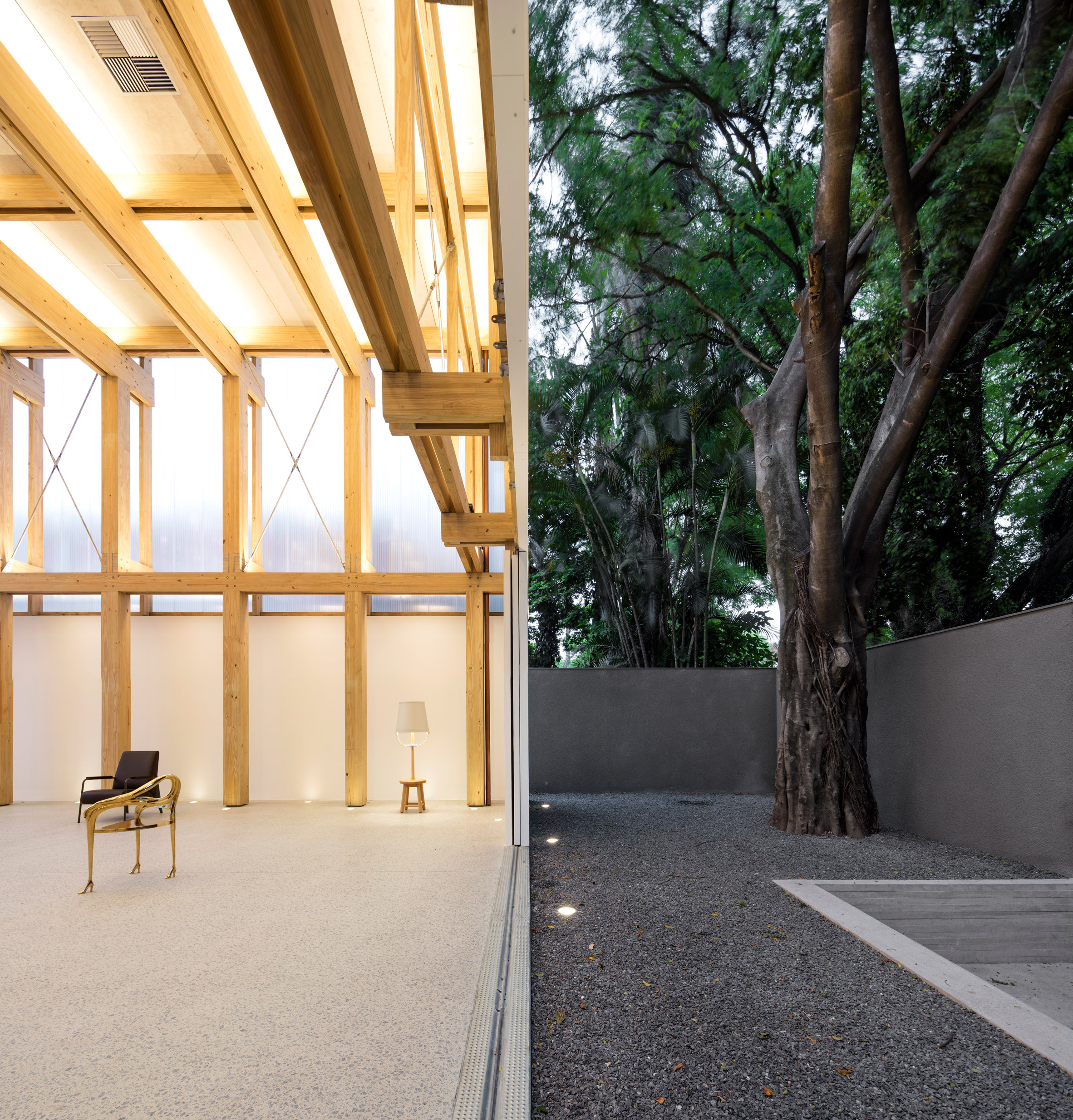 The Vol C pavilion completes the Micasa campus in São Paulo. The company’s first building, Vol A, is a metal-and-glass box that was designed by French-Brazilian studio Triptyque. The second building, Vol B, was designed by Studio MK27 and has a heavy concrete exterior. The third pavilion is meant to visually stand apart from its predecessors. 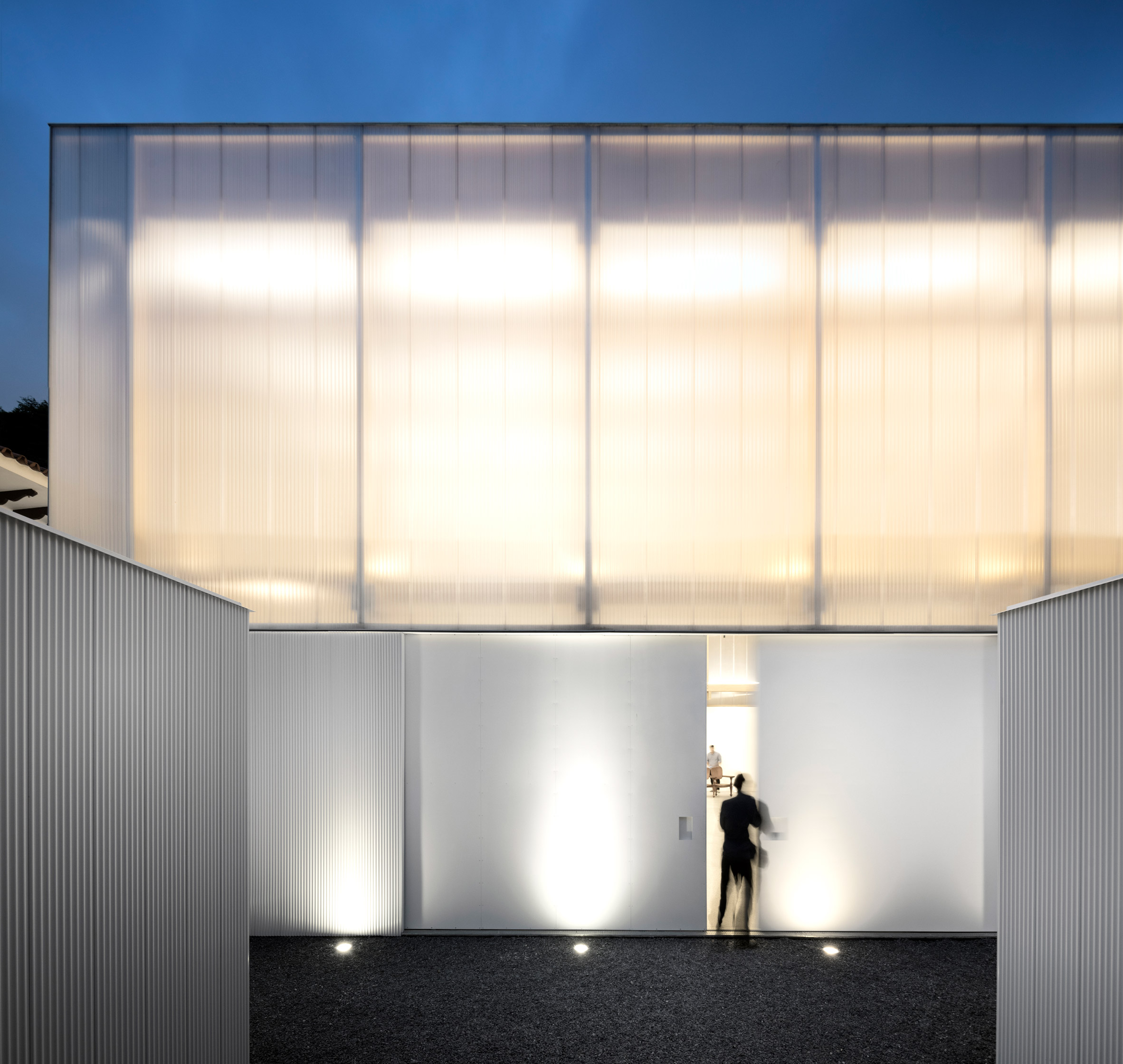 “Contrasting with the ‘straightness’ of the metal structure of Vol A and the brutalist exposed concrete of Vol B, Vol C seems to float off the ground gently, like a Japanese lantern,” the team said. 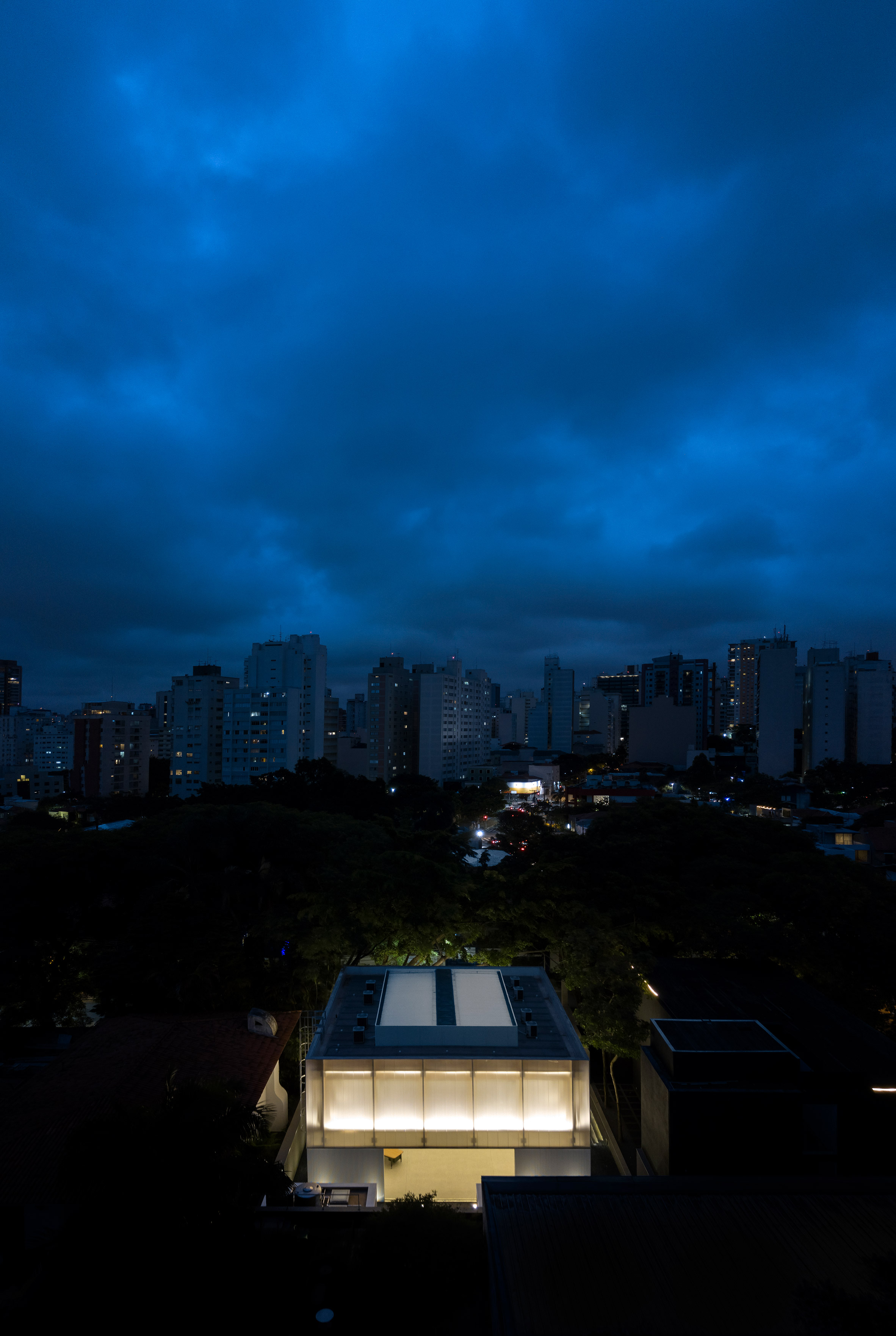 Studio MK27, which ranked 95th in Dezeen’s inaugural Hot List, has created a number of distinctive projects in its home country of Brazil, including a concrete house with an upper volume that floats over a swimming pool, and an elongated, metal-clad house in the mountains.

Photography is by Fernando Guerra.