Two timber-clad villas – one dark and the other silvery grey – balance over a steep hillside on the Swedish island of Lidingö, in these intricately rendered visuals of the project by Ström Architects. 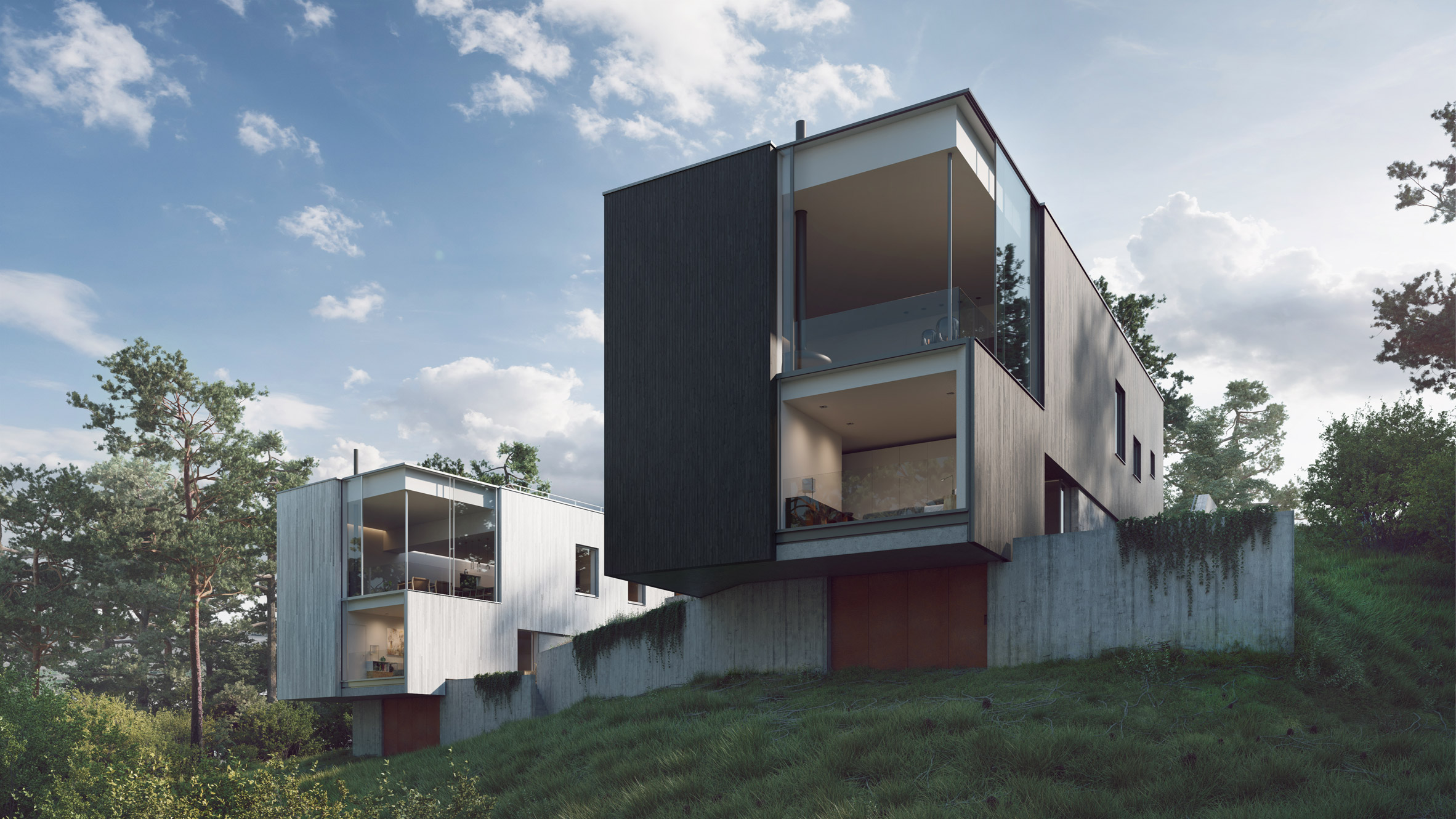 The imagery released to accompany the proposal is the latest in a series of photo-realistic renderings of Ström Architects’ future projects and was created by 3D visualisation studio nu.ma.

The two almost-identical villas will be differentiated by their cladding and interiors, with one featuring blackened-timber cladding both inside and out, and the other ashy-grey. 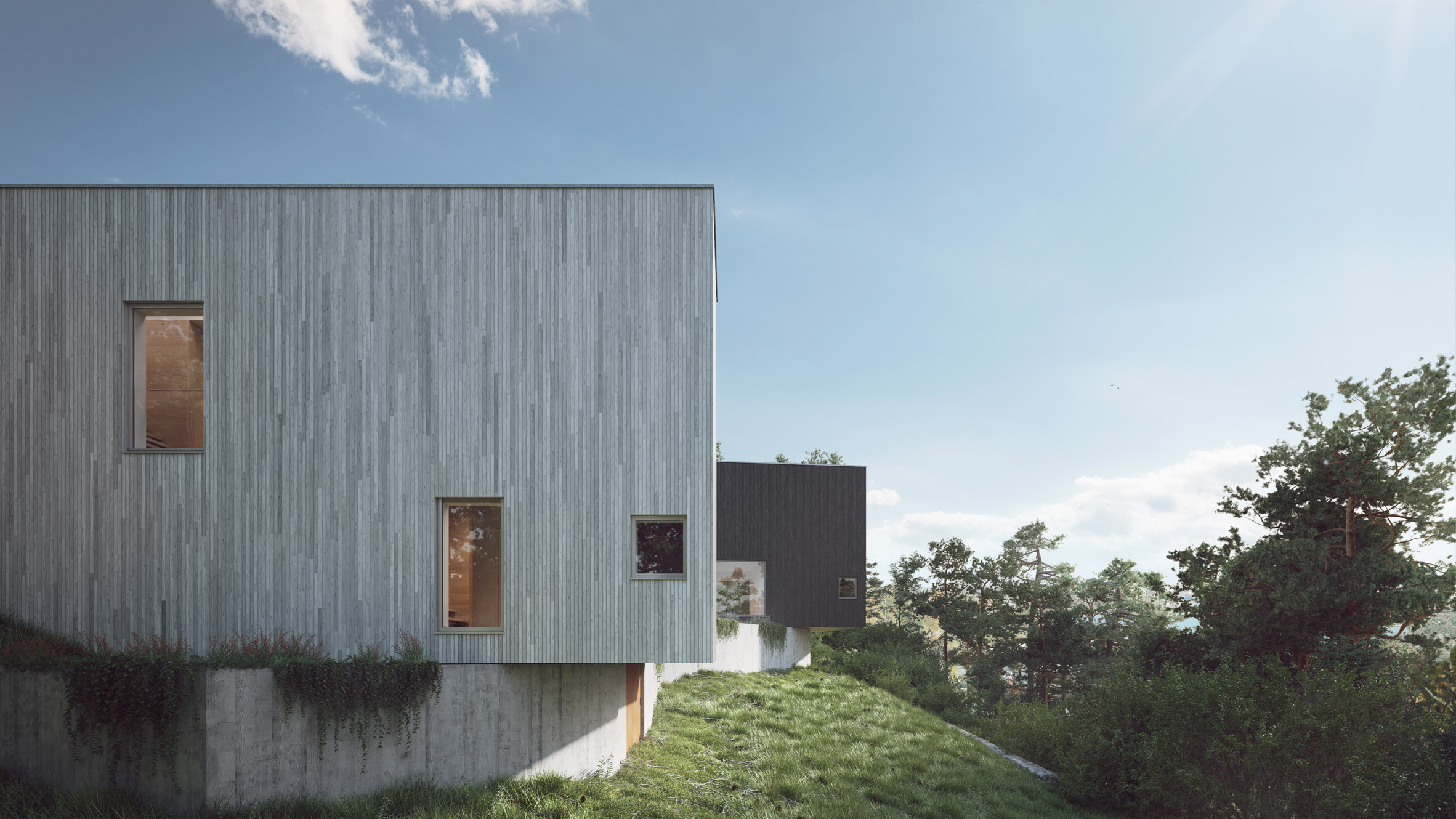 The slightly larger of the two houses will be covered in the black-stained wood, while the smaller house will have the shell of lighter-toned wood.

“The two villas share a common design language, yet they have their own identity,” explained Ström. 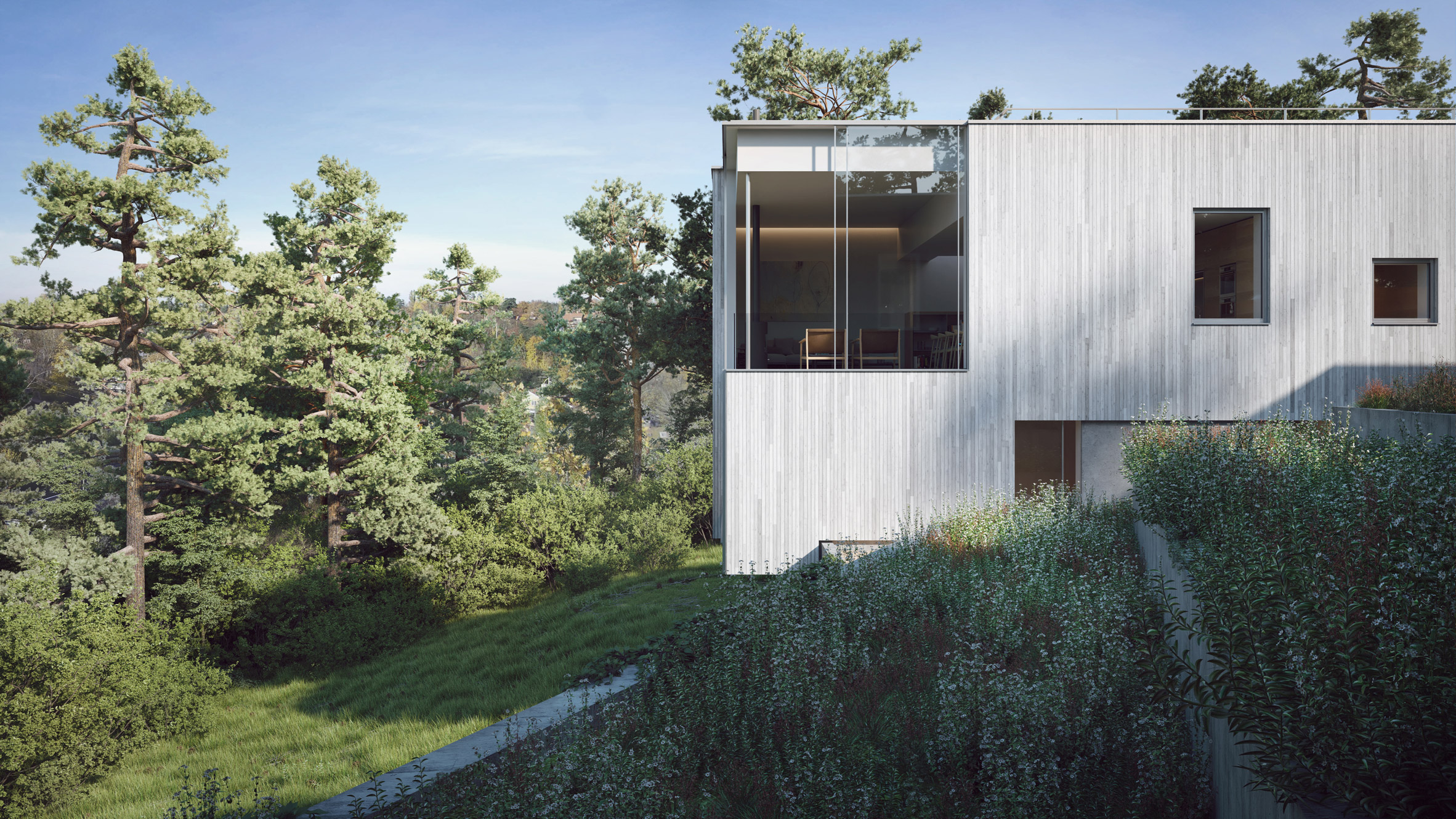 While each property will be three storeys tall, the hillside plot means just a small portion of the upper floor will be visible from the street, where two driveways will be separated by a low board-marked concrete wall and framed by planted borders.

But at the northern end of the site the full scale of the two rectilinear blocks will be exposed, where they cantilever out over a small concrete wall. 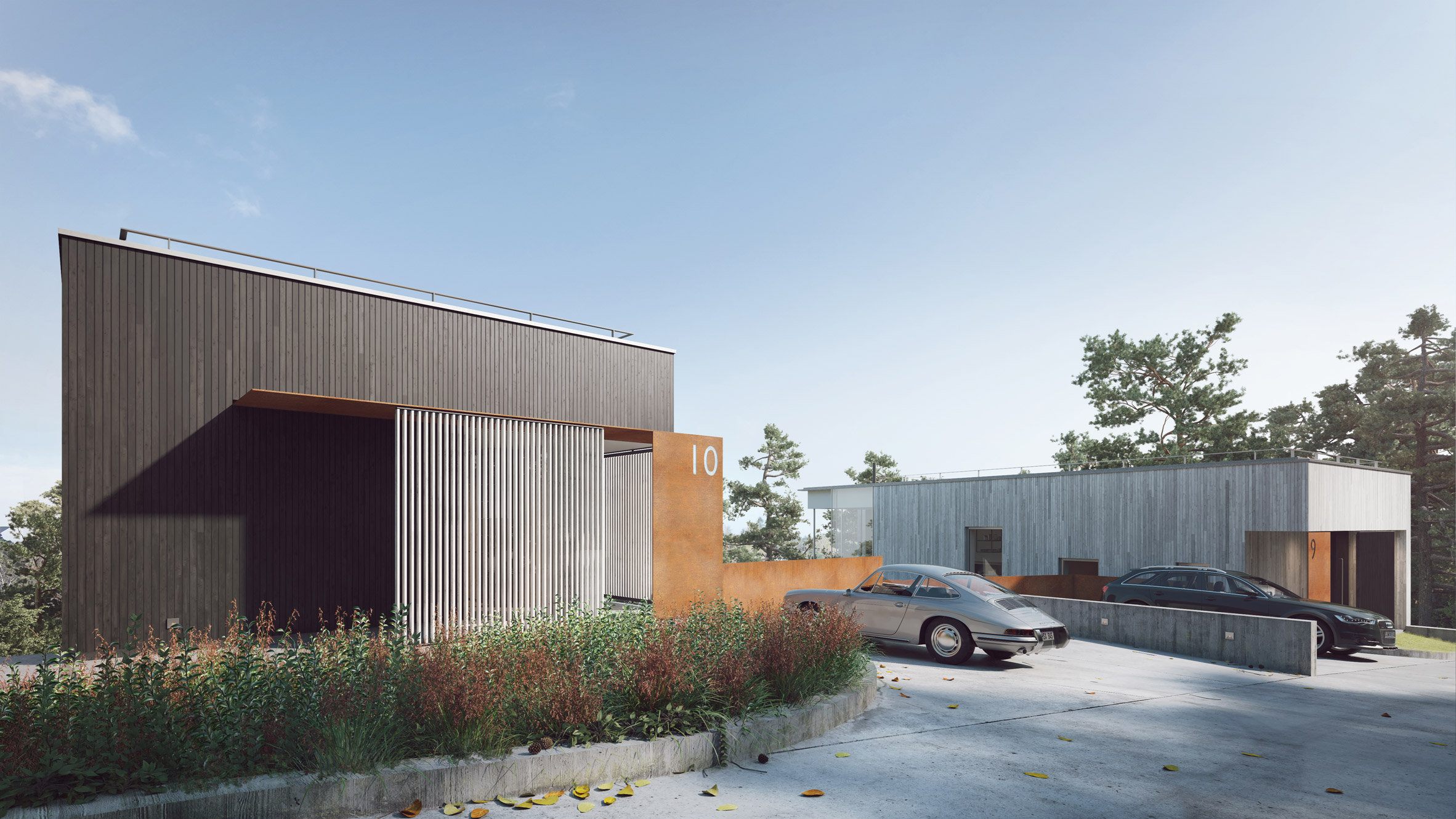 A tiered garden set between the two properties will step up in the centre to screen patios adjoining the glazed living spaces and guest bedrooms. These will be located on the top floor of each home, alongside an entrance hall and cloakroom. 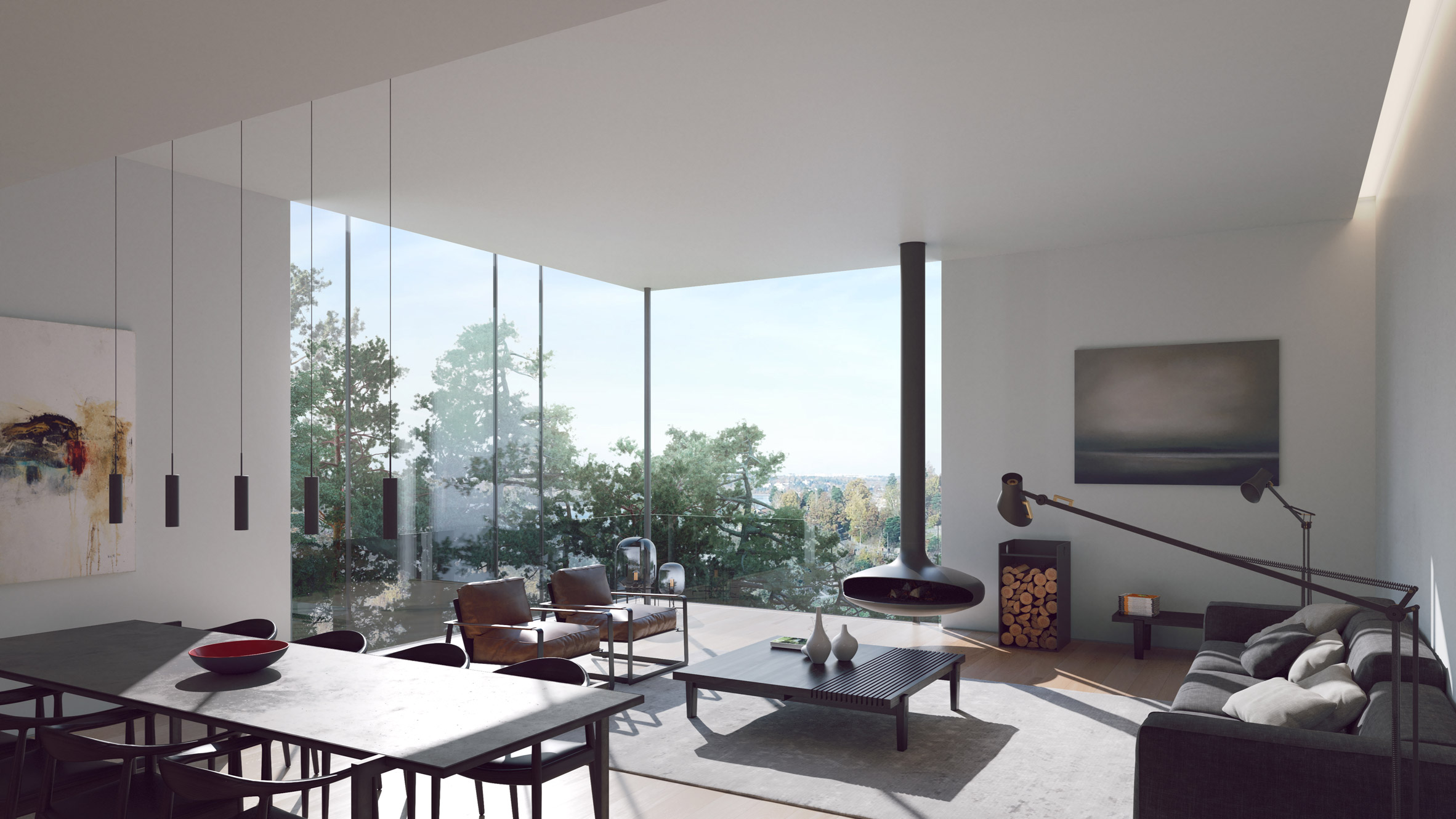 Full-height windows slotted into the north-east corner of the upper floors are designed to give views over the slope, while smaller windows in the flanks of the blocks will aim to provide a degree of privacy from neighbours. 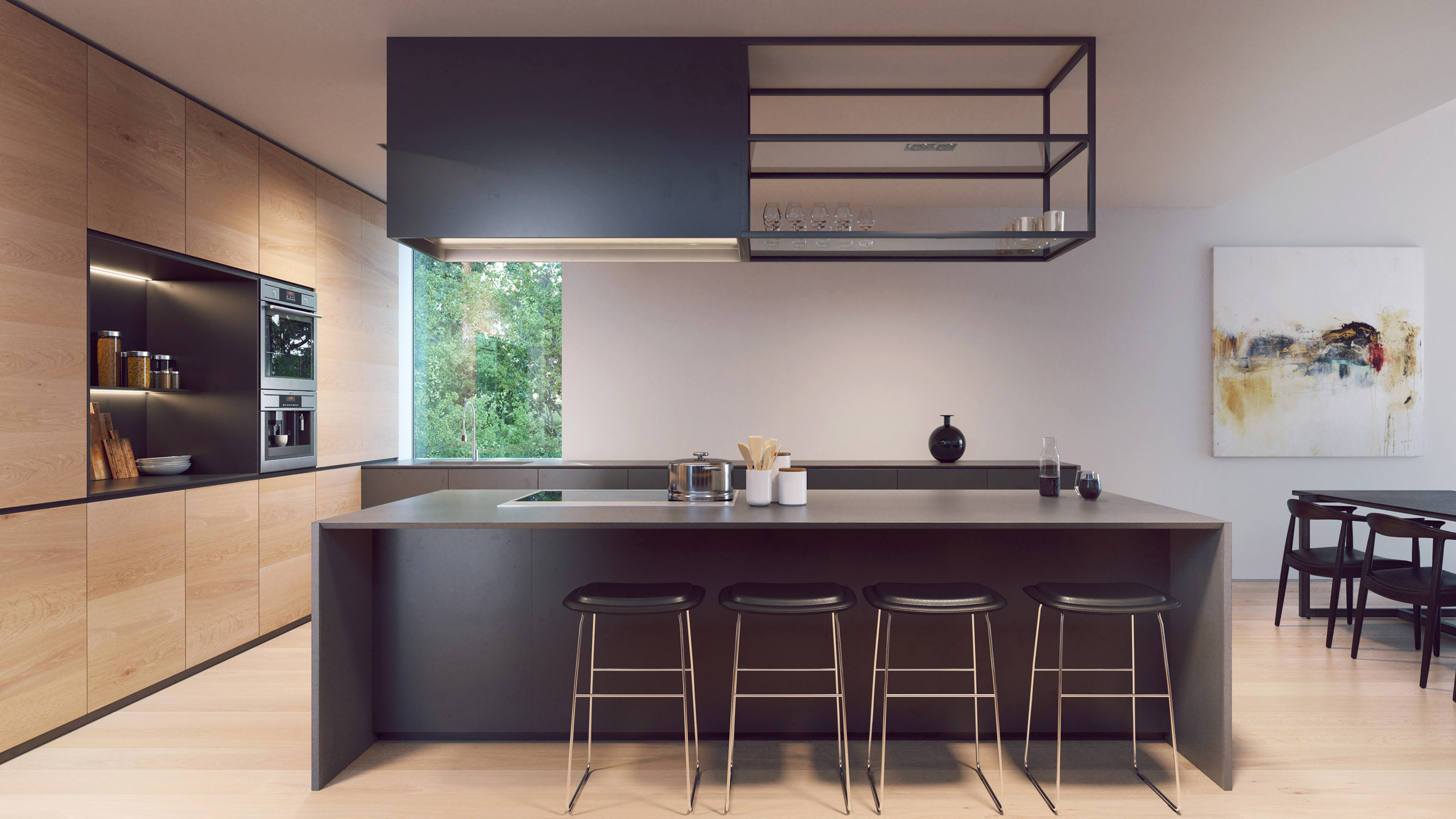 Bedrooms will be spread across the middle floor, with utility spaces and a playroom partially embedded in the ground on the lowest level. 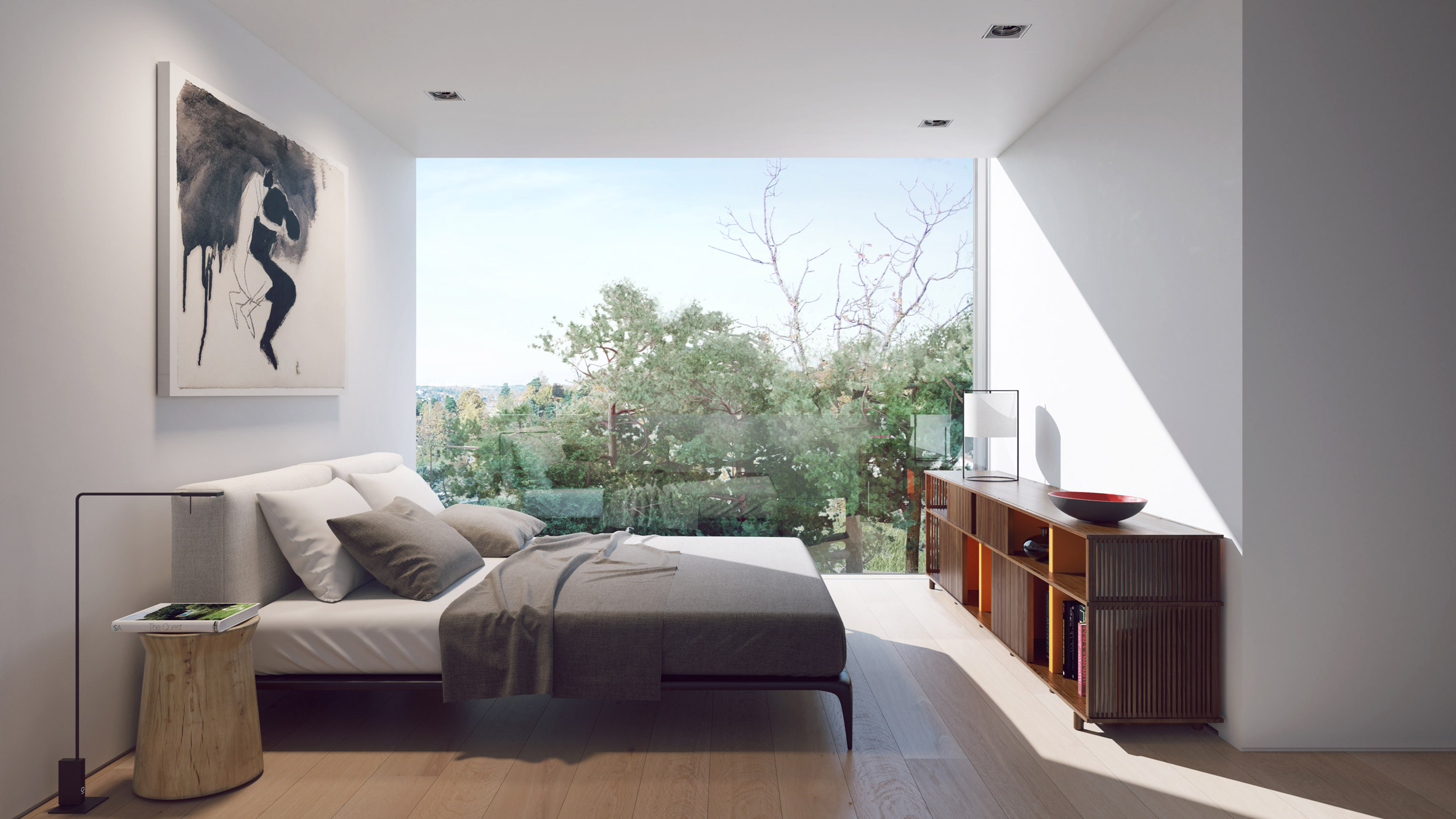 A staircase set below a continuous roof light will link all three storeys and continue onto terraces on the flat rooftops.

From here, residents will be able to take in views of the tops of surrounding trees and beyond to the archipelago. 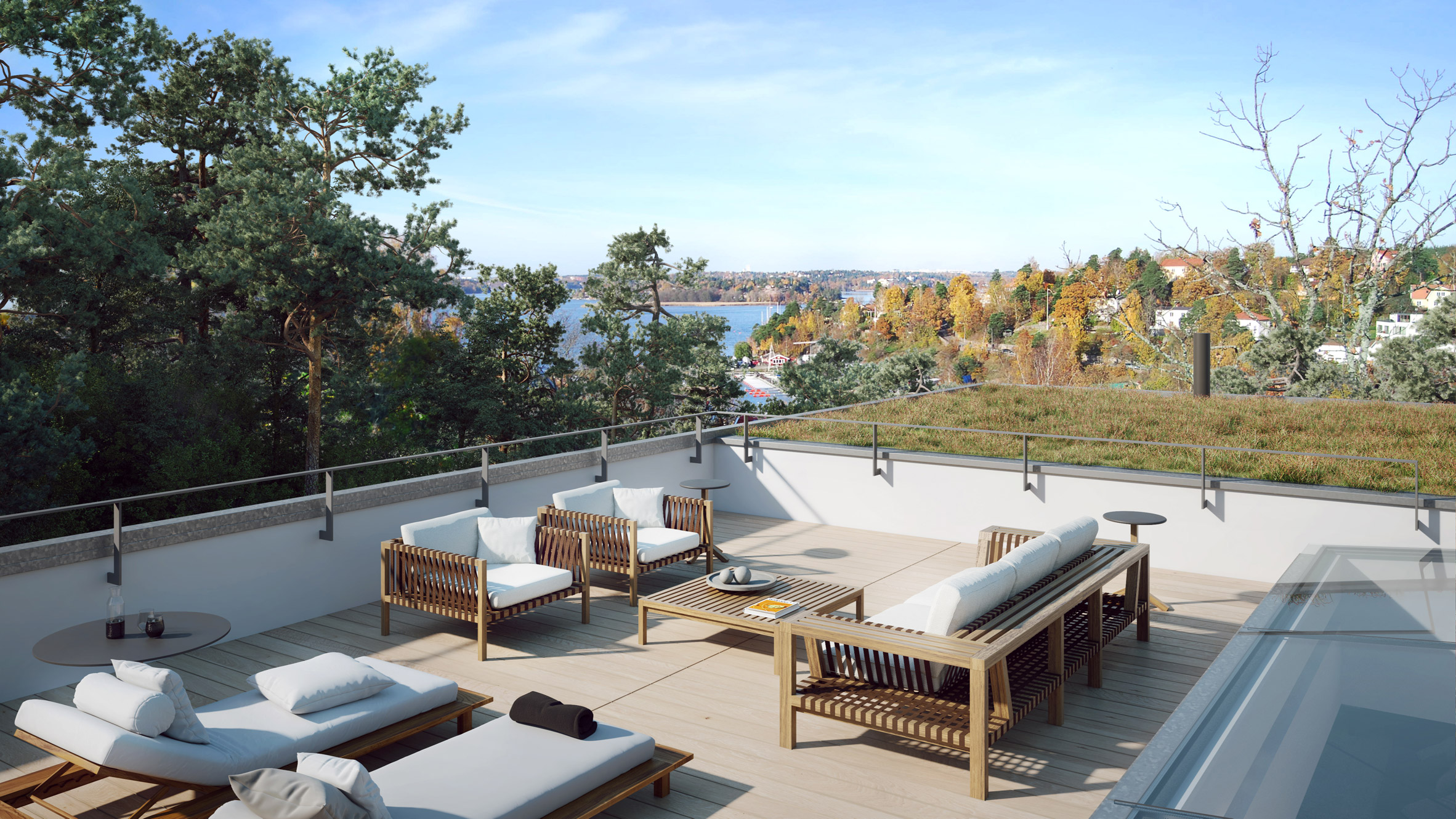 Ström Architects, which ranked 126 on Dezeen Hot List, frequently works with highly skilled architectural visualisers such as nu.ma and The Boundary on their projects.

Earlier this year the studio completed a retirement home in the English countryside, a project that Henry Goss of The Boundary created atmospheric renderings of back in 2014.

Ström Architects designs a country house protruding over a wall

Goss spoke to Dezeen about his approach, revealing that the inclusion of “real-world imperfections” are the answer to creating the most realistic renderings.