london-based steven chilton architects’ design for the wuxi taihu show theatre is designed to represent an abstract representation of the largest bamboo forest in china. located close to lake taihu in wuxi, jiangsu province, china, the theater is made of slender white columns that reach up towards a golden canopy. 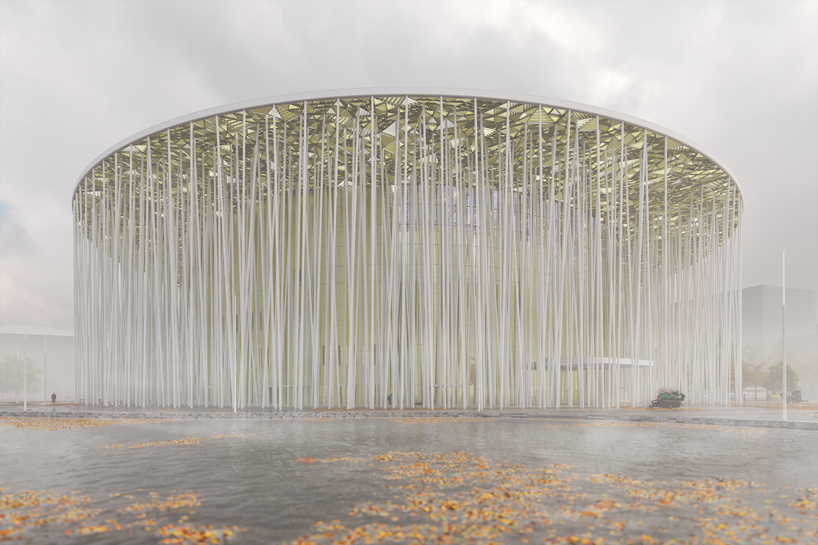 steven chilton architects have designed the building’s using three primary elements, the columns, the shade canopy and the building envelope. representing an abstract impression of a bamboo forest, the slender white columns are positioned around the perimeter of the building in such a way as to provide a screen between the building façade and surrounding landscape. the ‘bamboo’ columns clear around the various entrances to help frame the accesses into the building. 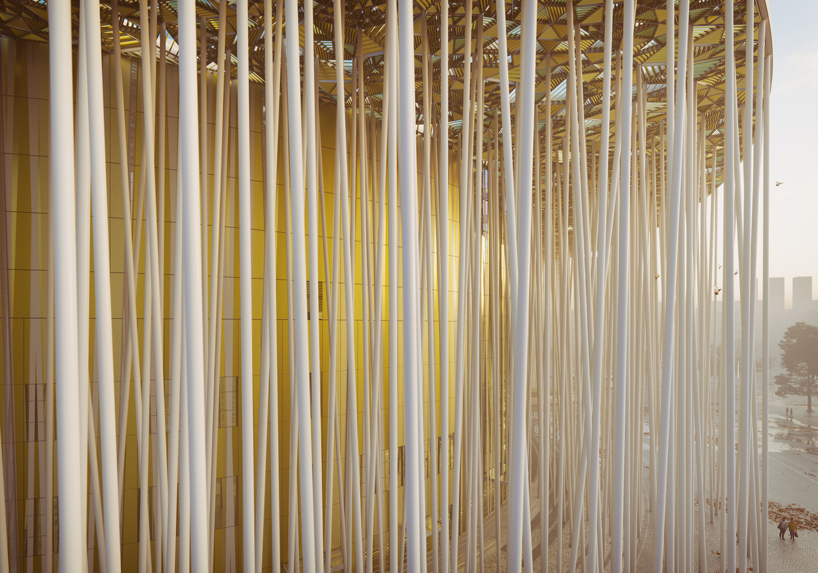 the shade canopy wraps around the perimeter of the building at roof level representing the canopy of
leaves that exist at the top of a bamboo forest. the canopy is made up of various triangular bays containing rows of
gold anodised aluminium louvres. each bay is orientated randomly to create an organic quality to the structure and
light and shade patterns that fall across the building envelope through the day. each bay of louvres is also set at
different angles to heighten the sense of variation when viewed from different angles. 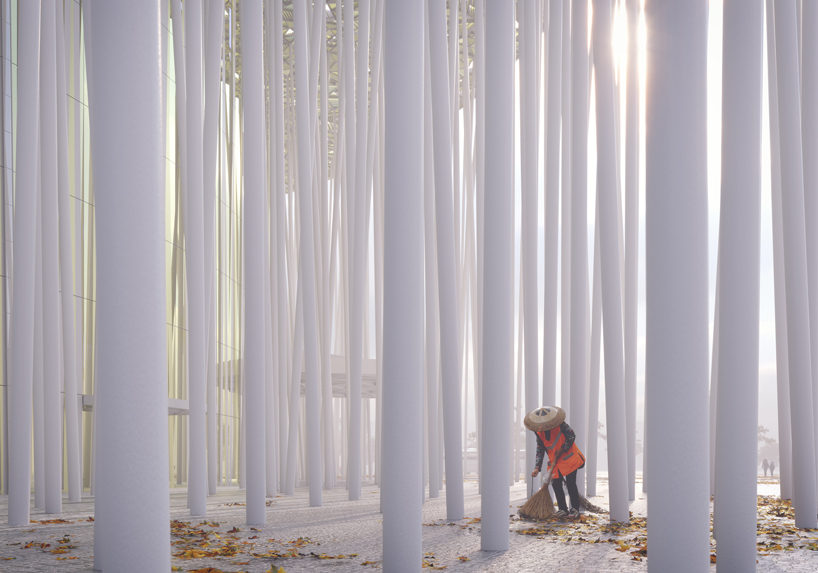 at night, the building envelop is illuminated from below, becoming an ethereal beacon, glimpsed between the forest of ‘bamboo’ columns, drawing spectators and audience in from across the lake and surrounding development. the theatre is due to open in december 2019. once complete, the 2000 seat theater will house a permanent water show by franco dragone, best known for his production the house of dancing water. it is currently a finalist for the world architecture festival future project award in the cultural category. 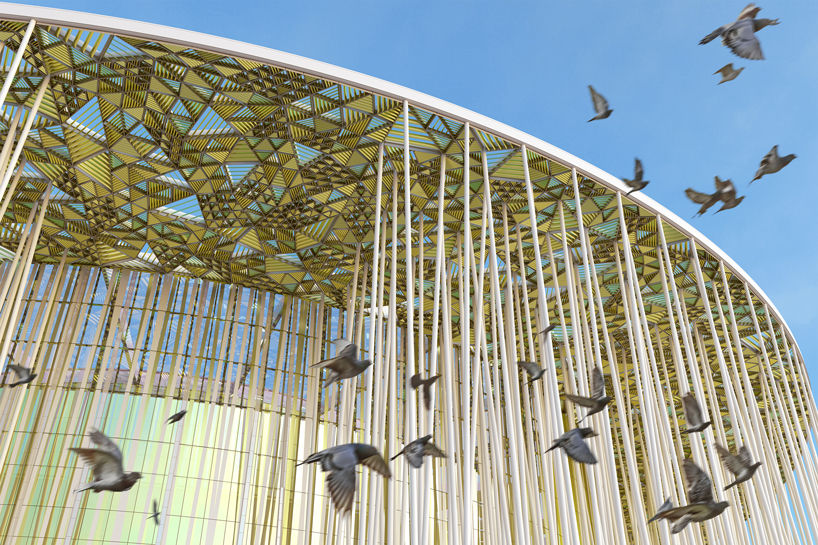 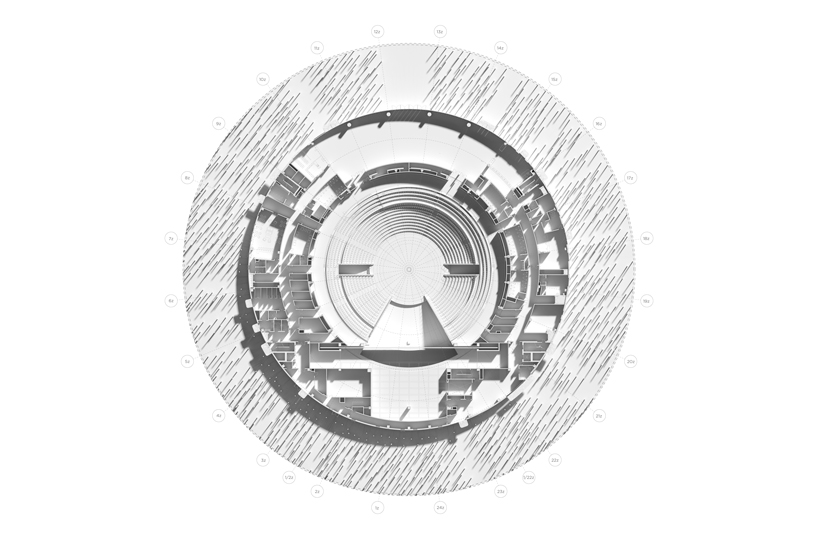 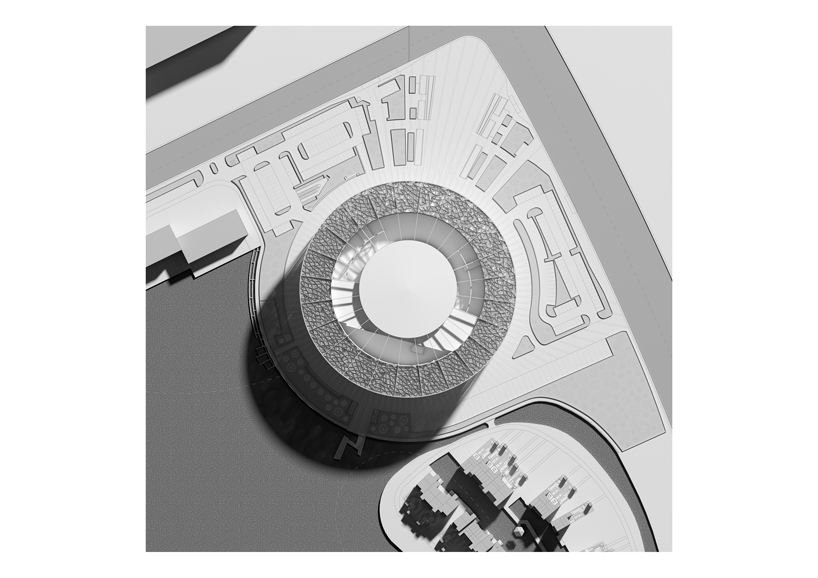 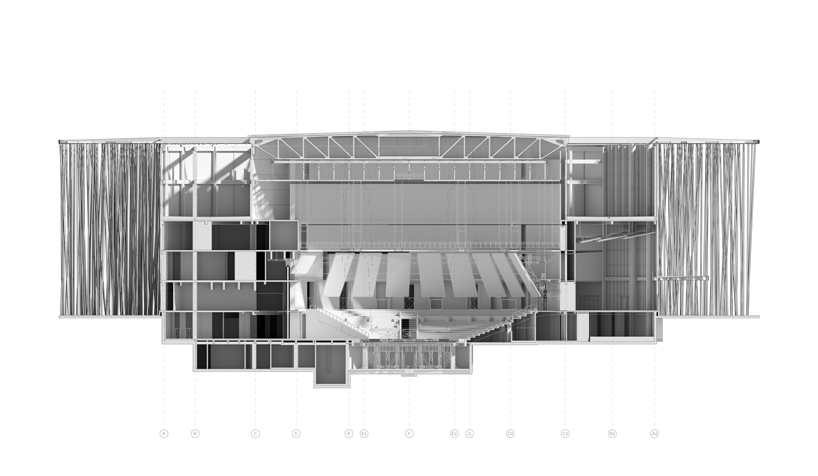