The controversy surrounding the site of Santiago Calatrava’s ill-fated Chicago Spire continues, as the city stalls the pair of skyscrapers that SOM‘s David Childs has proposed for the vacant waterfront plot.

Reilly announced the news in a letter sent to the community surrounding the Spire Site, which is located where the Chicago River flows into Lake Michigan.

He highlighted a number of issues with the “sister skyscrapers” – including security, the esplanade along the Ogden slip, the height of the podium base, and the inclusion of a boutique hotel – which would need to be addressed before progressing. 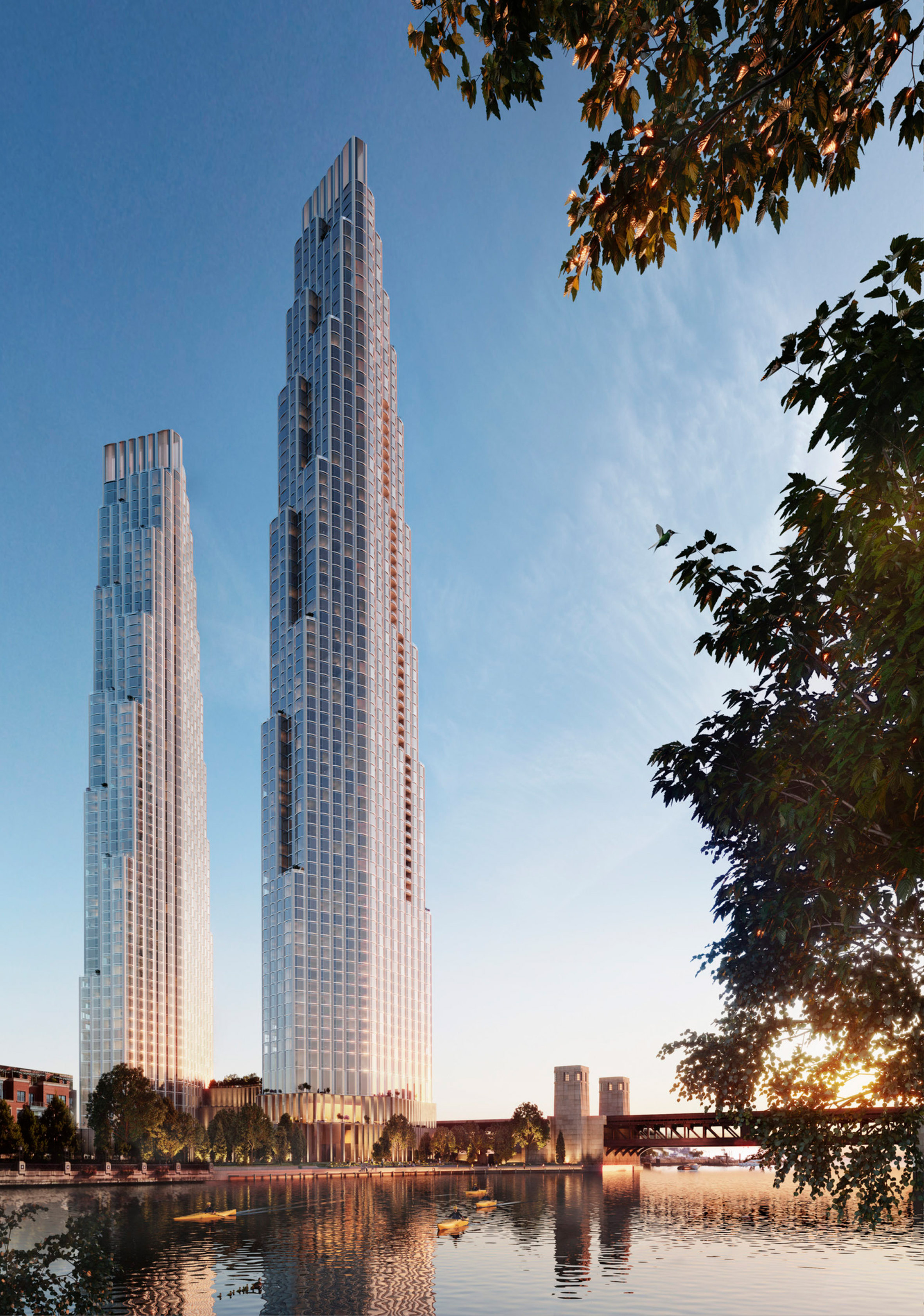 “The 400 North Lake Shore Drive proposal will not be moving forward in its current form and is therefore rejected,” said Reilly in the letter.

“In the event the developer chooses to address the legitimate concerns regarding their proposal, my office will be sure to provide all impacted neighbours with an update.”

In the letter, Reilly details a number of meetings held to address the community’s concerns with the projects. These were then listed in a memo sent to Related Midwest on 13 August 2018, but had not been taken these into consideration.

Reilly’s rejection of the scheme follows a series of stop-and-starts with the Spire site, which has been left empty since 2008, when Calatrava’s project was stopped one year into construction due to the global financial crisis.

Related Midwest took on the site in 2014 and enlisted Childs – designer of New York’s One World Trade Center, and chairman emeritus of architecture firm Skidmore Owings and Merrill (SOM) – to oversee the new project.

His new proposal revealed in May 2018 features two skyscrapers that are nicknamed sisters because, although similar, they are a different shape and size: the 900-feet-high (274-metre) South Tower is slender and tall, while the shorter 850-foot (259-metre) North Tower is more stout.

The towers were designed at angle to one another, with a large gap left gap between to maintain views from Downtown Chicago to the water.

“We are proposing a new urban destination: two residential towers, iconic both at their base and in the sky, differing in placement, rotation, and height,” said Childs in a statement released at the time.

A mix of luxury condominiums, apartments and the controversial hotel were planned for inside. Global firm Gensler proposed similar accommodation for another alternative for the waterfront site, which it released in 2016, but this was never picked up.

The Spire is among a number of Calatrava’s projects that have encountered issues. Last year, work on the Greek Orthodox church he is working on at New York’s World Trade Center site was suspended indefinitely, while the nearby Oculus transportation hub and a Ysios winery in Spain have sprung leaks in the past.