The studio has refreshed the design of the mixed-use development on the J L Hudson’s Department Store site, to include an updated programme and a markedly different look.

As the centrepiece of the project, a stepped skyscraper with terraces up two sides replaces a previous iteration that would have risen like a giant chimney stack. 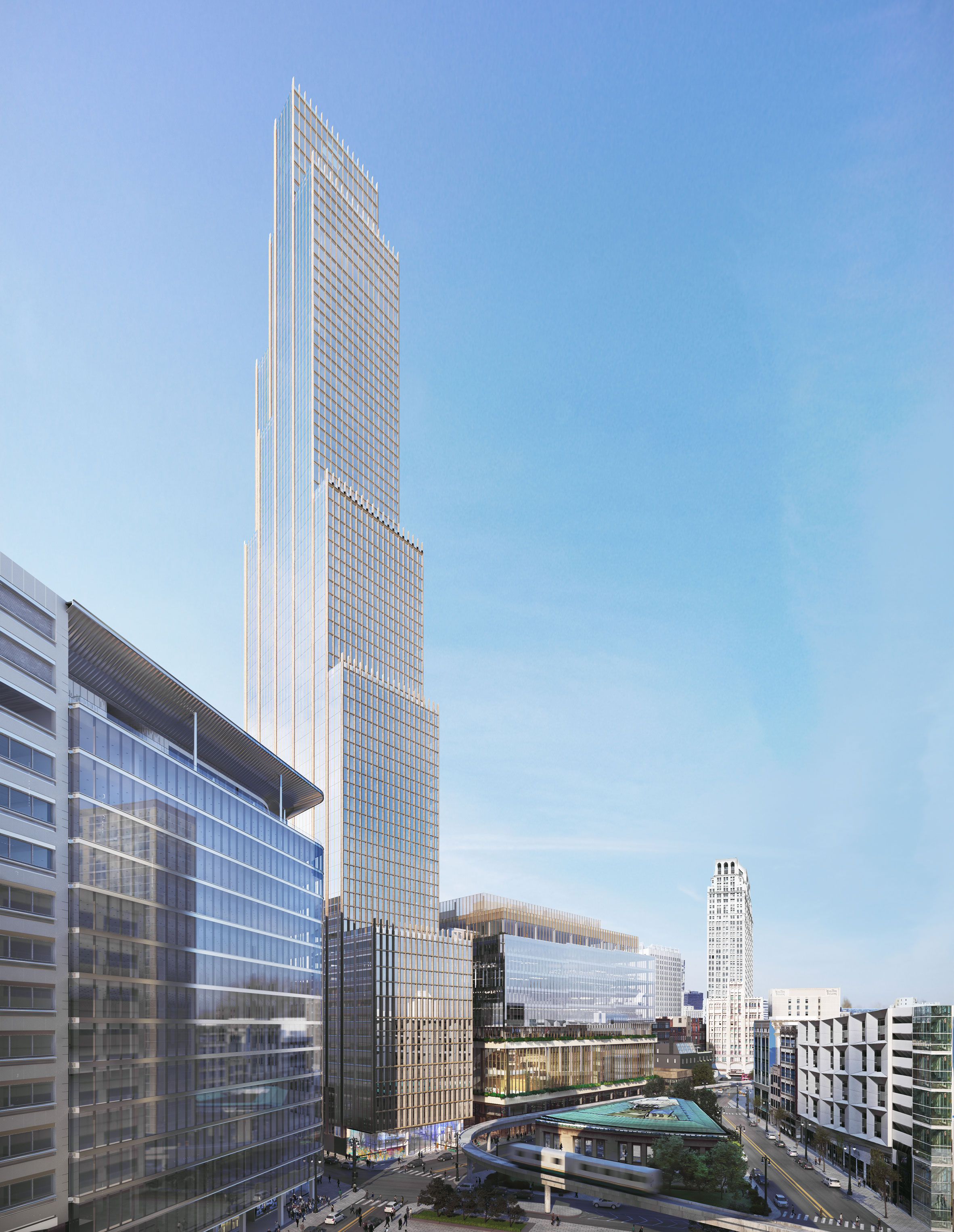 The tower’s projected height has also been increased from 734 to 921 feet (224 to 278 metres), extending its lead over the Detroit Marriott at the Renaissance Center – the city’s current tallest building. It will also claim the title of tallest in Michigan.

Instead of a pattern of brick courses across the glass facades, vertical fins will emphasise the tower’s even greater height. The building will now accommodate exhibition areas across its lower floors, then hotels below and above a central section housing 250 apartments.

“The addition of new programming in the latest iteration of the design allowed us as architects and designers to break down the scale of the tower even further, and to approach it even more holistically, something we have been conscious of since the beginning of the project.” 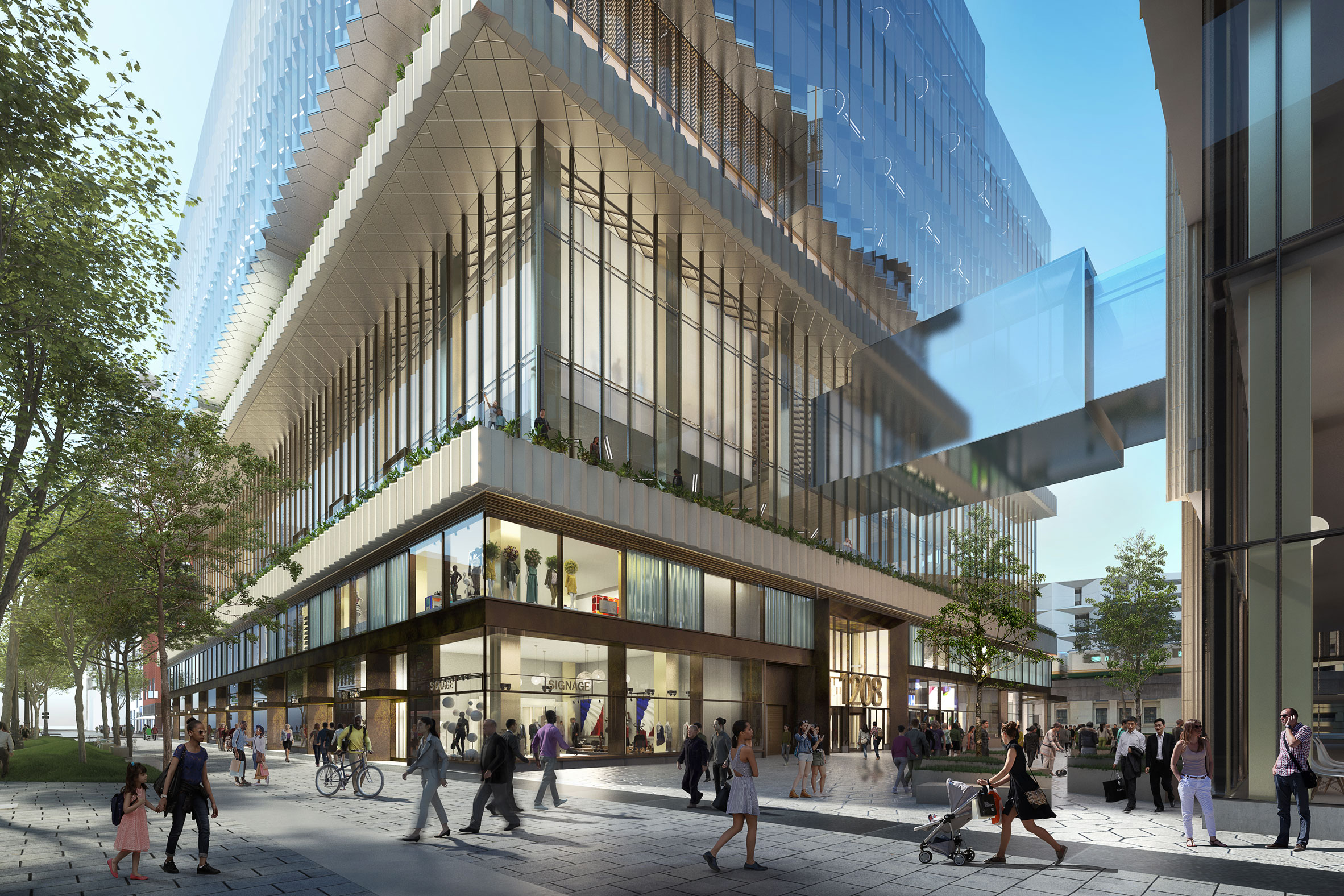 SHoP is working with local firm Hamilton Anderson Associates on the Hudson’s project, which spans an entire block along Woodward Avenue.

Beside the skyscraper, the remainder of the plot will be occupied by a lower structure containing retail
on the ground level, and events spaces and offices above.

The design of this section has also been altered, with swooping angled cuts through the building eschewed in favour of a more regimental facade treatment in a similar style to the tower. 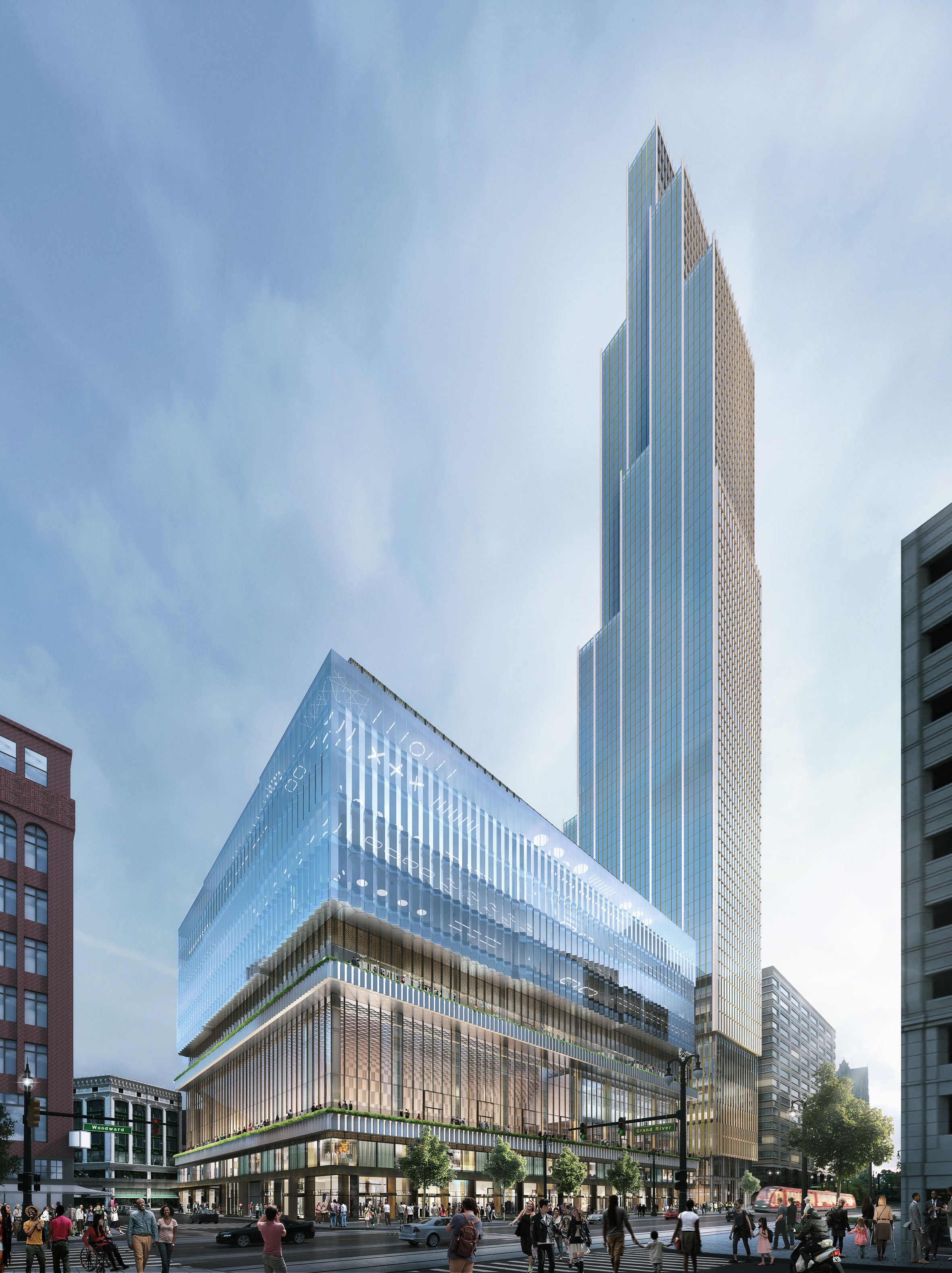 “We are excited about the direction and the design of the tower,” said Jamie Witherspoon, director of architecture for the project’s developer, Bedrock. “We think it captures sort of a Detroit essence. It draws on history and looks forward.”

The original Hudson’s began construction in 1891, and was expanded 12 times before 1946. At 25 storeys high, it was the tallest department store in the world.

Sales suffered in the 1970s, when Detroit’s industry declined and population migrated away, and the store closed in 1983. Demolition of the historic building took place in 1998. 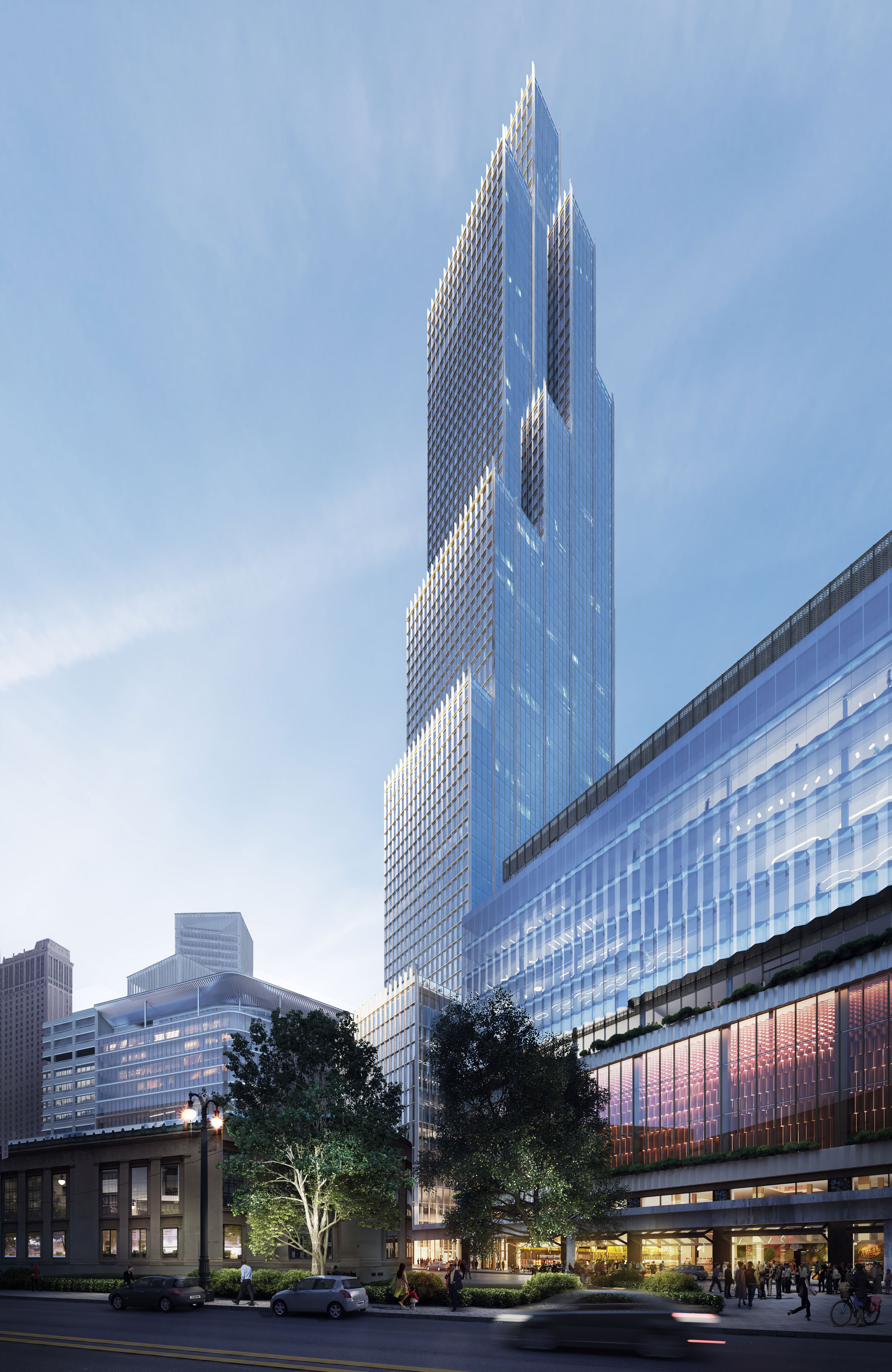 New construction on the since vacant site, which broke ground in December 2017, forms part of a wider revitalisation of Detroit.

SHoP is also working on a record-breaking skyscraper in Brooklyn, which is set to become the borough’s first supertall structure, while the firm’s 111 West 57th in Manhattan is officially the world’s skinniest skyscraper.