Architecture firm Sasaki has designed a hydroponic vertical farm for Shanghai, where leafy greens will be grown on rotating loops housed in a huge greenhouse.

The local studio designed the urban farm as part of the Sunqiao Urban Agricultural District, which will be built on a site between Shanghai’s main international airport and the city centre, and divided by a canal.

The aim of the vertical system is to offer a space-saving and economical alternative to provide food for the growing population of China’s largest city, home to nearly 24 million people. 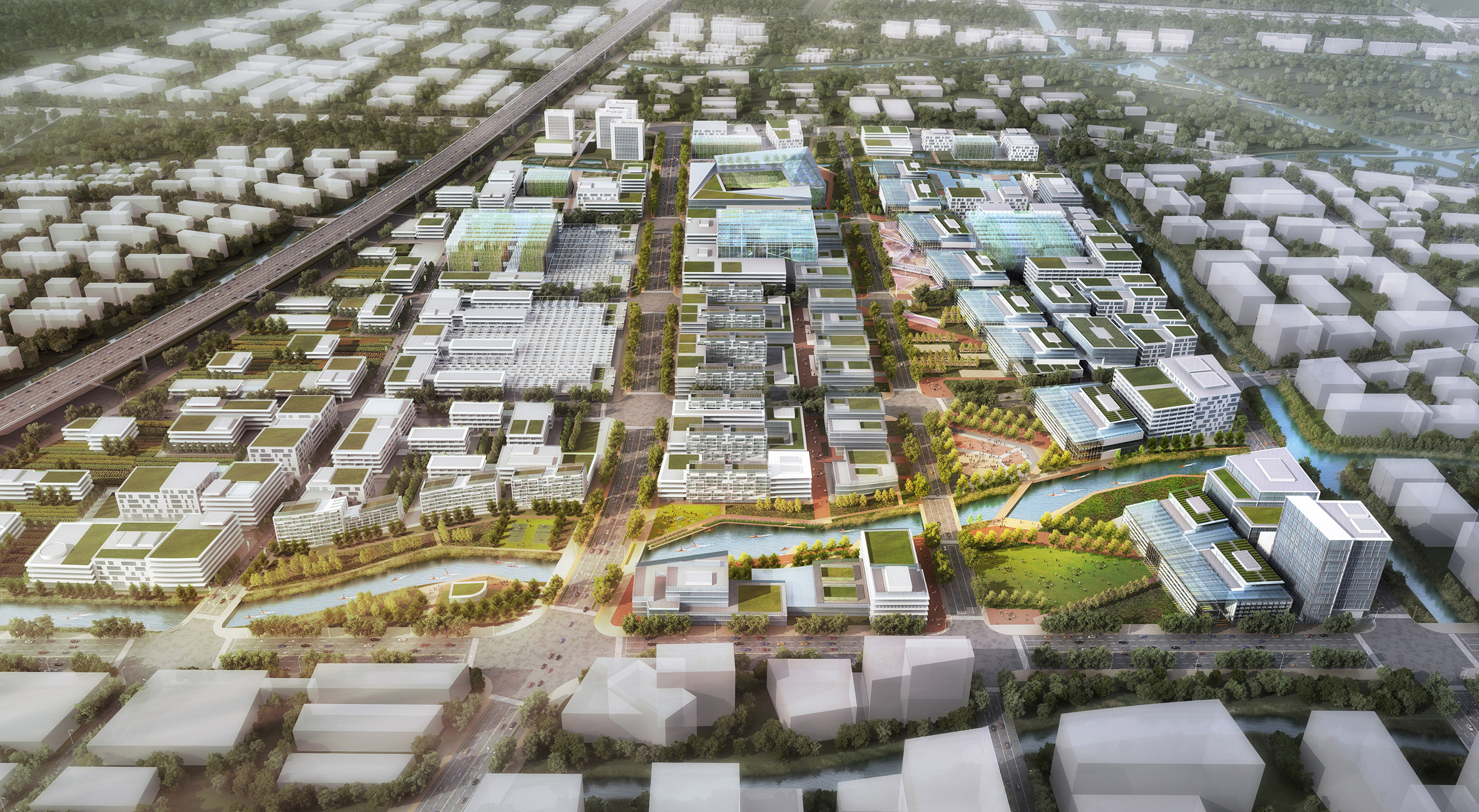 It will focus on producing leafy greens like kale, spinach and lettuce, which are a staple of Shanghainese diet. These will be grown along a series of looped rails arranged side by side in the greenhouse.

The structures will rotate to offer a fair distribution of natural light from the sawtooth roof. Water sourced from a rainwater collection tank will be used to grow the plants hydroponically, while the nutrients will be gathered from the waste of fish houses in the aquaponics room. 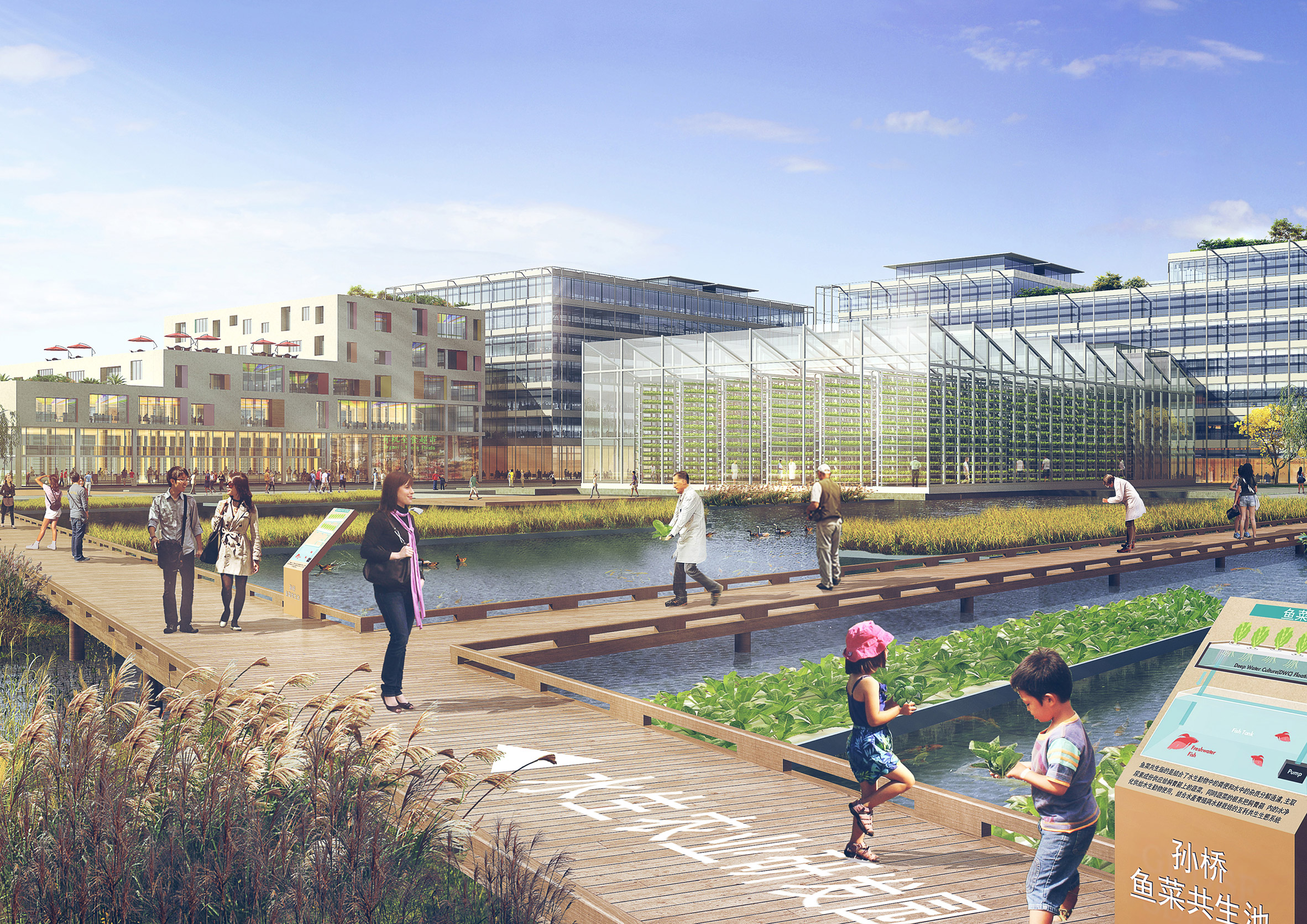 “Shanghai is the ideal context for vertical farming,” said Sasaki. “Like many global cities, land prices are high, which makes building up rather than out the economically prudent choice.”

“Even more significant is the Shanghainese diet, which typically consists of up to 56 per cent leafy greens,” the architects continued. “Leafy greens are also an excellent choice for hydroponic and aquaponics growing systems.”

“They thrive in the simplest of setups, and don’t need a lot of extra attention,” they said. “They grow quickly and weigh little, both of which make them an economical and efficient option.”

The complex will also integrate research and public outreach programme offices. These will include a science museum, waterfront fitness trail, plaza, digital amphitheatre and educational facilities. 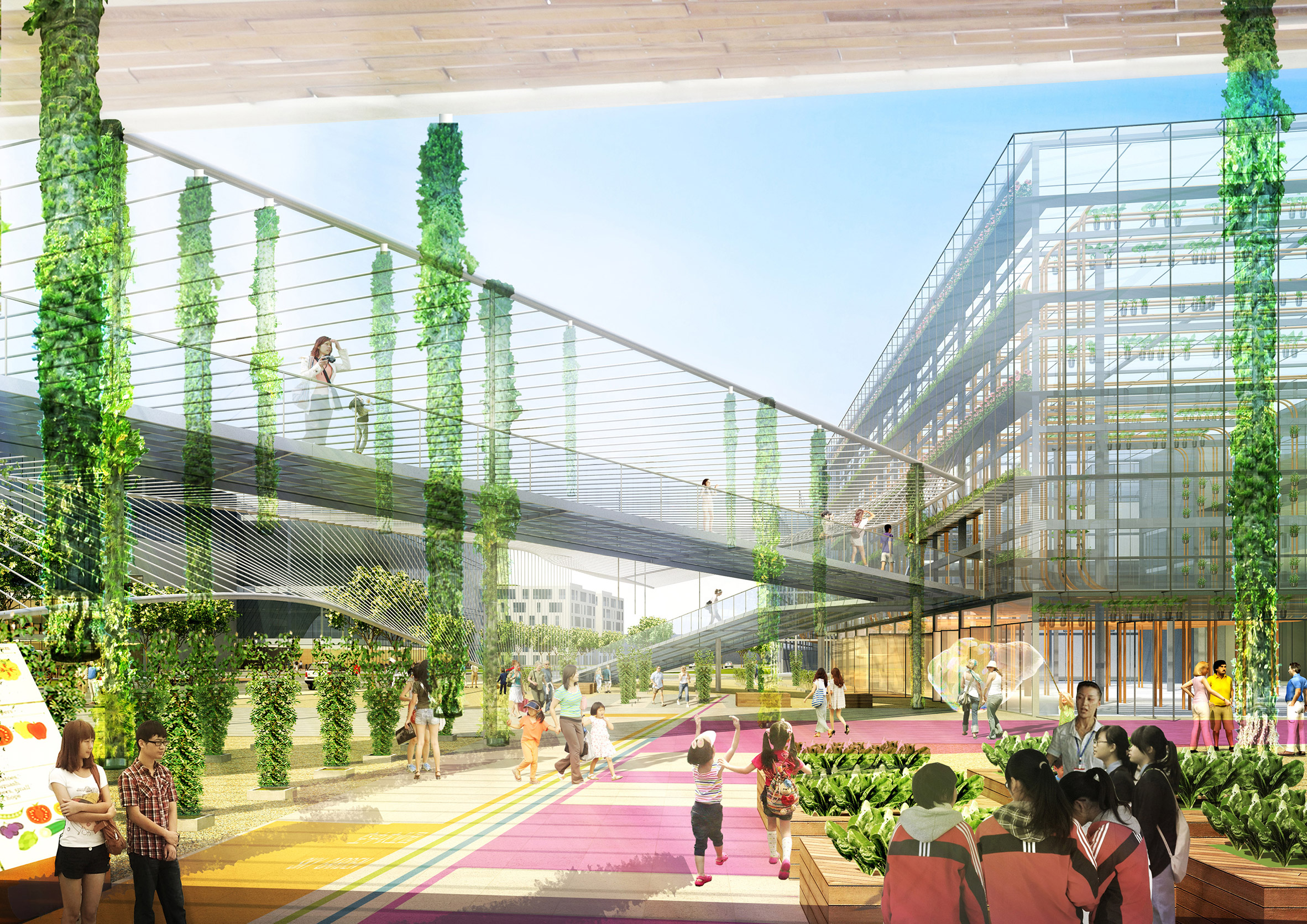 “While one goal is to position Shanghai as a leader in urban food production, Sunqiao is more than simply creating vertical food factories,” the studio explained.

“Providing a robust public realm that merges indoor and outdoor agricultural experiences, the Sunqiao experiment presents a new idea for urban life by celebrating food production as one of the most important functions of a city.”

Elevated walkways with vines growing up columns will lead around the farm and above a market for selling the produce, as well as educational facilities for teaching children.

Another greenhouse in the scheme will be landscaped with pathways between tropical wetlands. An elevated walkway will loop around a circular tower, called the Vertical Seed Library, which will showcase a variety of seeds in cabinets on its exterior. 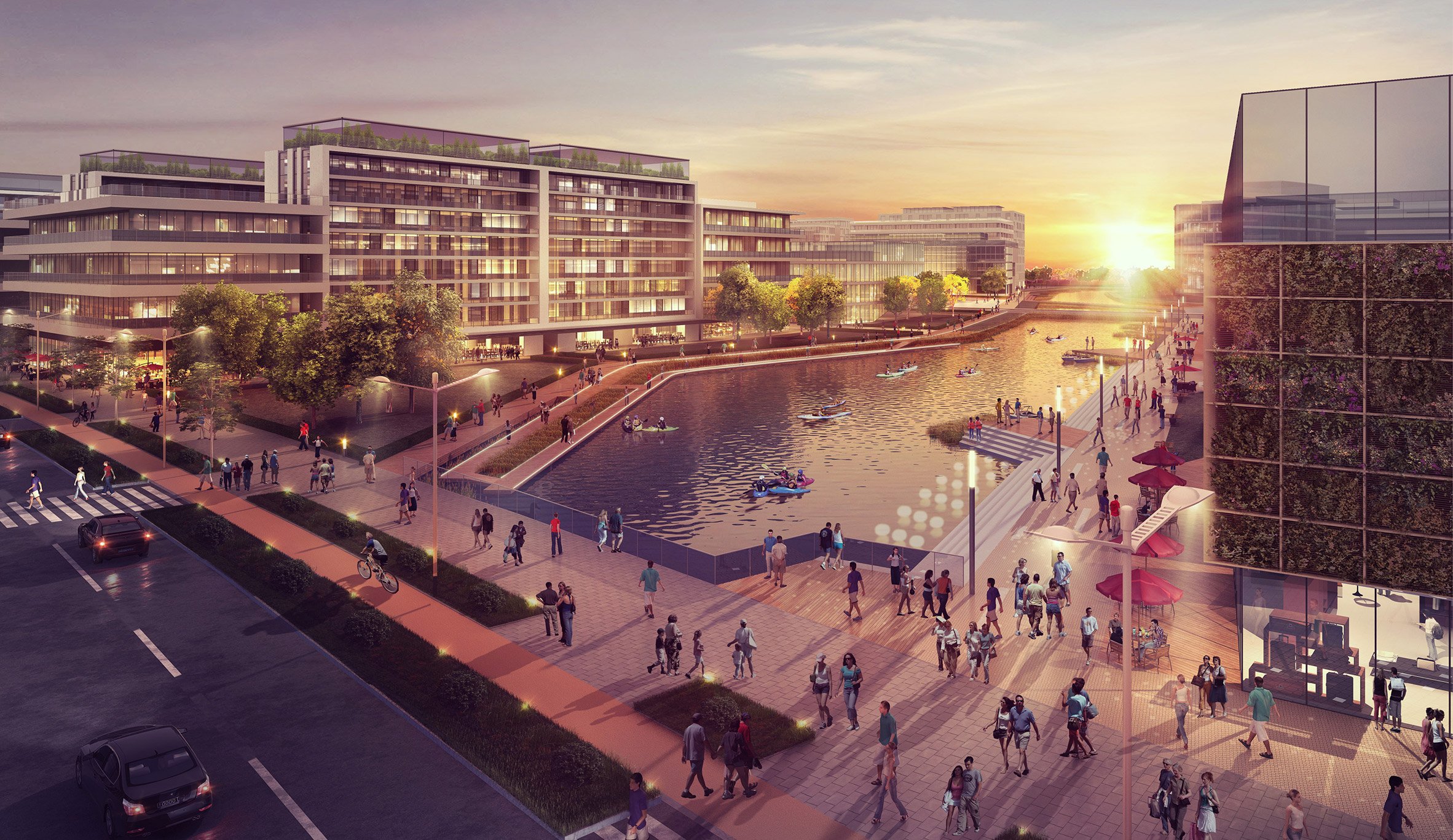 The Sunqiao Urban Agricultural District follows a series of proposals for vertical farms as an alternative to traditional land-intensive farming.

Other examples include Rogers Stirk Harbour + Partners’ concept for a bamboo-framed vertical farm and Spark’s model for Asian retirement communities that double as city farms. 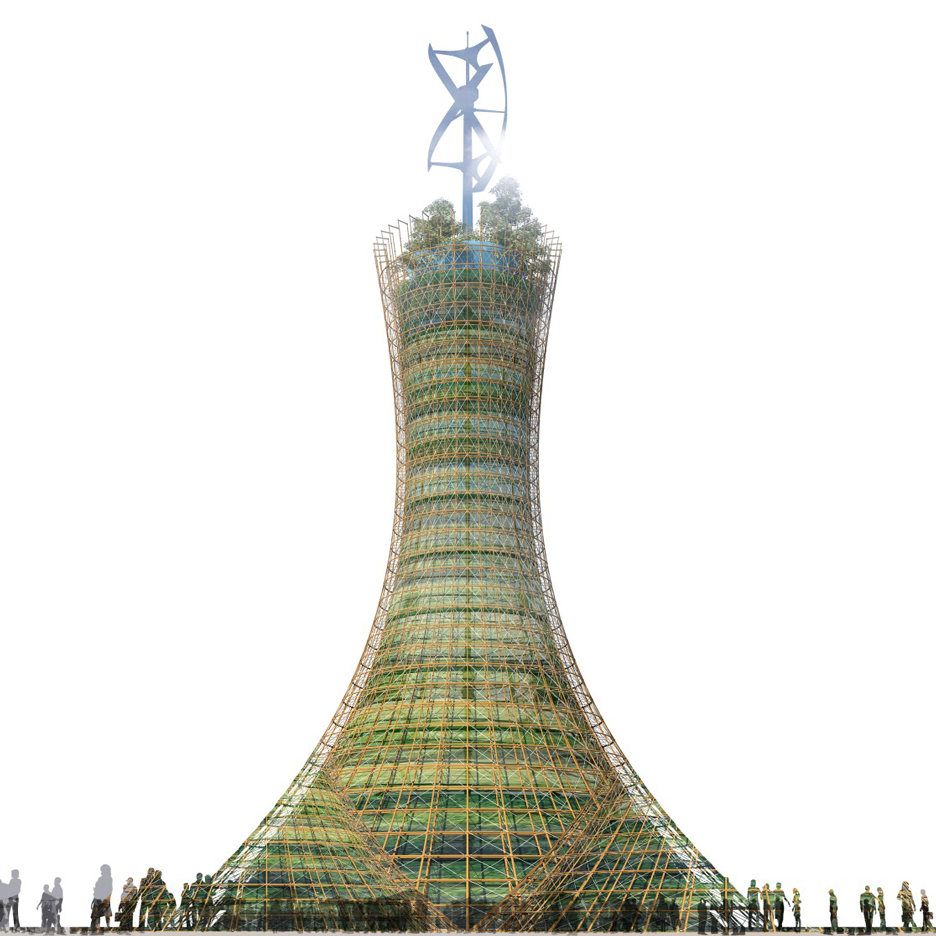