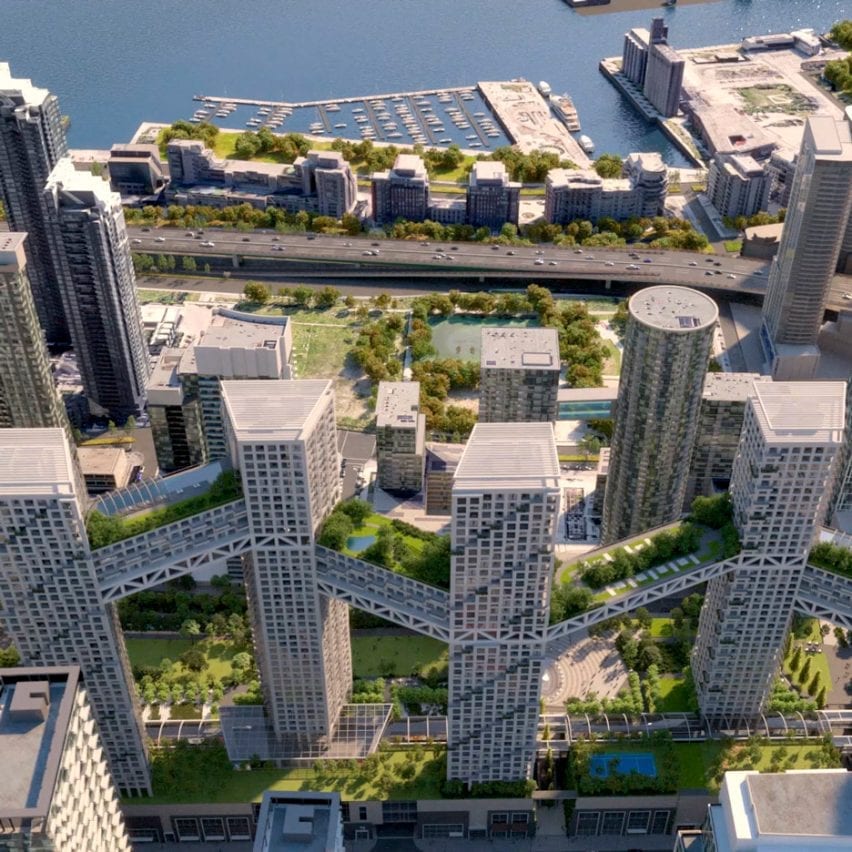 Orca is a mixed-use development in Toronto designed by Safdie Architects that will have nine interconnected residential towers alongside a park that will be built over a railway.

Safdie Architects revealed plans to build decks over a 100-metre-wide and 800-metre-long stretch of the train line that leads to Union Station. 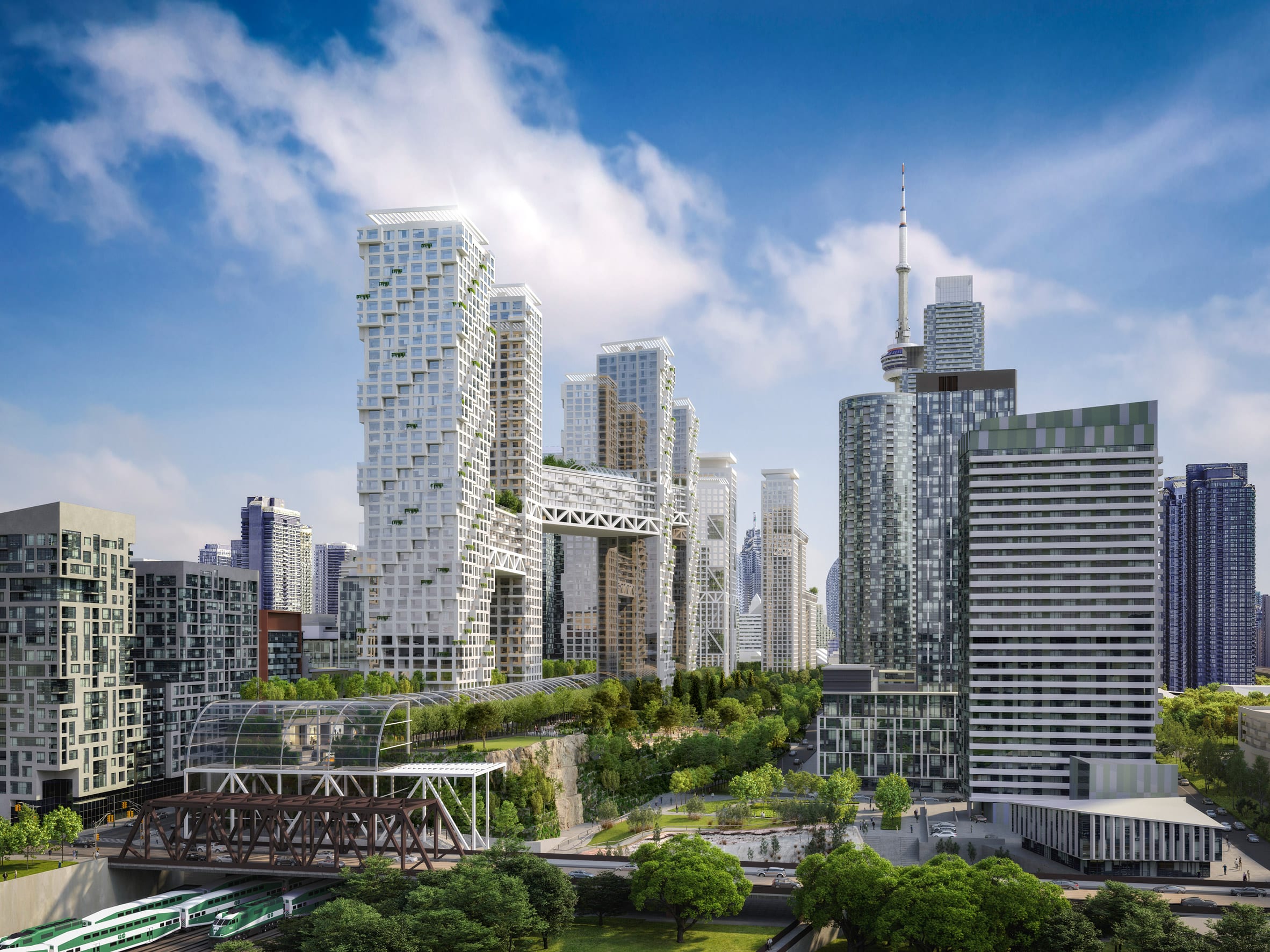 The decks will form a 10.5-acre public park and retail area set over multiple levels, next to nine high-rise towers. Renders show the towers being supported on large piloti.

One of the Orca towers will contain office space, while the other eight with contain 3,000 apartments. The high-rises will be connected together by bridges featuring gardens and amenities for residents. 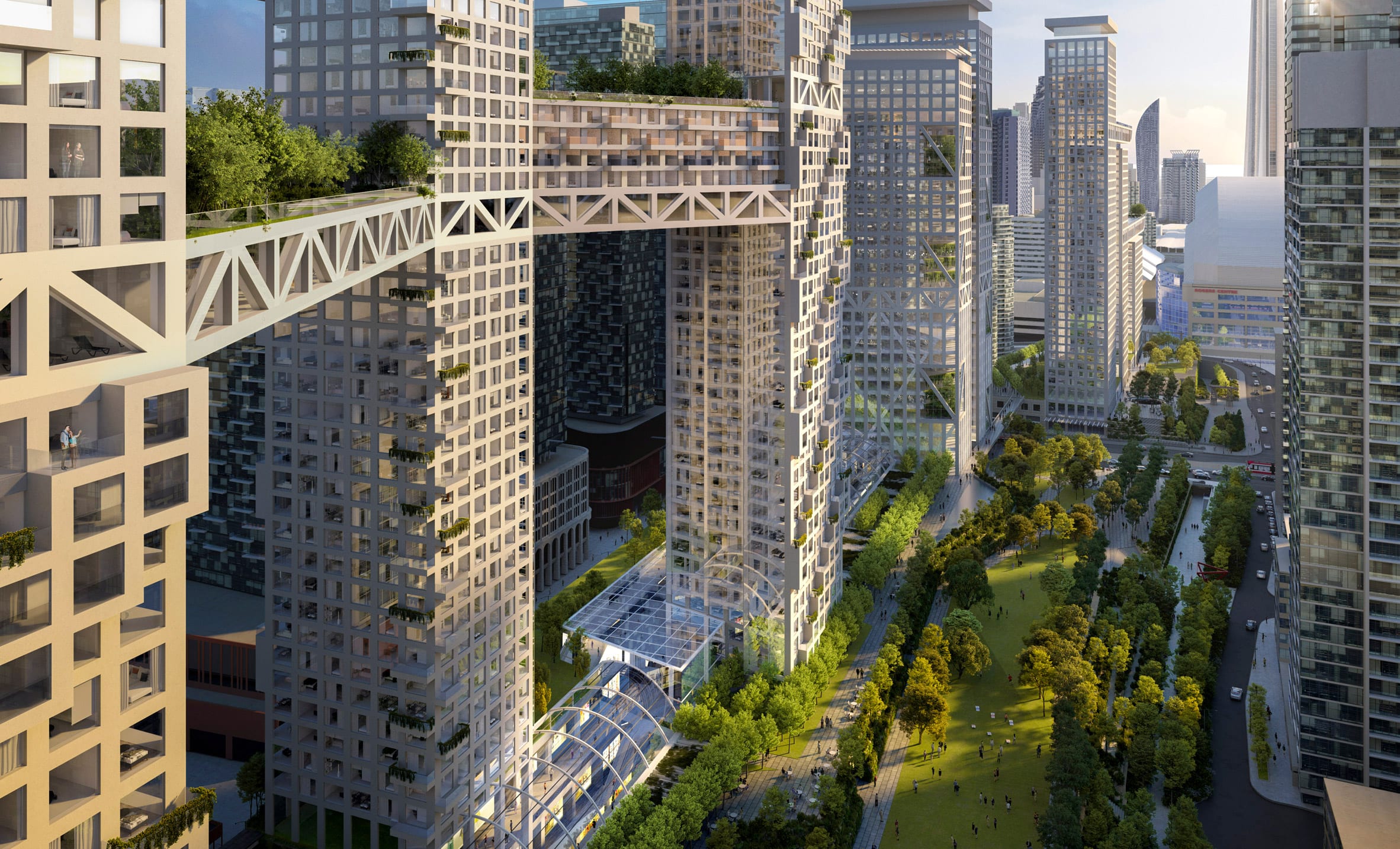 “As the city has expanded westward, the railway lands have increasingly become a brutal barrier between the King West Community and the growing waterfront district,” said Safdie Architects founder Moshie Safdie.

“Our design aspires to forge a reconnection in the community fabric by creating a lively park that is economically viable and promises a unique destination experience for Toronto,” he added.

“As an isolated park is unlikely to generate the diversity of activity required to animate the neighbourhood, our design integrates amenities for city life like shops, restaurants, and offices into the park itself, drawing in residents and visitors alike.” 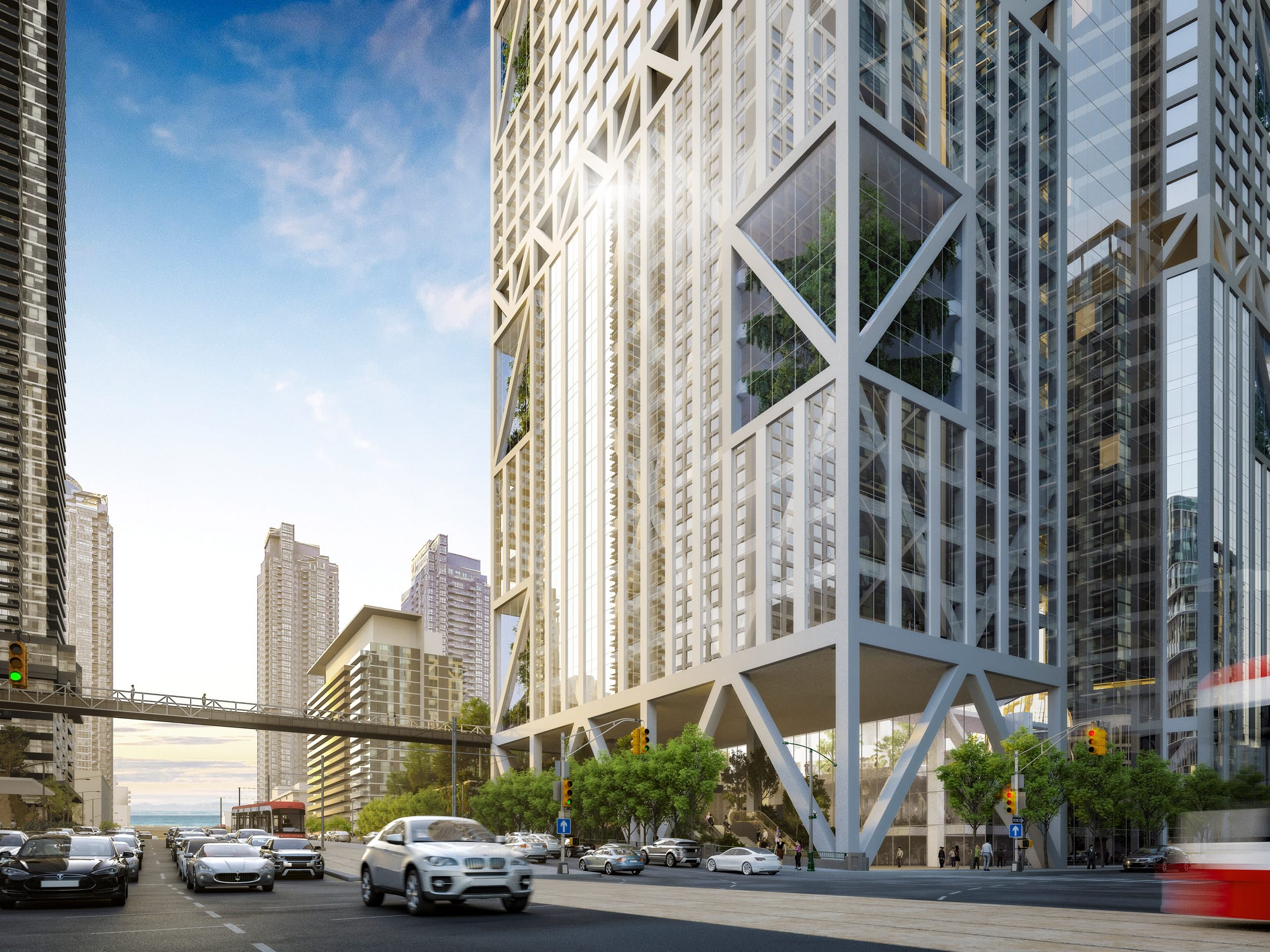 Safdie Architects worked with PWP Landscape Architecture, which designed the Salesforce Park on terraces over a transit centre in San Francisco, to create the park. It will feature playgrounds, walking trails and bike paths linked by ramps and elevators.

The shopping galleria area will be covered during the winter but will be able to be opened to the park in the summer during good weather.

Orca will join other upcoming developments in Toronto including as an esports stadium by Populous and a pair of twisting reflective skyscrapers from Frank Gehry.

Boston-based Safdie Architects was founded in 1964 and has offices in Singapore, Shanghai, and Jerusalem. Recent projects from the practice include the Crystal skybridge at Raffles City Chongqing and the Jewel Changi Airport in Singapore.