risco has extended the oeiras clinic in lisbon and transformed it into the luz hospital. this transformation concerned the construction of a new building adjacent to the existing clinic. in addition to an overall reorganization of the program, the core theme of the project entailed giving the proposed building an entirely different design to the current one, while creating a united image. the strategy involved studying the integration of the architecture, signage, furniture, technology and internal communication, from the initial phases, to produce a global quality hospital. 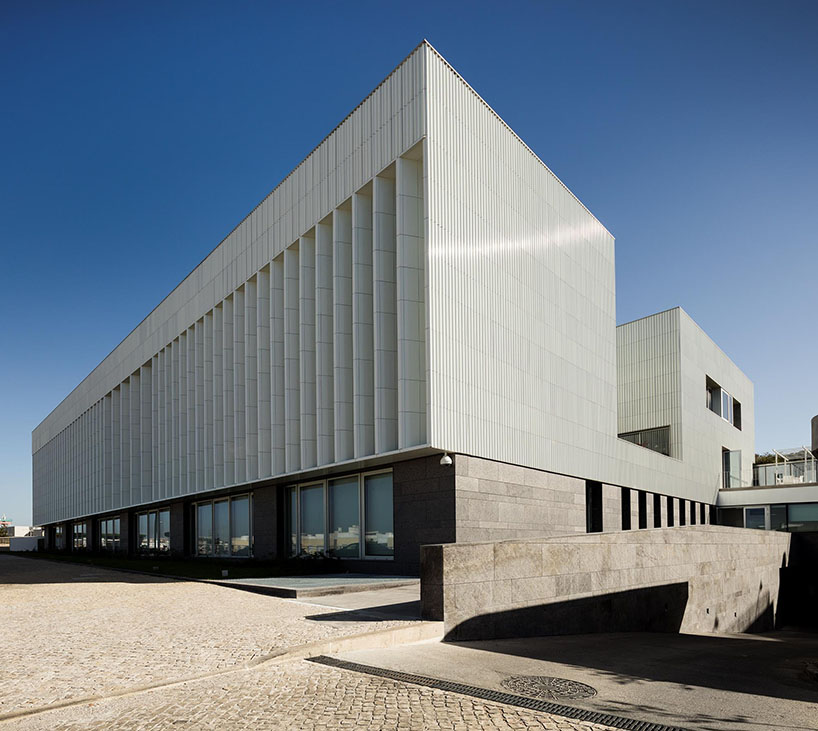 all images courtesy of risco

the new building by risco houses the outpatients’ area, examinations, laboratory clinics and some common services such as administrative offices, staff dining room, cafeteria and esplanade. this is a rectangular volume divided by two outdoor patios at either end, to break the monolithic nature of the form, making it lighter and suggesting at two volumes mainly clad in shiny corrugated ceramic tiles. the west and east façades are made up of large-scale sheets of the same ceramic material, forming a brise-soleil, to protect the offices from sunlight and also increase the hospital’s energy efficiency. 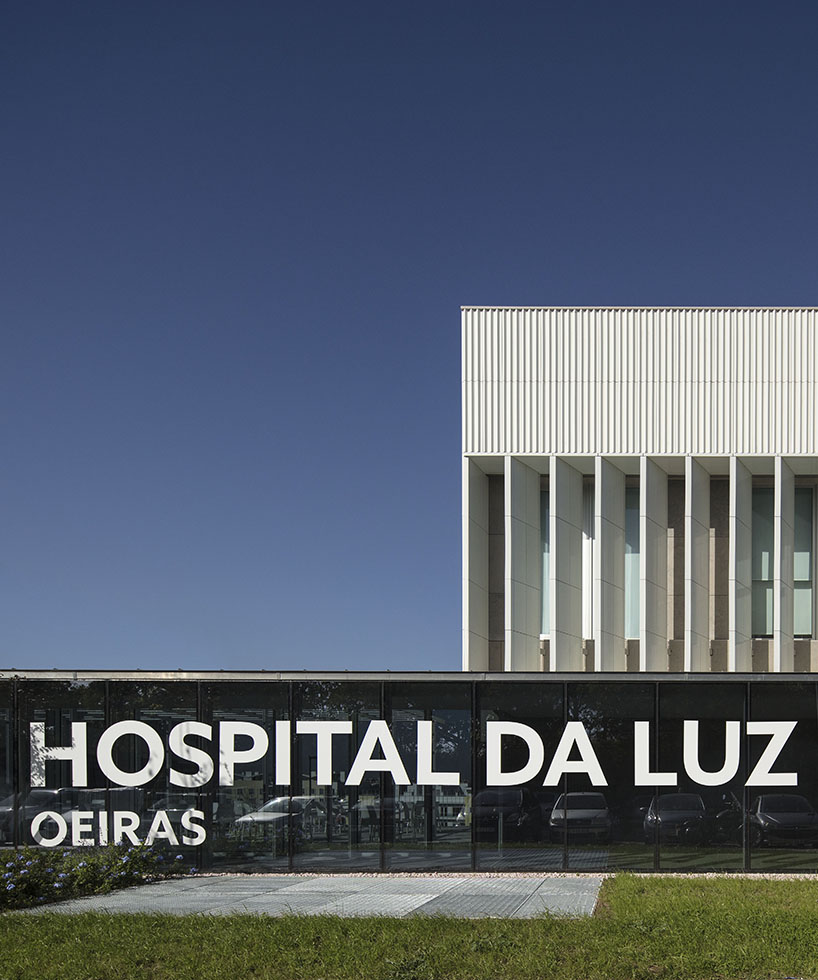 as the two existing buildings were built in different eras, each with its own character and image, risco decided that the public link between them should have a distinct nature. a light, transparent element, simply juxtaposed against the façades. the space is organized around a dominant central void that links the three storeys and brings daylight into the heart of the building, and two vertical units that structure a circulation ring on each floor, providing connections between work/reception areas and the various waiting zones. with this new design focusing on comfortable ambiences and breaking with traditional models, risco has created a hospital for new generations of clients and doctors. 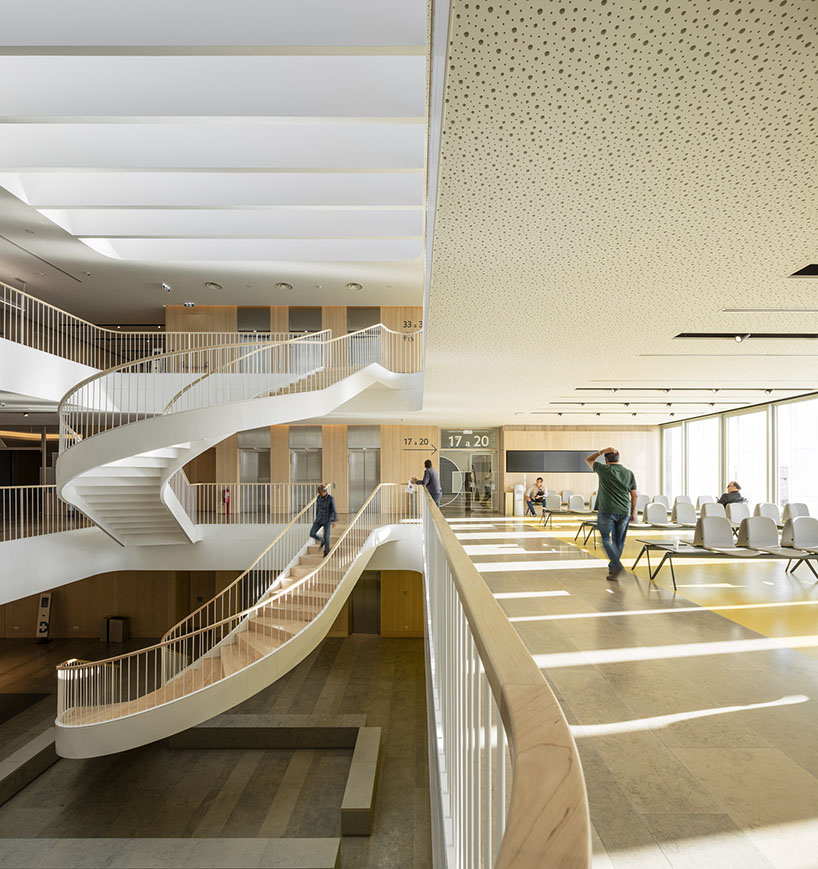 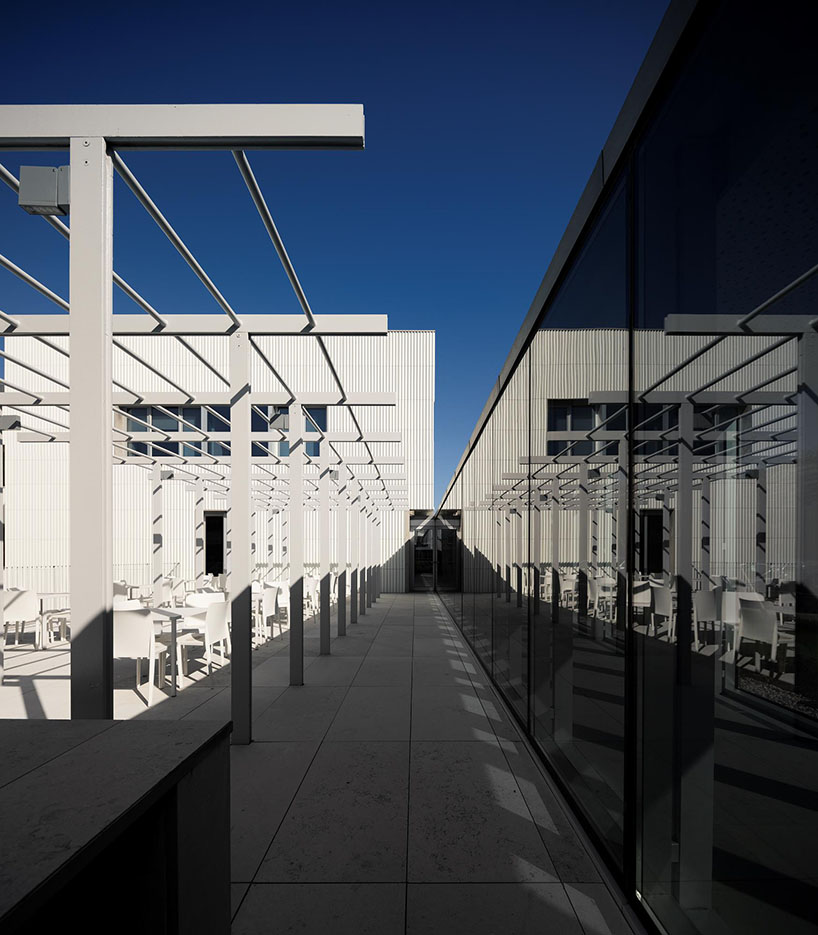 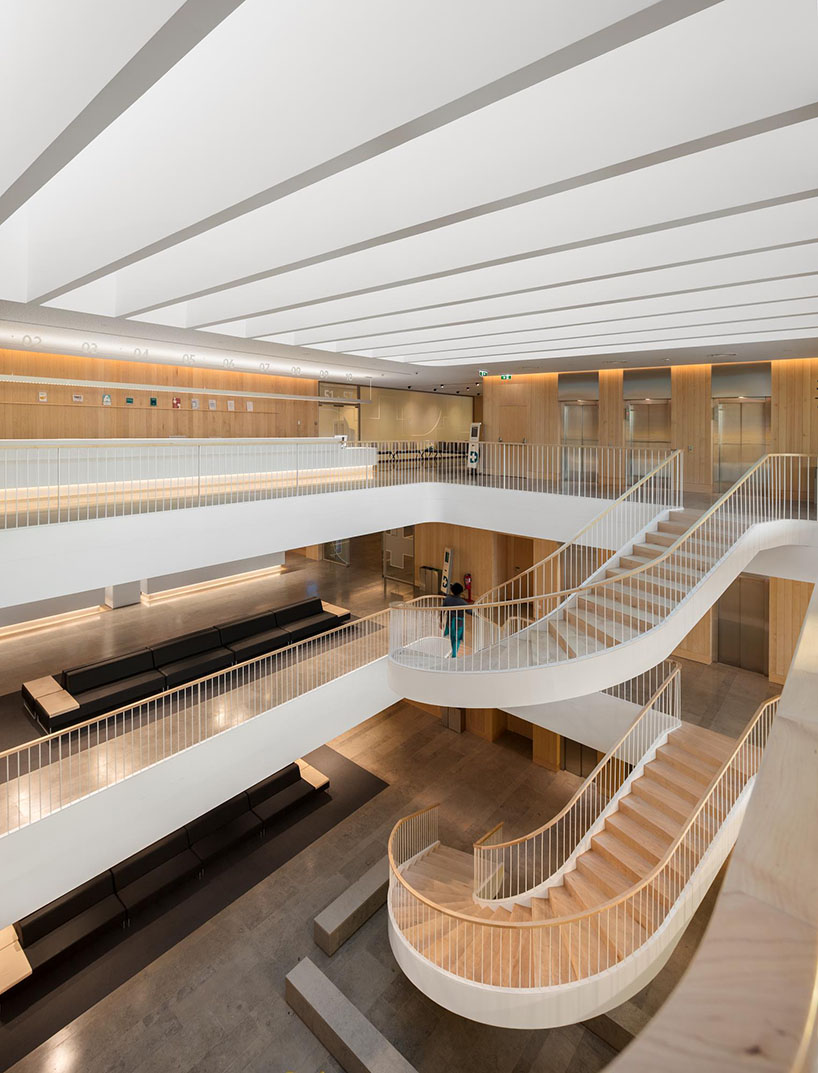 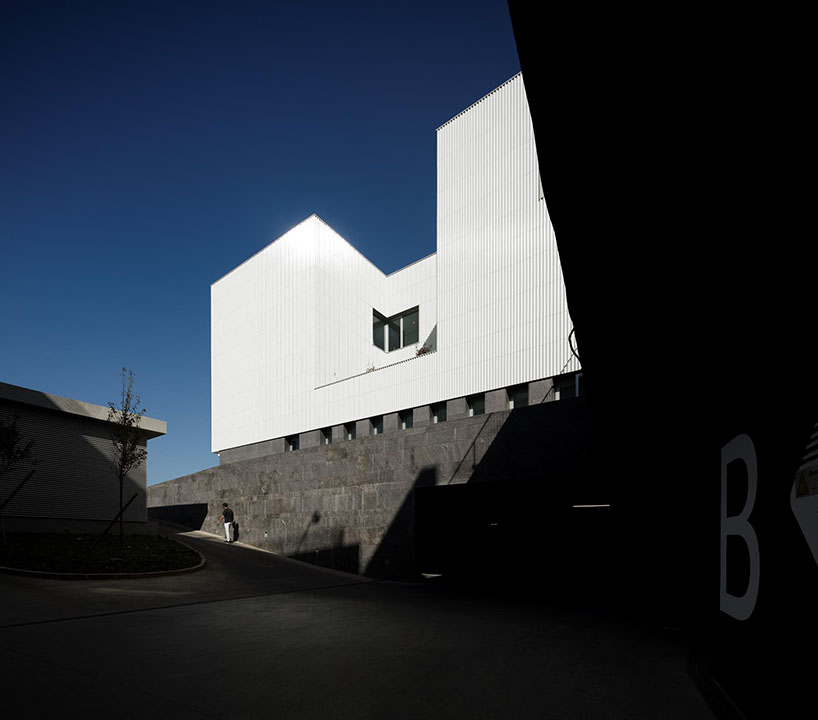 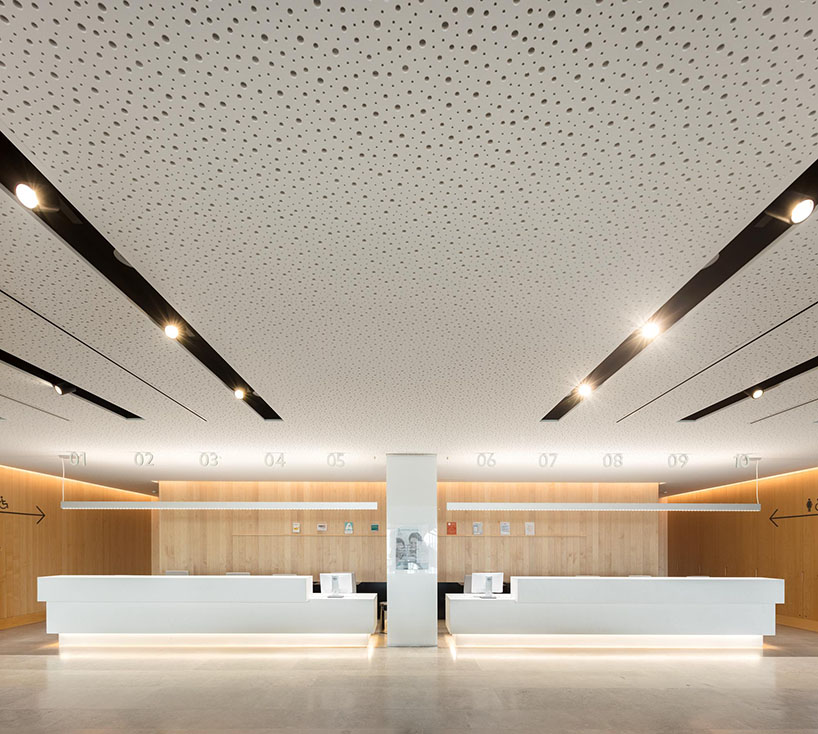 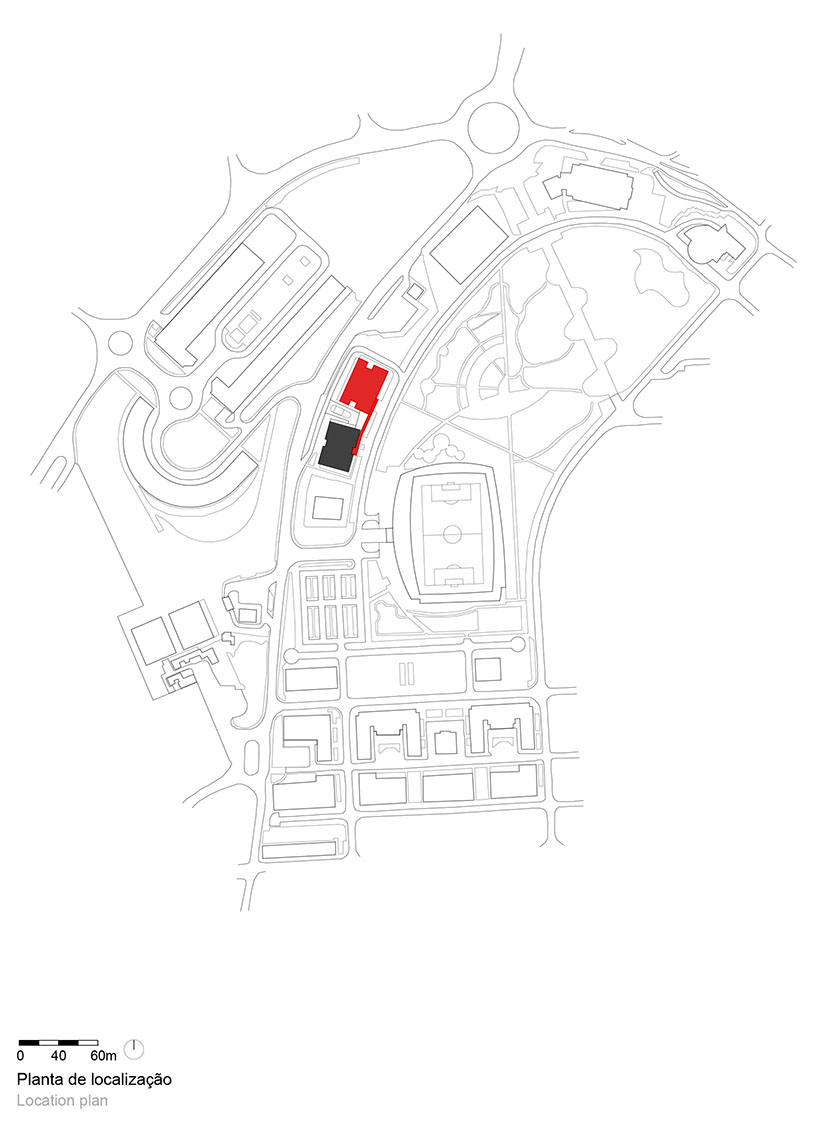 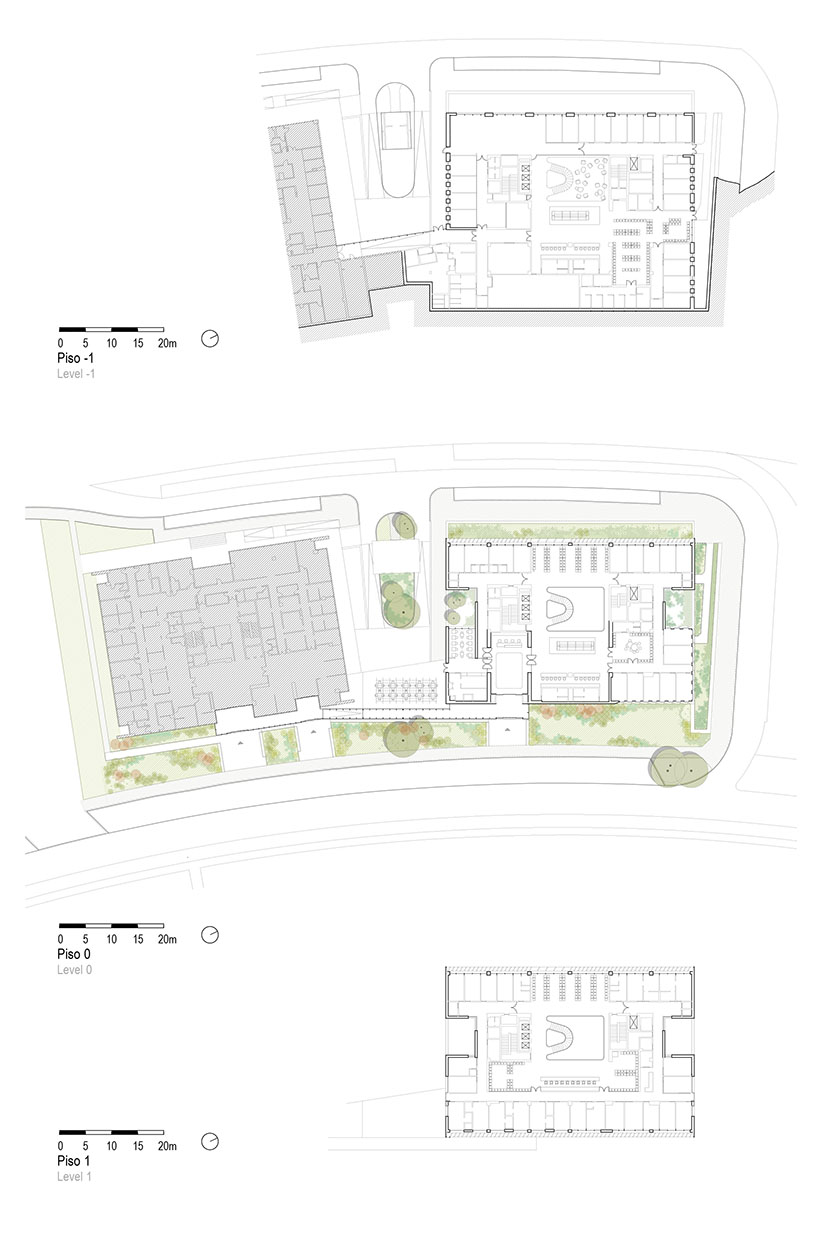 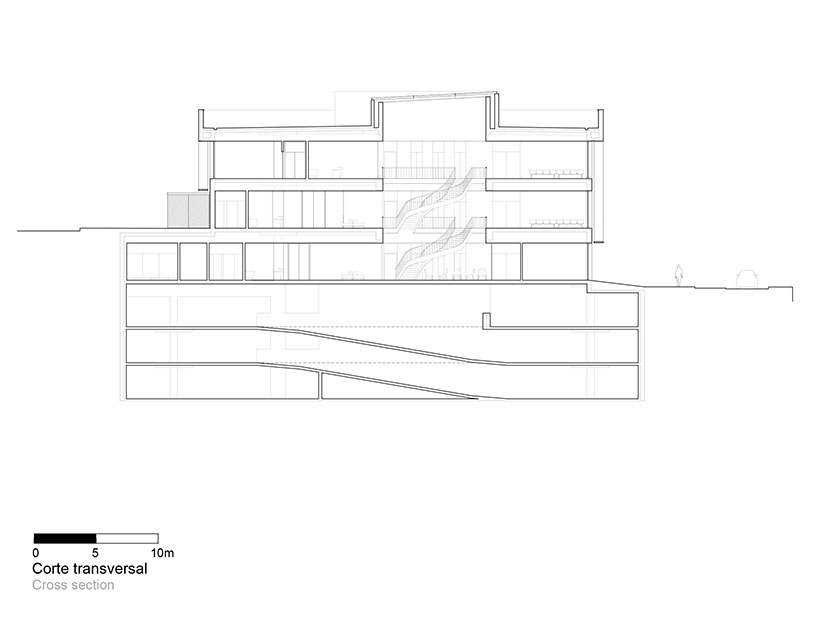