A decked walkway extends across the surface of a shallow pool to separate the two main wings of this house in São Paulo, which are lined with rows of timber columns.

São Paulo-based Jacobsen Arquitetura chose to position the property on the highest part of its sloping site to enhance the views and minimise overlooking from neighbouring houses. 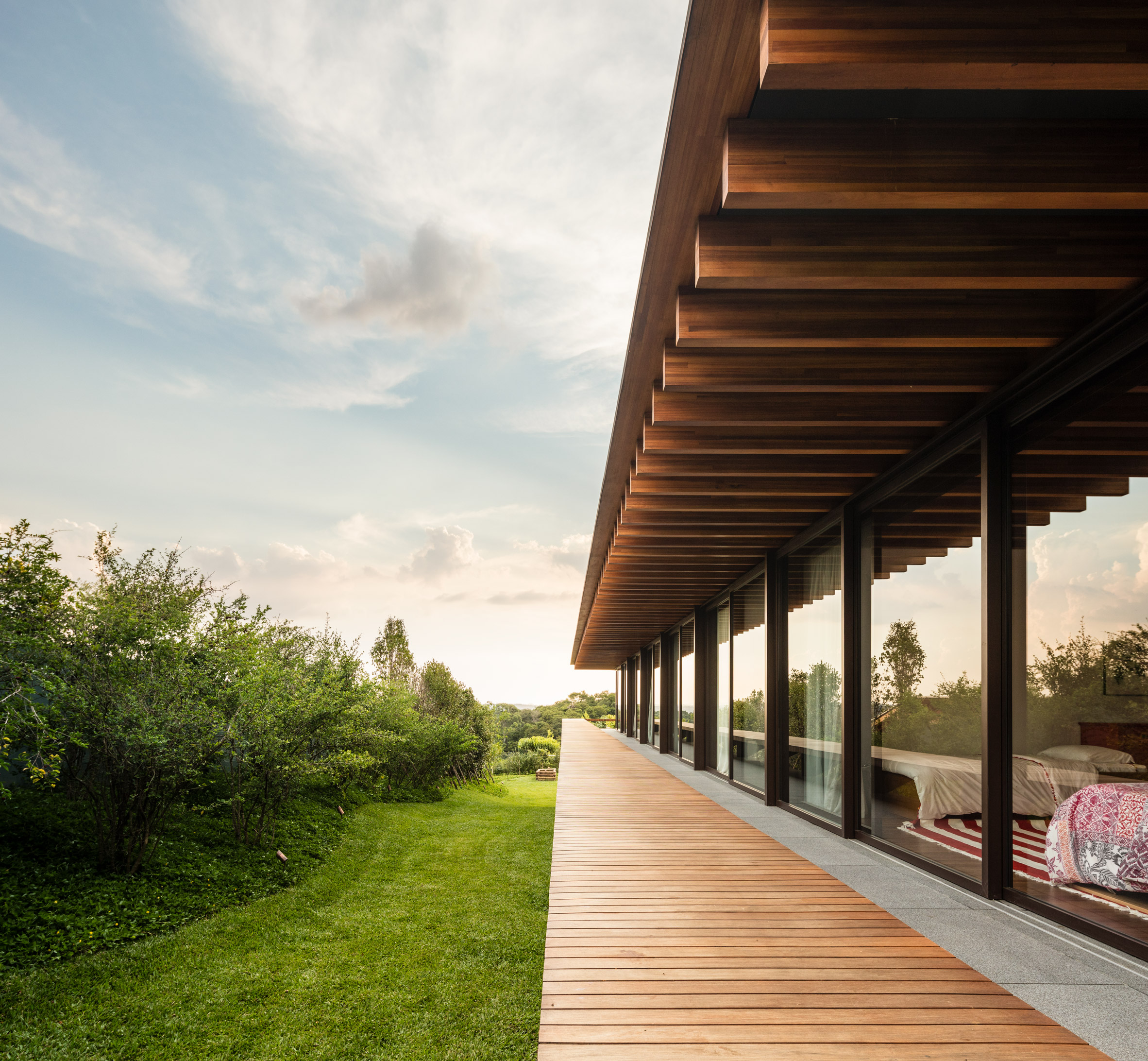 The building comprises two parallel sections containing the communal and private parts of the home. These wings have the same width and length but are offset from one another.

At the centre is a bridging element containing the main entrance, which is accessed by walking along a wooden path that traverses the reflecting pool. 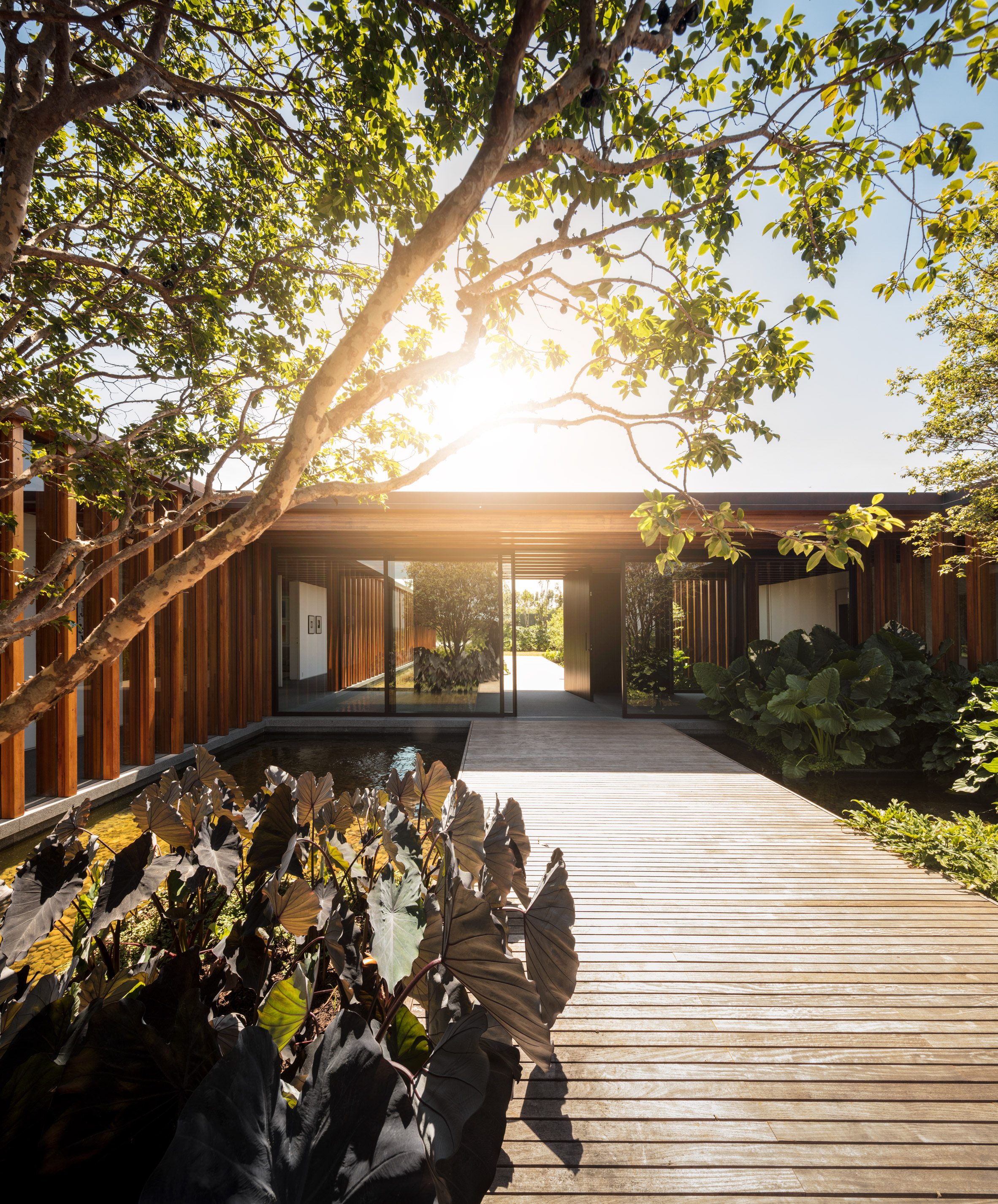 The walkway extends through the glass-walled entrance hall and out the other side to enhance the sense of connection with the garden and landscape beyond. 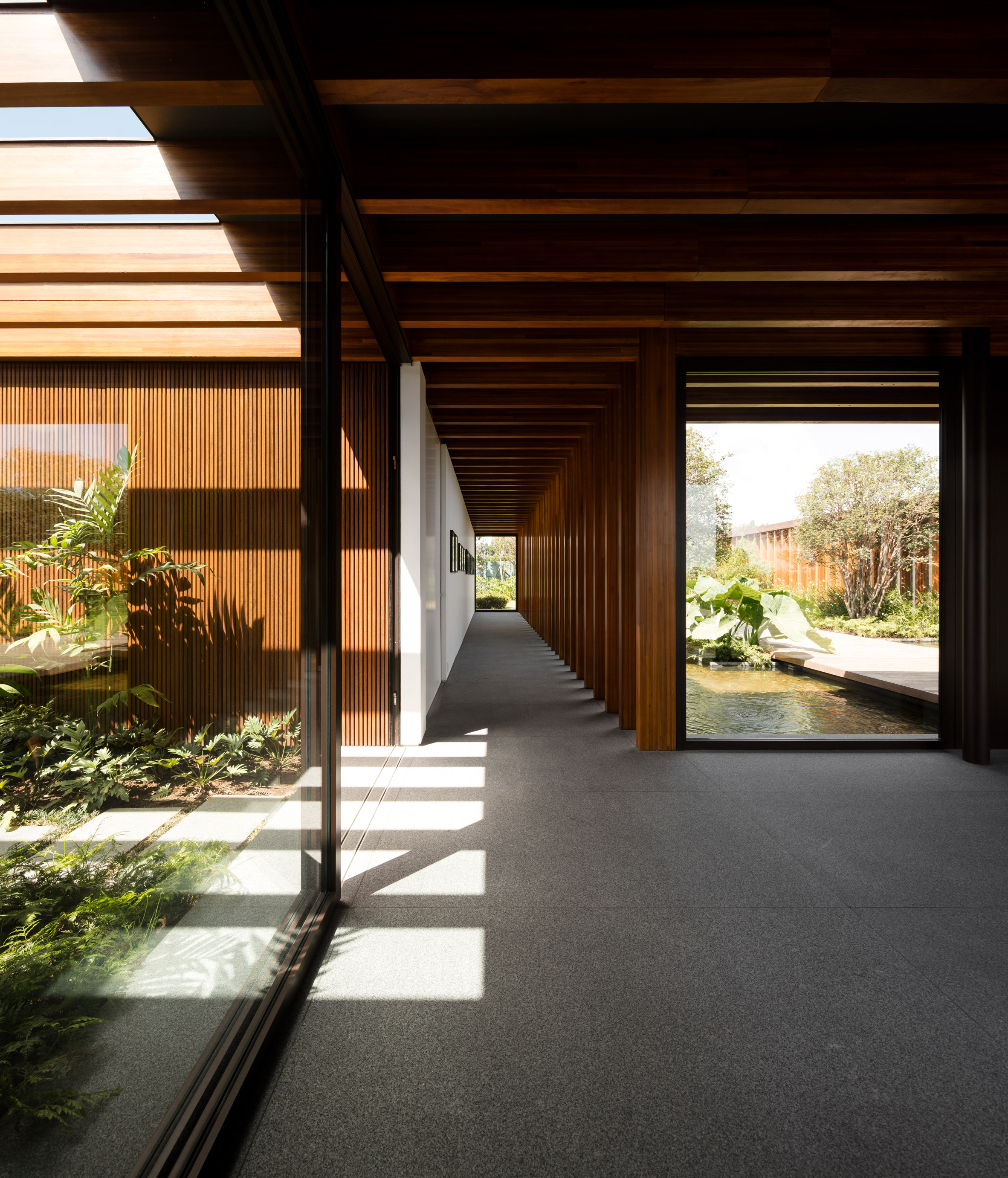 On the lower part of the site, the architects introduced a stone-walled volume that is positioned perpendicular to the two main wings above.

This structure contains a large children’s playroom, along with service areas including storage, dog kennels and living quarters for the property’s staff. 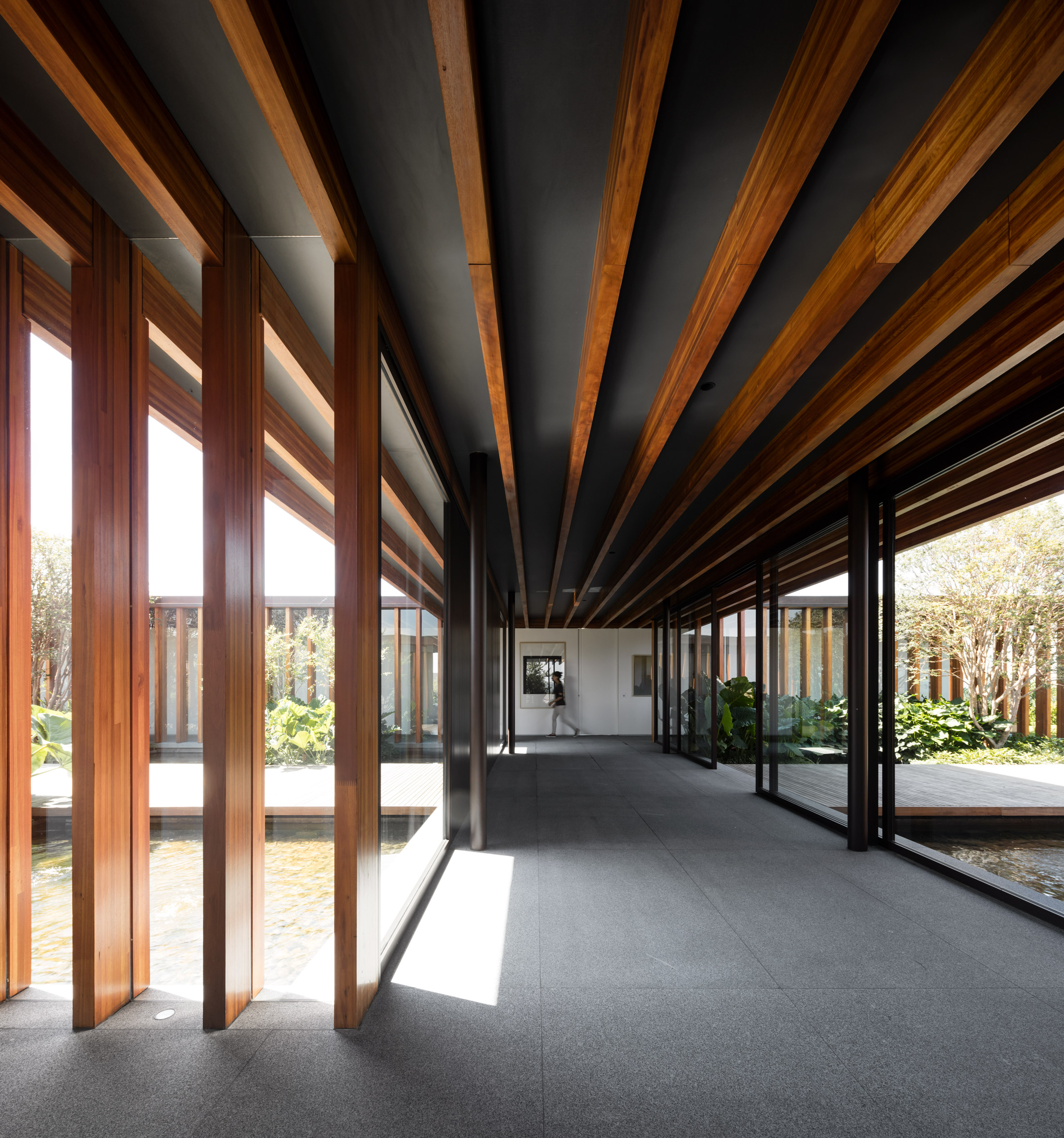 To one side of the entrance hall, a corridor connects an open living room and dining area at one end with a home cinema and gym at the other.

A continuous concrete terrace extends along this side of the house, protected from the sun by overhanging eaves. It provides direct access to a swimming pool and decked outdoor space. 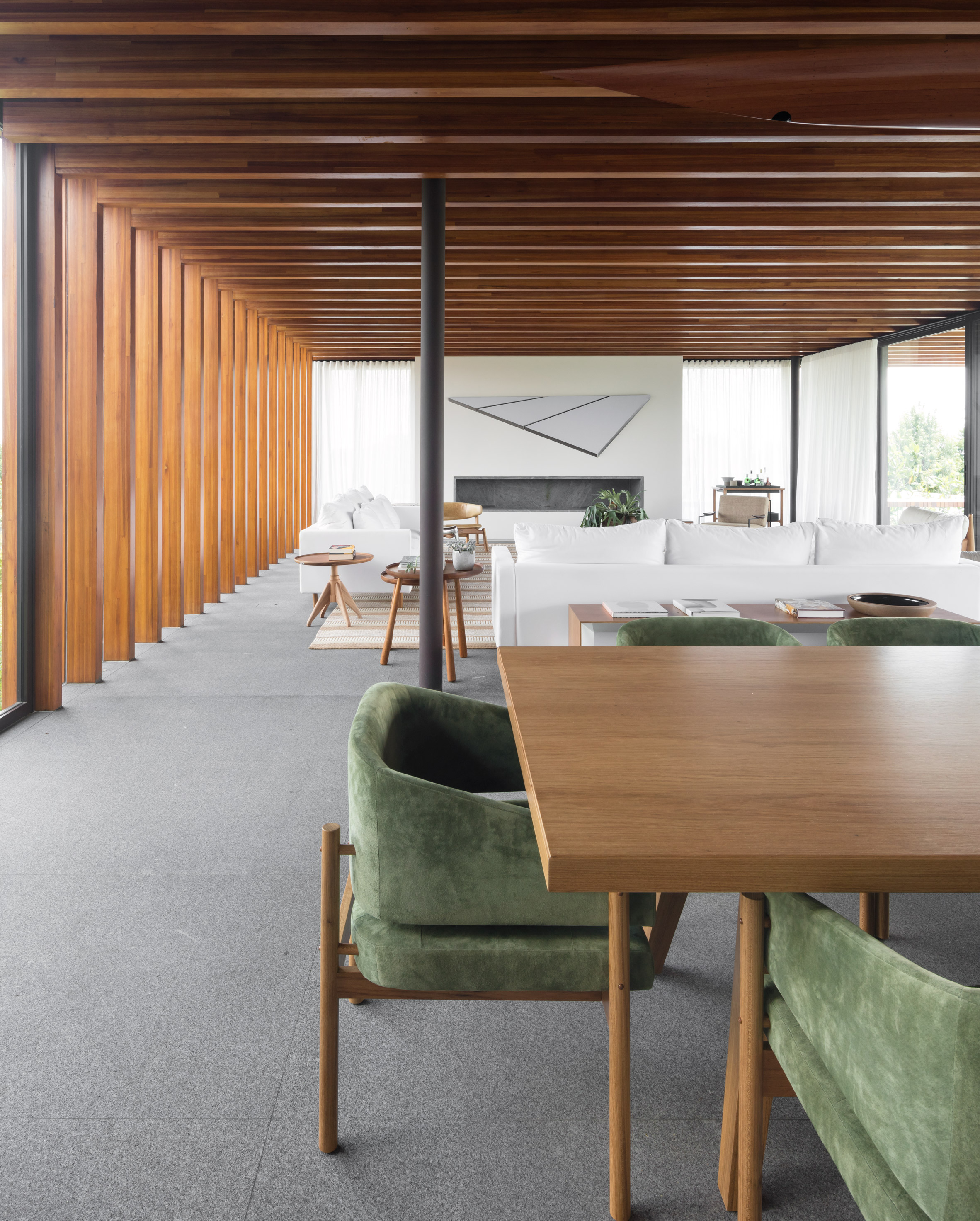 Accommodation for the owners and guests is located in the second wing to the rear of the site. It receives morning sunlight and also features sliding glass walls that open onto a sheltered deck. 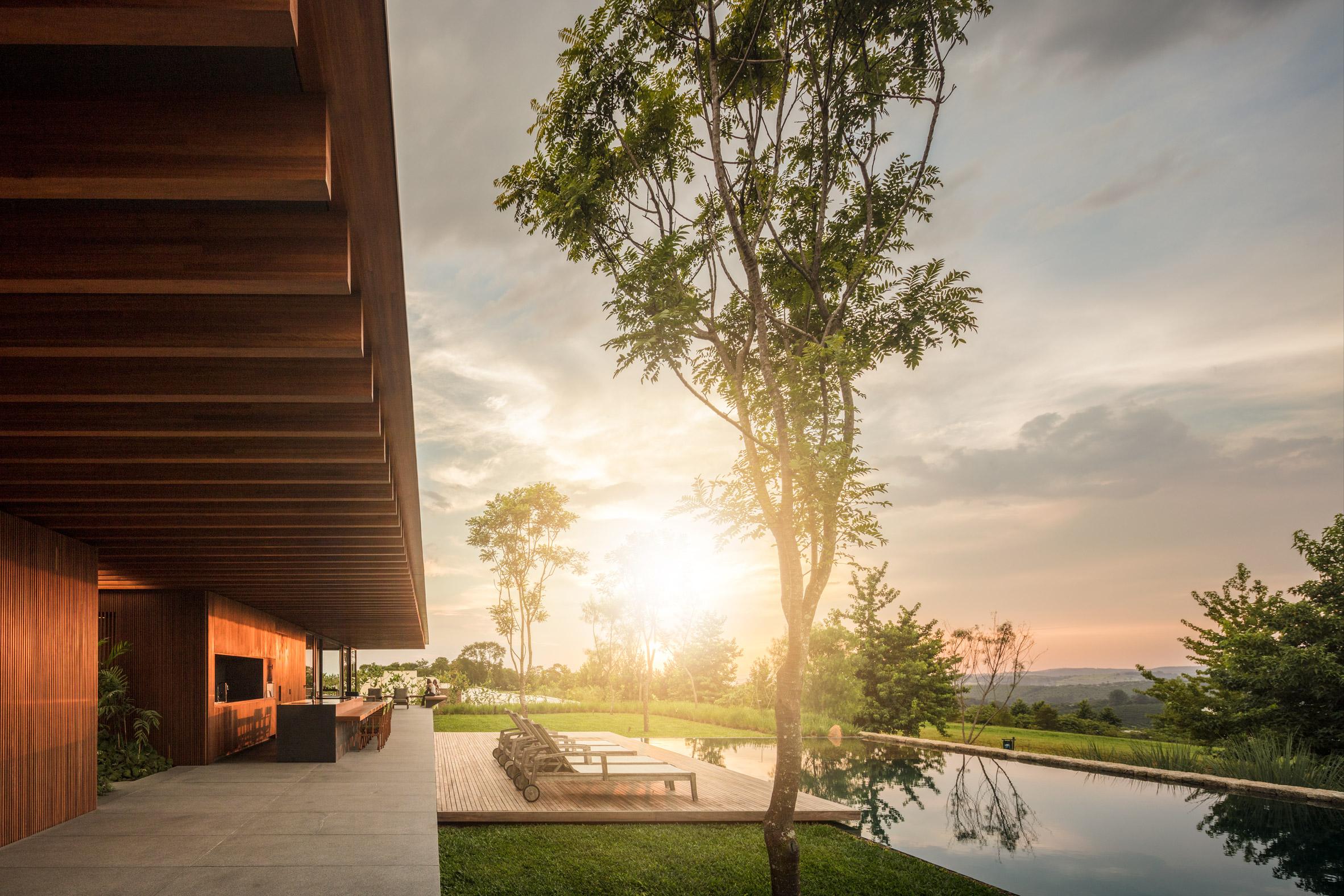 The building’s structure is formed of laminated timber units devised by the architects for a previous project. In this instance, the wooden elements form porticoes lining corridors in both wings.

On the outer edges of the building, the wooden beams are supported by a metal frame housing the windows, so they are free to cantilever out towards the horizon. 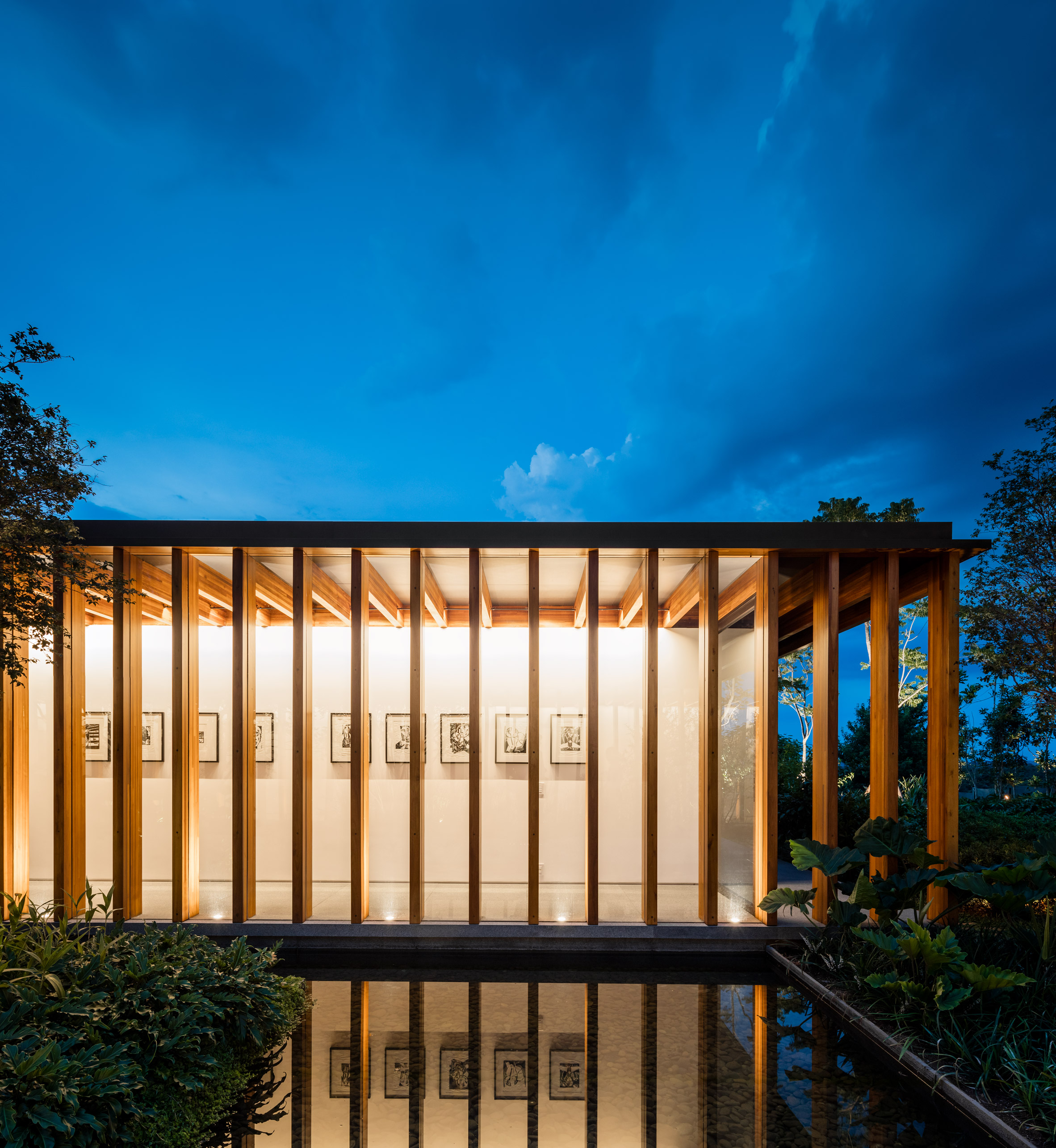 The rows of beams traversing the ceilings are separated by gaps of 40 centimetres, resulting in a dramatic linear rhythm within the house.

The ceilings appear to extend outwards to enhance the connection with the landscape. On the inner surfaces they frame views of the pond that alter when passing along the corridors.

Photography is by Fernando Guerra. 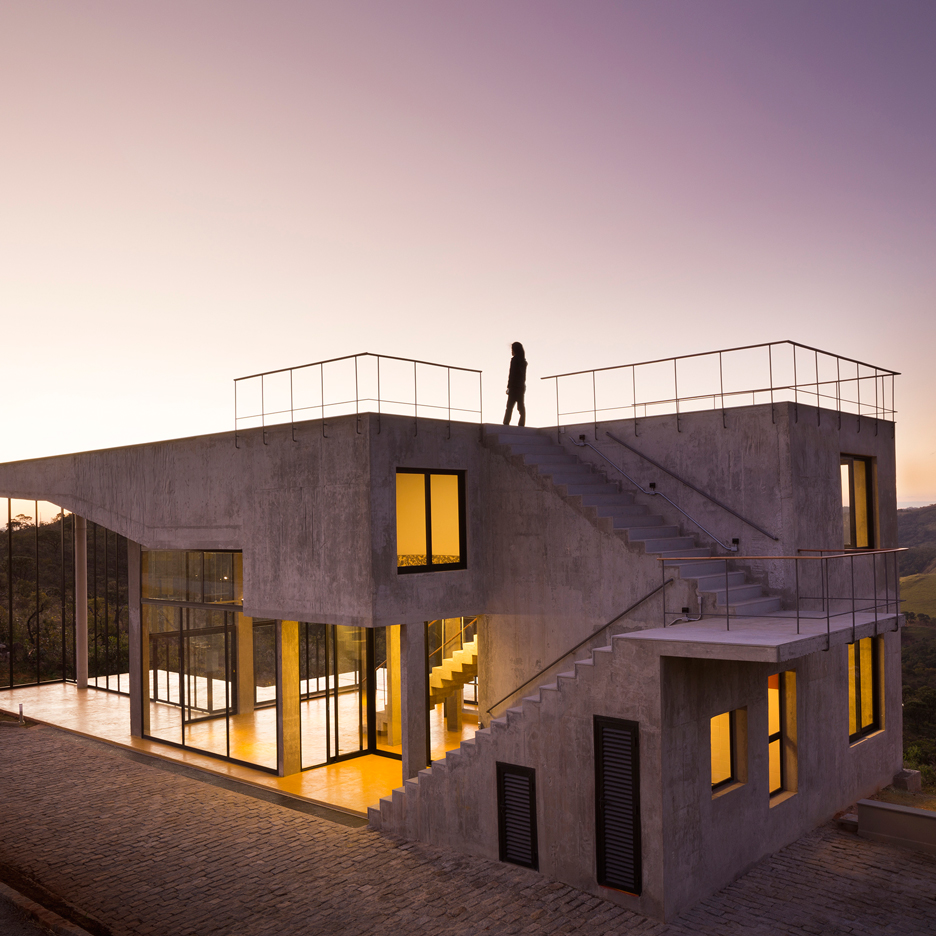