RCR Arquitectes teamed up with architect Pau Llimona to create the watercolour-patterned interior of Enigma, which opened earlier this year in Barcelona.

The brief from Adrià was to create a space that was “out of this world and enigmatic”. 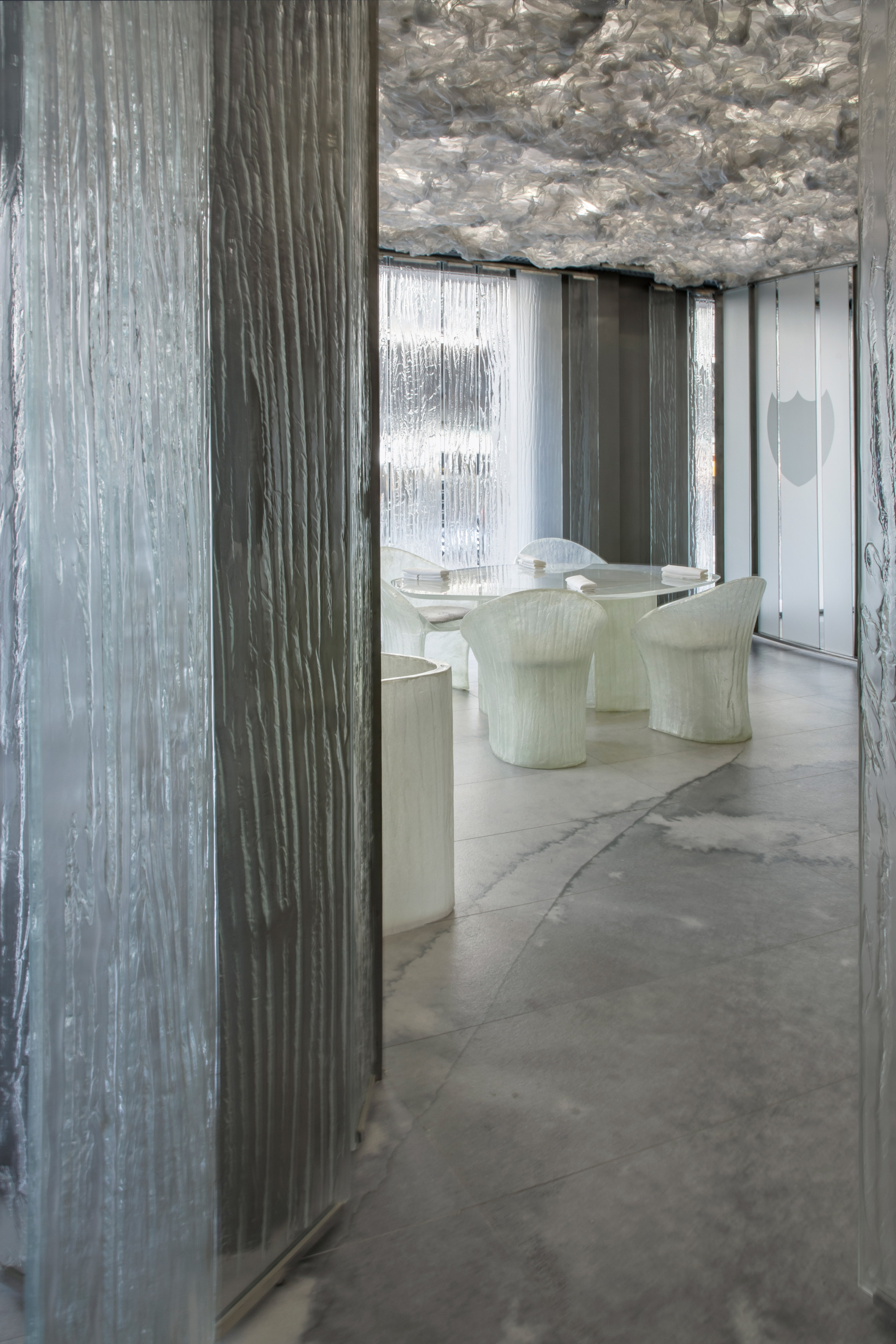 Almost every detail was custom-made for the exclusive restaurant. But Neolith – a recyclable material made by Spanish company TheSize Surfaces – was chosen for the smooth walls and floors, the curved cabinetry and worktops, and the bathroom interiors. 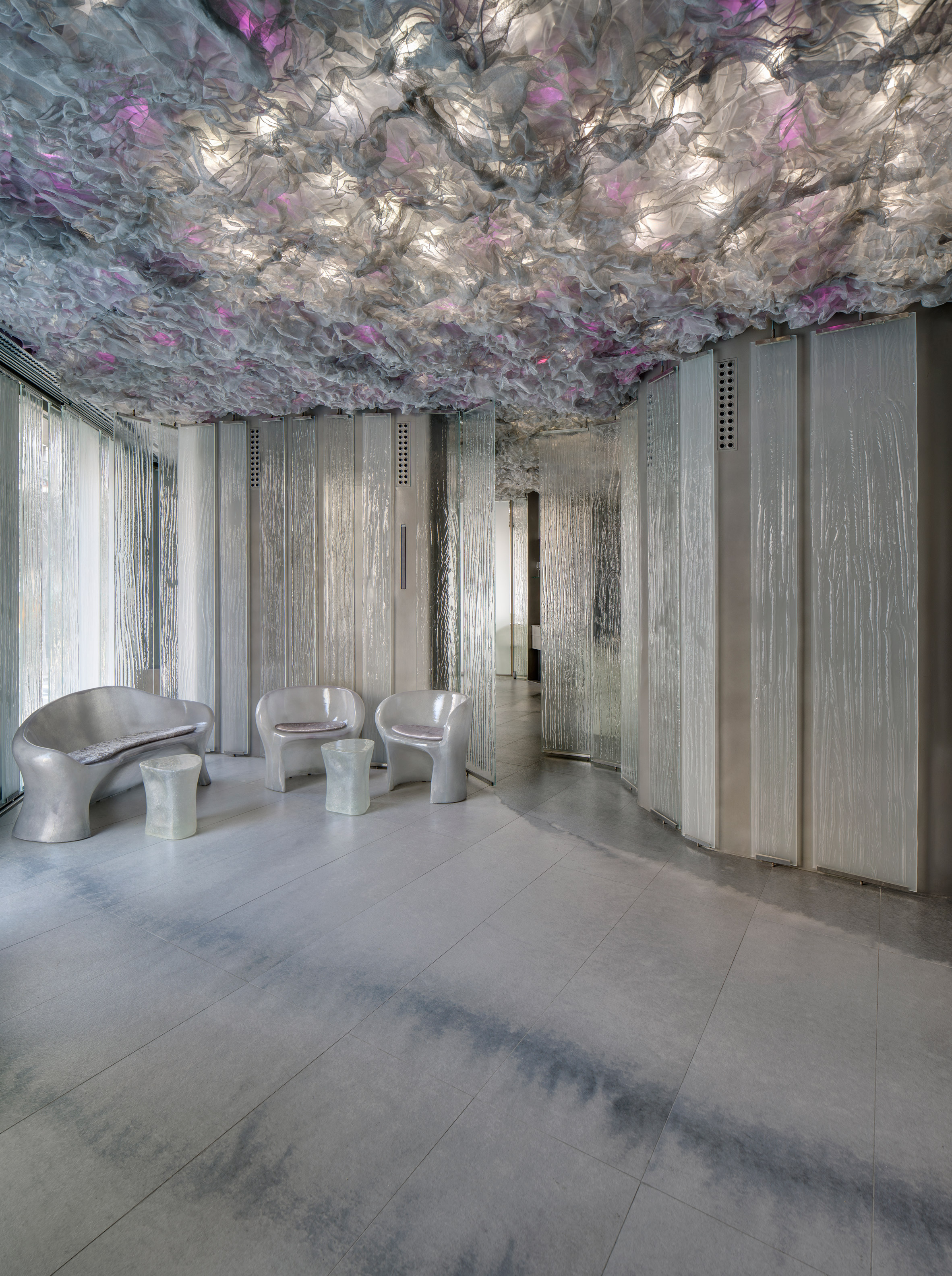 The project began with a watercolour painting on two sheets of A1 paper. RCR’s idea was to apply this painting across all the stone surfaces, creating gentle colour gradients that range from deep greens and blues to pale grey and white. 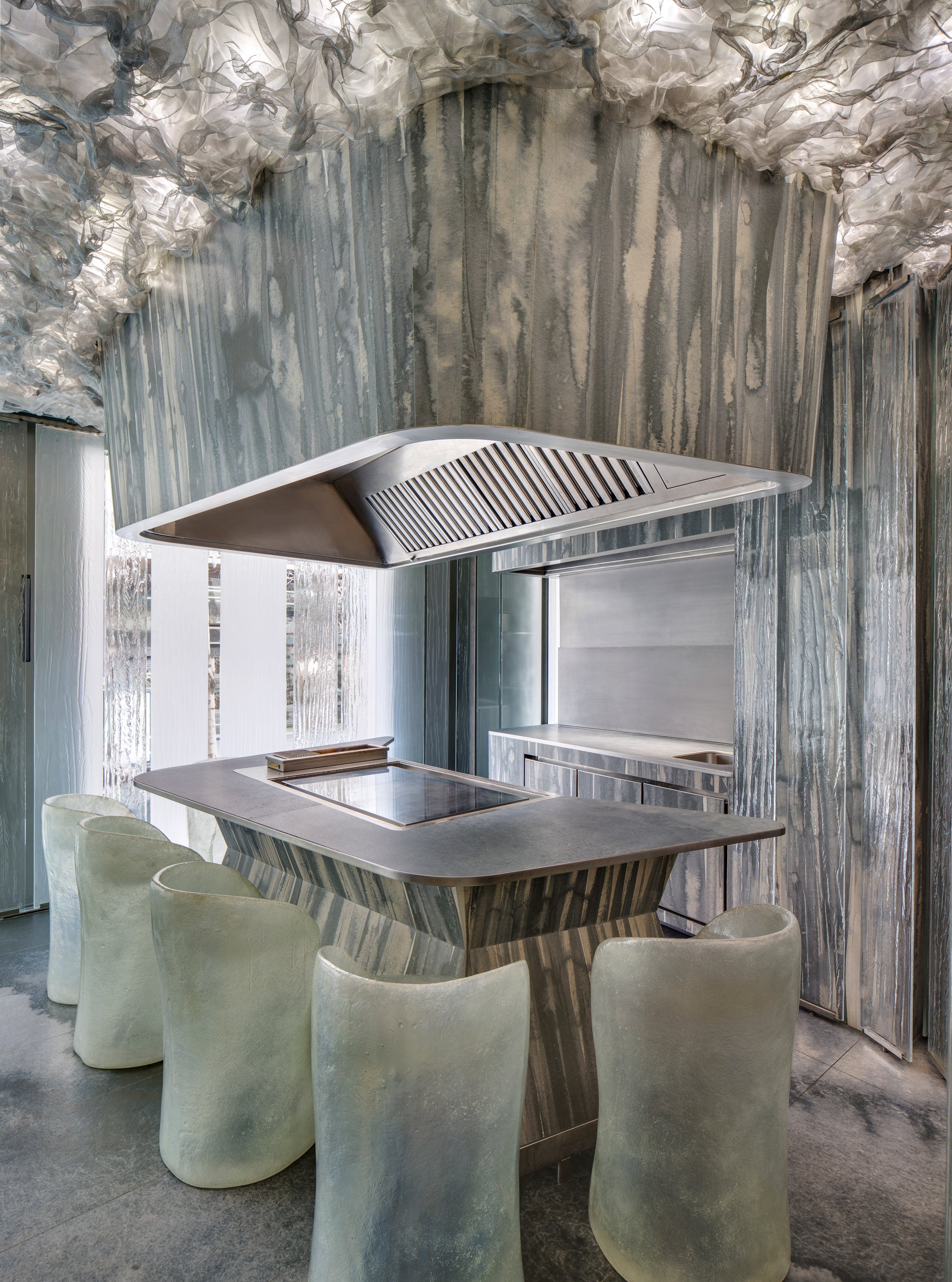 Neolith had to use its latest technology to faithfully recreate the painting on its sintered stone – which is created by fusing together particles of different natural materials, including clays, silica, feldspar and natural mineral oxides.

The brand has recently developed a new digital printing technique called NDD, short for Neolith Digital Design, which was used to print the patterns directly onto the stone surface. 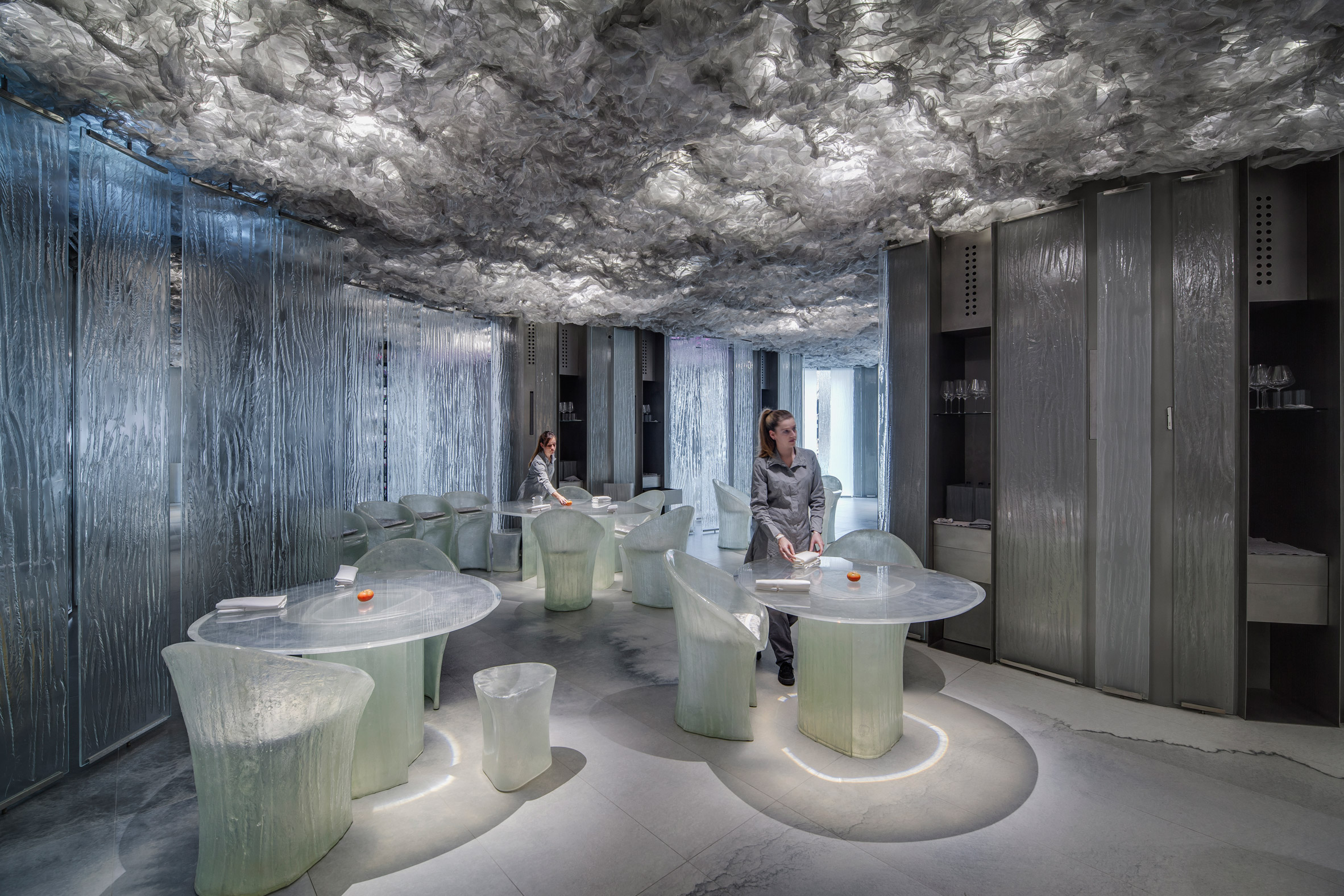 The process also involved sourcing new colour pigments, as these blue and green tones are unusual hues in sintering.

“We had to expand the original design, all the while trying not to lose the quality of definition offered by the original drawing,” explained Carlos Garcia, product designer at TheSize. “Each pixel was equal to almost one square metre of final floor.” 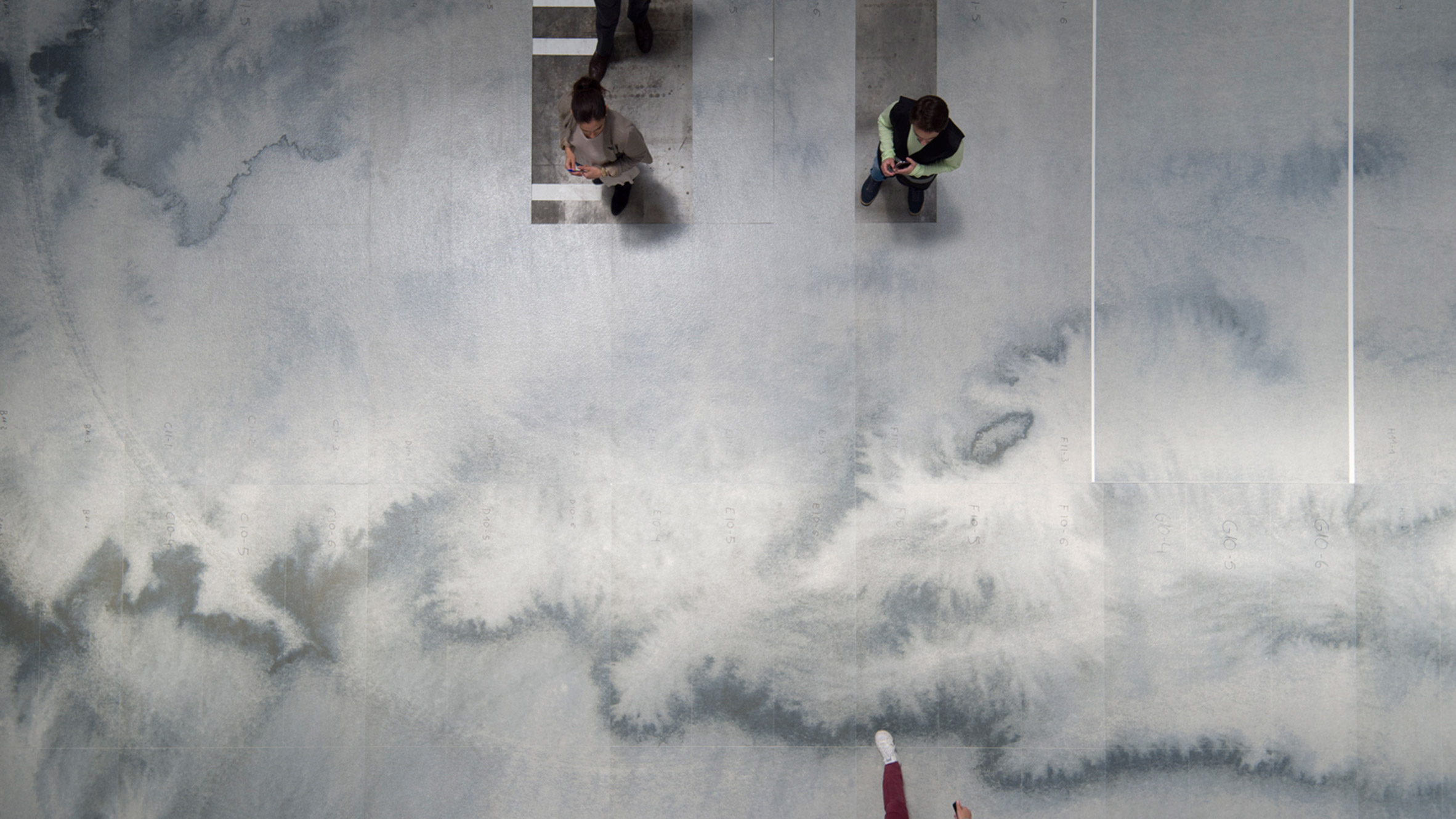 The floor presented the biggest challenge. Due to the large scale of the space and its irregular layout, full of curved wall and narrow passageways, each floor panel is unique. They had to be assembled like a jigsaw, and precision was essential.

The space is completed by other unusual details, including a cloud-like ceiling of scrunched fabric, glazing with a texture akin to wood grain and chairs that look like they have been sculpted from blocks of ice. 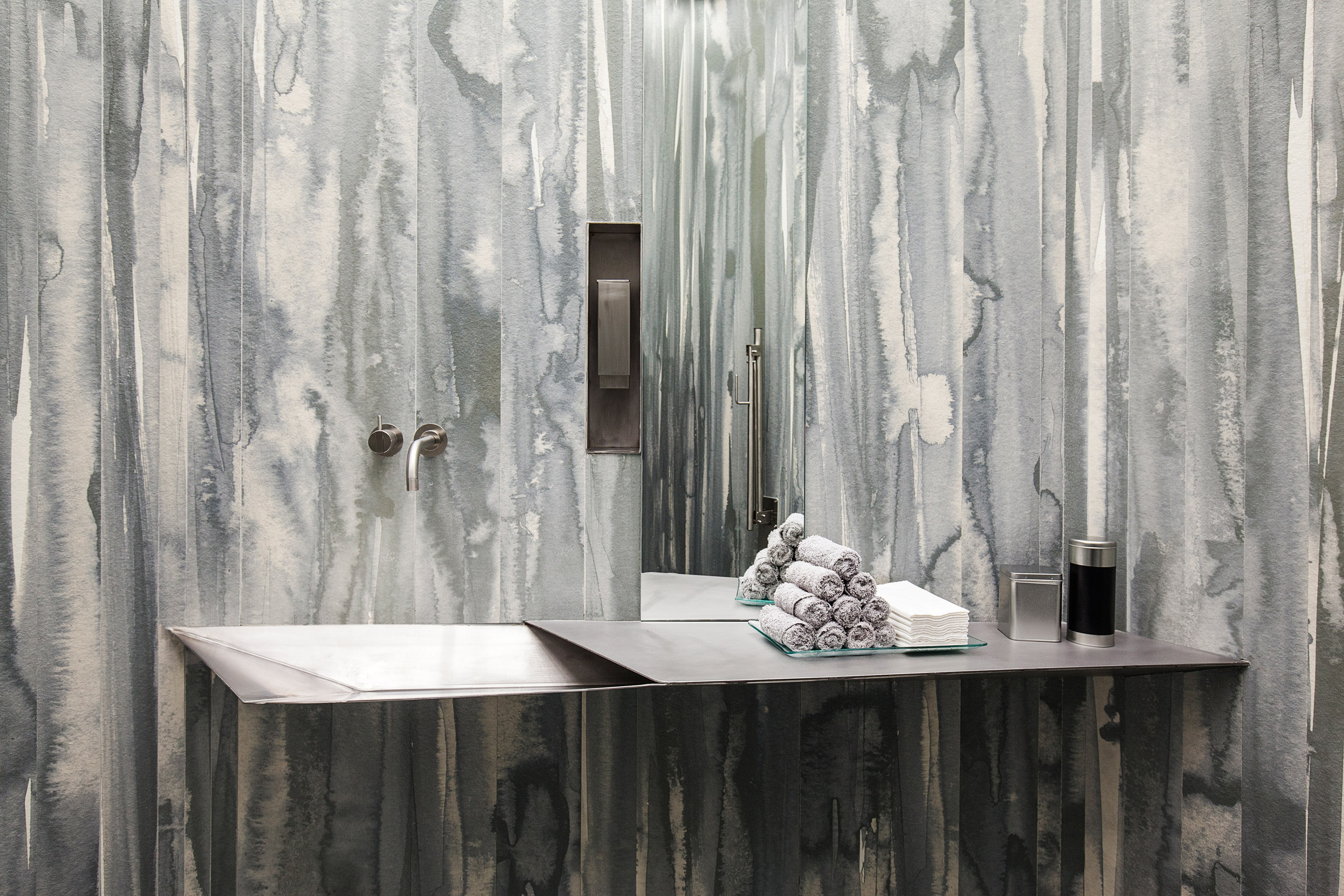 The trio won the Pritzker Prize earlier this year, for projects including the Bell–Lloc Winery in Girona and the Tossols-Basil Athletics Track in Olot. They ranked at number 249 on Dezeen Hot List 2016. 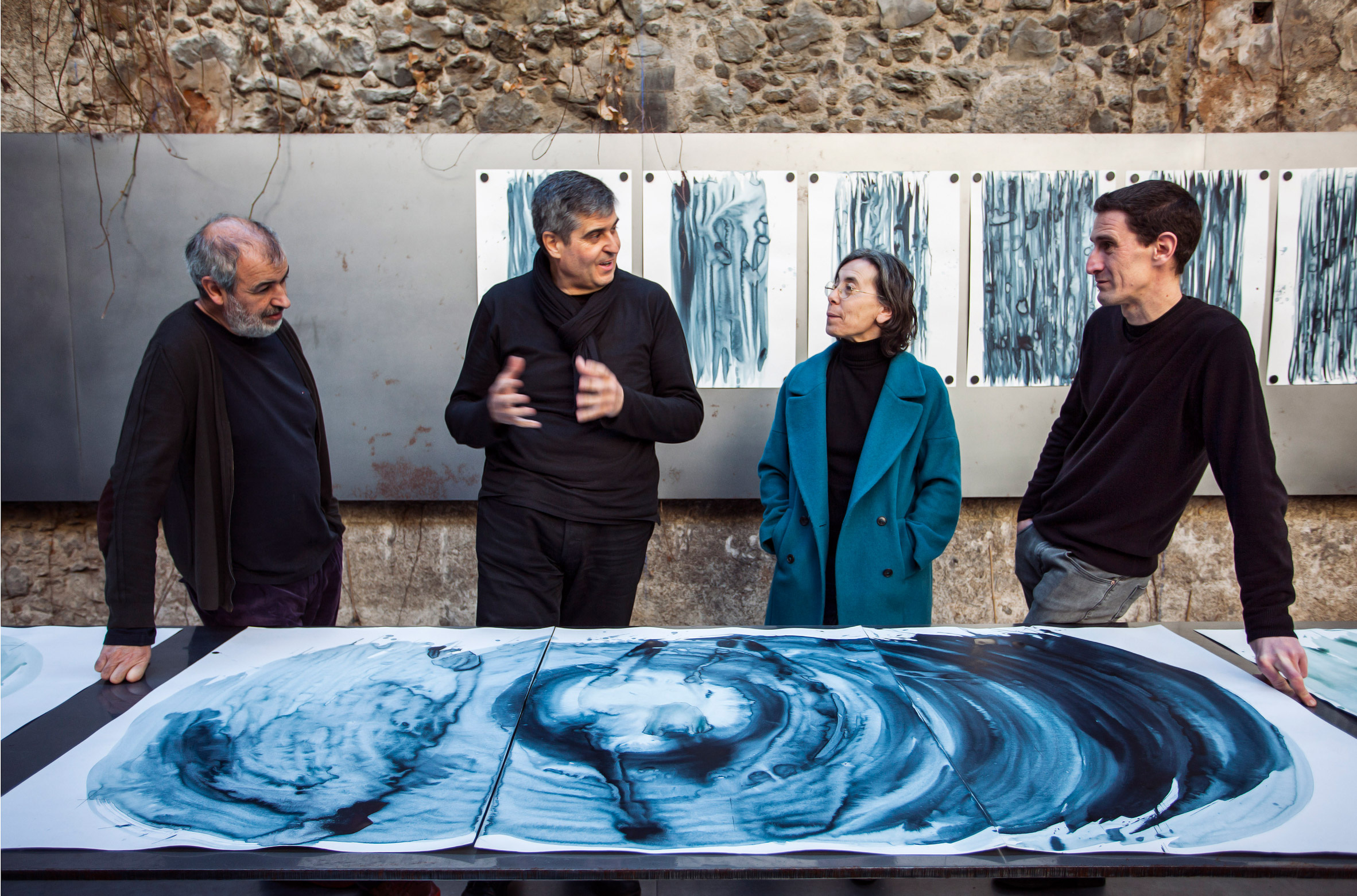 They describe Enigma as “an enveloping space that melts, disappears, almost a labyrinth”.

“We like the idea that it is an enigma, which is difficult to explain,” said the trio. “Between materiality and conformation, a whole series of organic movements is created. Shadows, transparencies, and a watery presence, nebular.”