Israeli architect Pitsou Kedem has updated an apartment in the ancient port of Jaffa, Tel Aviv, adding arched windows and door frames that echo the form of the traditional vaulted ceilings. 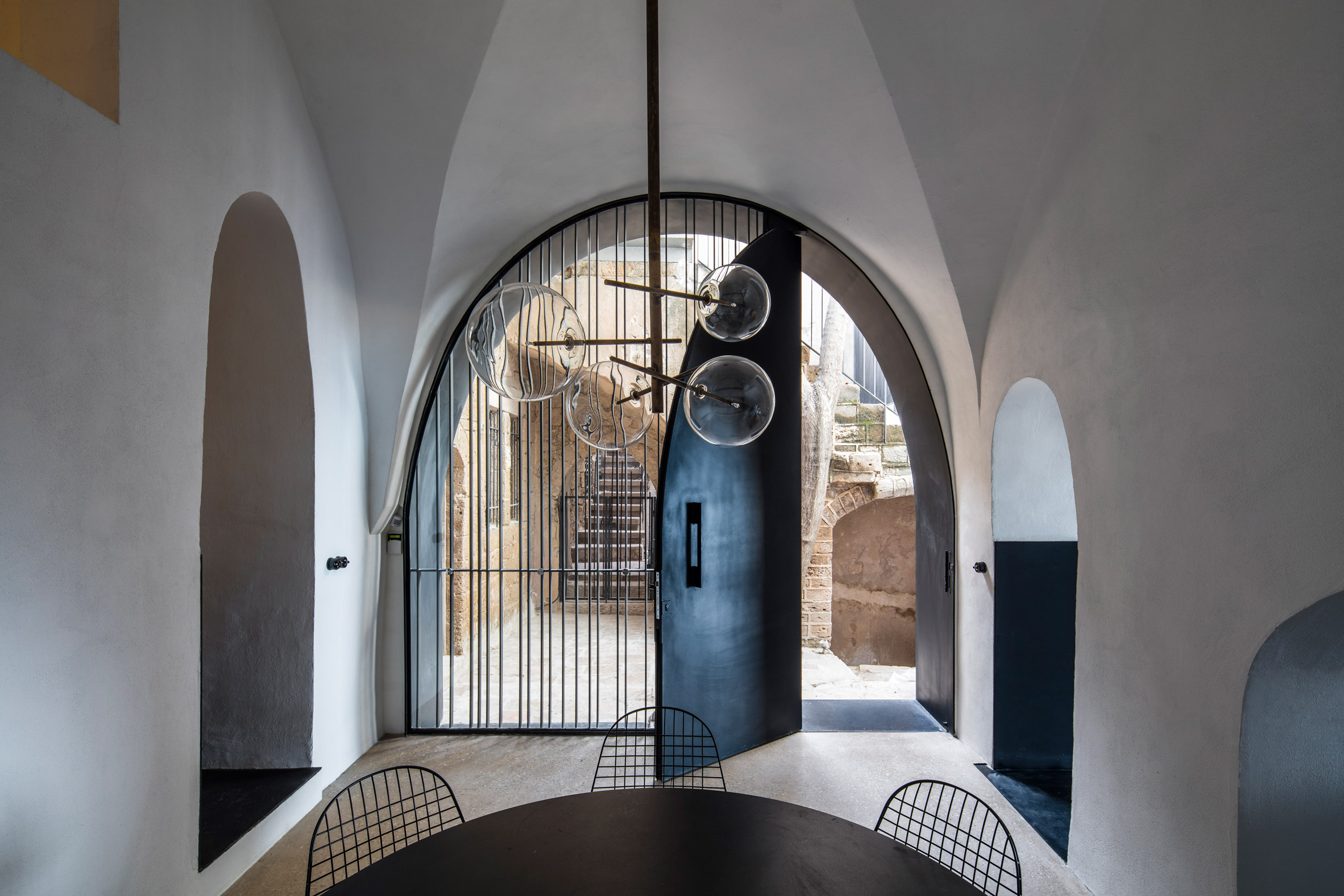 The building is located in the oldest part of the Israeli city and Pitsou Kedem’s studio was tasked with refurbishing its interior to create spaces suited to modern life, but that retain the character of the original architecture.

The apartment’s rooms were added to and adjusted over hundreds of years, resulting in a series of dark and cluttered spaces with varying floor heights. 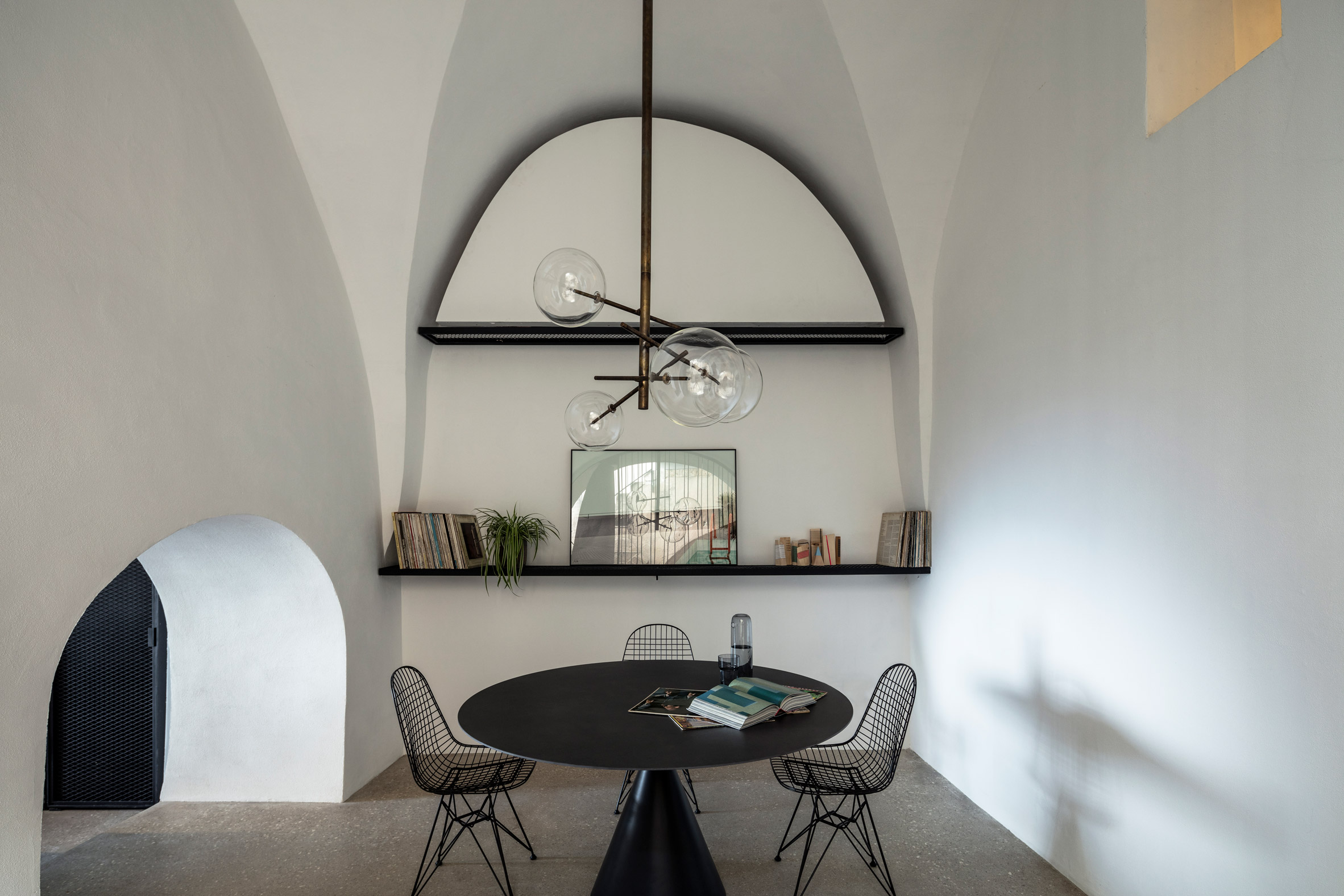 “Refurbishing presented an opportunity to unite the rooms into one whole and, in particular, to illuminate and brighten the dim space by opening it up toward the sea,” explained the architects.

The process began with the removal of decorations added to the arching ceilings, which were then covered with smooth white plaster. In the kitchen, layers of plaster were removed to once again expose a traditional domed ceiling. 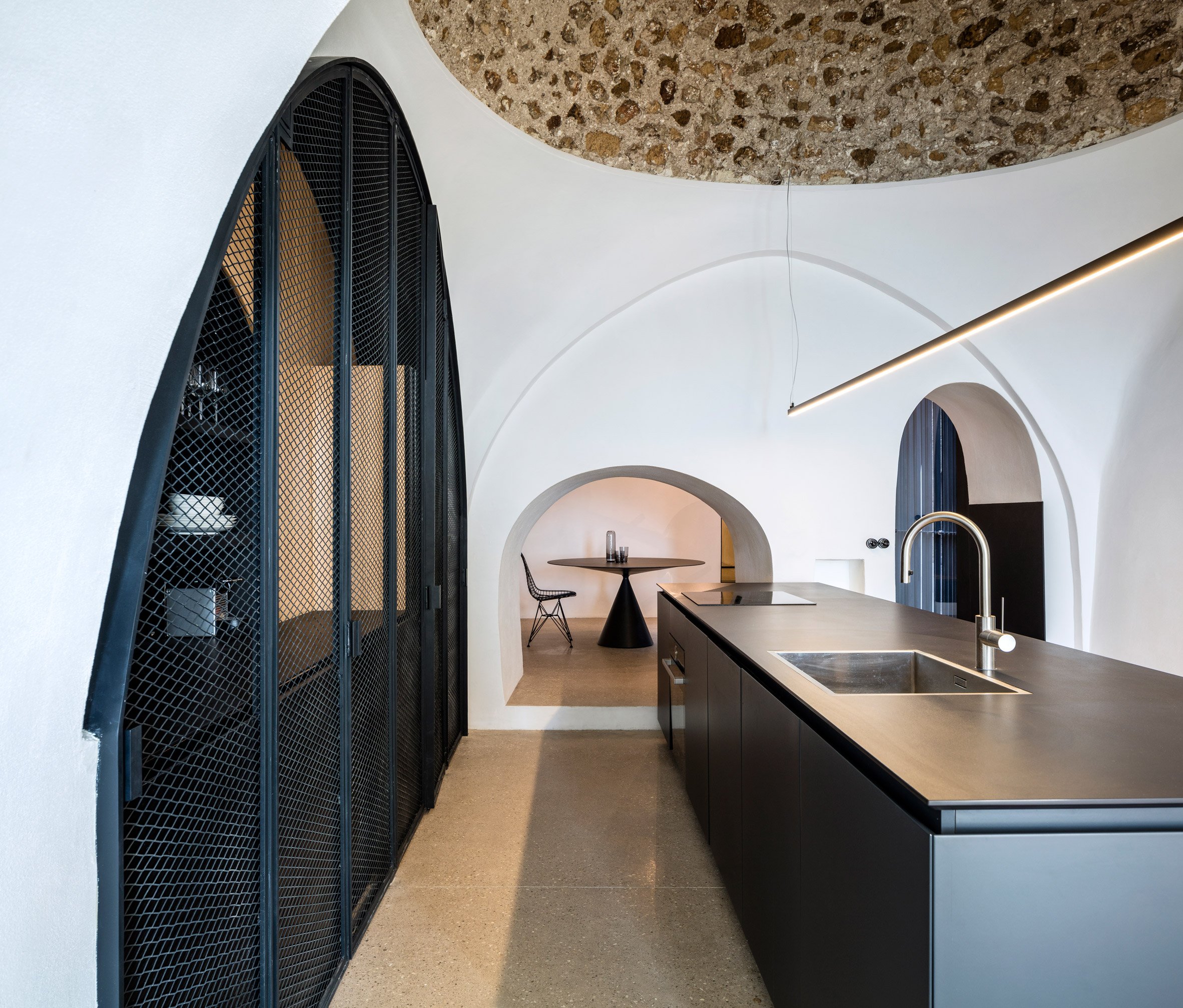 Floor heights throughout the property were adjusted to create a more even surface that is unified through the application of a concrete made with a course and distinctive aggregate.

Arched openings linking the various spaces are left open to maintain views between the rooms and towards the nearby Mediterranean Sea. 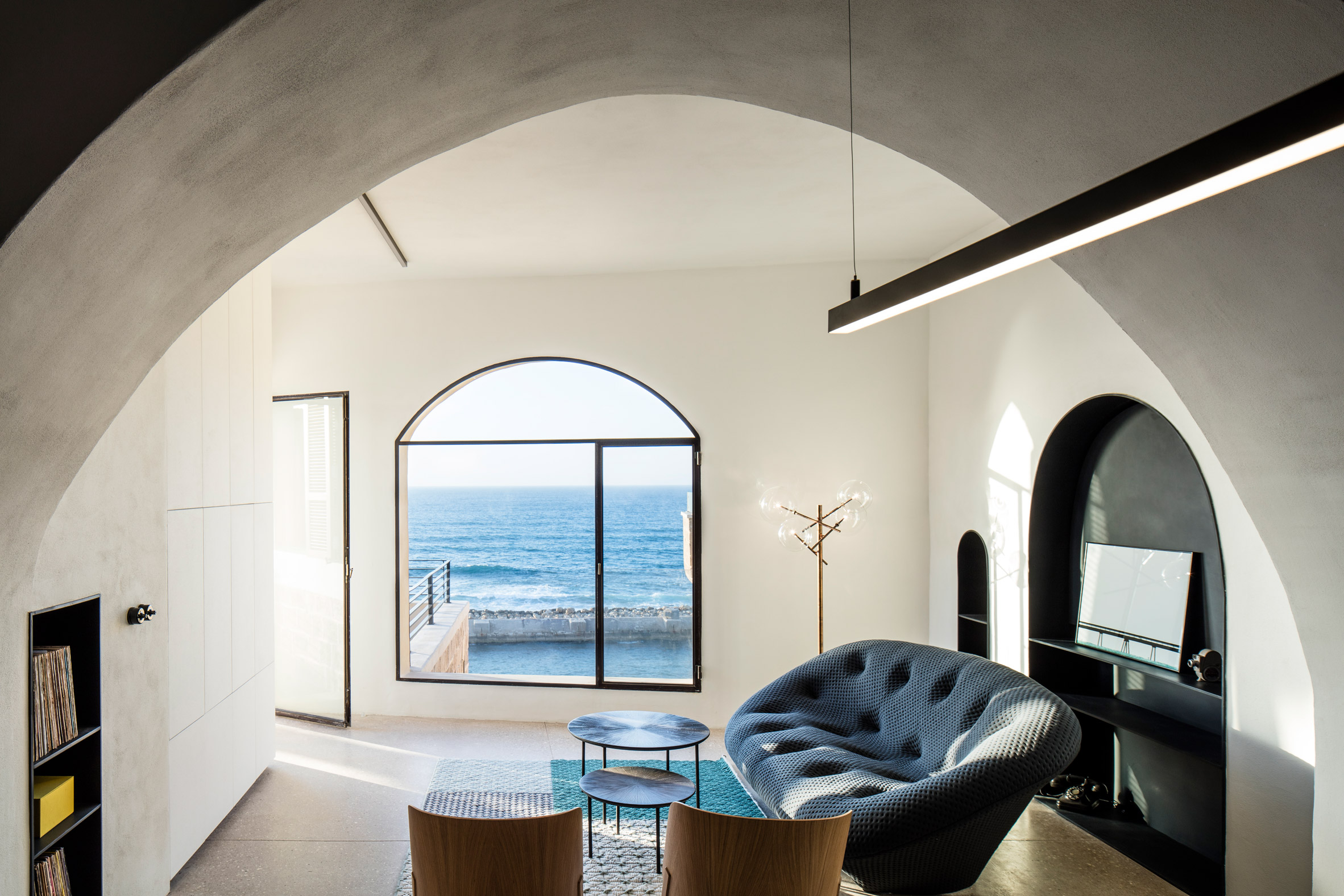 The insides of the arches are covered in sheets of blackened tin that provide a contrast to the white walls and a robust surface for these high-traffic areas.

The same material is used to conceal technical systems in the walls and to construct a set of steps and a countertop in the bathroom. 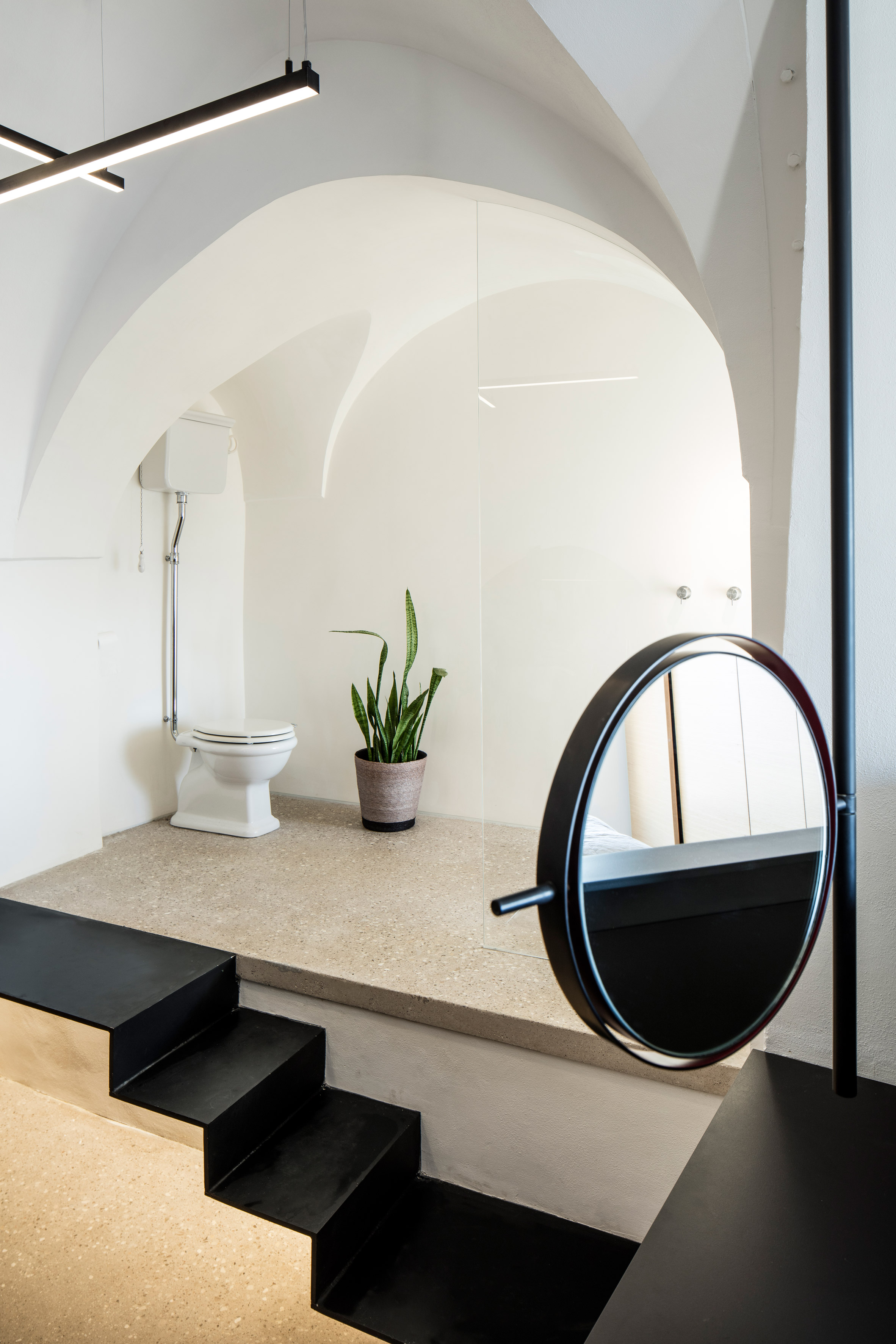 The steps ascend to a platform housing a toilet and shower that look out through a window directly towards the sea.

The home’s entrance is set into an arch that is partly glazed and shielded by vertical metal bars. A black mesh covers an alcove containing storage units and worktops in the kitchen. 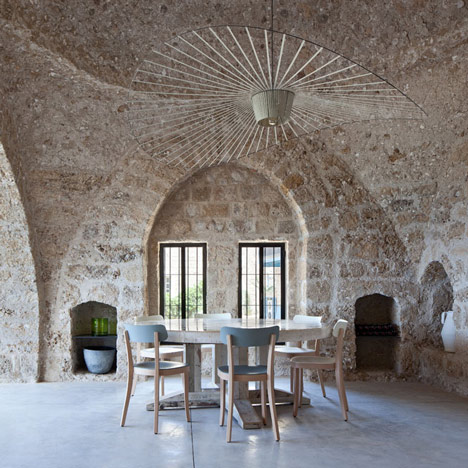 This is the third such apartment that Pitsou Kedem and his studio has renovated in Jaffa. The previous projects include a home featuring a floating iron staircase set into an exposed concrete wall that ascends to a new mezzanine.

Photography is by Amit Geron.