This pavilion erected in the pond of a Mexico City park was built from stacks of earthen blocks, which were dismantled to be rebuilt as part of a community centre in a town hit by last year’s deadly earthquake.

Local architecture studios Lanza Atelier and TO, and architect Alberto Odériz, who is also a sculptor, designed and built the pavilion on a pool in the city’s Parque Lincoln for this year’s Design Week Mexico. The pavilion was intended as a small-scale version of a community centre the architects are building in Ocuilan – a town nearly 100 kilometres south of the capital – as part of reconstruction efforts following the earthquake that struck the region on 19 September 2017.

“Ocuilan is one of the places that the earthquake of the last year devastated the most,” Odériz told Dezeen.

The temporary structure comprised a walkway that led from a park pathway across the water to a long and slender, open-roofed enclosure. The pavilion was made from compressed stabilised-earth blocks – a brick made from mixture of soil and cement, which is subjected to high pressure with a mechanical press. 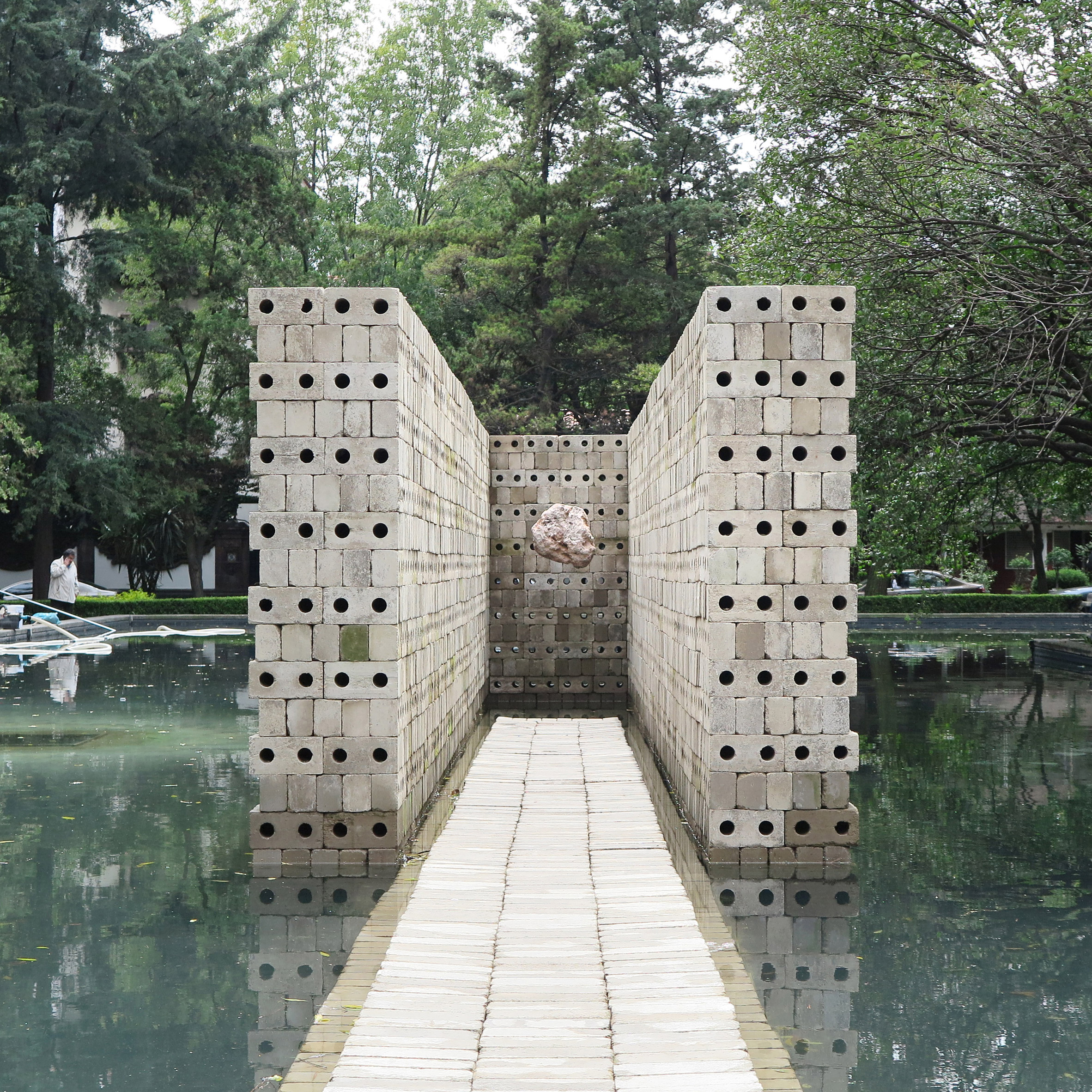 The team is manufacturing these blocks as a low-cost construction method for the community centre in Ocuilan, and hauled a portion to the park for the temporary build. They are to be transported back when after pavilion was dismantled, following this year’s edition of the annual design event – which ran from 10 to 14 October 2018.

An alternating arrangement used to dry the components during their formation also informed the construction of the walls of the pavilion. The structure was bolstered with extra thickness, so that the elements were arranged two lengthways and five sideways. 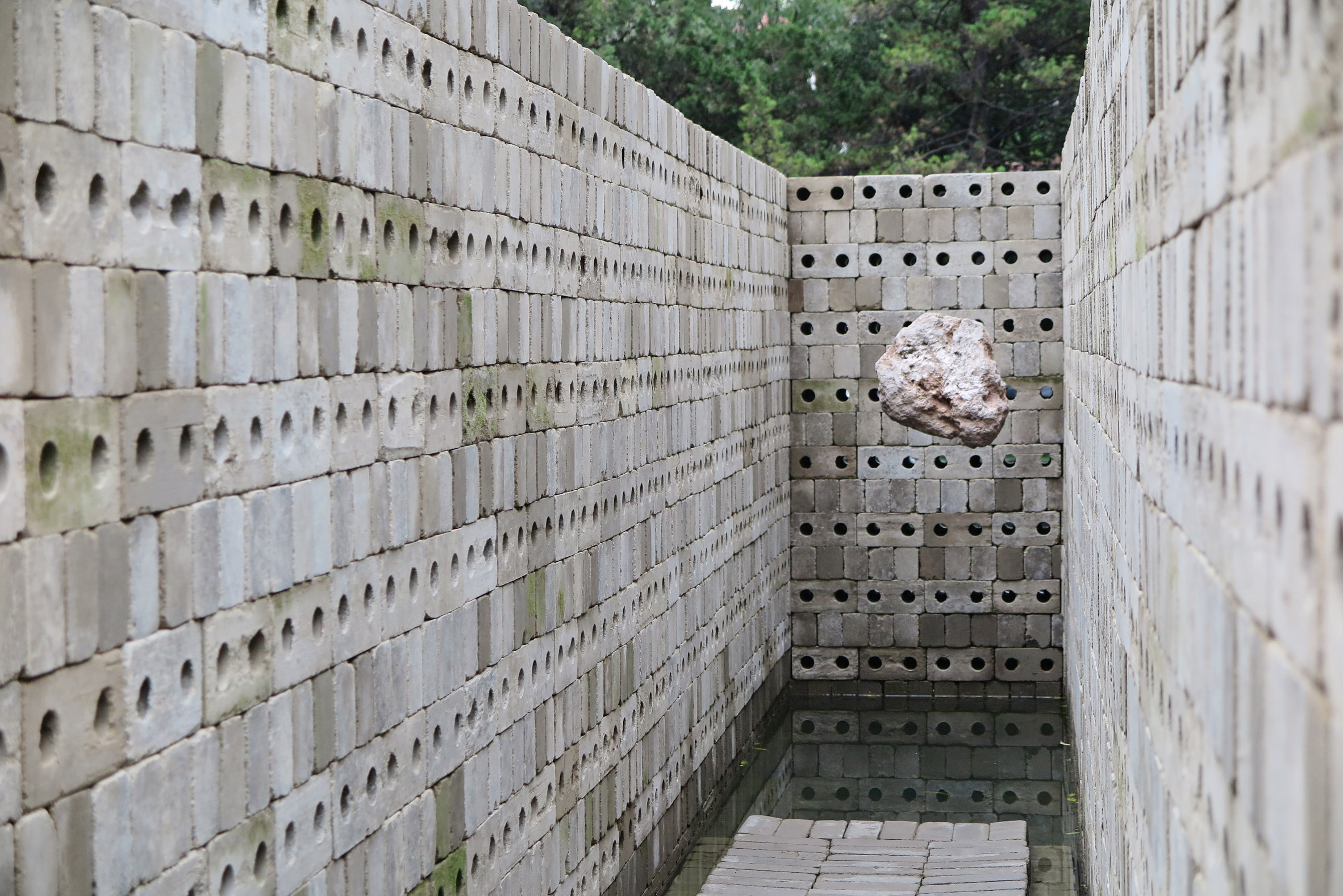 Three layers of blocks were stacked in the water to form the long pathway into the structure, with a gap left between the floor and the walls so that water can flow in and around.

“There is no industrial process in this pavilion and we have only used very simple tools,” said Odériz, who described the project as “very cheap, very simple”.

The paved bridge stops short of the end of the pavilion, leaving a pool of water to fill beneath a large volcanic rock the appears to hover above.

But this is an illusion created by a lever that is threaded through the rear wall and weighted on the other side. It makes the stone move up and down in seesaw motion, adding a fantastical element to the structure.

“A stone is a normal stone, but if I can make it fly, in my theory it becomes a sculpture: a stone with meaning,” Odériz said. “I try to make a moment for the stone to fly with very simple elements,” he continued. “This object becomes a sculpture, with little changes.”

The deadly 19 September quake, which had an epicentre in the state of Puebla, killed over 350 people. It caused major destruction across the states of Puebla and Morelos, as well as the Greater Mexico City area, where over 40 buildings collapsed. 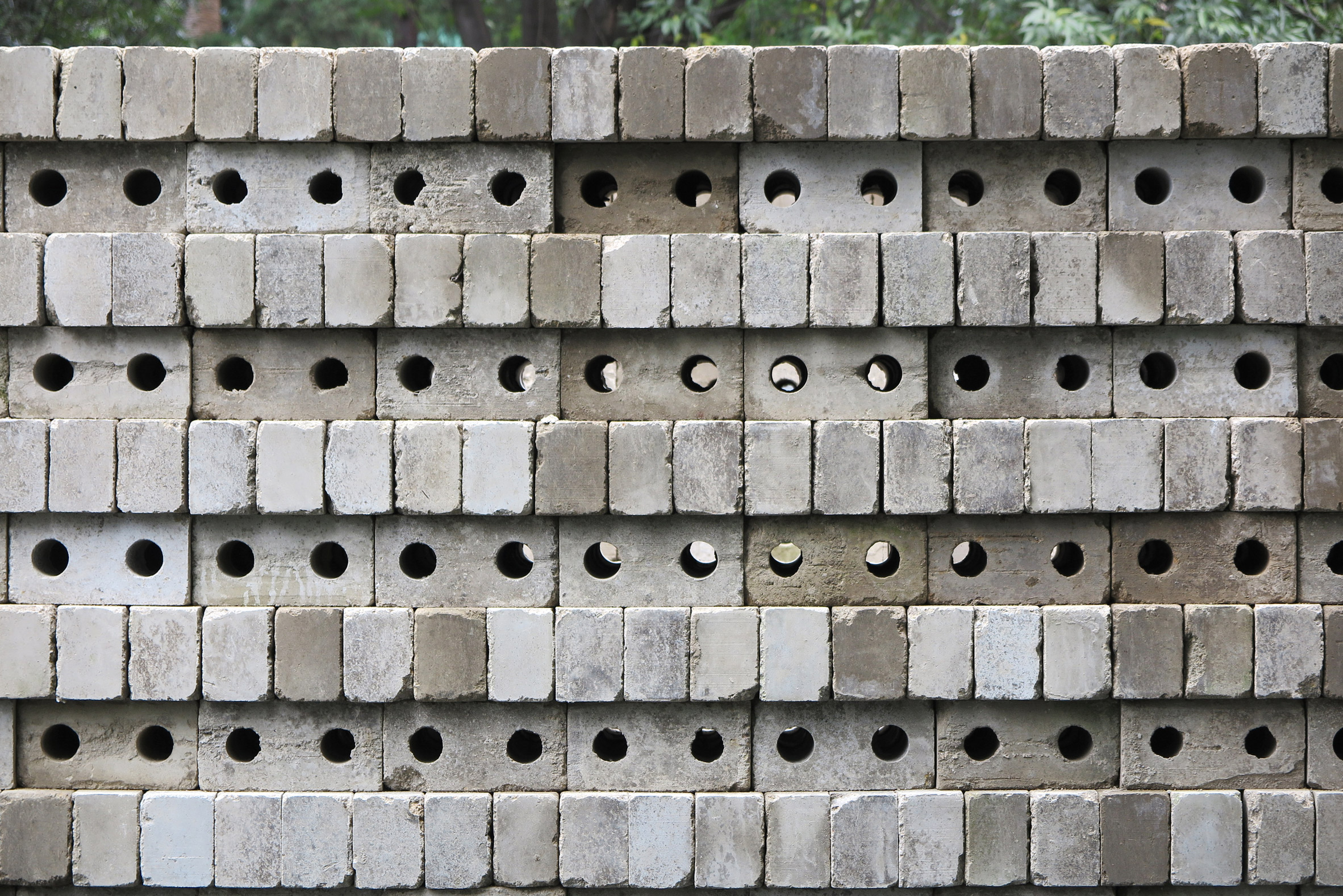 Due to the chaos and destruction caused, last year’s Design Week Mexico was postponed to allow the city more time to recover. During the 2017 festival, director Emilio Cabrero called for the city to introduce urgent regulations to prevent developers spoiling the character of the capital’s historic neighbourhoods where buildings has fallen.

Lanza Atelier, TO, and Odériz’s pavilion was open to the public from 13 to 21 October 2018 for the 10th edition of Design Week Mexico.

Also for the event, Mexican architect Fernada Canales designed a reflective structure at Museo Tamayo as part of an annual commission, which is seen as Mexico City’s equivalent of London’s Serpentine Gallery Pavilion and Melbourne’s MPavilion.