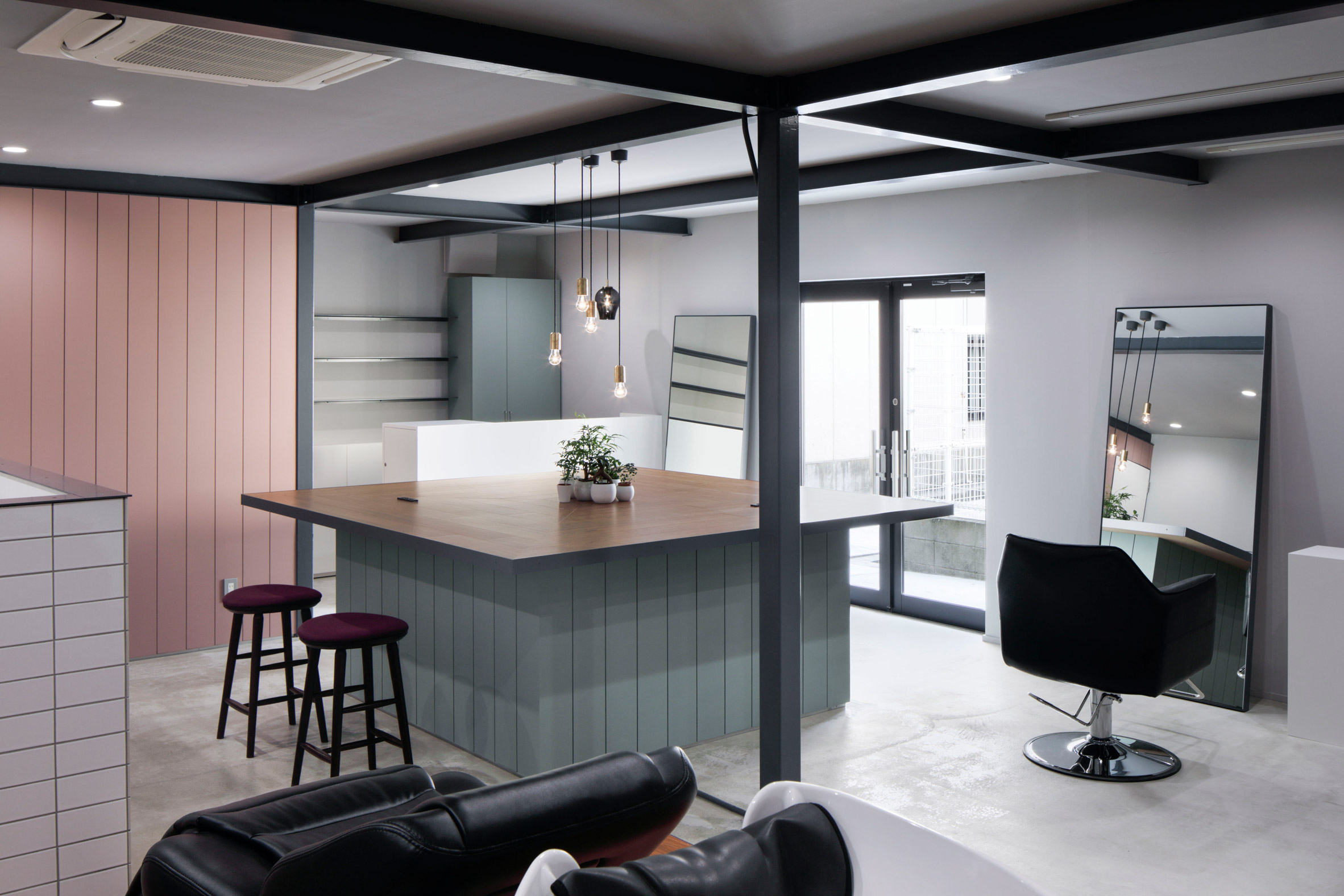 Measuring just 56 square metres and laid out across one floor, the salon is located at the top of a narrow alley sandwiched in between wooden houses in the Tanimachi 6-chome neighbourhood of Osaka.

The salon’s owner, who offers clients a one-on-one service, requested that Hidenori Tsuboi Architects create a space where customers could move around freely and weren’t restricted to sitting in one spot. 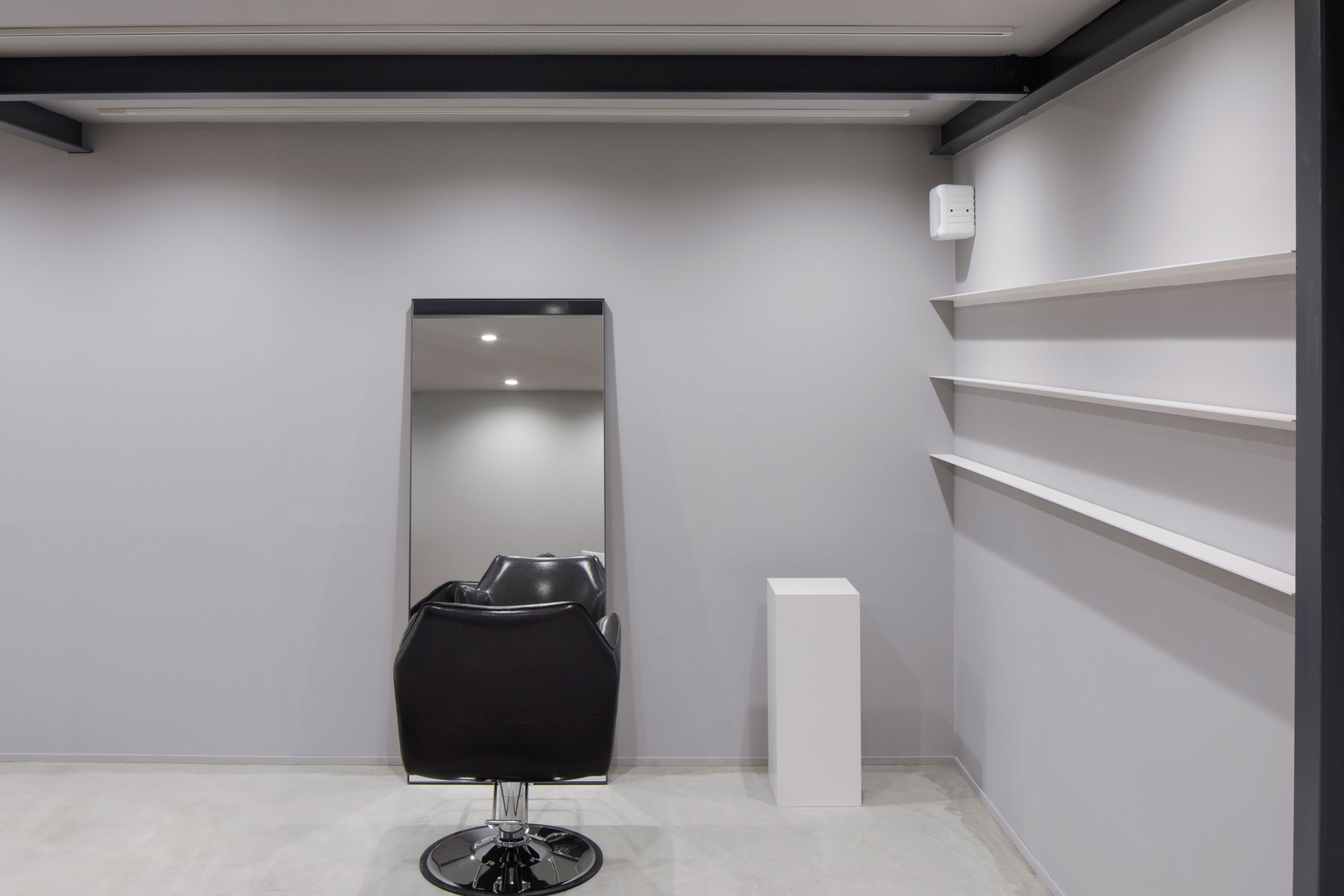 Upon entering, a reception desk sits to the right, and a single styling station and a shampoo booth are on the left.

At the centre of the salon is a large table that serves as a waiting area where customers can read magazines, drink coffee or have consultations. 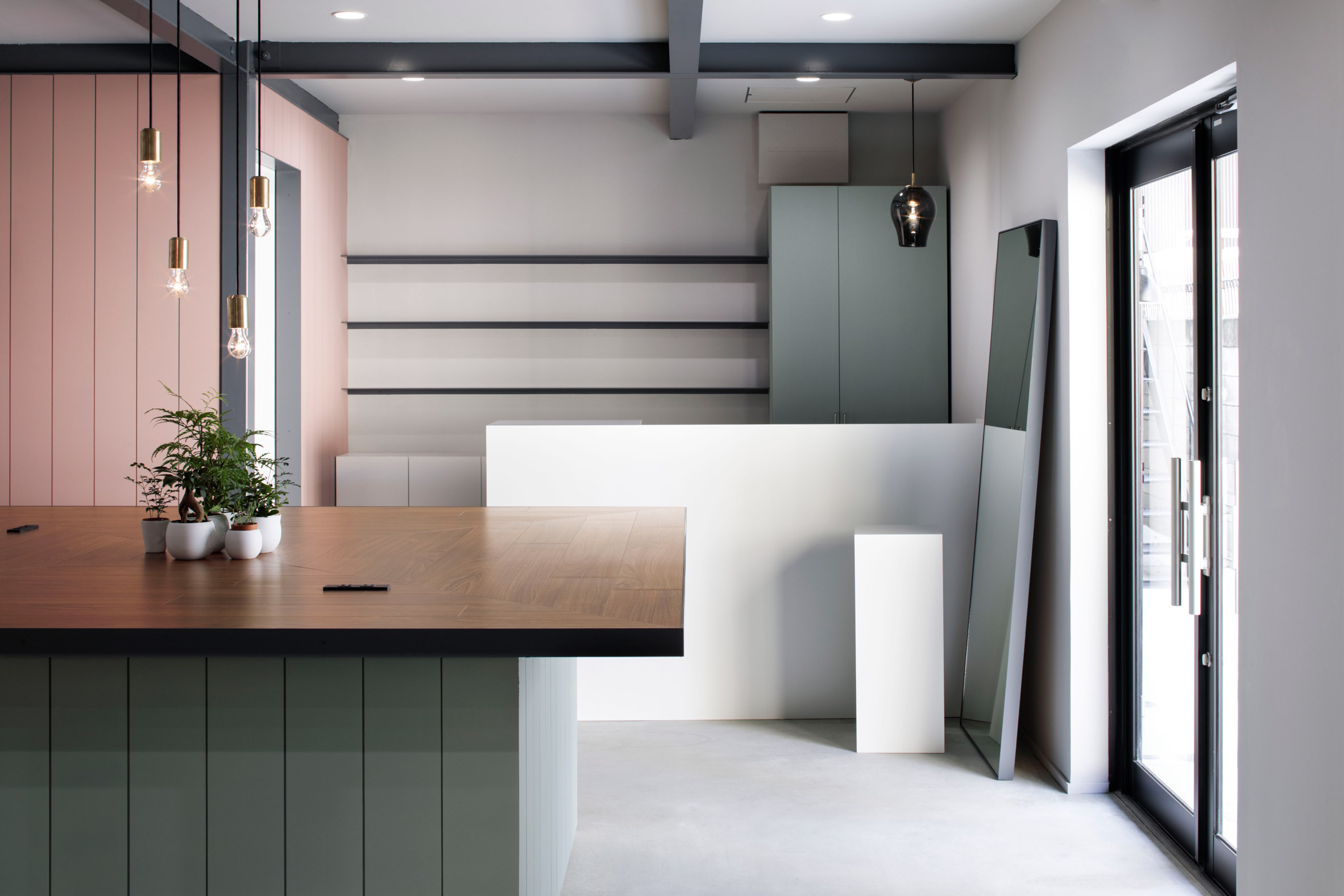 The table space is also intended to be used to display conversation pieces such as books and artworks that reflect the style and personality of the salon.

Other than a small staffroom and toilet, the salon functions as one open room. Painted in a cool grey, it is spacious enough to allow customers to move around the large central table and styling station with ease. 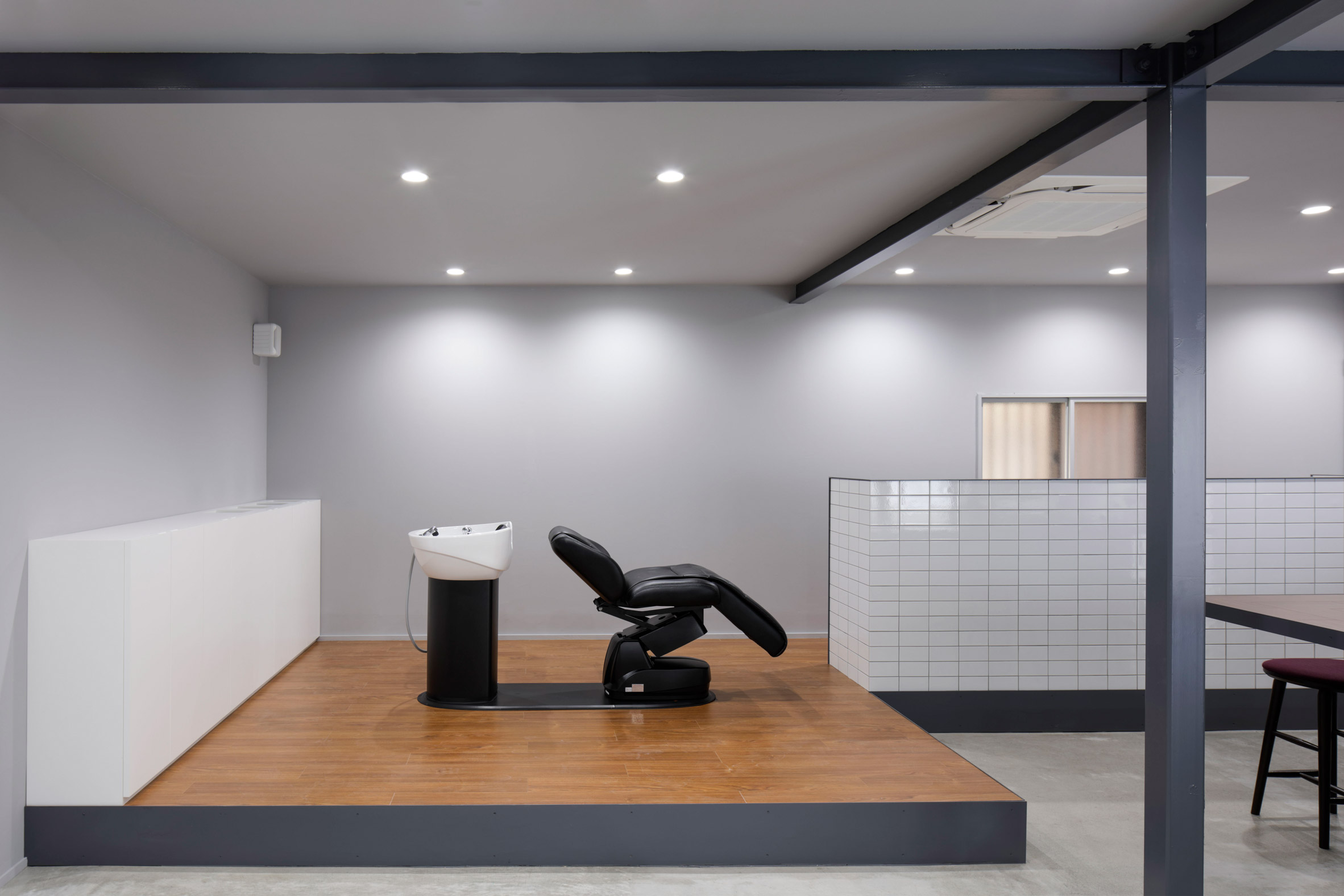 Instead of partition walls, architect Tsuboi has used flooring and wall finishes to delineate the space’s different areas. The shampoo station sits on a raised wooden platform above the salon’s concrete floor, the dispensary area is fronted by white tiles, and the toilet and staff room are tucked away at the back behind a timber-clad partition wall painted light pink.

The lines of the pastel-painted timber cladding, simple floating black shelves and white tiles with dark grout echo the grid of steel beams that span the ceiling. 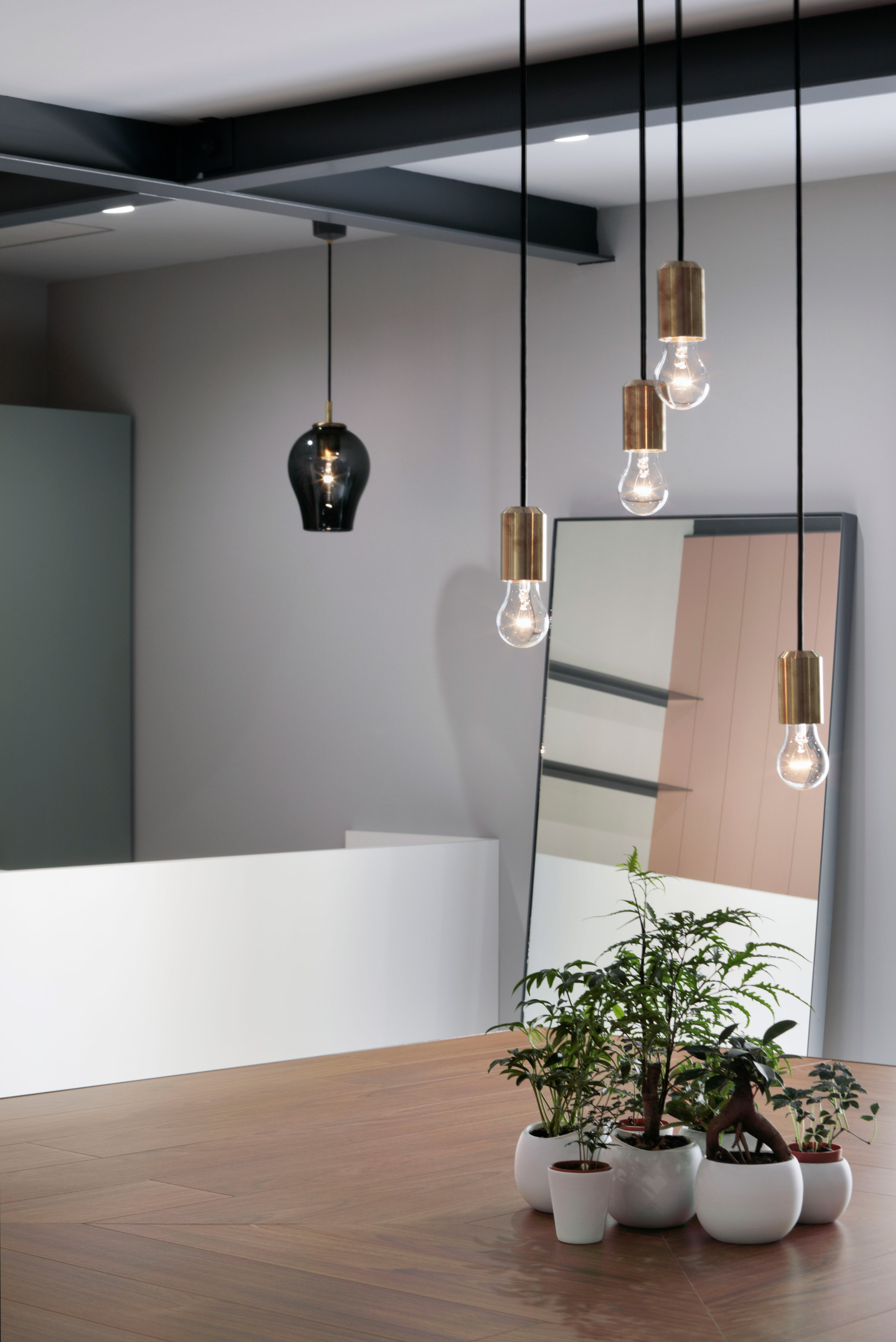 “To give a sense of unity, I reduced certain elements as much as possible by limiting the materials and colours used, and utilising existing steel columns and beams,” said Tsuboi. “Even with its simple style, this salon is also de-signed to have feminine atmosphere which reflects to the owner.”

Japanese studio Sides Core also recently completed a salon in Osaka complete with a space for the owner’s collection of books, art and music.

Photography is by Daisuke Shima.