OMA founder Rem Koolhaas and colleague David Gianotten have unveiled plans to create a reconfigurable amphitheatre topped by a translucent, floating roof for this year’s MPavilion in Melbourne.

The two architects plan to create a “theatre for ideas” in Melbourne’s Queen Victoria Gardens for the fourth edition of MPavilion, an annual commission billed as Australia’s answer to London’s Serpentine Pavilion.

This will comprise a circular performance space embedded into the park’s verdant landscape, with both seating elements and a roof that can be adapted to suit different activities. 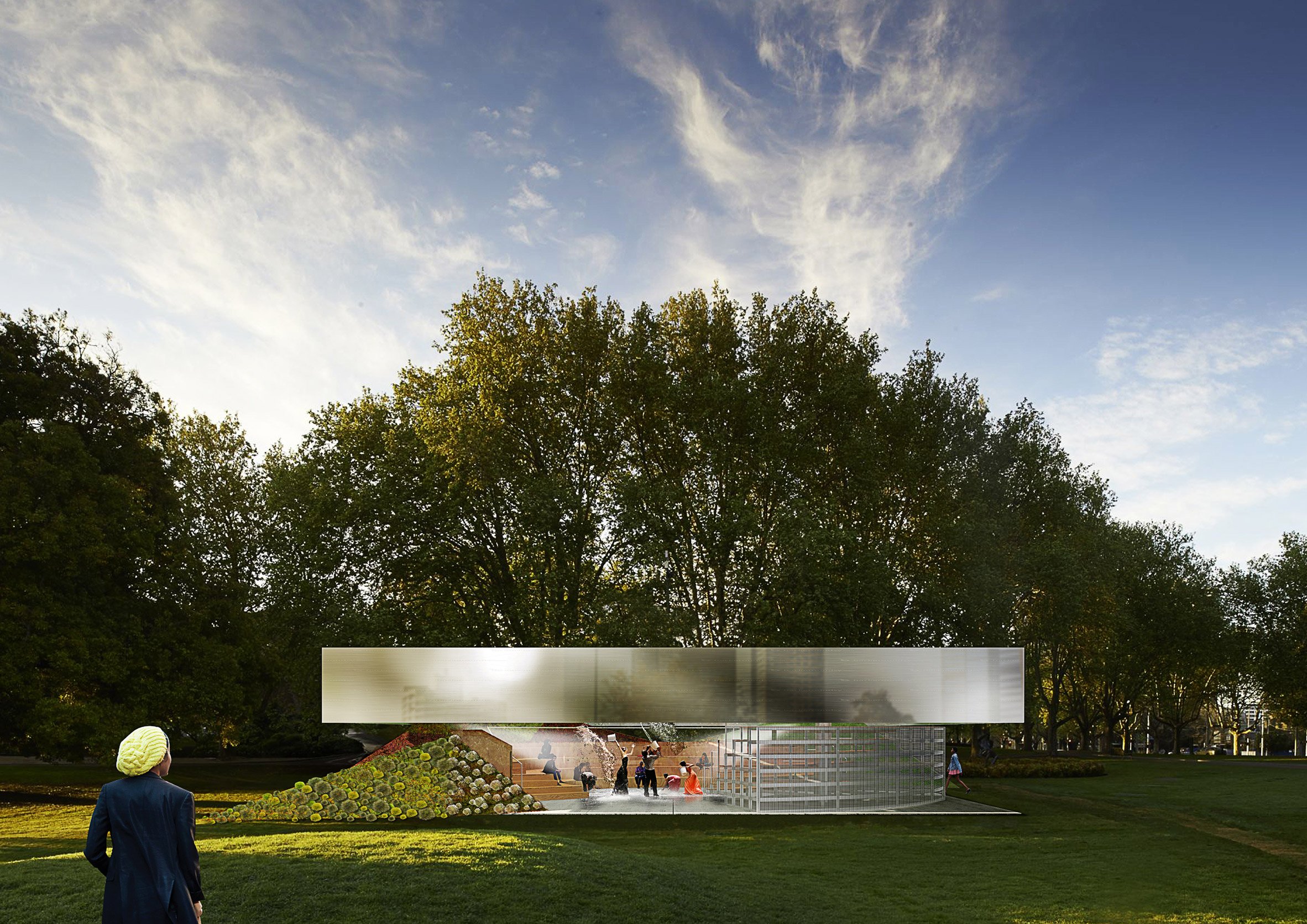 Koolhaas wants the project to become a model for how architecture can act as a trigger for activity in a city, particularly in Australia, which he describes as “an almost perfect society, but lacking in intensity”.

“It’s not without ambition, it’s the kind of project that hopes to provoke a real discussion about what architecture can do in a context like Australia,” said the architect.

“We’re interested in treating this pavilion not just as an architectural object, but as something that injects intensity into a city and contributes to an ever-evolving culture.” 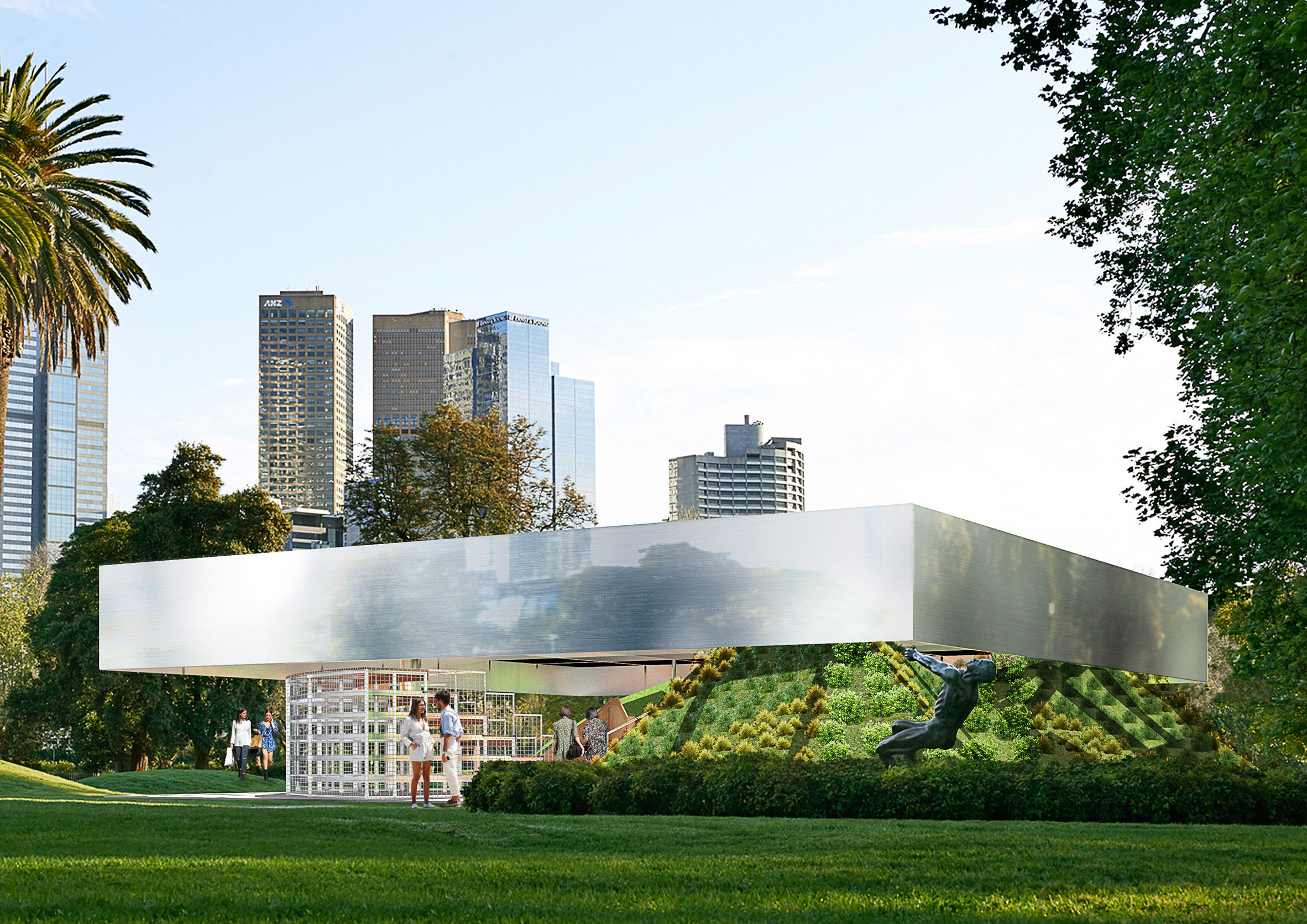 To accommodate this “intensity”, part of the pavilion’s seating will be able to rotate – so it can either face inwards, or out towards the park.

Similarly, the building’s roof will incorporate lighting and and other technological features, meaning it will be able to offer what Gianotten describes as “all kinds of technical and fun possibilities”.

This roof will consist of a two-metre-high grid structure made from aluminium-coated steel, infilled with translucent panels.

“[The building is] more or less a roof, under which we have an amphitheatre that can be transformed in different configurations,” explained Gianotten, who is OMA‘s managing partner architect.

“By rotating part of this amphitheatre fully open towards the city, we create pockets where different activities can play a role, but where also suddenly the park – with the city as its backdrop – can be the scene for activity and debate.” 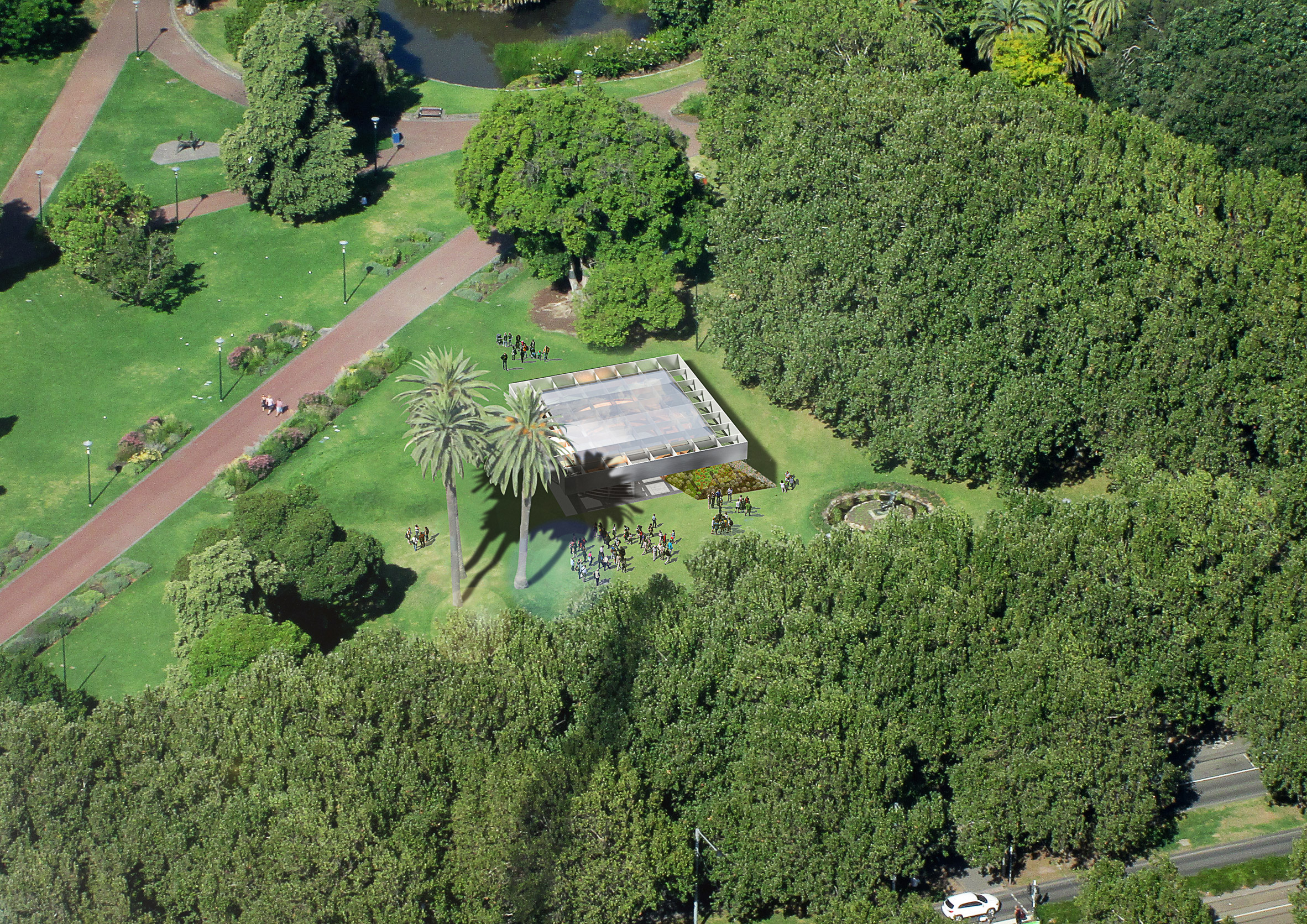 Indigenous plants and flowers will surround the exterior of the structure to help it blend in with its setting.

OMA’s MPavilion will be the fourth completed since the programme launched in 2014. It follows a bamboo structure by Indian firm Studio Mumbai, a tree-canopy-inspired installation by British architect Amanda Levete and a folding structure by Australian architect Sean Godsell.

All four pavilions built so far have been commissioned by the Naomi Milgrom Foundation, a non-profit organisation set up by businesswoman and philanthropist Naomi Milgrom to support architecture and design projects. 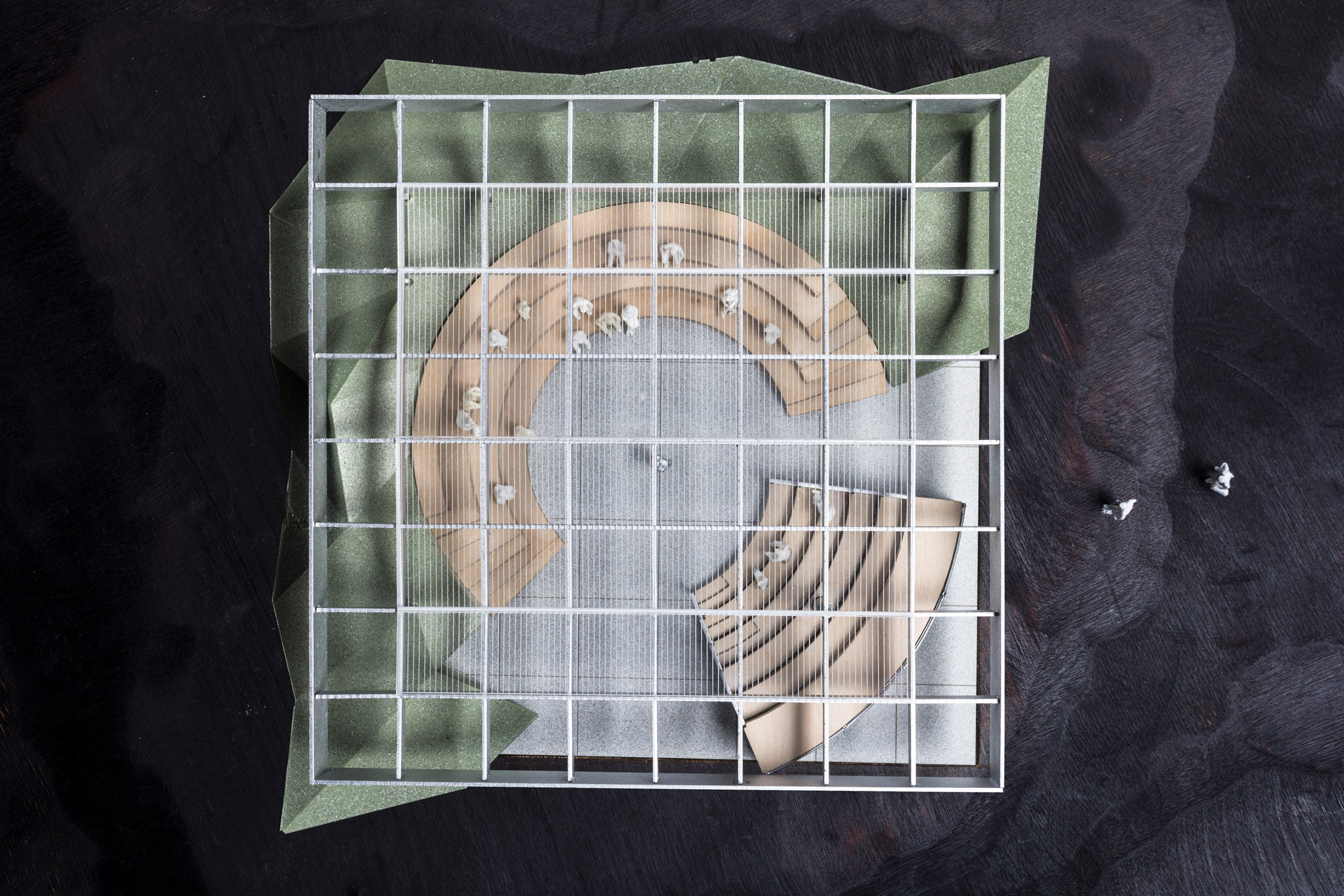 Milgrom said she expects this year’s pavilion to showcase the “multi-faceted intelligence and vision” of its architects.

“MPavilion 2017 will be extremely different to previous years, with a designated yet flexible stage enabling all kinds of cross-pollinated activity,” she said. 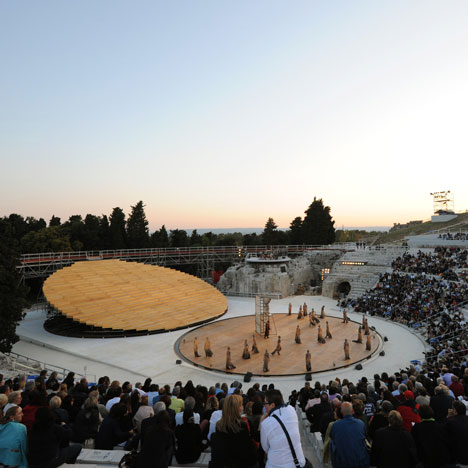 Stage set at the Greek Theatre in Syracuse by OMA

But it won’t be the first amphitheatre that OMA has produced. The firm – which ranked at number 12 on the inaugural Dezeen Hot List – has previously worked with the typology on a variety of projects, from a theatre venue in Greece to a lecture space in London department store Selfridges.

The project will open to the public from 3 October 2017 to 4 February 2018, for a programme of events and activities. After that it will move to a new location, which has not yet been revealed.