The first images and models of Tod Williams Billie Tsien Architects‘ plans for the Obama Presidential Library in Chicago have been revealed.

Former US president Barack Obama and wife Michelle presented the concept design and site plan for the library set for the city’s Jackson Park at an event earlier today.

The proposal includes a tall stone-clad museum with faceted sides and cutaway corners, sat beside a lower forum and opposite a library. They would create a U-shape around a central plaza facing onto South Stony Island Avenue. 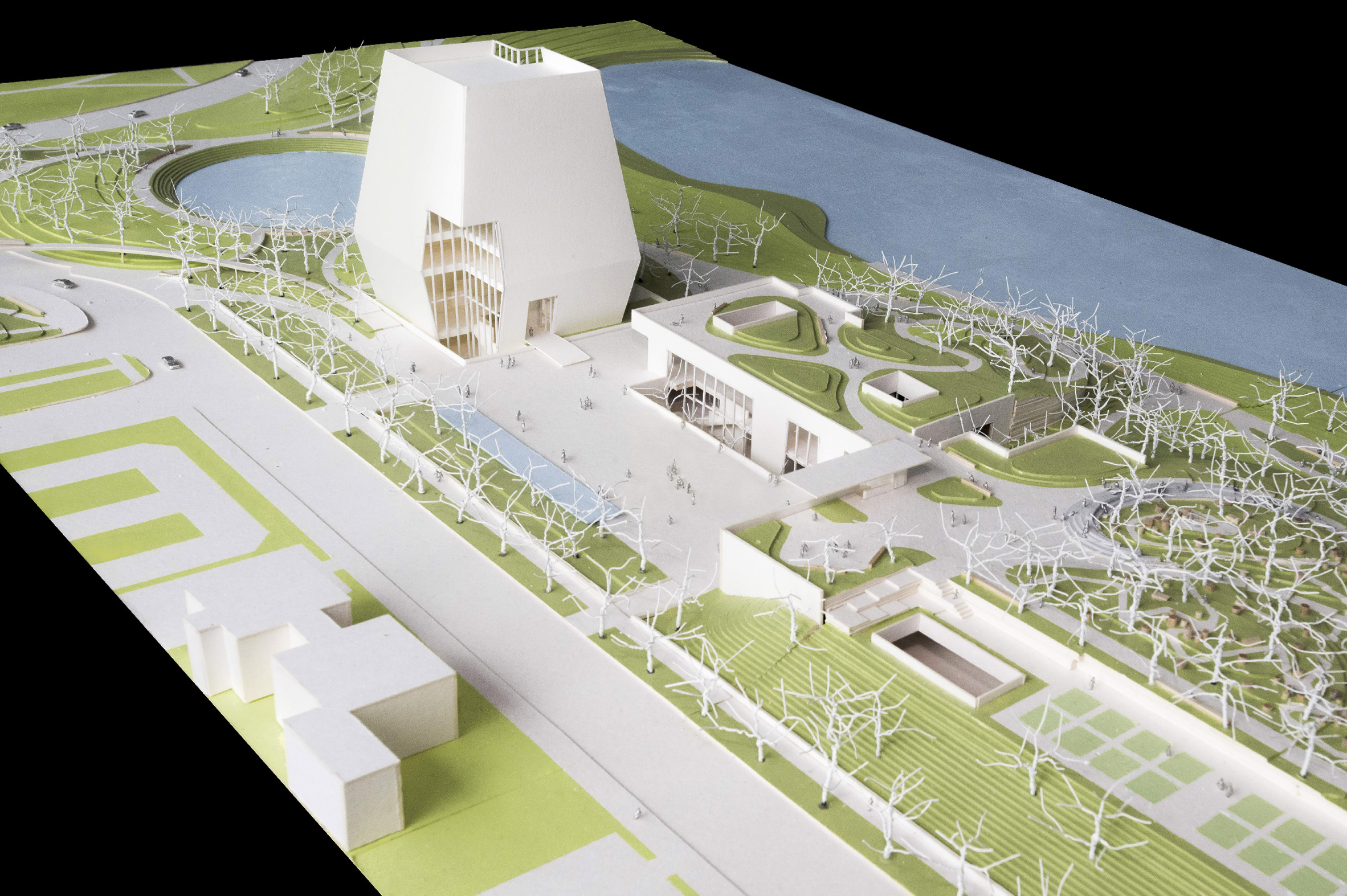 “The design approach for the centre is guided by the goal of creating a true community asset that seeks to inspire and empower the public to take on the greatest challenges of our time,” said New York firm Tod Williams Billie Tsien Architects, which is collaborating with local studio Interactive Design Architects on the project.

“The Obamas were clear that they wanted the centre to seamlessly integrate into the park and the community, and include diverse public spaces.”

Landscaping, designed by a team led by New York firm Michael Van Valkenburgh, would wraps around the buildings and continue over the roofs of the forum and library. 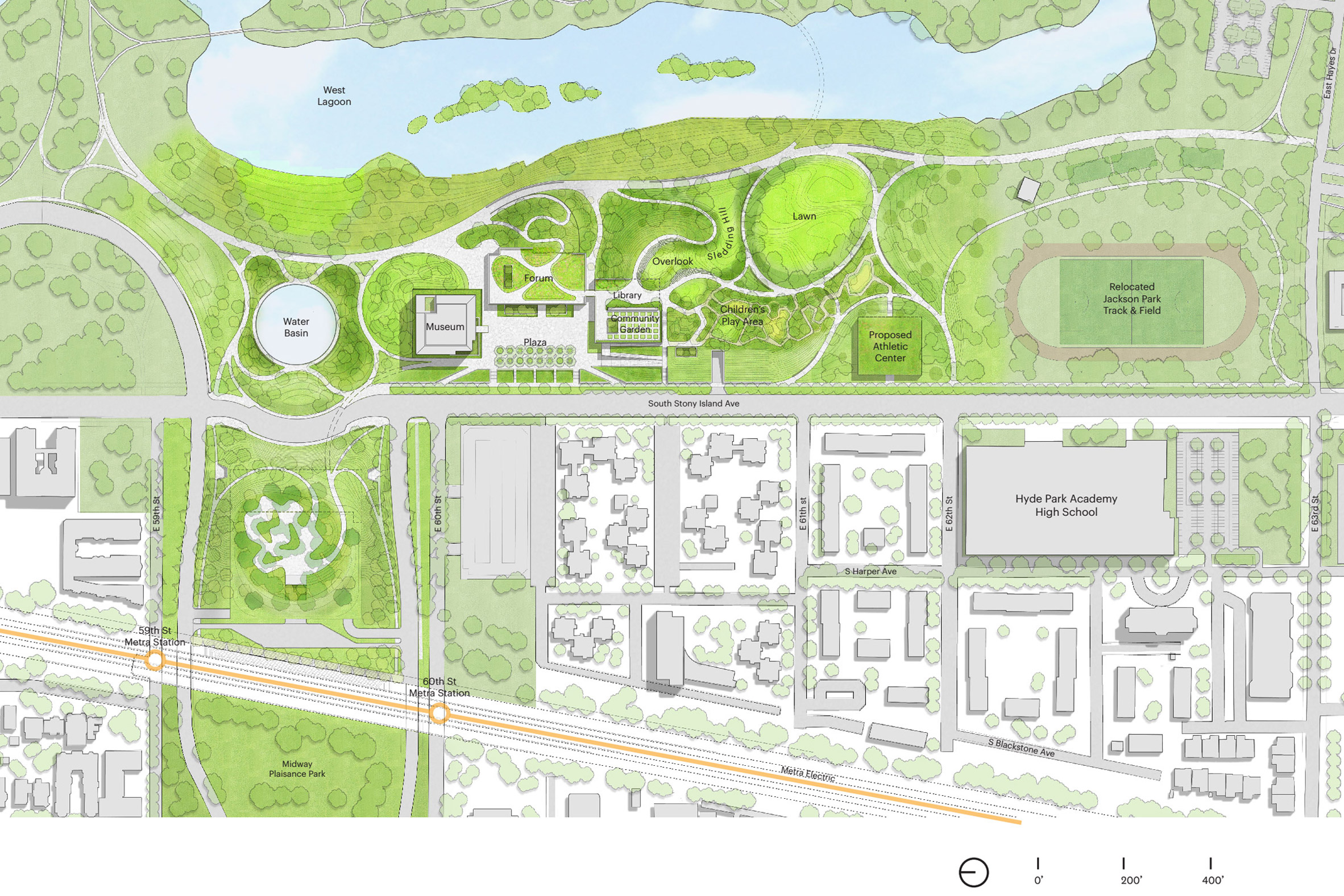 A water basin is planned to the north of the site, while a viewpoint, a sledding hill, a children’s playground and an open lawn would be surrounded and linked by meandering pathways to the south.

Further south would be an athletics centre and the relocated Jackson Park Track and Field facility, which currently occupies the proposed library site.

The project’s unveiling follows a talk given by Michelle Obama at the 2017 AIA convention in Orlando last weekend, during which she spoke about the library. 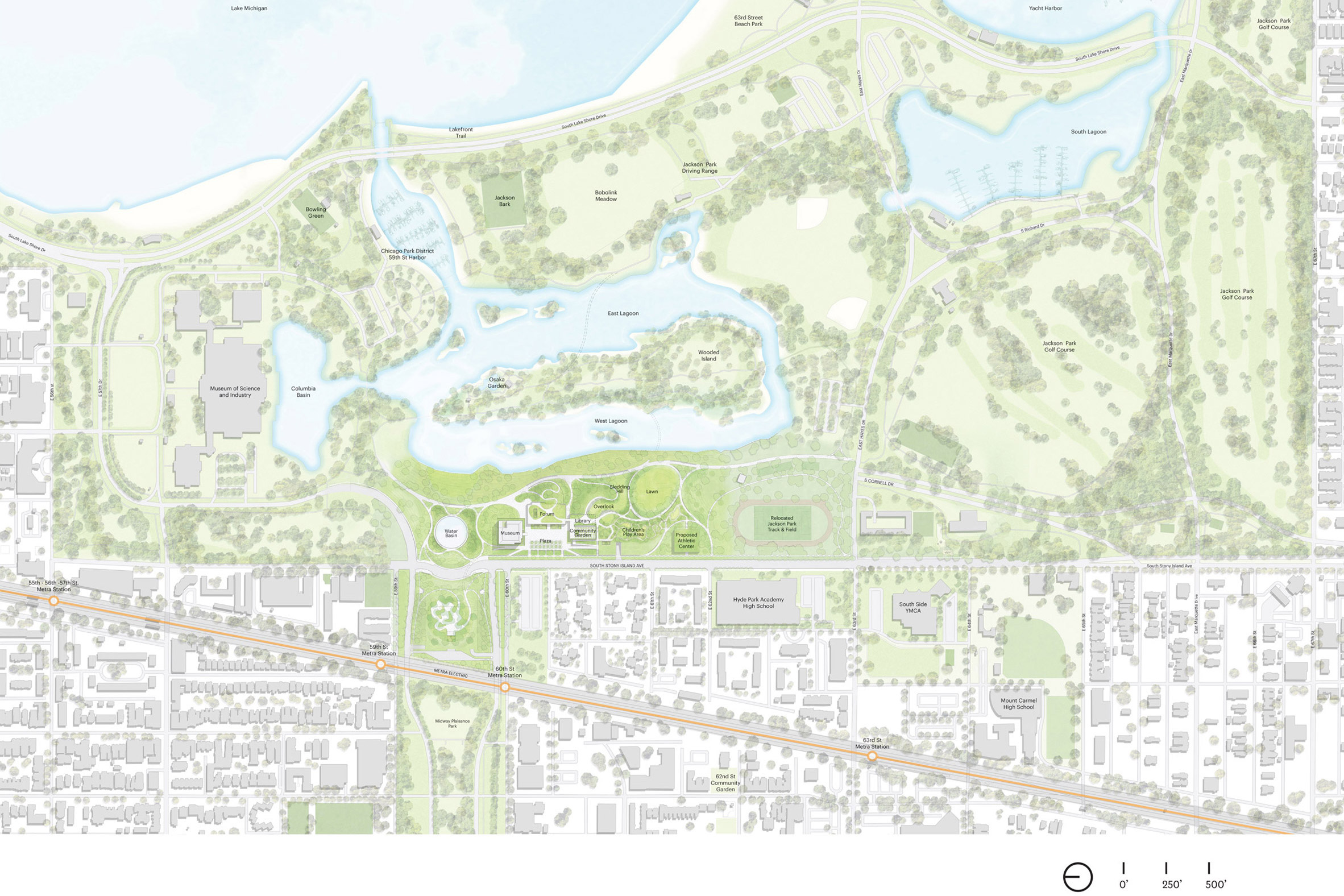 “This project means the world to me and knowing that we have architects that appreciate the whole project and not just what the building looks like – which is important, but it’s a building that’s sitting in a neighbourhood,” she said, while also urging architects to work on more community projects in poorer areas of cities.

Williams and Tsien were chosen for the project in June 2016, and the Jackson Park site – which is close to where the Obamas grew up – was announced a few weeks later. Construction is due to complete in 2021.

America’s Presidential Libraries are archives and museums created to commemorate the terms of office of each US president since Franklin D Roosevelt, bringing together documents and artefacts from their administrations.

Images courtesy of the Obama Foundation.