Studio PCH and Montalba Architects have converted a 1950s beachfront hotel into Nobu Ryokan Malibu, the first in a line of high-end, Japanese-inspired retreats.

Stretching along a waterfront property in the affluent California city, the boutique hotel is the first in Japanese restaurant chain Nobu‘s Ryokan collection of exclusive retreats in exotic settings and gateway cities. The line is named after a type of traditional Japanese inn that first emerged in the 1600s. 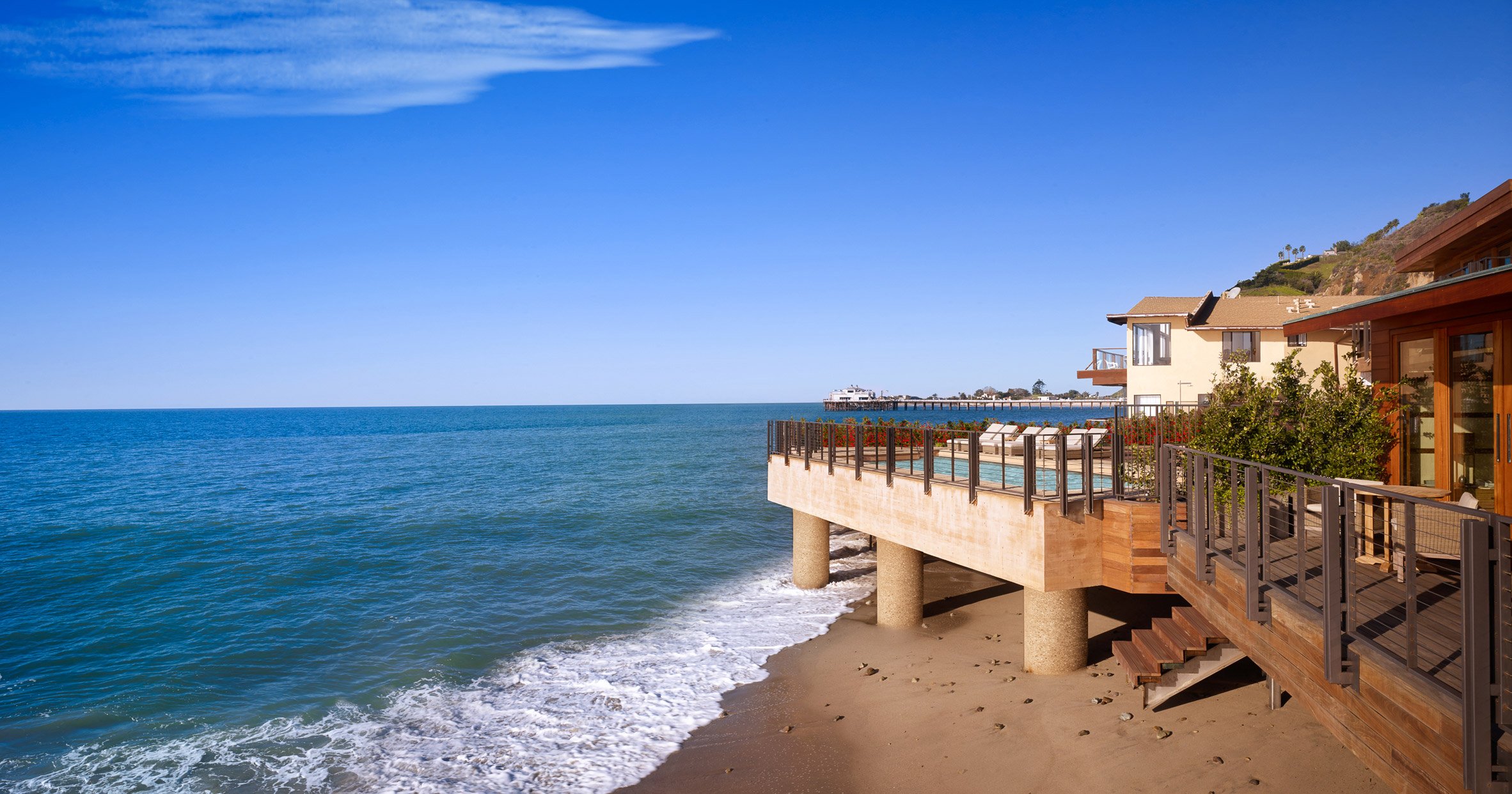 The Nobu hotel was designed by Studio PCH and Montalba Architects, both based in Southern California. The design team also included TAL Studio, Shawmut Design and Construction, CW Eisner and Nikita Kahn.

The project involved a full overhaul of the Casa Malibu Inn, an unassuming hotel that was in operation for more than 60 years. The property was purchased in 2007 by software billionaire Larry Ellison. 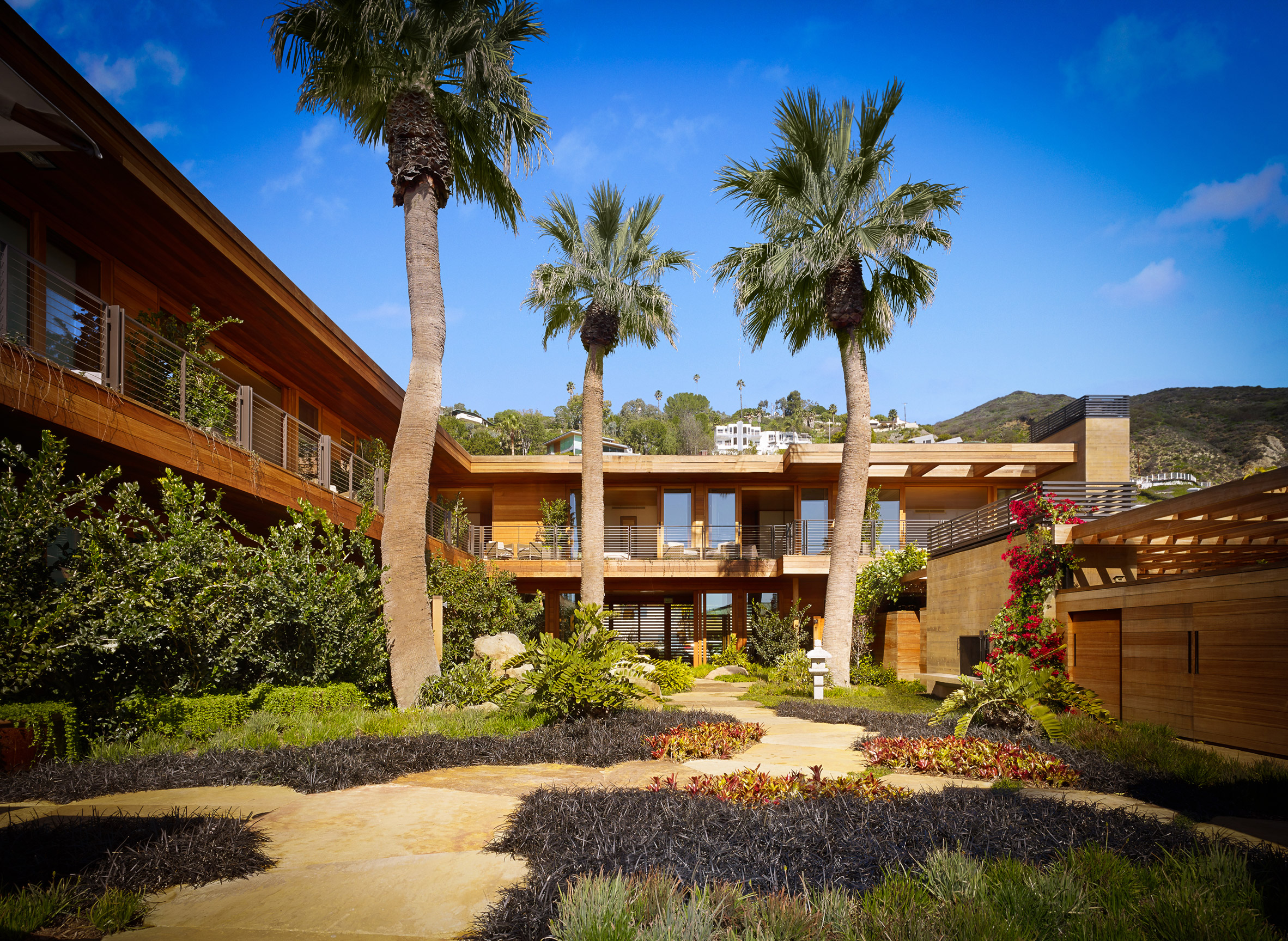 “Perched above the famed Carbon Beach alongside the Pacific Coast Highway, Nobu Ryokan Malibu has been completely transformed from a 1950s vintage beach motel into an exclusive destination retreat,” the team said.

The hotel is meant to embody “the cool elegance of the California coastline”. 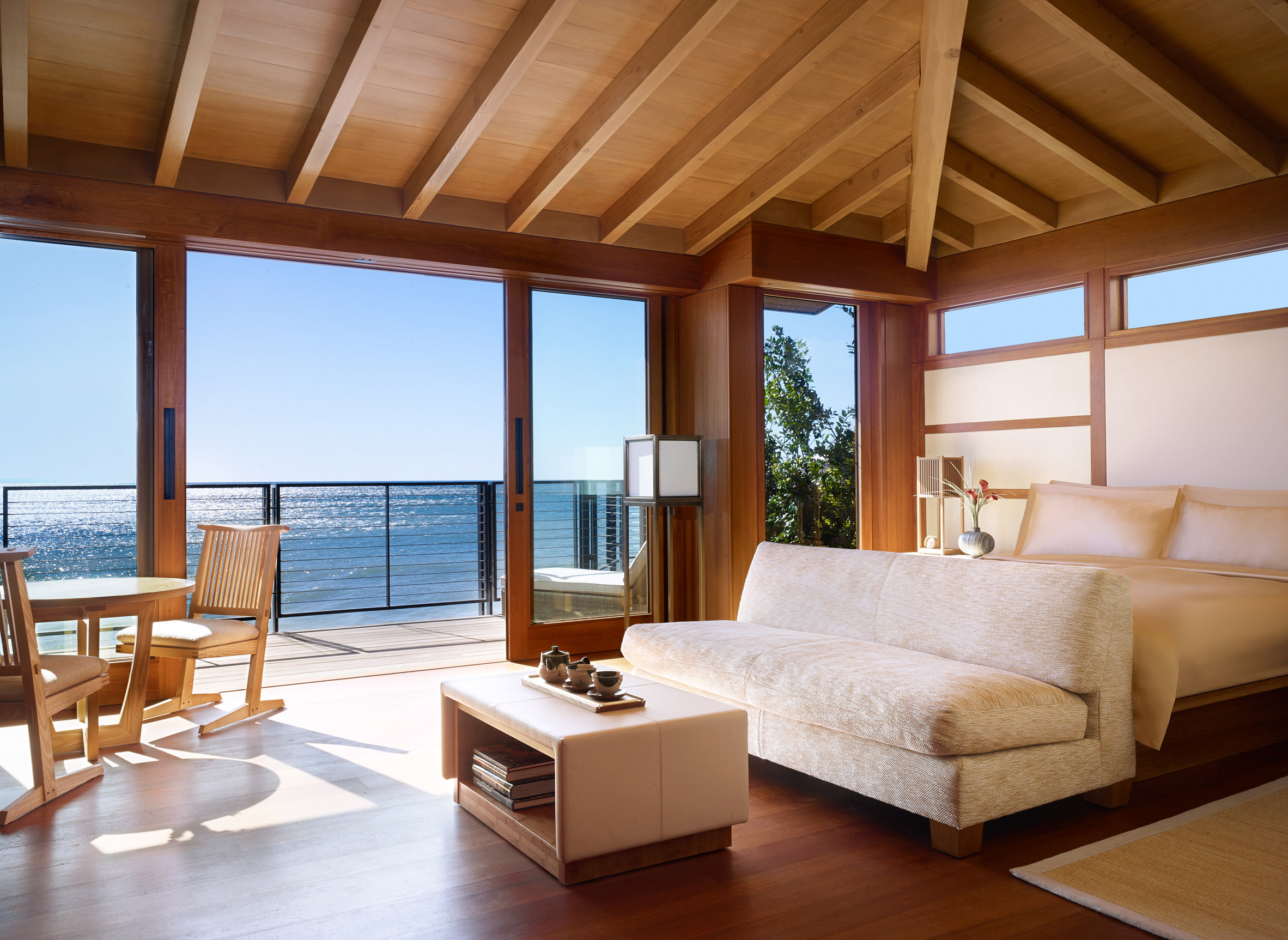 Its 16 rooms are spread across two stories, with beachfront rooms offering panoramic views of the Pacific Ocean. Guest suites facing an interior courtyard have landscaped patios with fireplaces.

The rooms are fitted with contemporary, Japanese-style decor, including wooden soaking tubs. 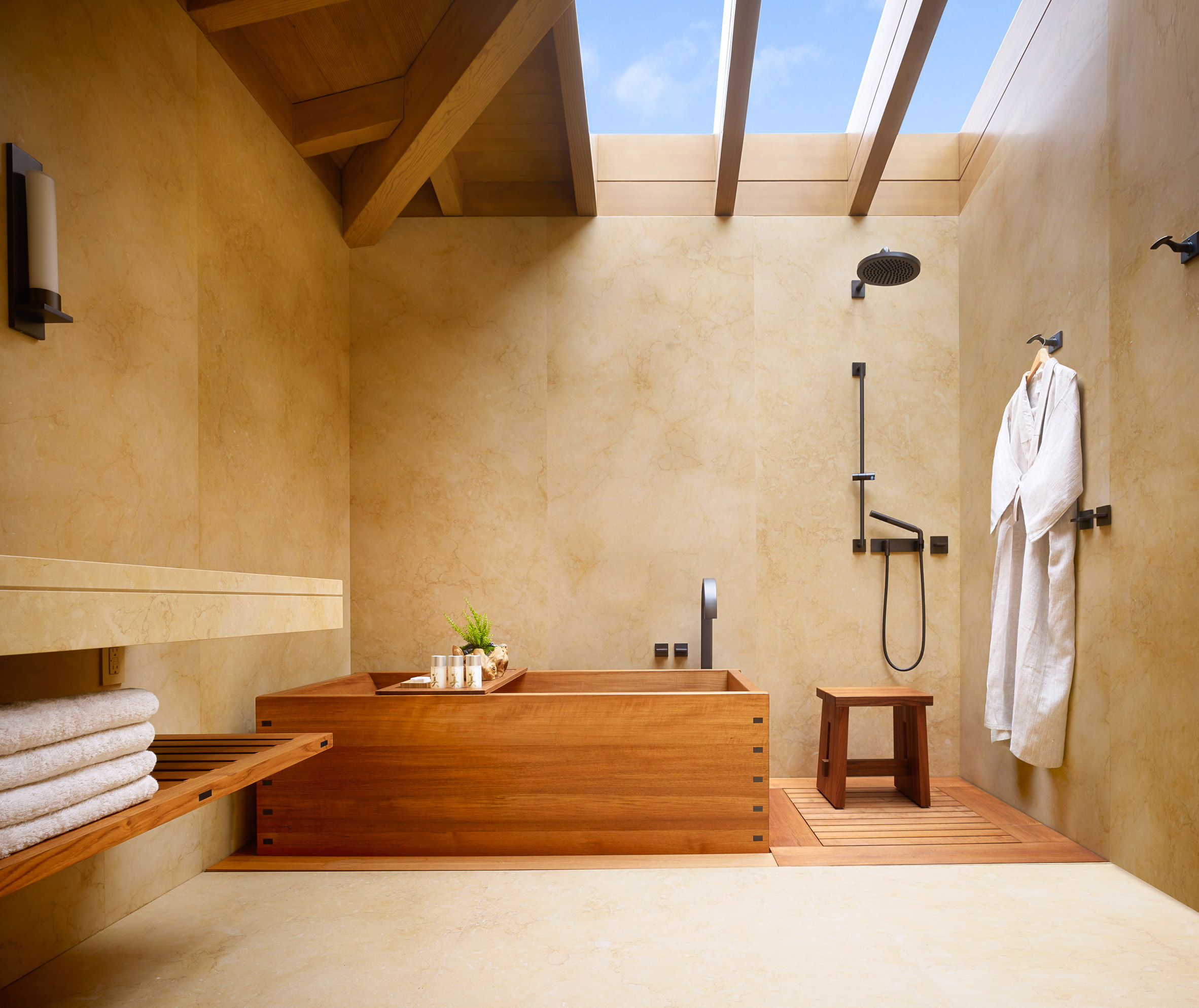 Throughout the hotel, interior spaces are defined by a neutral colour palette, earthy materials and an overall design concept that “balances the flow of energy”. 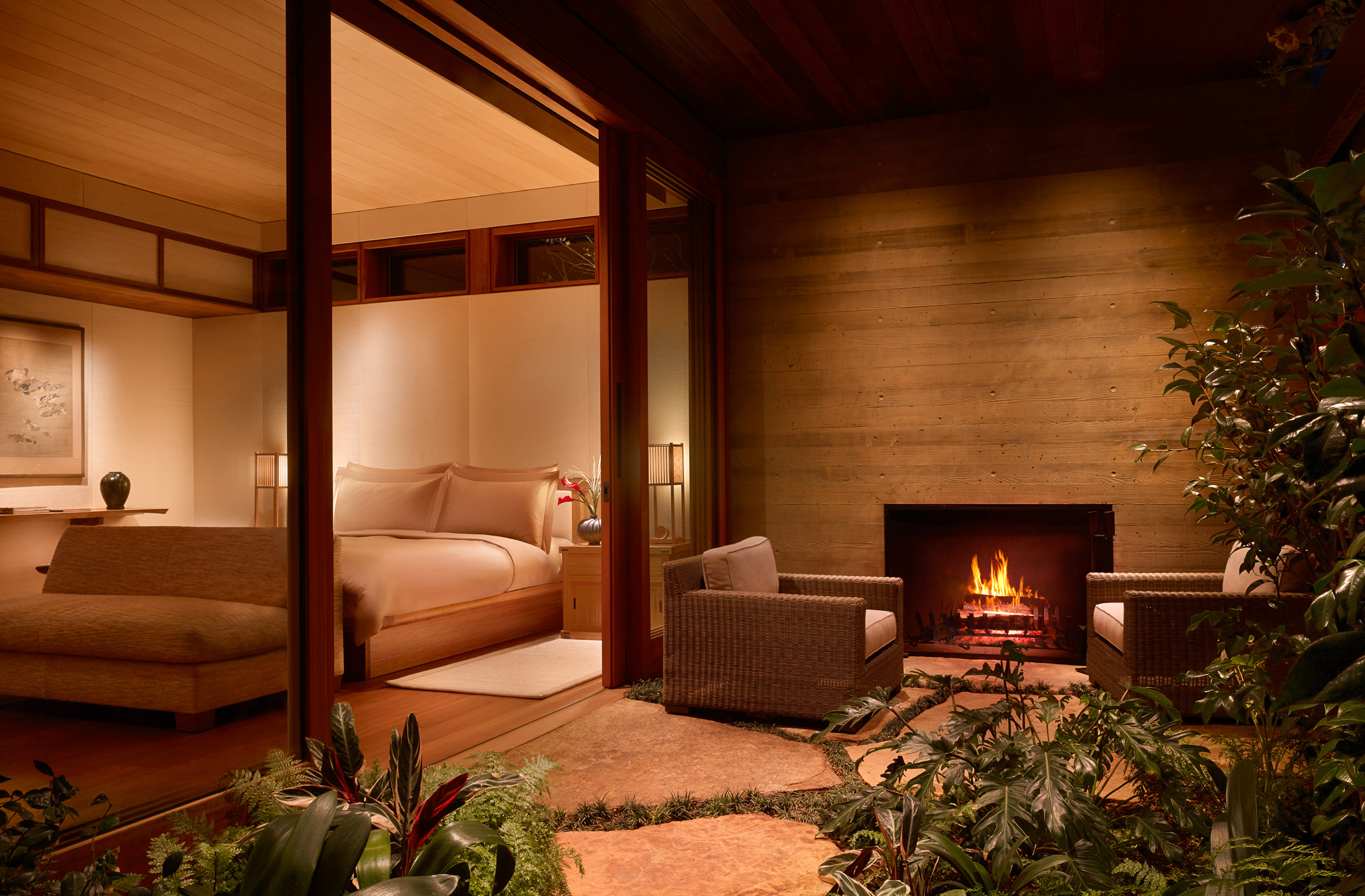 “Rich, natural material palettes of teak, bronze and limestone carry throughout the interior and exterior, channeling the minimalist aesthetic of traditional Japanese inns while evoking the laid-back spirit of the property’s location,” the team said.

The lush interior courtyard features native plants and a waterfall pool. Additional amenities include an outdoor lap pool overlooking the ocean, a fitness room, a relaxation deck and access to the beach. 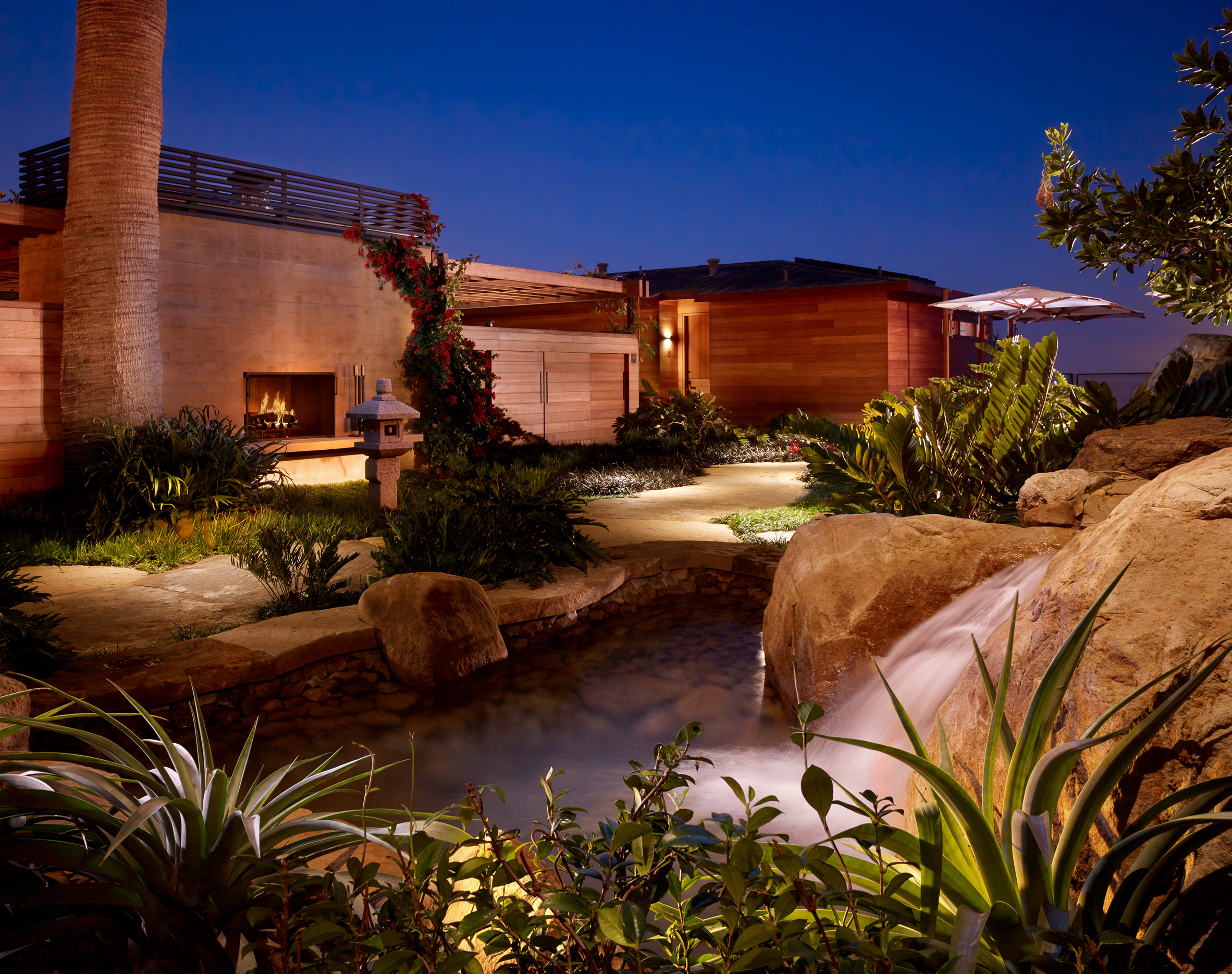 Located next to the Nobu Restaurant Malibu, also designed by Studio PCH, the hotel was designed to imbue the qualities found in the famed Nobu restaurants.

“Encompassing the feeling of Omotenashi, the Japanese art of hospitality, the Malibu location masterfully delivers the unique chemistry and perfect balance of luxury, fun, craft and theatre beloved by Nobu Hospitality’s international clientele,” the team said.

Other hotels in Southern California include the Ace Hotel in downtown Los Angeles, which occupies a Spanish Gothic-style tower that dates to the 1920s. 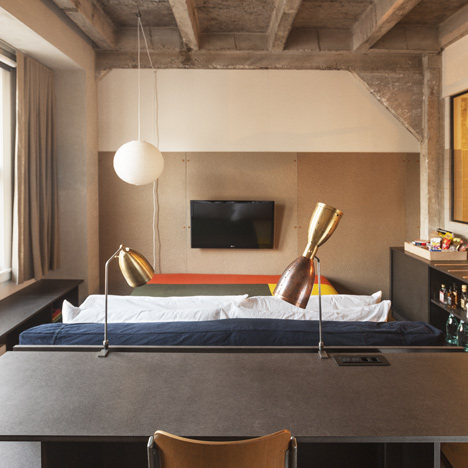