Sheppard Robson and John Copper Architecture have completed a children’s hospital in Johannesburg, which features brick facades and large windows that allow patients to take in the landscaping. 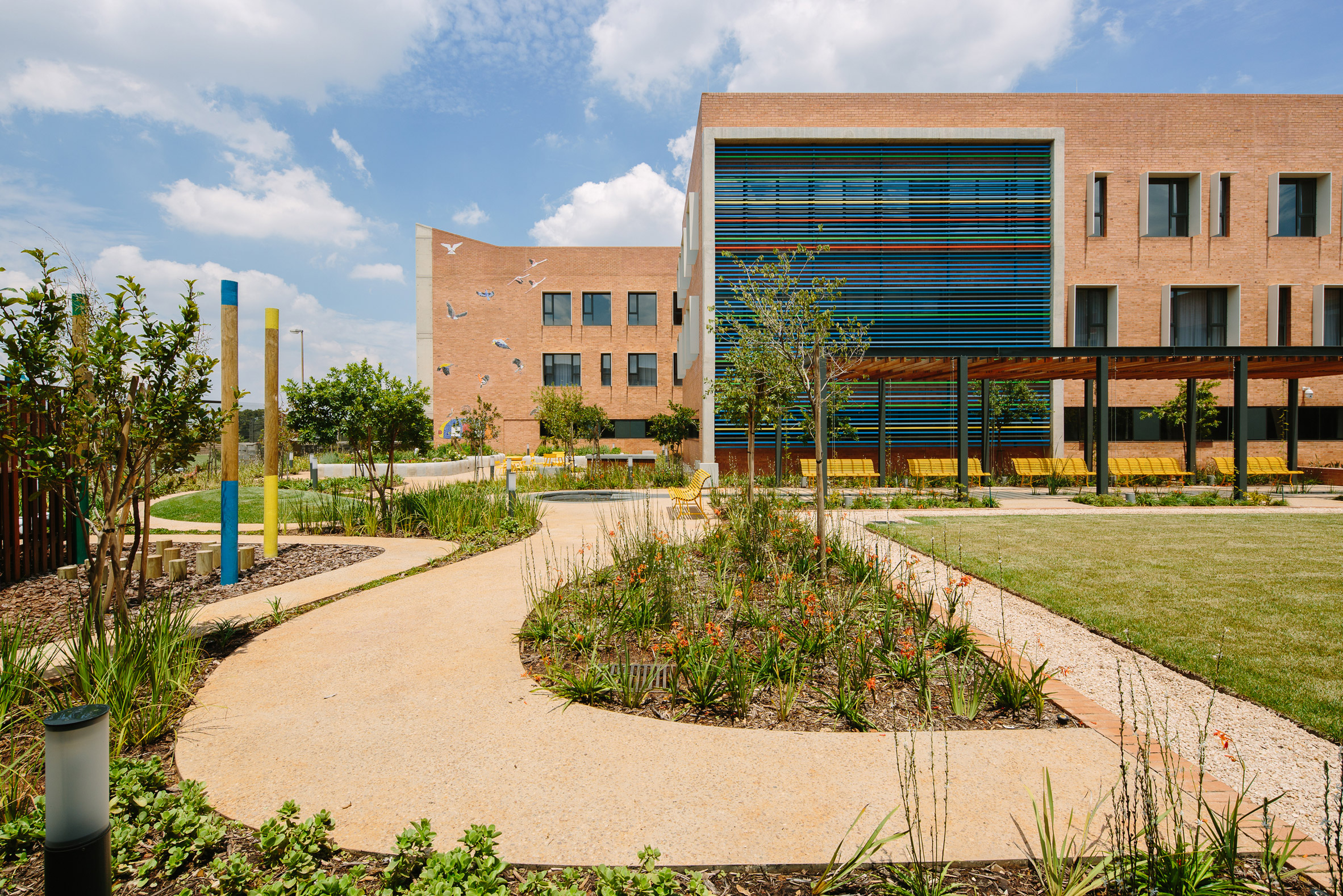 Nelson Mandela Children’s Hospital is a 200-bed, eight-theatre paediatric facility serving the children of South Africa. The country’s former president was dedicated to improving medical care for children and the project was supported by a trust founded in his name.

London-based firms Sheppard Robson and John Cooper Architecture won an international design competition for the project in 2009. The team was later joined by local architecture office GAPP, which oversaw the development of the facade and public spaces, and site architect Ruben Reddy. 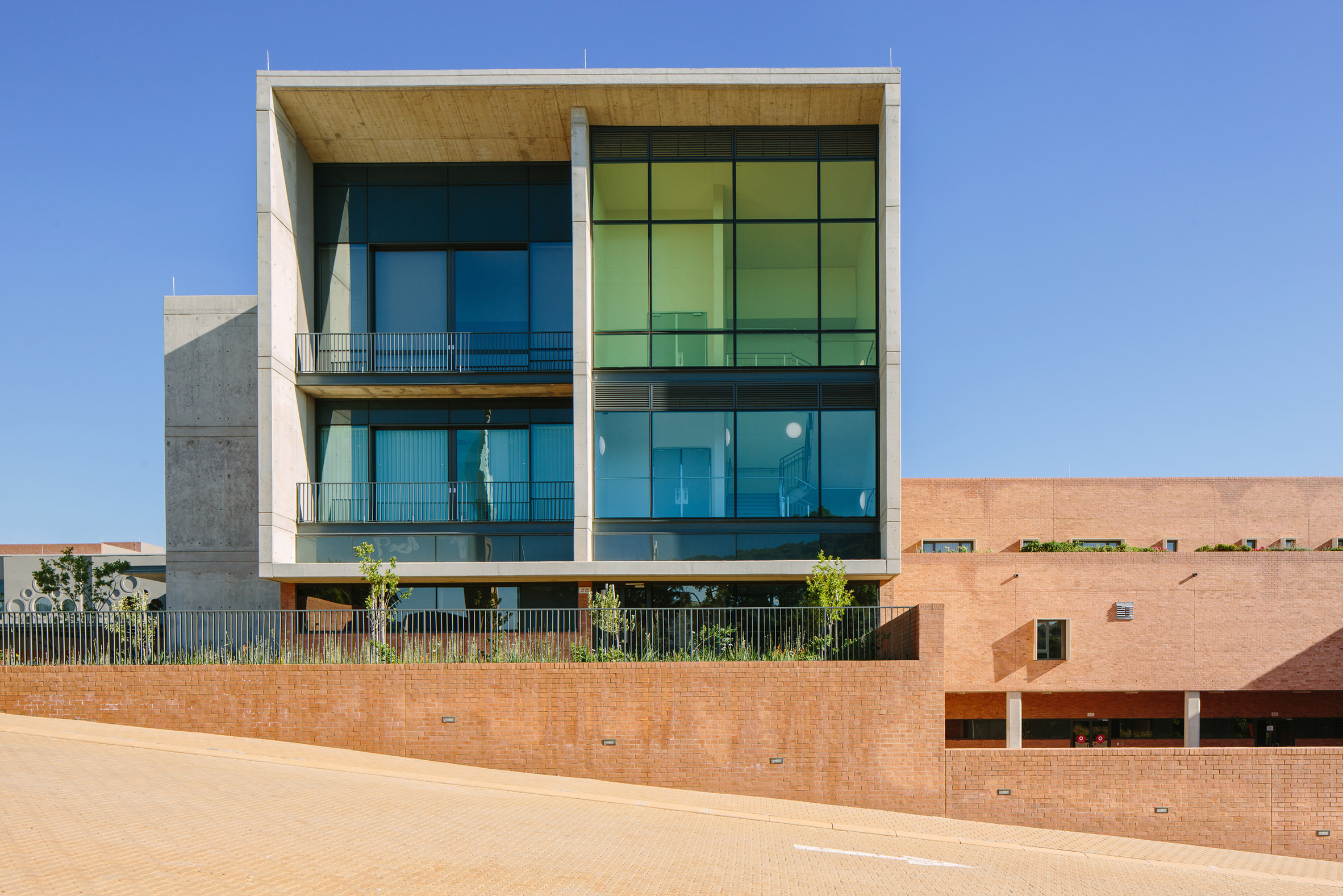 The building is centrally located within the University of the Witwatersrand‘s education campus in the Parktown neighbourhood, enabling it to provide the region’s children with a wide range of treatments. Facilities for surgery are also included, and the hospital is able to support paediatric research and training.

The building’s design avoids grouping all of the departments together in a single box, and instead divides the floorplan into six wings housing various specialties that each offer a sense of connection with the outdoors. 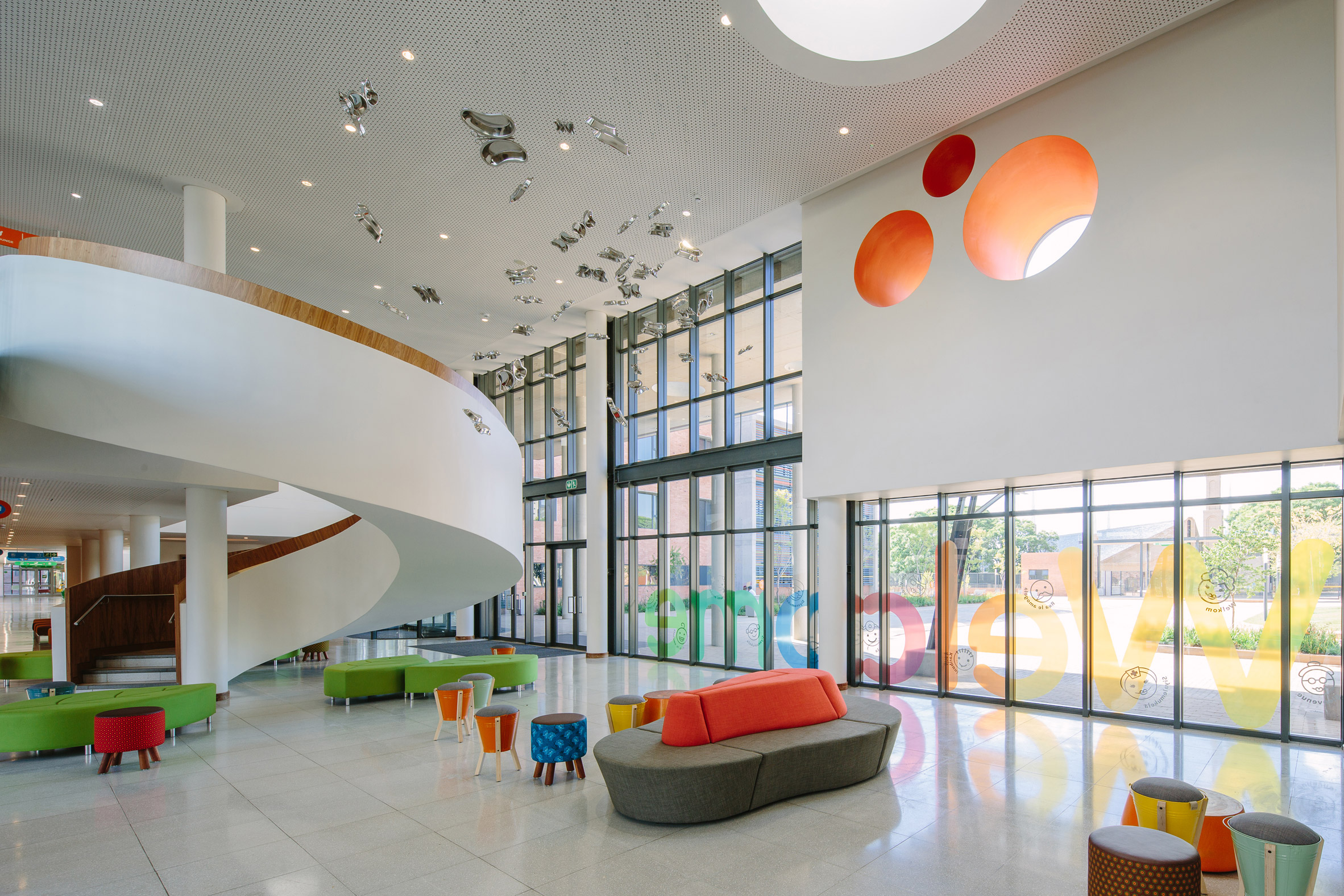 “A key element of the brief was to construct a hospital that provides high-quality child healthcare in a natural healing environment,” said Sheppard Robson.

“This focus on connecting to nature would go on to shape the design of the project and be a starting point to creating a welcoming, safe environment for both children and parents.” A central circulation spine extends along the length of the building, connecting with three junctions that branch off on either side to provide efficient access to the six wings, which are arranged over two floors.

“By breaking down the mass of the building into six elements, the design has a domestic, human scale that is reassuring and familiar to children,” added the studio, which has previously designed a university science facility in England featuring a wavy aluminium wall. 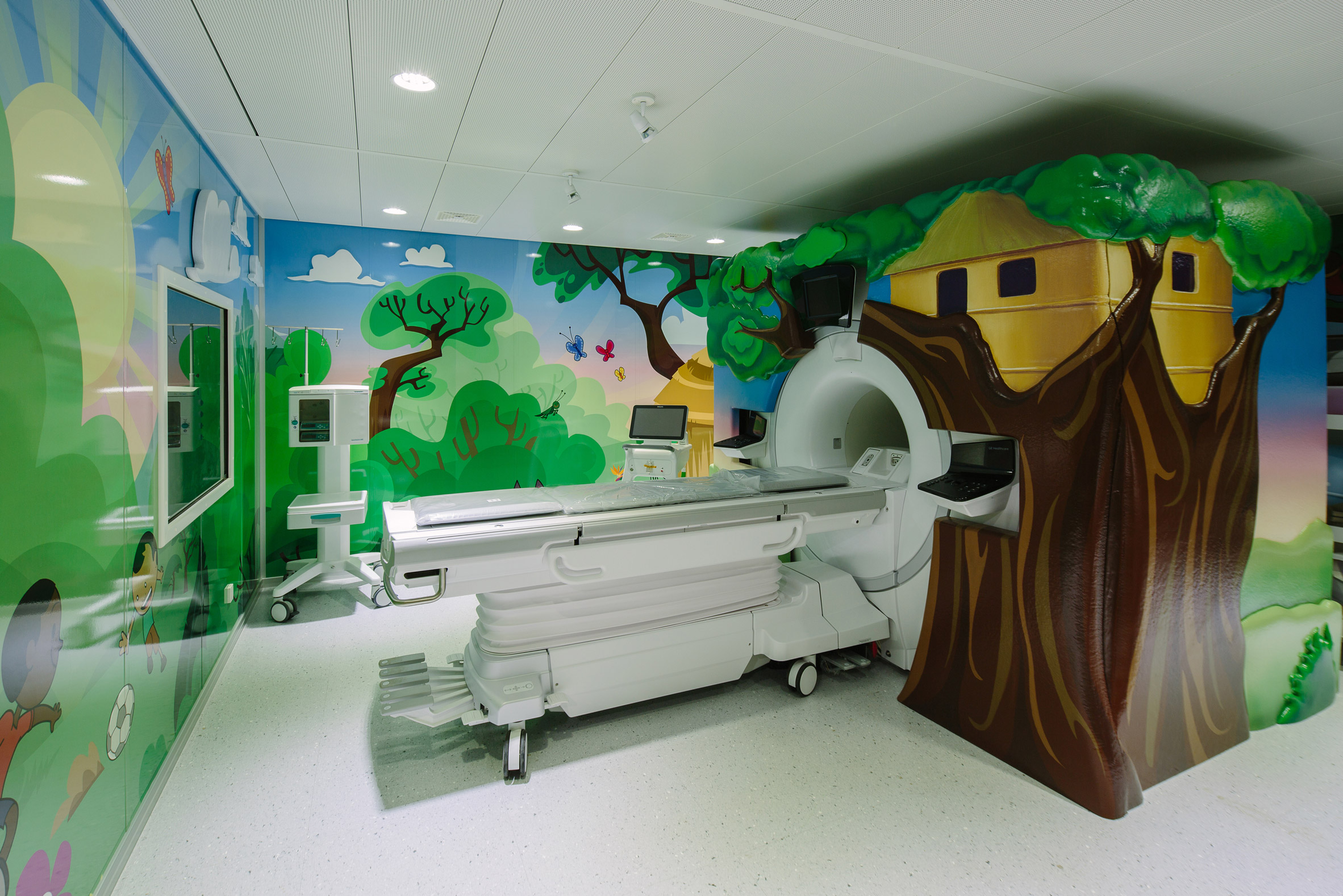 The hospital’s compartmentalised configuration increases the length of its perimeter, which increases the amount of space available for windows.

Internal courtyards between the wings enable additional contact with the outdoors, ensuring that natural light reaches the treatment areas. The wards are positioned on the second floors to maximise views of the surroundings. 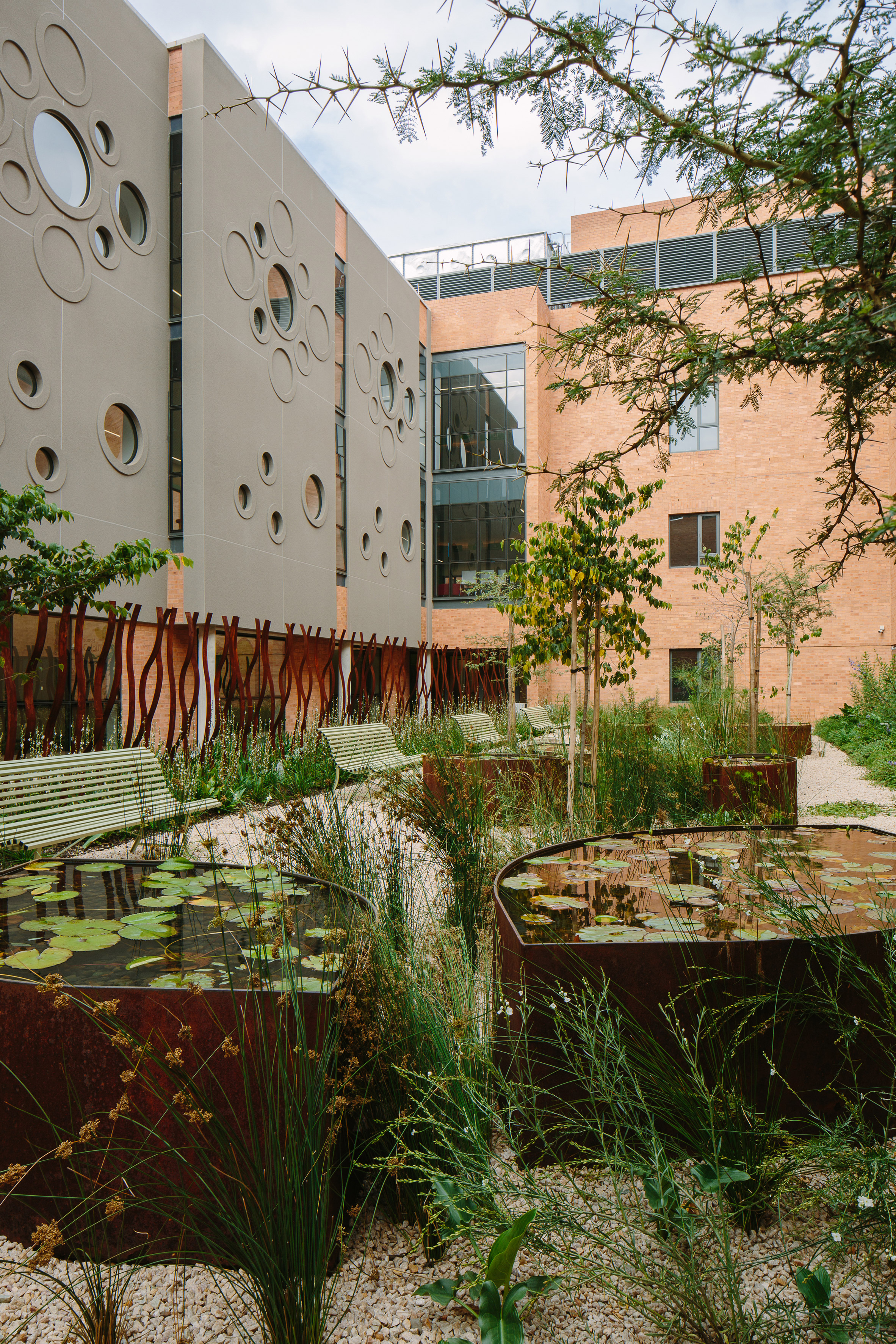 The hospital’s exterior is predominantly clad in orange brick that references the region’s red-clay soil. Concrete frames jutting out from each wing angle upwards to form peaks that lend the facades a more distinctive and animated aesthetic. 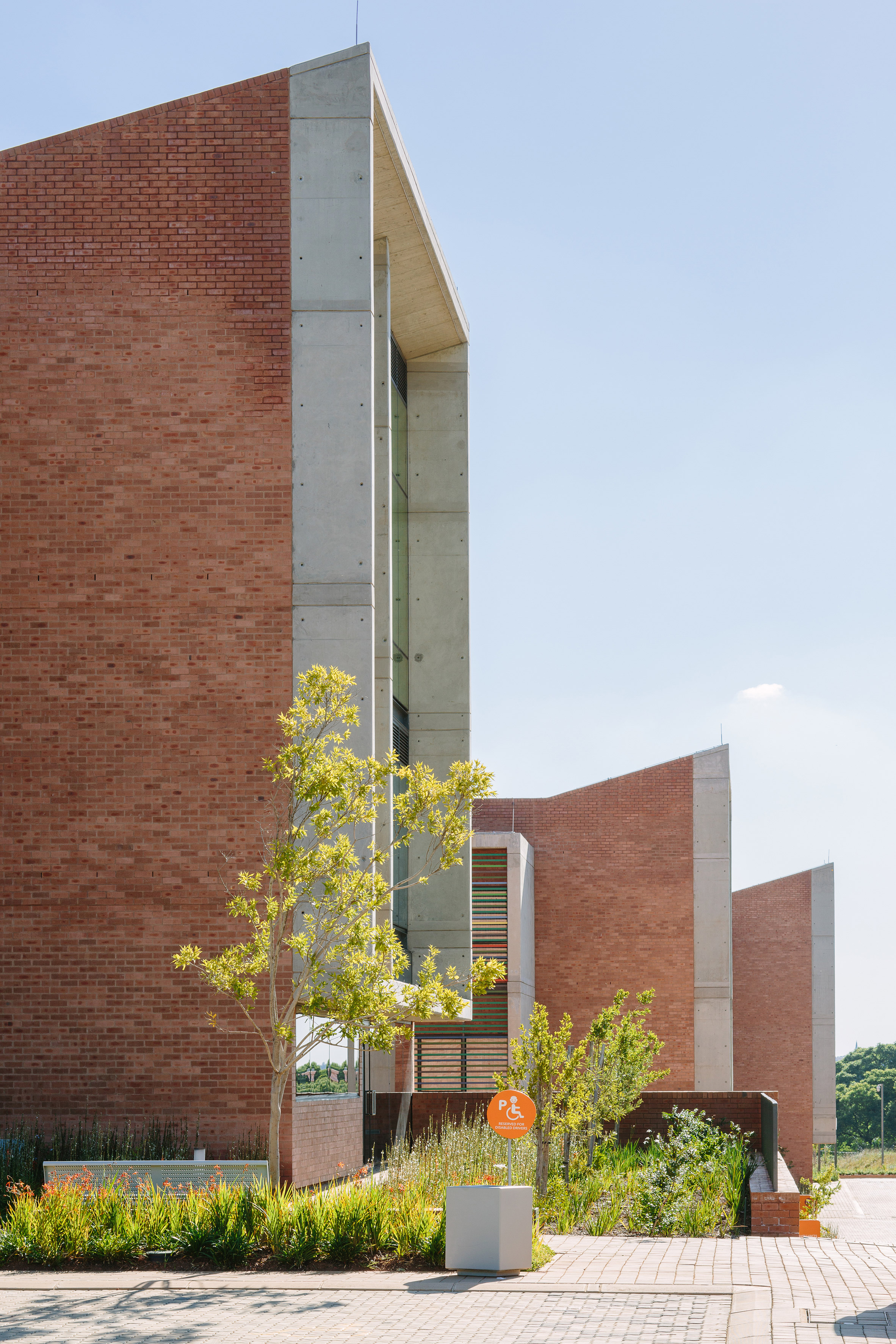 Other concrete elements frame windows that are shielded behind horizontal screens. These solar shades are treated in bright colours that help to lend the different departments a distinct personality. 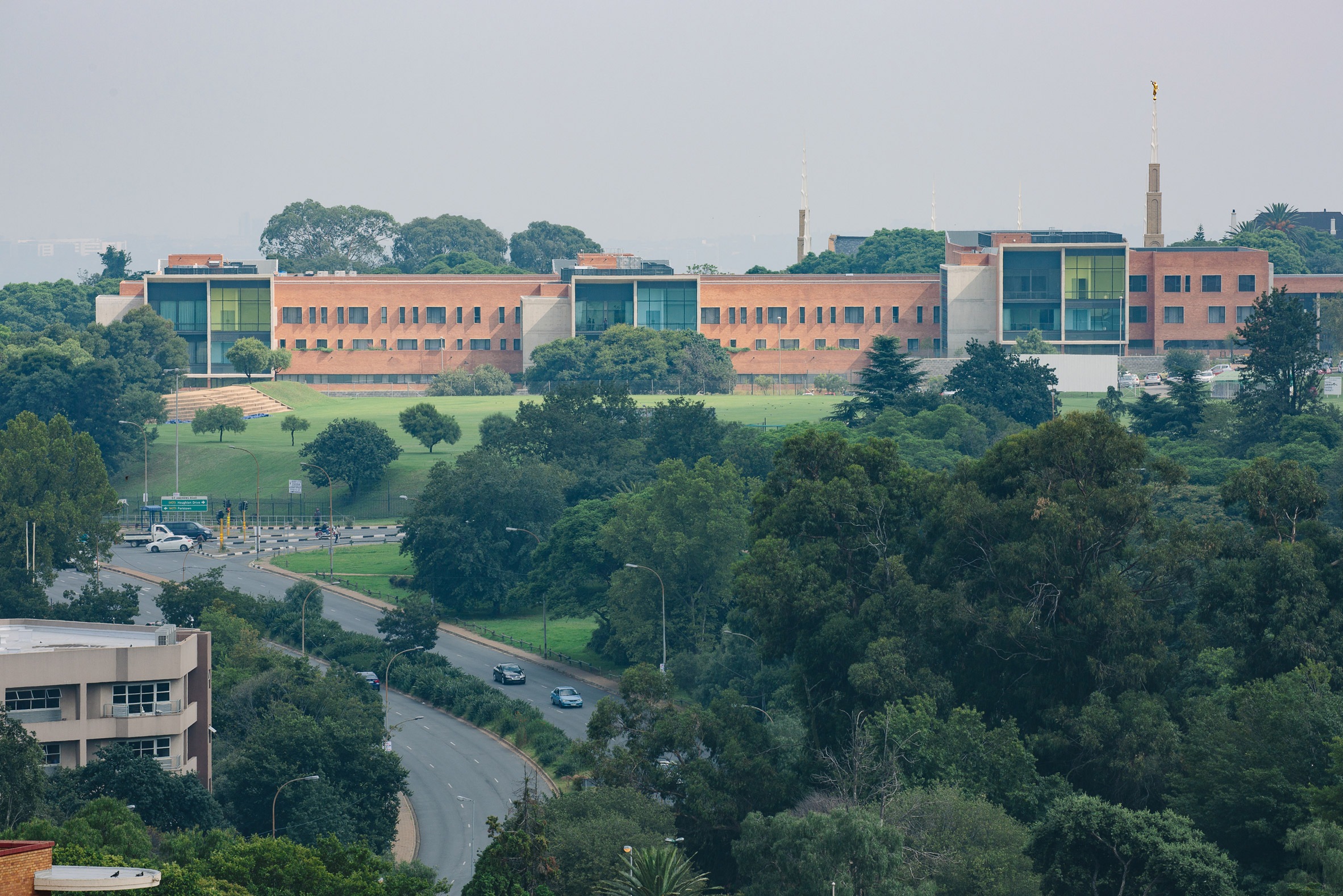 “The design creates a close connection between nature and the healing process, with the architectural language of the project a beacon that shines out over the city from its prominent location,” said the project team.

Construction was completed in December 2016. The hospital has since been recruiting staff and establishing operational and clinical protocols ahead of receiving its first patients next month.