Ministry of Sound has teamed up with architecture studio Squire and Partners to create a co-working space and private members lounge in southeast London, just around the corner from the infamous nightclub’s home.

Designed to offer the “antithesis to a nightclub environment”, The Ministry is a social enterprise geared towards the creative industries. 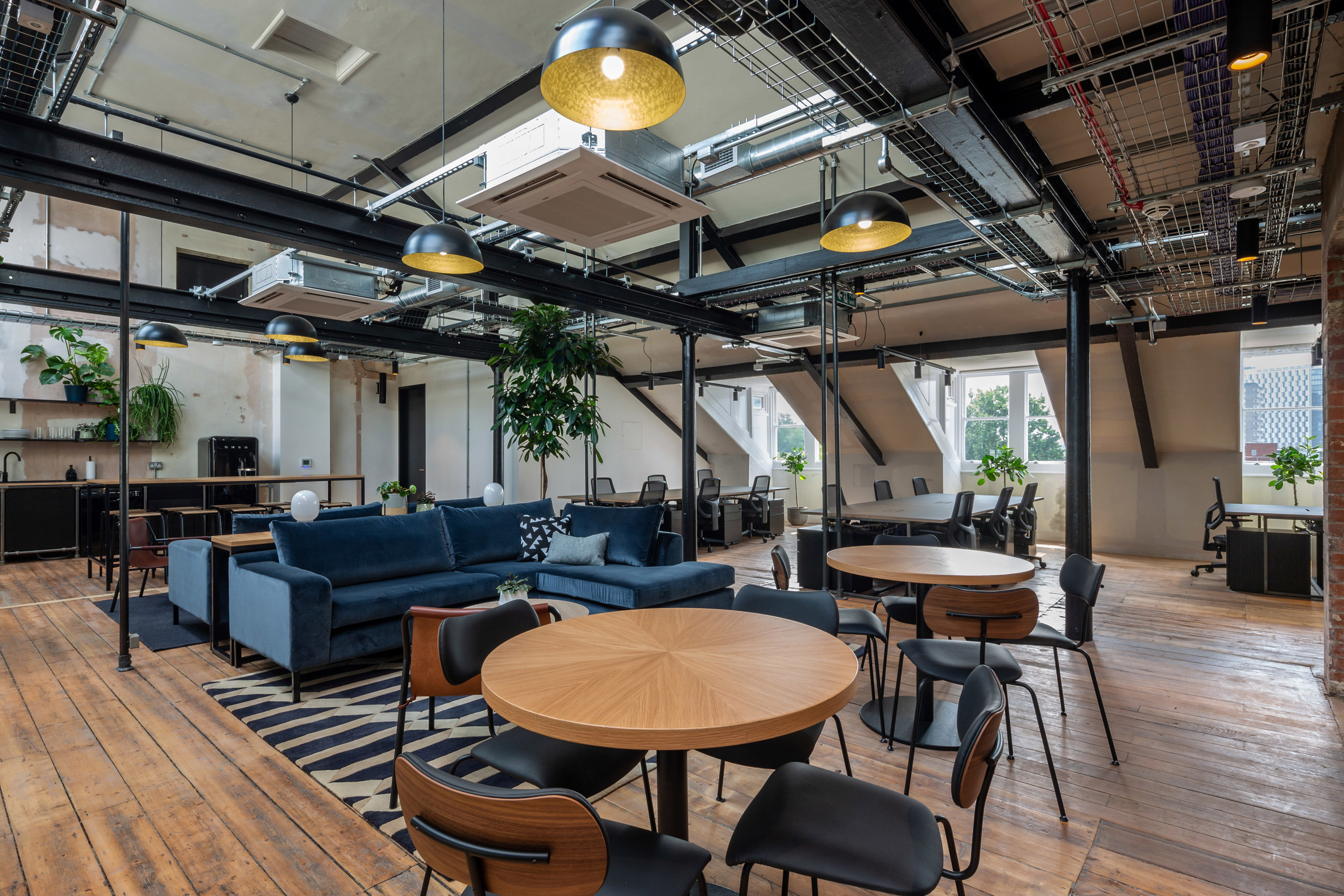 It offers a variety of work and lounge spaces, able to accommodate up to 850 people at a time. These are designed to change in ambience from day to night.

“The aim was not just to offer a place to do business, but to provide an environment for a convivial and creative way of life,” explained Squire and Partners. 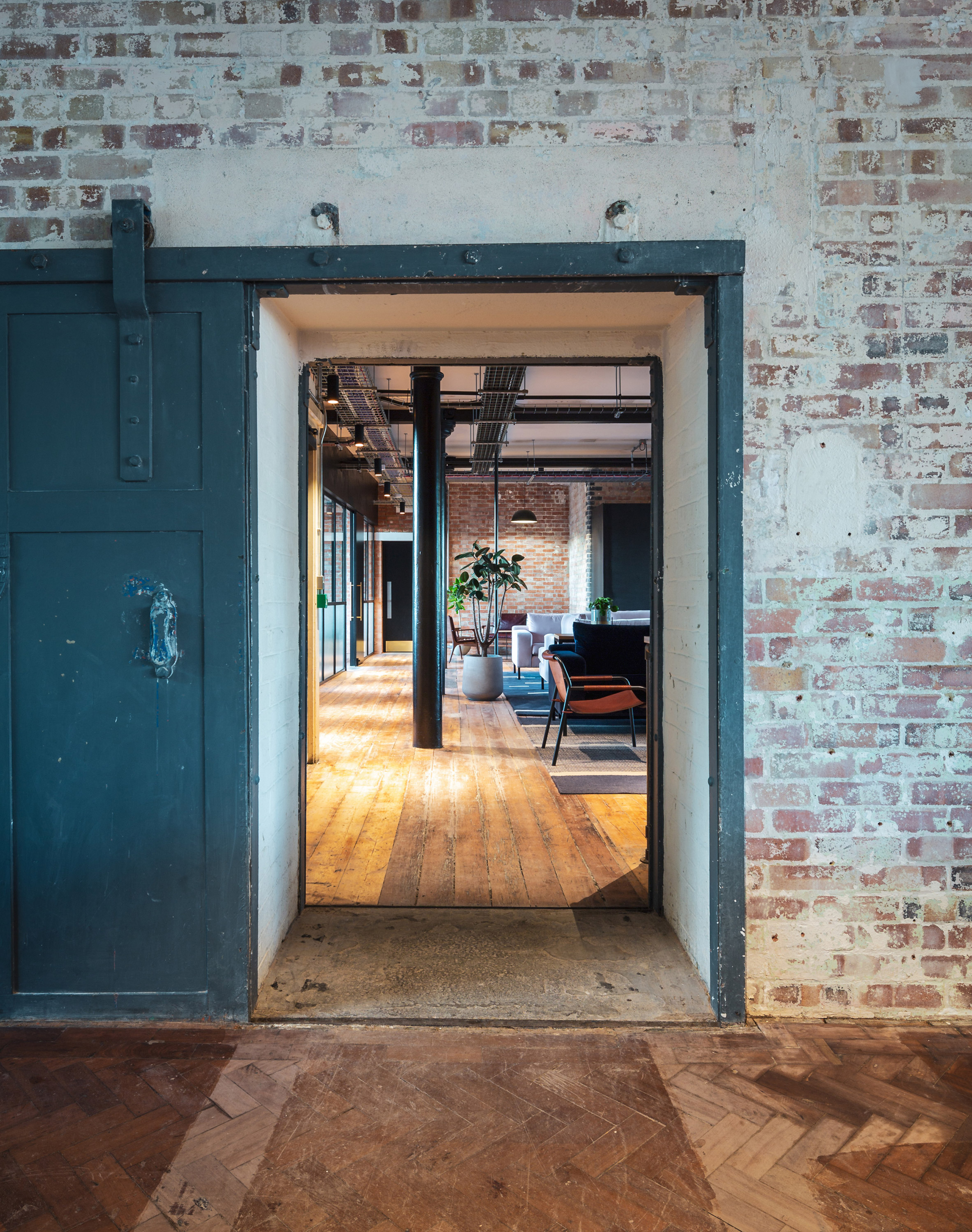 The Southwark building was originally erected in the 1860s as a printing factory. The idea was to take an understated approach to its renovation, giving it a raw aesthetic in the same spirit as the 27-year-old clubbing institution.

Original timber floors and brick walls were left exposed, while exposed steelwork was freshened up with a coat of black paint. Squire and Partners partner Tim Gledstone chose to only make a few major changes. 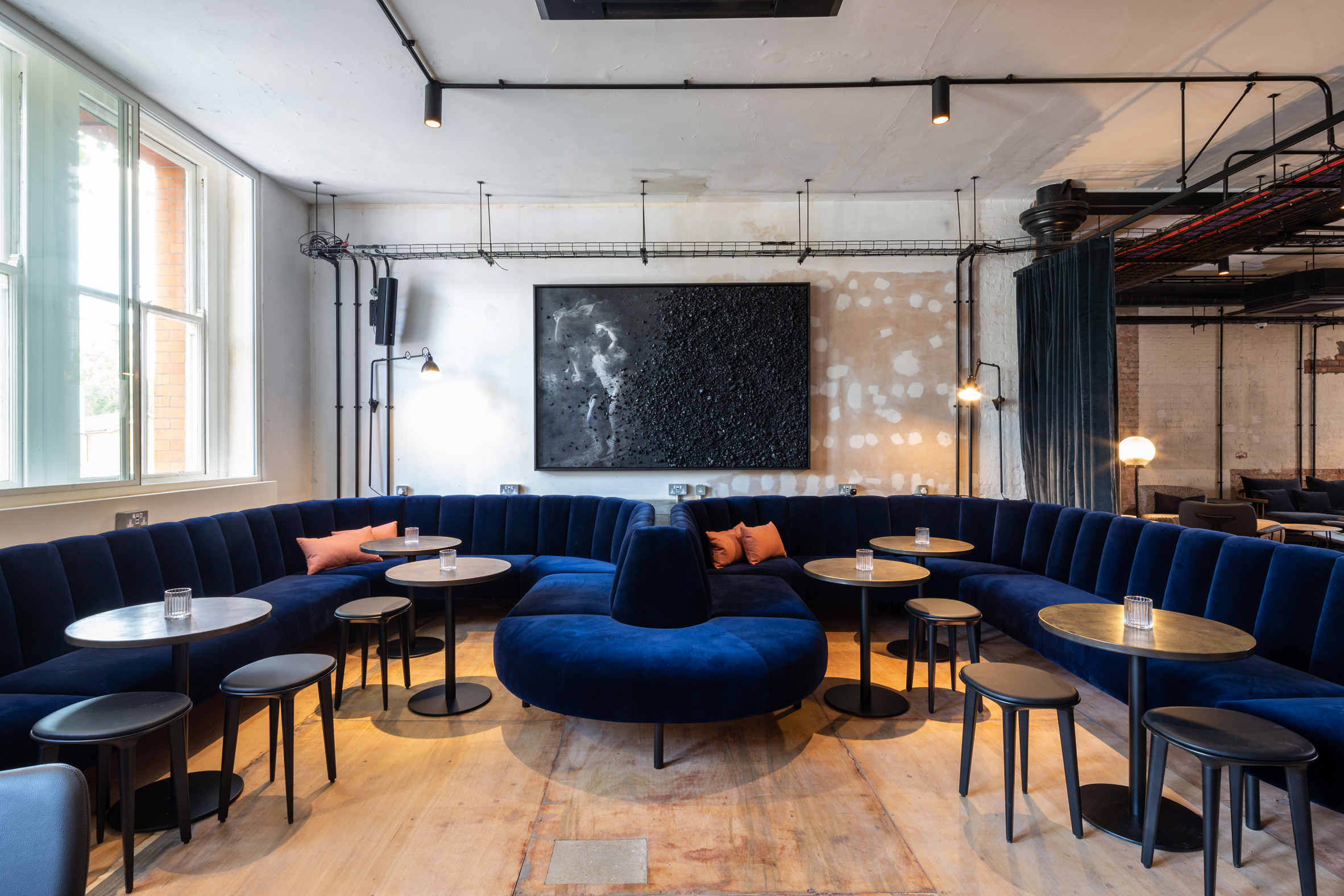 “Squire and Partners’ response was instinctive and bold,” explained James Palumbo, co-founder of Ministry of Sound.

“Tim Gledstone walked into the building with a sketchbook and pencil, and while drawing said: ‘put a 70-foot bar across the room, punch a hole to create an outside terrace, strip the whole space back to its raw state’. The basic design concept was done in two minutes.” 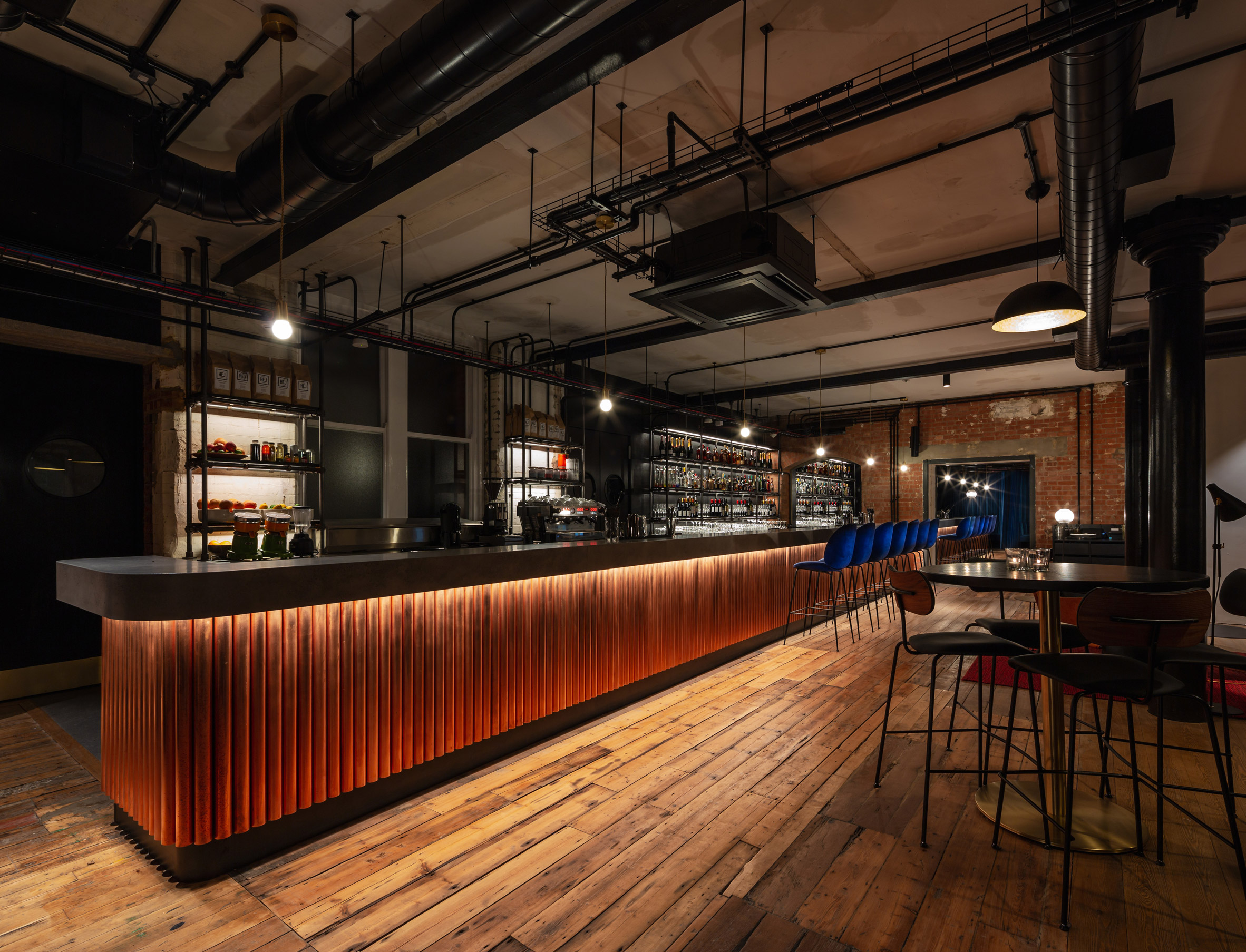 The 22-metre-long fluted bar counter, crafted from copper pipes, is the focal point of the adjacent private lounge, which leads out to the courtyard decked out with potted plants and a fire pit. 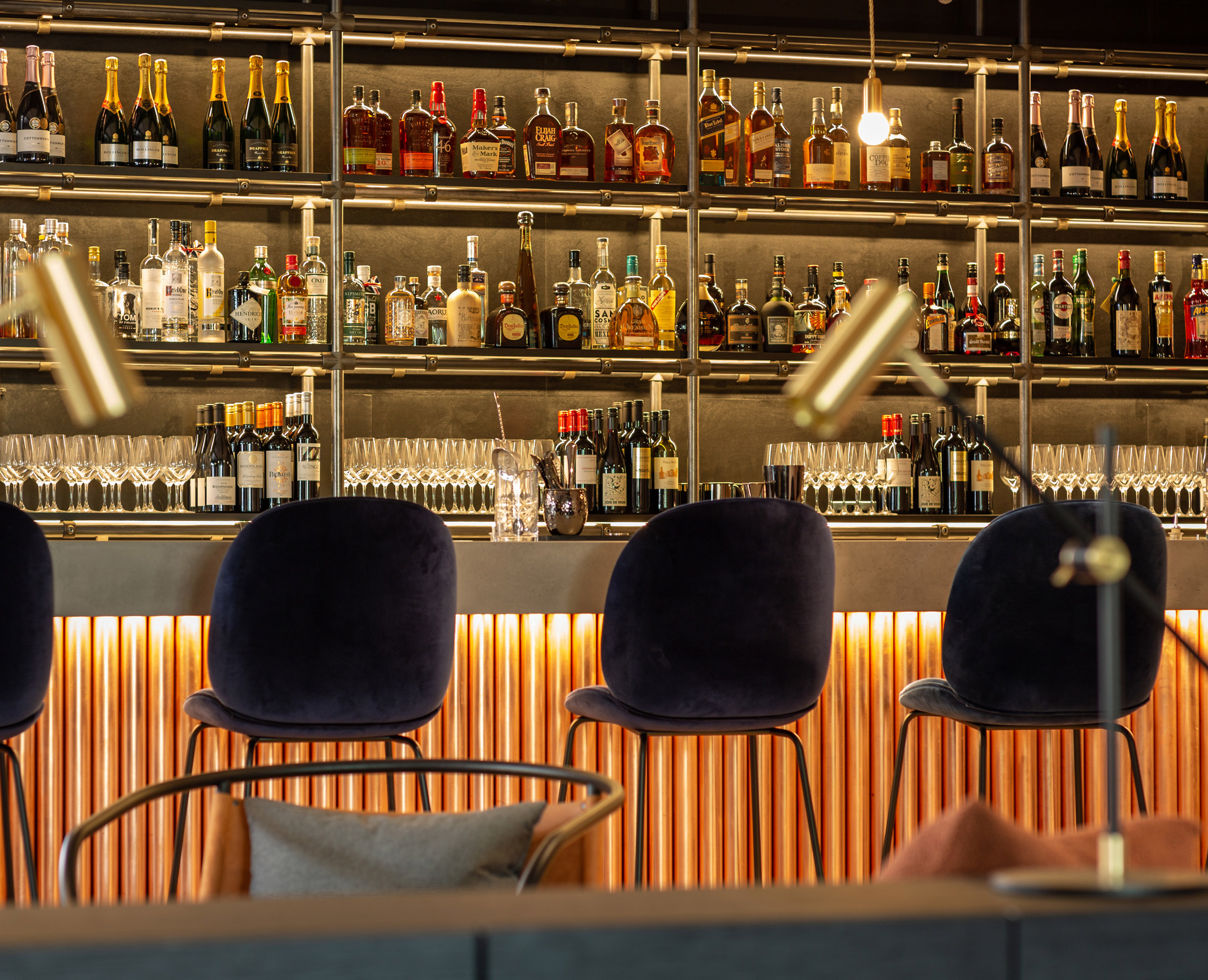 Floors one through to four are dedicated to office space, where guests can choose to work at open desks or more private zones obscured behind frosted glass partition walls.

Excluding a handful of contemporary artworks and oversized patterned rugs, decor and branding is kept to a minimum, to allow occupants “breathing room for their own businesses, without feeling subservient to the history or heritage”. 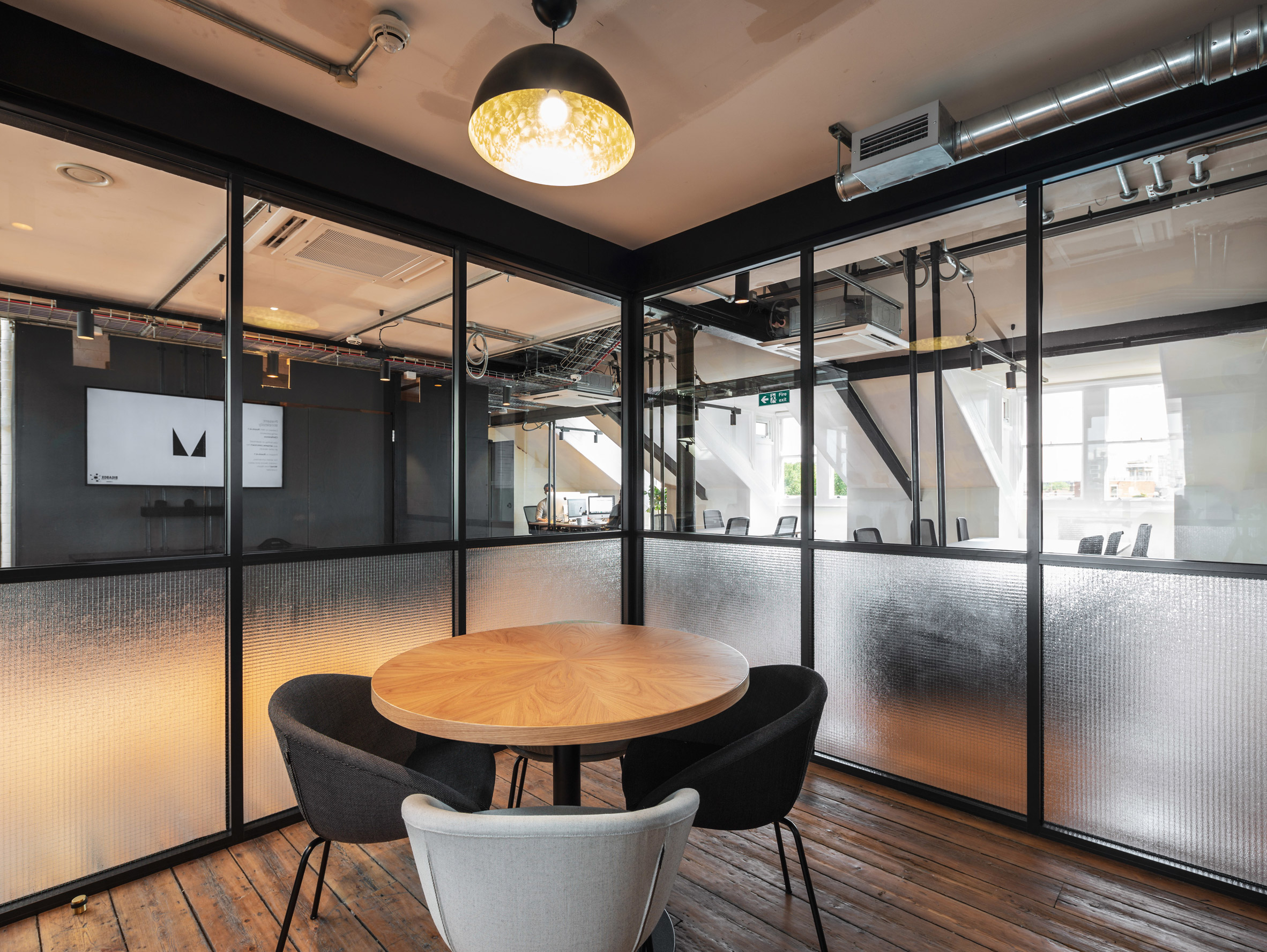 At basement level is a virtual-reality studio, as well as a number of sound-proofed production and screening rooms.

Designer Karolina Merska has also created a series of colourful Pajaki – traditional Polish hanging sculptures – which are suspended over the communal areas. 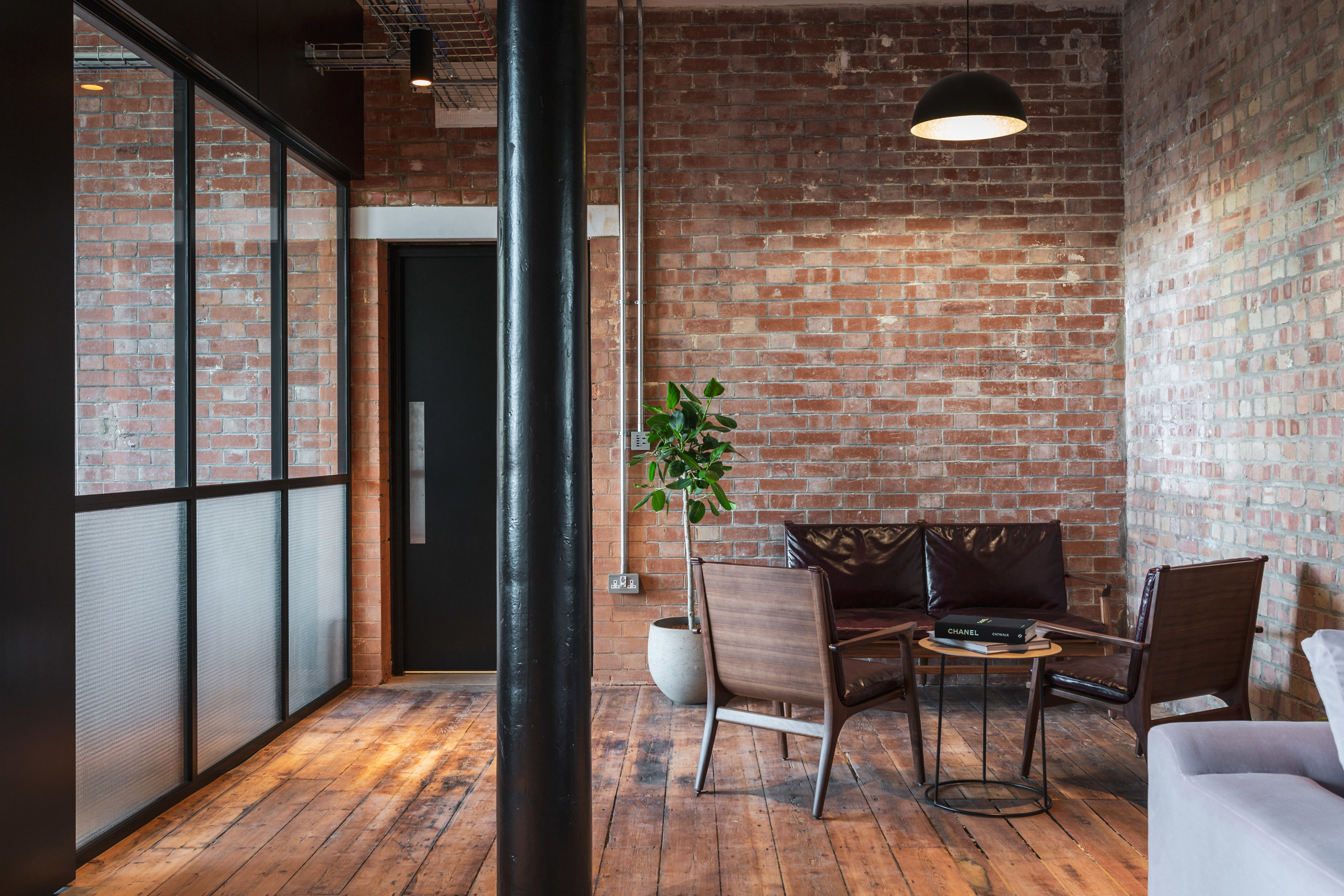 Ministry of Sound first opened in 1991 and went on to become of the world’s best-known and most successful nightclubs. It has been in the same Southwark building for 27 years, despite threats of closure, and is now a secure fixture in the neighbourhood.

It first revealed designs for The Ministry earlier this year. Its choice to work with Squire & Partners made sense – the firm also recently transformed an old department store in Brixton into its own office.

“Squire and Partners and Ministry of Sound share a desire to take risks and be creatively rebellious,” said Tim Gledstone. 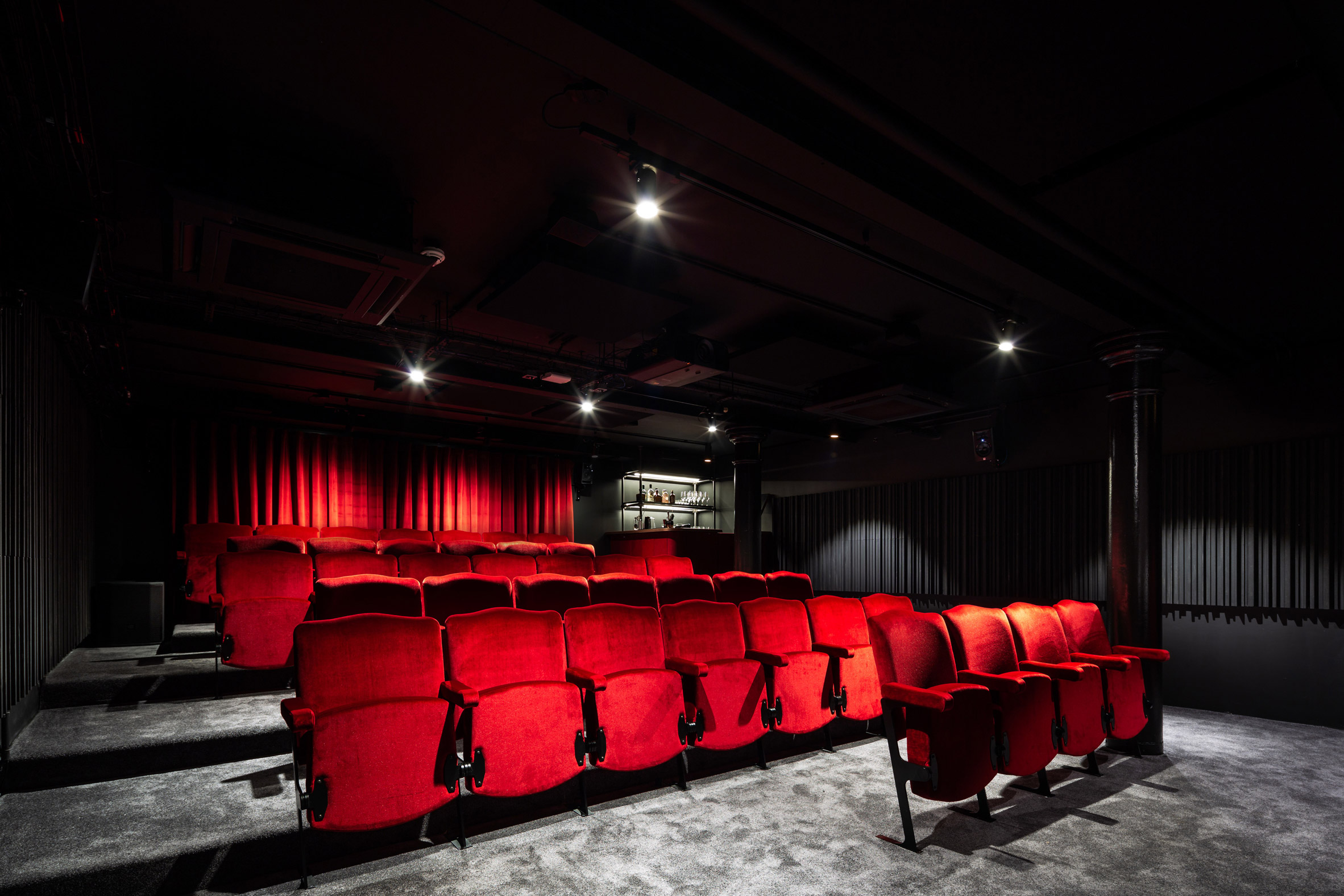 “Our collaboration has resulted in a concept which engages all the senses, and is designed to adapt and change throughout the day and week, as well as seasonally. We’re excited to see the innovations which are generated by this dynamic environment and its inhabitants.”

Old buildings are proving to be a popular choice for hosting co-working spaces – Kogaa recently converted a crumbling Czech distillery into shared offices, while Teatum + Teatum adapted an 18th-century iron foundry in Sheffield into workspace for local businesses.

Photography is by James Jones.