Slanted panels of precast concrete are positioned to catch the dawn and dusk sunlight that falls on the facades of this archival facility near the Australian capital, Canberra. 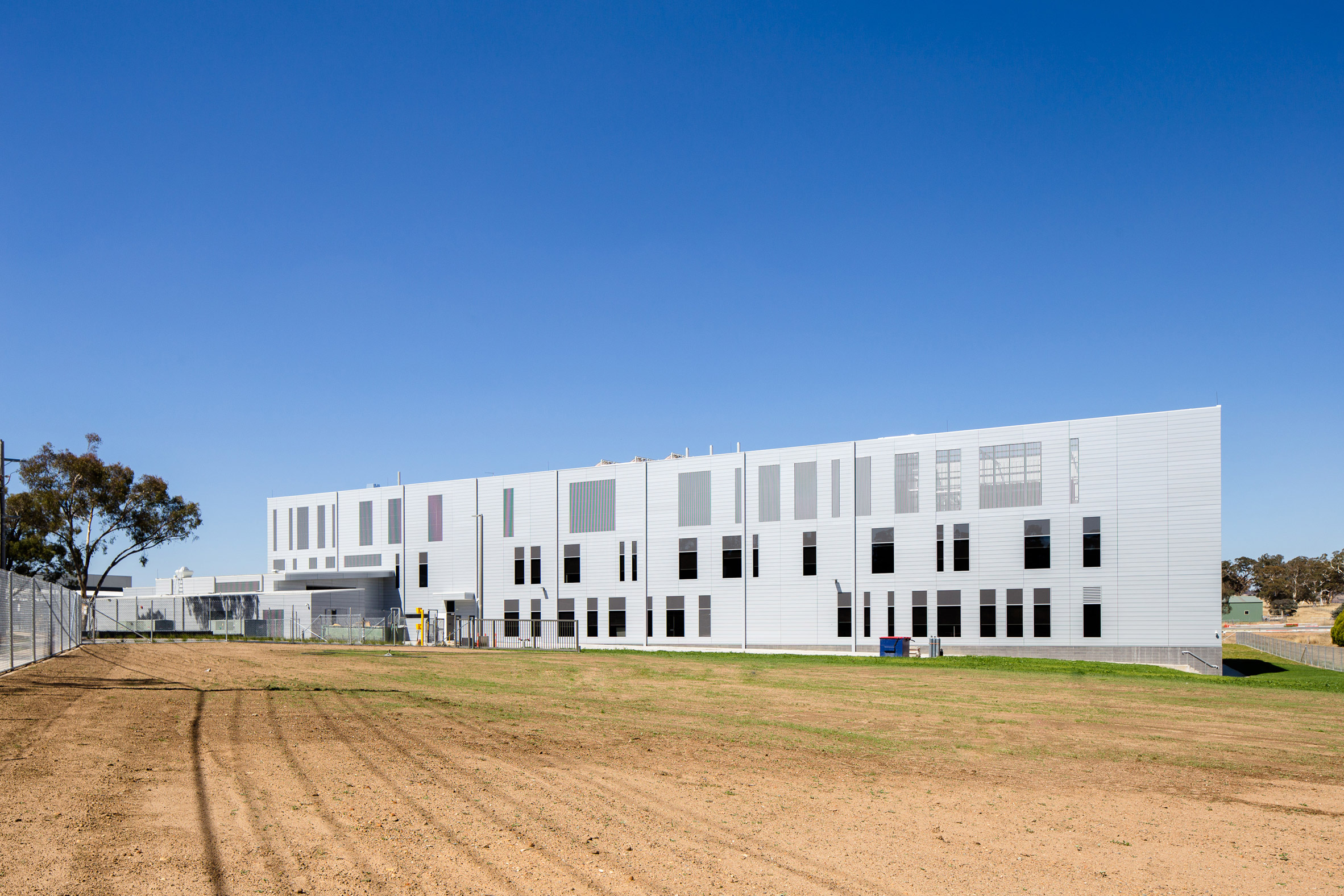 Local studio May + Russell designed the National Archives Preservation Facility to house over 15 million of Australia’s paper and audiovisual records, as well as a digital archive that will support future expansion.

When considering an appropriate form and scale for the building, the architects took cues from its location in an industrial park, and from the recognised format of storage and archival buildings. 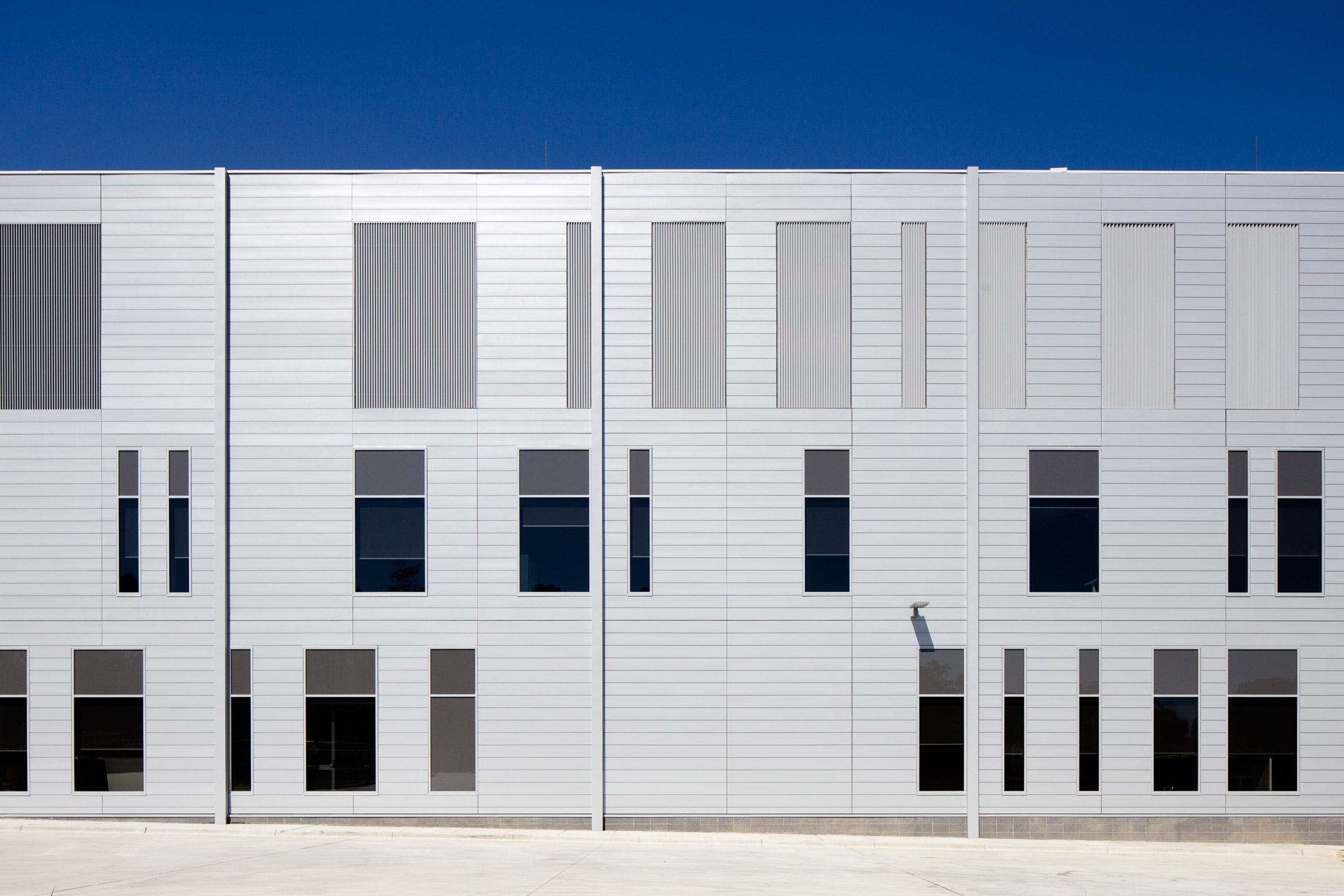 In addition, May + Russell sought to introduce references to the passage of time by accentuating the effects of sunlight on the facades throughout the day. 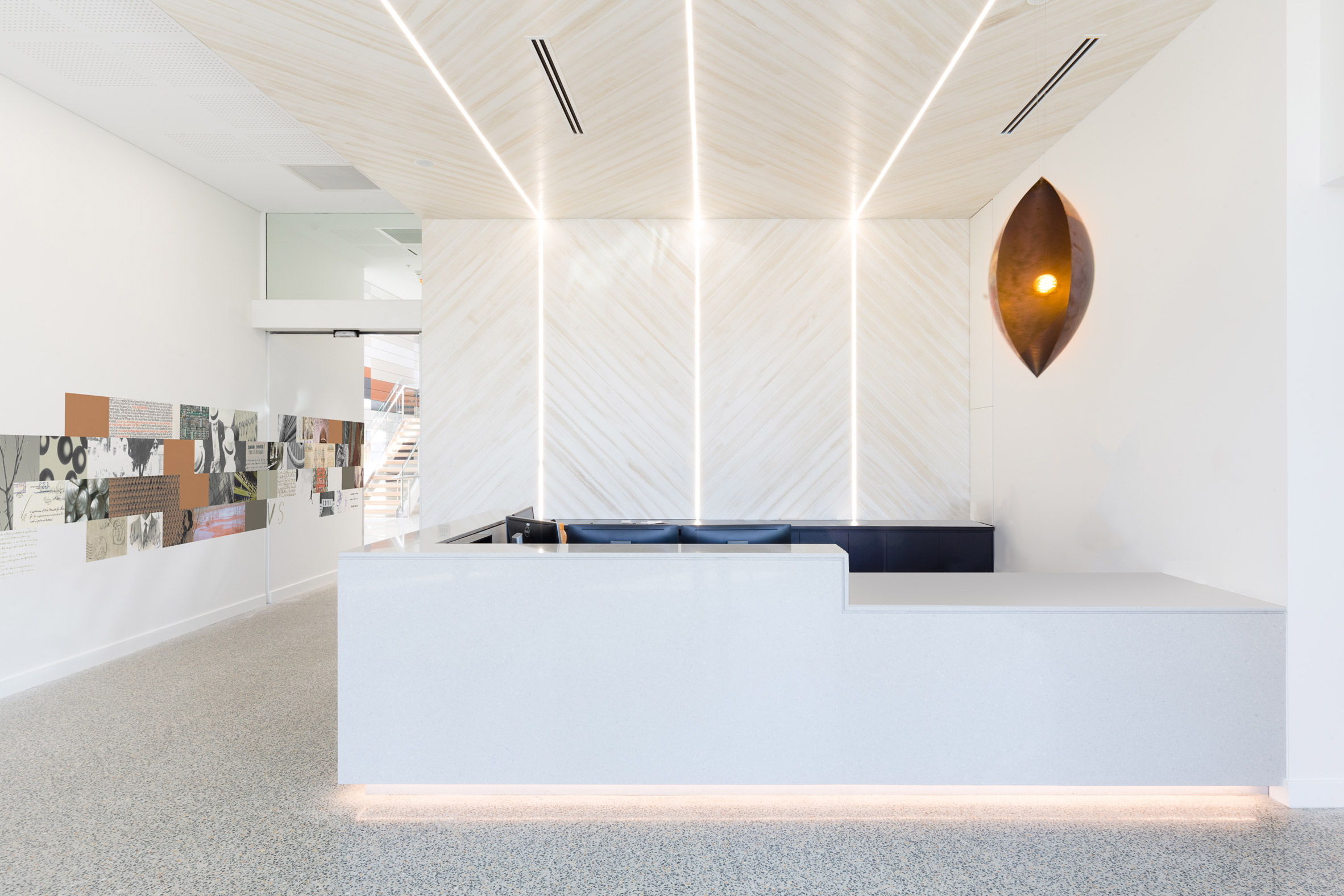 “The architectural dialogue of the design is to express its function as the symbolic keeper of the nation’s collective memory, and represent the primary functions of ‘archives’ and a ‘space for archivists’,” said the studio.

The building is situated close to a major road leading out towards the suburb of Gungahlin, and therefore will be seen most often by commuters as they pass by in the morning and evening. 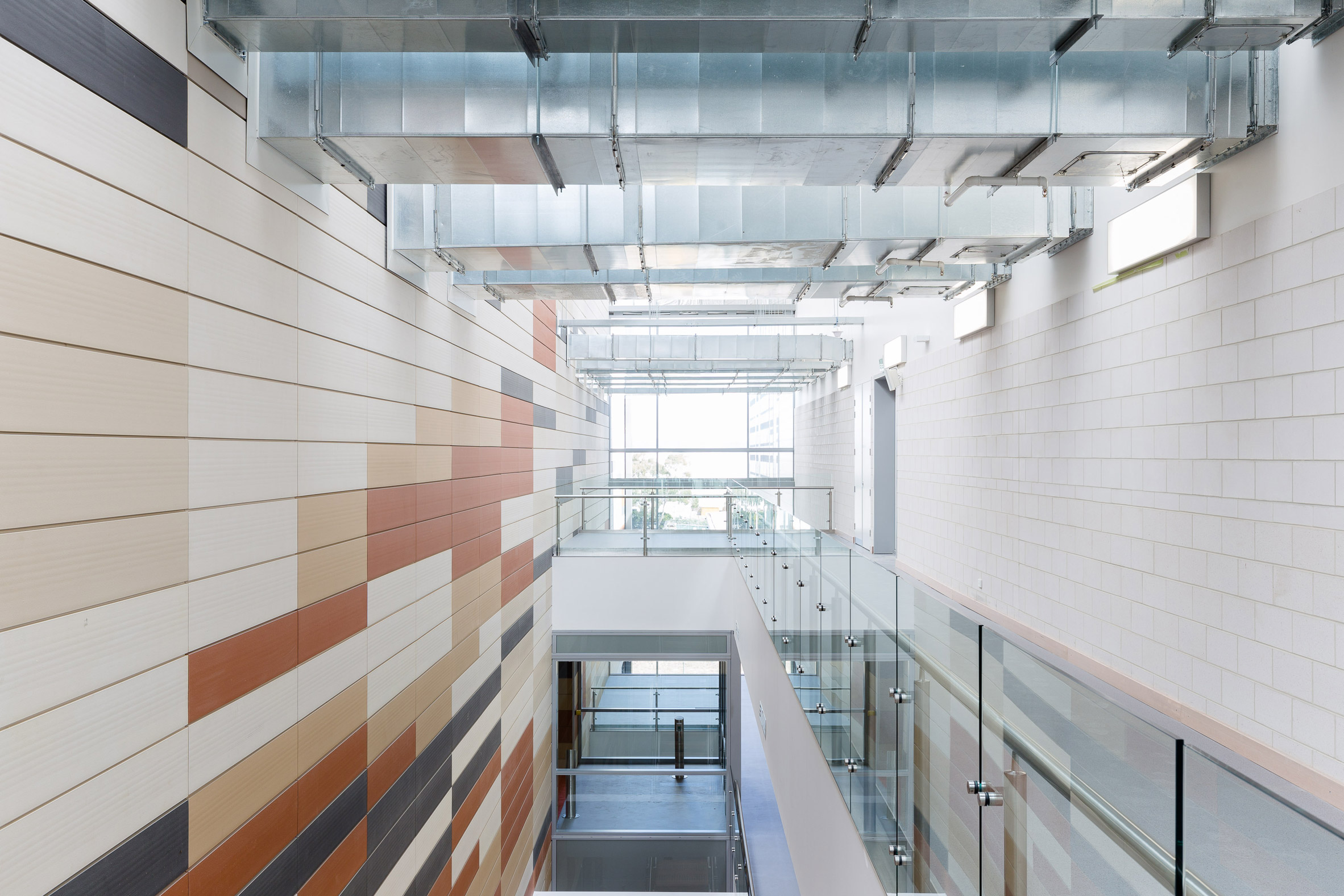 The main facade aligned with the road is clad in precast concrete panels with raised edges, creating a pattern of light and shadow that is particularly prominent at the start and end of the day.

The north- and south-facing edges of the angled panels are coloured in either a pale orange or lilac hue to represent dawn and dusk. 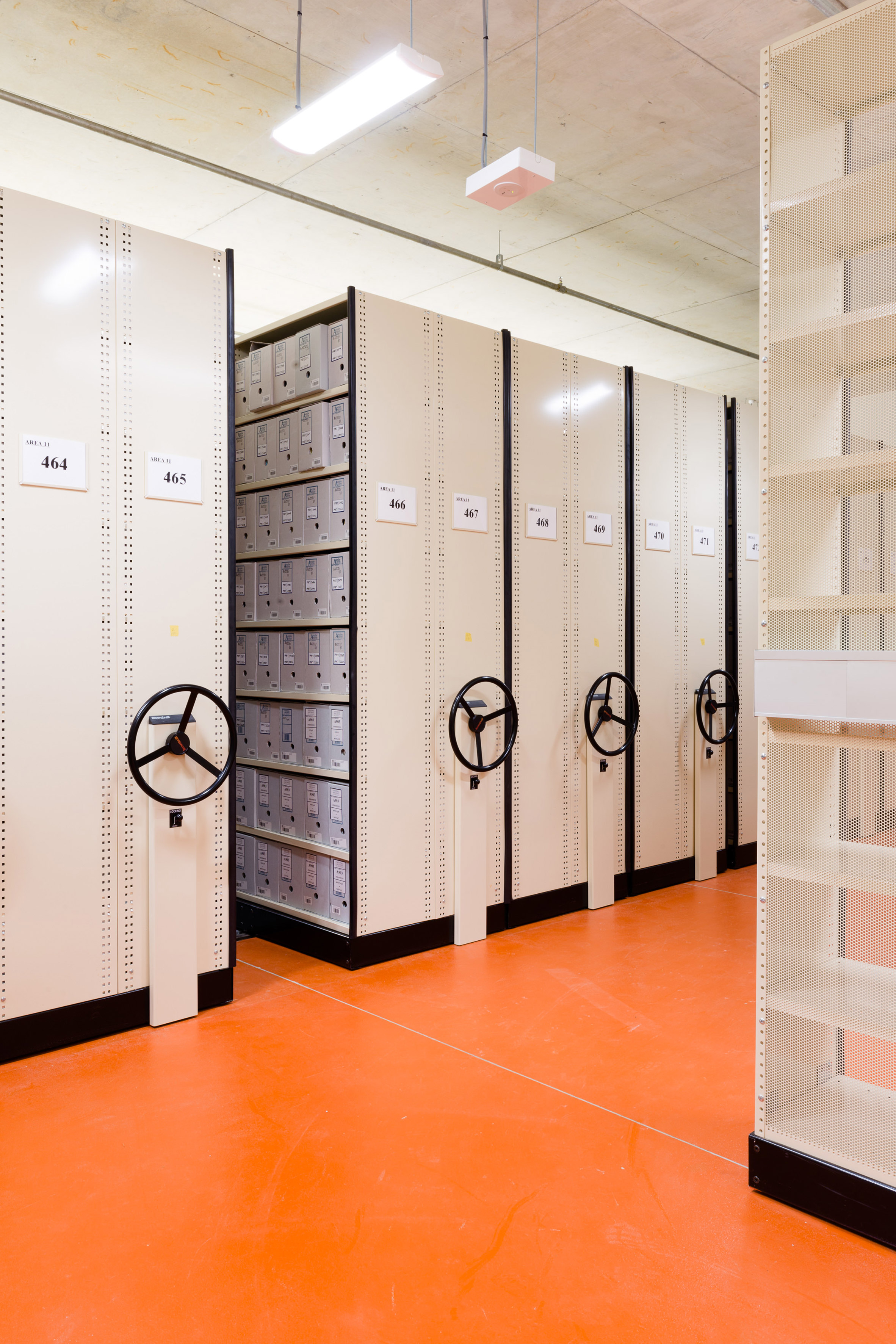 The monolithic form of the archive storage area, with its lack of windows and textured surfaces, was dictated by the need to optimise thermal efficiency and to create a protective, air-tight volume.

“It references our past and the Australian landscape by depicting a weathered and eroded mass, evoking a timeless granite outcrop catching a rising or setting sun,” said the architects. 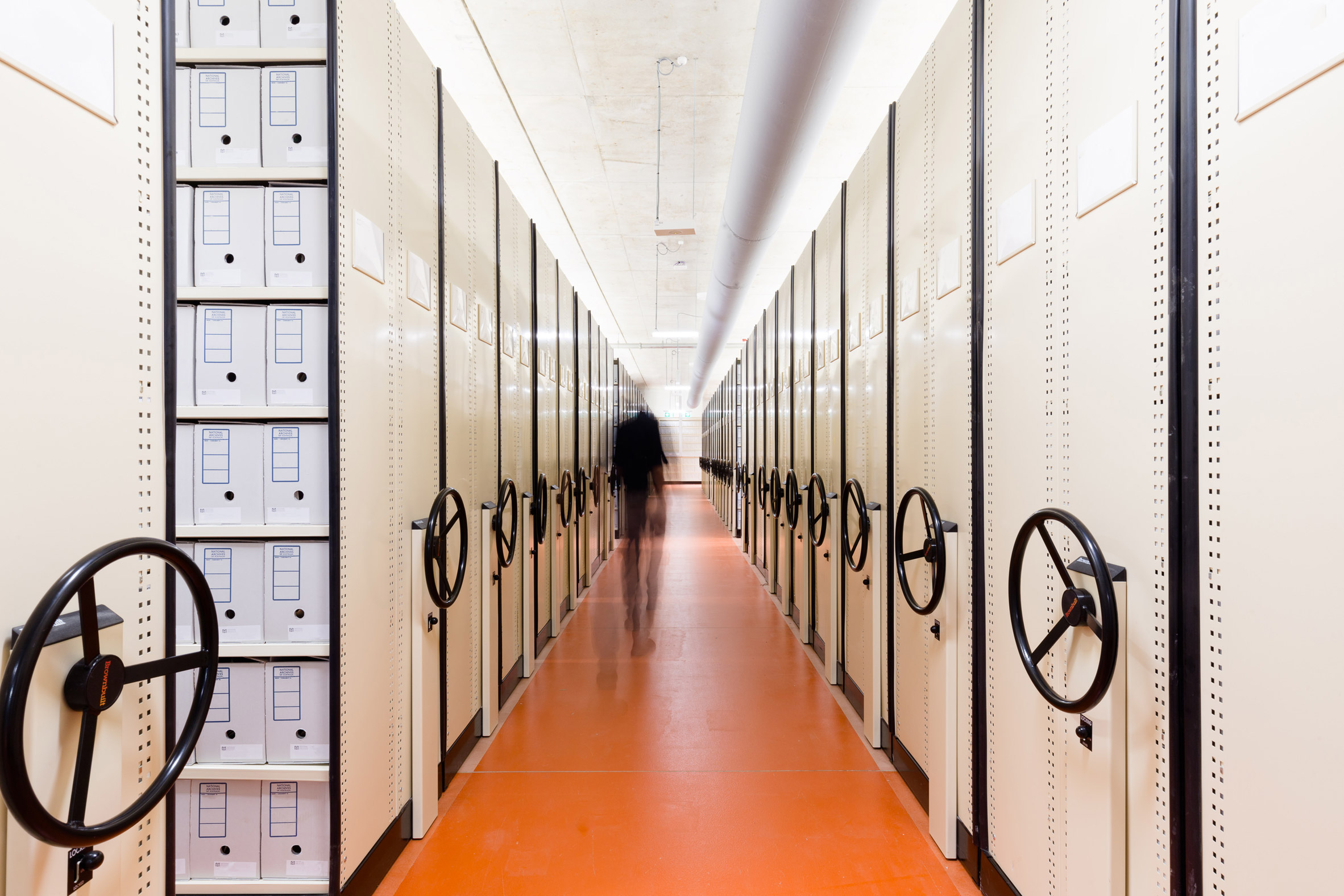 The simple geometric layout of the archive area offers the most efficient arrangement for accommodating rows of mobile shelving systems. Emergency staircases positioned externally at either end of the building are coloured to match the fins on the facade.

The other part of the building used by the archivists and administrative staff features a contrastingly minimal external and internal expression intended to represent the present and future. 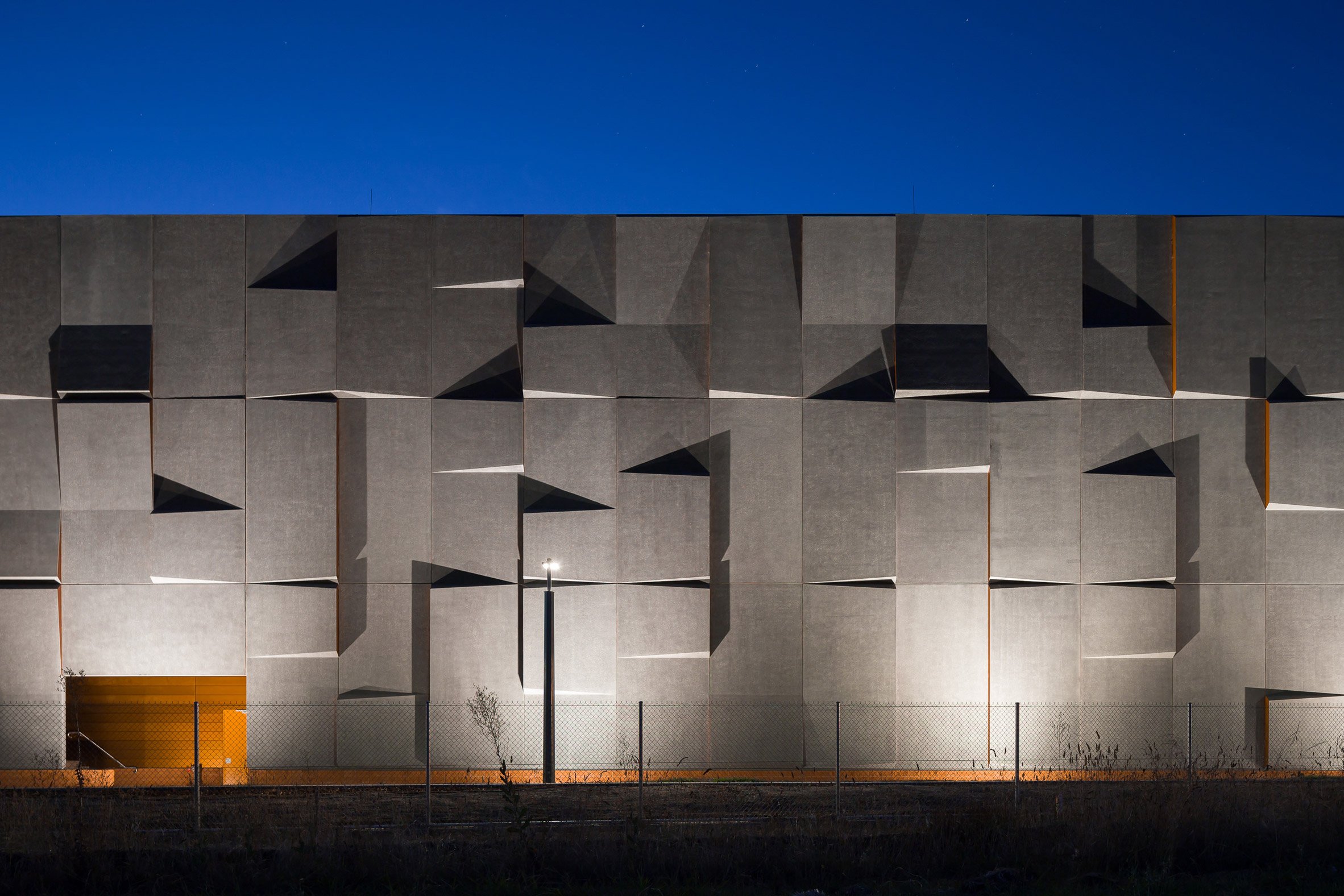 “The lightweight, metal-clad construction is a smooth, machine-like box with regular lines and modular openings,” said May + Russell.

A full-height atrium illuminated by skylights connects the two distinct areas. This space is lined with clay panels in earthy tones that change along the 100-metre length of the space to reinforce the notion of time passing. 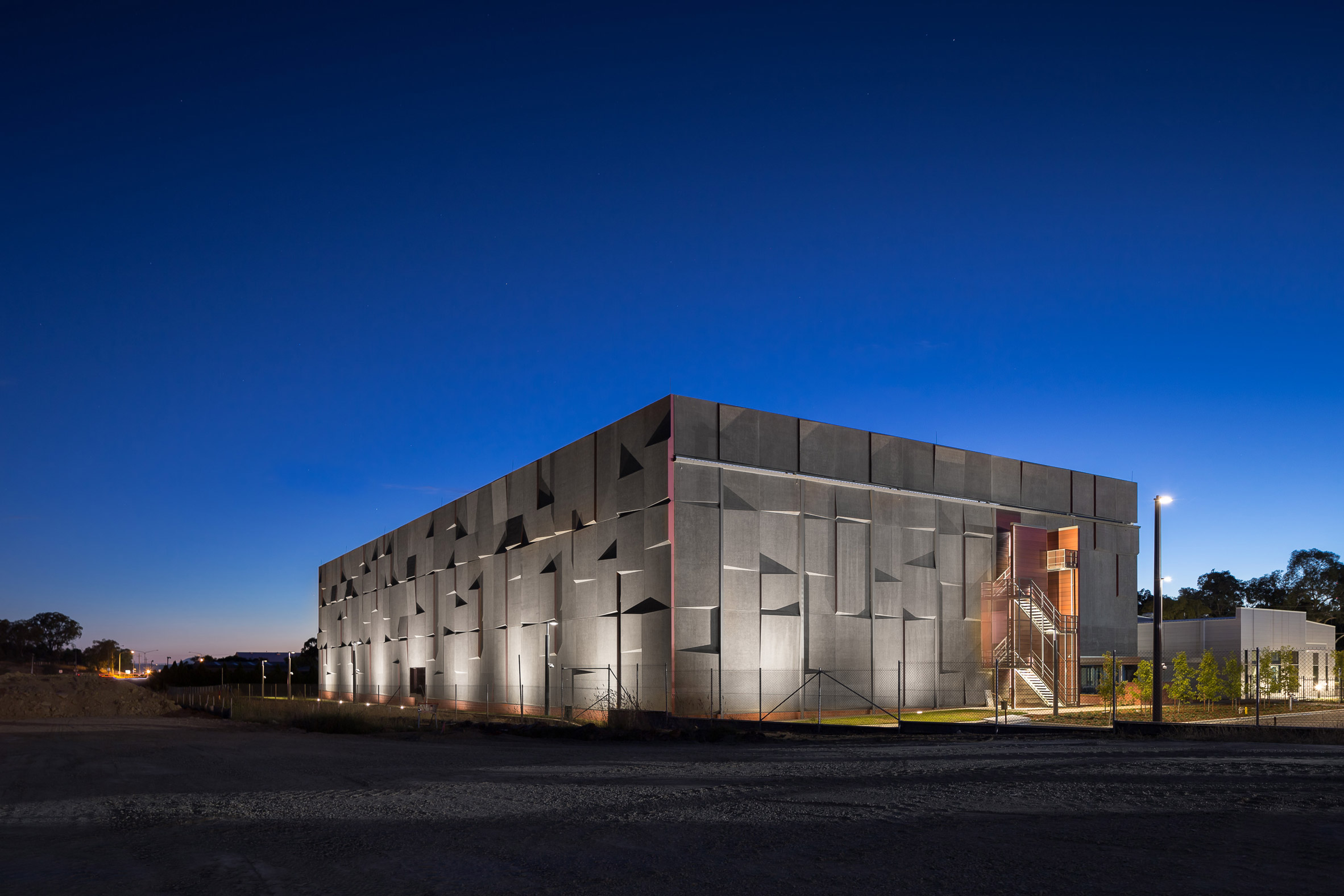 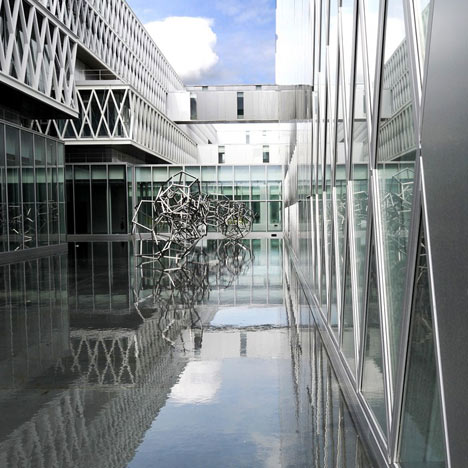 New National Archives of France by Massimiliano and Doriana Fuksas

The bright, communal area contains the main circulation and is intended as meeting place for the archivists that expresses the building’s key theme of the connection between past, present and future.

Photography is by Kiernan May.