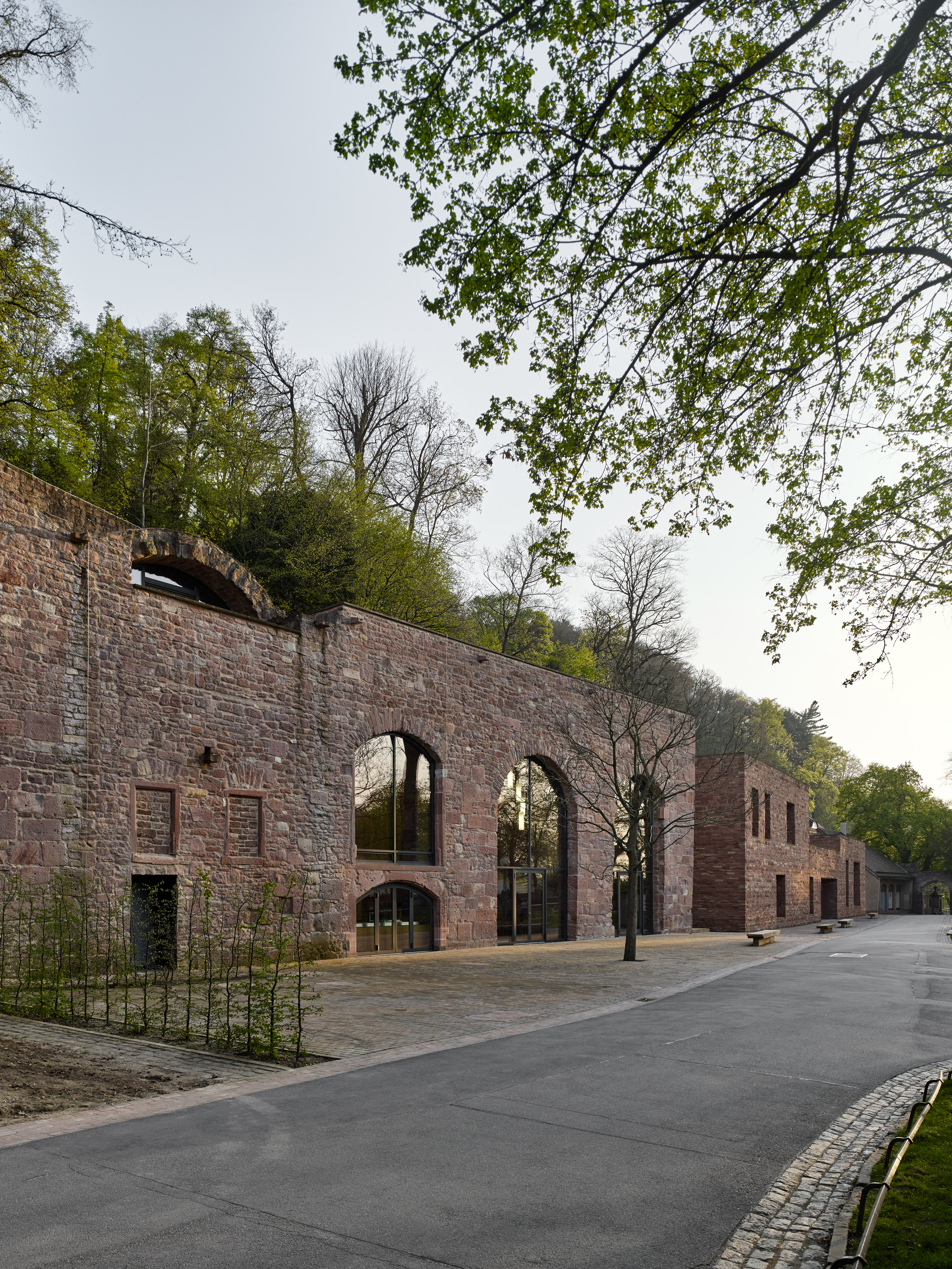 The Sattelkammer building is located close to the entrance of the ruined Renaissance castle in southwest Germany, and adjacent to a visitor centre with two-metre-deep stone walls that Dudler completed in 2012.

The architect is responsible for masterplanning the restoration and construction of a cluster of buildings flanking the path that leads into the castle, including the visitor centre and a gardener’s lodge. 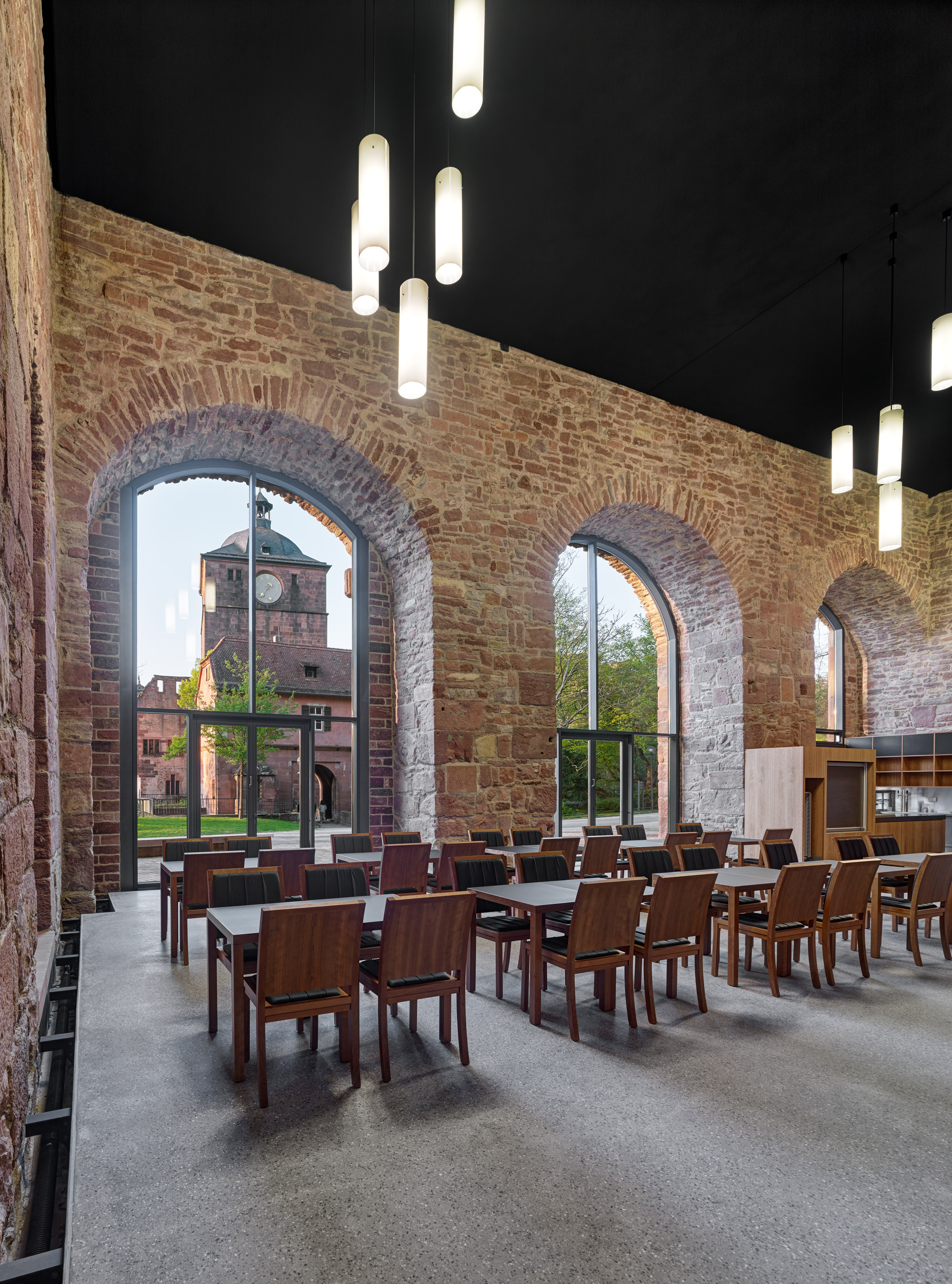 The Sattelkammer was built in the early 17th century during the reign of Frederick V and backs onto a retaining wall of the castle gardens dating from the 13th century.

Original features that Dudler’s studio was careful to retain in its renovation include the thick sandstone walls and arched window openings, as well as the room’s large proportions. 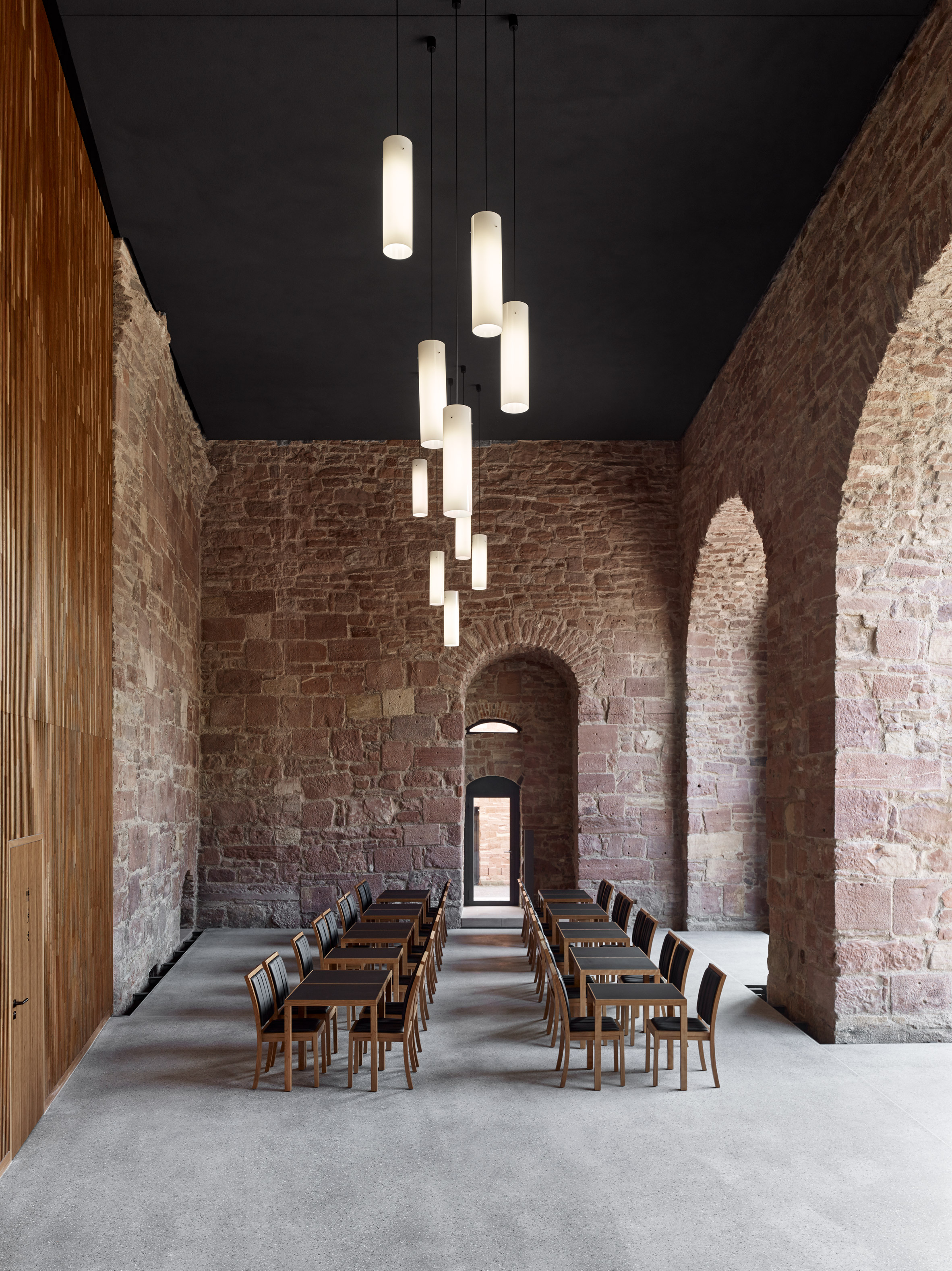 The depth of the walls and the height of the arched openings is highlighted by the introduction of simple black window frames, through which pendant lights can be viewed hanging from the tall ceiling.

The architect removed all interventions made in recent decades and used a restrained palette of untreated materials to complement the ancient exposed stone walls. 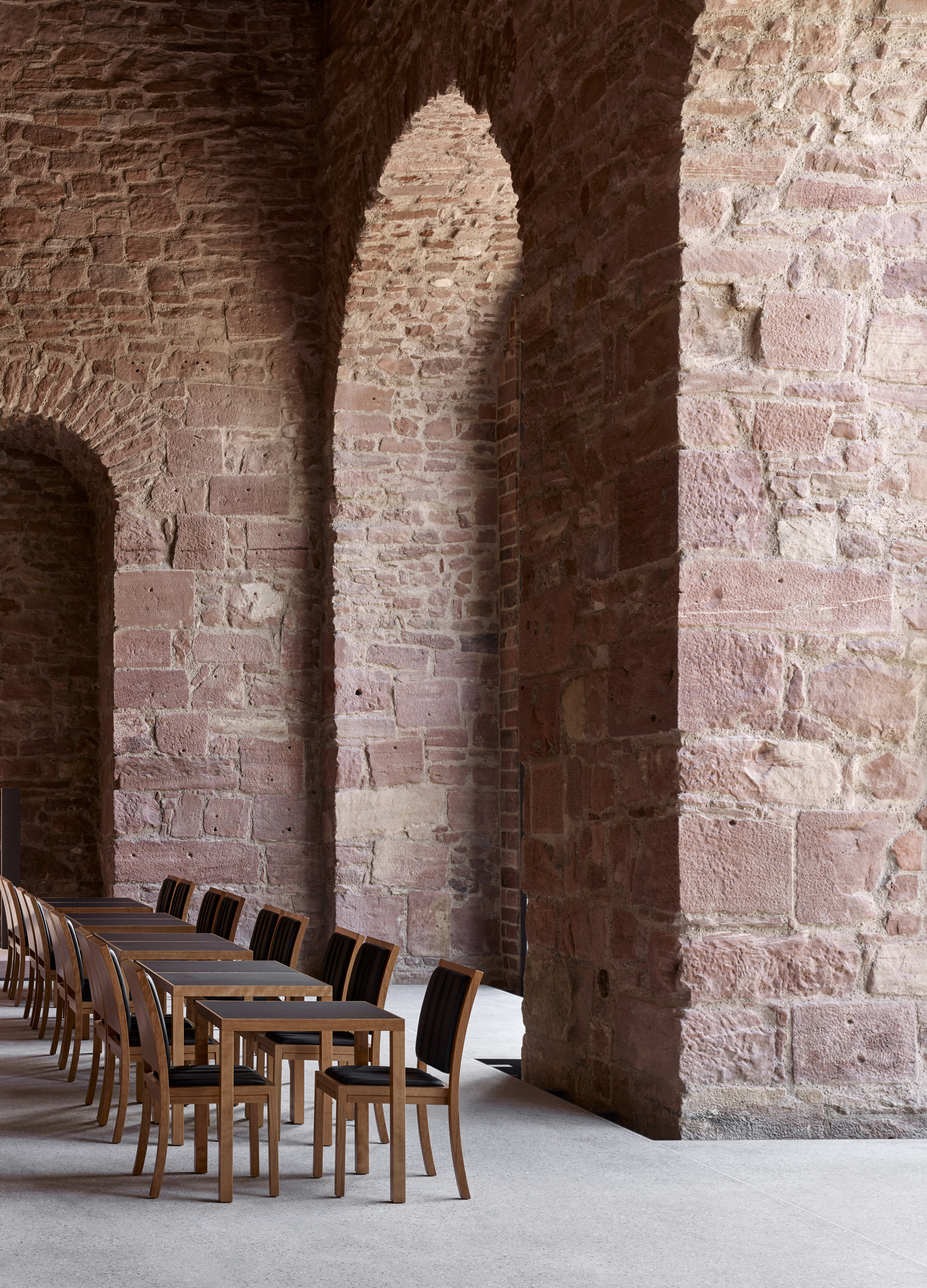 “Following its restoration according to the specifications for monument preservation, the room’s expansiveness can once again be experienced in its entirety,” said the studio. 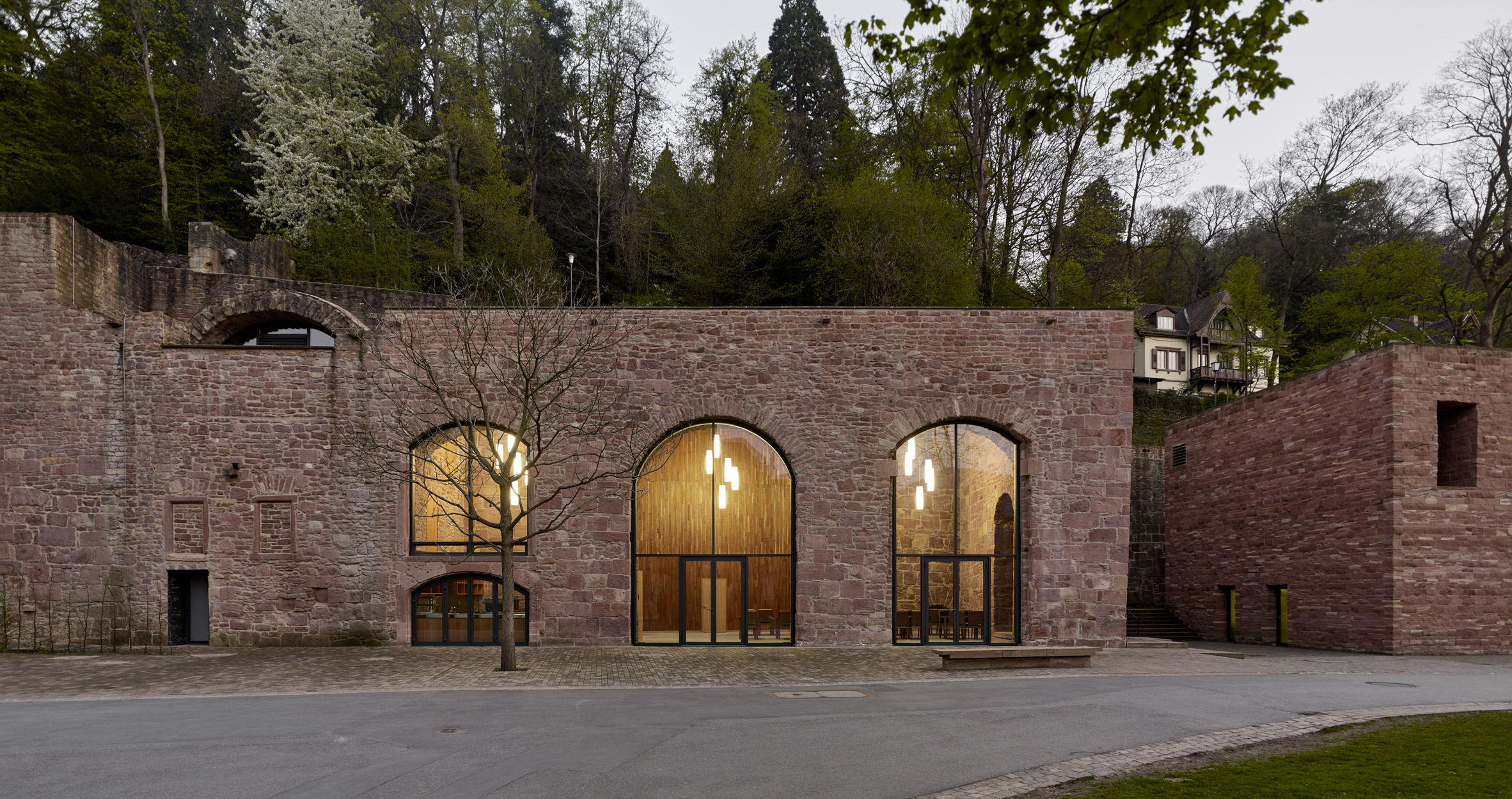 A tower-like addition at one end of the building contains a kitchen, storage and technical services, with toilets and a ventilation system accommodated in a niche concealed by a wooden wall.

This timber-clad surface extends the full height of the space and is made from strips of cherry wood. Together with the black ceiling panels, it helps to improve acoustics within the room and introduces a distinctly contemporary detail. 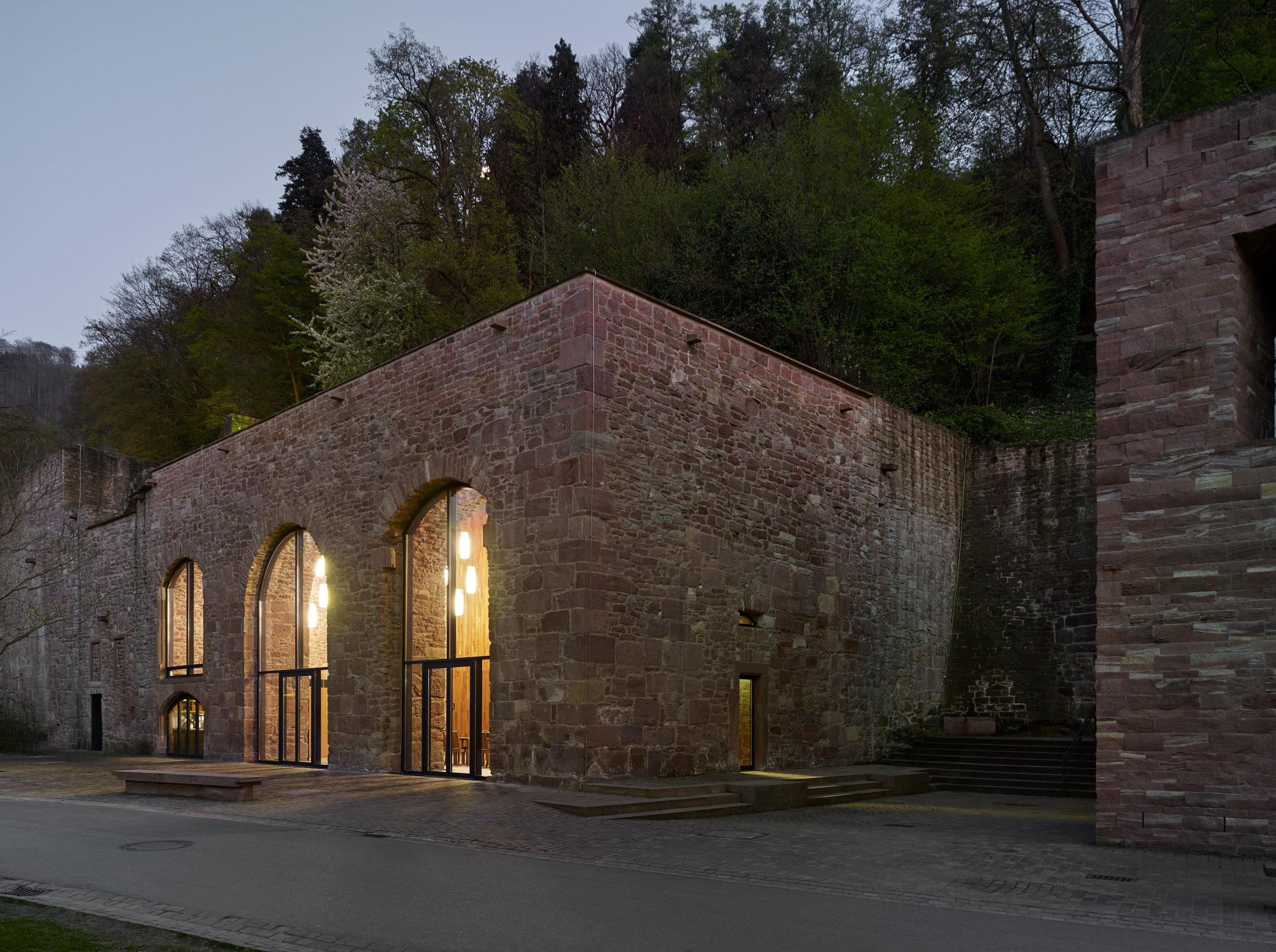 Dudler designed the tables, chairs and bar for the restaurant, which also incorporates a kiosk next to one of the existing window openings so visitors outside can be served during the summer.

Landscaping by TDB Landschaftsarchitektur creates space for outdoor tables and chairs, as well as enhancing the connection between the Sattelkammer and the adjacent visitor centre. 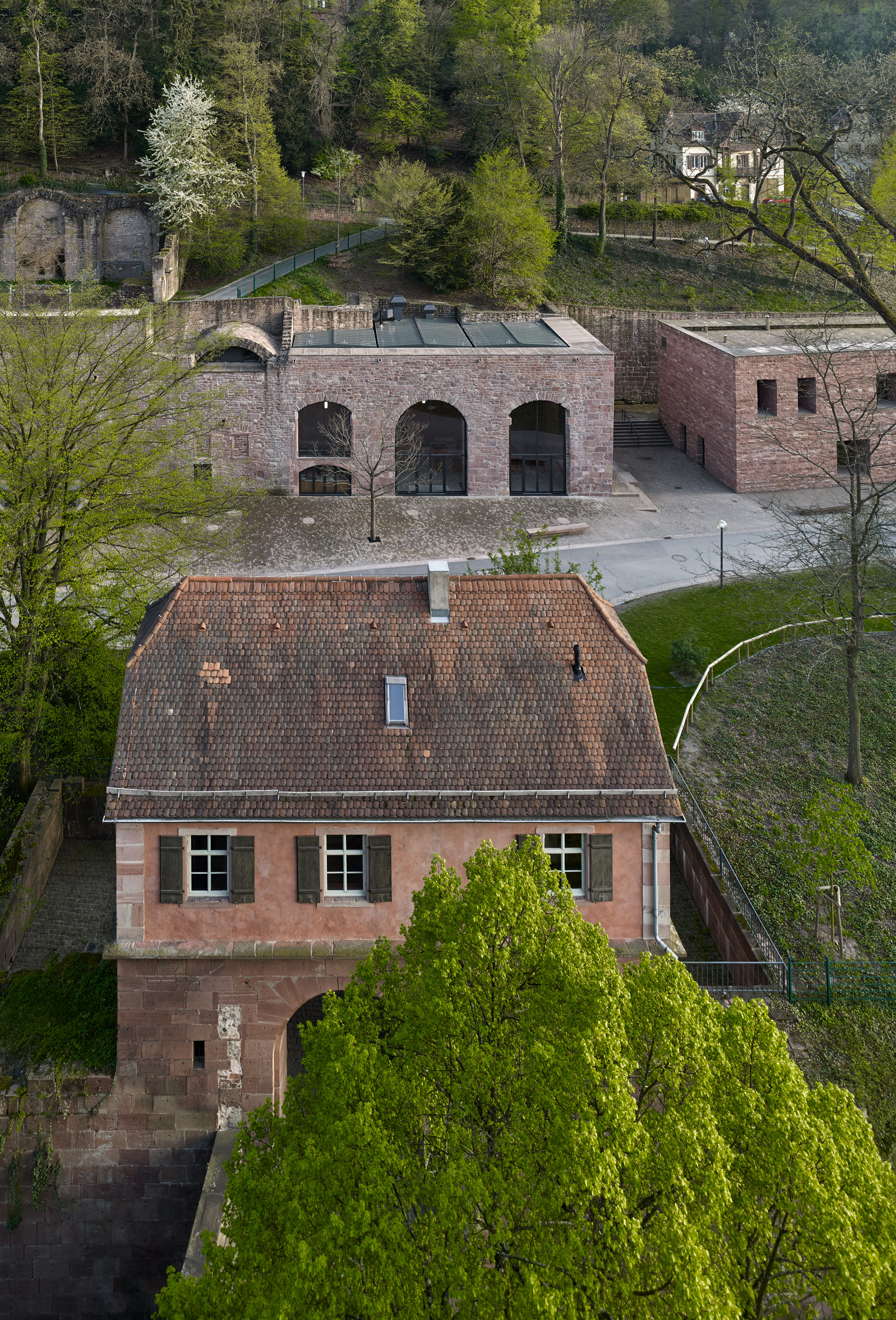 Max Dudler has worked on several castle projects in recent years, adding a new sandstone entrance building to Hambach Castle on the edge of the Palatine Forest, and creating a visitor centre formed from multi-tonal layers of concrete at the medieval Sparrenberg Castle. 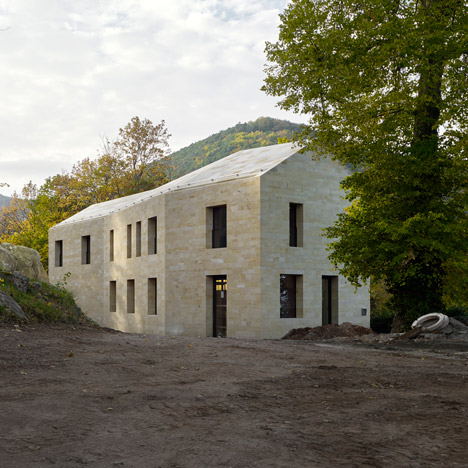