Dezeen promotion: by replacing the lighting inside the National Palace Museum of Korea in Seoul, LG Display has created more space for exhibiting historic artefacts and royal treasures.

LG Display introduced OLED lighting into the imperial museum. These thin panels – designed to create illumination across a surface rather than a point – are significantly more space-efficient than the old lighting systems, leaving room to display more of the museum’s 40,000-piece collection.

The lights also produce low levels of heat, meaning they can be placed close to the exhibits without fear of damage. 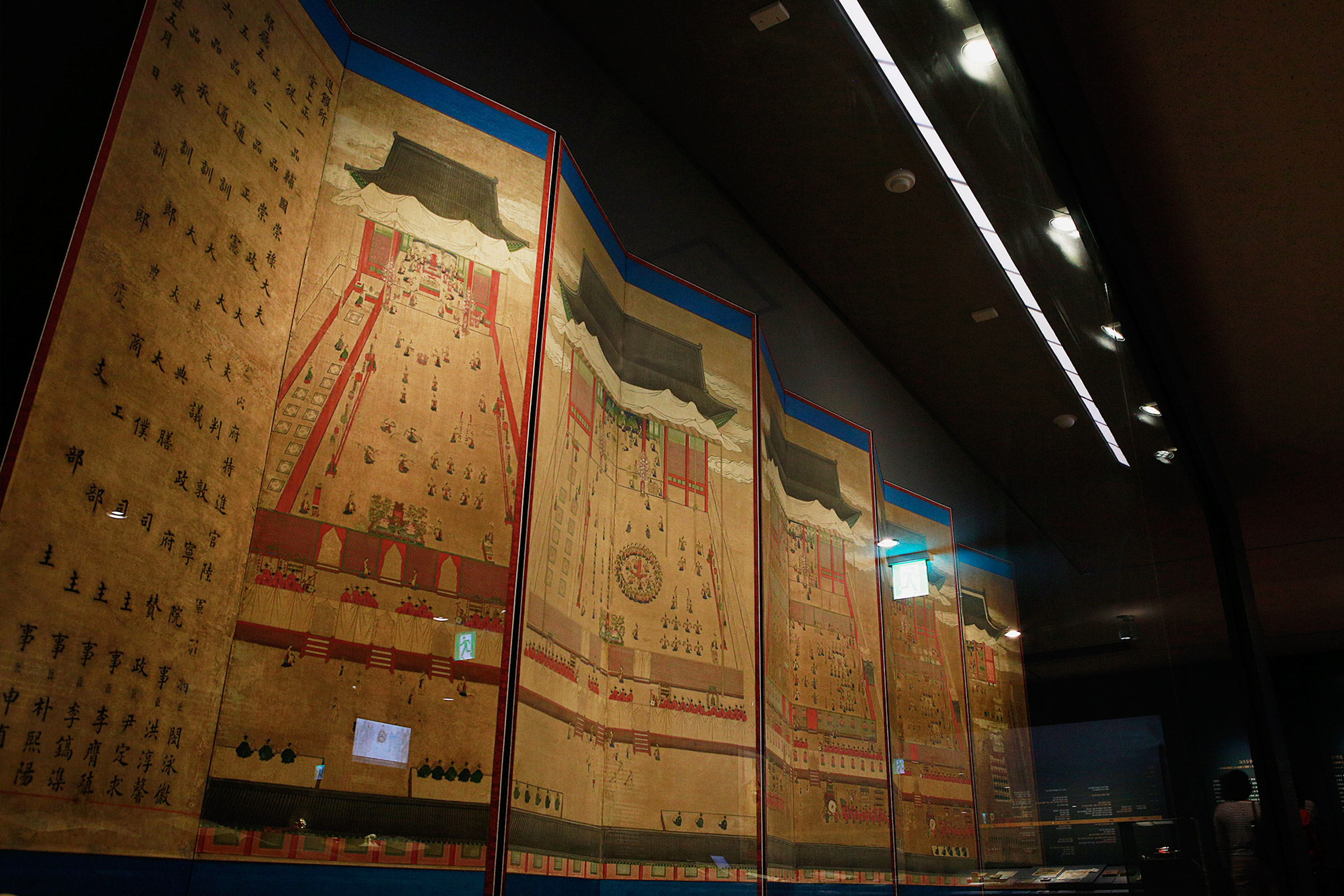 According to museum curator Soyeon Im, the new OLED system has improved lighting levels throughout the exhibition spaces, and significantly decreased the amount of unwanted shadows and glare.

“The museum has old-fashioned low ceilings and this makes it difficult to display large exhibitions or exhibitions with many artefacts,” said Soyeon Im.

“The original display lights had issues with flickering and this was often disturbing to visitors to the exhibitions. We decided to go with OLED lighting because it is the most effective option for increasing visitors’ field of vision, eliminated flickering and is not harmful to the artefacts on display.” The panels are used to illuminate large exhibits, including a folding screen created in the early 19th century to celebrate the 70th birthday of Empress Myeongheon. But they also create even lighting for groups displays, which include books and records. 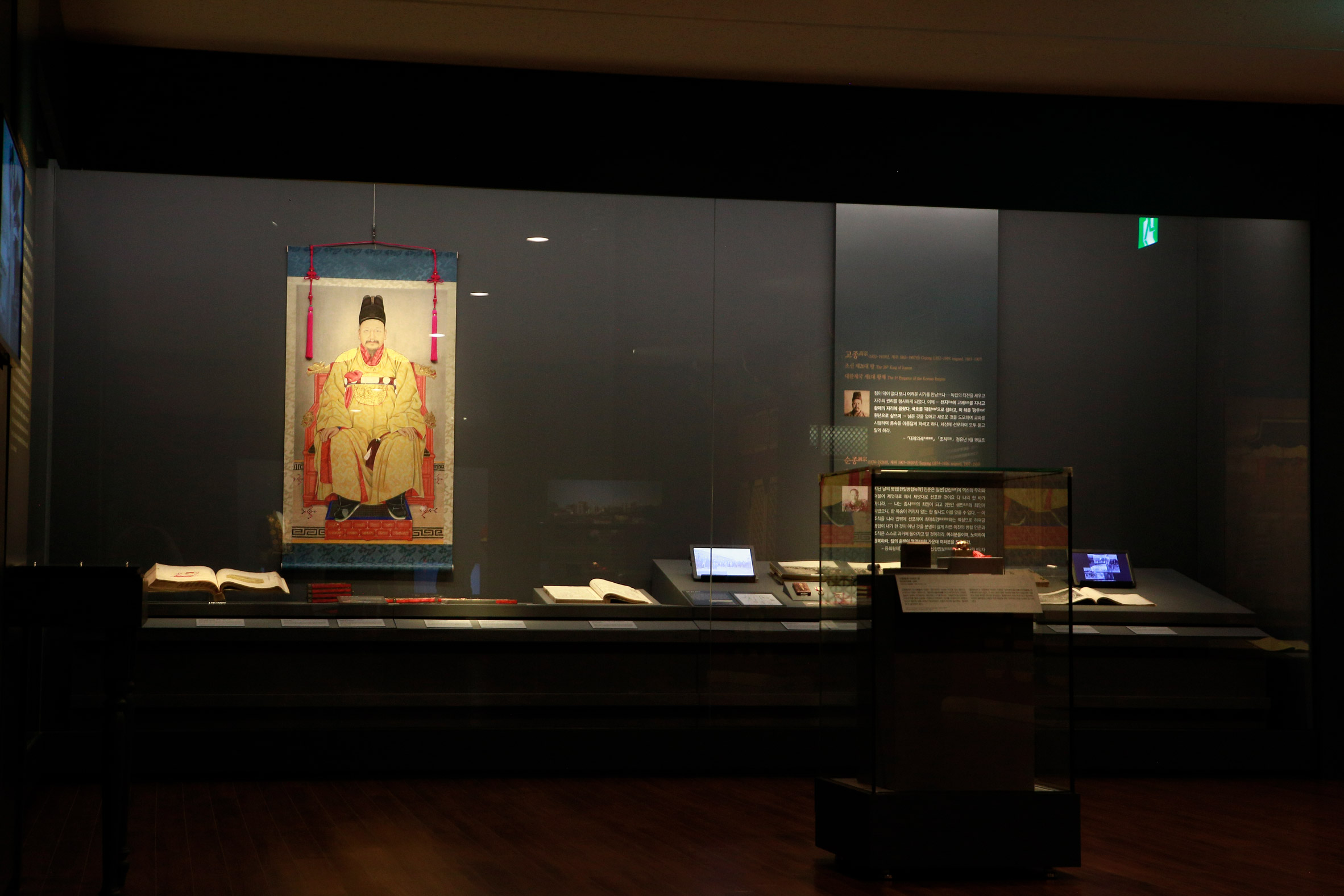 “Being able to install lighting in artefact showcases and control the lighting from outside the showcase has had a profound effect on how we design displays,” said Soyeon Im.

“We are able to simply open a cover outside each showcase and control the lights inside, which is safer for the delicate artefacts and much more efficient.” 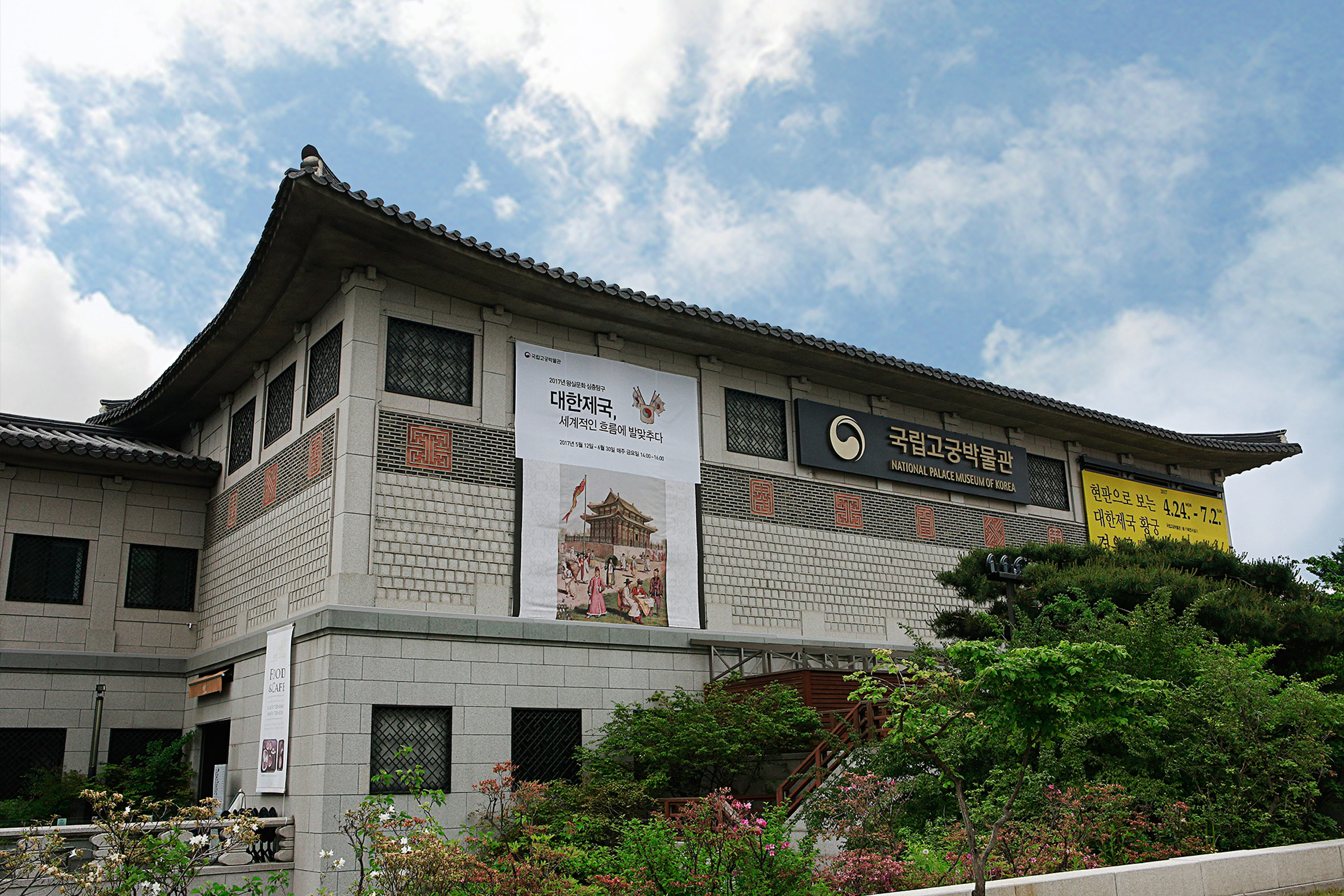 The National Palace Museum of Korea is located at Gyeongbokgung Palace, a 14th-century palace built by the Joseon Dynasty. The museum’s collection is made up of artefacts and treasures from this time, as well as items relating to the Korean Empire.

LG Display’s project formed part of a wider renovation of the museum.

The success of these projects, including the museum, prompted the brand to launch its new OLED Light Collaboration Program, which will see LG partner with as many as 10 designers, manufacturers and architects to create innovative projects with OLED panels. The brand is also hosting a series of webinars exploring the possibilities of OLED lighting.