Local architects Studio Sur Rue have designed a pastel pink deli in the 10th arrondissement of Paris that is dedicated to hummus and Israeli dining culture. 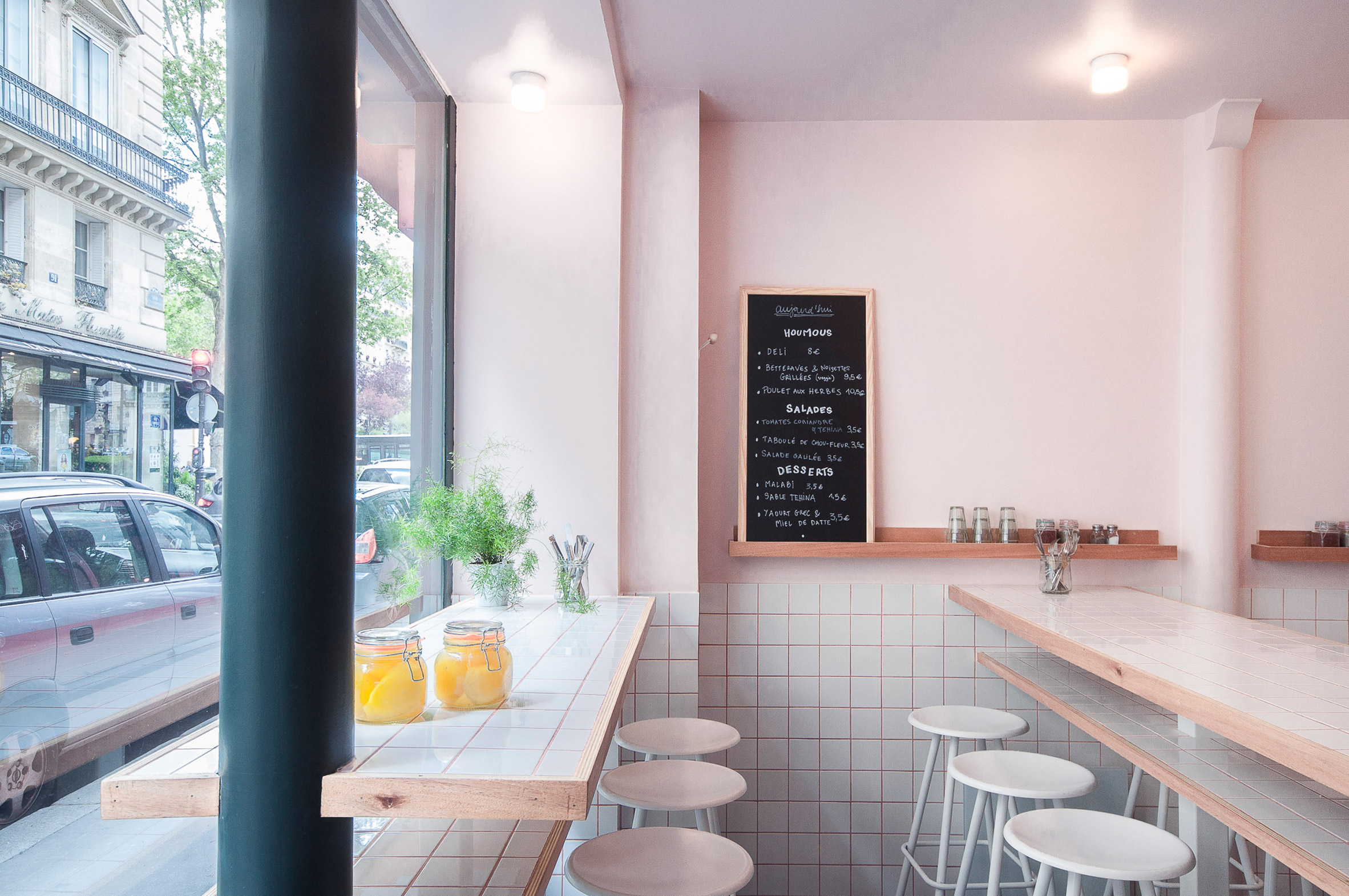 The restaurant, named Yafo after the oldest area of Tel Aviv, claims to be the first deli devoted to hummus in Paris. It was conceived by young Israeli chef Lotan Lahmi, who wished to spread his passion for Israeli cuisine among Parisians.

Before embarking on the project, the architects at Studio Sur Rue immersed themselves in Lahmi’s world, tasting his food and watching him prepare traditional dishes. 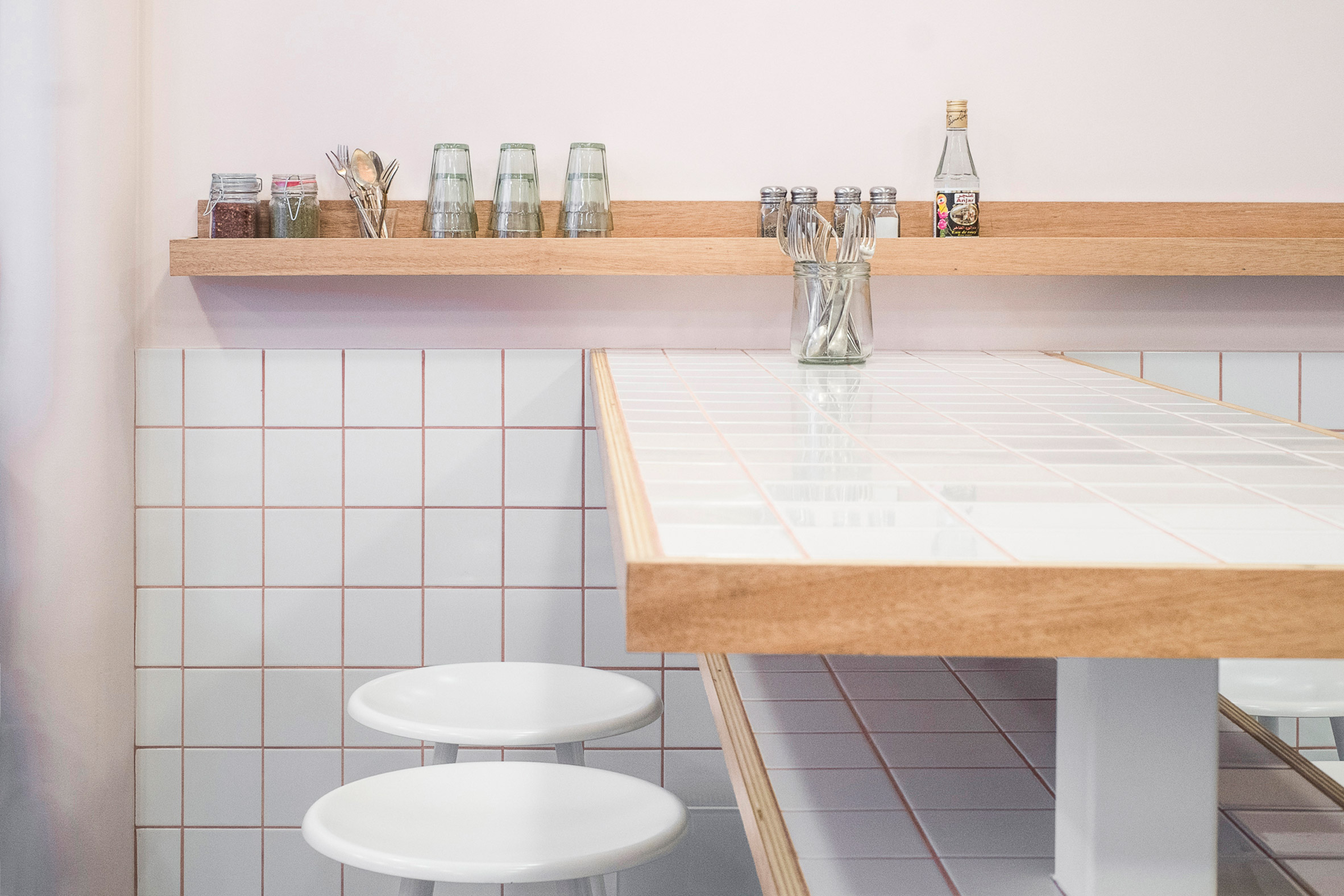 The concept of “joyeux bordel” or “joyful chaos”, present in the restaurants of Tel Aviv, became a key theme. The architects sought to create this with a canteen-like design, open to the busy street, where customers share tables and eat food served on trays. 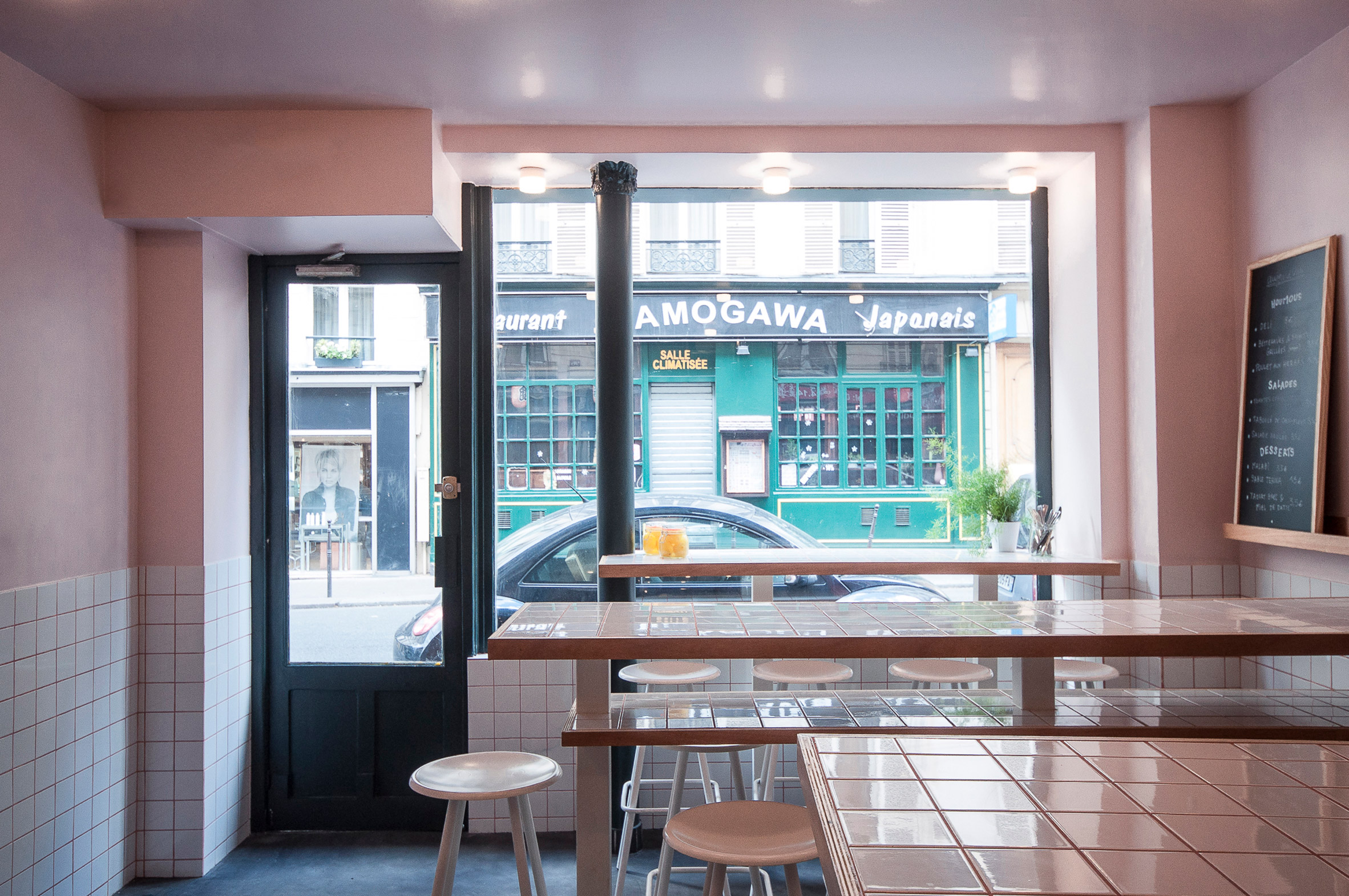 A dark khaki green facade accentuates the warmth of the pink interior, which is a pastel shade similar to current colour-of-the-moment millennial pink. Small white tiles with terracotta grouting contribute to the overall canteen aesthetic. 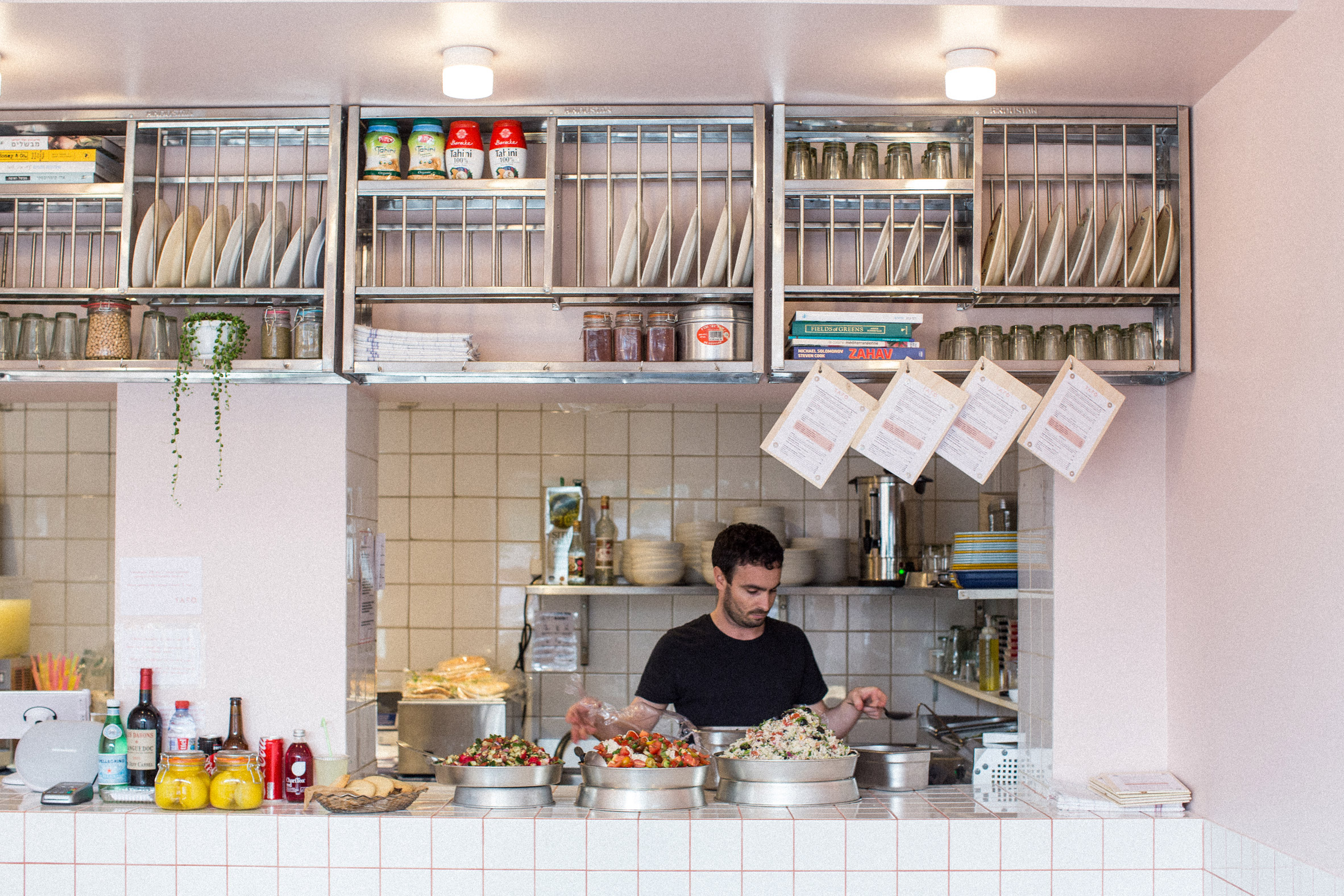 The stainless steel kitchen faces directly onto the street, with the idea that it will tempt passers-by to stop and try its delicacies.

Furnishings are kept simple and functional, with split-level tables and compact stools. Plywood accents tie the space together. 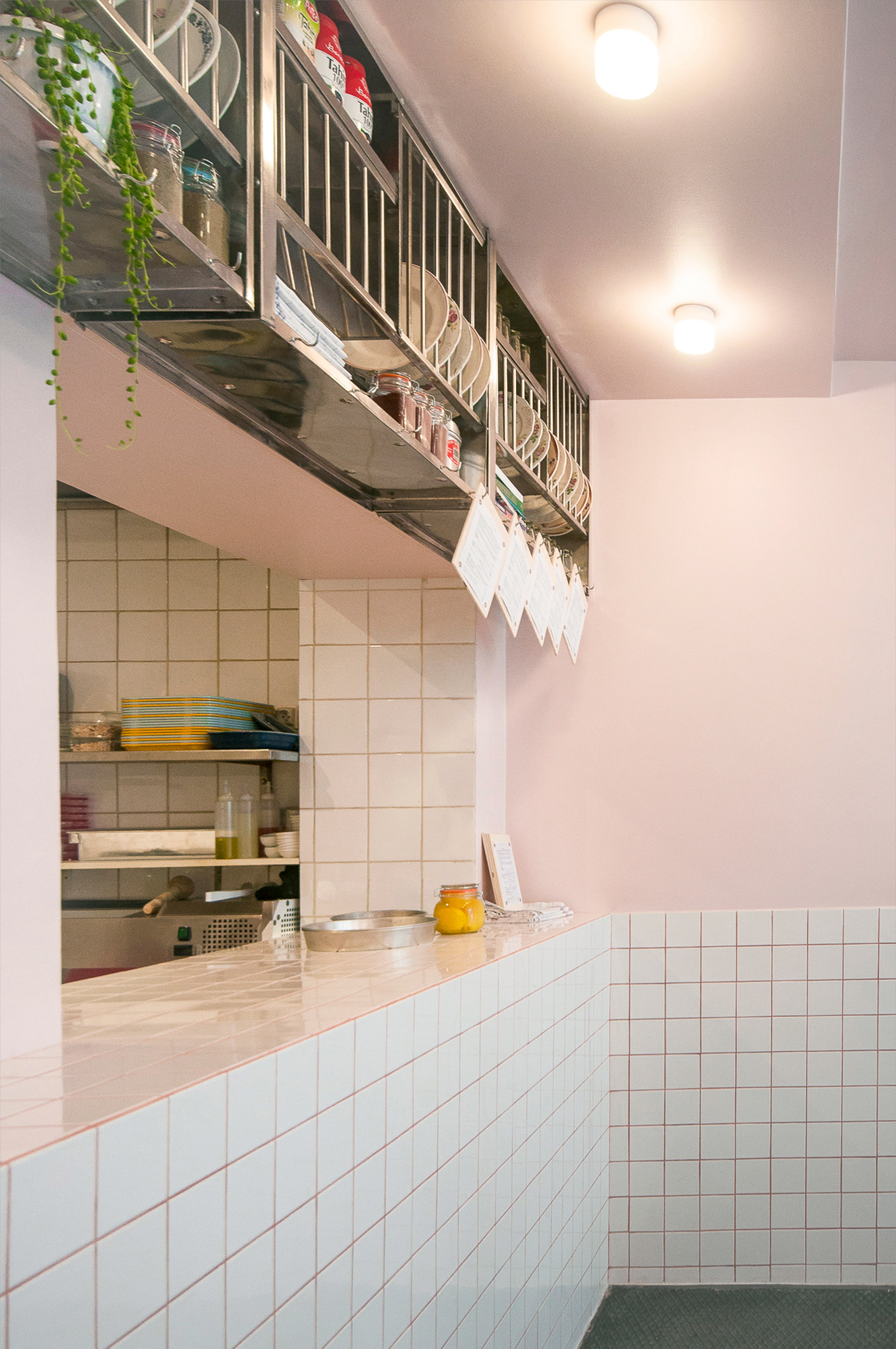 Rather than being hidden away, utensils and other cooking equipment are displayed on aluminium stands.

A graphic identity was also produced for Yafo, made by reworking a font created by French graphic designer Cassandre in the 1920s. The font references the Bauhaus aesthetic of the time, using hand-drawn lines and minimalistic geometries. 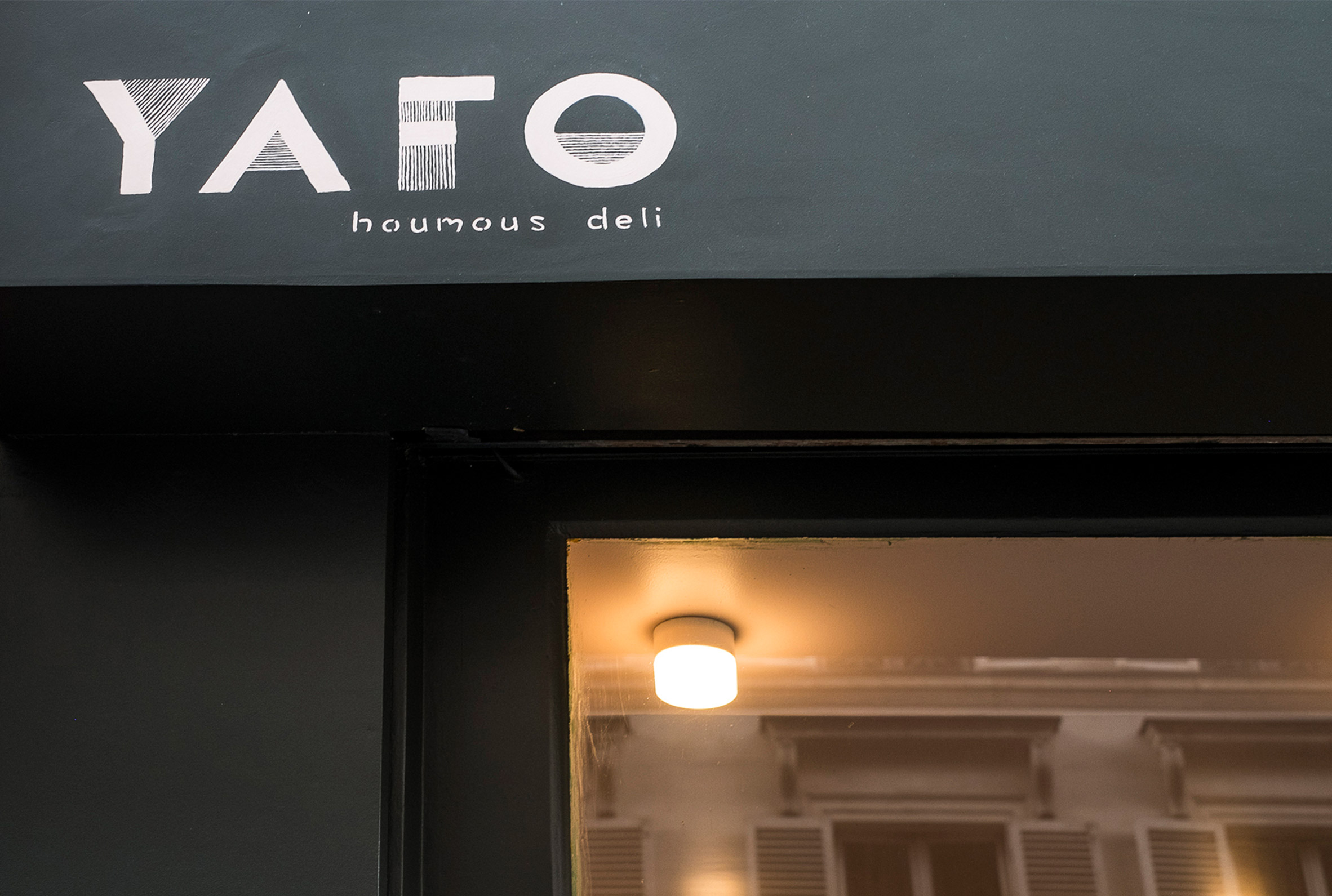 Studio Sur Rue is a small Parisian practice that offers a holistic design service, encompassing everything from overall concept to furnishings and graphic design. The young practice has so far completed a number of apartment renovations within the city as well as the restructuring of an office. 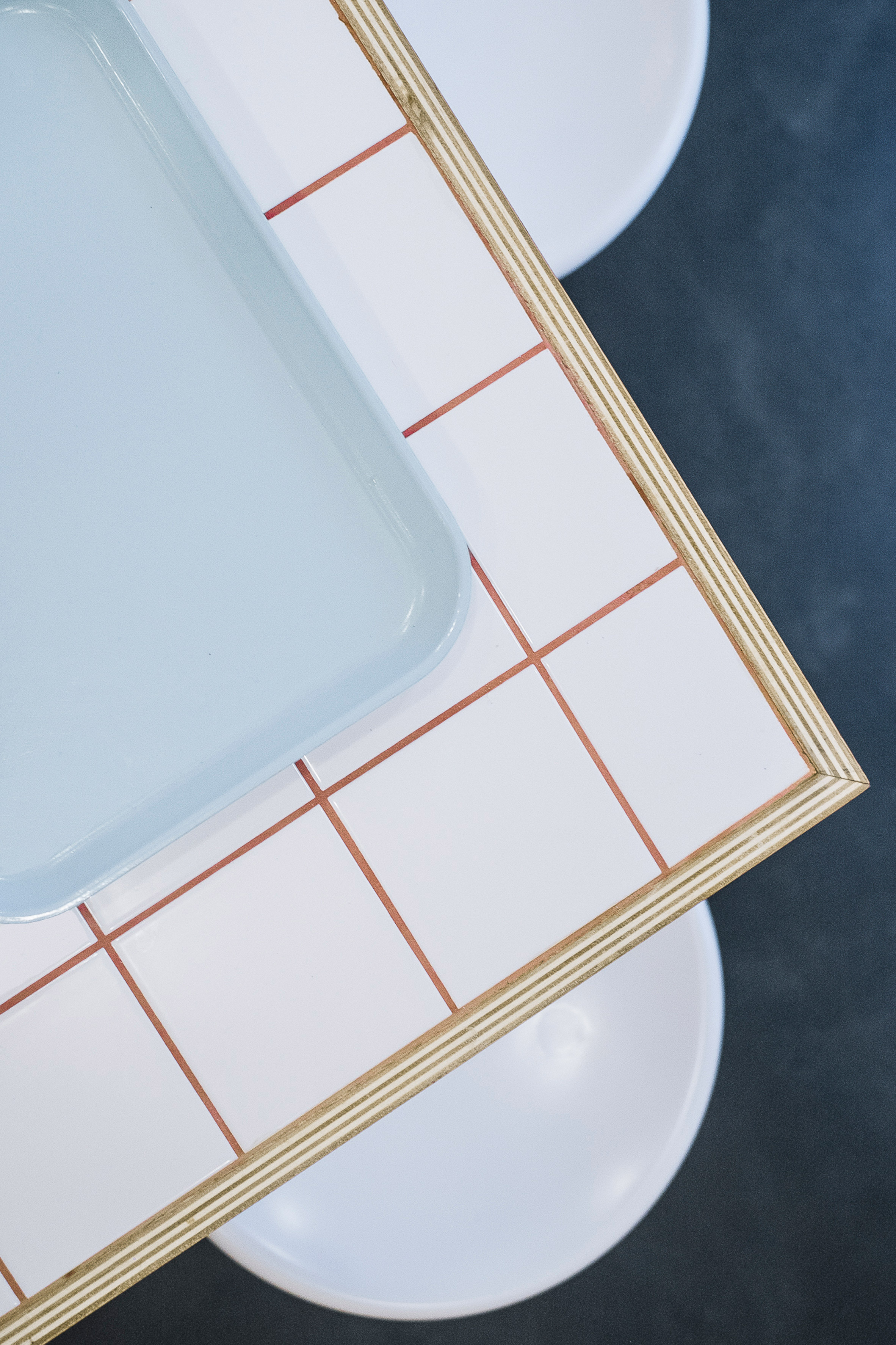 Millennial pink has been dubbed “colour of the moment” by multiple design publications and featured heavily at this years Milan design week.

Other architect-designed restaurant interiors include a patisserie in Shenzhen encased in a brass cage by Shanghai studio LineHouse and a Melbourne cafe by local studio Biasol, inspired by 1950s Greek delicatessens. 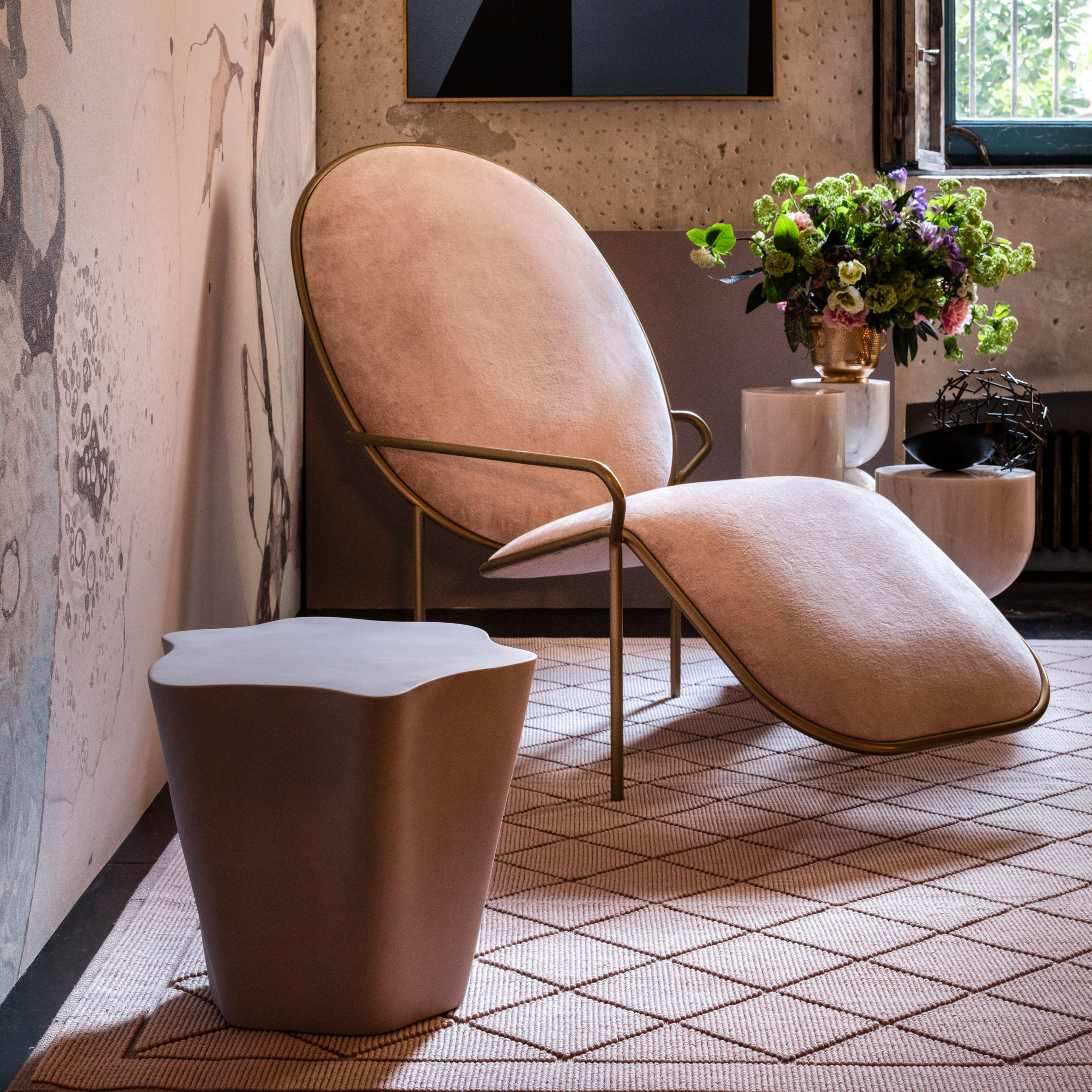