French architect Jean Nouvel has completed an office skyscraper in Marseille, with a concrete facade painted in 27 shades of red, white and blue in celebration of the port city’s landscape. 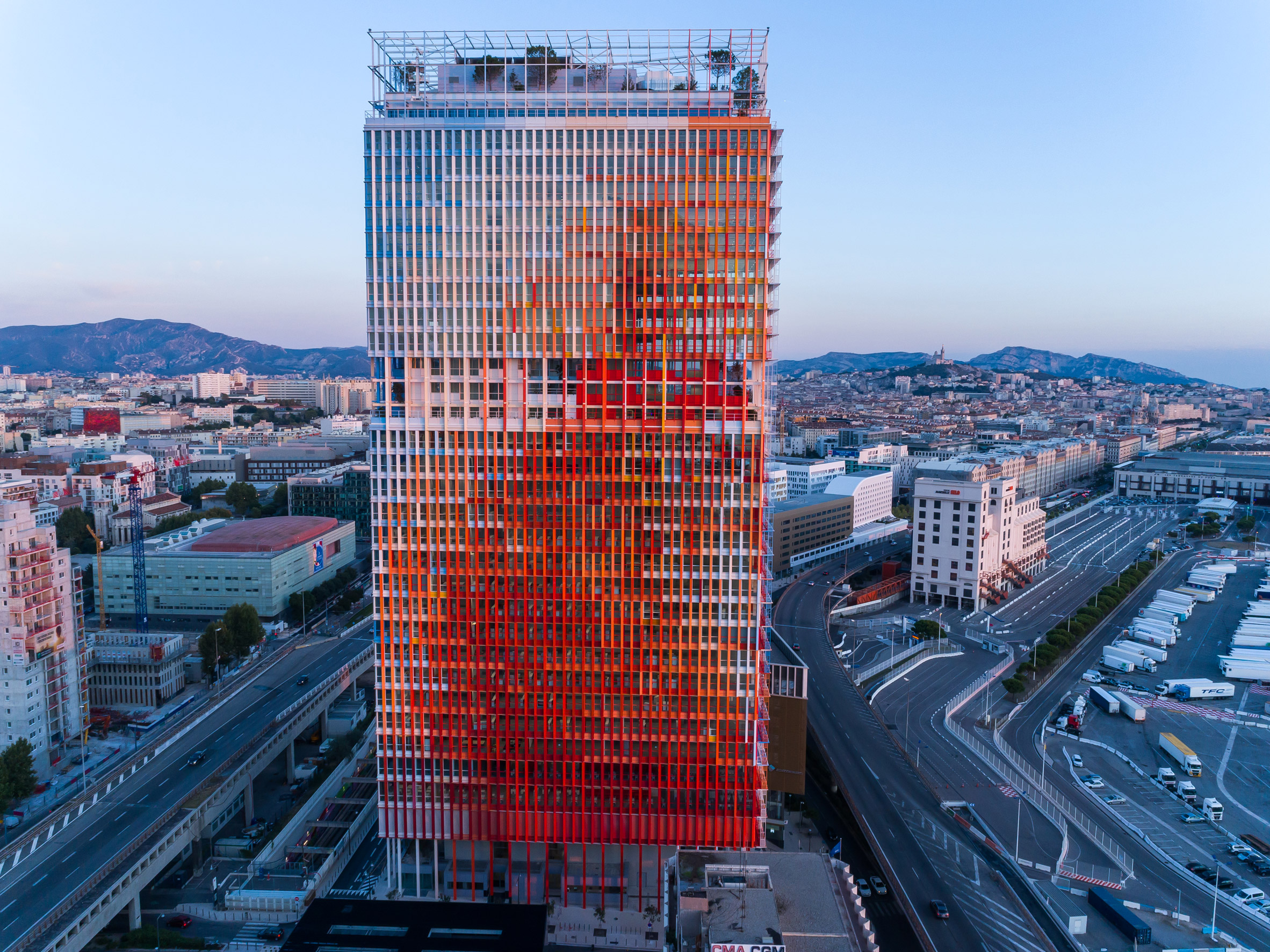 The 135 metre-high tower, which is named La Marseillaise, is situated in Euroméditerranée, an emerging business district on Marseille’s waterfront.

It stands close to a 142-metre tall tower designed by Zaha Hadid as the headquarters of French shipping company CMA CGM.

Tasked with designing a building that could serve as a “new architectural anthem for the region”, Jean Nouvel decided to create an bold, ombré-effect on its gridded concrete facade using 27 different shades of white, blue, and red.

While the blue is meant to represent the city’s sky, the red is intended to mimic the hue of city’s rooftops and the white is supposed to reference the colour of the rock on Massif des Calanques – a stretch of rugged coastline that runs from Marseille towards the town of Cassis. 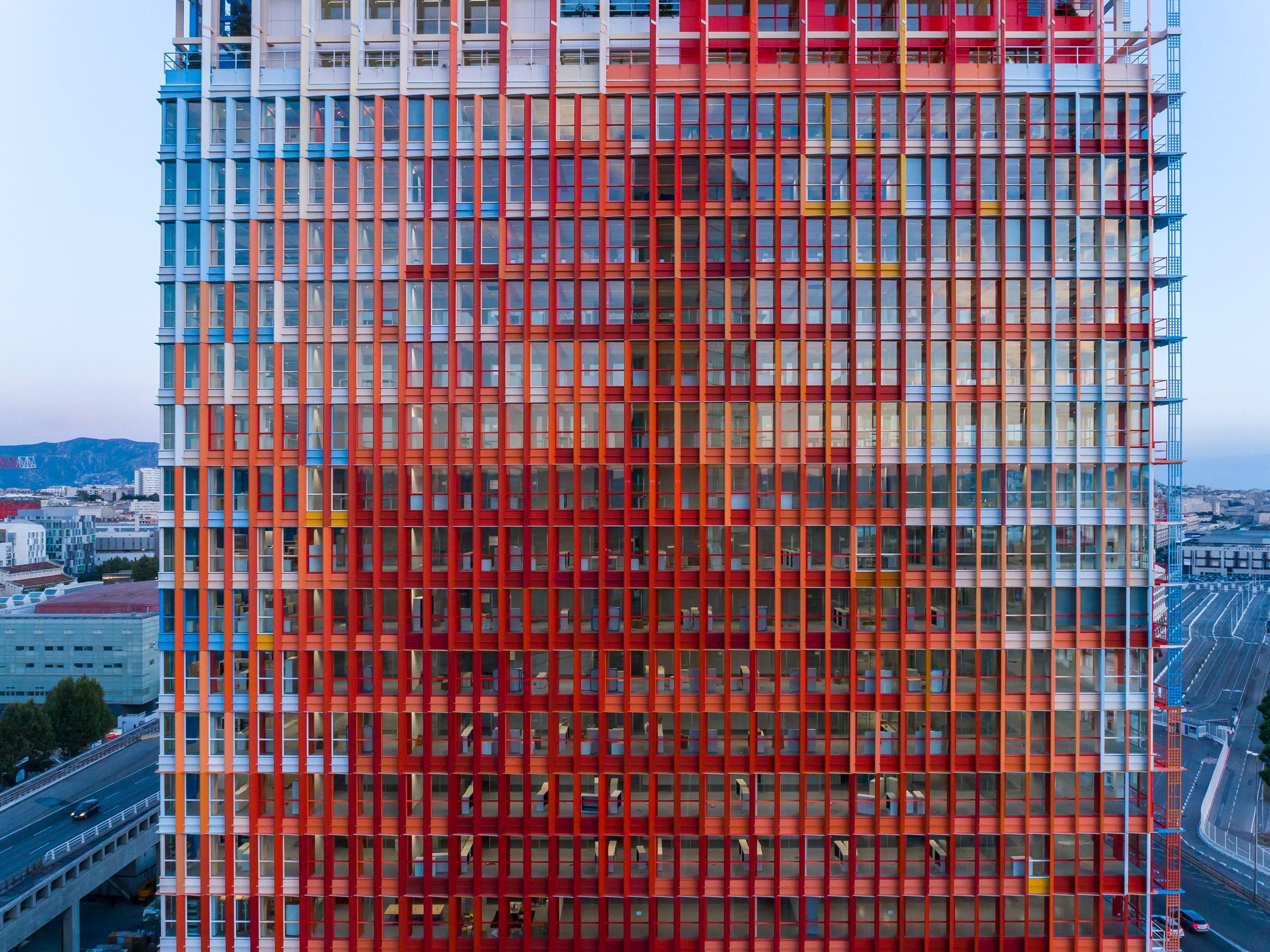 “Towers all over the world look too alike, they often appear interchangeable – they could exist anywhere,” explained Nouvel.

“They rarely describe their city, they are tall but anonymous…. my tower is singular. Its ambition is to belong clearly to the dense Mediterranean sea air.”

Containing 35,000 square metres of workspace, the tower will be the largest set of offices in Constructa‘s wider Quais d’Arenc development, which will see the tower joined by three new office skyscrapers and a host of high-end residences.

While 12 floors of the 31-storey building will be occupied by Aix-Marseille-Provence Metropolis, the building will also contain a restaurant, children’s daycare, and a cycle park at street level. 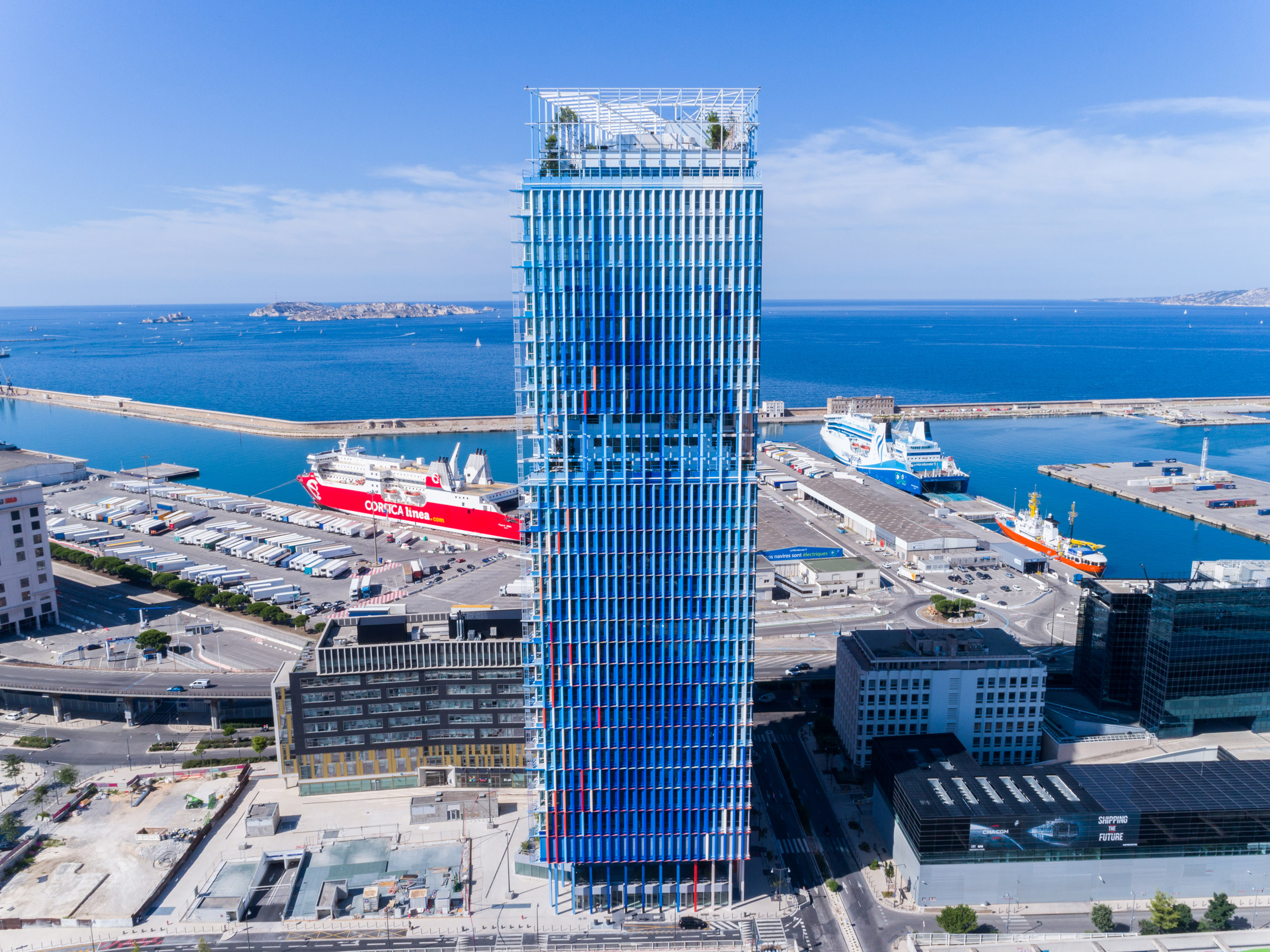 Jean Nouvel has previously designed towers around the world in various cities including Sydney, Barcelona, and Paris.

Earlier this year his 53W53 tower topped out in New York. Featuring a criss-cross concrete structure, the building looms over the city’s Museum of Modern Art and offers vistas of Central Park and Philip Johnson’s famous AT&T building.

Photography is by Stéphane Aboudaram from We Are Contents unless stated otherwise.