Clouds Architecture Office’s concept designs for the Avatar X space exploration campus in Japan, will have a robotics research centre suspended over an man-made crater. 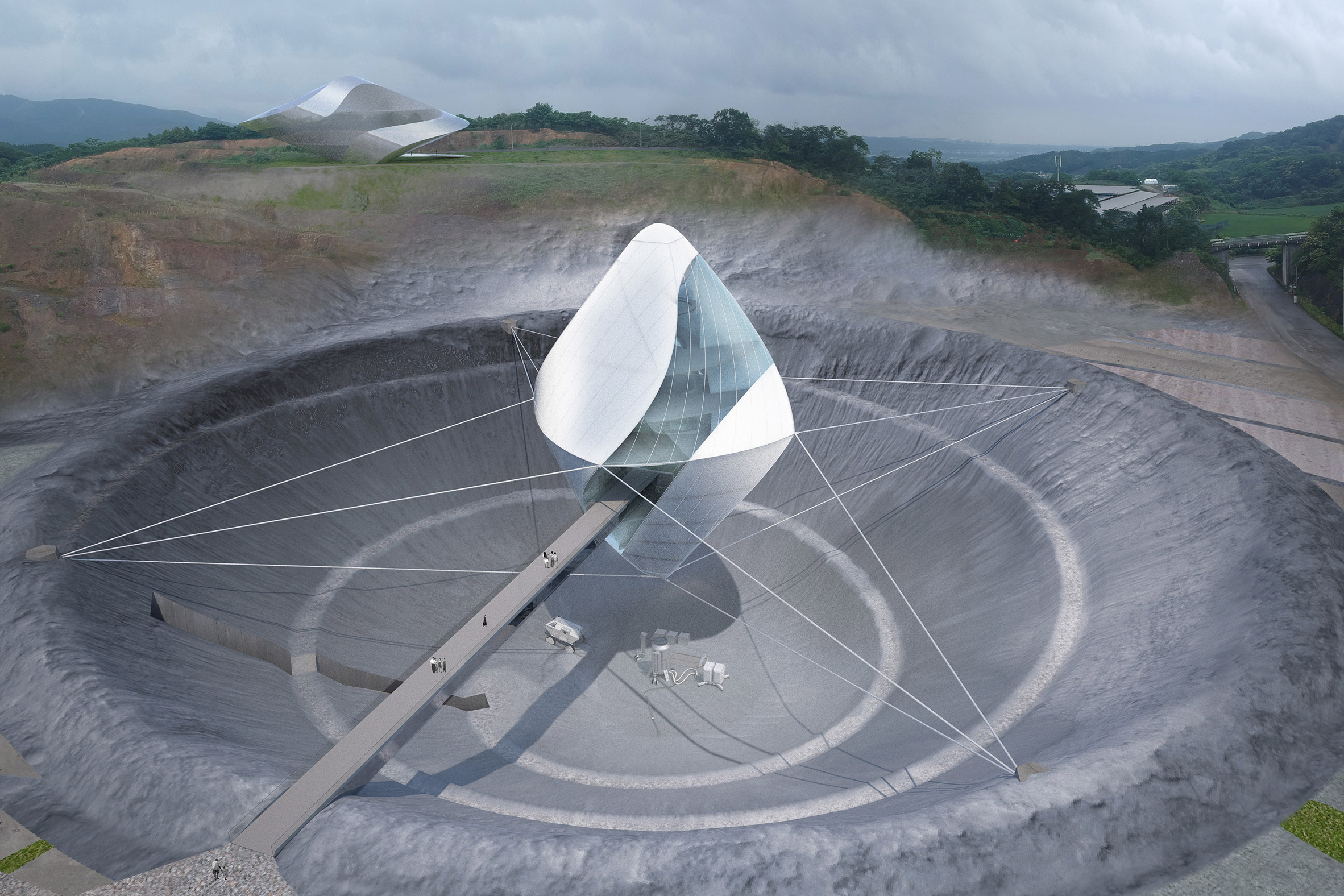 The crater at the centre of the site will be sculpted to exaggerate it’s moon-like appearance. Suspended 18 metres above the bottom of the crater with steel cables, the Avatar X Lab will be made from transparent and translucent panels of fluoropolymer membrane wrapped around a steel frame. 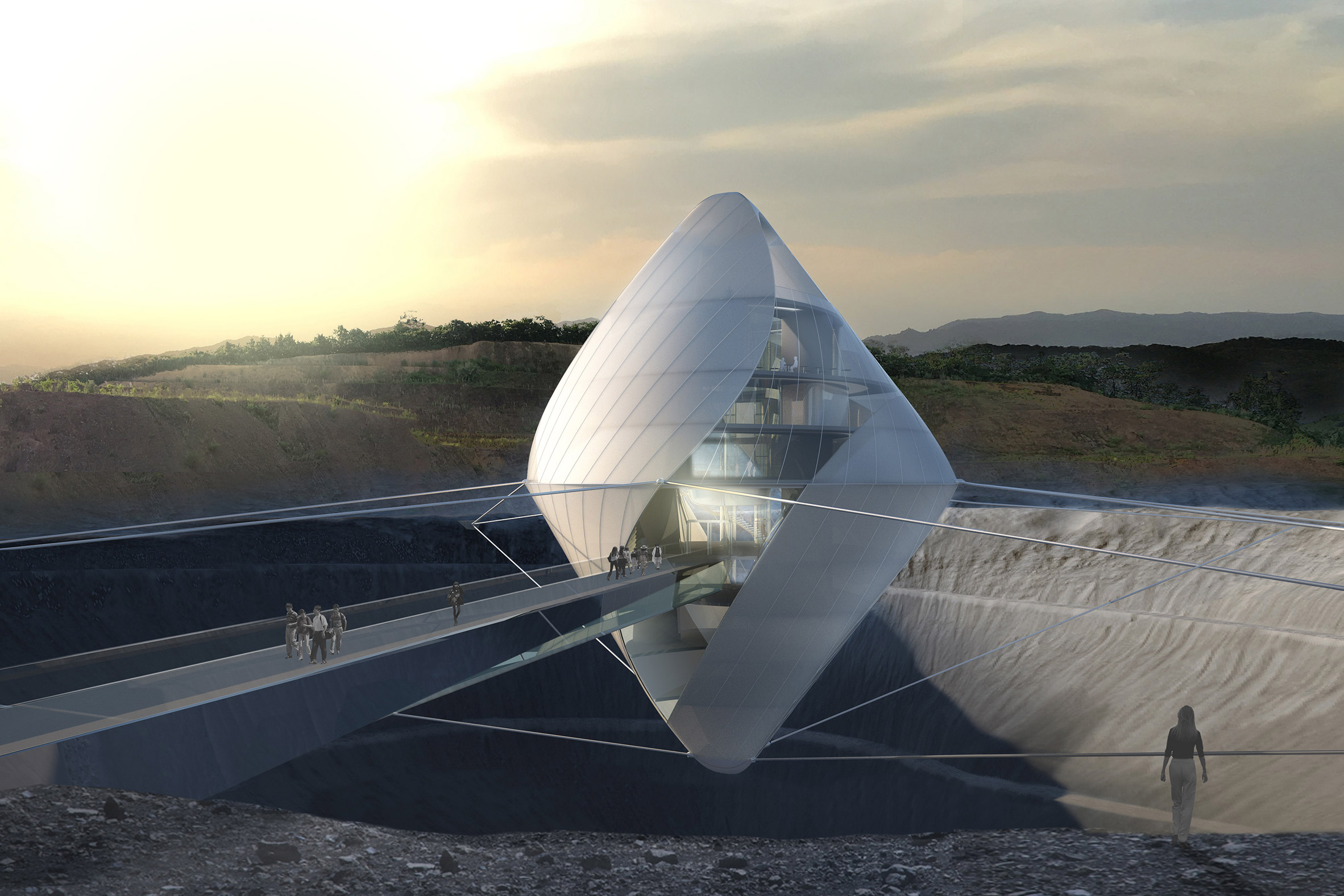 “The form of the floating structure was informed by pressure vessels common in space architecture, which tend to be cylindrical in shape,” Ostap Rudakevych, architect and co-founder of Clouds Architecture Office, told Dezeen.

Pieces of space architecture, such as the International Space Station, are human habitats that can exist beyond the earth’s surfaces. Their forms are dictated by the different forces that exist in the vacuum of outer space, which begins 62 miles above sea level at the Kármán line. 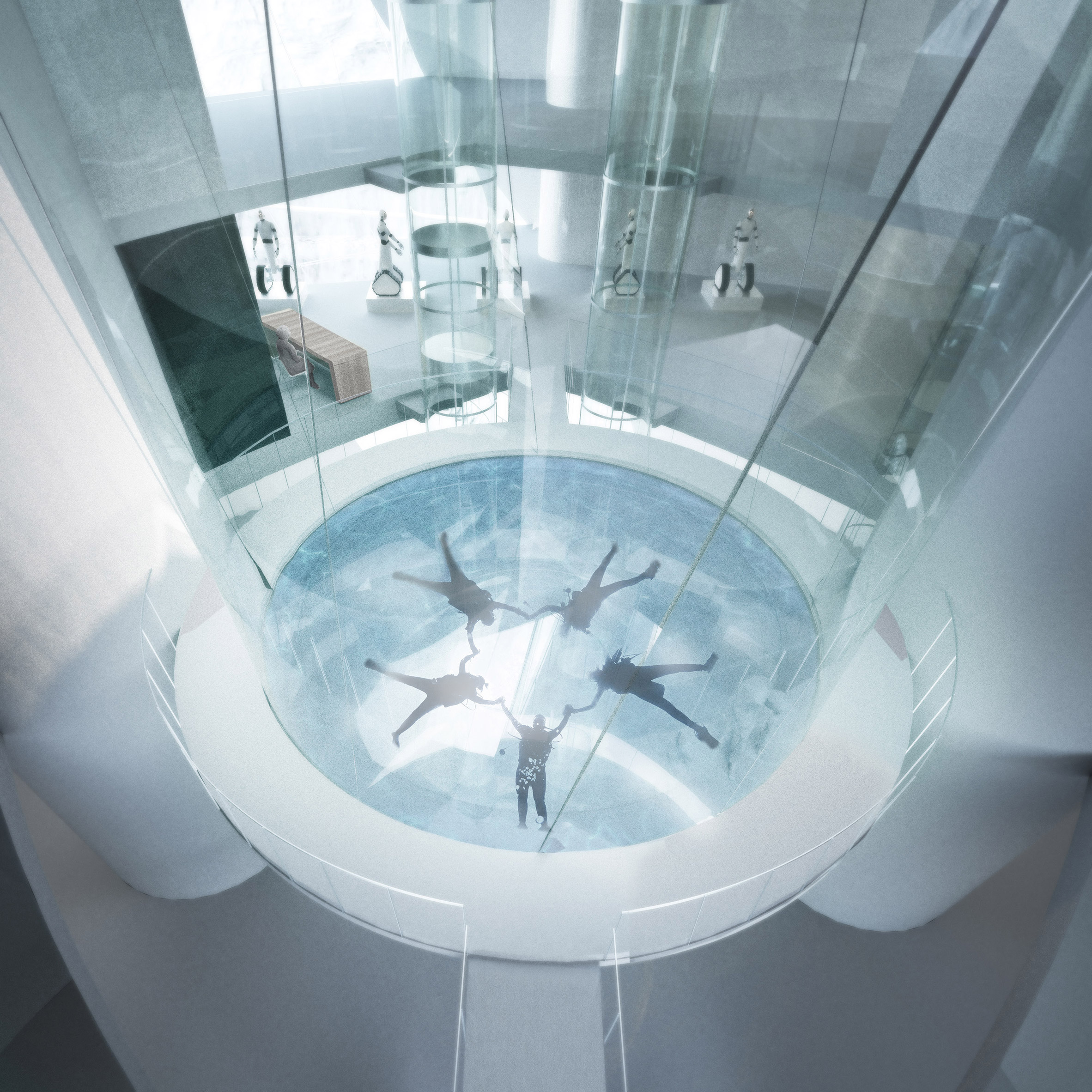 “Space architecture tends to be low mass, compact and high performance, since much of the construction material has to launched into space aboard a rocket with a limited payload capacity,” added Rudakevych.

“The final form of the building is the result of intersecting of four cylinders and using them to trim each other. The result is symmetrical and balanced to maintain an even distribution of weight.” 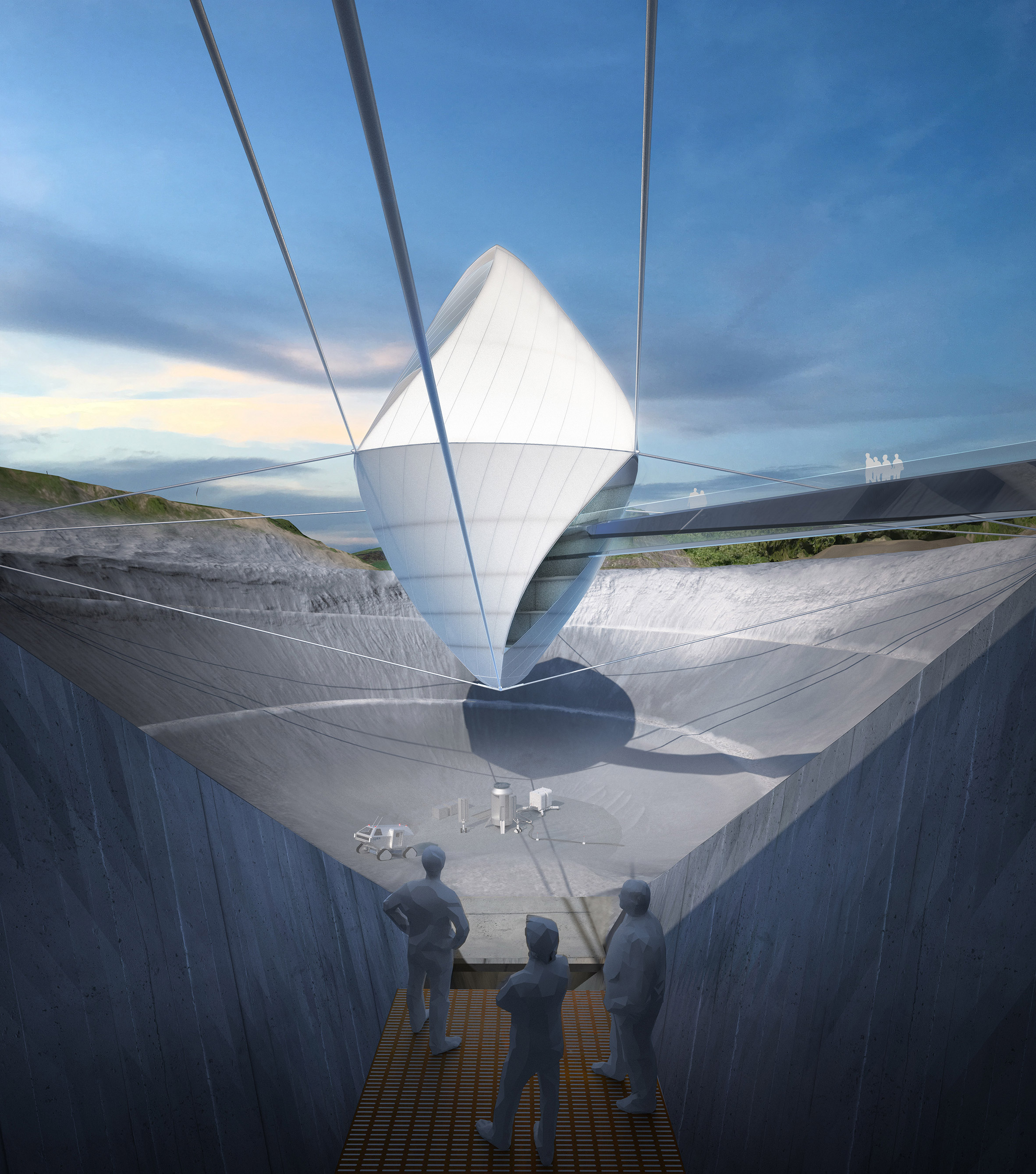 A bridge will connect the lab to the side of the crater and symbolise the “crossing of thresholds” of space exploration and technological innovation.

The research centre has been designed for Avatar X, a public-private program established by Japan Aerospace Exploration Agency (JAXA) and ANA Holdings – the parent company of All Nippon Airways. 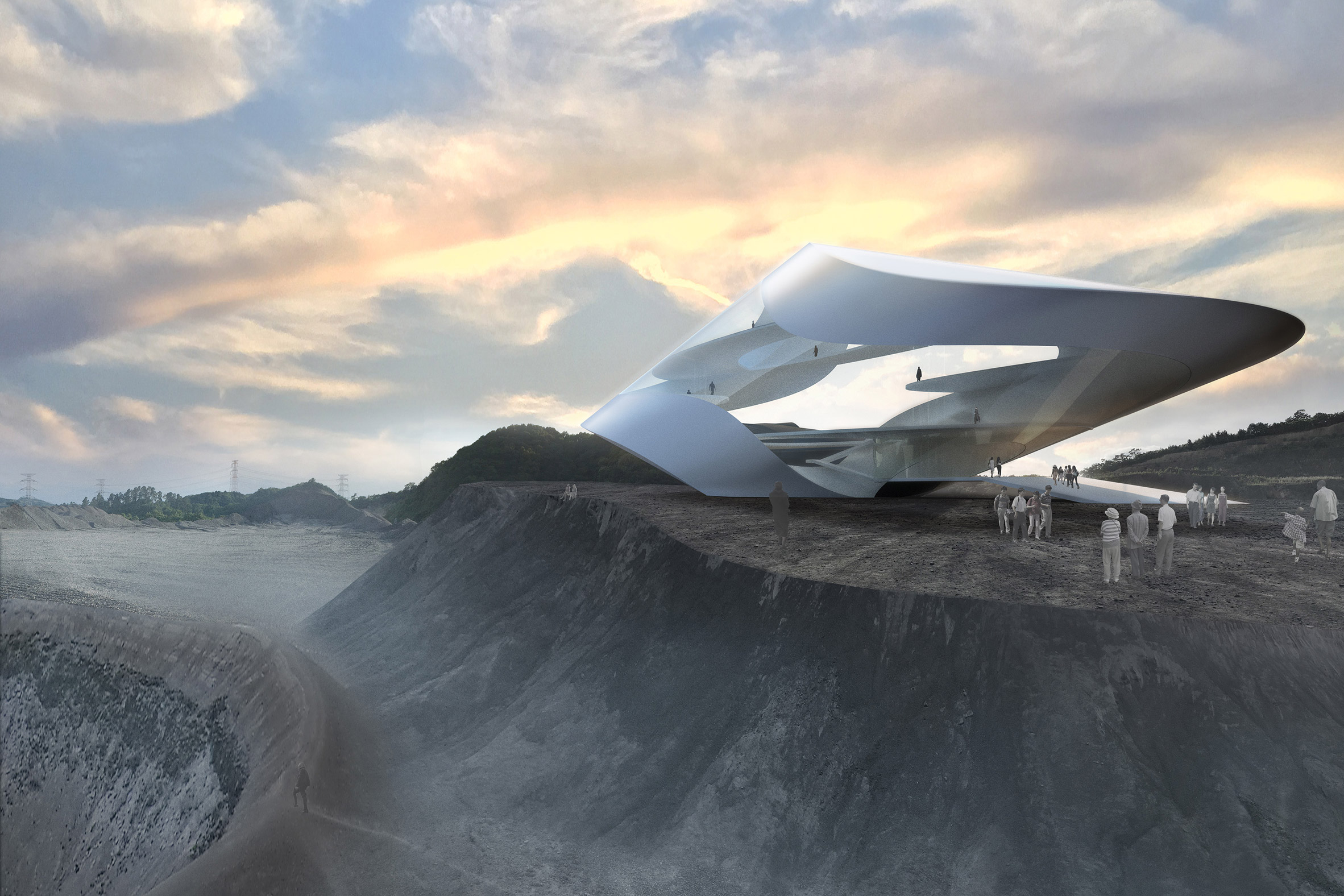 It is investing in the communications tools and robotics needed to establish an off-world telepresence. Telepresence is where technologies like virtual reality and robotics are used to duplicate someone’s actions and senses in another location.

ANA is offering a $10 million (£7.8 million) prize to anyone who can create “a physical, non-autonomous Avatar System with which an operator can see, hear, and interact within a remote environment in a manner that feels as if they are truly there.” 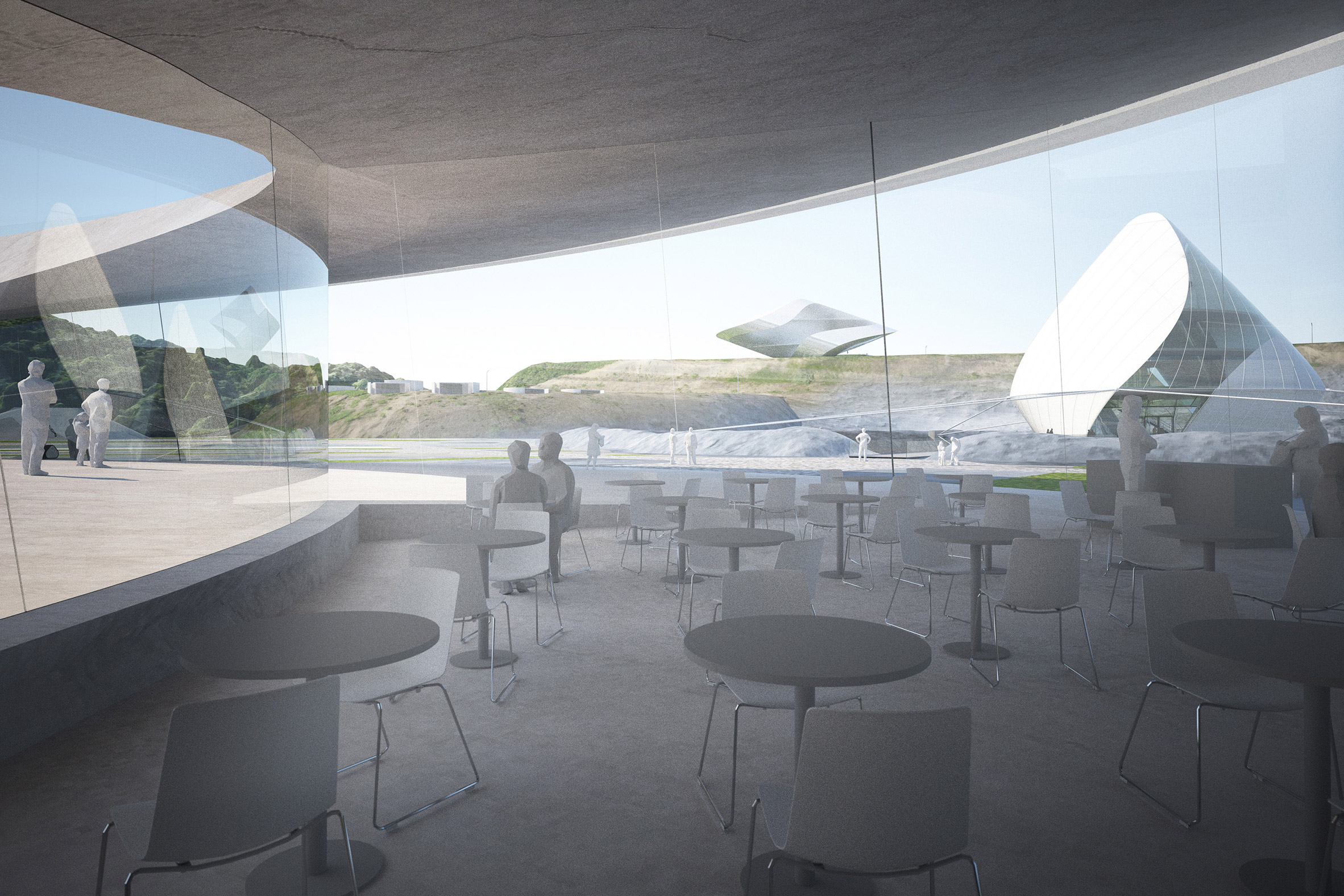 ANA-JAXA want to develop the capability to build on the Moon and Mars, and the lab will be used for developing the robotics and virtual reality technology required for this remote construction work.

Companies that have signed up to develop the Avatar System will be able to use the Oita campus. The lunar-like terrain will be used for space exploration simulations to test their robots. 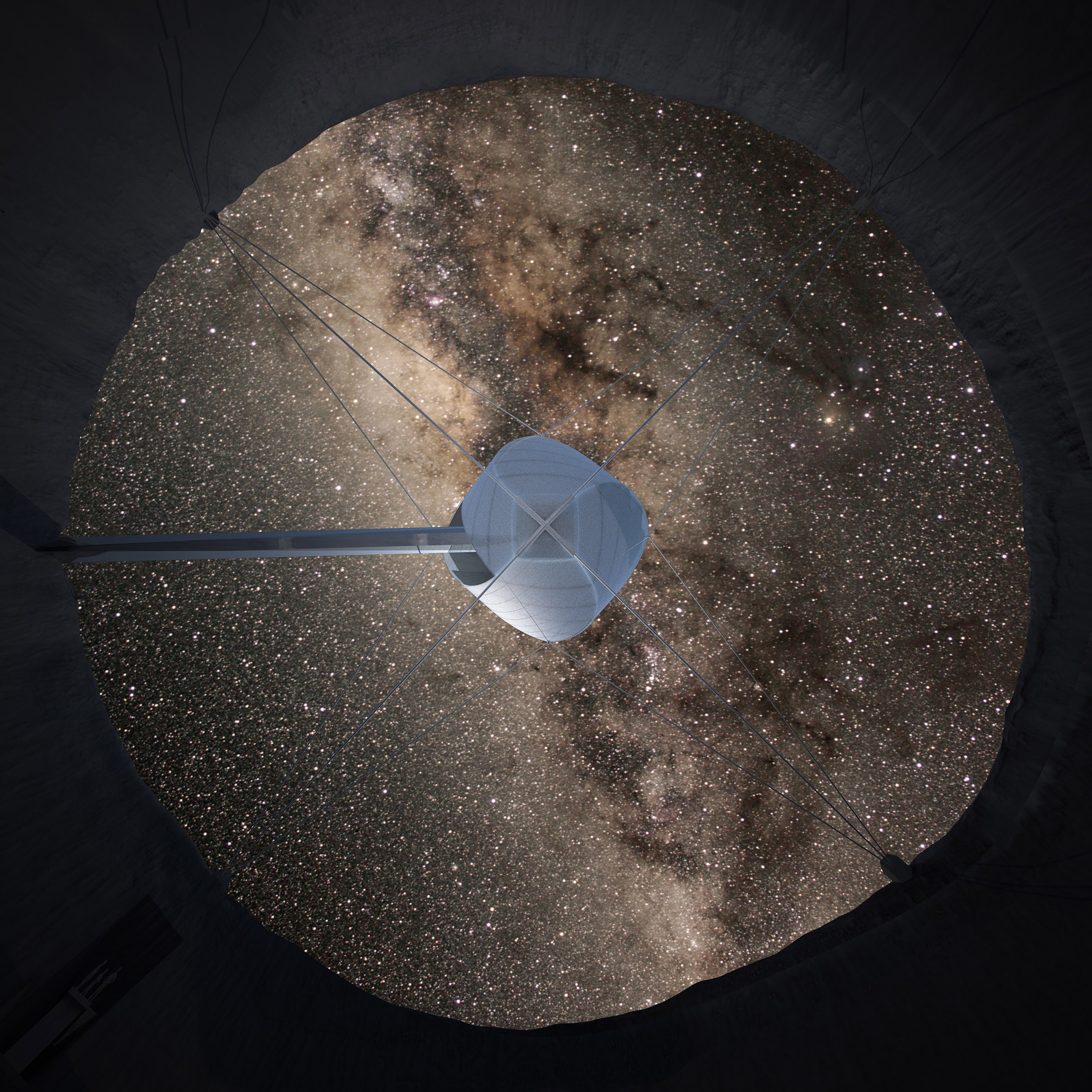 The campus will also feature a Moon Environment Simulation Building, which will contain a recreation of the Moon’s rocky terrain, and a Research and Development Centre.

In America, TEN Arquitectos is currently building the NASA Research Support Center on the government space program’s existing campus. NASA recently named the winners of its competition to design a 3D-printed space habitat  for Mars. A team from Arkansas called Zopherus won with its system of modular pods and egg-shaped containers.

The post Japanese space research centre will be suspended over moon-like crater appeared first on Dezeen.