Australian architect Nicholas Gurney has used bespoke joinery, sliding partitions and moveable furniture to make the most of limited space inside this 24-square-metre apartment in Sydney. 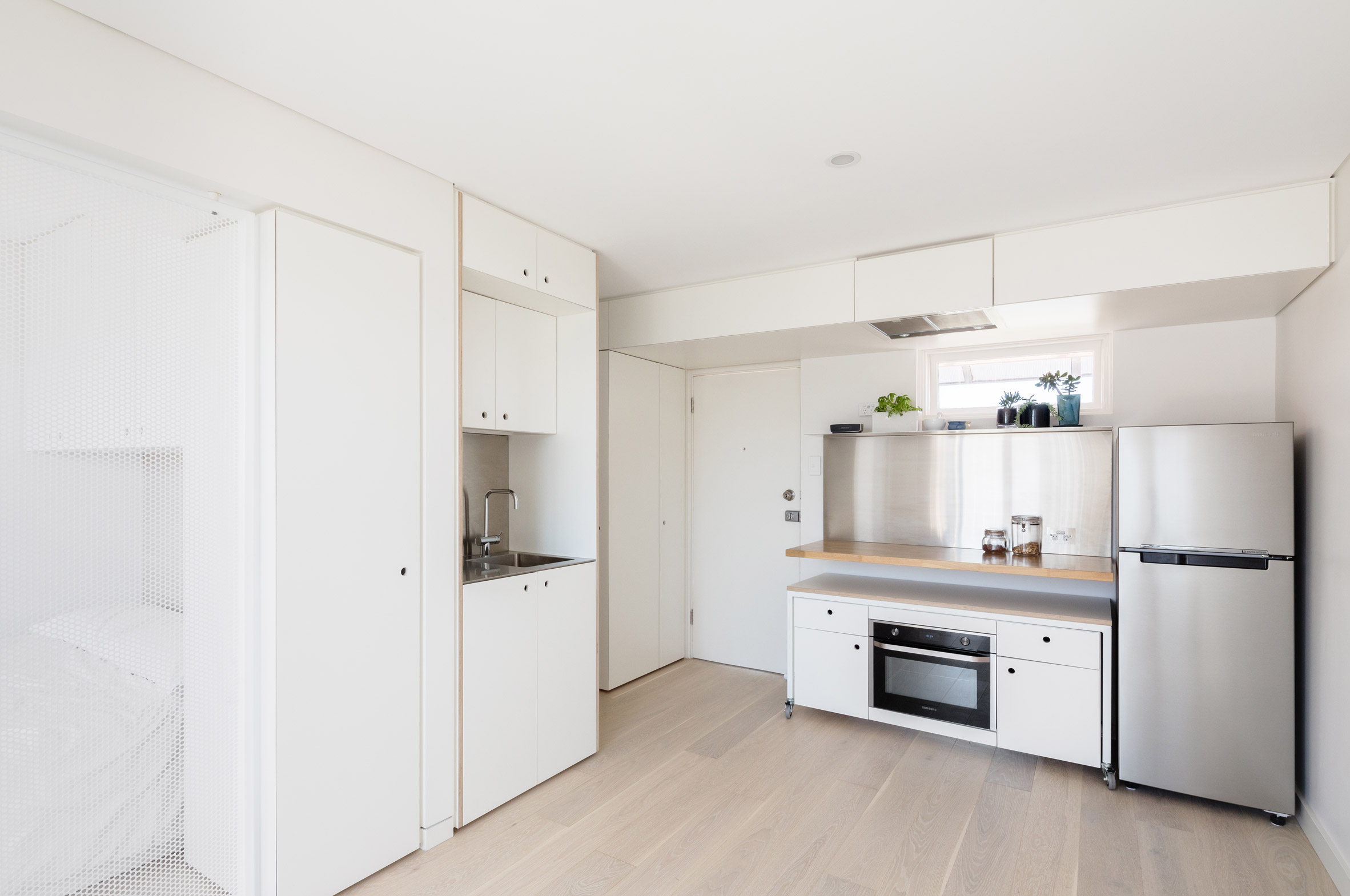 The home, re-modelled for a newly married couple, is one of a number of small-scale apartments designed by Sydney-based Gurney.

To make sure each of the clients’ belongings has its own place in the space-tight apartment, he followed a Japanese method of organisation known as 5S. The five principles – sort, straighten, shine, standardise and sustain – aim to encourage a more disciplined and efficient use of the space.

In accordance with this, the clients were asked to compile a list of belongings so that storage could be designed correspondingly. 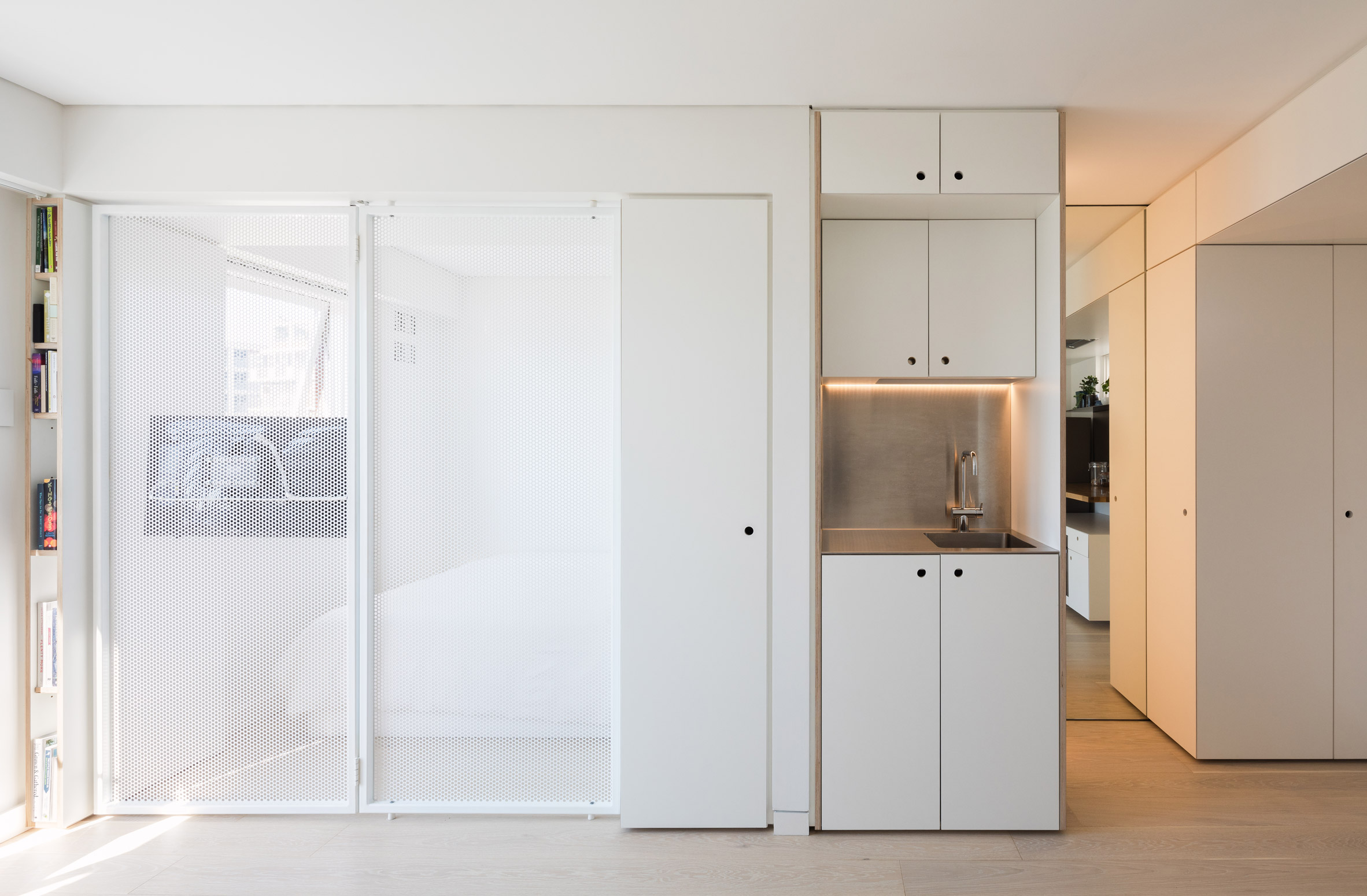 “The 5S apartment promotes living with less. It was intended the design deliberately place importance on selecting, organising and caring for one’s belongings,” said Gurney, who is one of a growing number of architects and designers looking to Japan for interior inspiration. 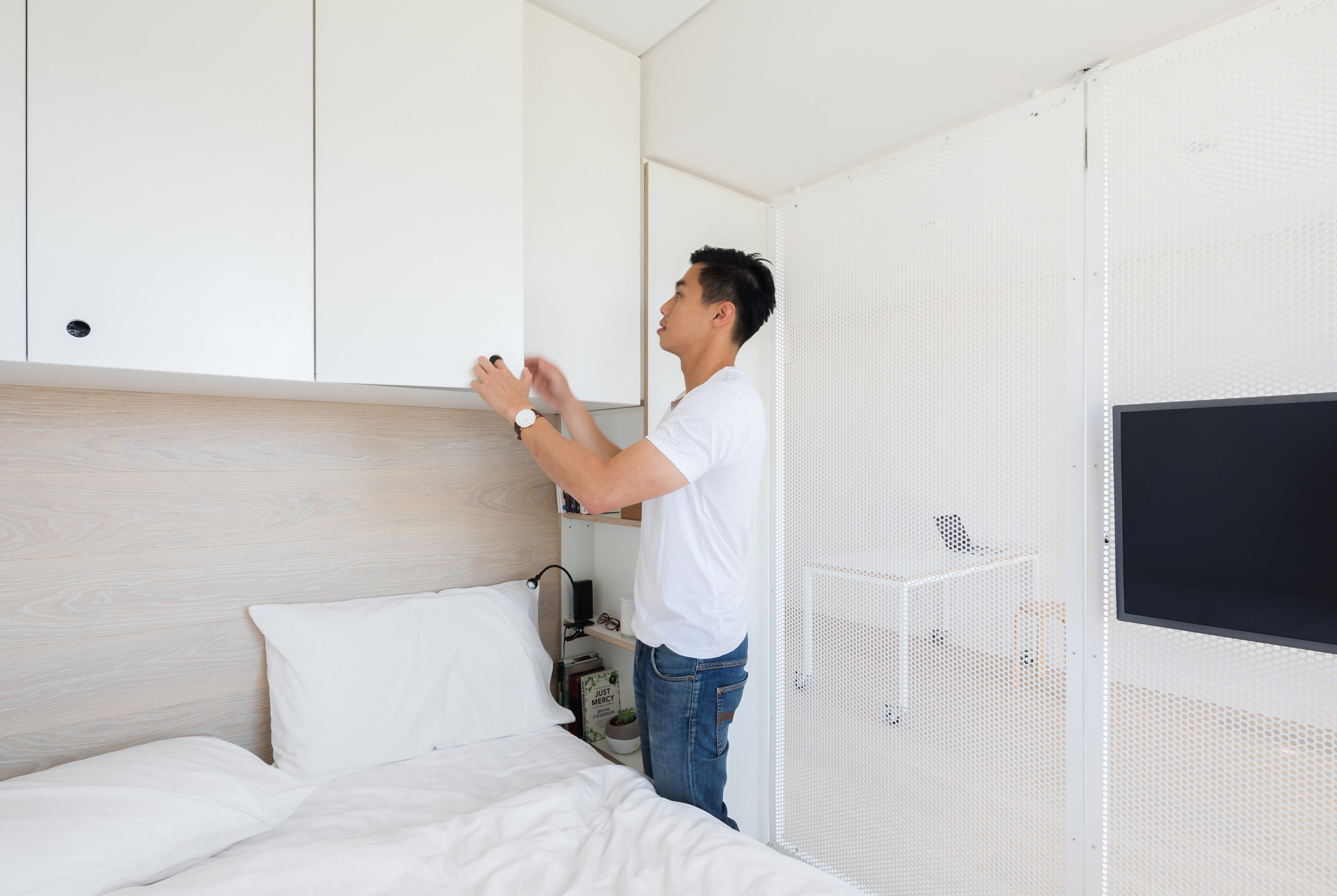 Bespoke and streamlined joinery is used throughout to provide ample storage. The same joinery continues into the bathroom and bedroom, consolidating the overall aesthetic.

To maximise efficiency within the kitchen, ‘wet’ and ‘dry’ areas were created – with the dry preparation area being located closer to the entertaining space and the wet area hidden from guests’ sight. 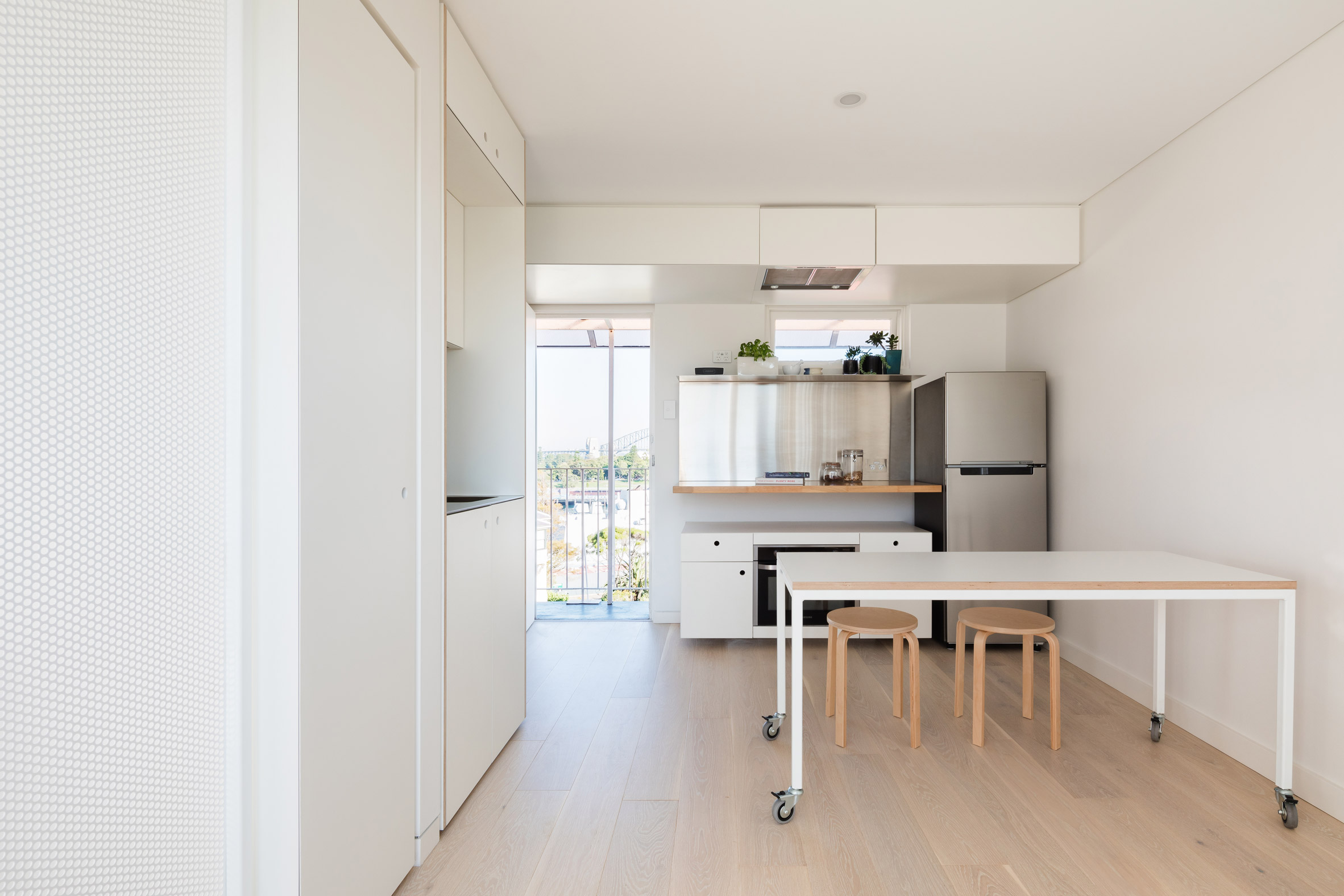 A space for entertaining friends and family was a key requirement, and achieved by creating a single open-plan space that could be used flexibly by the couple. 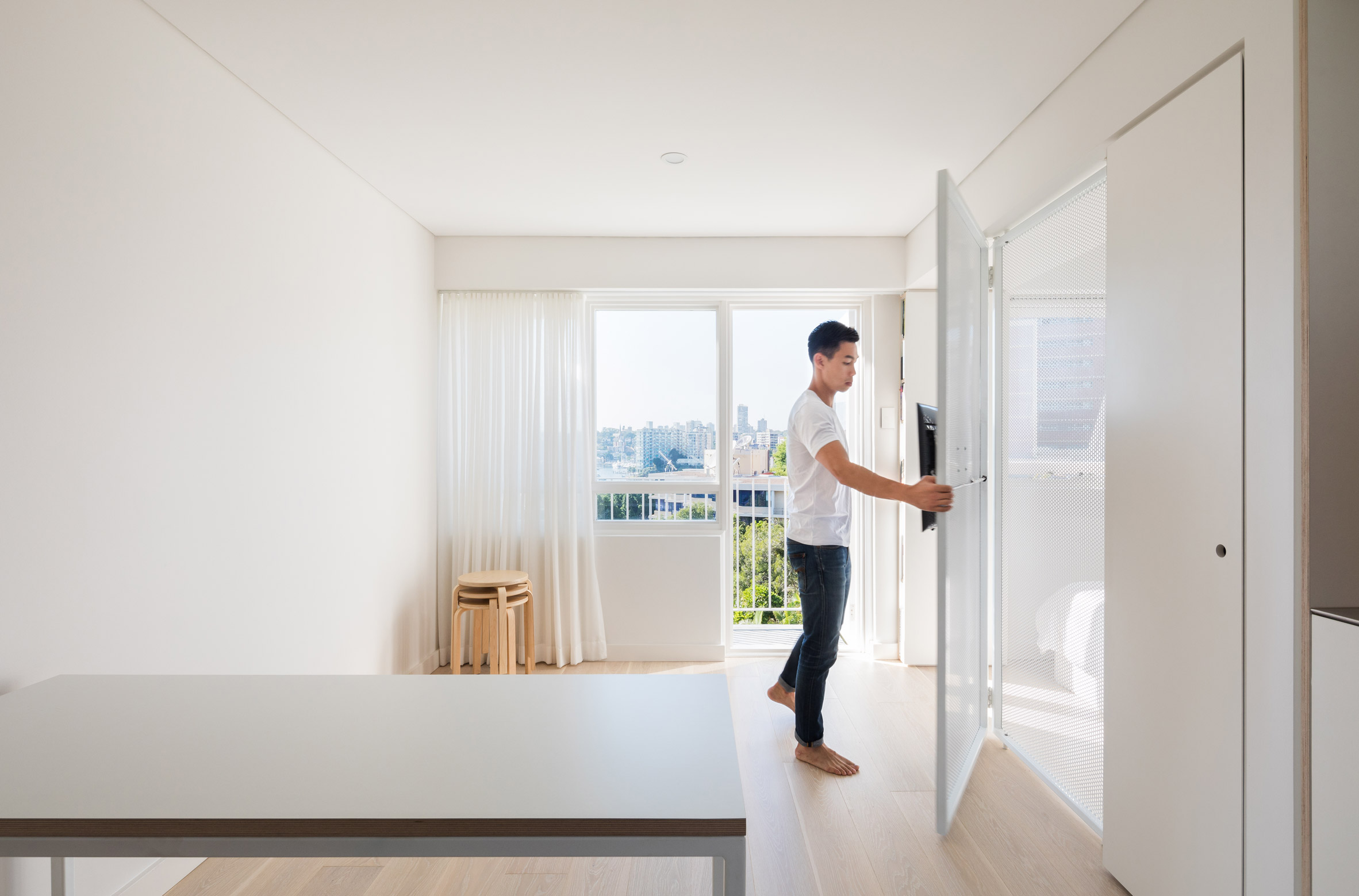 A folding, perforated wall divides the bedroom and living area while still allowing light and air to permeate through. The wall also houses a flat screen television that rotates 180 degrees so it can be seen from both spaces.

“The design elevates a seemingly one dimensional space and in doing so, confidently dispels conventional notions surrounding small space living and provides considerable quality of life for the inhabitants,” said Gurney. 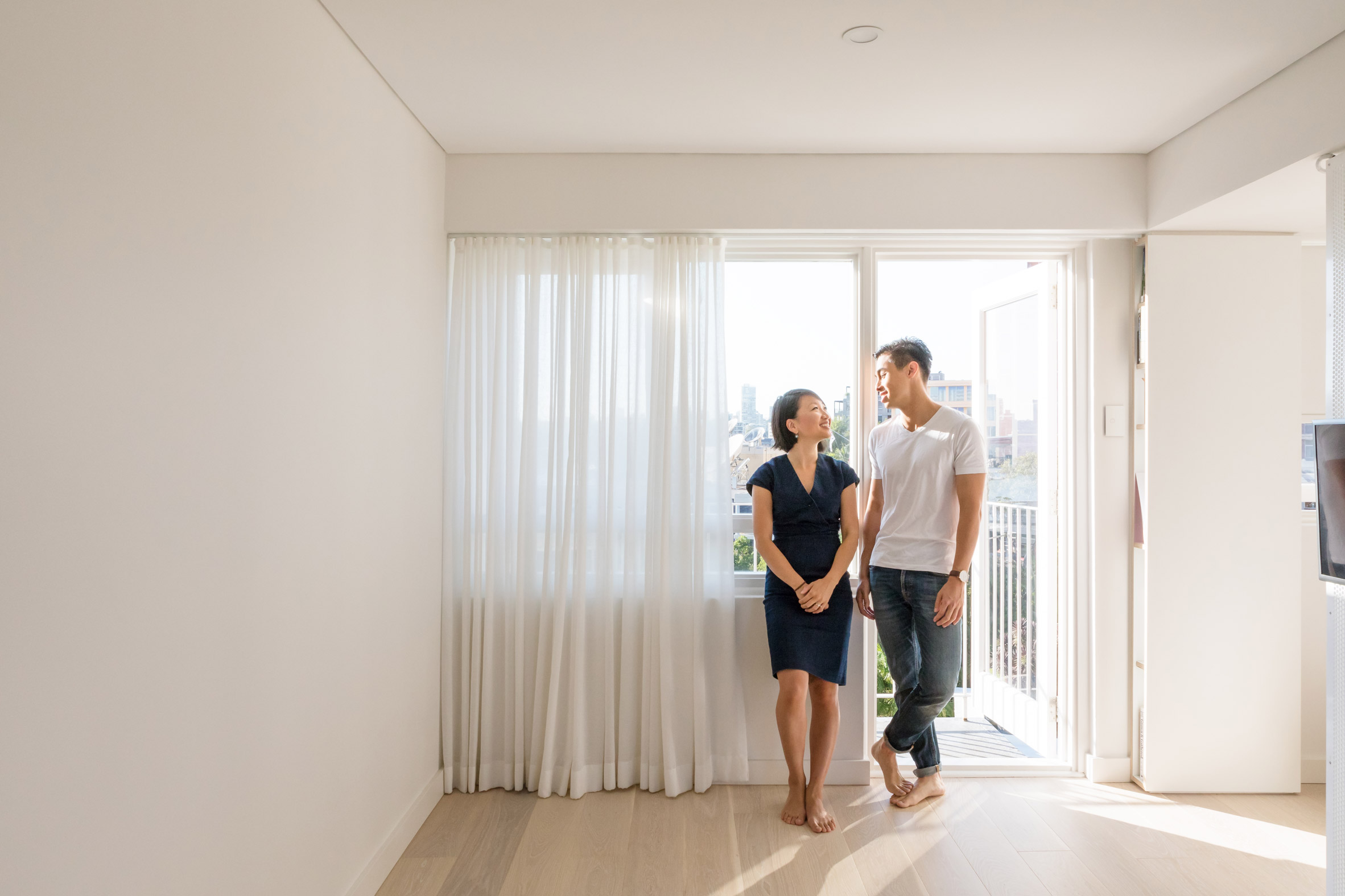 Small-space living has become the norm in large cities with astronomical property prices, and designers are being forced to come up with inventive and space-saving layouts.

Another example is a tiny urban apartment by London practice CIAO, which makes use of every inch of space with space-saving furniture, while in Hong Kong, a flat by Design Eight Five Two features minimalist sliding walls to divide up the space. 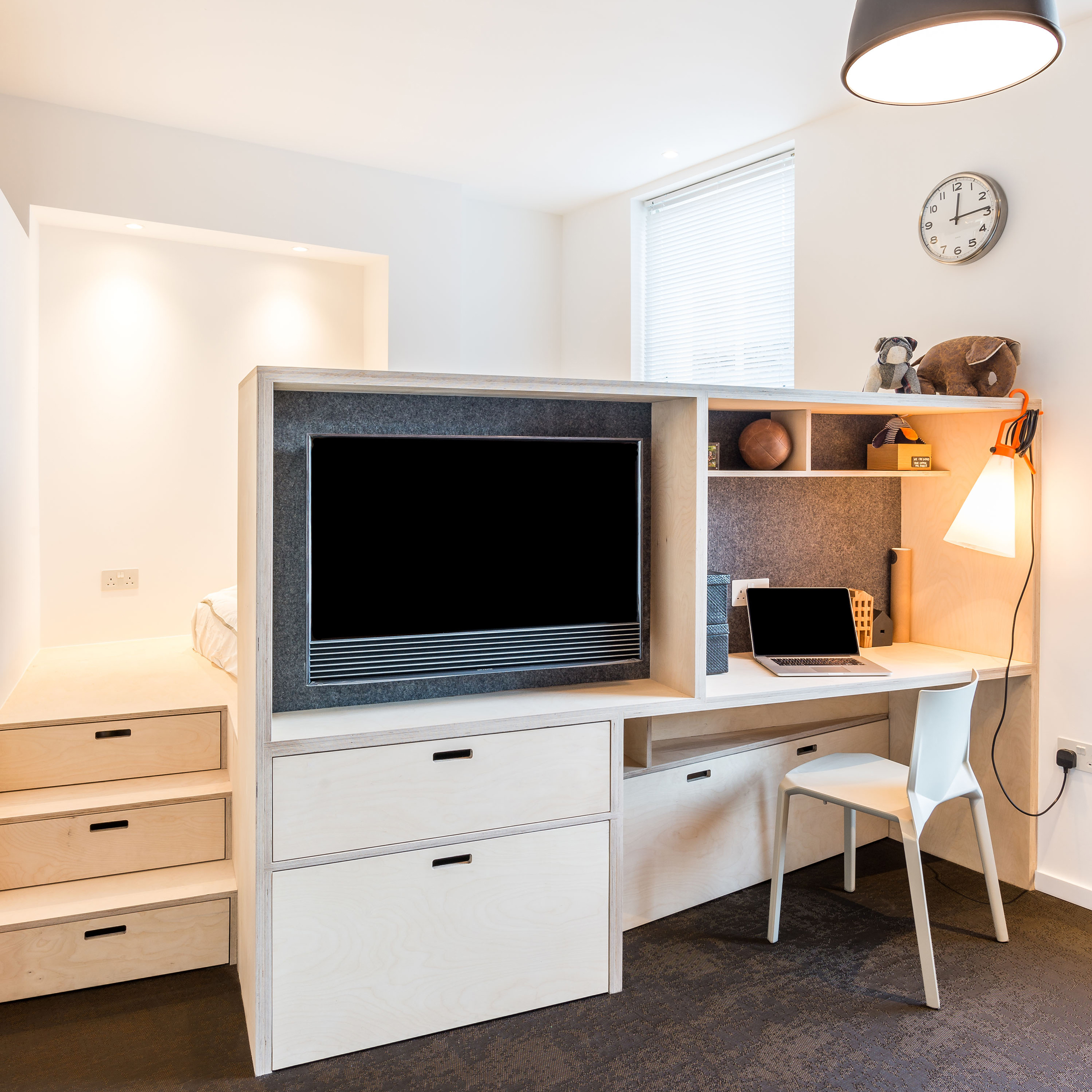