A+Awards: landscaped circles accommodate different activities at the centre of the redeveloped Navy Yards in Philadelphia, designed by James Corner Field Operations and a winner at the 2016 Architizer A+Awards.

The Central Green sits at the heart of the former boat-building docks in the south of the city, which have undergone extensive regeneration into a corporate campus. The site includes an office facility by BIG with a facade that curves like the bow of a ship. 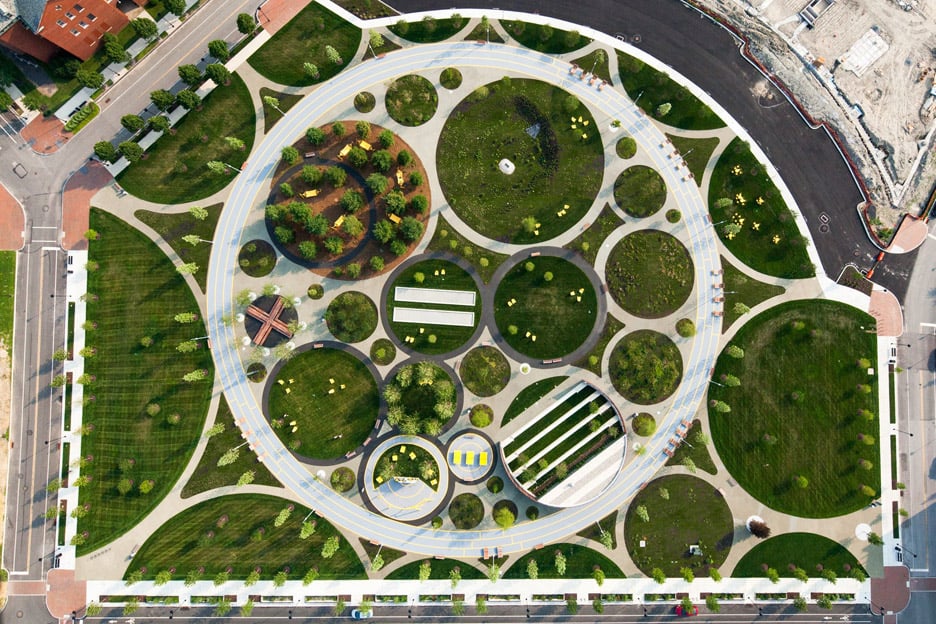 New York-based landscape architecture firm James Corner Field Operations – which worked on the High Line – was tasked with turning the five acres (two hectares) of open space into a outdoor activity hub for those working in the area.

“The site was historically marked by wetlands, meadows and bird habitat, and is growing into Philadelphia’s most innovative and progressive corporate neighbourhood,” said the studio. 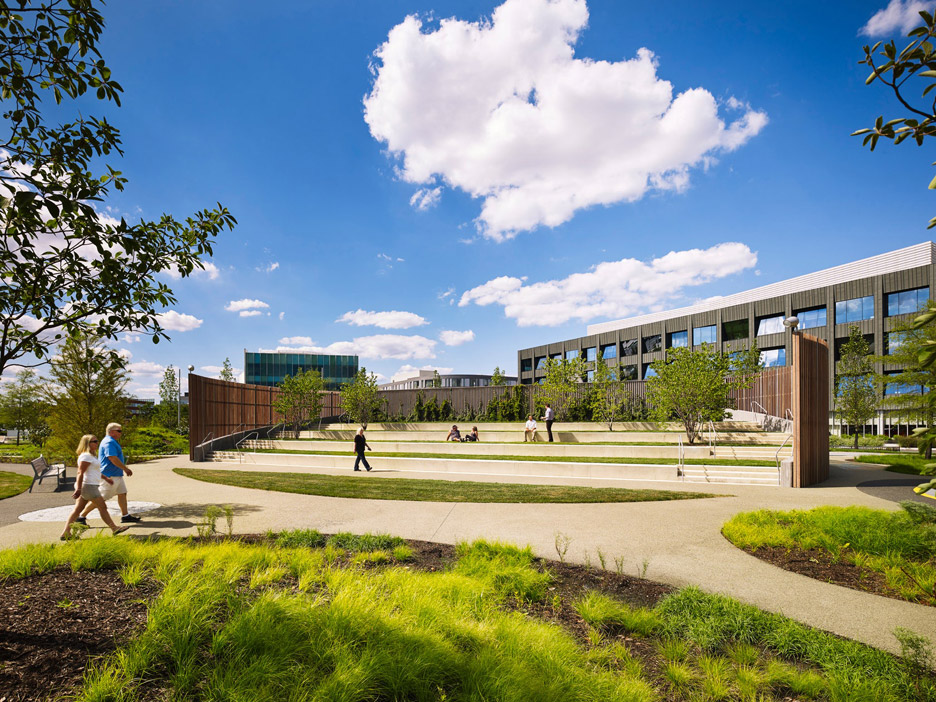 “The design unites the cutting-edge urban potential of the site with its native habitat, resulting in a new type of environment that is sustainable, green and natural as well as social, active and urban.”

Field Operations chose circles to organise the site plan. An outer ring, which acts as a running track, contains smaller round patches of various sizes that are each assigned a different function. 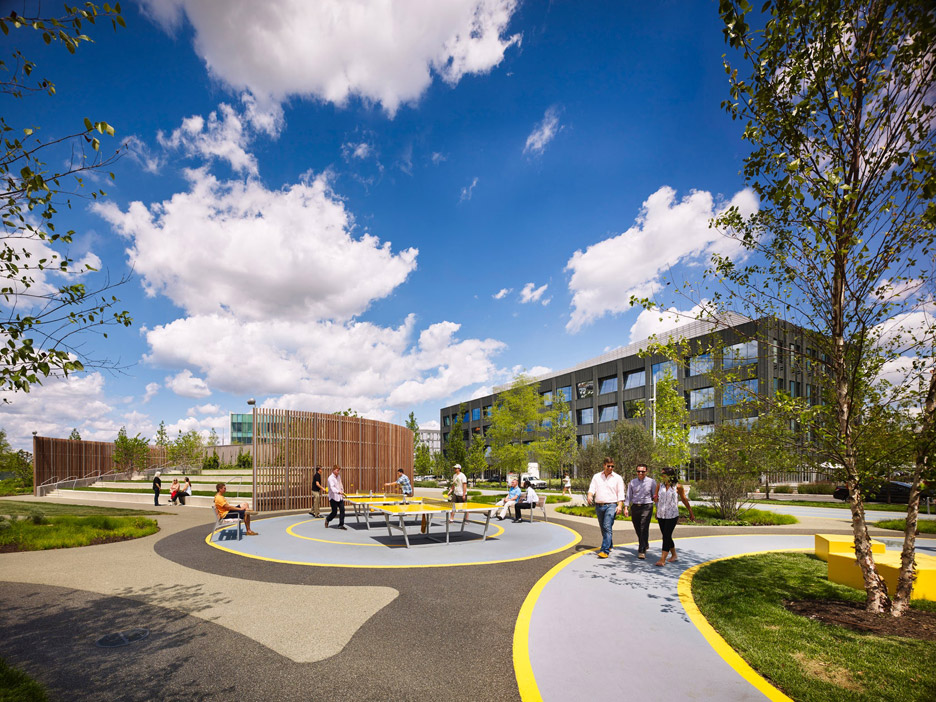 Some are simply planted, while others host performance spaces, seating areas and gym equipment. 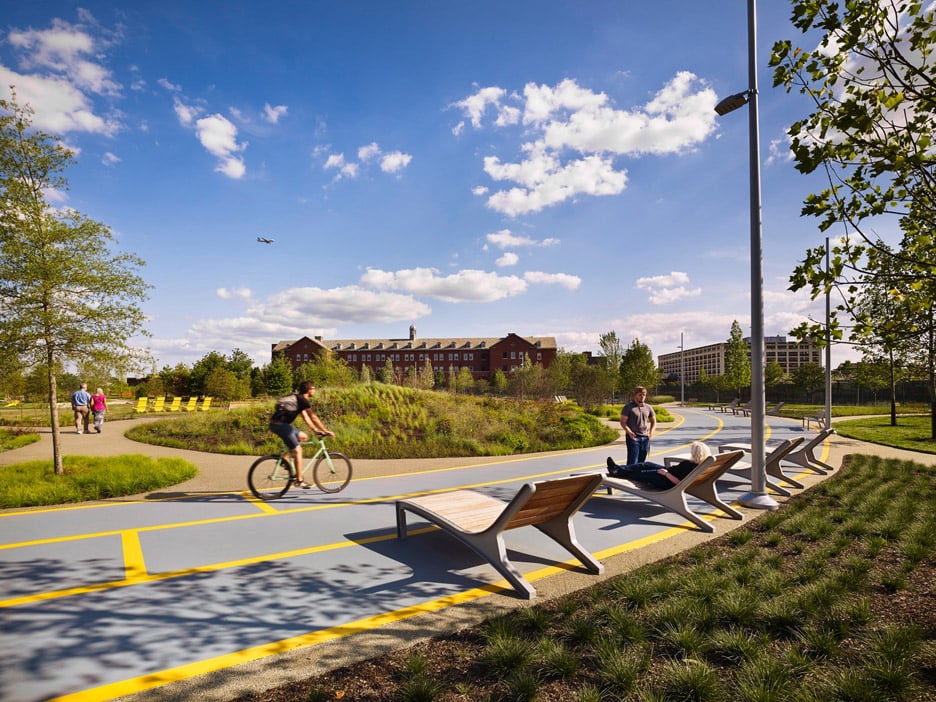 Gravel pathways meander between the circles and fan out past the light-blue track to link to the surrounding streets.

Furniture, floor markings and wayfinding posts across the site are picked out in bright yellow. 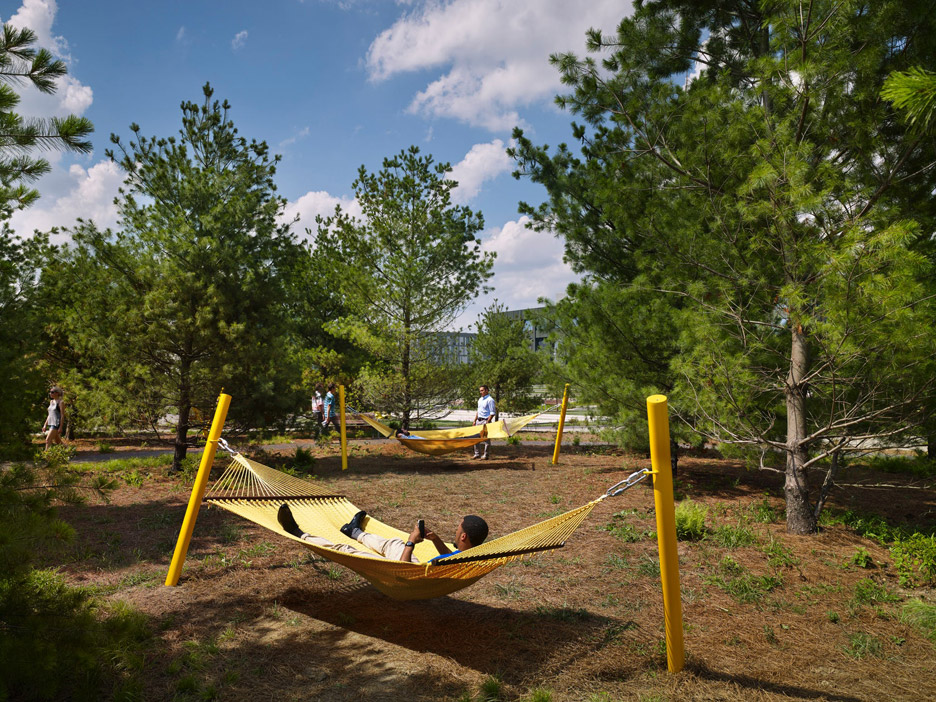 The Philadelphia Navy Yards Central Green was completed in 2015, and was the Popular Winner in Public Park category at the 2016 A+Awards.

Organised by Architizer, the awards promote and celebrate the year’s best projects and products. 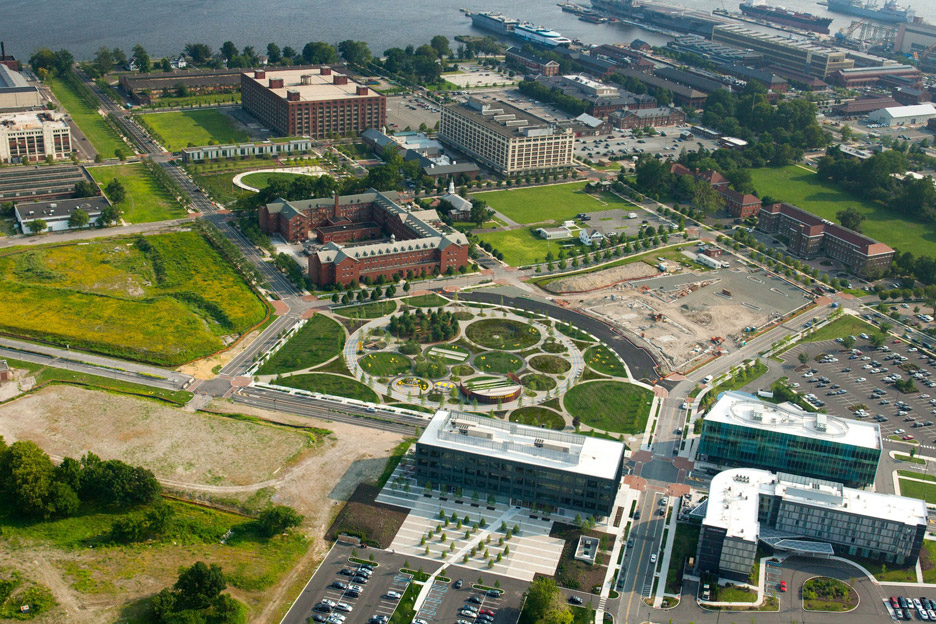 Their stated mission is to nurture the appreciation of meaningful architecture in the world and champion its potential for a positive impact on everyday life.

Find out more about the A+Awards › 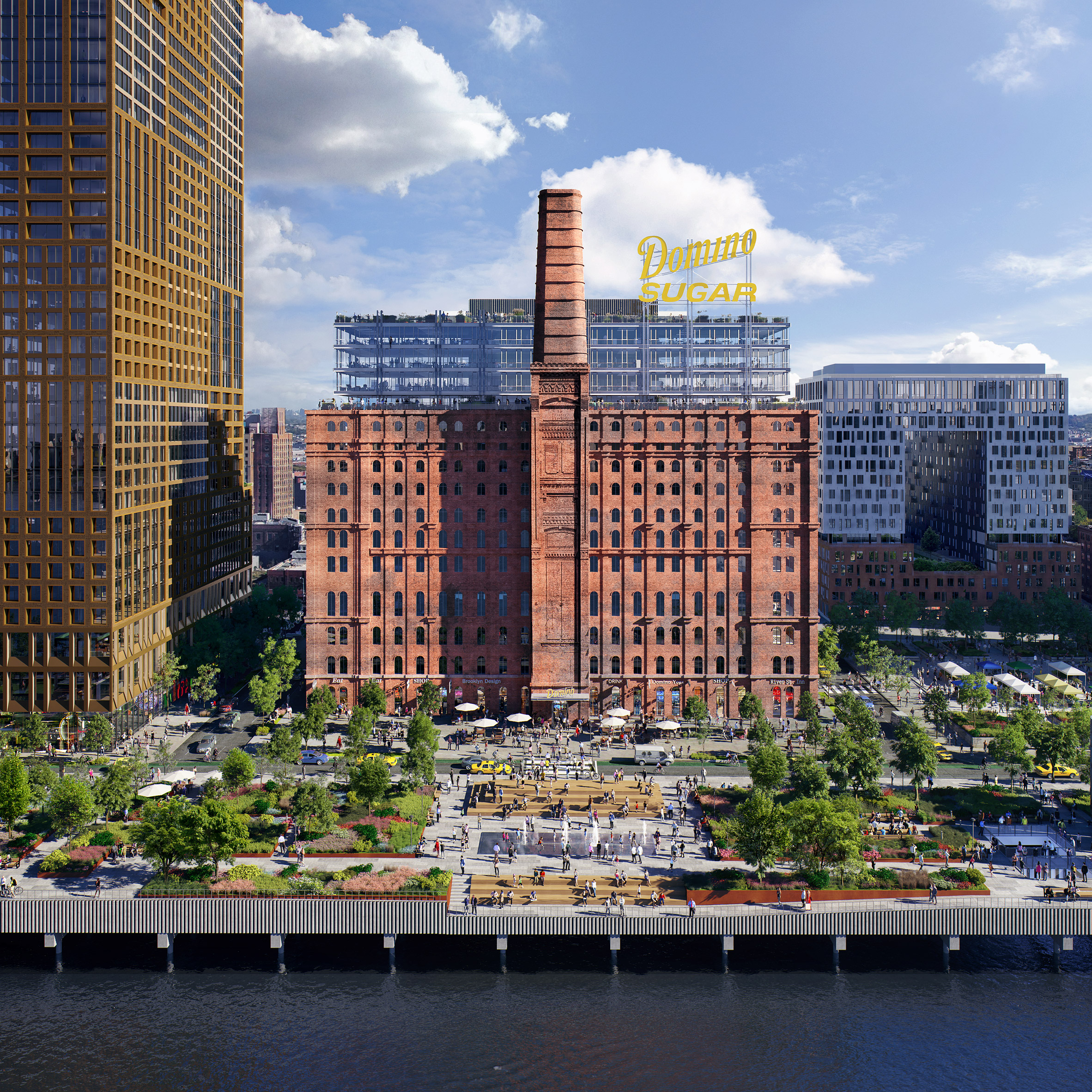