Five years after an avalanche destroyed a chapel belonging to a group of farmers in the Austrian alps, local firm Innauer-Matt Architekten has completed a replacement featuring a steeply pitched roof and concrete walls inset with flat stones. 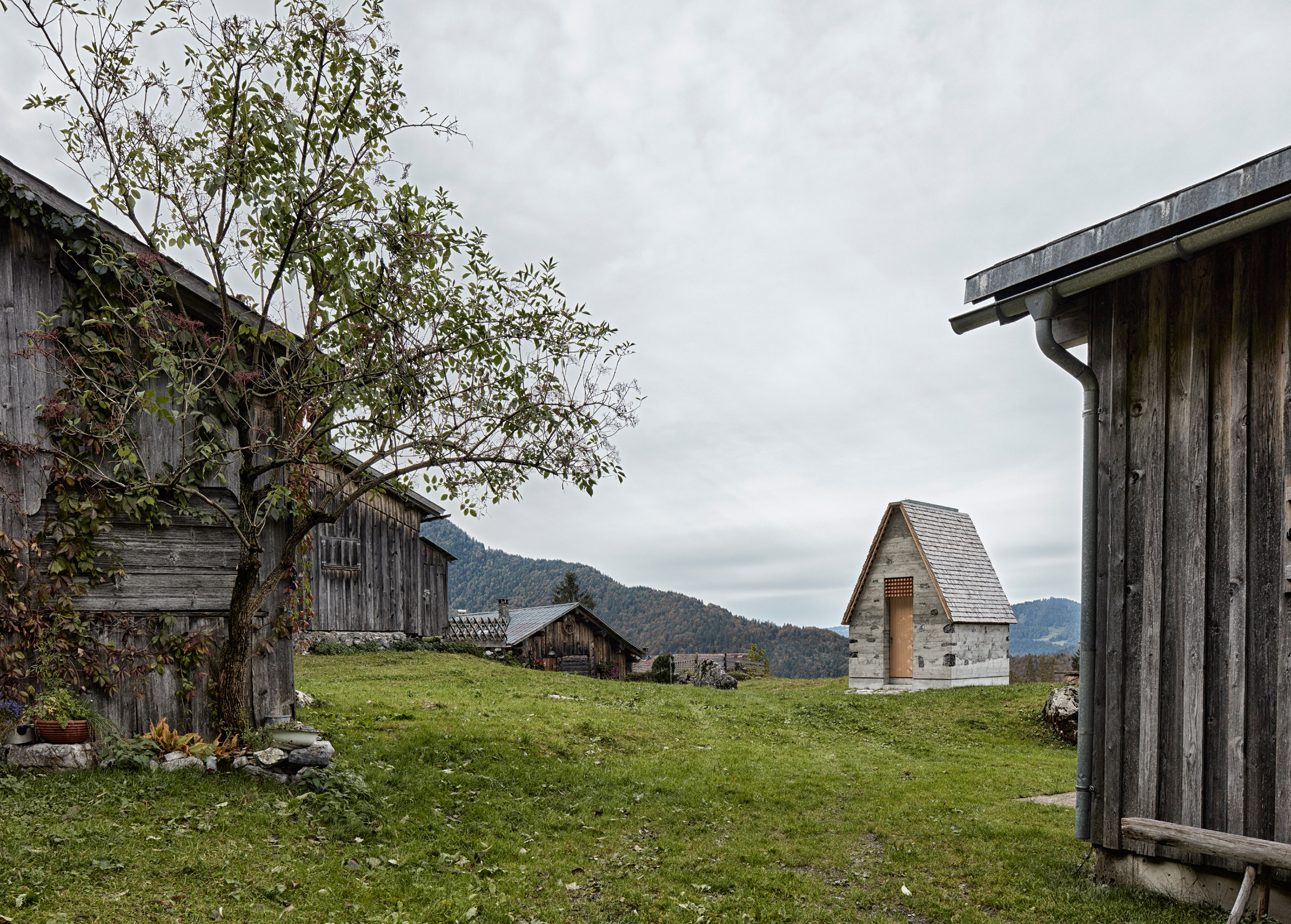 The chapel is located in the Bregenzerwald valley in western Austria, where the transhumance farming method is still practised and livestock is moved between winter and summer pastures.

Innauer-Matt Architekten designed the building for a cooperative of farmers that owns and occupies a pasture area called Wirmboden, situated at the base of the Kanisfluh mountain. 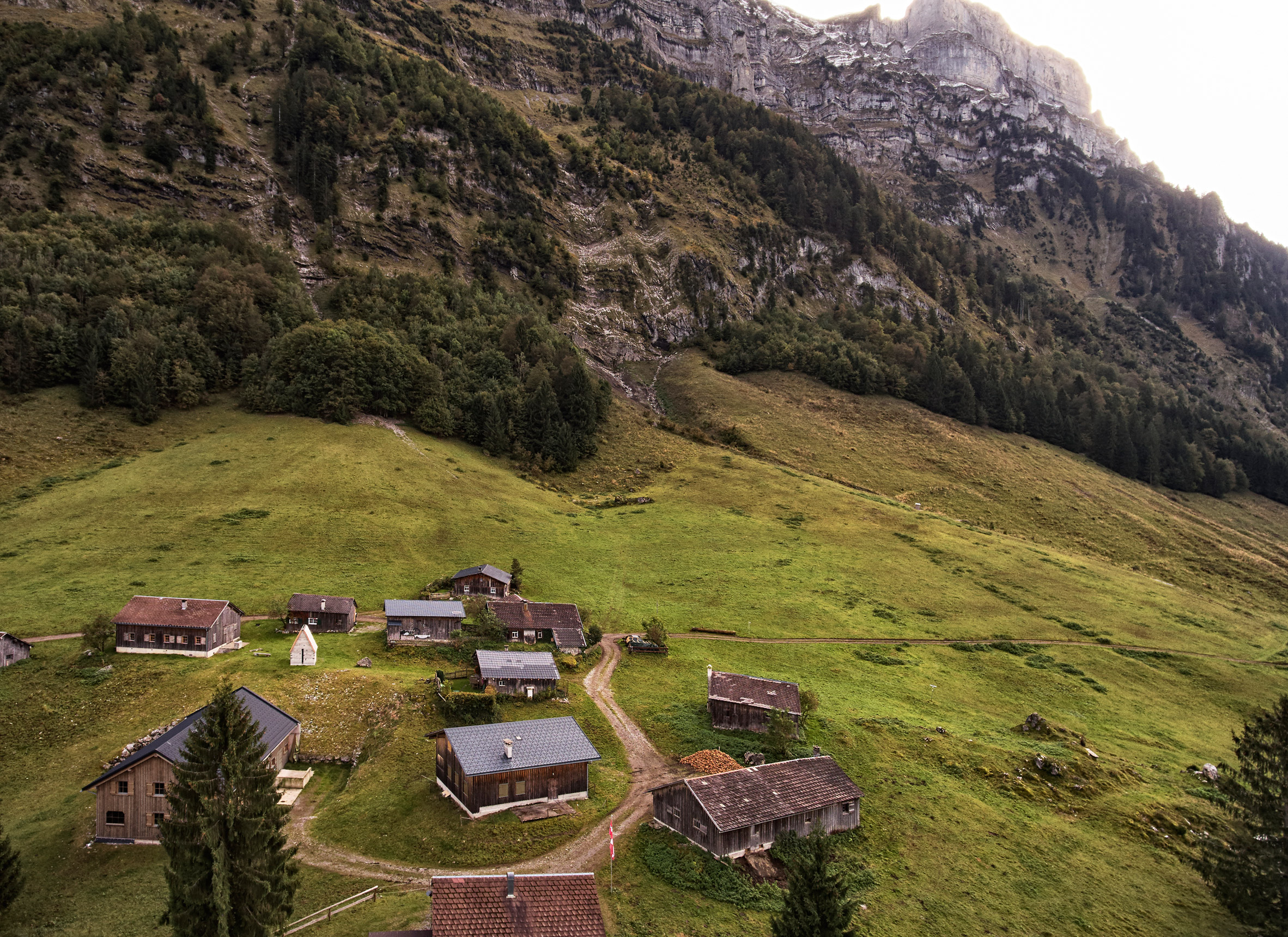 Wirmboden’s previous chapel had stood for 32 years before it was ruined by an avalanche in 2012 that also destroyed several of the farmers’ huts.

The studio’s task was to develop a proposal for a new building that was acceptable to the whole community and would eventually be built by them over the course of three years.

“With the client being a collective of farmers, each with their own differing opinion, the difficulties were not so much of architectural but rather of interpersonal nature,” suggested the architects.

“What we see now at Wirmboden is a symbol for the collective spirit of this very diverse group of people.” 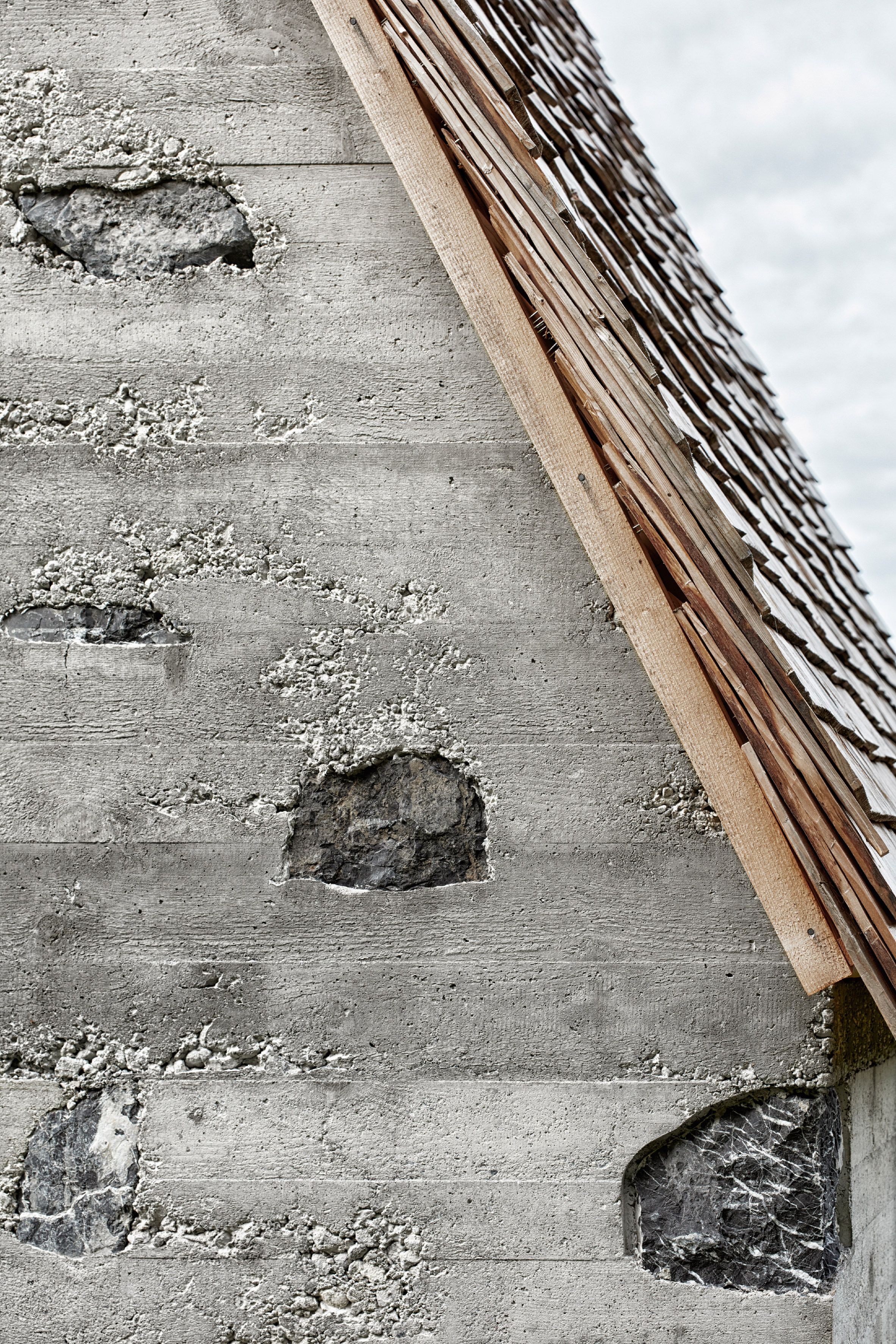 The chapel’s compact form and tall gables are intended to complement the existing buildings and the region’s architectural vernacular, as well as referencing traditional religious buildings.

The steep roof helps to prevent snow building up and is constructed using narrowly spaced spruce rafters that can resist heavy loads. Rough-split shingles covering the roof will age naturally over time. 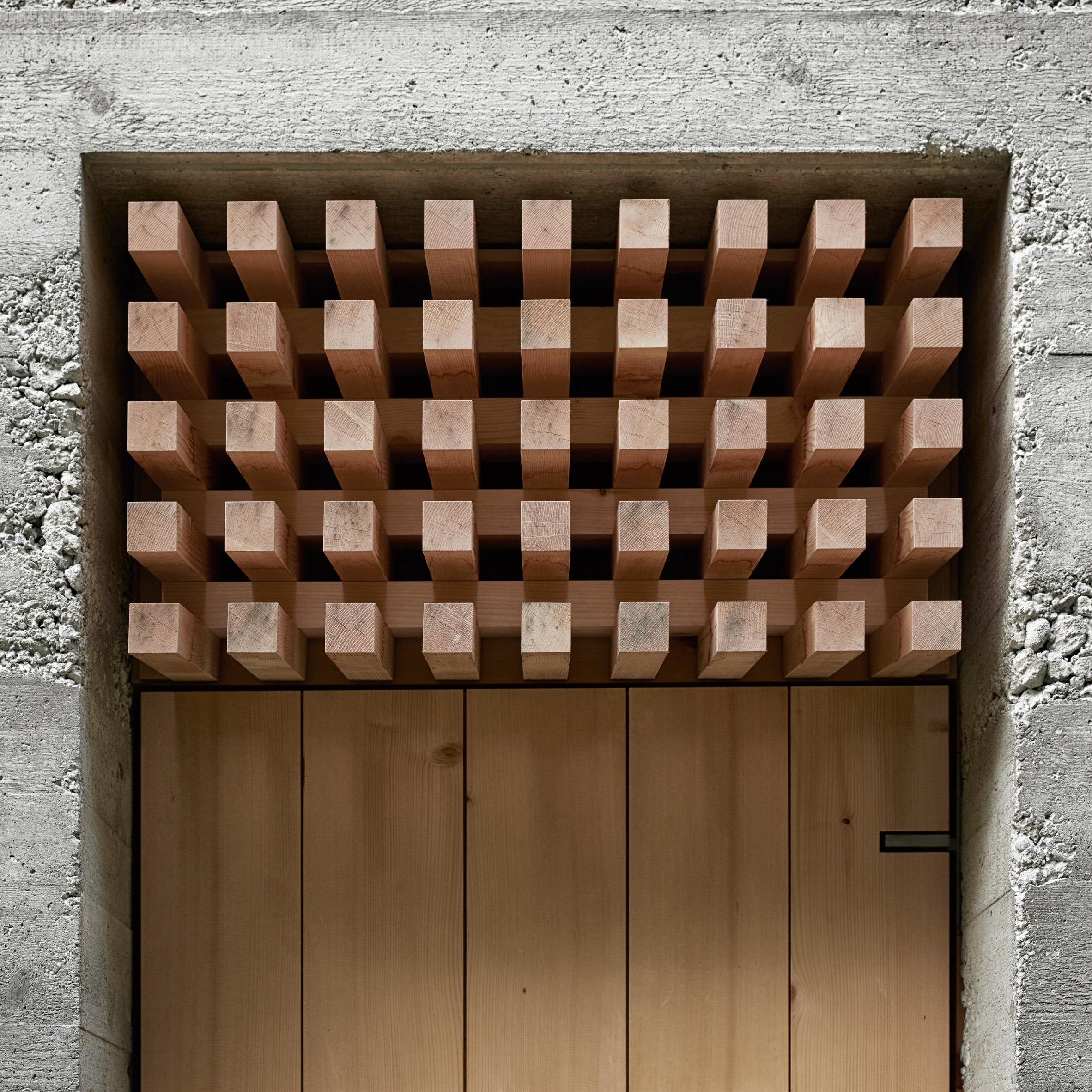 Walls made from tamped concrete incorporate stones gathered from the site, with a narrow wooden door opening into the six-square-metre oratory.

The same German spruce used for the rafters also forms the door and the bell space above it, which comprises perpendicular battens creating a perforated three-dimensional surface. This wood is more typically used to make musical instruments due to its excellent acoustic properties. 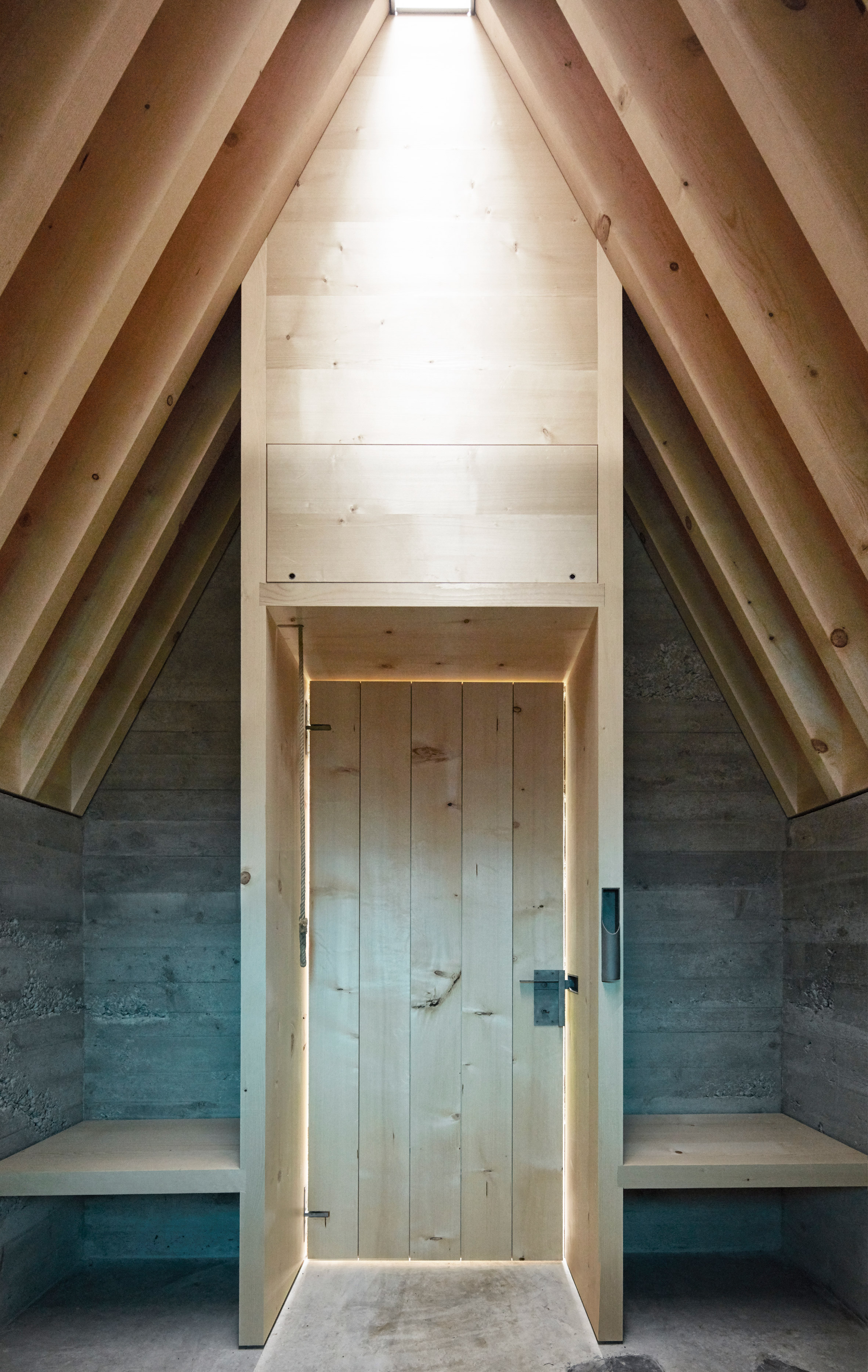 Natural light enters the building through a narrow opening at the apex of the roof, which is lined with blasted stainless steel.

Daylight also filters through a vertical slot window containing blue glass, contributing to what the architects described as an “ethereal, contemplative atmosphere”. 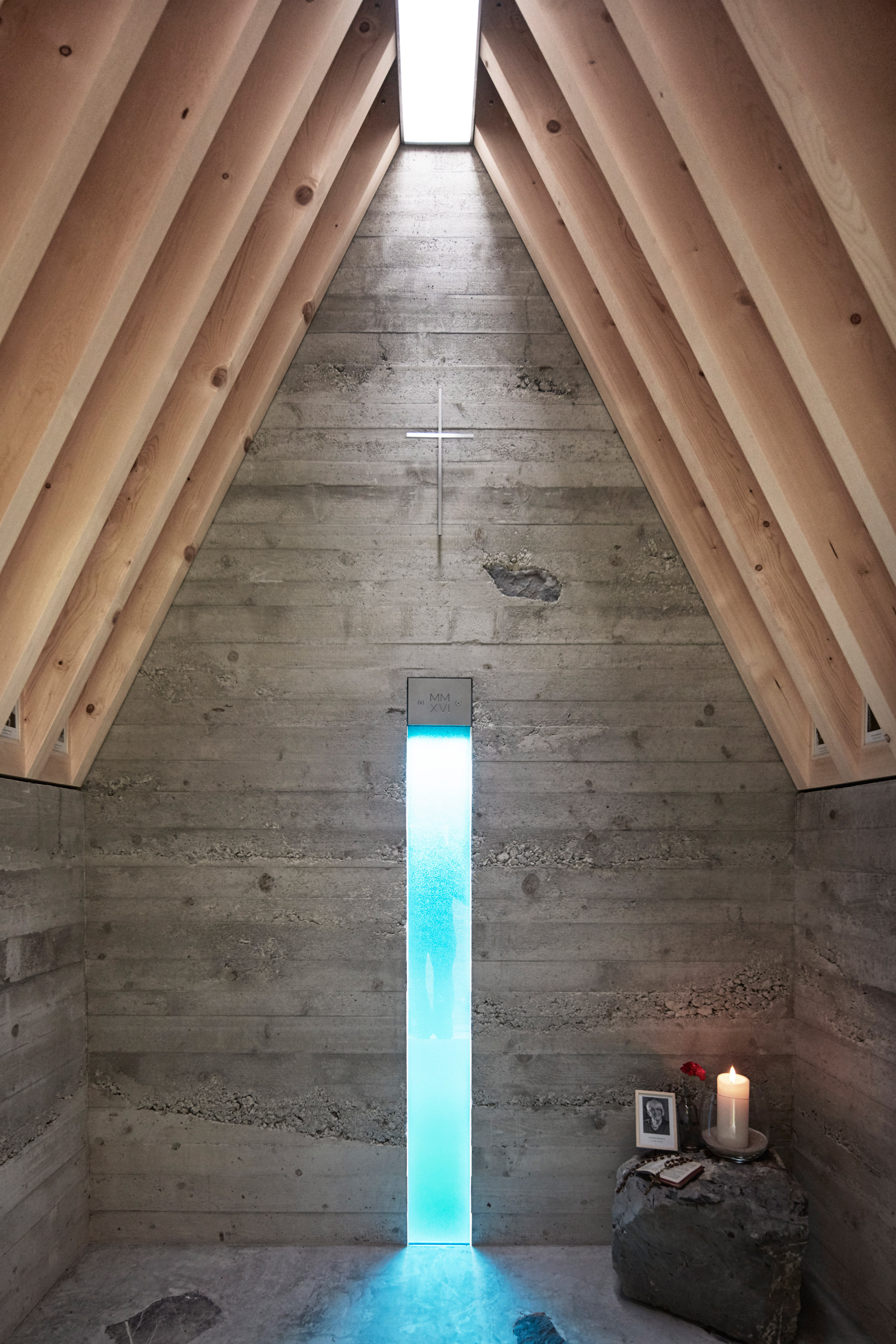 “With its simple and humble interior, the chapel is first and foremost a place of commemoration and reflection,” added the studio, which has previously completed a house clad in vertical strips of spruce and a two-storey property wrapped in a lattice of wood.

Almost every member of the Wirmboden collective contributed practical skills to the construction of the chapel, which now provides them with a place for casual meetings, prayer, memorials and celebrations. 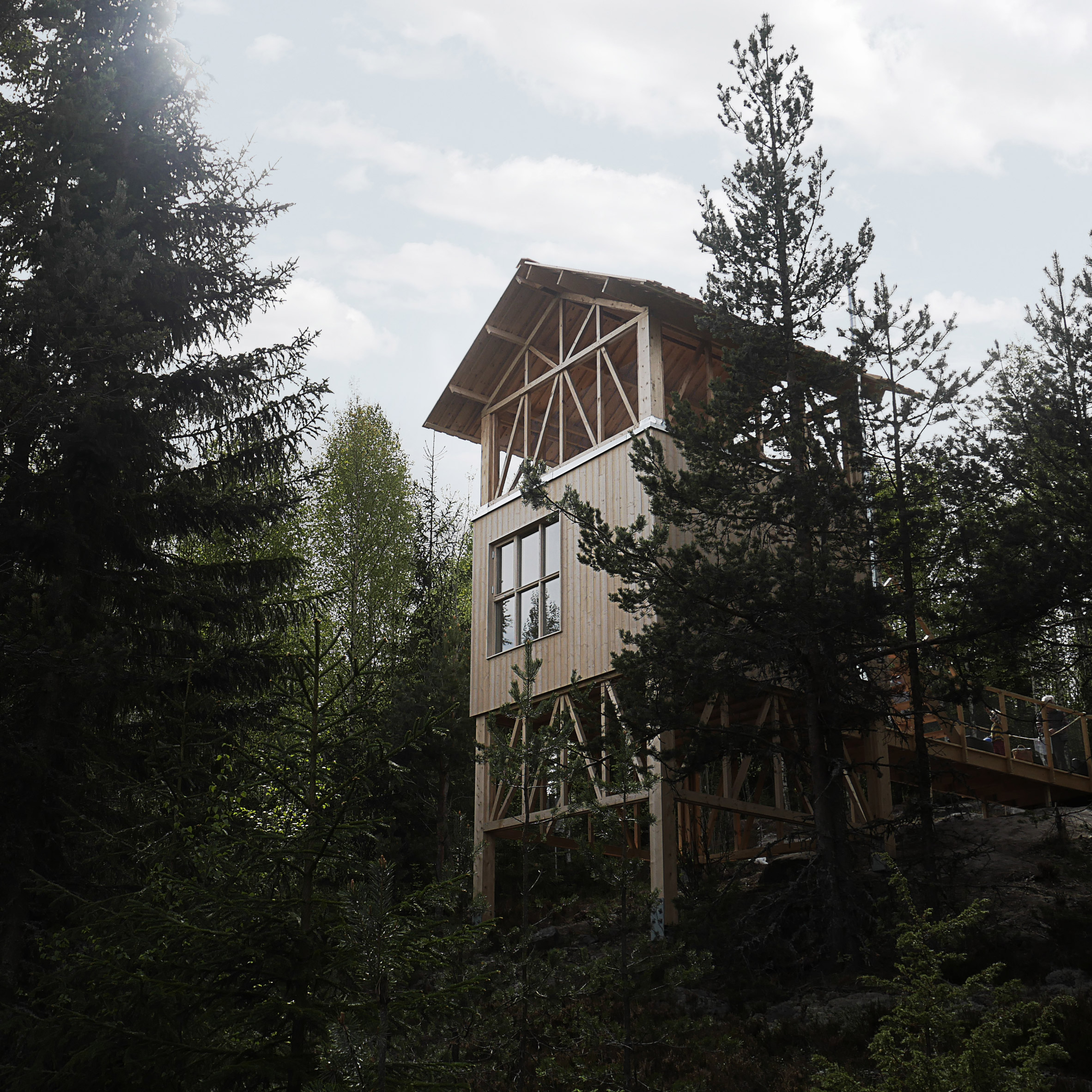