Engineers from WSP are working with architects at Innovation Imperative to create a carbon neutral modular hotel made from groups of concrete pods.

Each of the futuristic faceted pods, which appear to teeter on a tapered point, would be made from reinforced concrete panels.

According to the engineers the panels would be made from local materials and fabricated onsite, allowing the concept to be released in remote and geographically interesting locations. 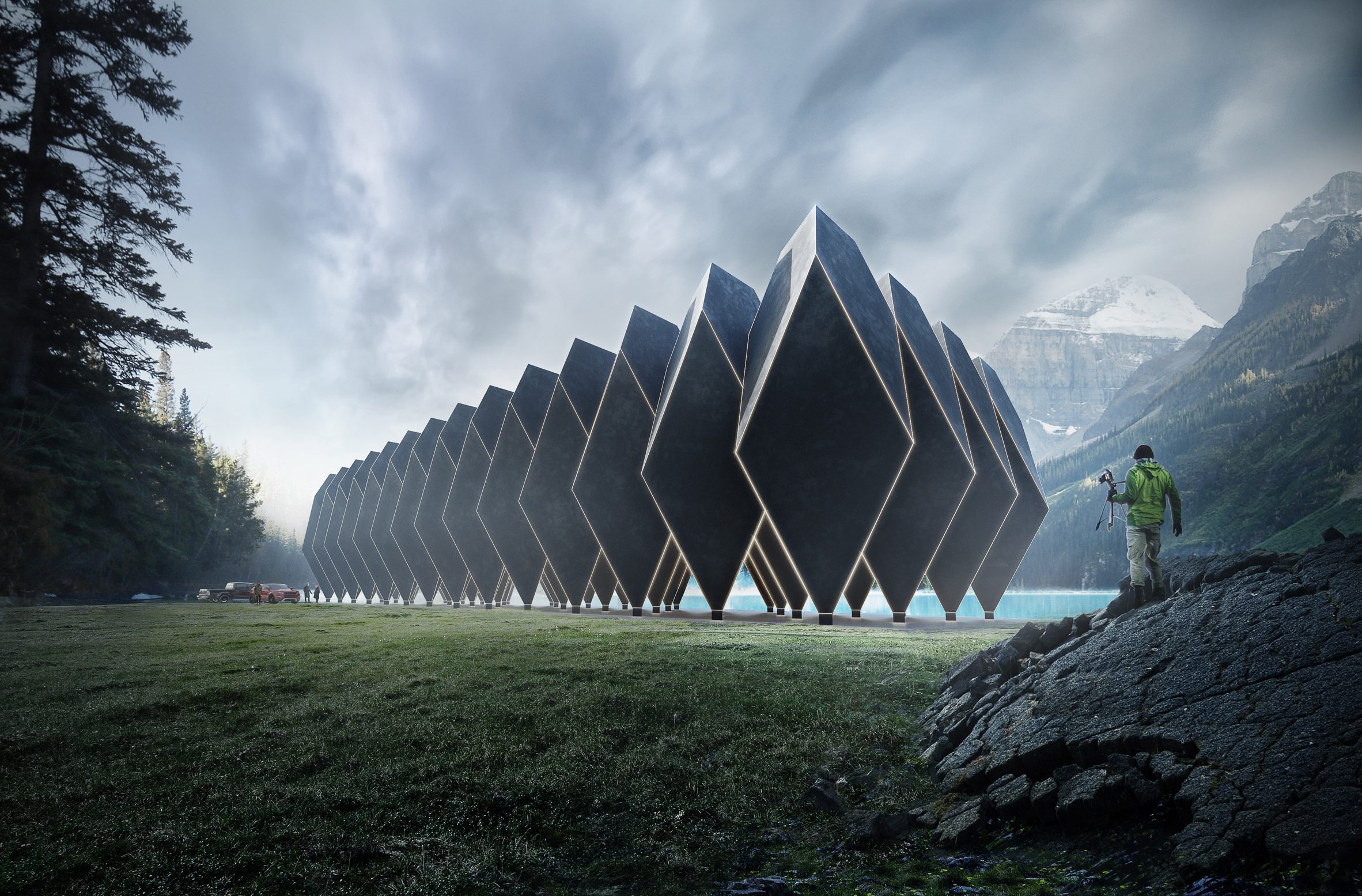 “Remote construction is one of the key drivers of the design,” Ross Harvey, technical director at WSP told Dezeen.

“The team has worked closely with Lumus Consulting to investigate the use of a mobile field factory, which will give us high quality panel fabrication whilst being onsite, reducing delivery challenges.”

Sites in Cape Verde, Norway, Canada, New Zealand, Spain, Portugal, Andorra, Hungary and the UK are all currently under consideration, with the first locations due to be revealed in the summer of 2018.

WSP was on the team behind Rafael Viñoly’s super-tall 432 Park Avenue, Herzog & de Meuron’s 56 Leonard in New York, and the Renzo Piano-designed Shard in London. 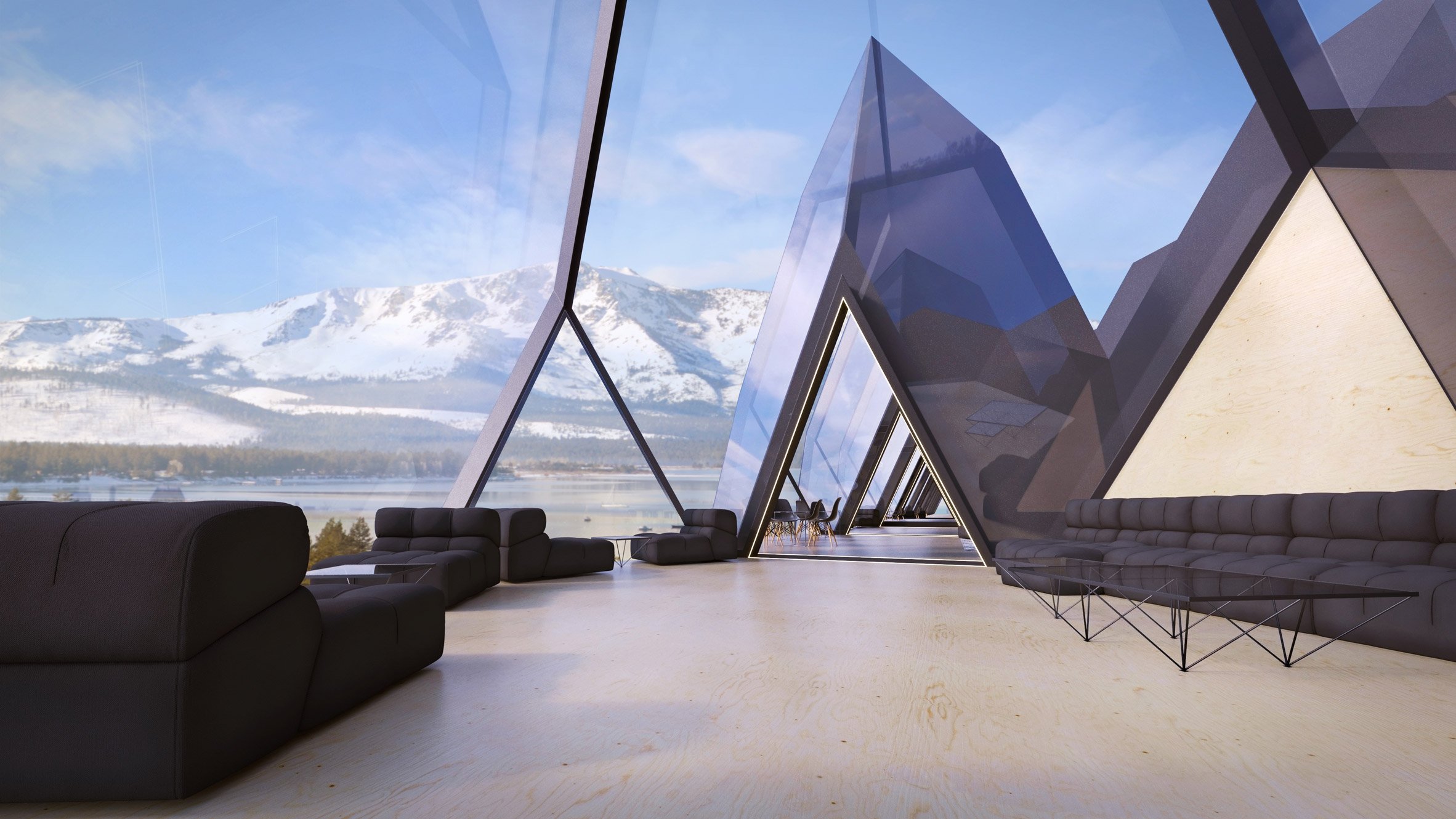 Standing 19-metres tall, the individual Tetra Hotel pods would be laid out in different formations depending on the needs of the hotel and the site.

“The pods are designed to be stable in groups of four, giving endless variety for their arrangement to reflect the architectural designs response to the unique natural forms of the chosen location,” explained Harvey.

The hotel suite pod’s interiors would be laid out on multiple platform levels connected by stairs. A double bed would sit on the topmost platform underneath a large skylight, with a bathroom level beneath it.

On the third level there would be a space for a living area, and at the base an area with a desk. The connecting corridor cuts in to the lower half of the faceted shape. 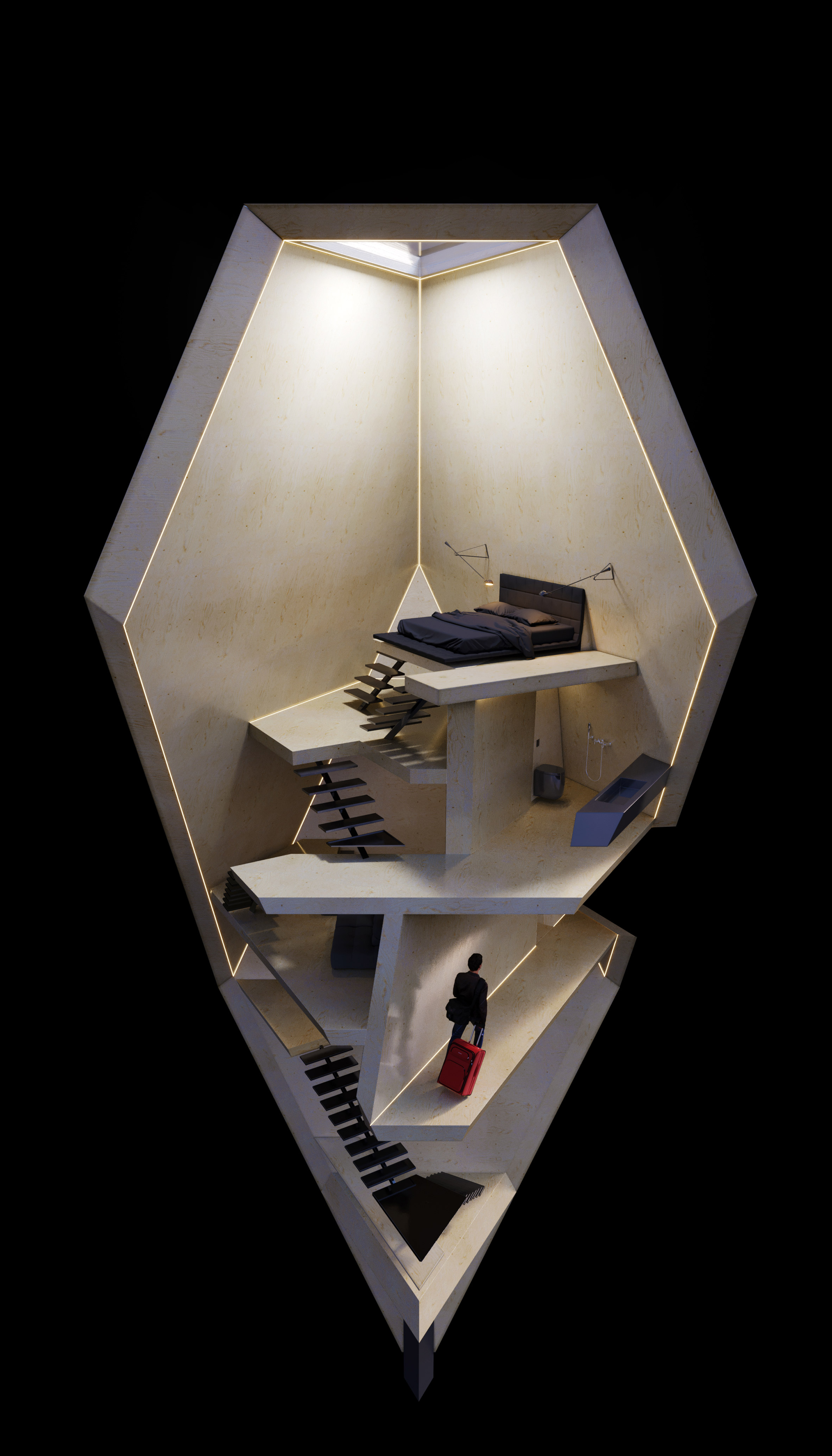 The Tetra team envisages a typical hotel having 42-suites plus amenities. Pods could also host bars, restaurants and spaces for art and design exhibitions and shops. The facades are customisable, so glazed panels can be introduced to create viewing areas in the communal spaces.

Carbon neutrality and low environmental impact are key components of the pod-hotel’s design. The individual modules will bolt on to the rock foundation at the base, requiring minimal foundation work.

“We’ve investigated the thermal performance of the pods and included a sandwich insulation within the concrete skin reducing energy requirements,” said Harvey. “We have also designed in a photovoltaic farm for energy supply and local water source will be used for cooling.”

The collaborative project is the first from WSP’s new design studio, which was formed by the engineering firm’s early career professionals, and is intended as a portal for architects in need of engineering support for their ideas.

Modular architecture and modern technology is opening up all kinds of possibilities for creating hotels in hard-to-reach locations.

Global architecture firm HOK concept hotel envisioned pods powered by drones that could fly clients to remote areas, while design collective Penda came up with a portable hotel made from bamboo that can contract and expand as needed.

The post Hotel of concrete pods proposed by WSP for remote locations appeared first on Dezeen.