Italian studio Duearchitetti has renovated an apartment in an 18th-century building in Varese, which features a central doric column, a stone manger and a groin-vaulted ceiling.

Once owned by a wealthy Milanese family, the building was recently divided into apartments and completely restored. 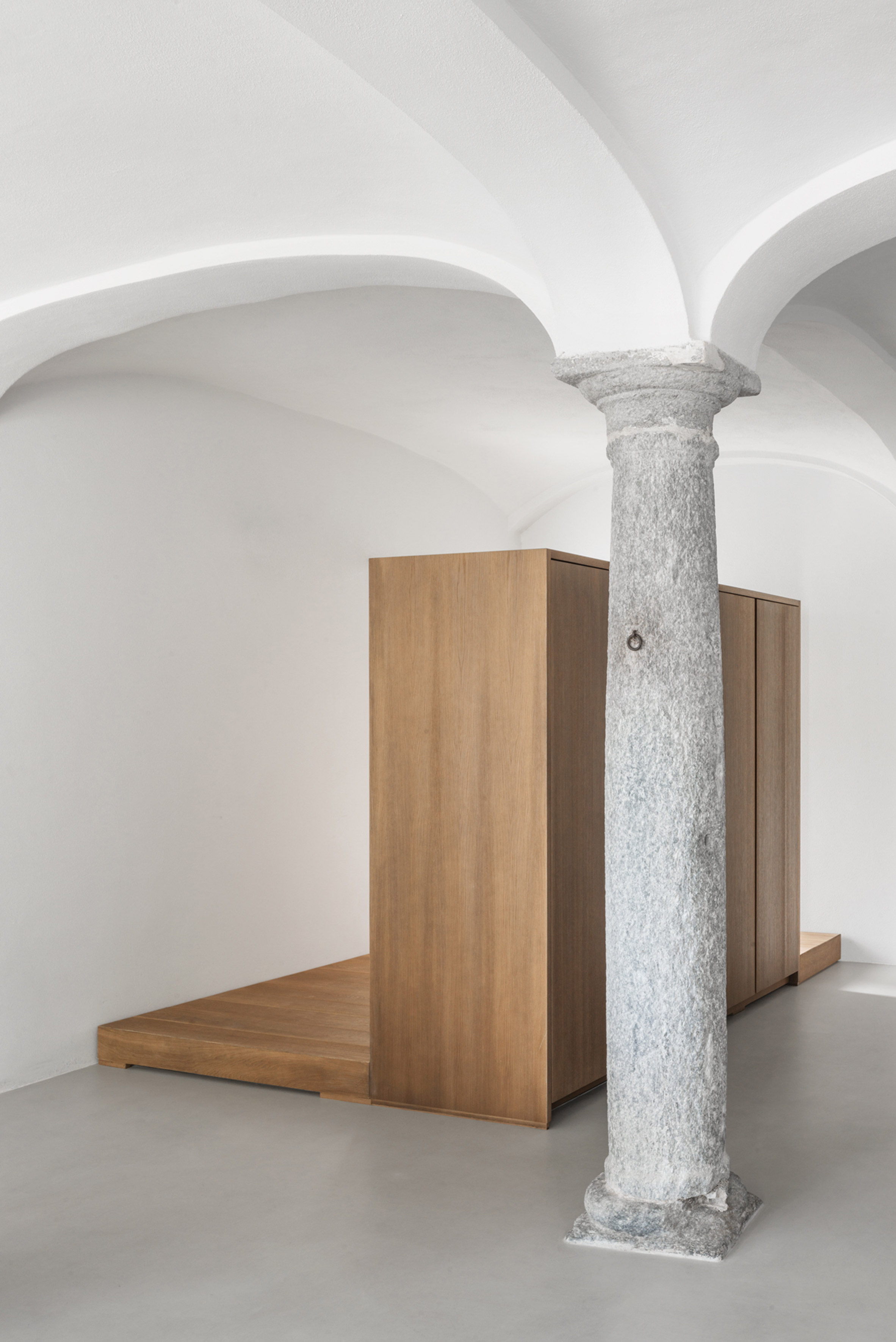 Locally based Duearchitetti was then invited to overhaul one of the building’s ground-floor apartments, called Casa AG. The architects’ design involved blending rolled concrete floors with the original architectural features, which include the unusual ceiling.

Usually called a groin-vault, but also known as a double-barrel vault or a cross vault, this type of ceiling construction is created by intersecting two barrel vaults at right angles. 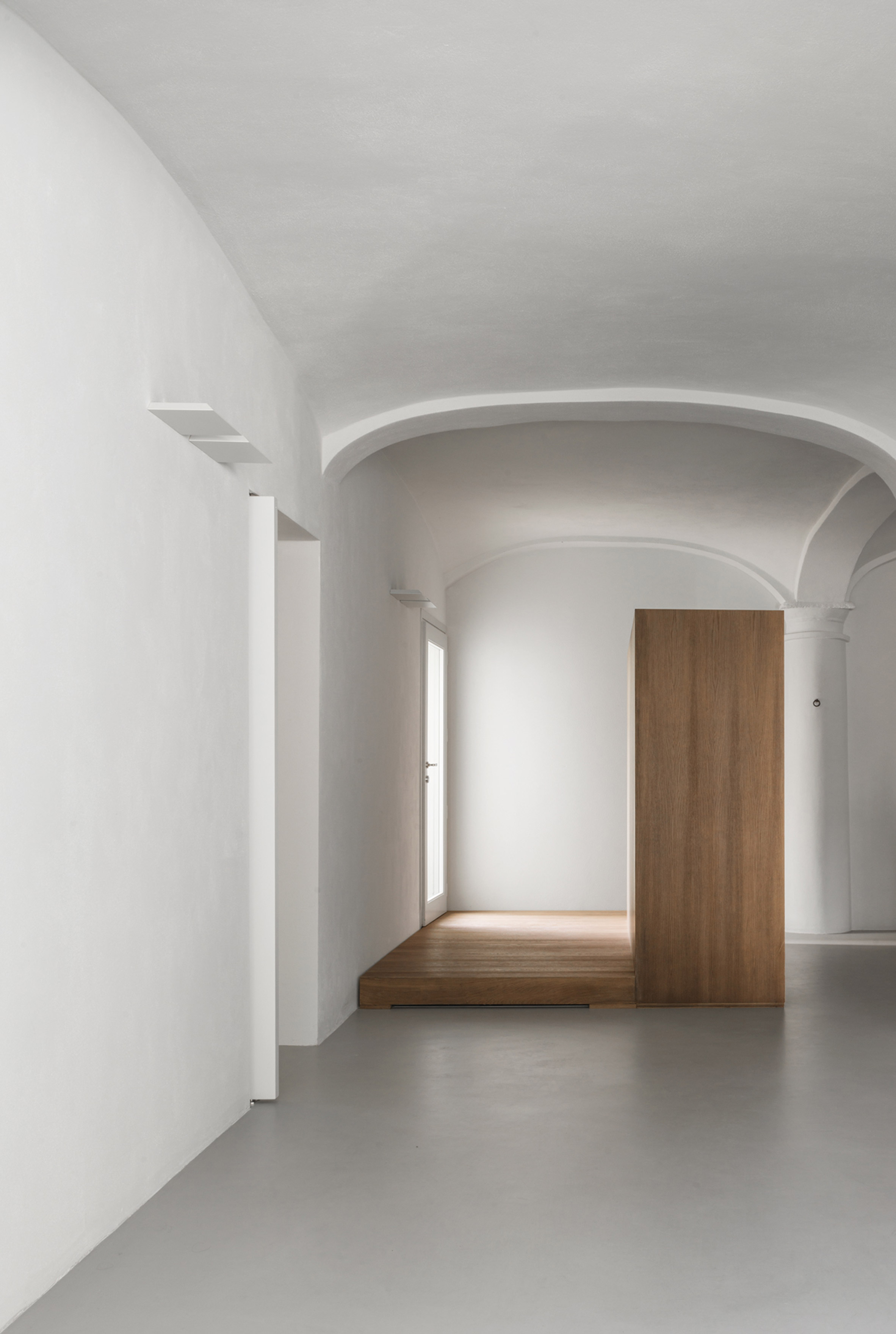 According to the architects, the aim was to “establish a continuous dialogue” between old and new. They chose to transform the property into a minimalist shell, allowing the modern furnishings to complement the 18th-century features, subtly hinting at the building’s heritage. 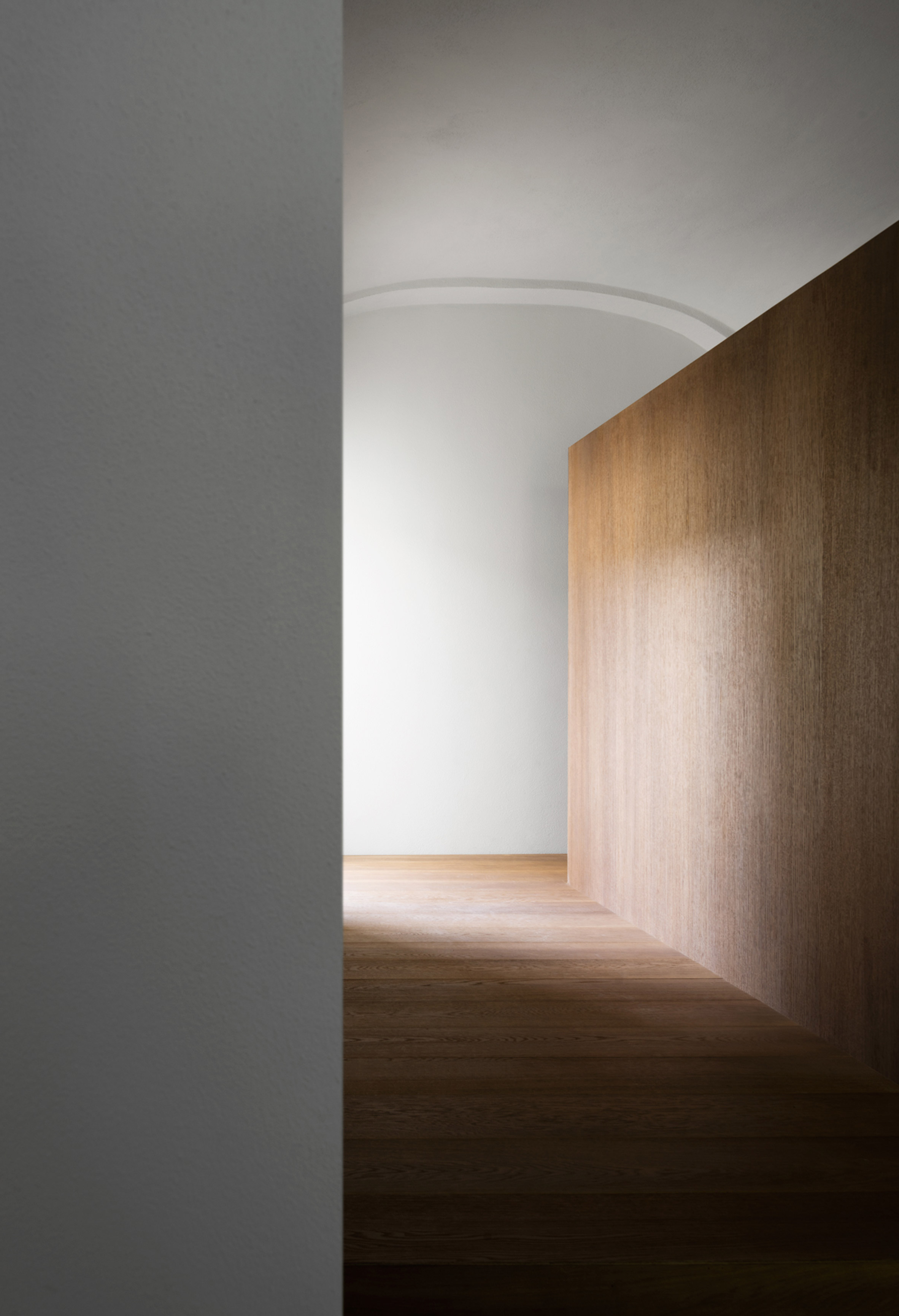 In the central, groin-vaulted room, a wooden platform with an adjoining cabinet sits atop the concrete floor, separating the apartment’s entrance from the rest of the space. Small ironwork details on the room’s central column and on the stone trough reference the building’s history. 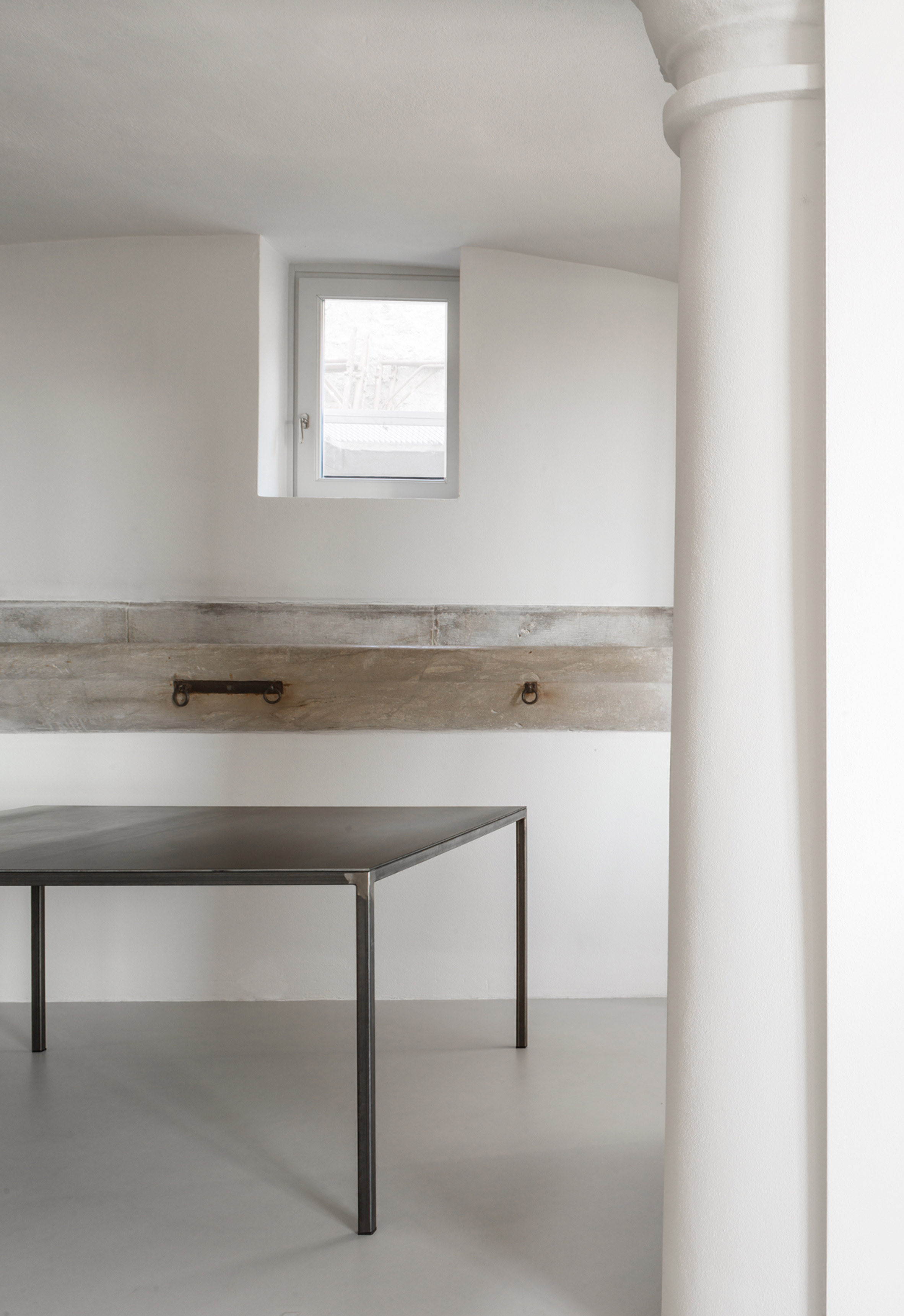 “We wanted to emphasise the original structure of the building, its materials and its irregularity,” said the team.

“The subdivision of the internal space [was made using] specific interventions with selected materials – glass is used to delimit the bathroom zones and wood is used for the containing volumes in order to separate the entrance and to shield the sleeping area.” 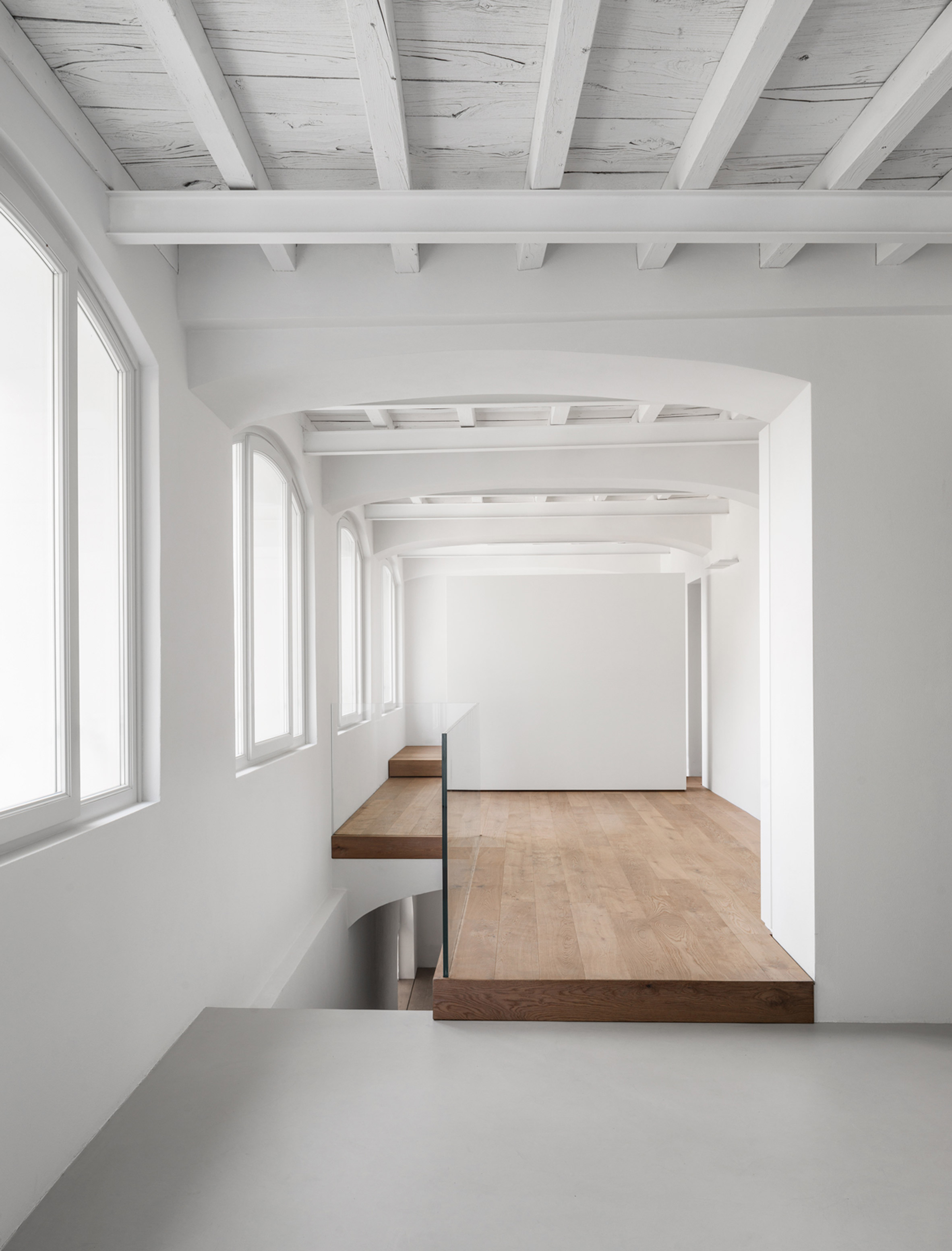 The studio chose polished concrete for the ground floor, while on the upper storey, wooden floors reflect the exposed beams on the ceiling.

At the northeast side of the building, a series of five arched windows allow light to fill the space, with views overlooking the city of Varese. The natural light that flows throughout the space is then diffused as it hits the glazed surface of the bathroom walls. 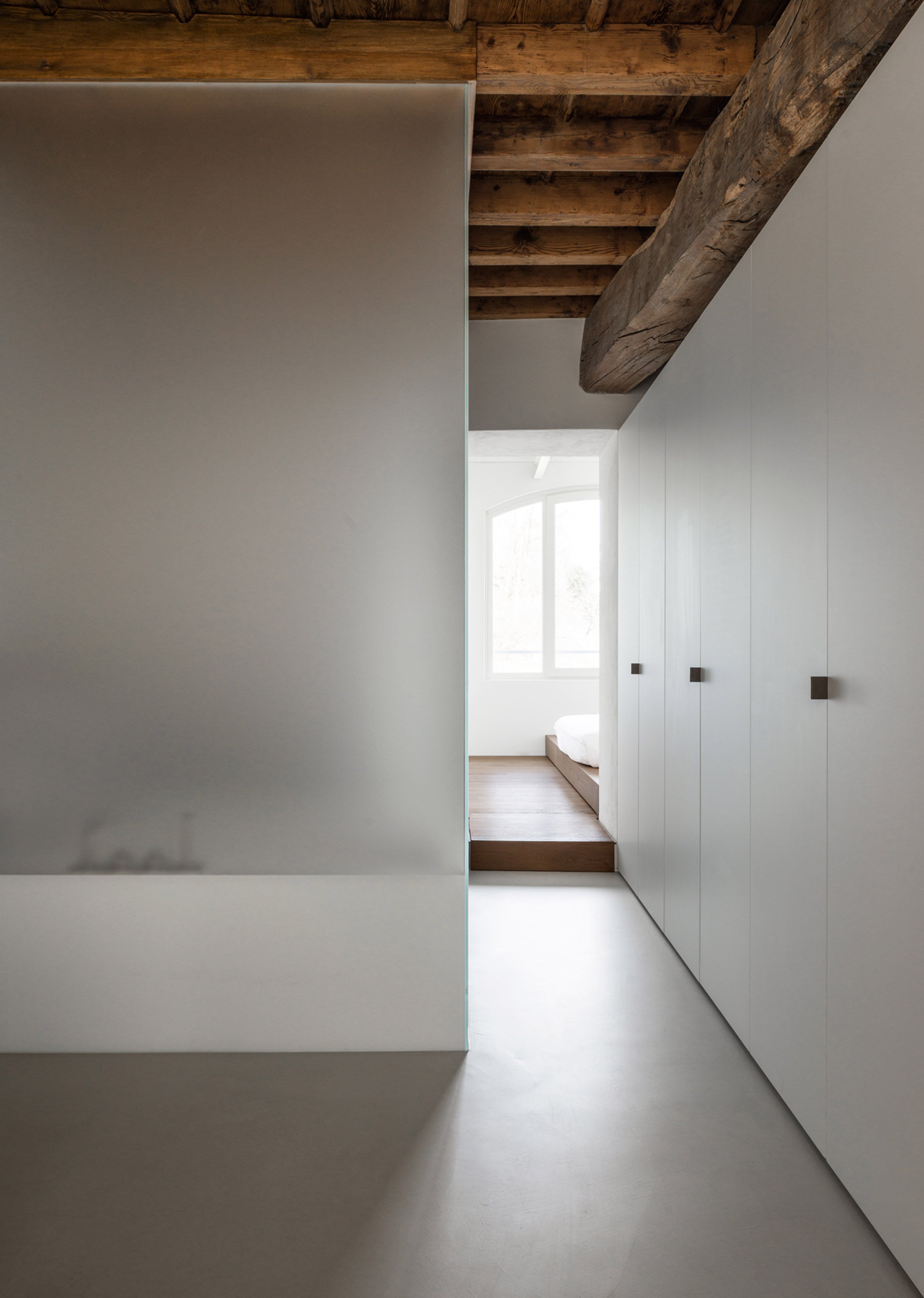 Casa AG is the latest in a series of historical renovations completed in recent months around Europe. 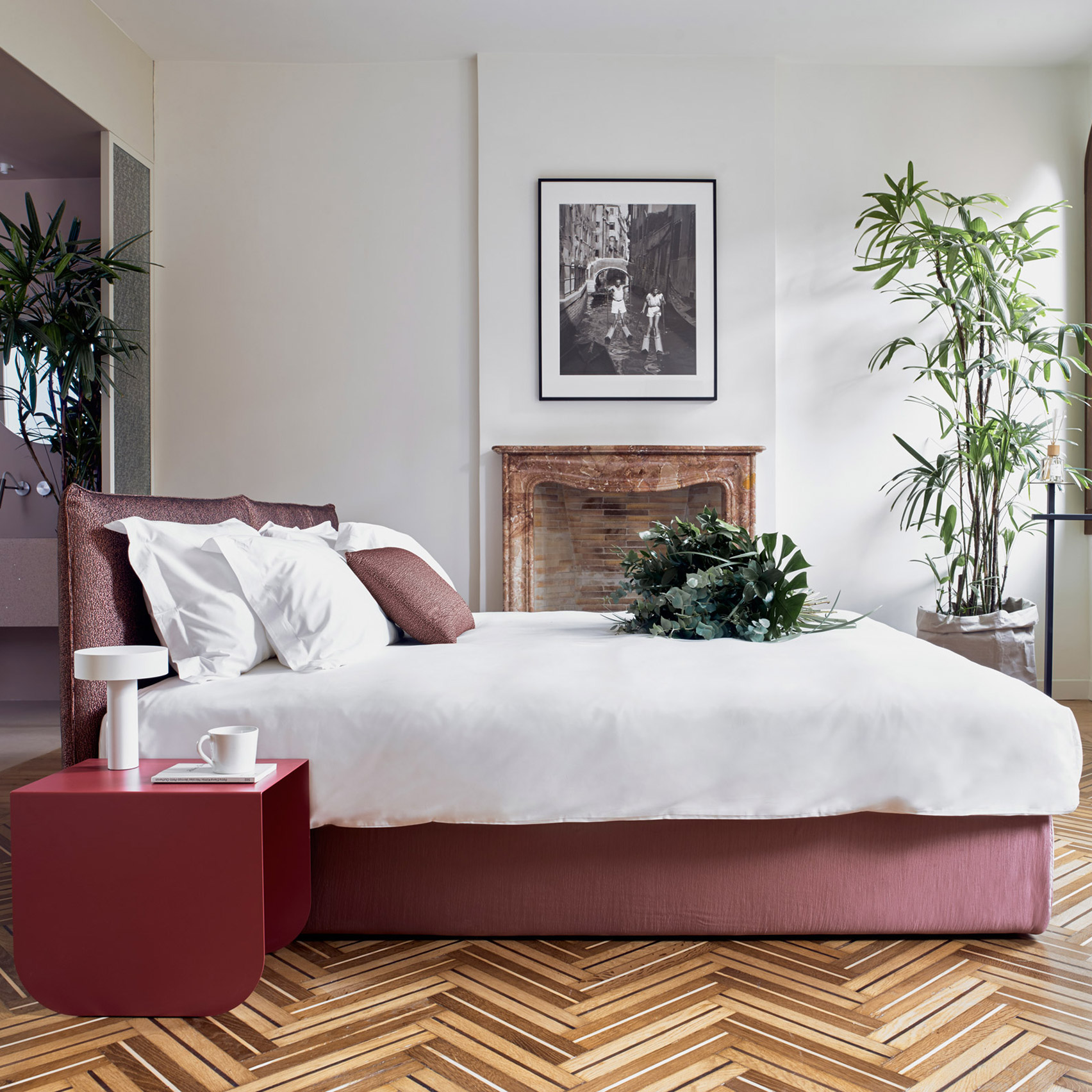