located along a golf course in a suburban area of buenos aires, the libélula house (spanish for dragonfly) by g2 estudio is designed as a sequence of continuous, weightless spaces, and fluid routes that take advantage of the expanded views of the surrounding environment. away from the noisy city, the house sits next to a curtain of eucalyptus and foliage, and features a morphology inspired from the birds and many dragonflies that fly around it. 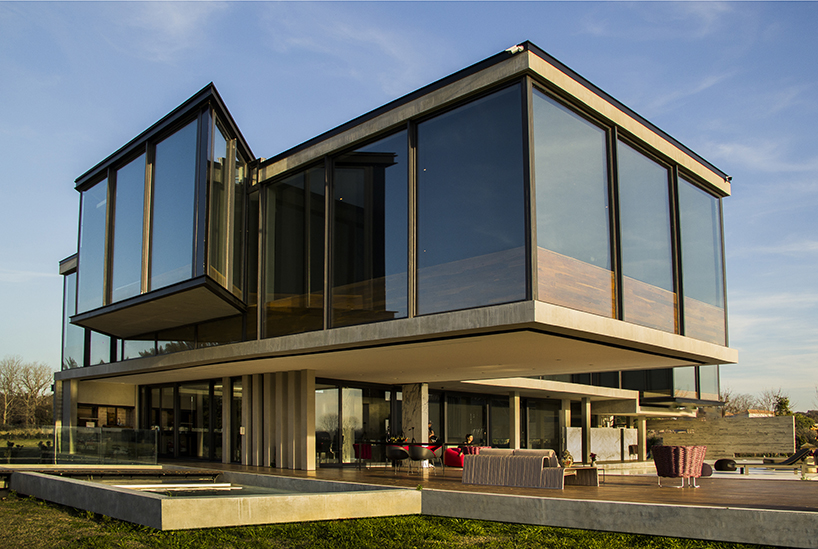 all images courtesy of g2 estudio

‘dragonflies have an excellent view thanks to the peculiar structure of their eyes that allow approximately 360º of visual field,’ explains g2 estudio, ‘this idea of vision, together with the unfolding of its transparent wings, began to outline an image for the initial concept.’ the house responds to its functionality in respect to the public spaces as envelopes and generators of space, while the private volumes of the rooms penetrate, cut, and stress the space. the whole structure was put to the limit of weightlessness, with elements that are literally without support. board-formed reinforced concrete serves as the protagonist of the exterior, together with large glazed panels, while on the inside, white marble and natural wood coexist in subtle balance. 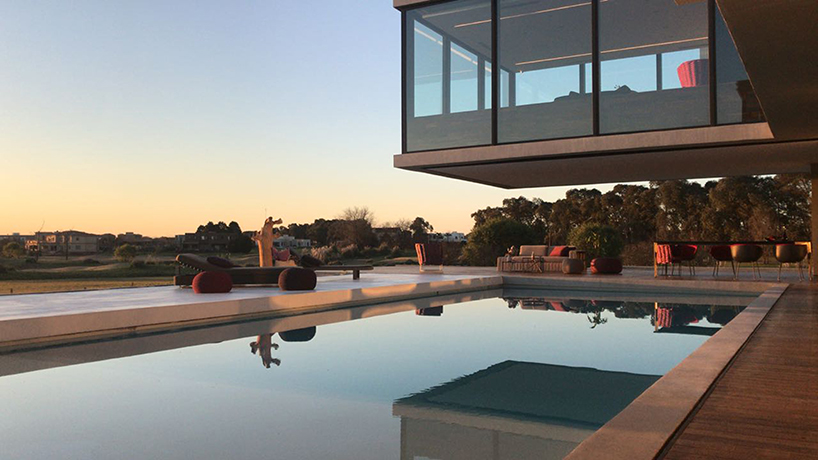 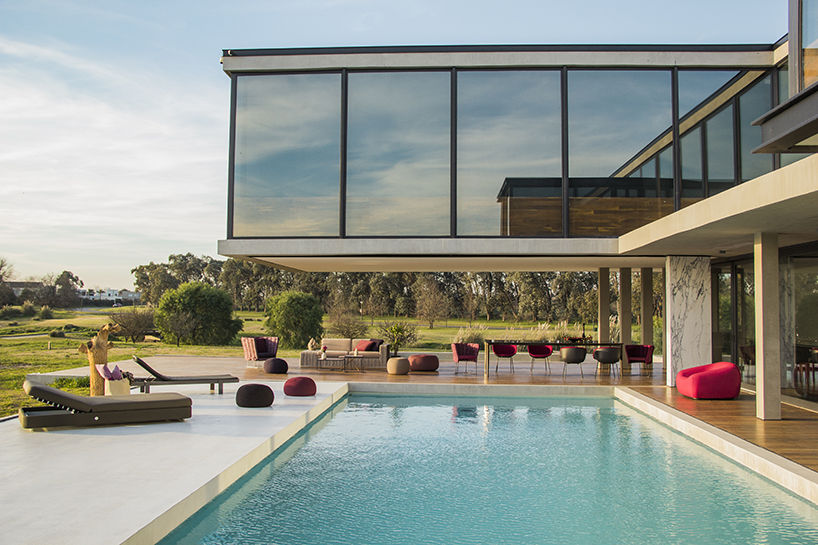 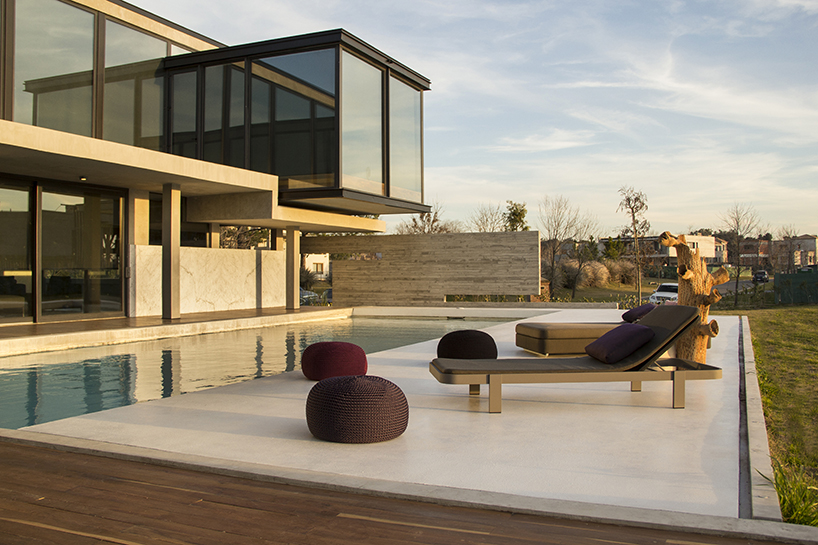 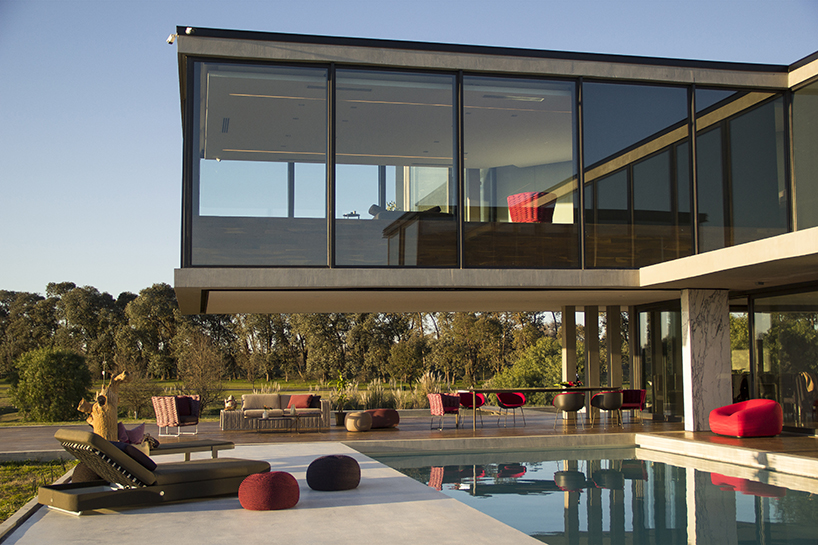 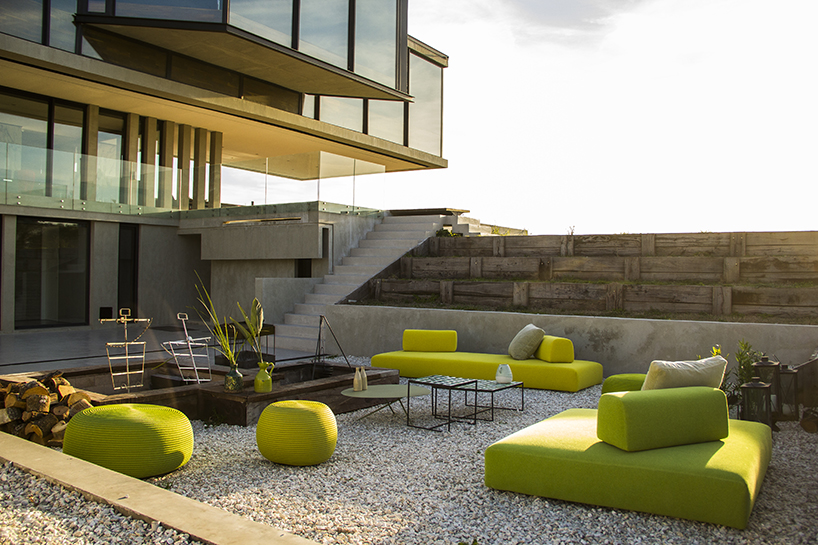 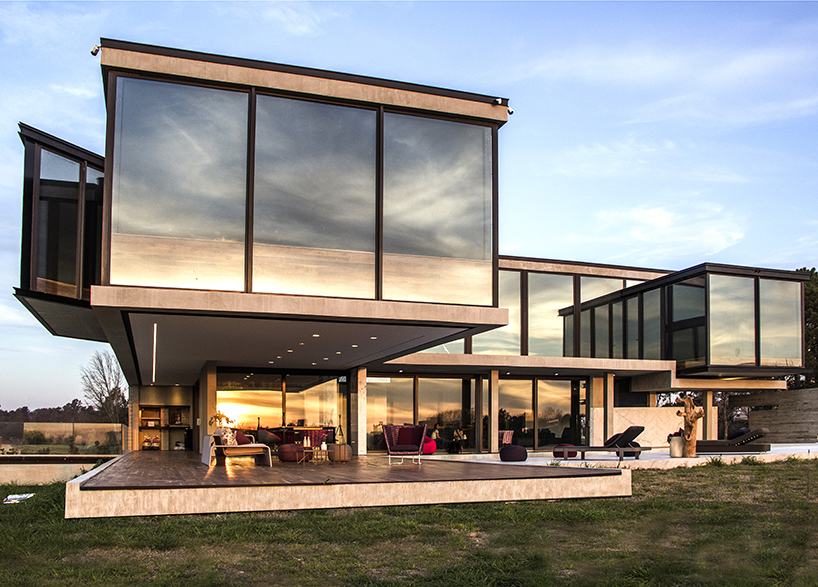 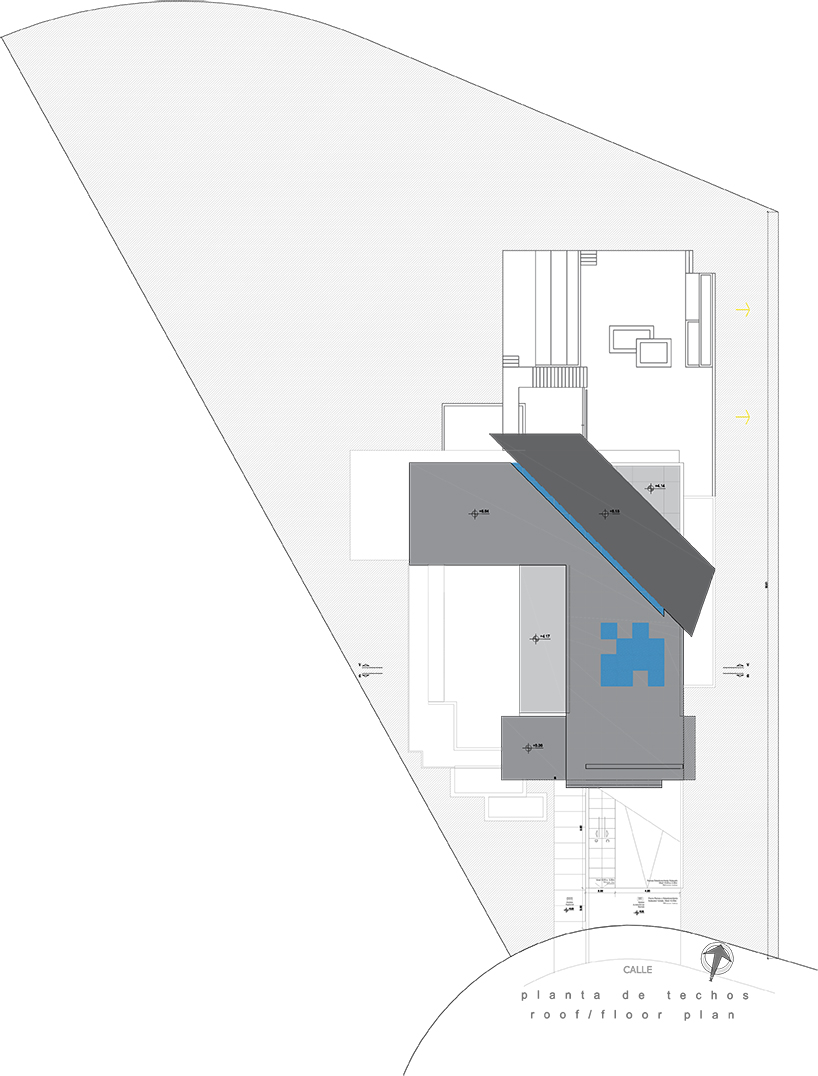 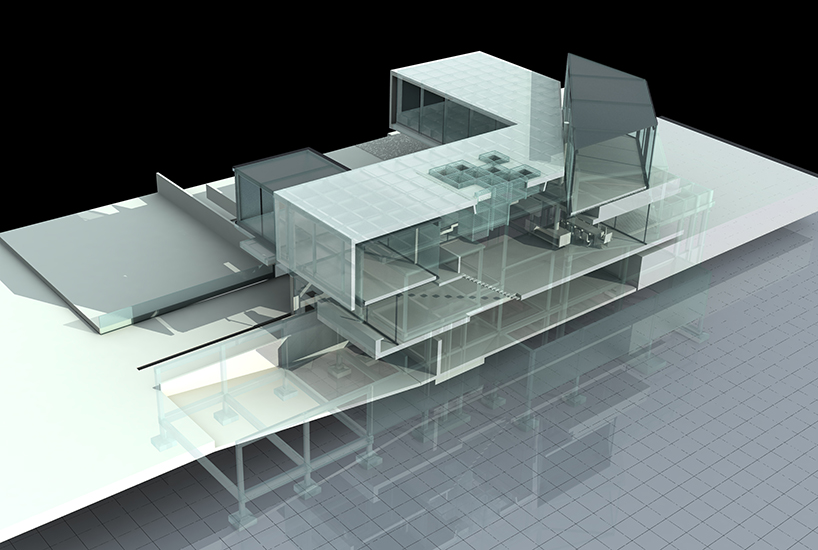 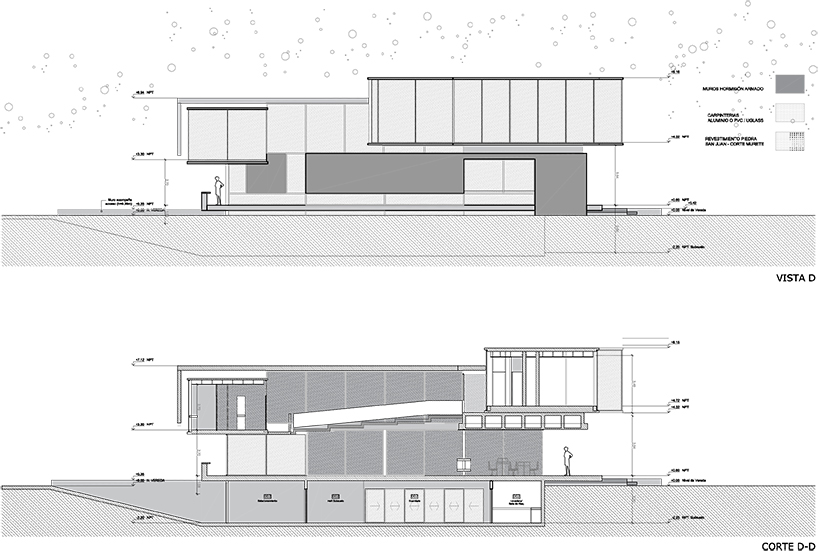 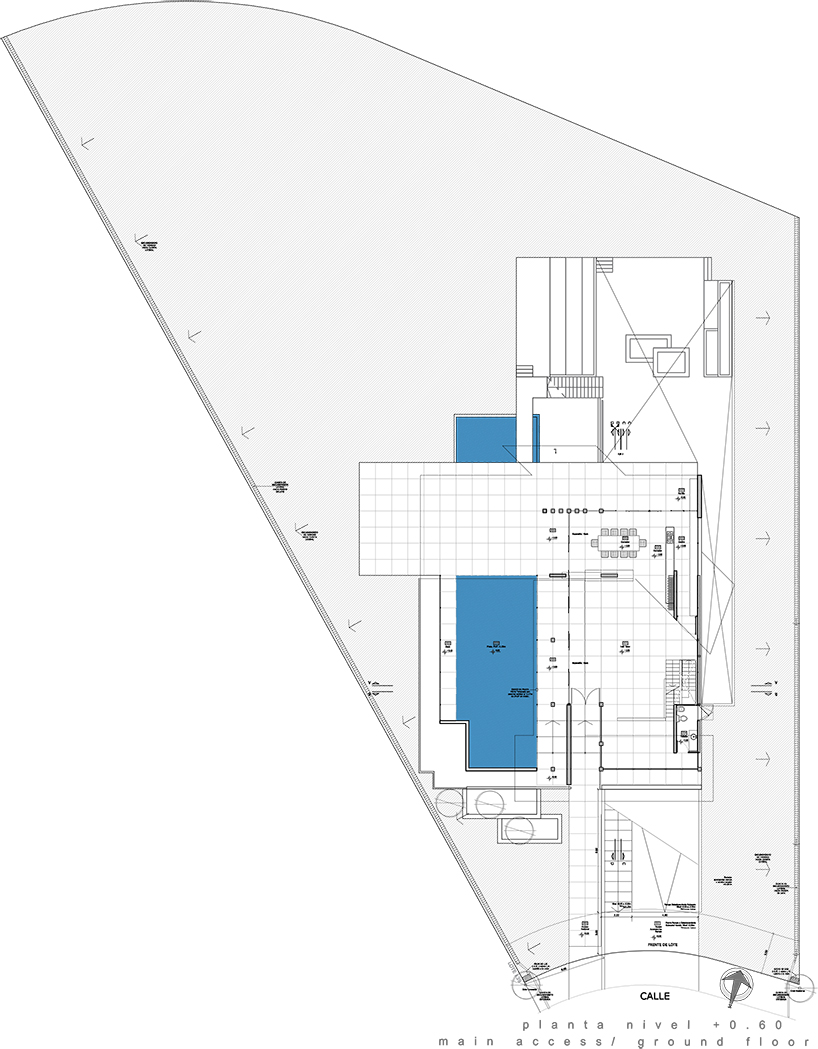 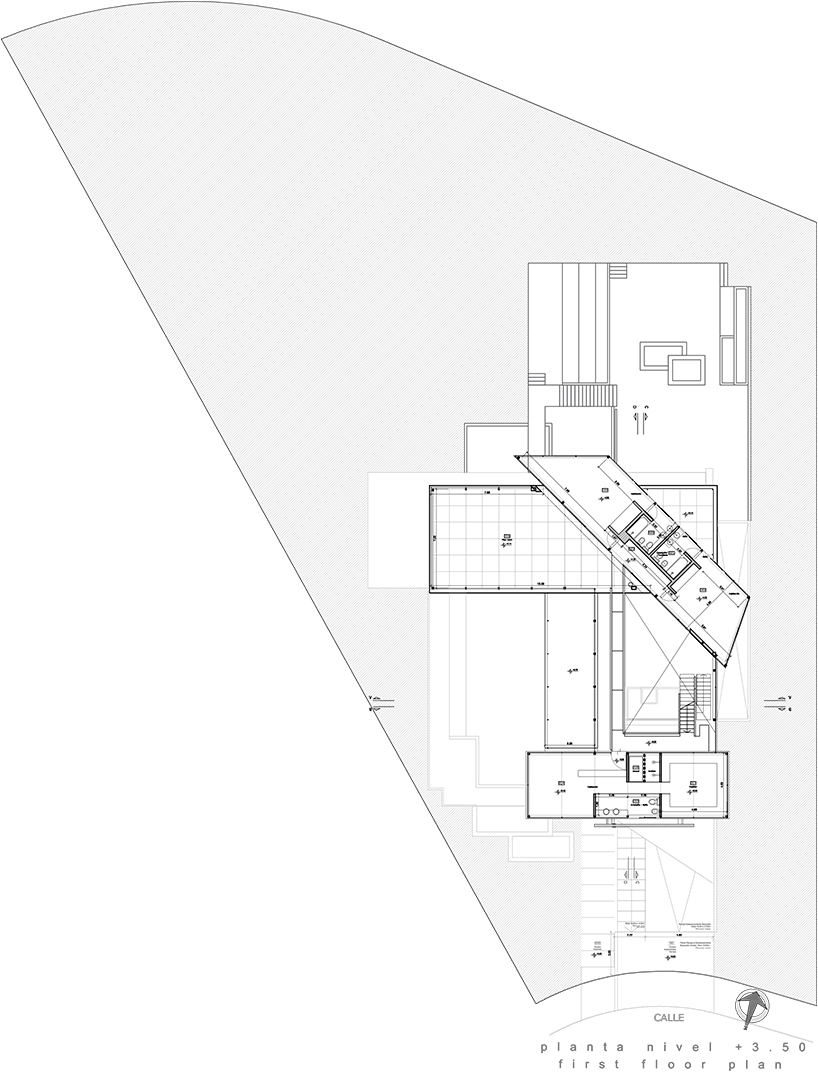