Continuing our celebration of Frank Lloyd Wright‘s 150th birthday this week, we’re delving into the history of Fallingwater, the admired holiday home that the architect built on a waterfall and was named the “best all-time work of American architecture”.

Frank Lloyd Wright designed Fallingwater in 1935 for his friend Edgar Kaufmann. The client asked for a holiday home for his family that faced the 30-foot (nine-metre) waterfall of the Bear Run Nature Reserve in rural Pennsylvania.

But on visiting the site, Wright spotted a rock that jutted out over the streaming water, and decided to build the house there and let the water flow underneath.

Taking cues from the rock edges, the American architect cantilevered floors from the house’s three levels. Occupied by a series of terraces wrapped with reinforced concrete balconies, these project over the water’s edge at the rear and the wooded valley on the other sides.

Wright also extended the open-plan living and kitchen over the torrent, to create a large space for the family to socialise on the tight plot.

As well as referencing the surrounding natural forms, Wright chose locally sourced sandstone to make up the body of the house, and a limited colour palette for the exterior to ensure that the property blended into its surroundings.

The concrete is coloured a light ochre, while the steel frames of the ribbon windows are painted in red to match the colours of the trees.

In doing this, Wright presented an example of “organic architecture”, his philosophy that promotes the harmony between design and nature.

The architect continued to bring nature inside the house. A huge ledge of rock juts through the floor of the living room to form the heart of the fireplace at its centre, while boulders from the site are incorporated into its walls. 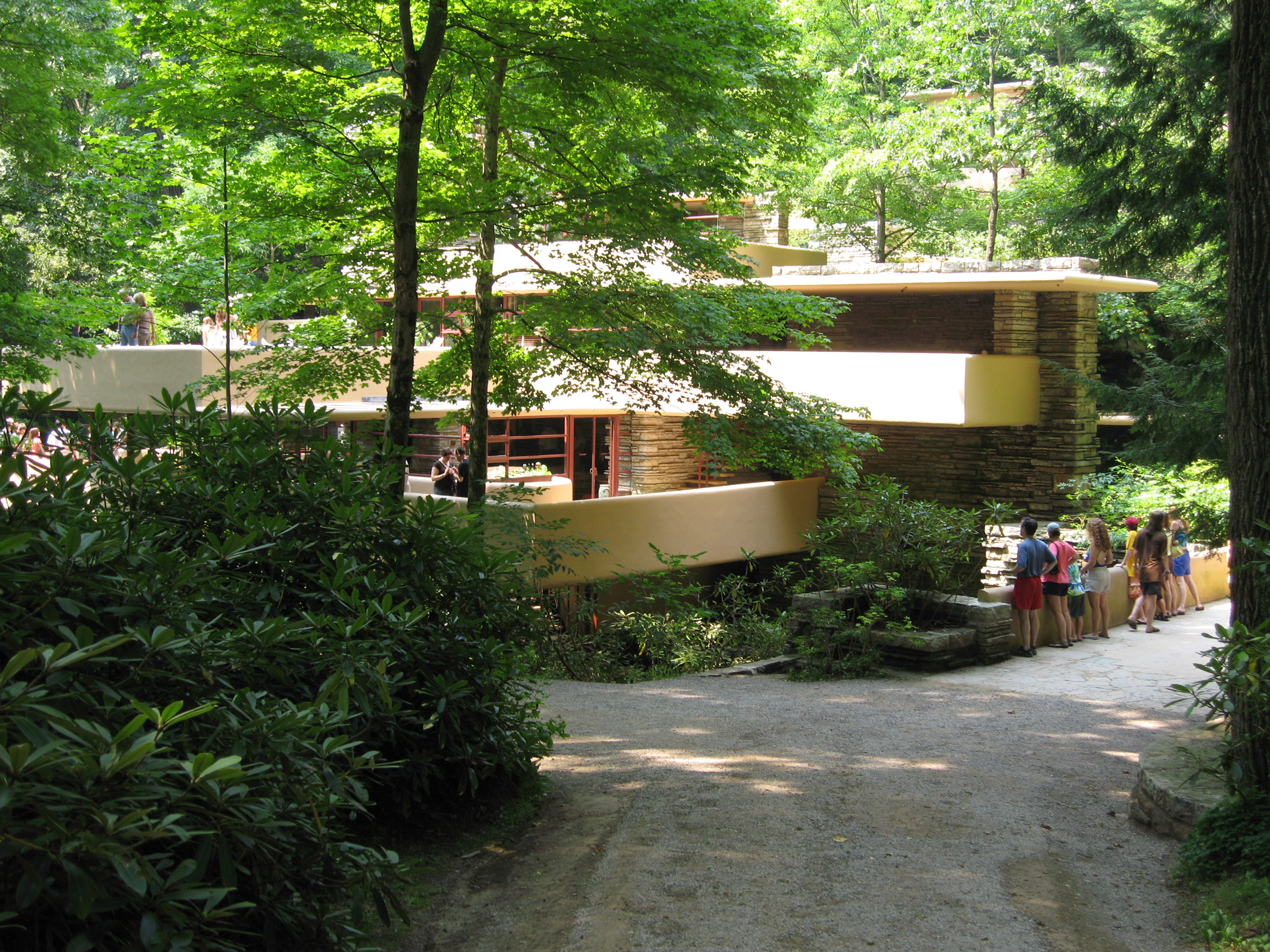 Glass doors slide from the living room to provide access to a staircase that leads down to the river’s edge. Steps also lead directly outside from Kaufmann’s bedroom on the second floor. A stream was also allowed to drip straight into the house.

The structure of building was a bold choice for Wright, and one of his early experimentations with concrete. The design created tension between himself and Kaufman, who often questioned the structural integrity of the ambitious cantilevers.

Kaufman and his family holidayed in Fallingwater until he died in 1955. After this, the property passed to his son Edgar Junior.

Since 1963, it has belonged to the Western Pennsylvania Conservancy, which now run it as a museum. From 2012, the house has been used for a series of summer camps to teach skills in architectural problem-solving to high-school pupils and school-leavers hoping to study architecture at university. A series of dwellings were recently completed nearby to house these residents.

Fallingwater is often referred to as one of Wright’s masterpieces. In 1991, the house was named by the American Institute of Architects as the “best all-time work of American architecture”. It was one of 10 of the architect’s buildings nominated for the UNESCO World Heritage List in 2015. 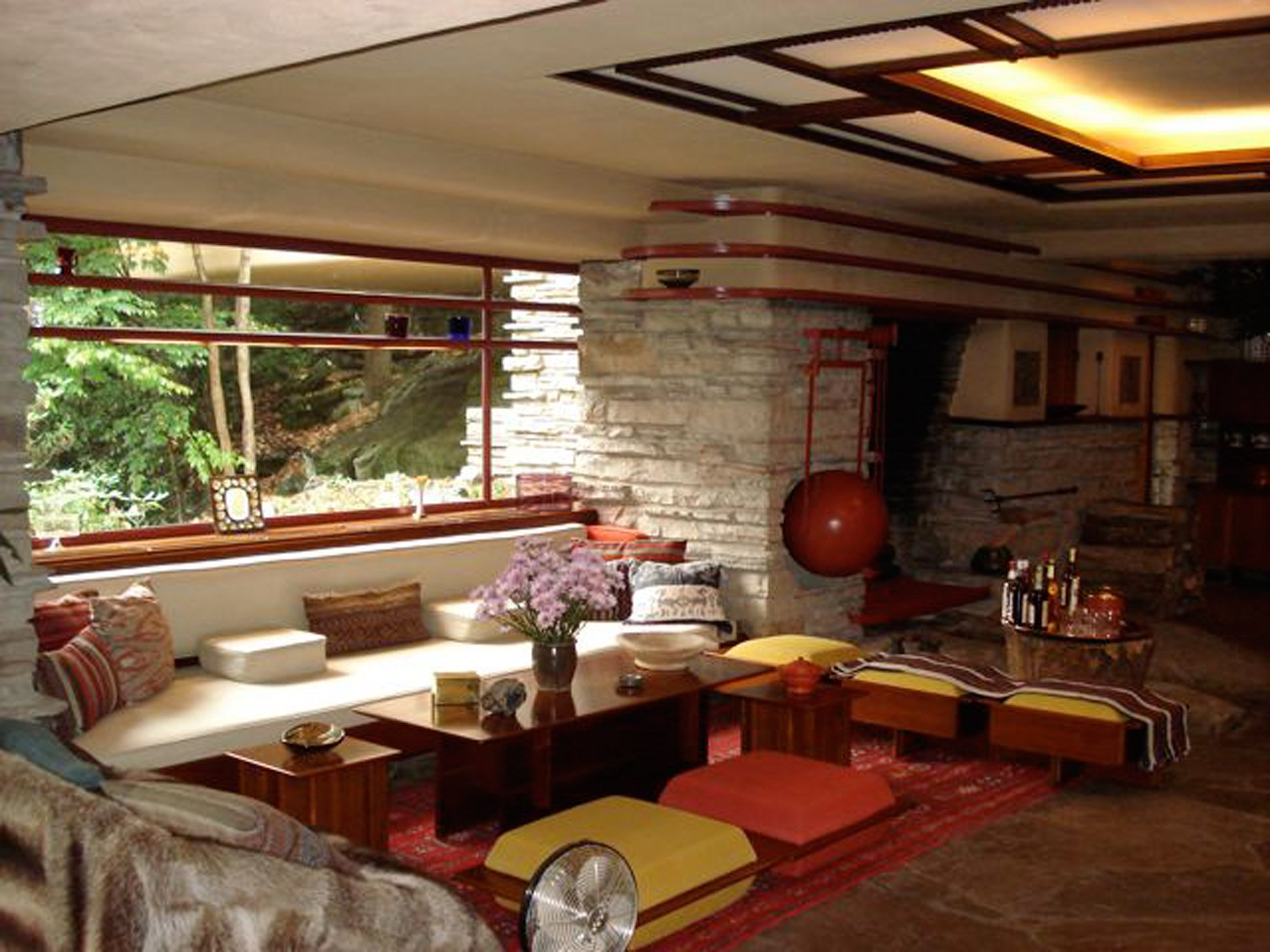 Tomorrow, 8 June 2017, marks the 150th anniversary of Frank Lloyd Wright’s birth. As part of a series of events taking place to mark the occasion, Fallingwater will host the Wright for Wright exhibition that focuses on the architect’s self-designed residences.

Dezeen is celebrating Wright’s birthday by looking back at five of his most famous projects. These include Robie House, his most “consummate expression” of Prairie style, and Hollyhock House, an early example of Mayan Revival architecture. 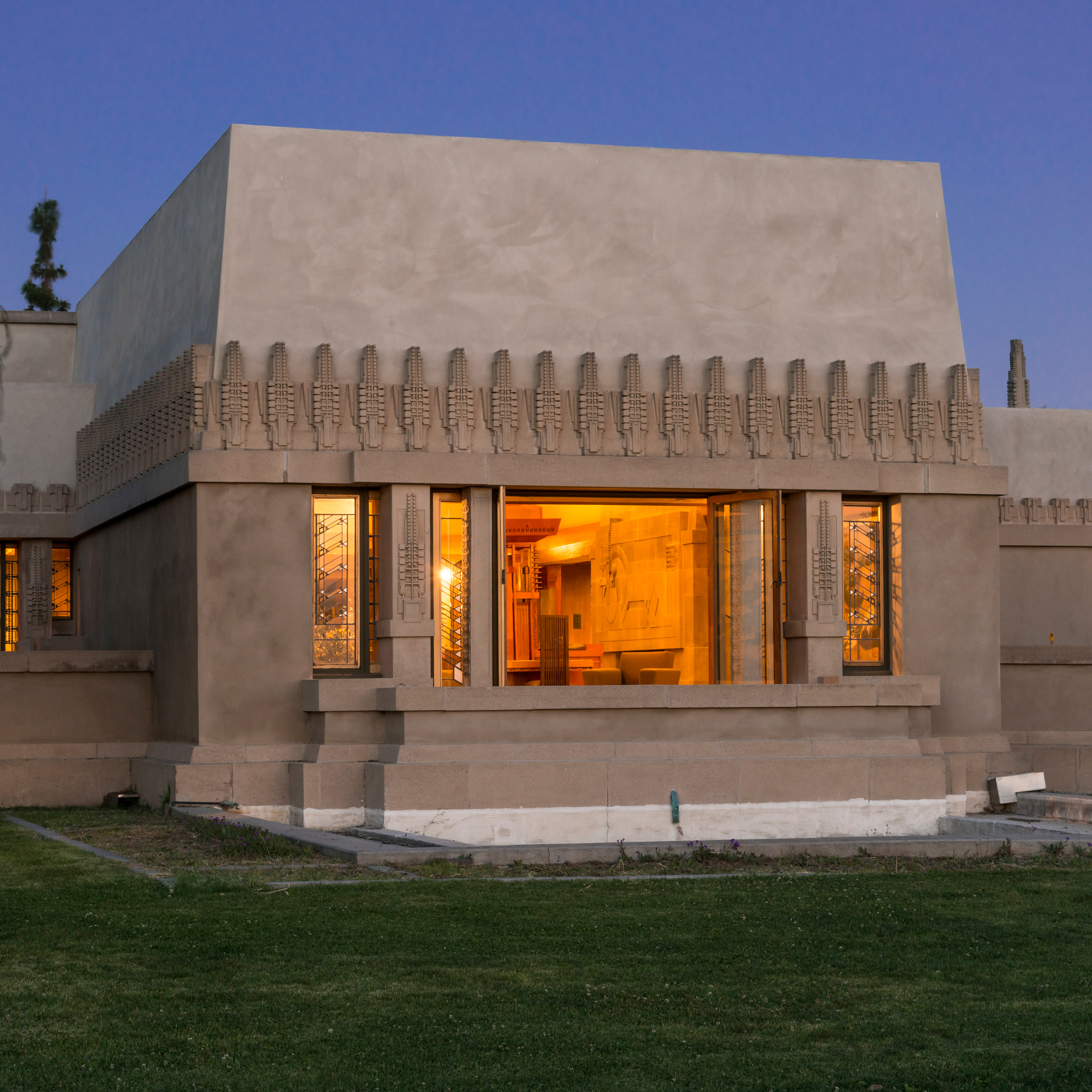