Today is the 150th anniversary of Frank Lloyd Wright‘s birth, and we’ve been marking the occasion all week by looking back at his most important projects. Next up is the American architect’s desert home and studio in Arizona, which serves as a campus for the architecture school he founded.

Completed in 1937, Taliesin West was built to accompany Wright’s home and studio Taliesin, in Spring Green, Wisconsin, where he taught the Taliesin Fellowship – an apprenticeship that allowed 50 to 60 students to study under the architect.

Taliesin West is located in Scottsdale, Arizona, which Wright often travelled to with his third wife Olgivanna and his students to escape the harsh winters of the American Midwest. 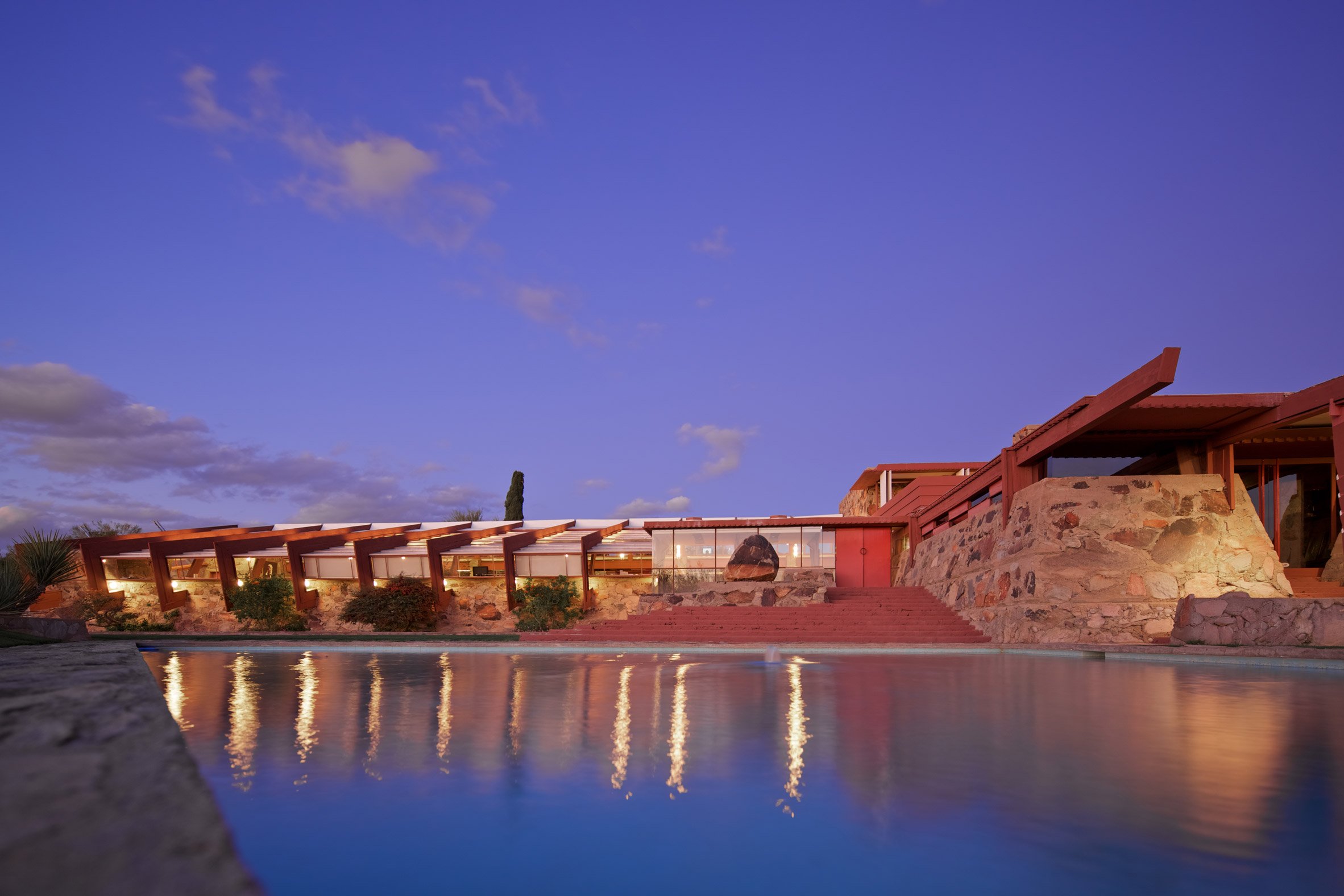 Today, it stills serves as one of two campuses for the School of Architecture at Taliesin that Wright founded in 1932. The house at Spring Green acts as the other.

Wright decided to buy a 600-acre (243-hectare) plot of land at a reported price of $3.50 (approximately £2.71) per acre, and employed his apprentices to help him to build a permanent estate.

Typical of his architectural approach, it is designed to reference the surrounding landscape.

The sprawling open planes and up-tilted ground of the desert are reimagined in a series of low-level structures interlaced with terraces, gardens and pools.

Local materials were also employed to help the structure blend in with its environment. Large stones found on site are set within concrete to form the walls, with smaller rocks providing buffers between landscaped elements.

Reddish hues in the stone and the surrounding desert are complemented by a series of red-painted timber elements, forming a rib-like structure that Wright’s drafting studio and the garden room. A translucent canvas roof slotted between to bring in natural light.

Other red wood details include coverings for porches, steps that lead to a pool, and window frames. “What makes Taliesin West so wonderful to me is the way in which it is the desert itself, folded up into the low walls of ‘desert concrete’ Wright made out of the boulders on the site, adding only the least amount of concrete he could get away with,” School of Architecture at Taliesin dean Aaron Betsky told Dezeen.

“Then it is canvas tents spanning between redwood frames – originally that was it, the perfect embodiment of how to site yourself on the land and inhabit it lightly.”

Mono-pitched roofs topping the drafting studio and the garden room are angled upwards to offer shade from the intense sunlight, while also allowing for clerestory windows that bring in an abundance of daylight. 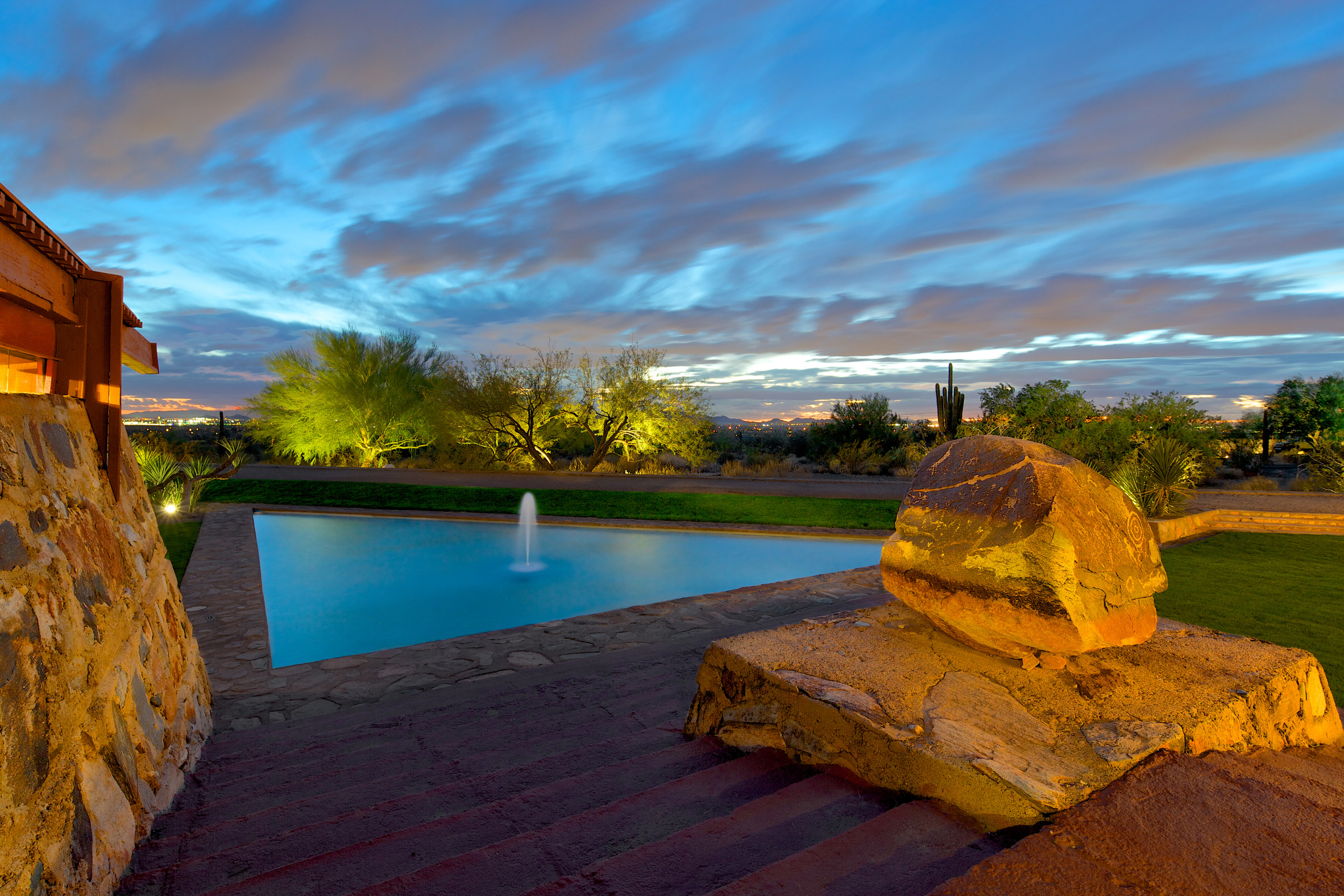 As with his Fallingwater house, boulders are used to form the fireplace in the living room – one of many fireplaces that Wright dotted around the complex.

“Everywhere there are fireplaces, most of them under skylights or clerestories, with the most beautiful one being the one in the living room whose boulders condense the energy of the American landscape in the same way the abstract expressionist artists did,” Betsky said.

As Wright and his apprentices returned each winter, they continued to alter the building, with additions including a dining room and a music pavilion.

The team also added a cavernous six-sided cabaret theatre, which – due to its impeccable acoustics – has become regarded as one of the architect’s biggest accomplishments.

Betsky said that other “magical moments” can be found in the private corner living room hidden away and the small courtyard at the back entrance to the house. 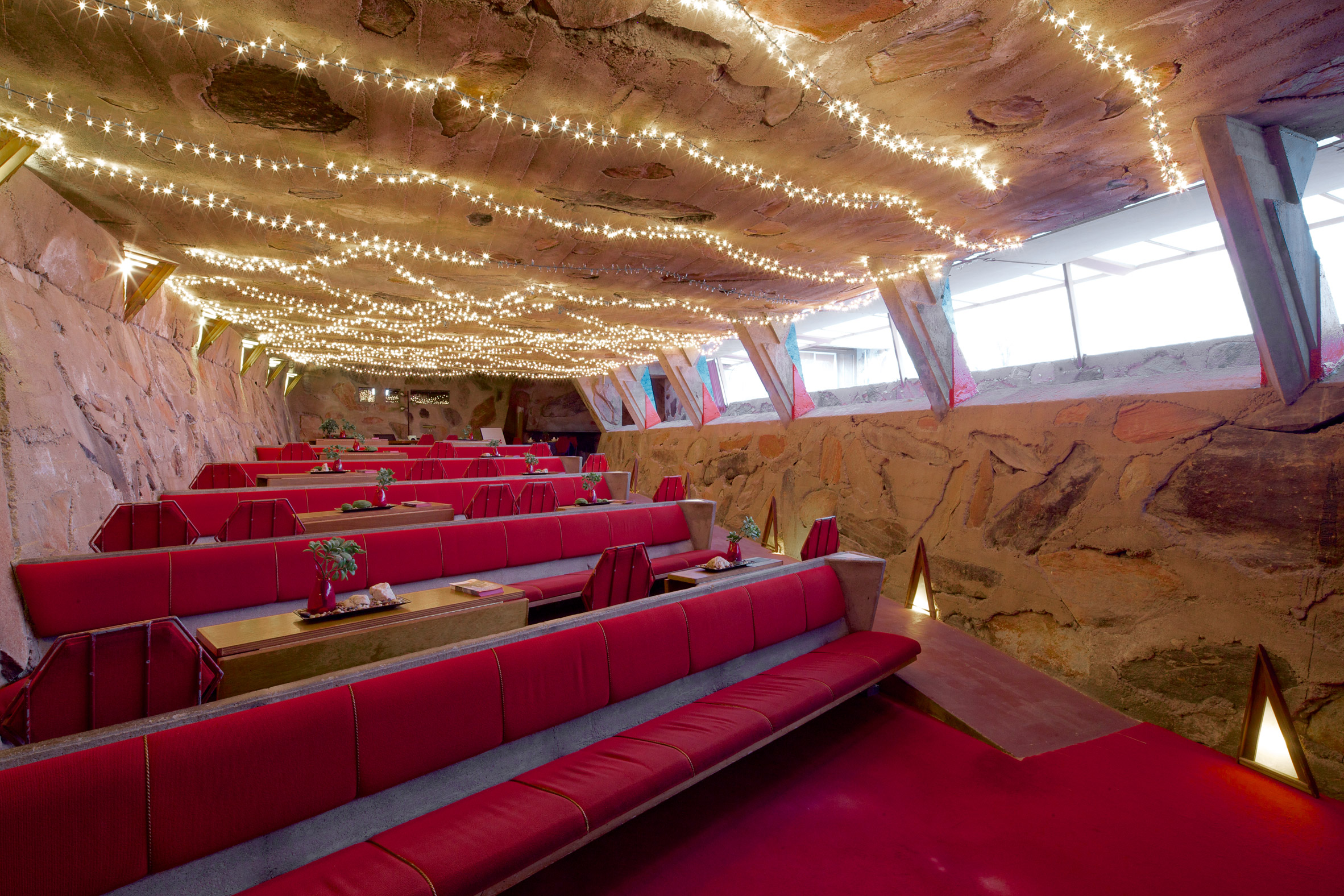 Lesser-known features at Taliesin West include a pool framed by columns made of rock and concrete that widen at the top. There is also a fountain shaped like a fire-breathing dragon, which Wright bought for Olgivanna on his travels.

During the construction, she had a nearby column fitted with a gas pipe so that it could be spout fire instead of water.

Wright continued to use Taliesin West up until his death in 1959, aged 91. It is the studio that the drew up plans for a spiralling museum for New York City, which became known as the Solomon R Guggenheim Museum and is considered one of his most famous projects.

Betsky told Dezeen that despite changes in its use over the years, the complex – which echoes the shapes of nearby mountains – still forms part of the landscape like Wright originally intended.

“Over the years, the rooms have become more filled in, but the campus still has a sense of rightness in the landscape, lining itself up with the McDowell Mountains to the north, while Wright’s living room comes forward in a way that mirrors the spur of Maricopa Hill,” he said.

“The whole complex also lines up with the extinct volcanoes to the east, and even the little kick-up of the roof over the kitchen corresponds to McDowell Peak itself,” he continued.

Today, 8 June 2017, marks the 150th anniversary of Frank Lloyd Wright’s birth. Taliesin West is hosting tours across the complex as part of a series of events taking place to mark the occasion.

A major retrospective exhibition presenting the architect’s archive of drawings and models also opened at New York’s MoMA to coincide with the anniversary.

Dezeen is celebrating Wright’s birthday by looking back at his most famous projects, including the impressive Fallingwater, the Prairie-style Robie House, and Hollyhock House – an early example of Mayan Revival architecture. 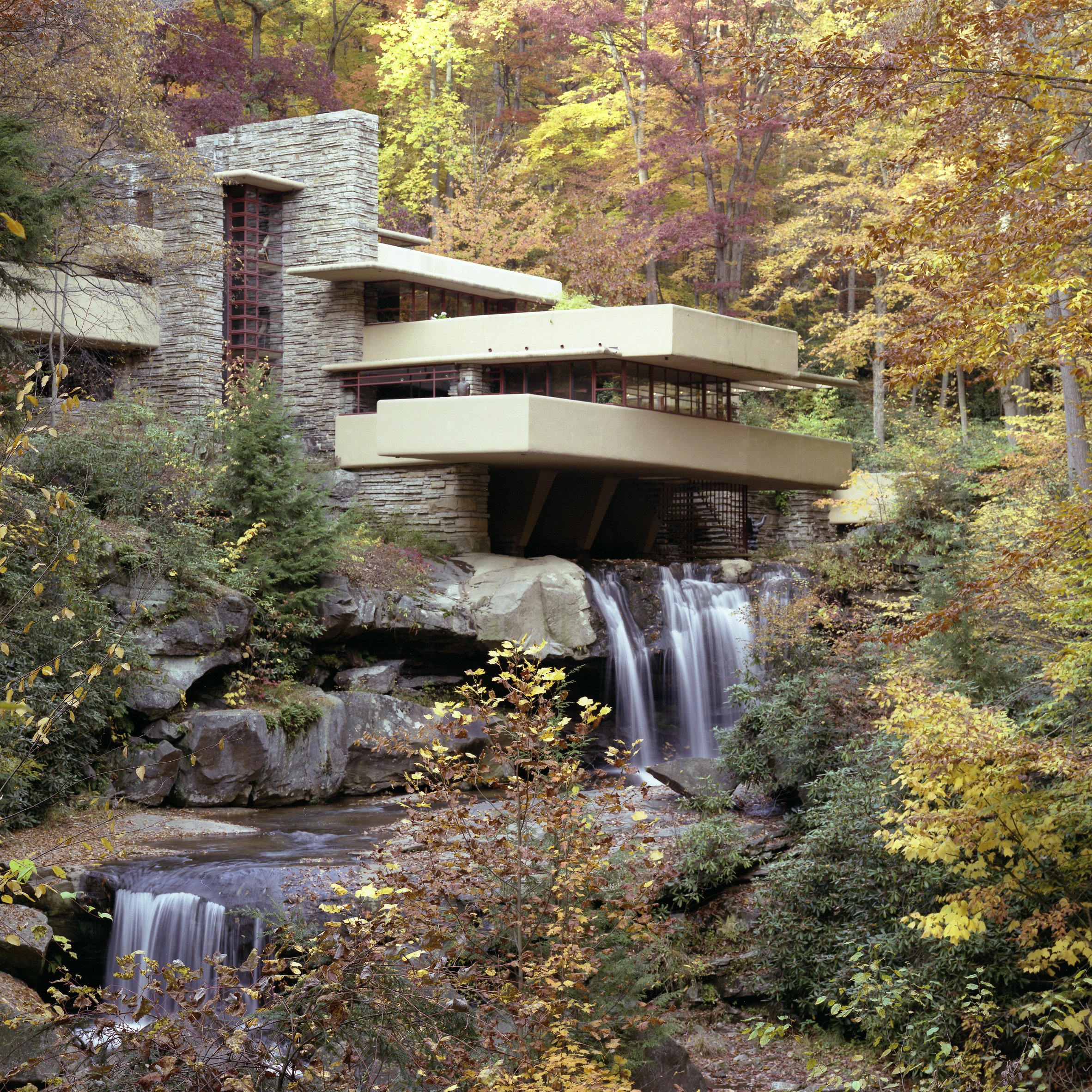 The post Frank Lloyd Wright designed Taliesin West as desert retreat for himself and his students appeared first on Dezeen.