Mexico and the US celebrate Cinco de Mayo today, commemorating the Mexican Army’s victory over the French in 1862. To mark the occasion, we’ve pulled together five of the country’s best contemporary museum buildings, including projects by Toyo Ito and David Chipperfield. 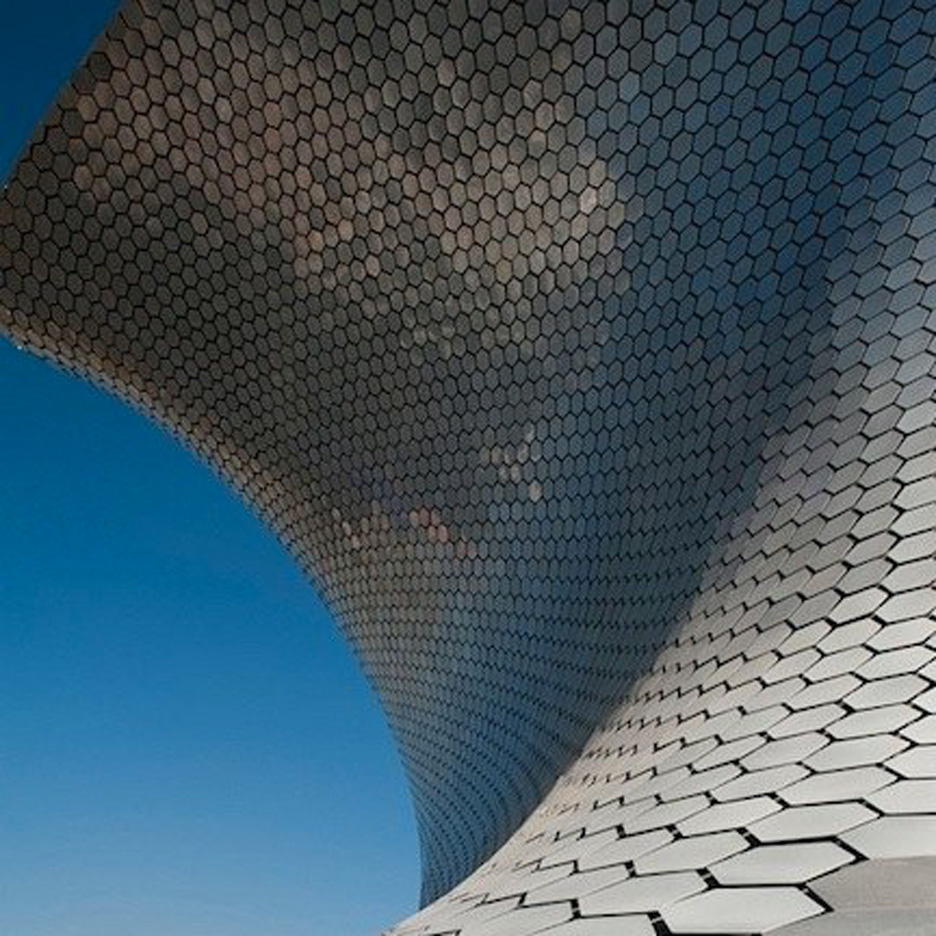 The Museo Soumaya is constructed of 28 steel curved columns with different diameters and geometries, which create its irregular form.

Find out more about Museo Soumaya › 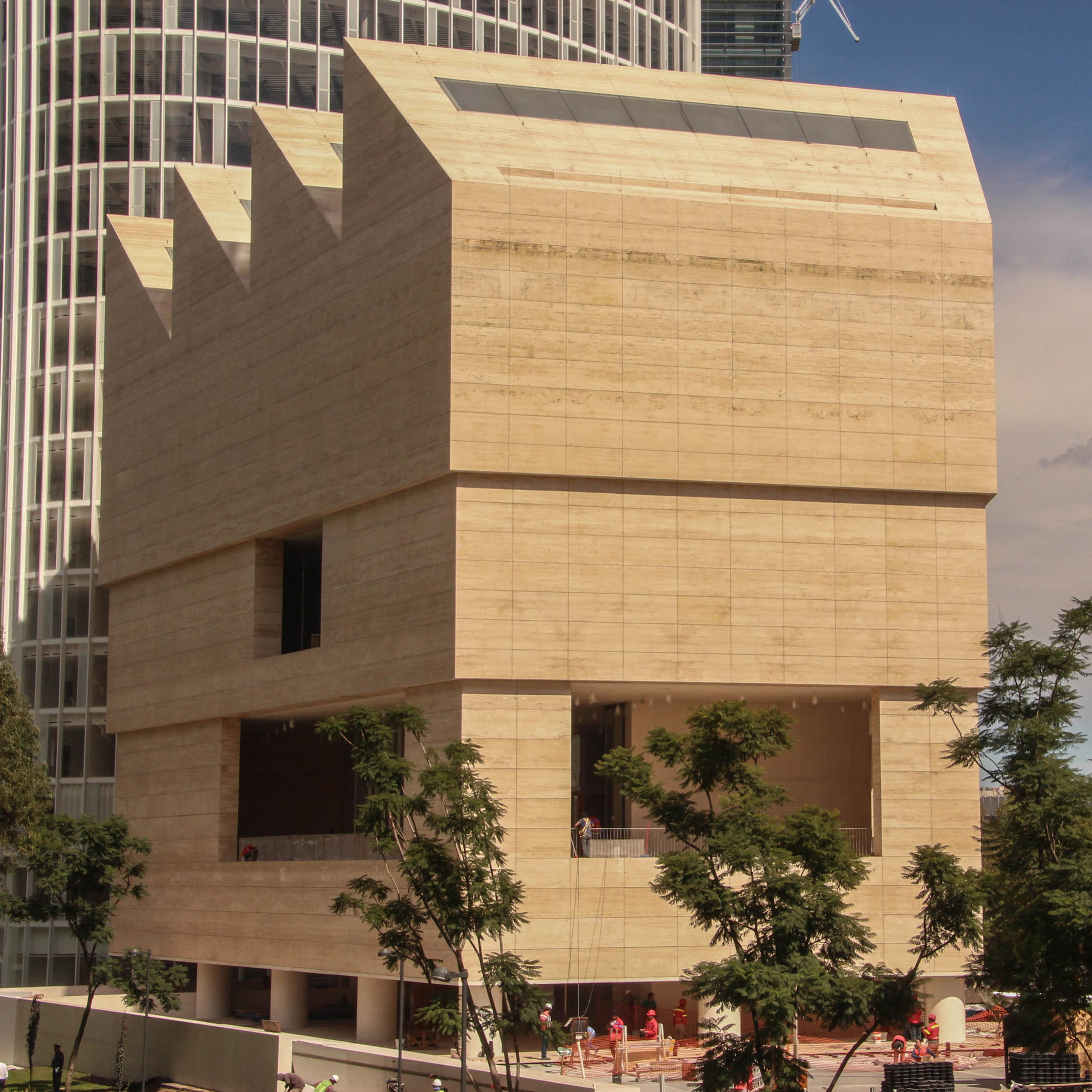 Museo Jumex presents a selection of pieces from the Colección Jumex, an assemblage of over 2000 artworks by contemporary artists such as Jeff Koons, Olafur Eliasson and Tacita Dean, as well as Mexican artists including Abraham Cruzvillegas and Mario García Torres.

David Chipperfield Architects collaborated with local studio TAAU on the design of the building, which opened in 2013. It features walls of concrete and locally sourced white travertine, as well as a sawtooth roof that brings natural light into the top floor galleries.

Find out more about Museo Jumex › 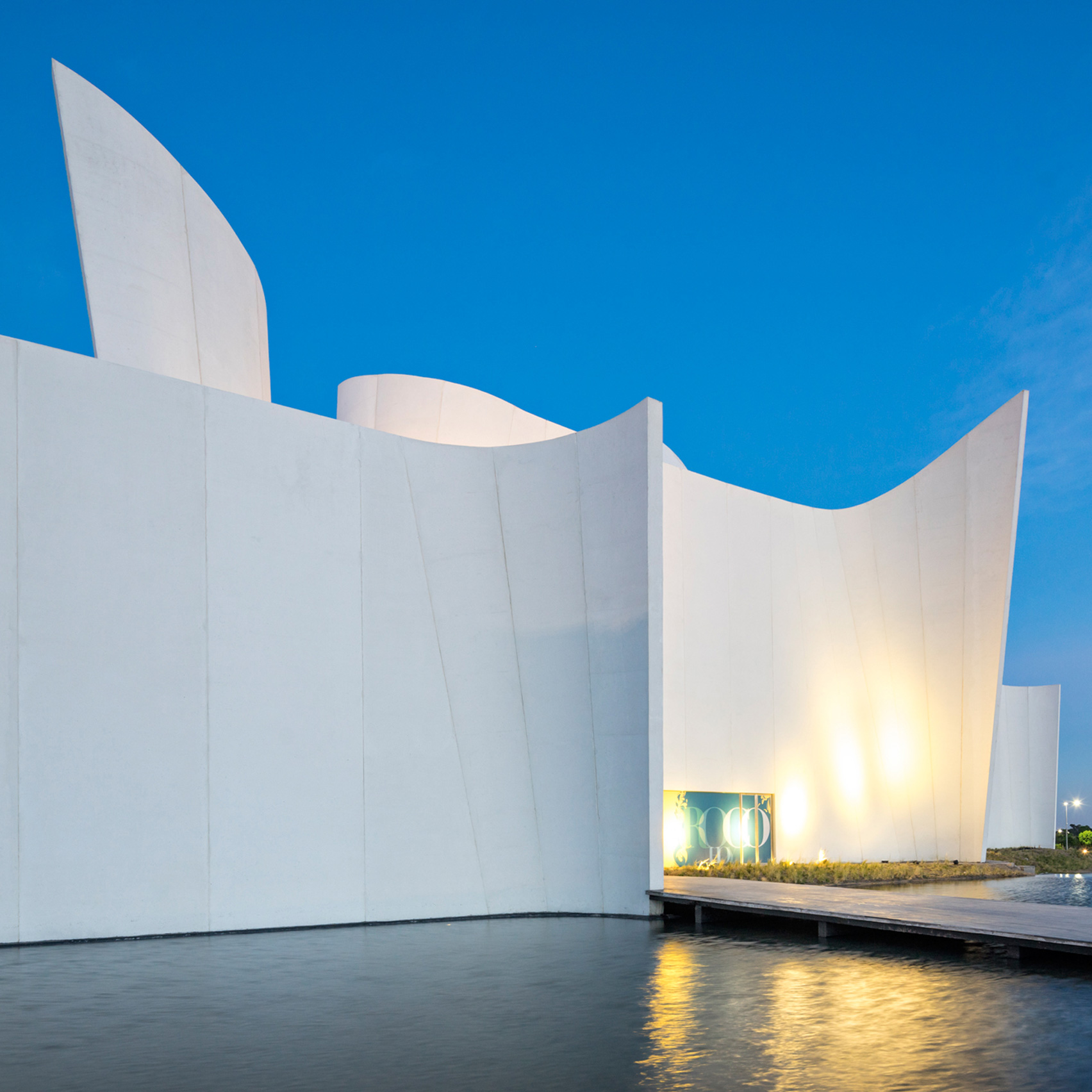 Completed in 2016, the Museo Internacional del Barroco (MIB) was designed for a plot on the edge of a park near the city of Puebla. It hosts examples of Baroque art ranging from painting, sculpture and fashion to architecture, music, theatre, literature and food. 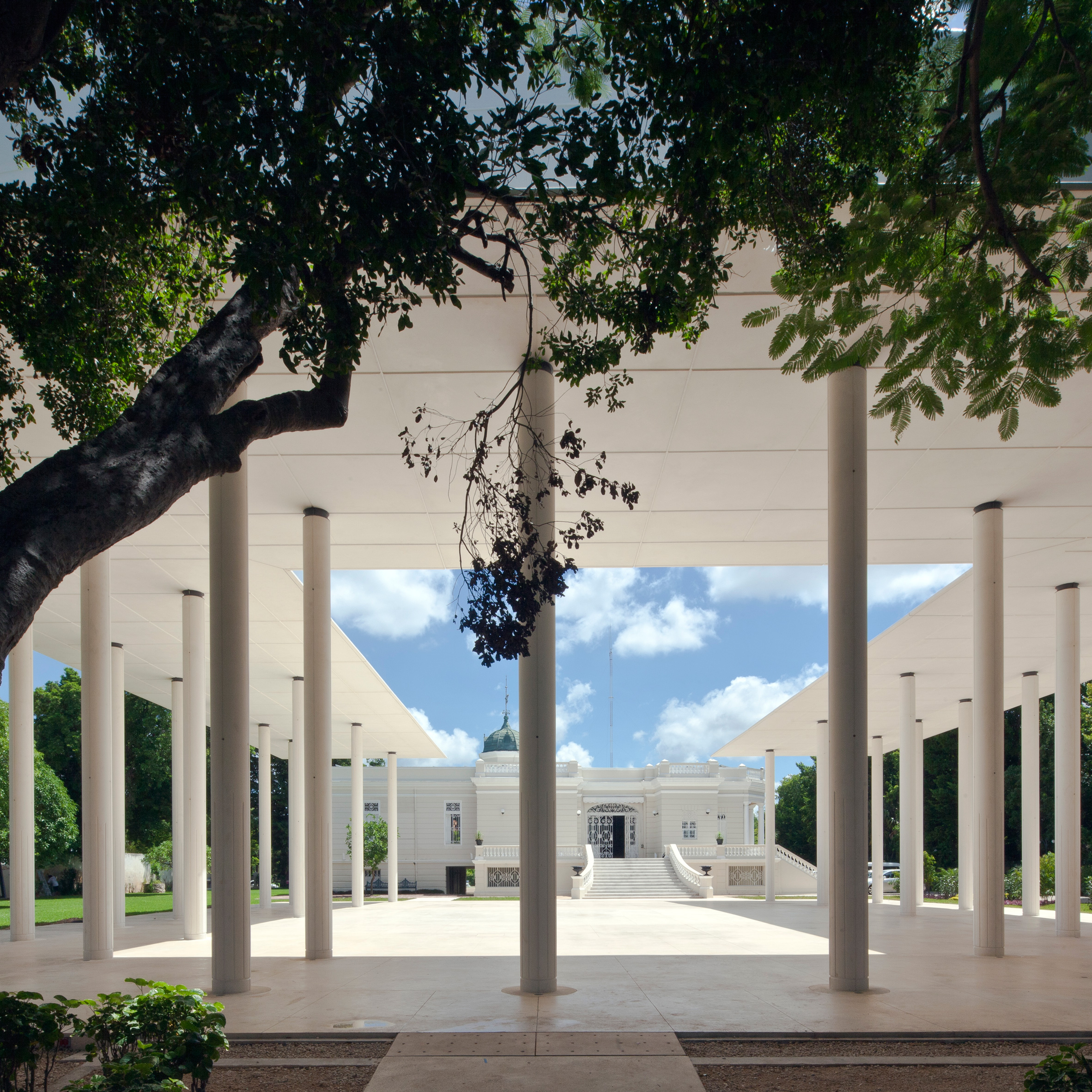 Thirty-six slender columns support the thin concrete canopy of this colonnade, which provides an outdoor events space for a house museum on the Yucatán Peninsula.

The pavilion, added in 2015, frames three sides of a paved courtyard at La Quinta Montes Molina – a historic 20th-century house in Merida that has become a museum. 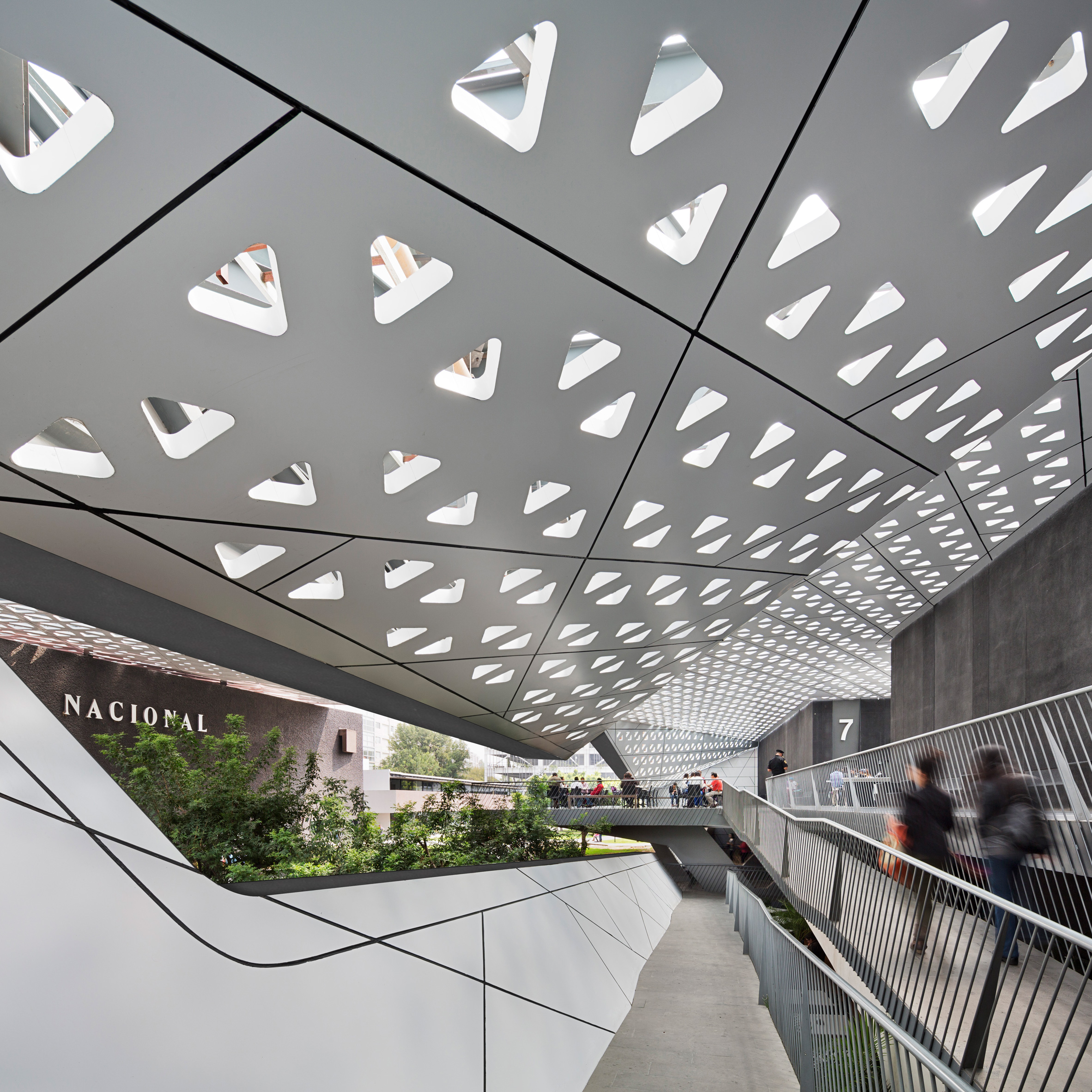 An aluminium canopy speckled with triangular perforations shelters the space between old and new buildings at Mexico’s National Film Archive and Film Institute, renovated by Rojkind Arquitectos in 2014.

The firm was tasked with upgrading the existing facilities of the campus in Xoco, south of Mexico City, as well as adding extra cinema screens, an outdoor amphitheatre and additional storage vaults for the film archive. 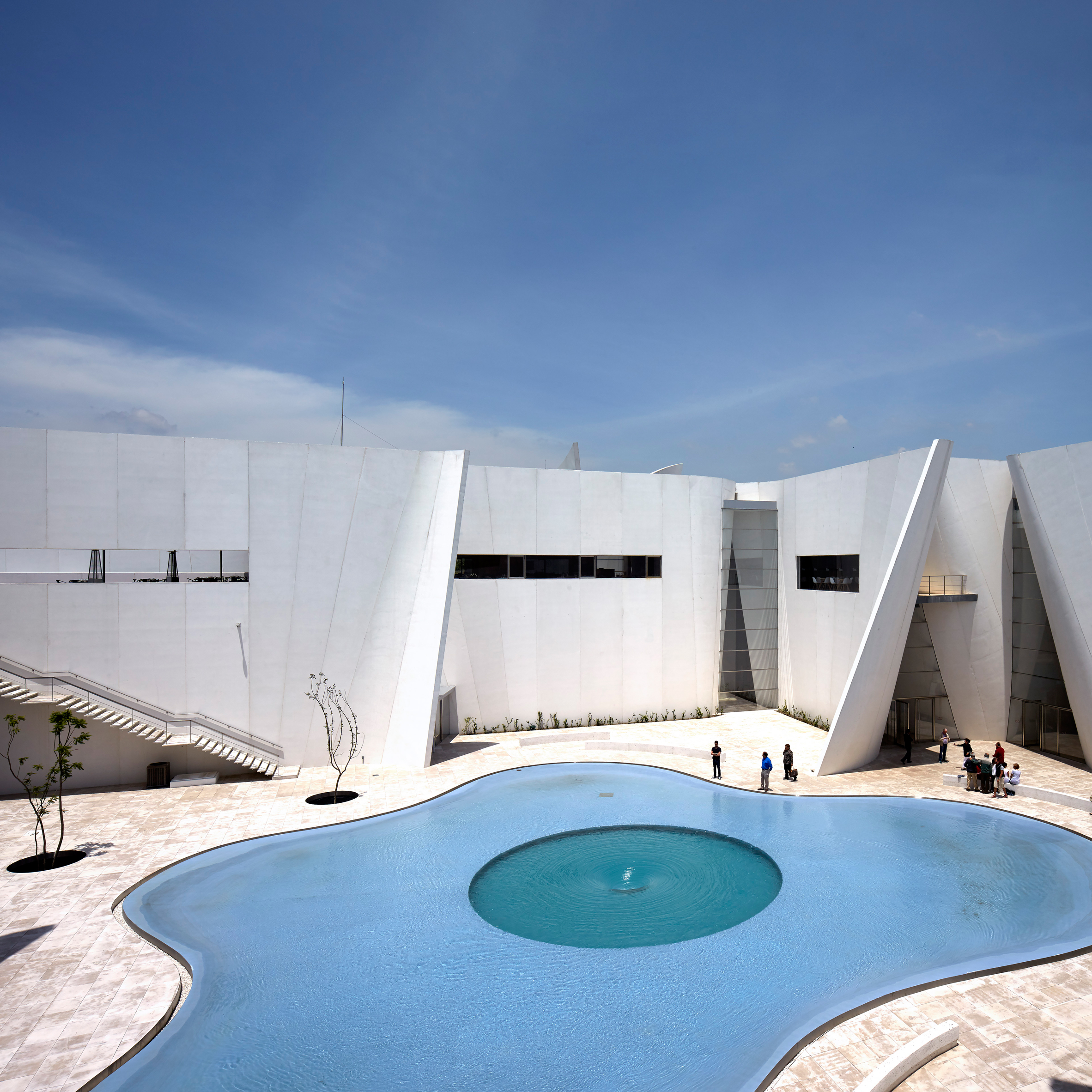