Modern architecture fans might be surprised to discover that there are many Bauhaus buildings that you can stay inside. As we continue our Bauhaus 100 series, here’s a look at eight of the best to visit during the school’s centenary in 2019.

The Bauhaus was the 20th century’s most influential design and architecture school, with buildings built by its teachers and those influenced by the movement spread across the globe.

It is actually possible to stay in buildings designed by Bauhaus figures includeing Walter Gropius and Herbert Bayer, including the Dessau school building itself.

There are also numerous other hotels and rental properties available that demonstrate the Bauhaus’ influence, in places including Tel Aviv, Cape Cod, Prague, and London.

Here’s our guide to the best eight Bauhaus hotels and buildings you can stay in: 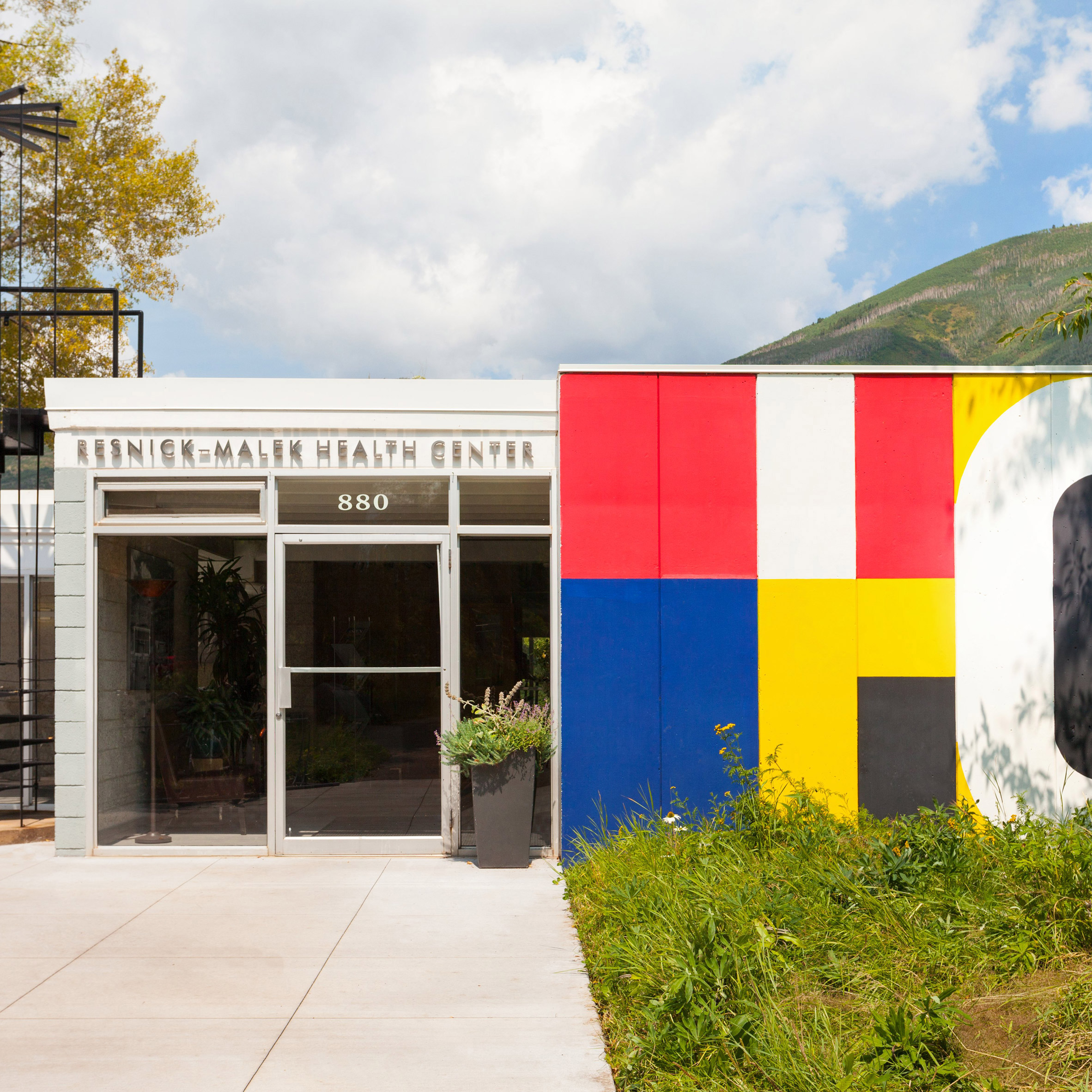 The Paepckes, founders of the Aspen Institute and Aspen Music Festival, commissioned Austrian Bauhaus alumni and teacher Herbert Bayer to design the 16-hectare campus that is now the Aspen Meadows resort.

Six of the buildings on the campus now make up the hotel’s main buildings. Bayer worked in collaboration with Fritz Benedict, who studied under Frank Lloyd Wright, and was also responsible for landscaping the grounds.

Built in the 1950s, the hotel has a white, cubist exterior, and re-opened in June 2018 following a 10-month renovation. The flat roofs, large windows and primary colour palette typical of Bauhaus architecture have remained and are picked out on the balconies of the 98 bedrooms. 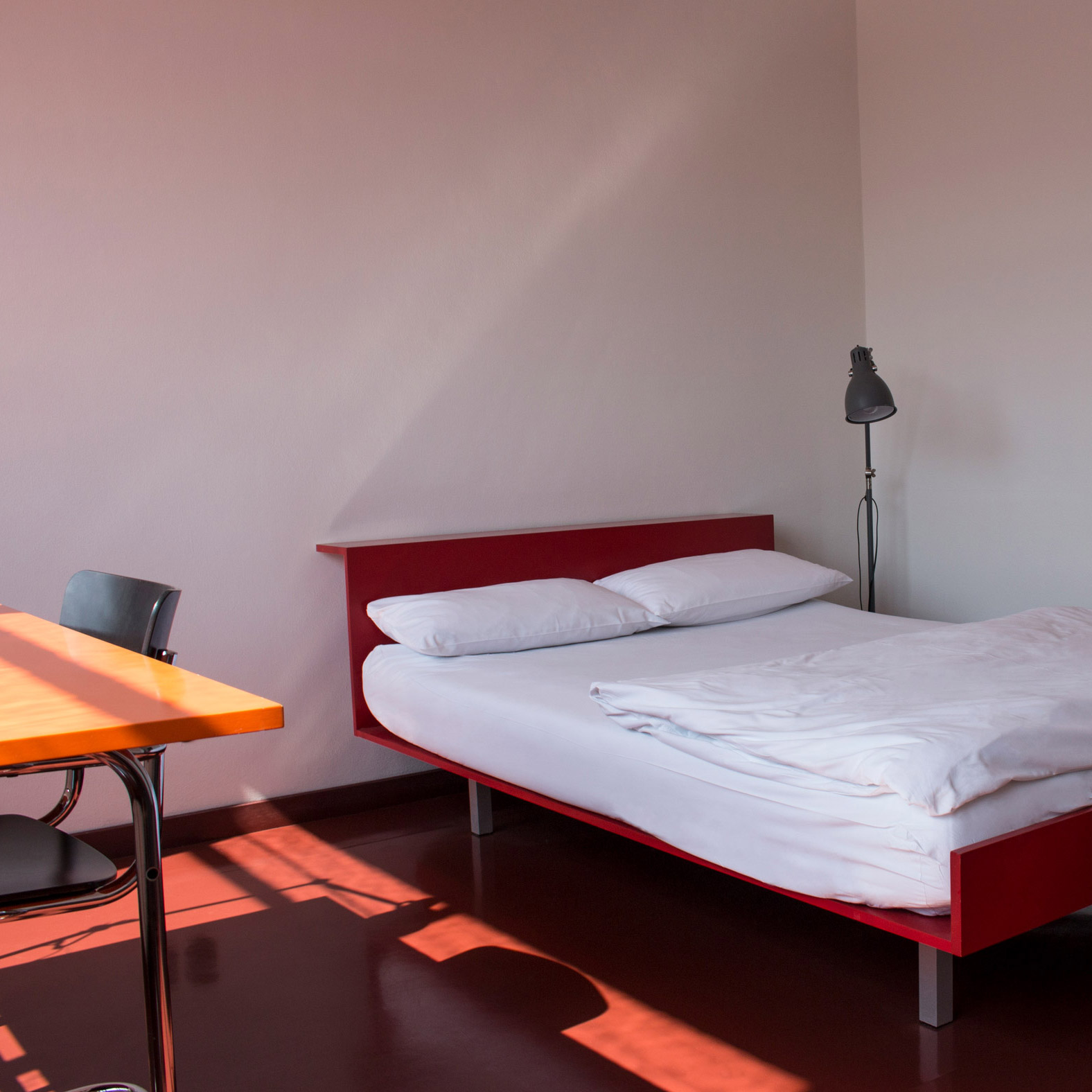 Guests can stay in one of the 28 studios at the school’s former workshop space at its building in Dessau, designed by Bauhaus founder Walter Gropius.

The studios have been refitted for guests based on the original floor plan, using contemporary materials, and are decorated with replicas of furniture from the period. Unlike most hotels, there’s no television, minibar or lift, and only basic shared bathroom facilities on each floor. 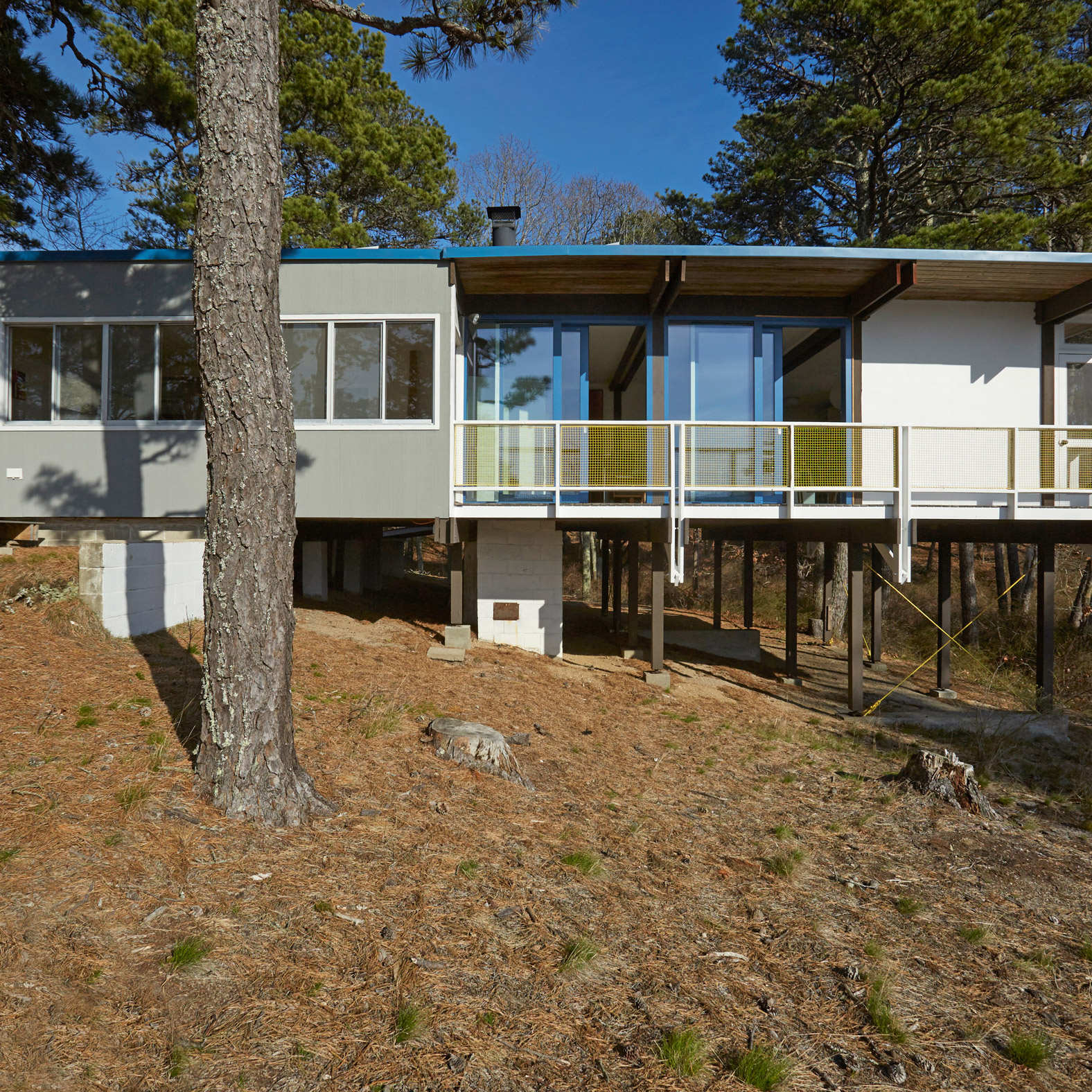 Hungarian engineer Paul Weidlinger, was one of a group of European architects and designers, including László Moholy-Nagy, Marcel Breuer and Walter Gropius, who holidayed together on the Outer Cape in the summer of 1937.

Weidlinger, who apprenticed with Moholy-Nagy, later built himself a house here in 1953. It is one of three properties in the woods near Wellfleet, Cape Cod, restored by Peter McMahon over the past decade and rented out to paying guests. 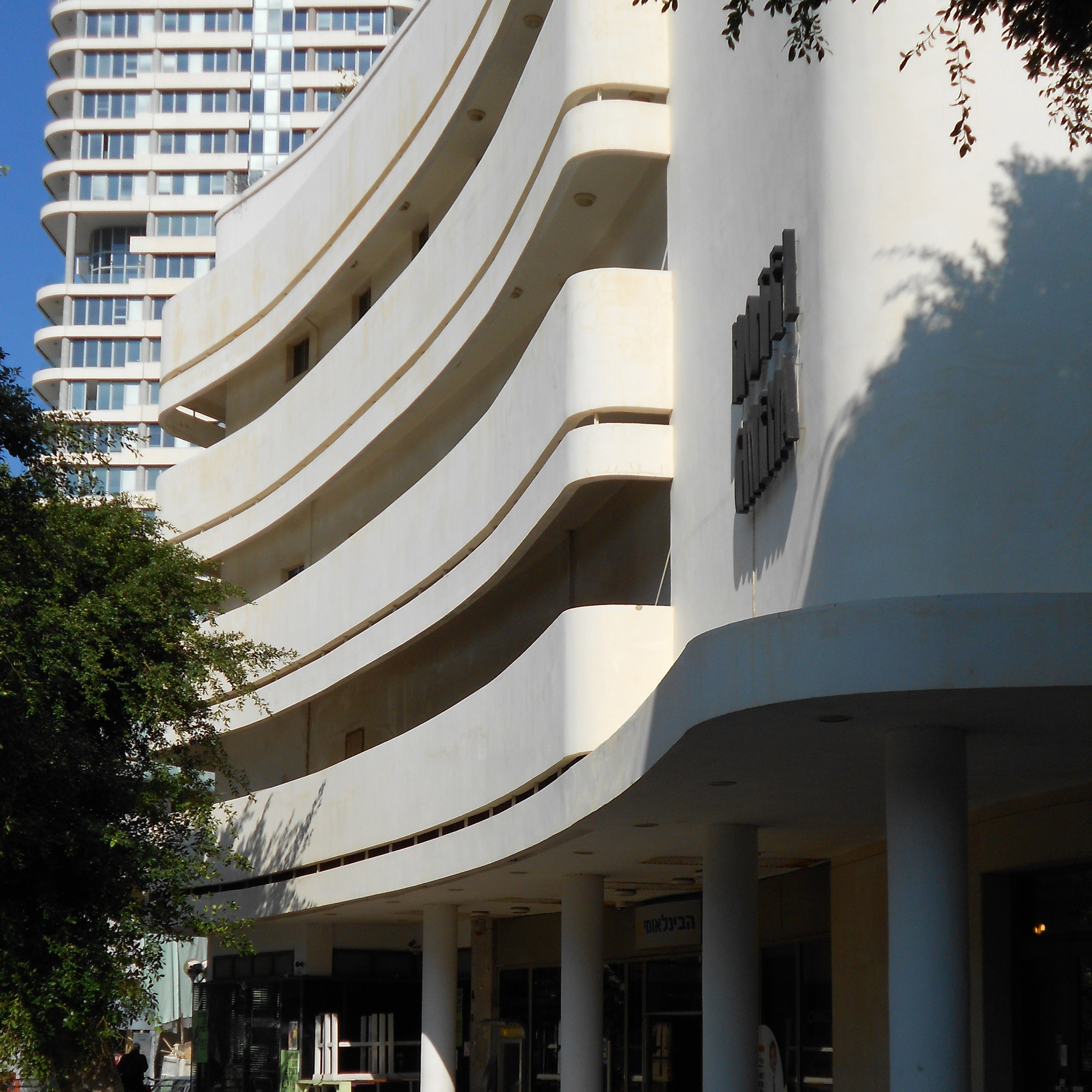 Guests can stay in one of 83 rooms in the area of the White City known for its Bauhaus buildings, many of which are being restored as part of a UNESCO World Heritage project.

Built in 1938, Hotel Cinema was one of Tel Aviv’s original movie theatres, the Esther Cinema, and is located in central Tel Aviv, just off the Dizengoff Circle. Its ribbon-like balconies and curved exterior fit with the overall design of concave balcony facades that Genia Averbouch designed for the circle itself. 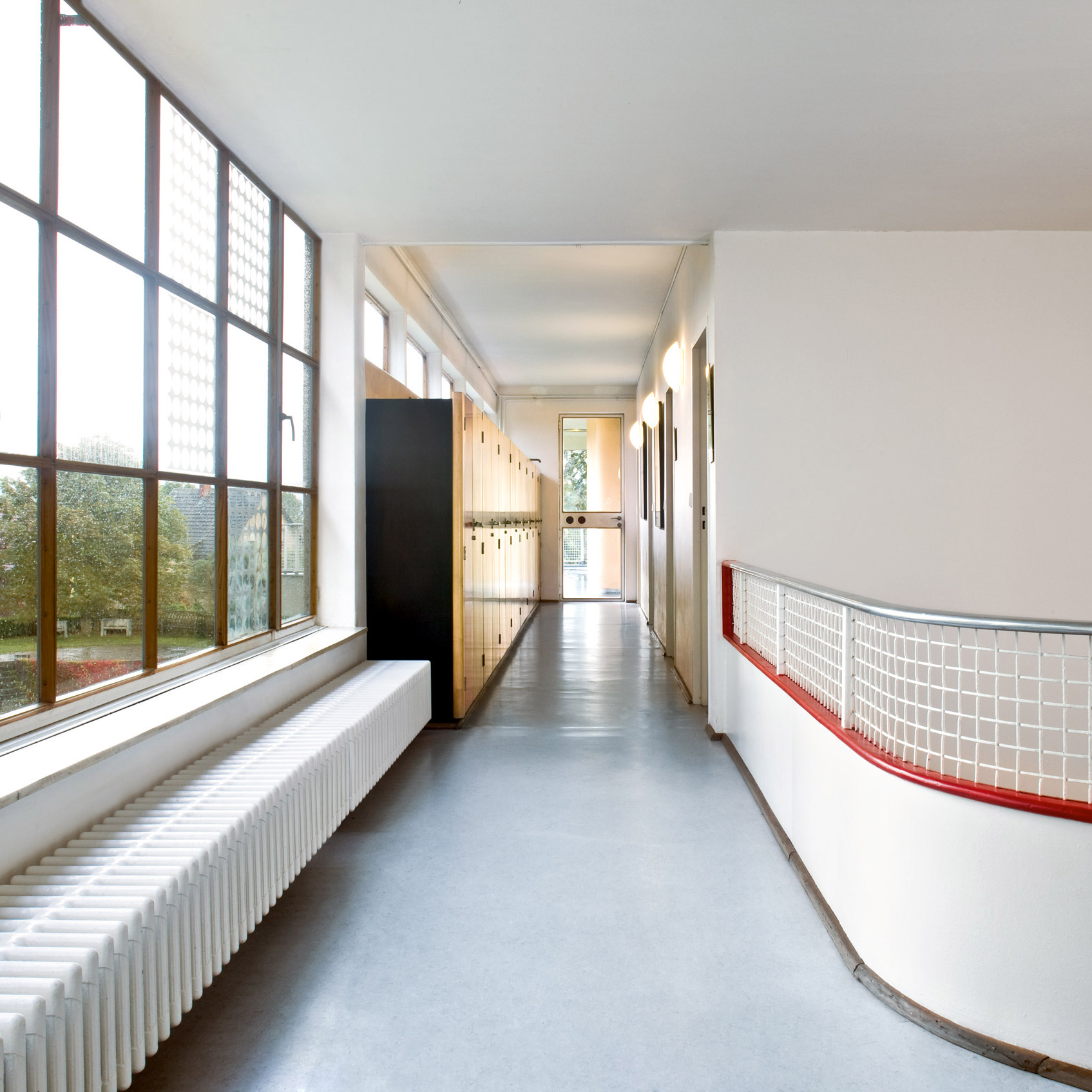 This house on the east German border, designed by Hans Scharoun, was built for the owner of a noodle factory who asked for “a modern house for two parents, four children and one or two occasional guests”.

The resulting structure has a curved body, porthole windows, terraces and sparsely decorated rooms that flow together to create an integrated living space. Guests staying overnight in one of the seven beds can cook in the kitchen and make use of the generous gardens and outdoor staircases. 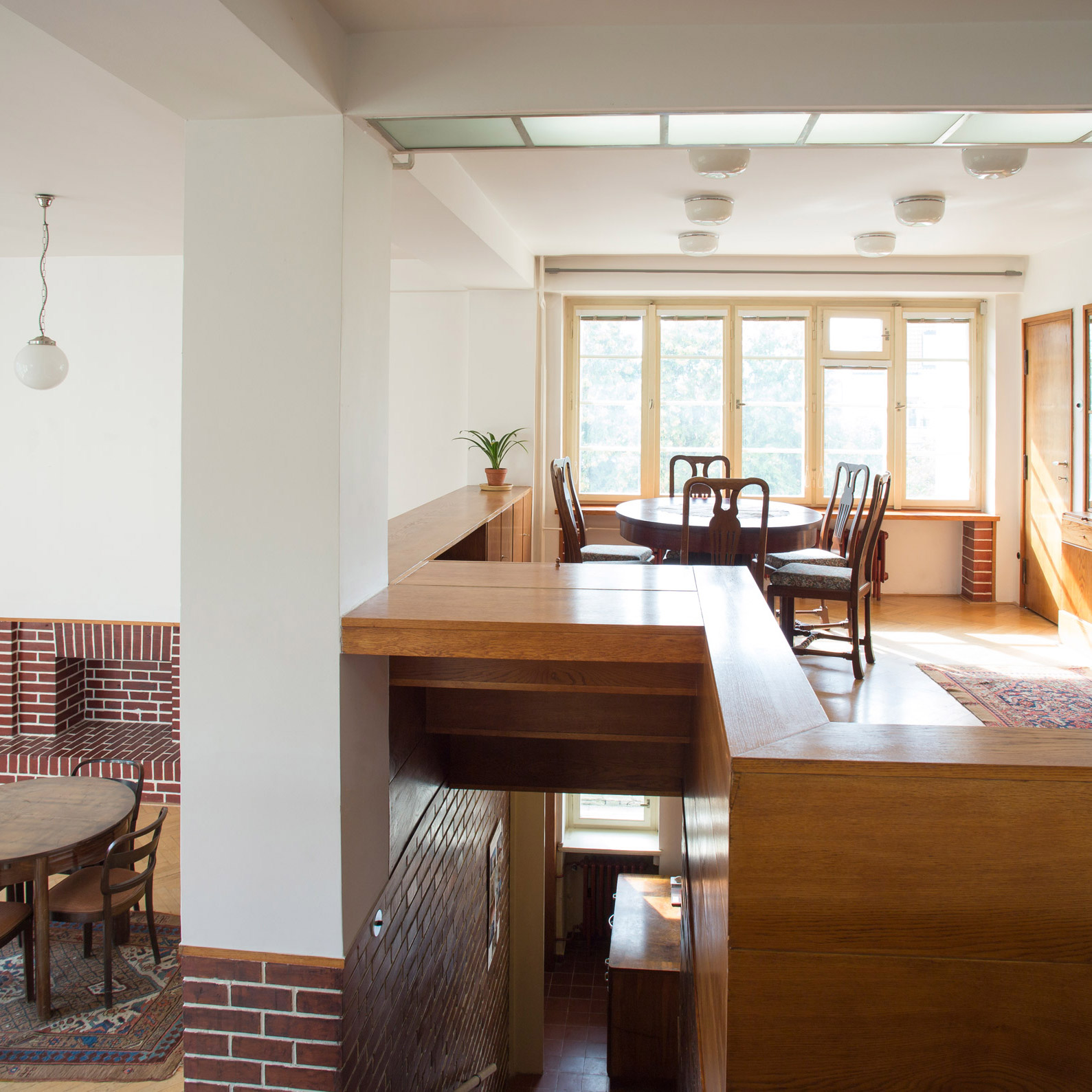 Adolf Loos was a direct predecessor of the Bauhaus architects, but his work followed the same principles, often featuring the large windows and cross beams that the school would later promote.

Villa Winternitz was commissioned in 1931 by a Prague lawyer, and was one of Loos’ final projects. It is now open to the public to visit and houses a programme of exhibitions. When the tours of the villa finish at 6pm, the curators hand over the keys to two people who can stay overnight until morning tours commence. 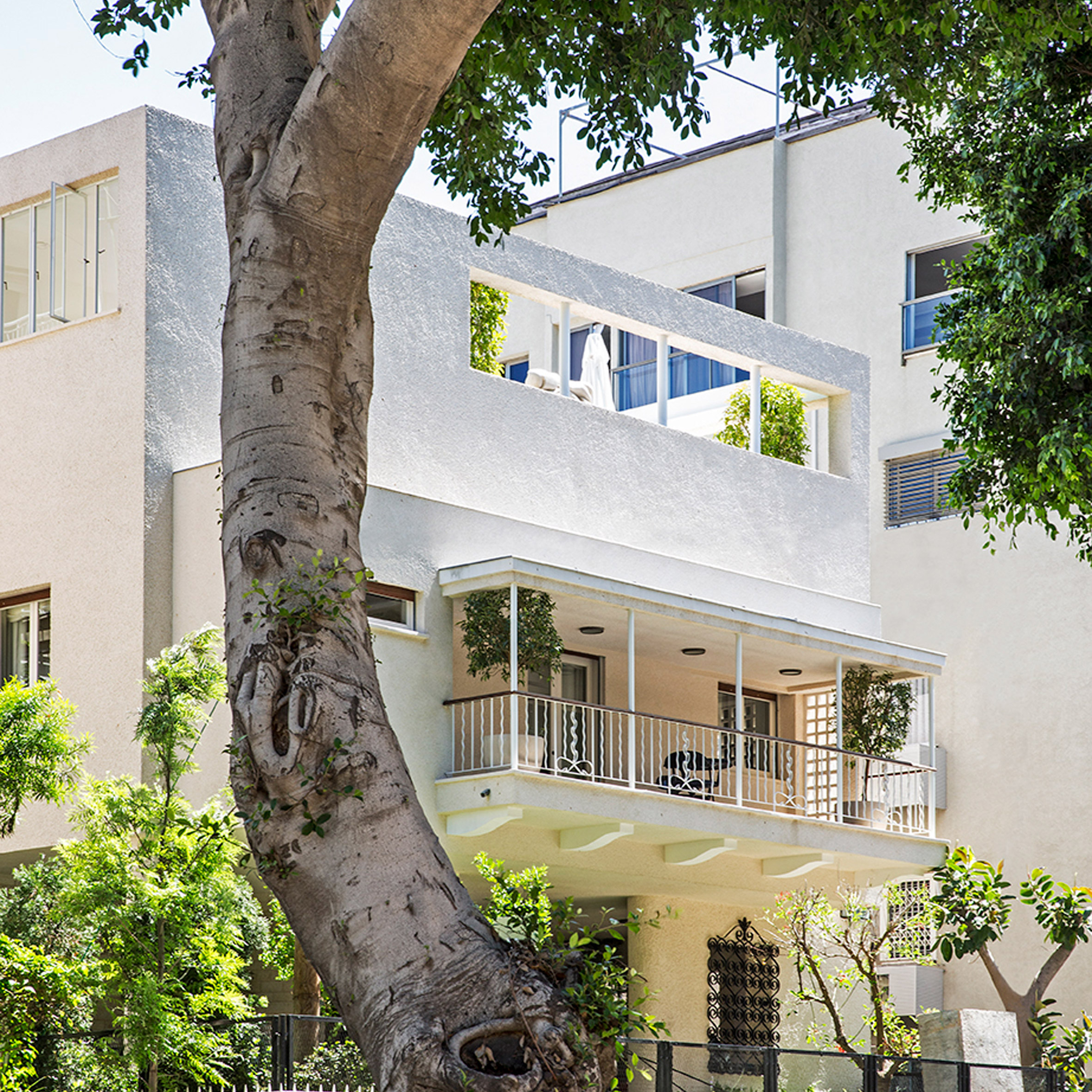 Originally built in 1948 for the Silberstein family, the White Villa is now a boutique hotel in Tel Aviv’s White City – one of 4,000 Bauhaus-style buildings in the city.

Samuel Barkai worked for, and was greatly influenced by, Le Corbusier and the International Style. His villa has been redecorated by Italian interior decorator Stefano Dorata, maintaining the original features while adding a modern edge. 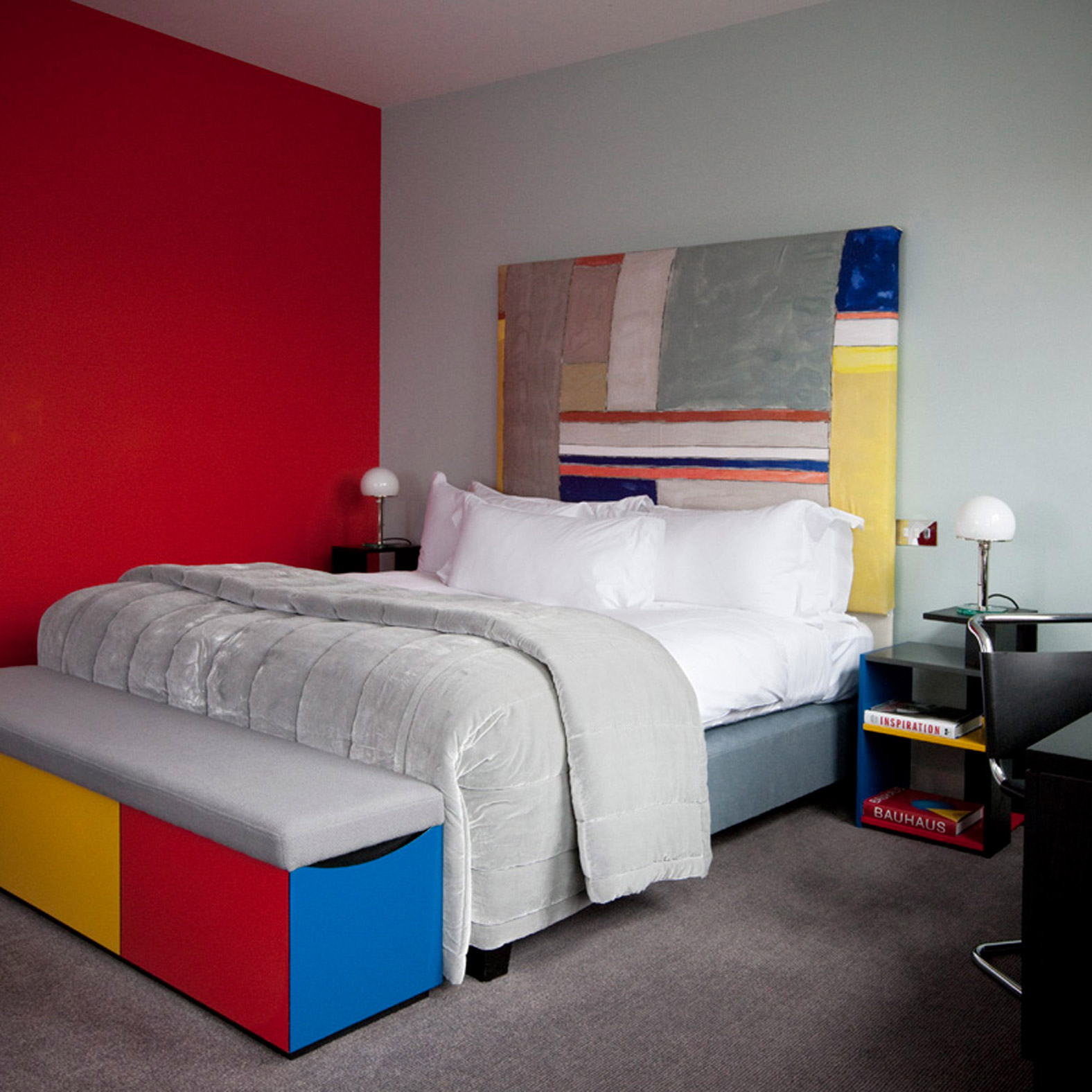 The Shoreditch outpost of Terence Conran’s hotel empire puts the spotlight firmly on the design world, with rooms inspired by the Bauhaus in general, as well as particular 20th century designers and architects including Mies van der Rohe, Eileen Grey, Charles and Ray Eames and Le Corbusier.

The Bauhaus room features a typical primary-colour scheme, while the bedside table comes stacked with literature on the German art and design school.

The Bauhaus is the most influential art and design school in history. To mark the centenary of the school’s founding, we’ve created a series of articles exploring the school’s key figures and projects.

The post Eight Bauhaus buildings where you can spend the night appeared first on Dezeen.