Architecture studio EFFEKT has released plans for a 600-metre-long treetop walkway connected to a spiralling observation tower with 360-degree views over the forest canopy of southern Denmark.

The local studio designed the continuous timber ramp as a commission for Camp Adventure, a tree-top adventure park located in the forests of Glisselfeld Kloster, Haslev – one hour south of Copenhagen. 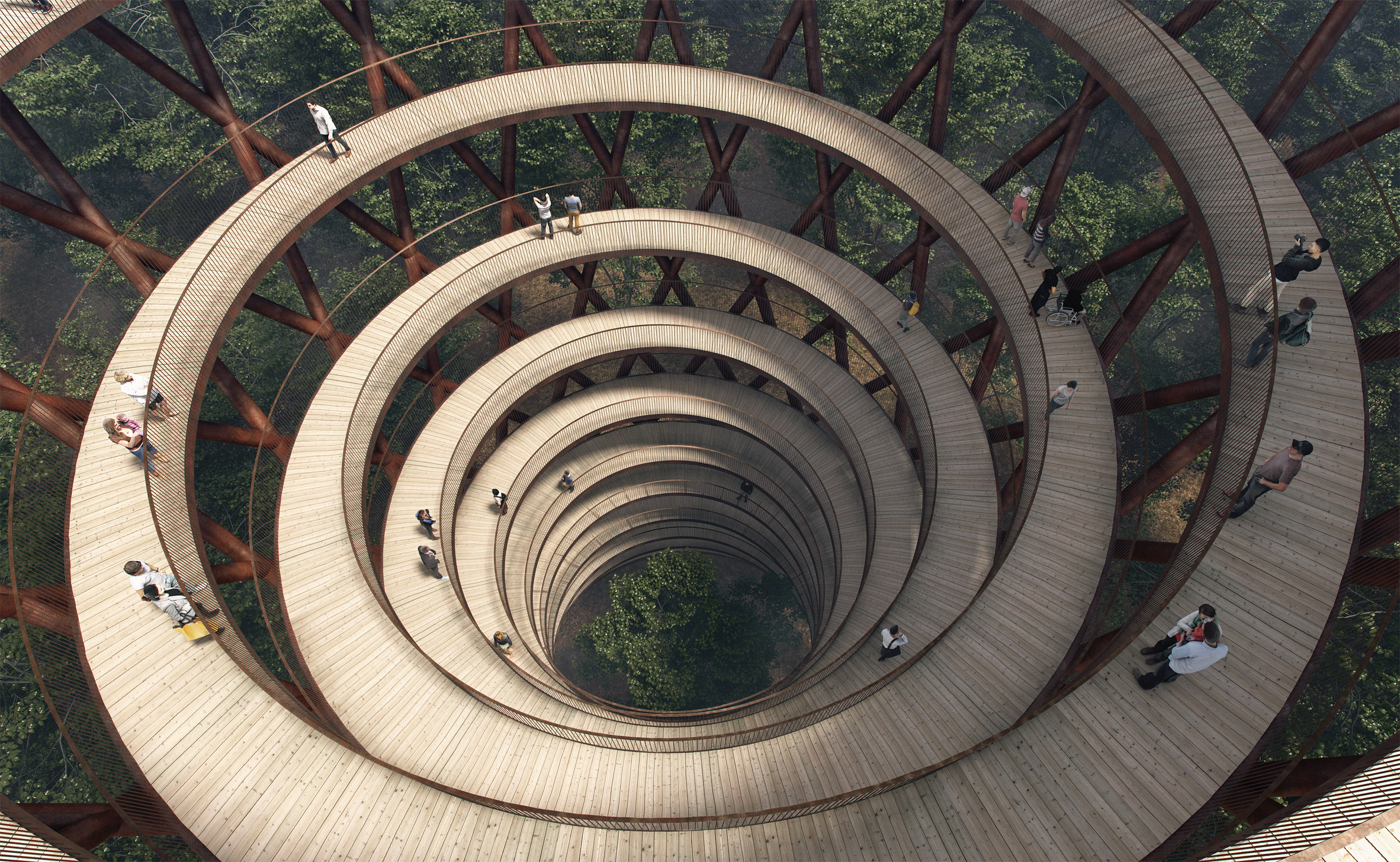 Shaped like an hourglass, the 45-metre observation tower will be surrounded by a lattice of Corten steel. This is designed to provide structural support while minimising the obstruction of the surrounding forest vistas and blending in subtly with the surrounding natural colours.

The enlarged base and crown of the tower is intended to offer both structural support and will allow for better contact to the forest canopy.

Starting at ground level, the ramp will lead the visitor over a split-level bridge, and up around the first helical ramp, which then flattens out to an elevated path through the forest canopy. Finally visitors will arrive at the spiralling ramp of the 13 tiers of the observation tower – concluding at the 360-degree viewing platform, metres above the treetops. 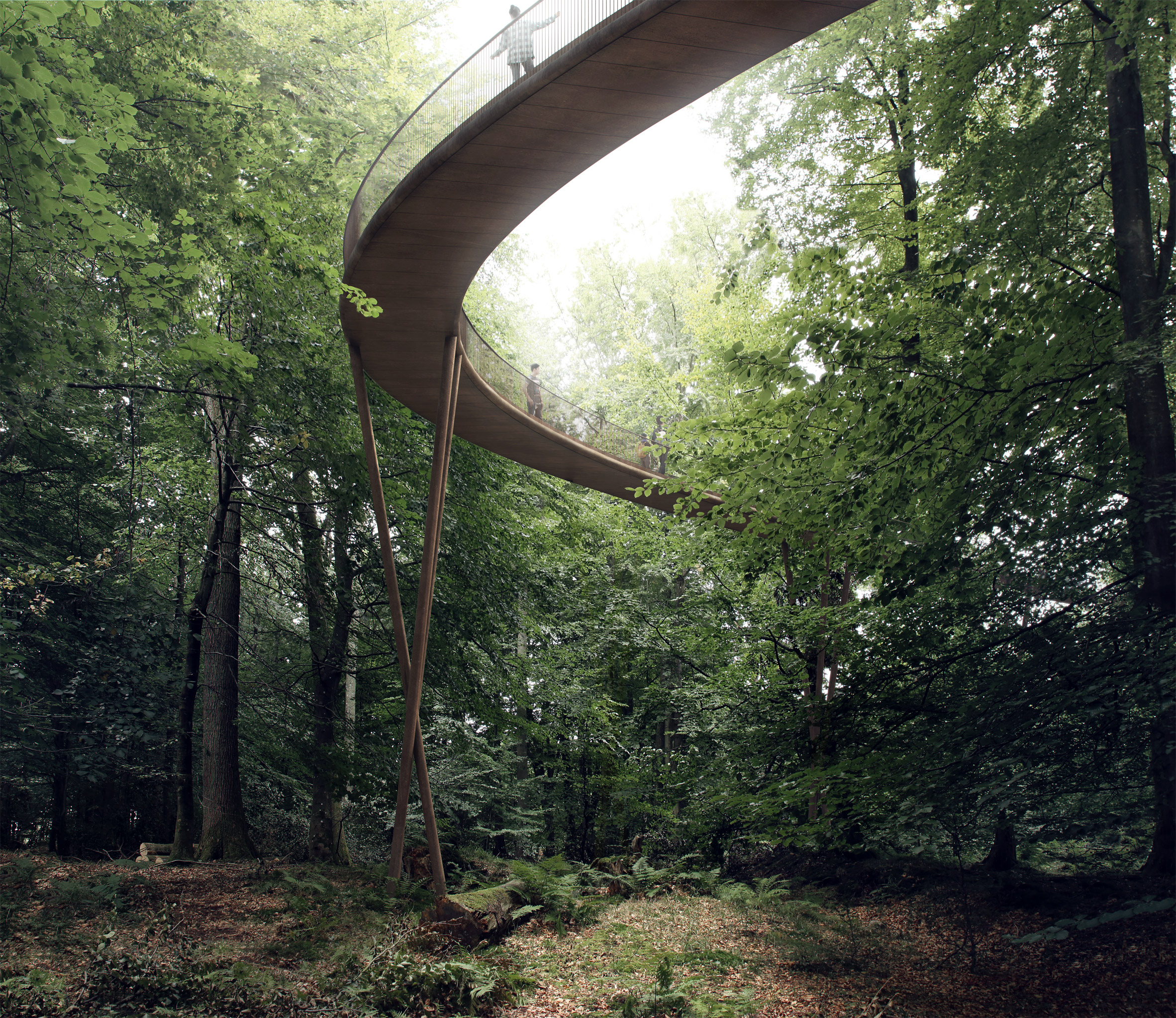 Similar twisting treetop paths have been created by Tetsuo Kondo Architects in Talinn, Estonia, and by Marks Barfield Architects, which created a winding path through the canopy at Kew Gardens in London.

Glisselfeld Klosters Skove is characterised by a hilly landscape that is rare in the notoriously flat region, with lakes, creeks and areas of wetlands. The walkway will be split into two sections, with the higher path passing through the older sections of the forest, while the lower path will be level with the younger saplings and trees. 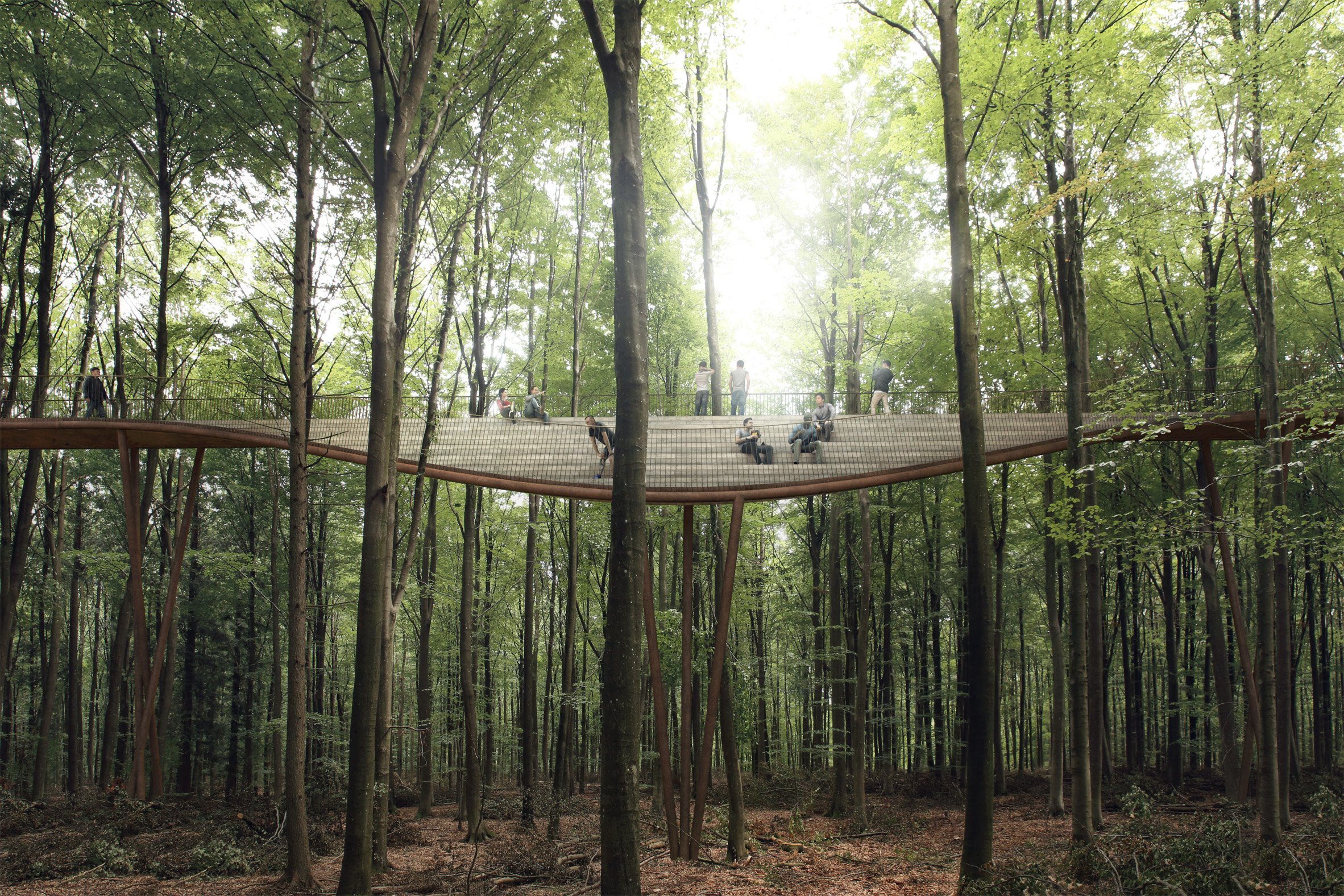 The continuous ramp will be fully accessible, with diverse design features – including bleacher seating; an aviary; looping pathways; and bridges – bringing variation to the viewing experience.

The Treetop Experience will be the most recent addition to Camp Adventure’s existing sports facilities, including treetop climbing paths and areal zip lines, which reach up to 25 metres in height. 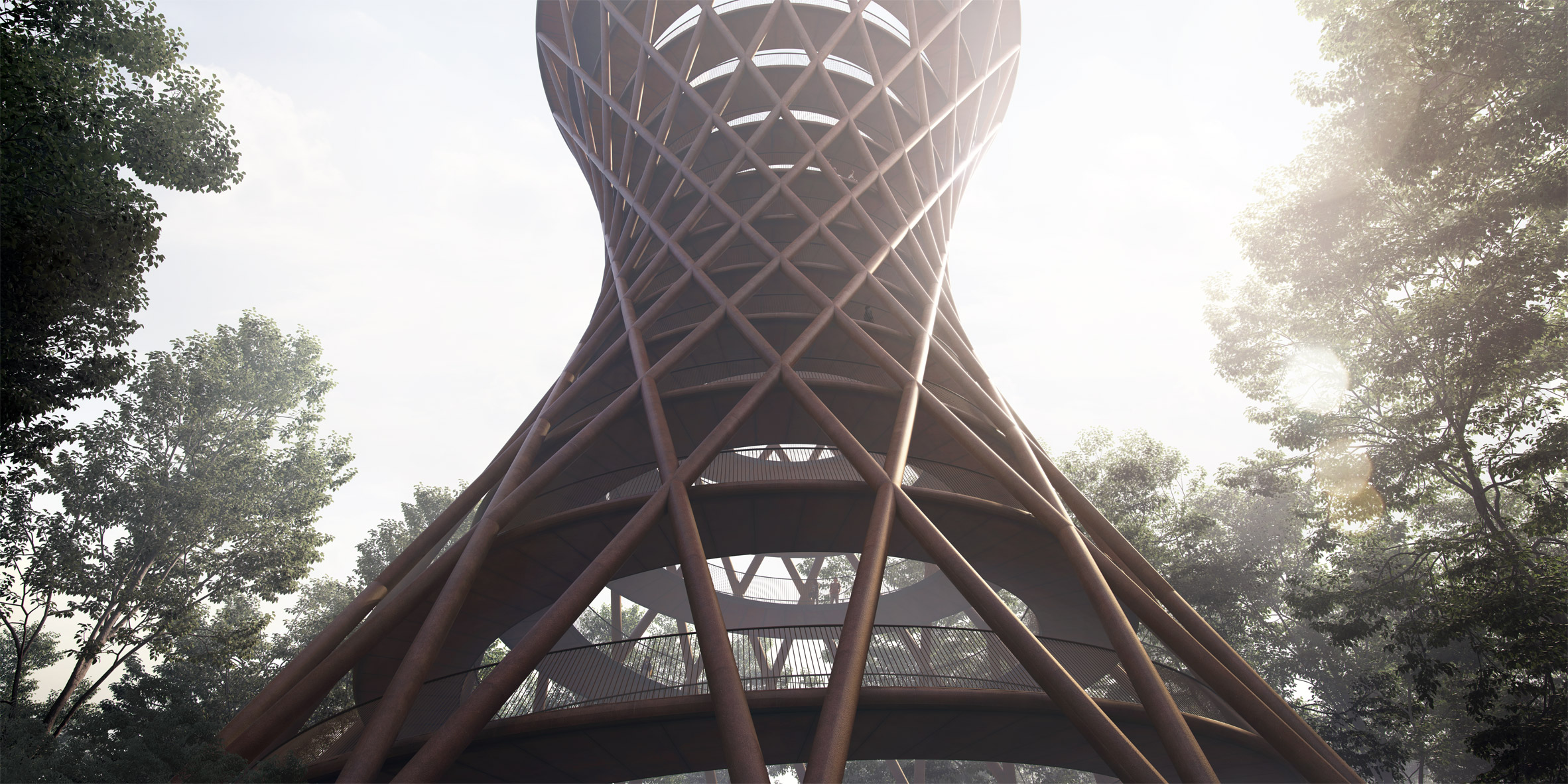 Other recent projects proposed by EFFEKT include a housing scheme for Bratislava, which features a dramatically staggered roofline intended to echo the peaks of a mountain range, and a self-sustaining, off-grid village of greenhouse properties, which aims to tackle a wide spectrum of global issues, from the food and water crises to the rise of CO2 emissions. 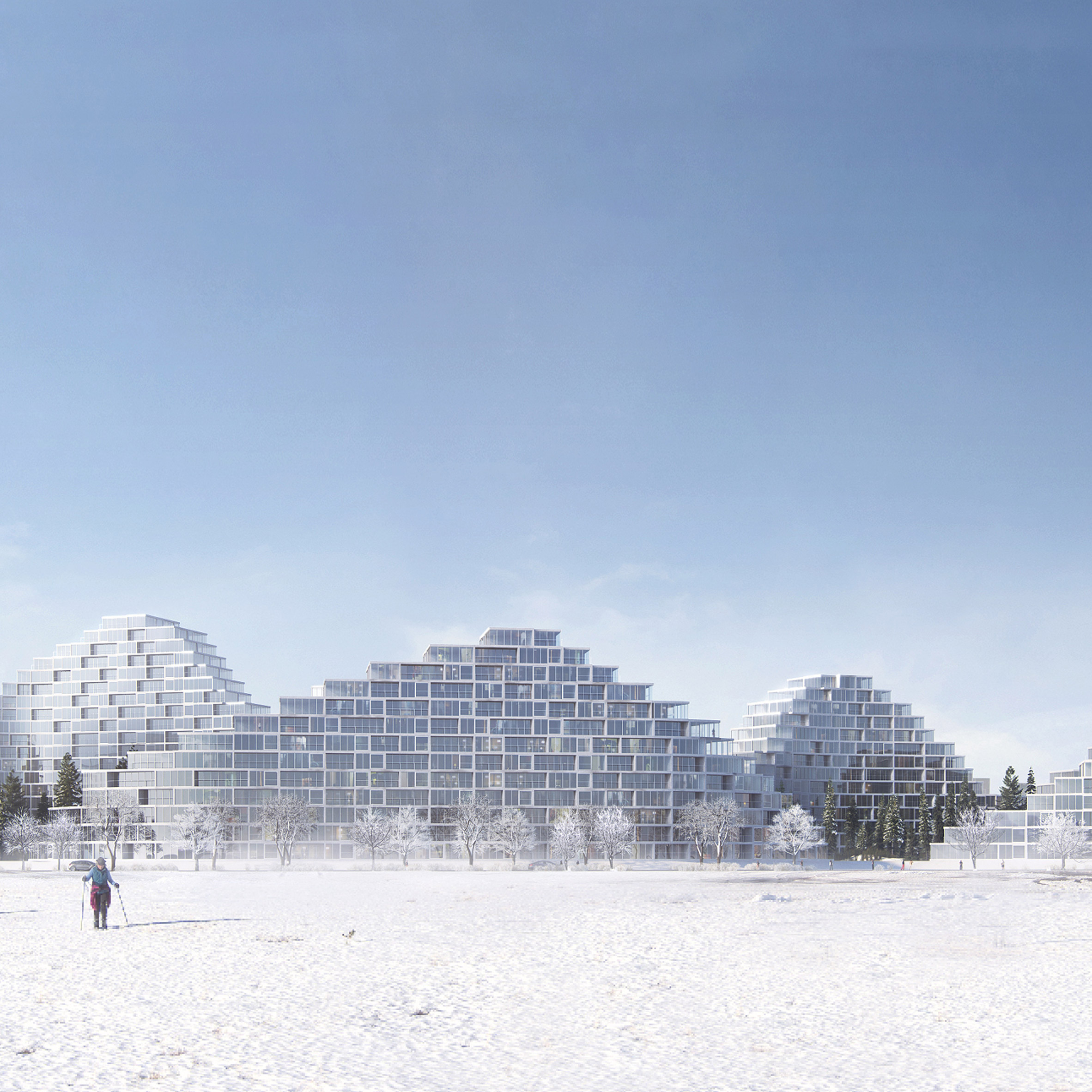