The bright white walls of this house by Portuguese architect Eduardo Souto de Moura are in stark contrast to the vibrant greenery of its setting, in a mountainous park on the outskirts of Lisbon. 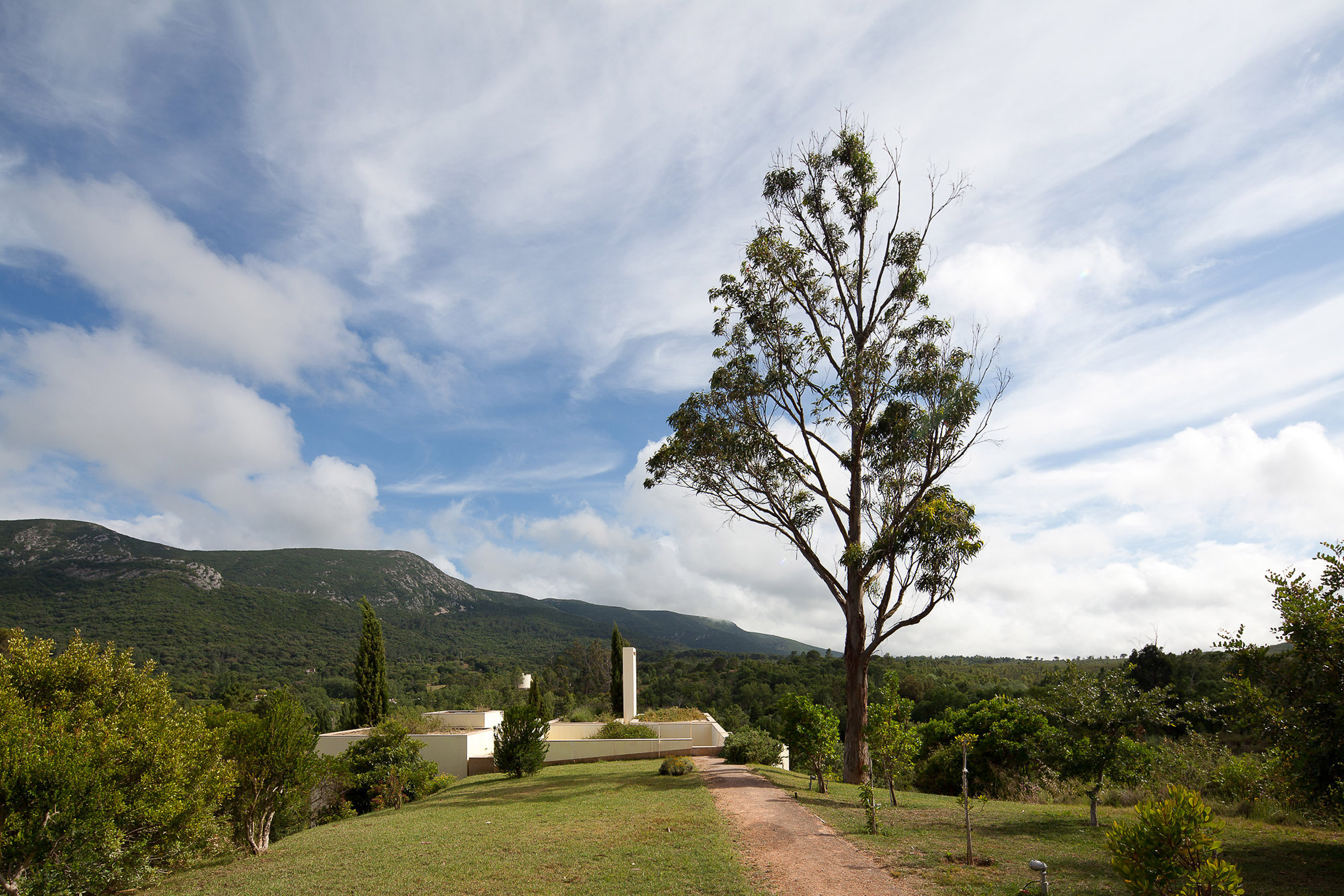 The 2011 Pritzker Prize laureate designed the residence for Serra da Arrabida, a huge protected parkland located 30 kilometres outside the Portuguese capital, between the towns of Palmela and Setubal.

It is made up of beaches, woodland and wildlife. 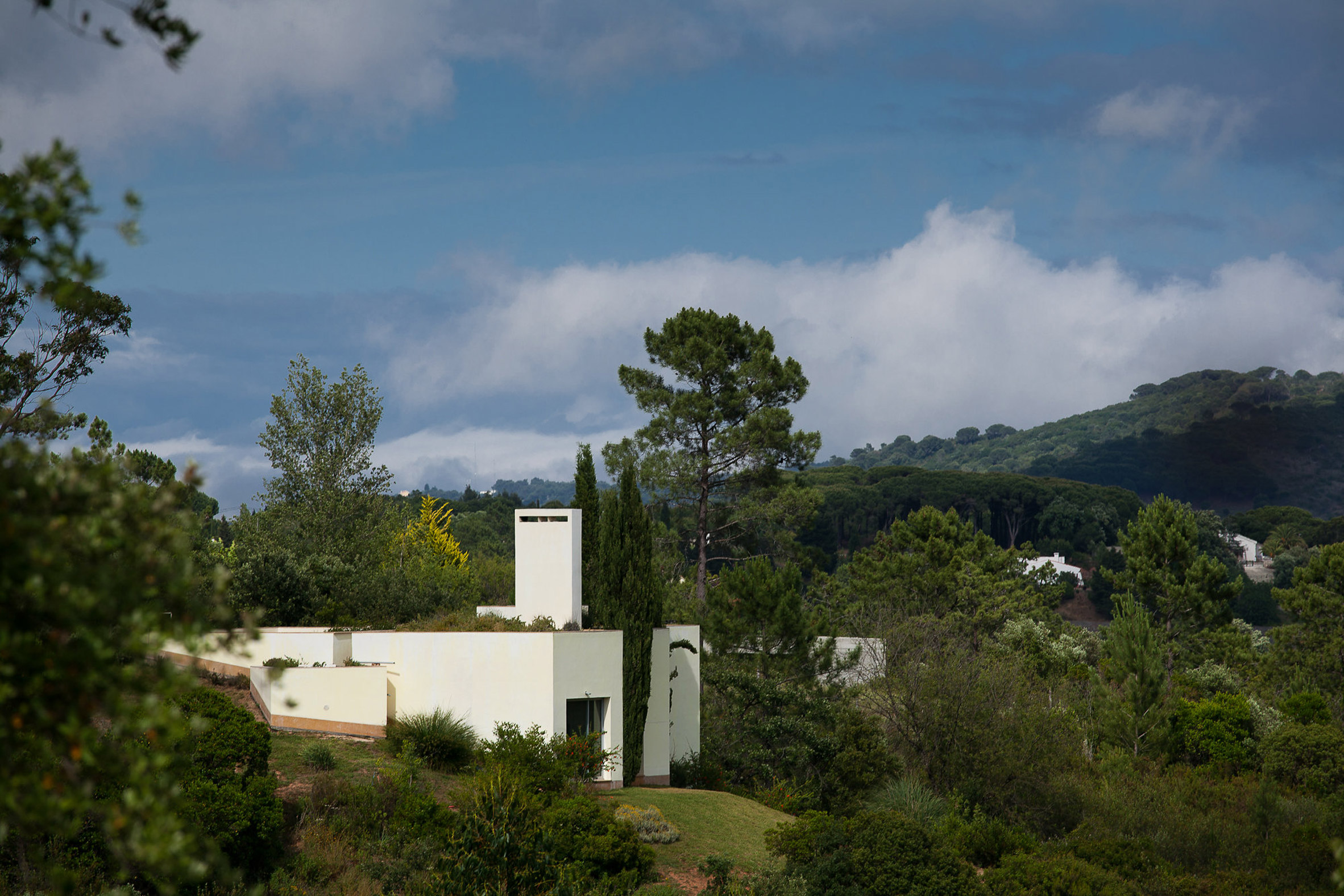 Called House in Sierra Arrábida, the house was completed in 2002 – but was recently captured by photographer José Campos. 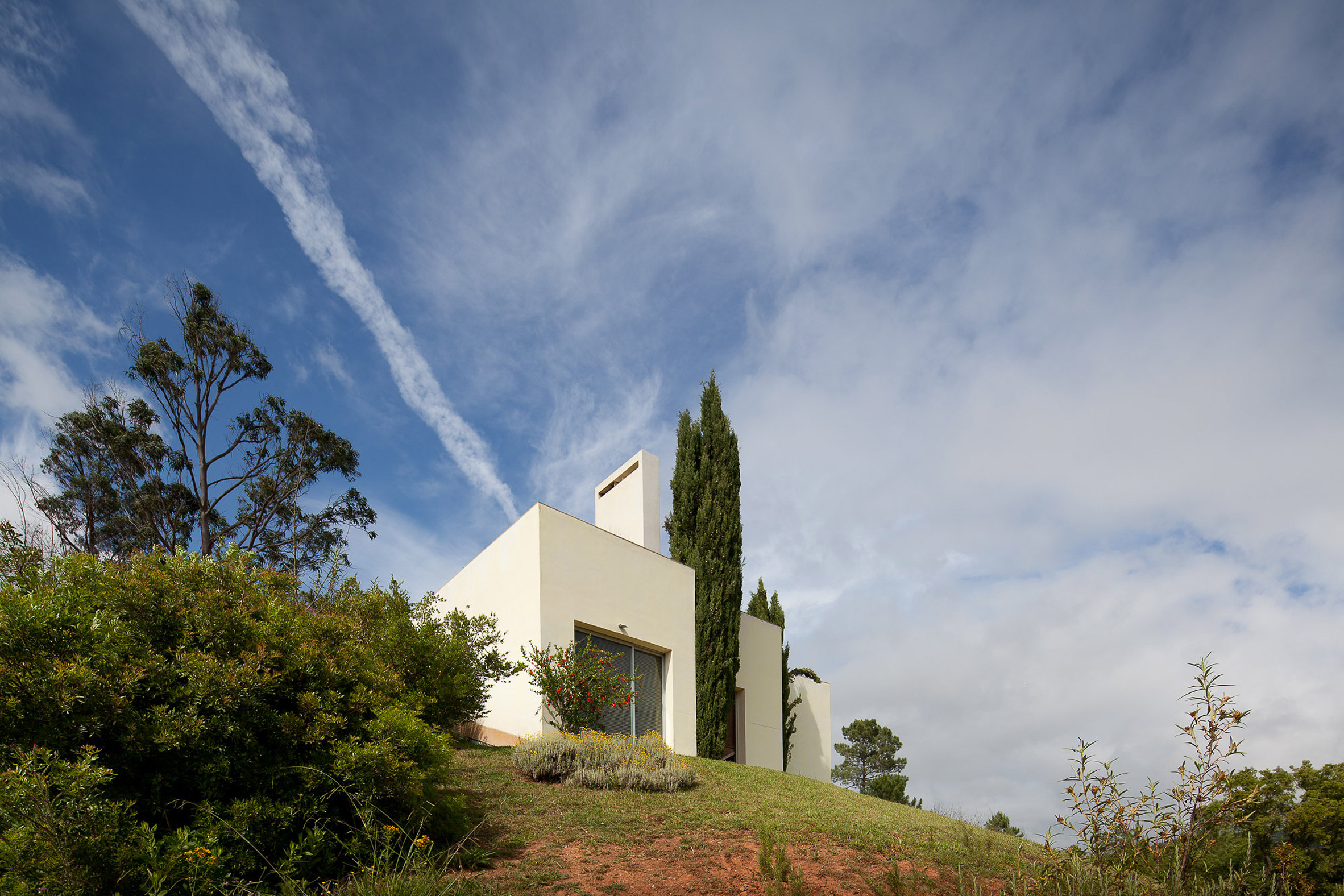 The building staggers down the slope so that is doesn’t block views from the access road, with greenery on the rooftop blending in with the background. The tall chimney forms a beacon for the property, while its white stucco exterior makes it stand out. 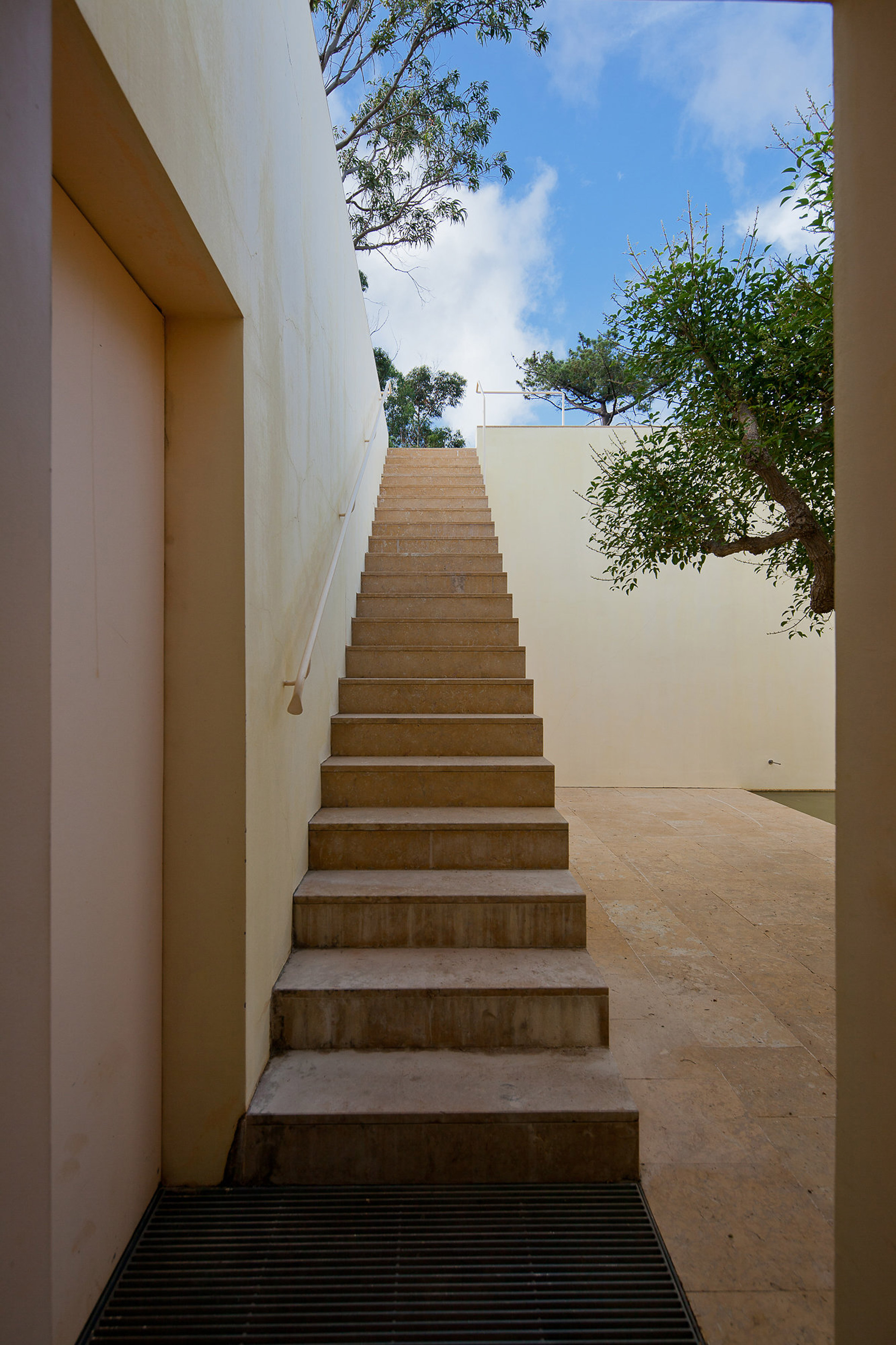 Souto de Moura fragmented the house into five blocks, which are oriented to make the most of the impressive views. Large trees grow up the gaps between each. 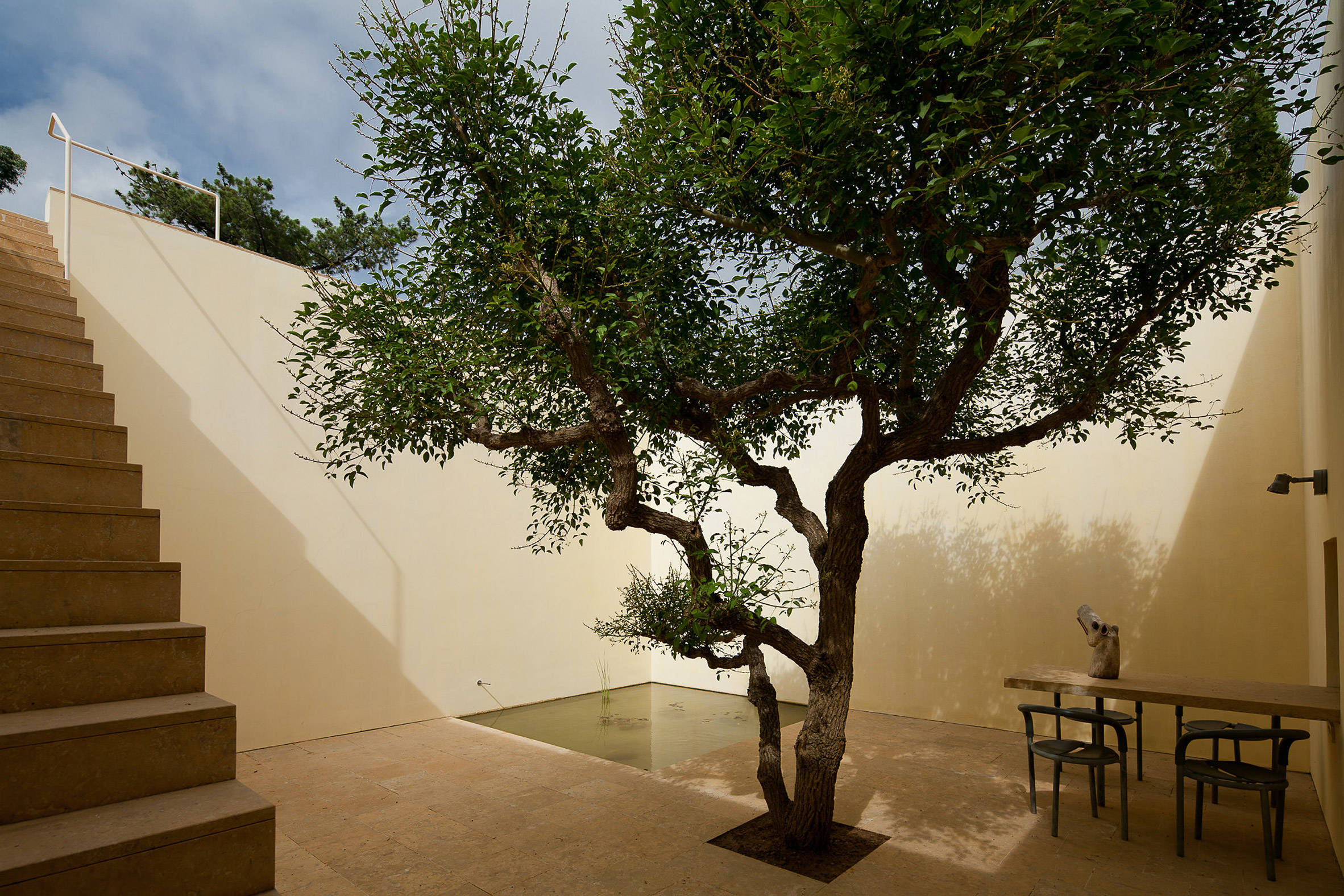 The house is accessed by a staircase with white metal balustrade, which leads down to a courtyard. Here, a large tree provides the outdoor dining table with shade, while a small pool creates a subtle link to a larger pond in the garden. 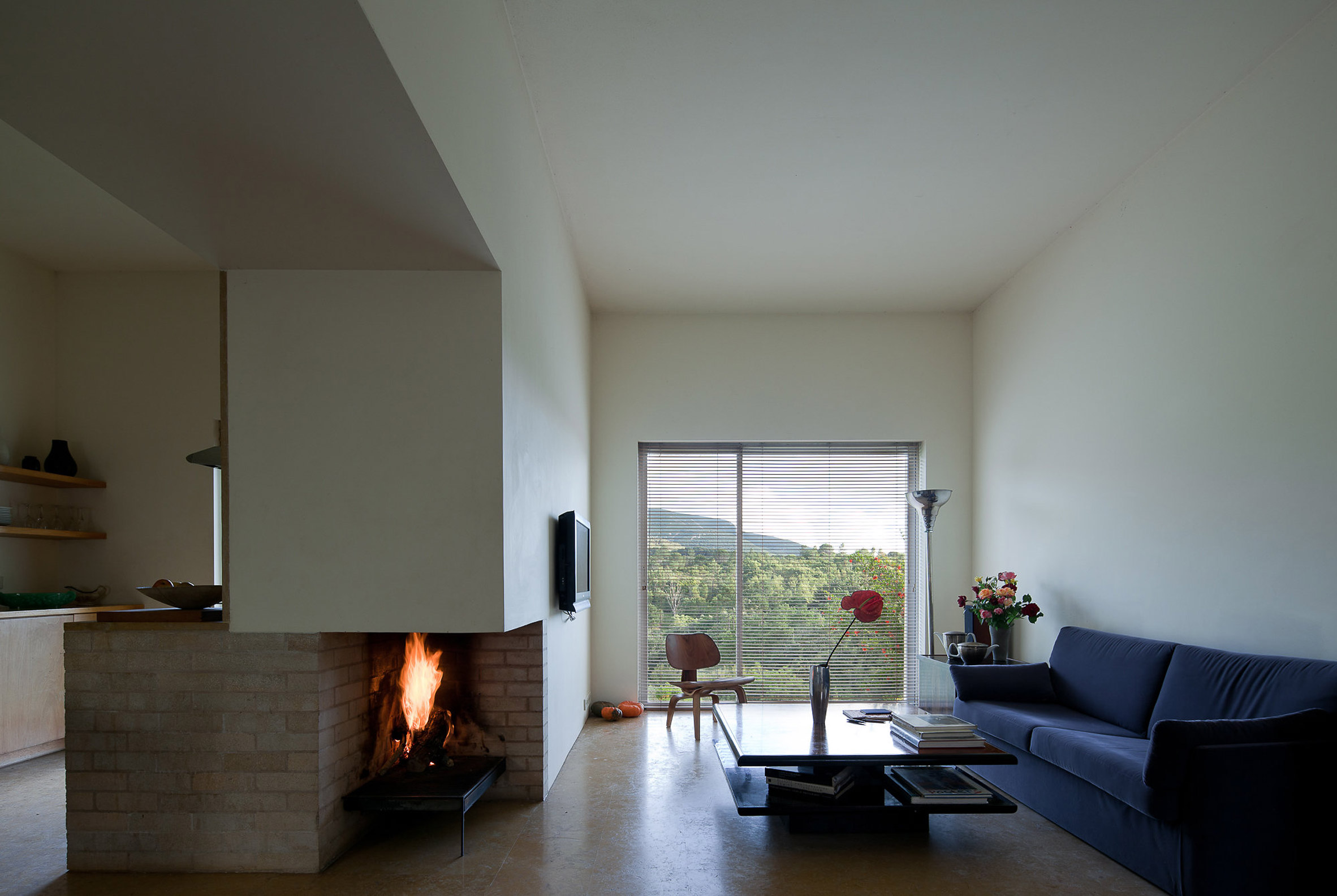 A door leads through from the courtyard into the main living spaces of the house. This area is partially divided by a wall that features the brick-lined fireplace carved into one corner.

The lounge is on one side of this wall and opens onto a terrace, while the kitchen and dining room occupy the other side. 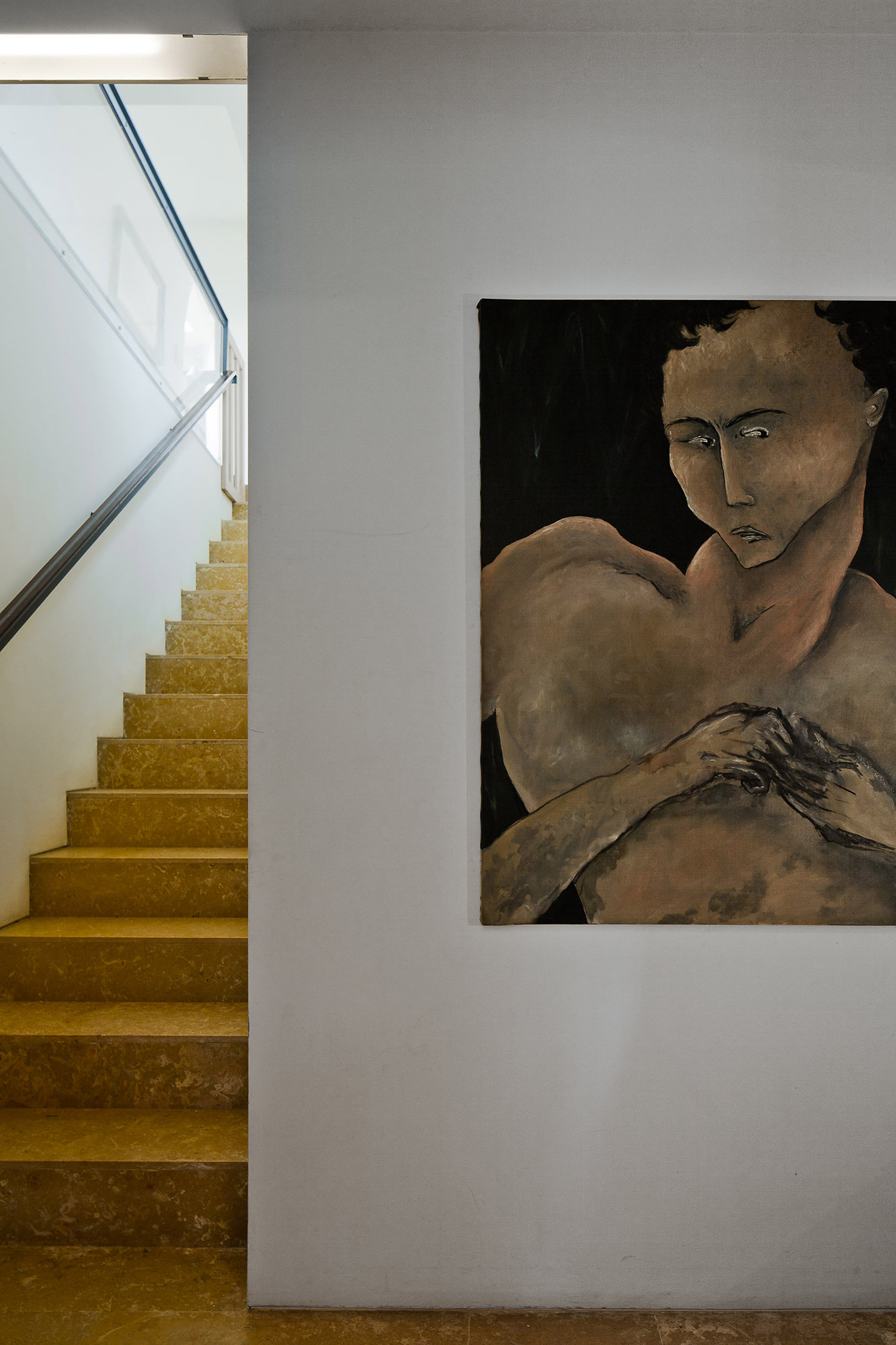 A hall leads from the living space into the two blocks on the eastern side of the house. The rear is partially embedded into the hill and occupied by the study, while the front block is occupied by a bedroom. Another two bedrooms occupy the floor below. 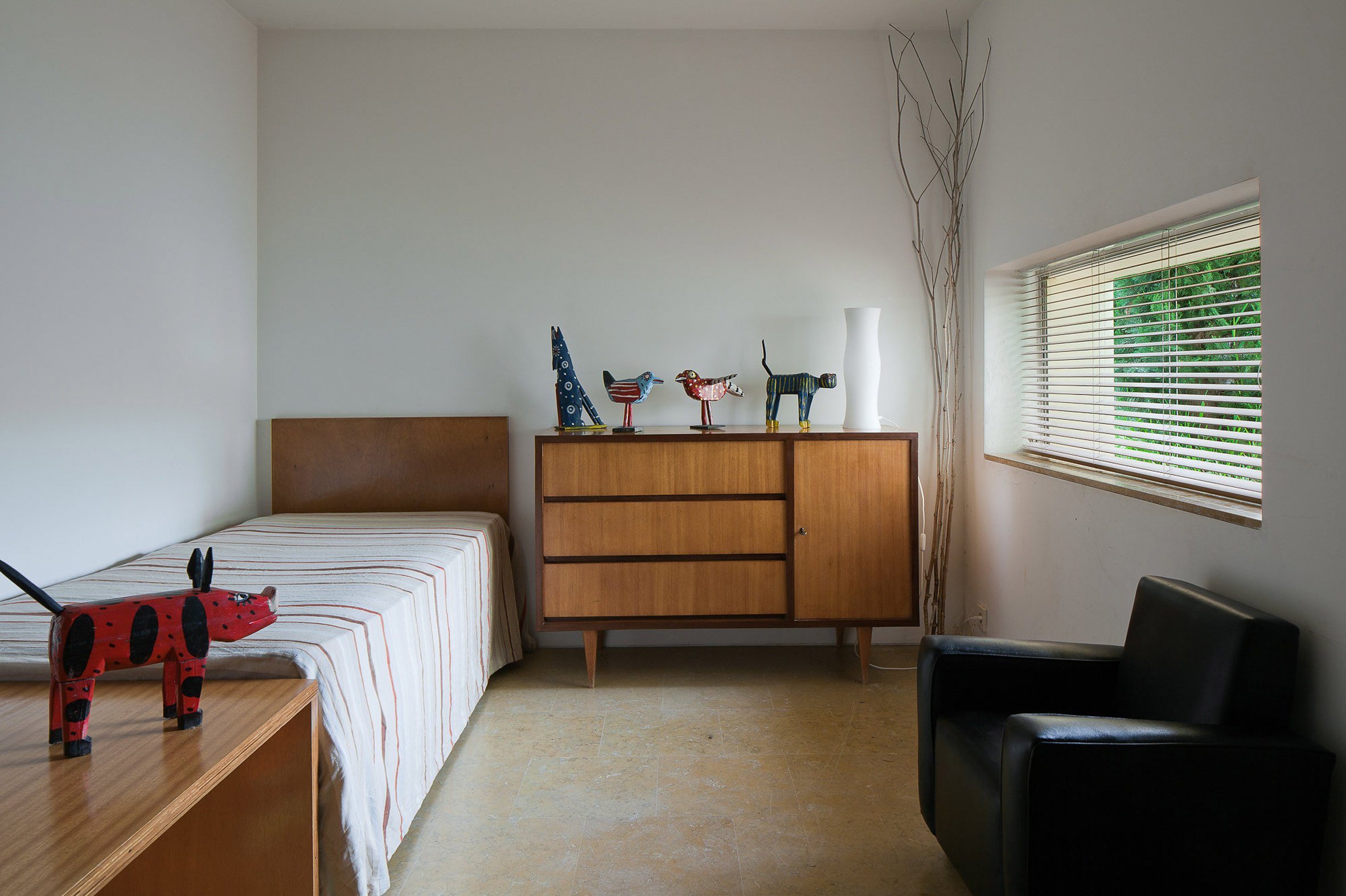 The House in Sierra Arrábida is one of the key projects that Eduardo Souto de Moura’s completed before he was been named 2011 Pritzker Prize Laureate. His other celebrated projects include the Casa das Histórias Paula Rego in Cascais. 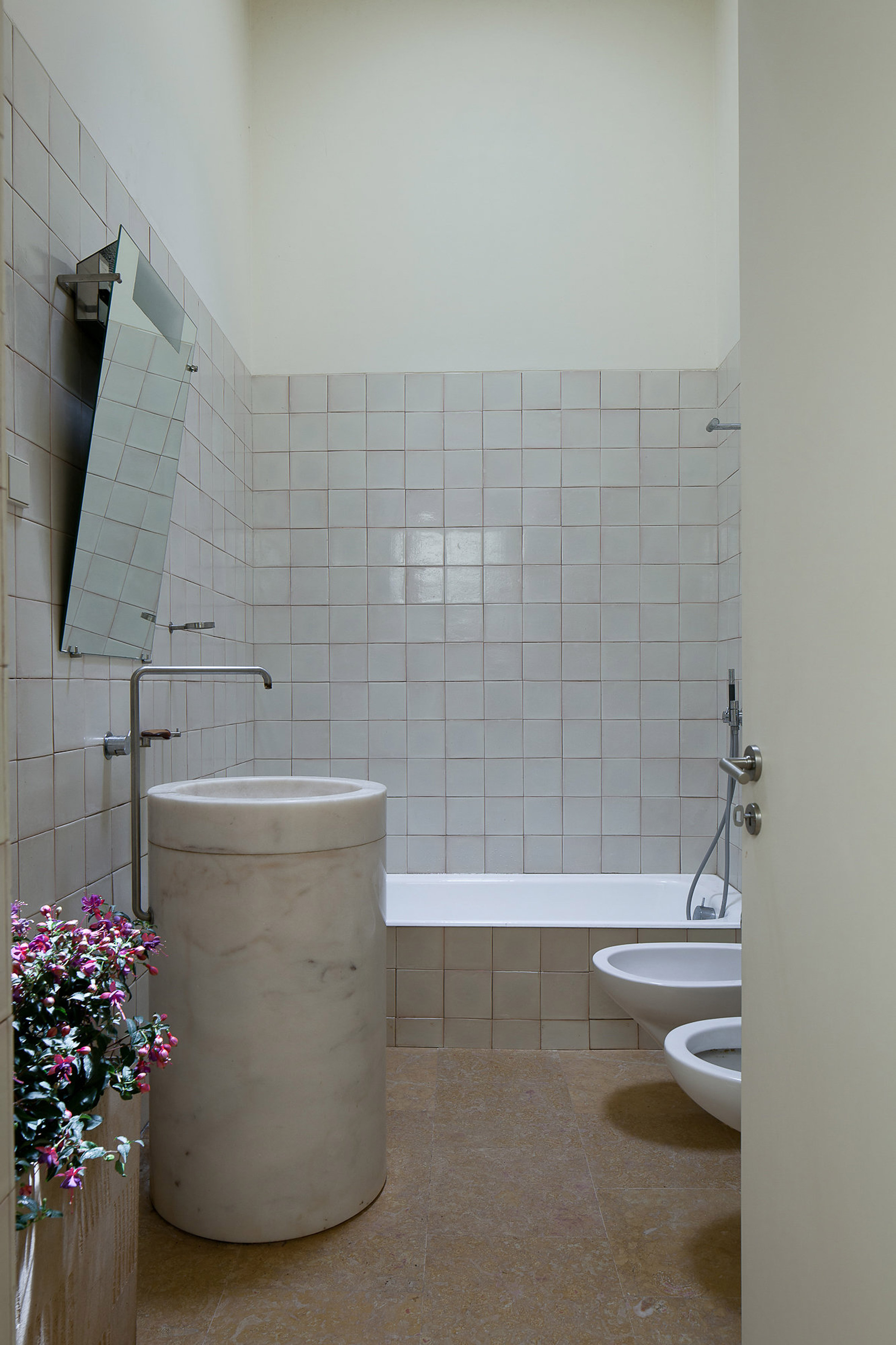 The architect, who came in at 104 in hte inaugural Dezeen Hot List, more recently transformed a Portuguese farming village into luxury retreat. 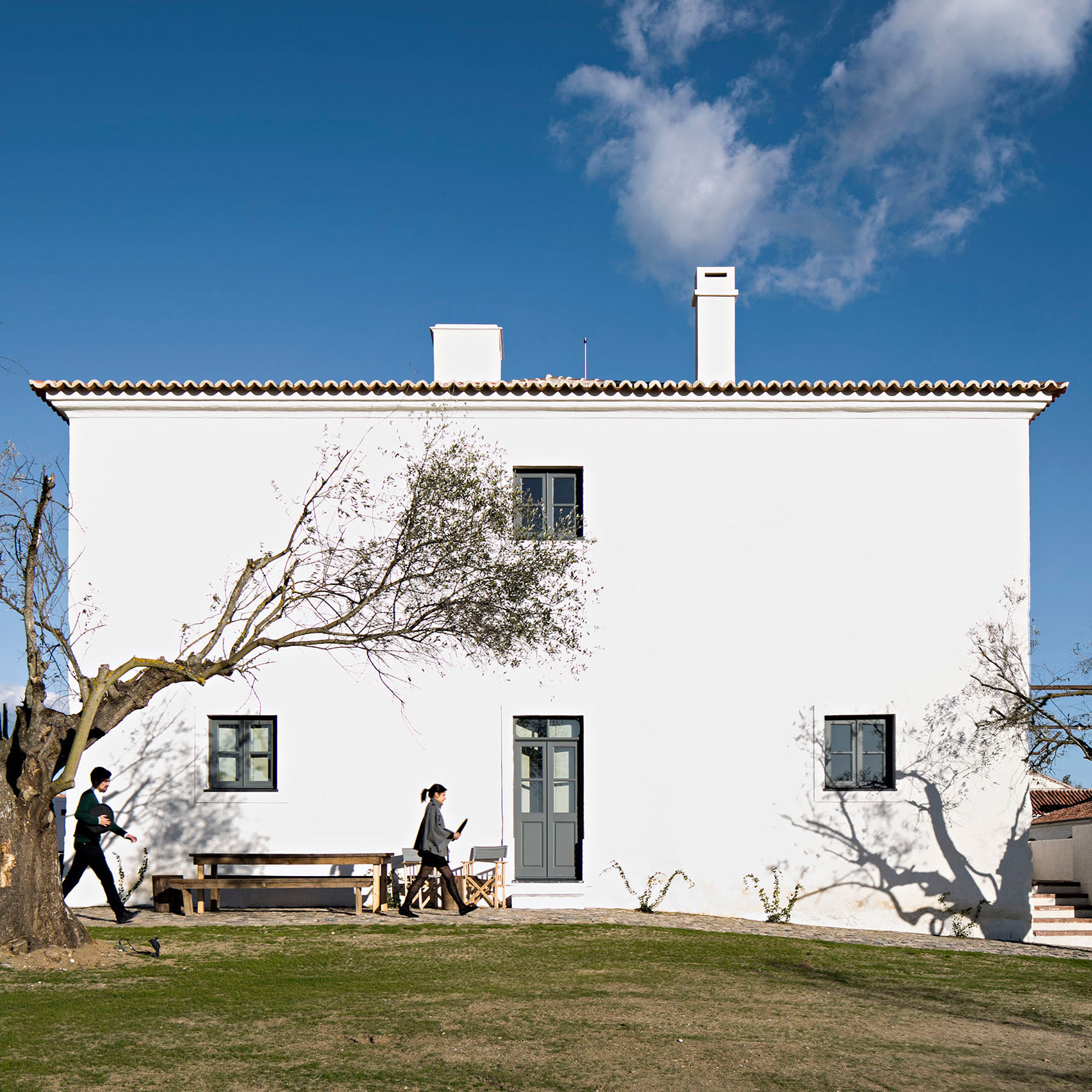 Photography is by José Campos.