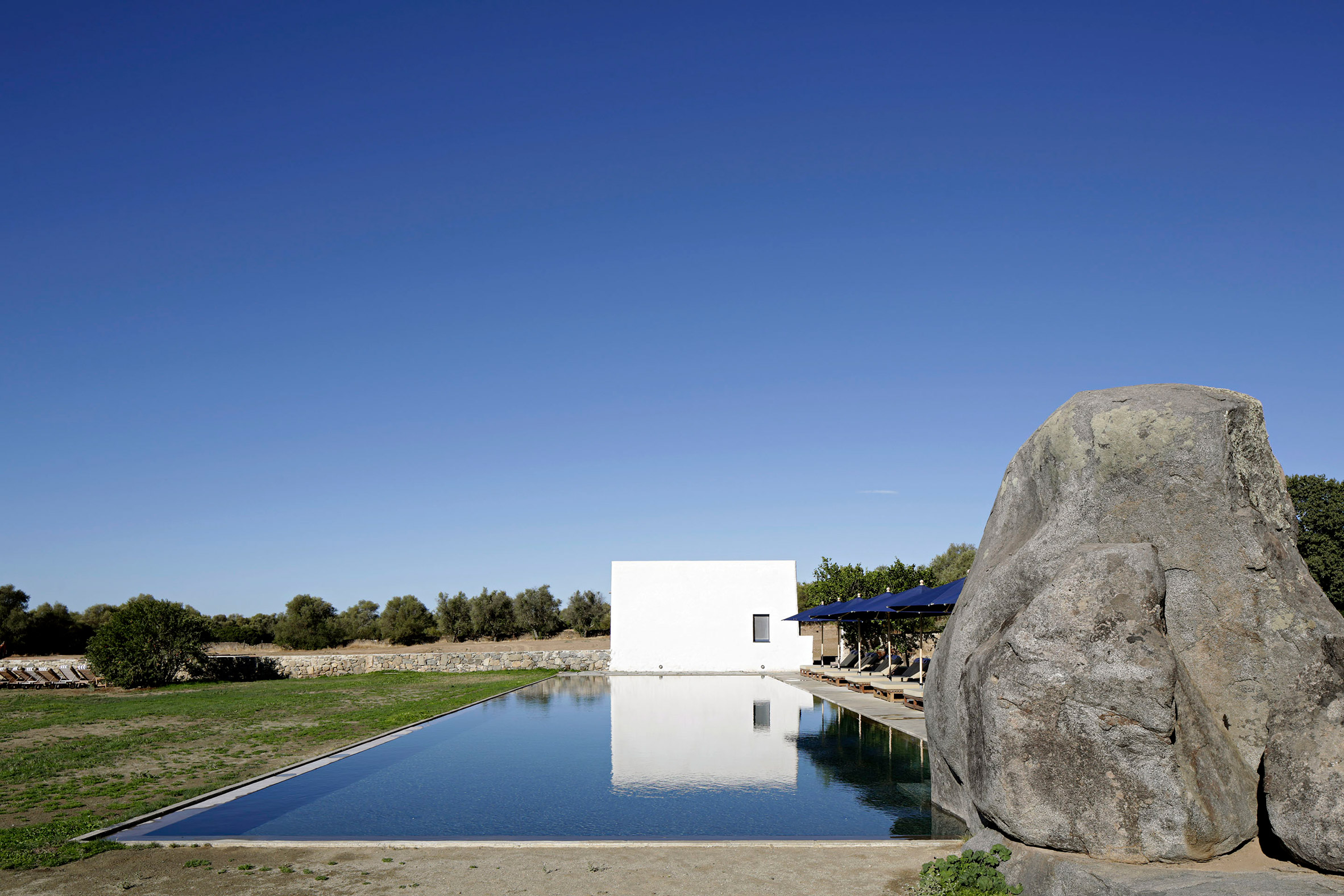 The monte, or village, is located at the heart of the 780-hectare São Lourenço do Barrocal estate, which has been owned by the same family for over 200 years. 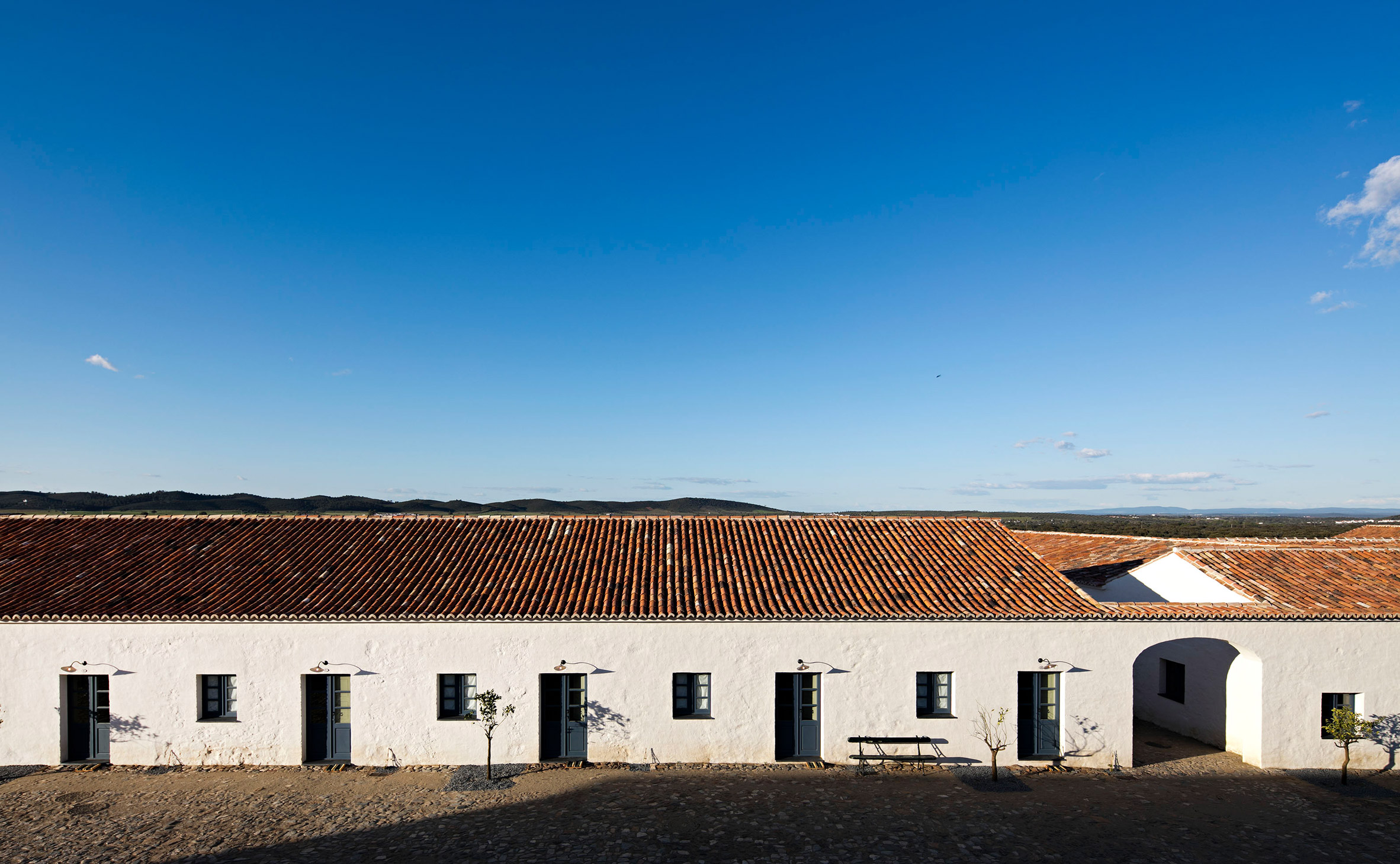 José António Uva, the eighth generation of the family to live on the estate, invited 2011 Pritzker Prize-winner Souto de Moura to oversee the regeneration of the village and the rejuvenation of the entire estate as a farm retreat. 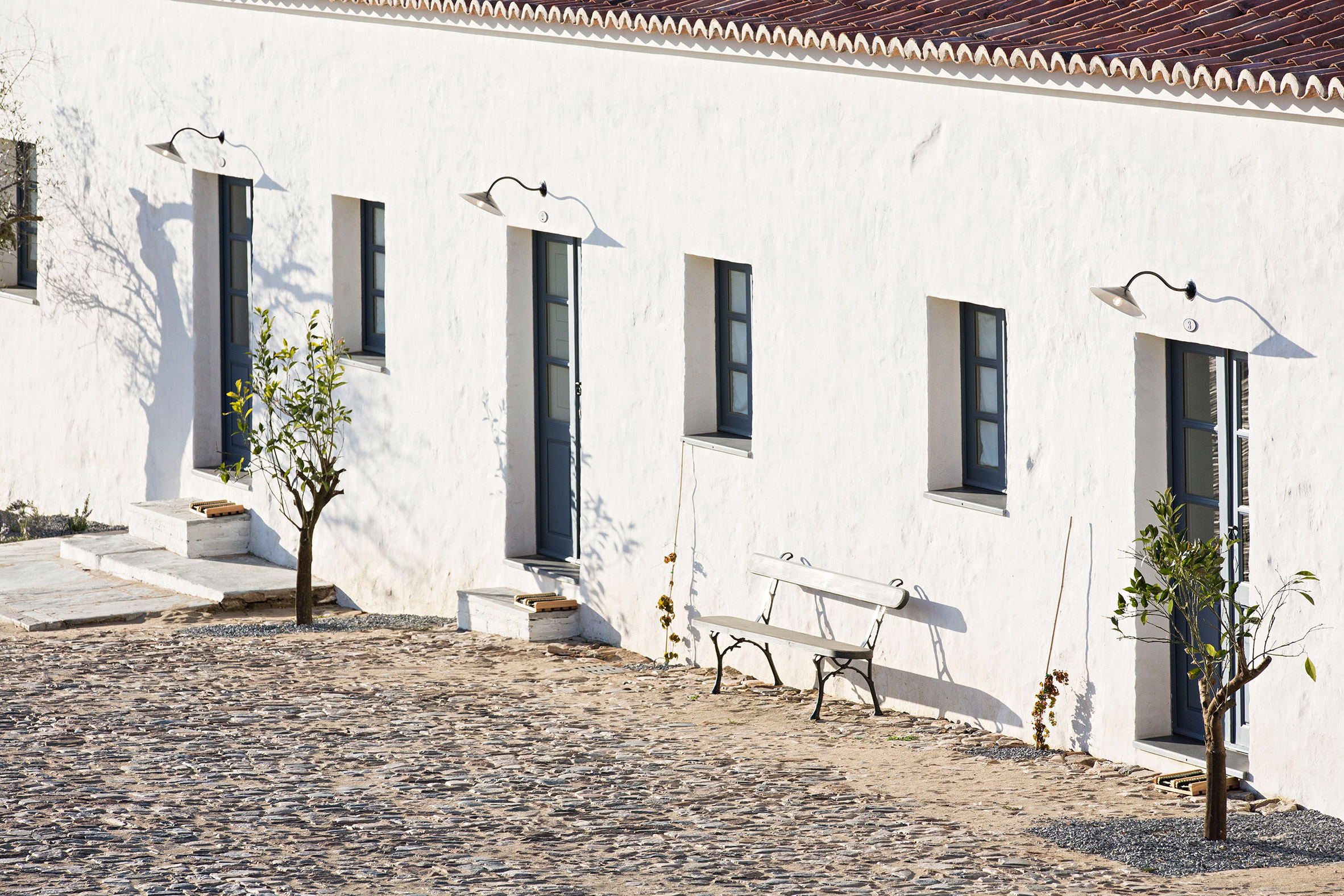 The architect’s interventions focus on retaining the estate’s heritage while refurbishing the main house and several outbuildings to accommodate its new purpose.

“The only way to preserve heritage is to live with it and use it, even if it is damaged in some places,” Souto de Moura explained.

“Because only everyday life transforms it into something natural and gives it heritage status.” 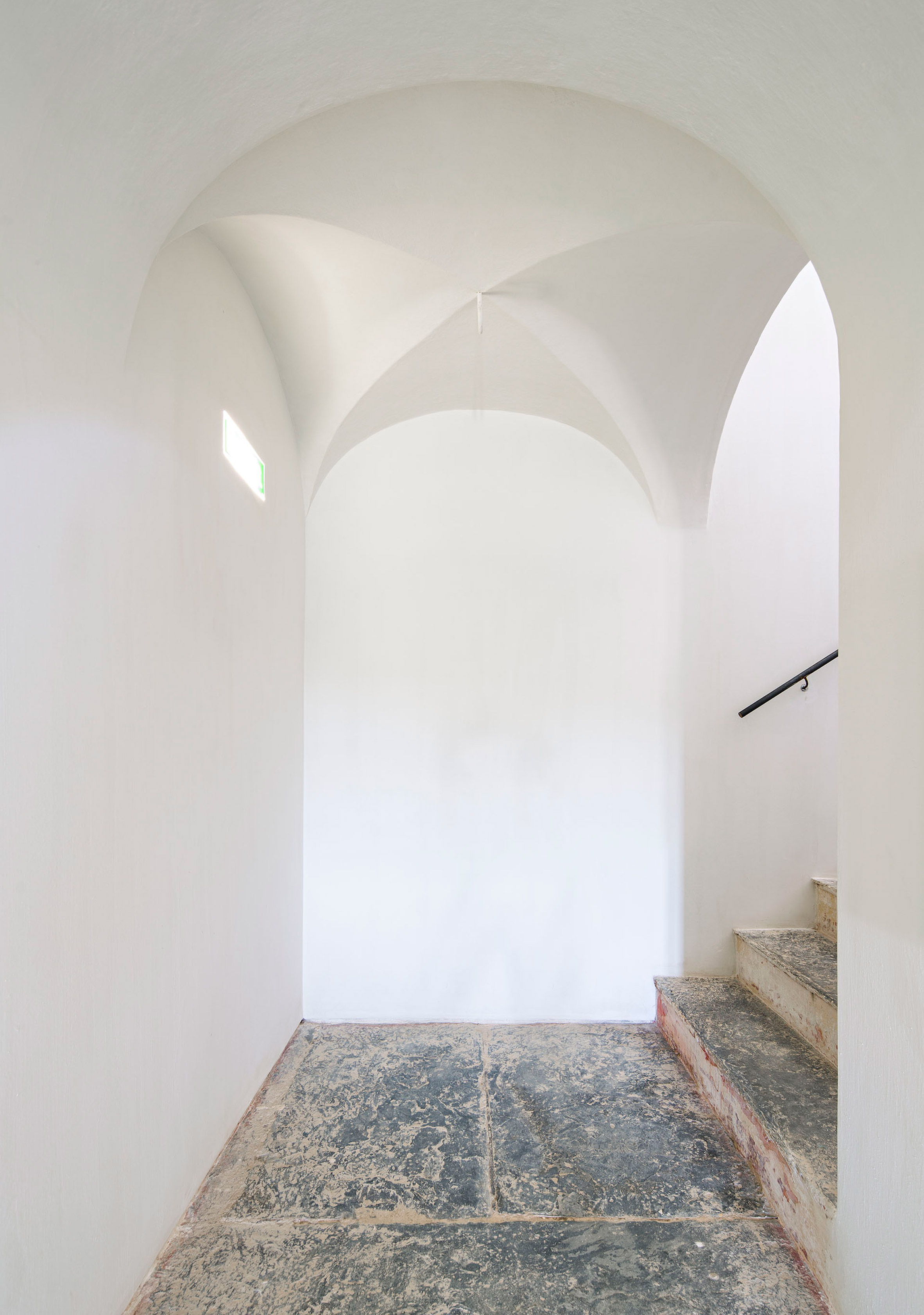 The monte comprises seven buildings arranged around a central street, with an old industrial and office building to the north positioned alongside a former storehouse.

On the south side of the street is the main house, the agricultural pavilions, a dovecot, kennel and pigsty. 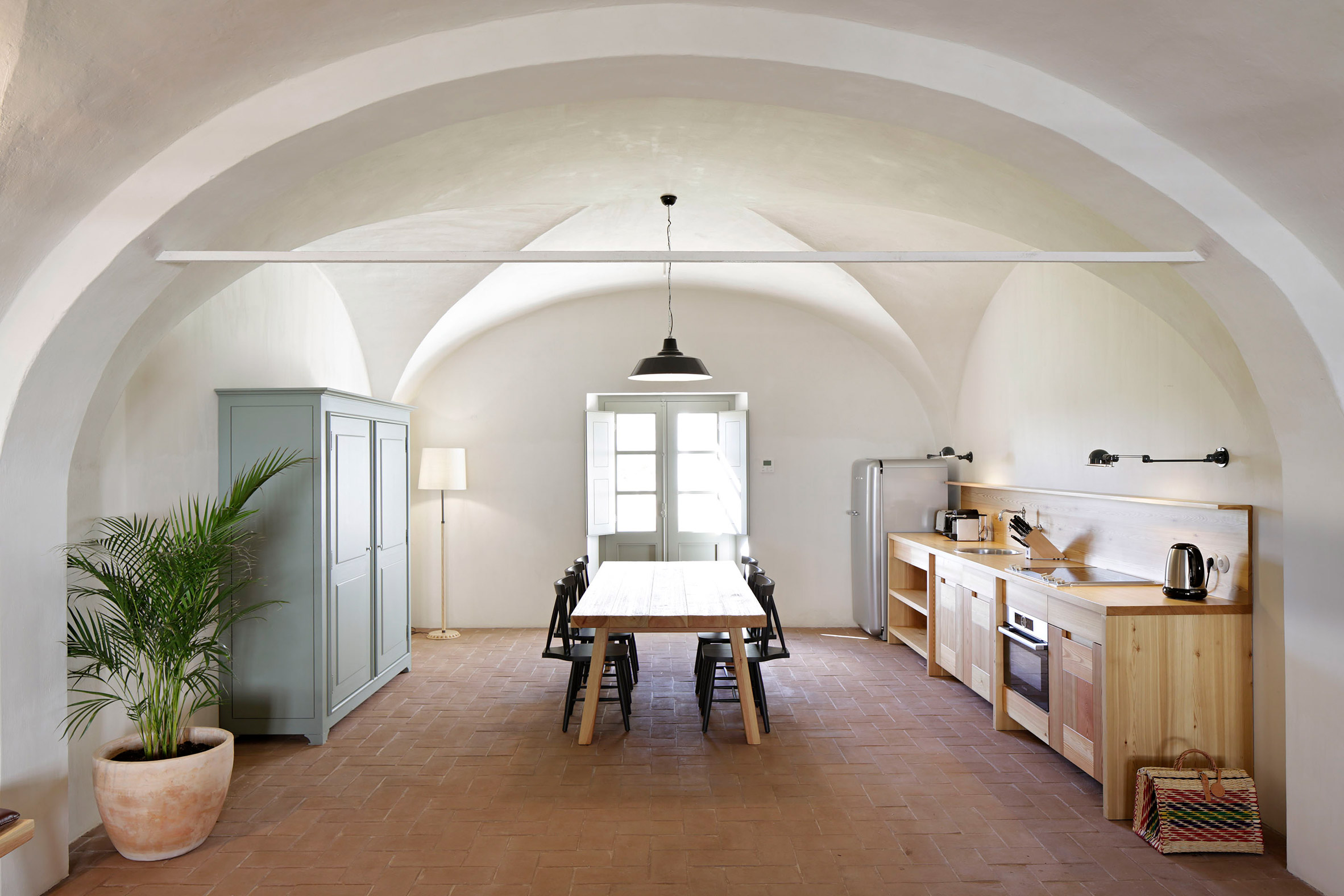 “This is not just a house, this is truly a mini-universe, a village,” said Souto de Moura. “It has its own hierarchy; a street, a square, outbuildings, cloisters. This is what we rarely find in such good condition.” 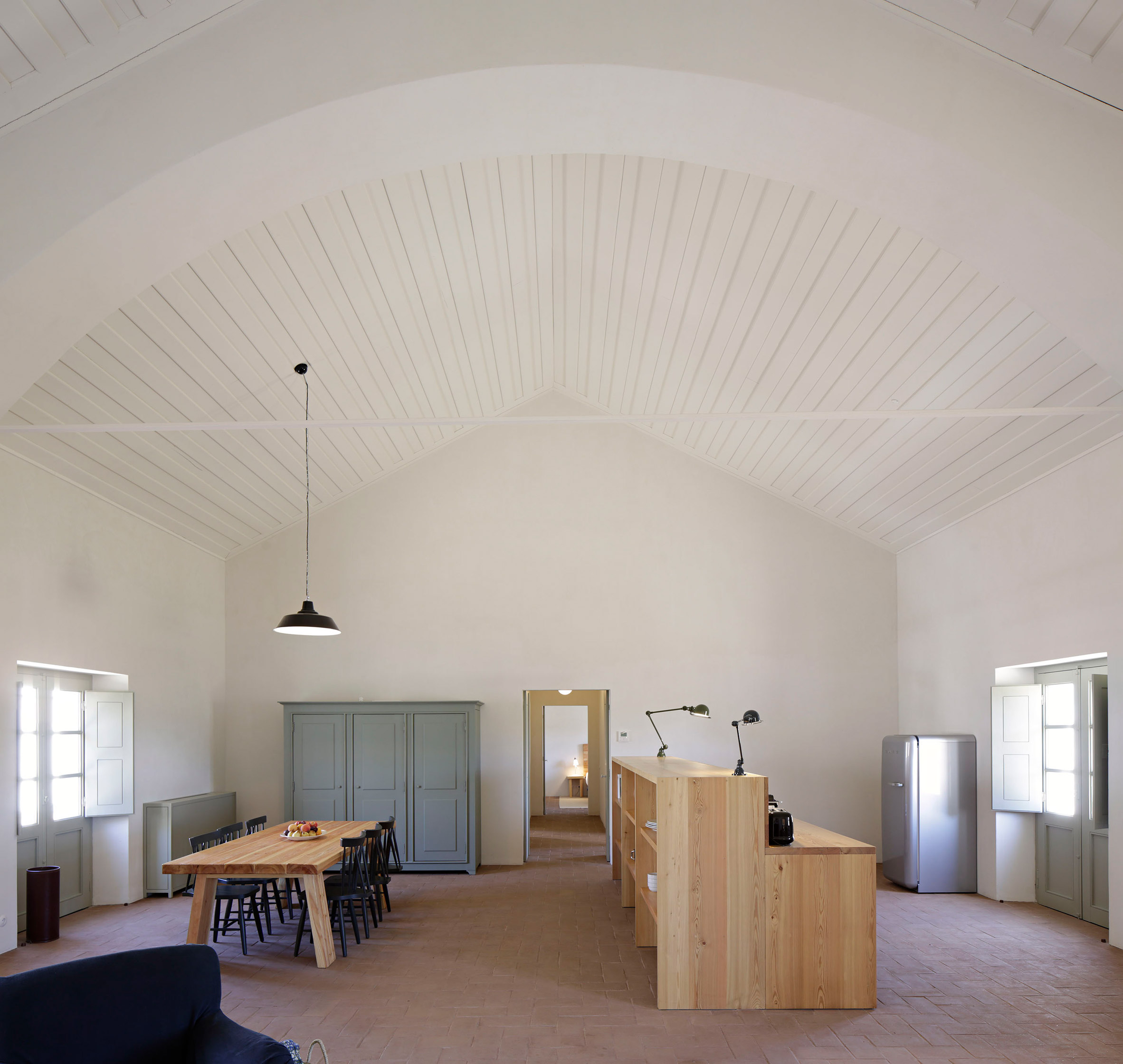 The transformation of the village into the central area of the farm retreat involved repurposing many of these buildings, which also include a chapel, schoolroom and bullring. 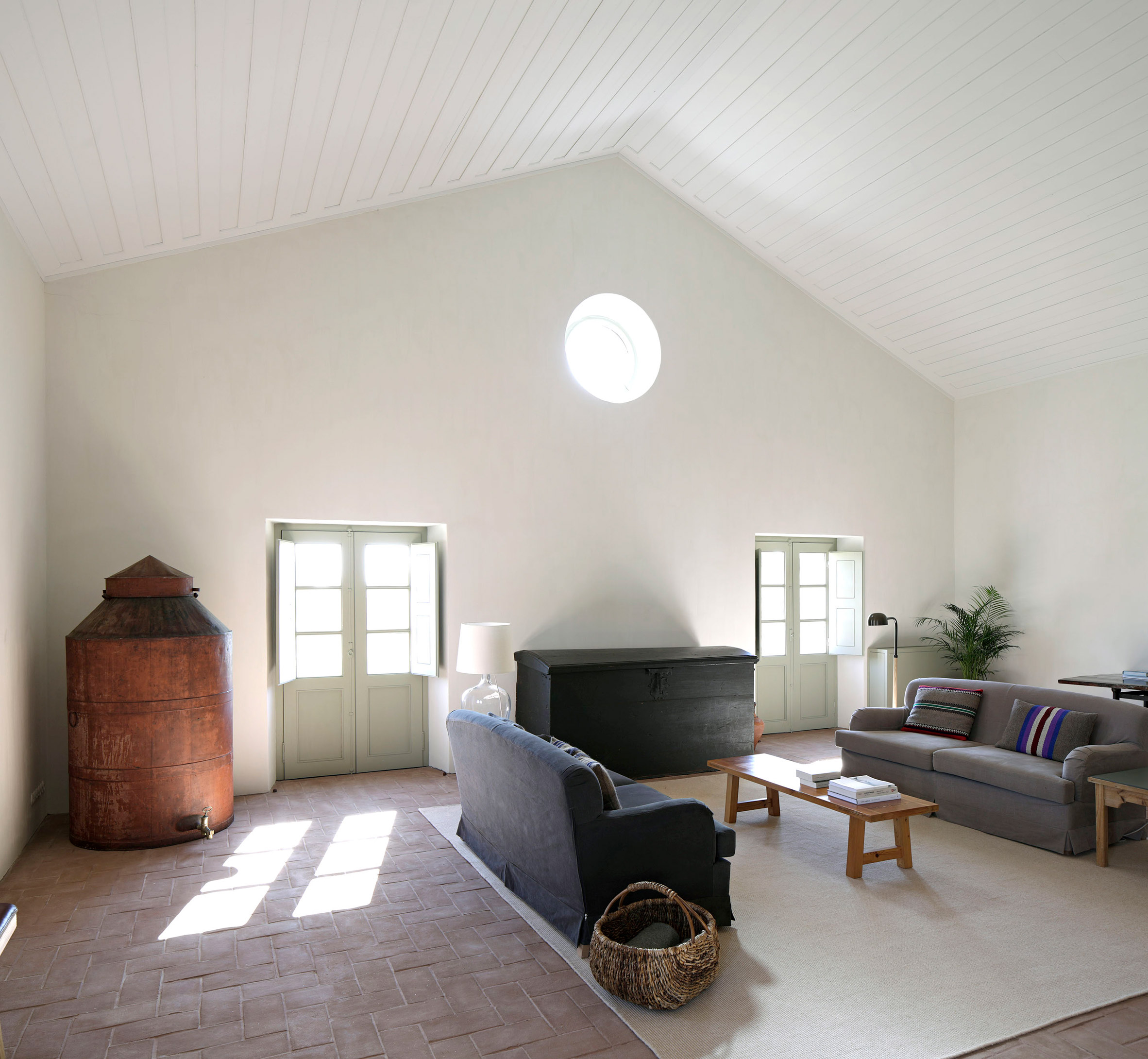 The hotel now offers 22 rooms, two suites and 16 cottages, with other amenities located around the estate including a restaurant, bar, winery, shop, stables, spa and studio, and a children’s playroom with adjacent courtyard. 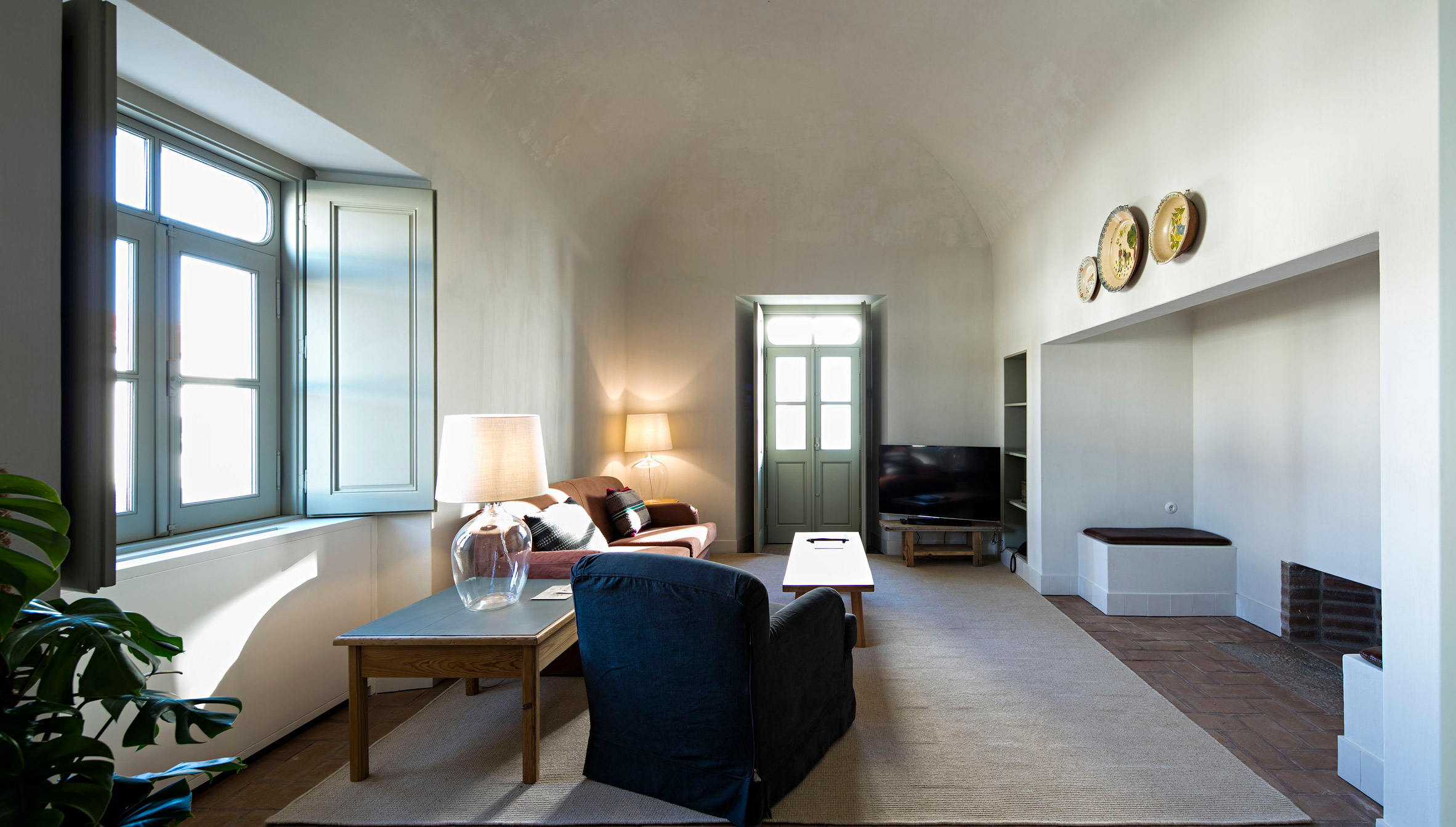 The whitewashed stone structures with terracotta-tiled roofs were renovated using a palette of materials that complements the original tones and textures. 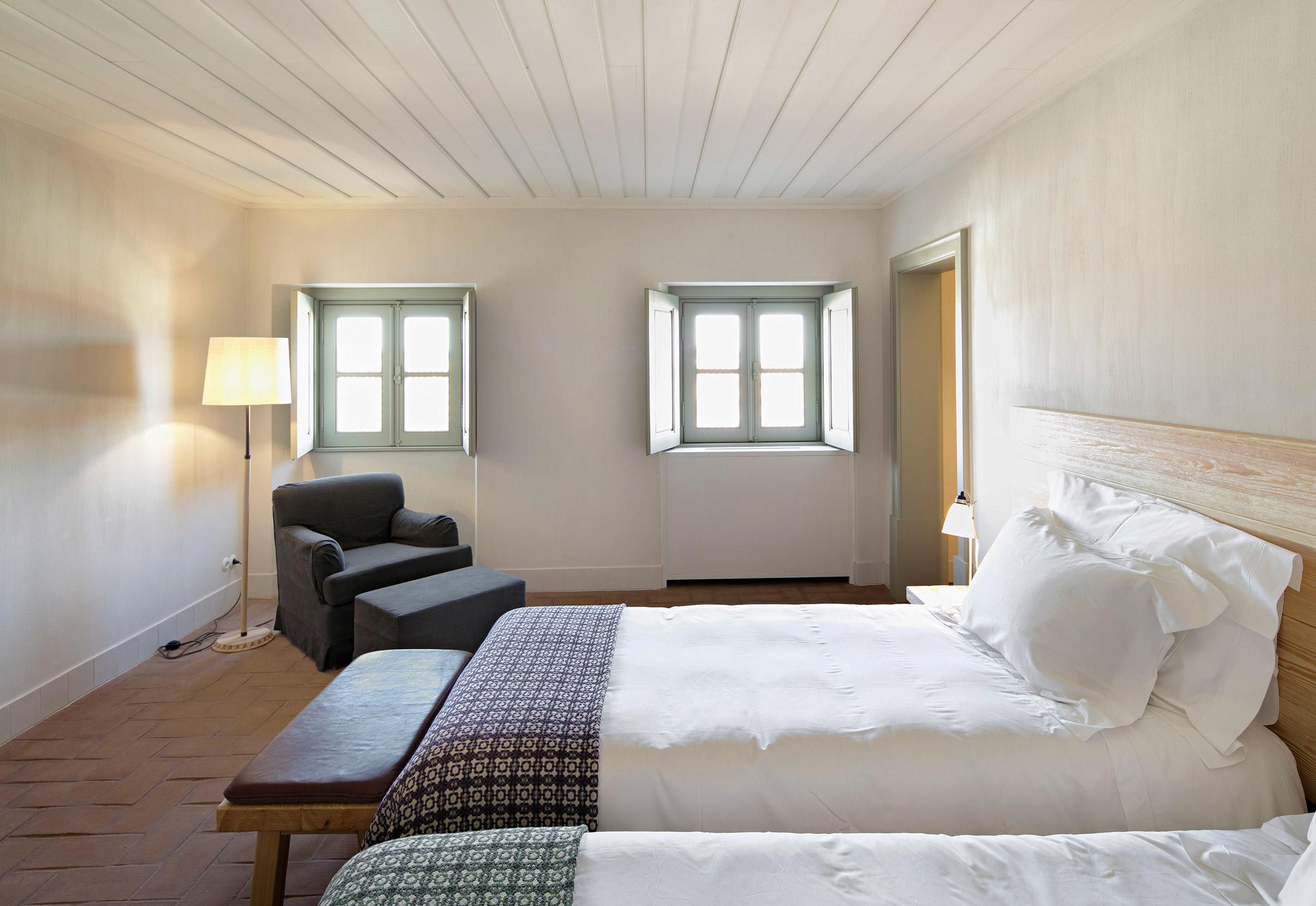 The main bar is housed in a vaulted space that once formed part of a mill where olive oil was made, while a former barn became the restaurant. 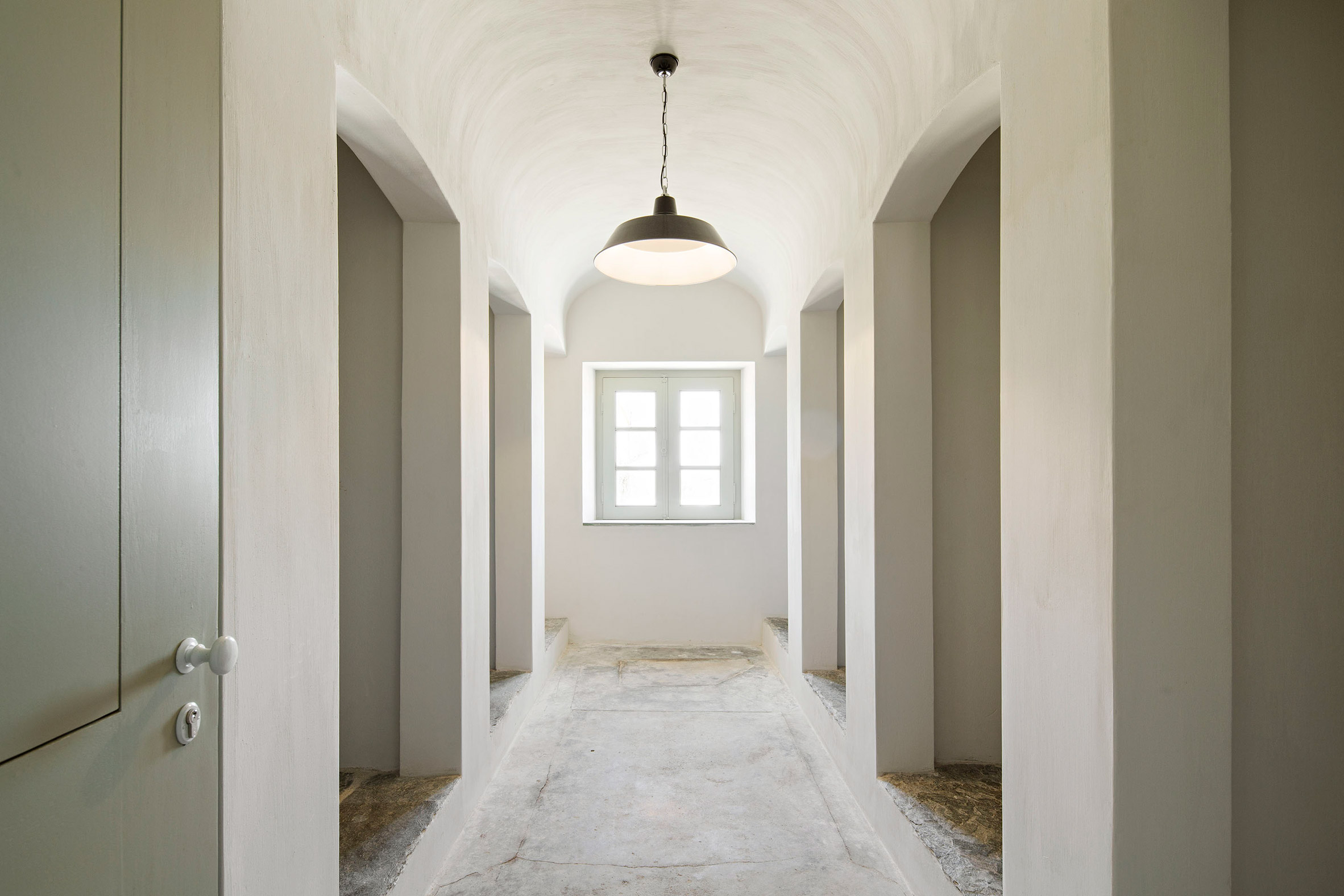 “There is a process that is very absorbing finding out how an olive press, for example, can become a place for a living room with a bar,” said Souto de Moura, “or how agricultural outbuildings can be made into houses, and how a cowshed can be made into a restaurant.” 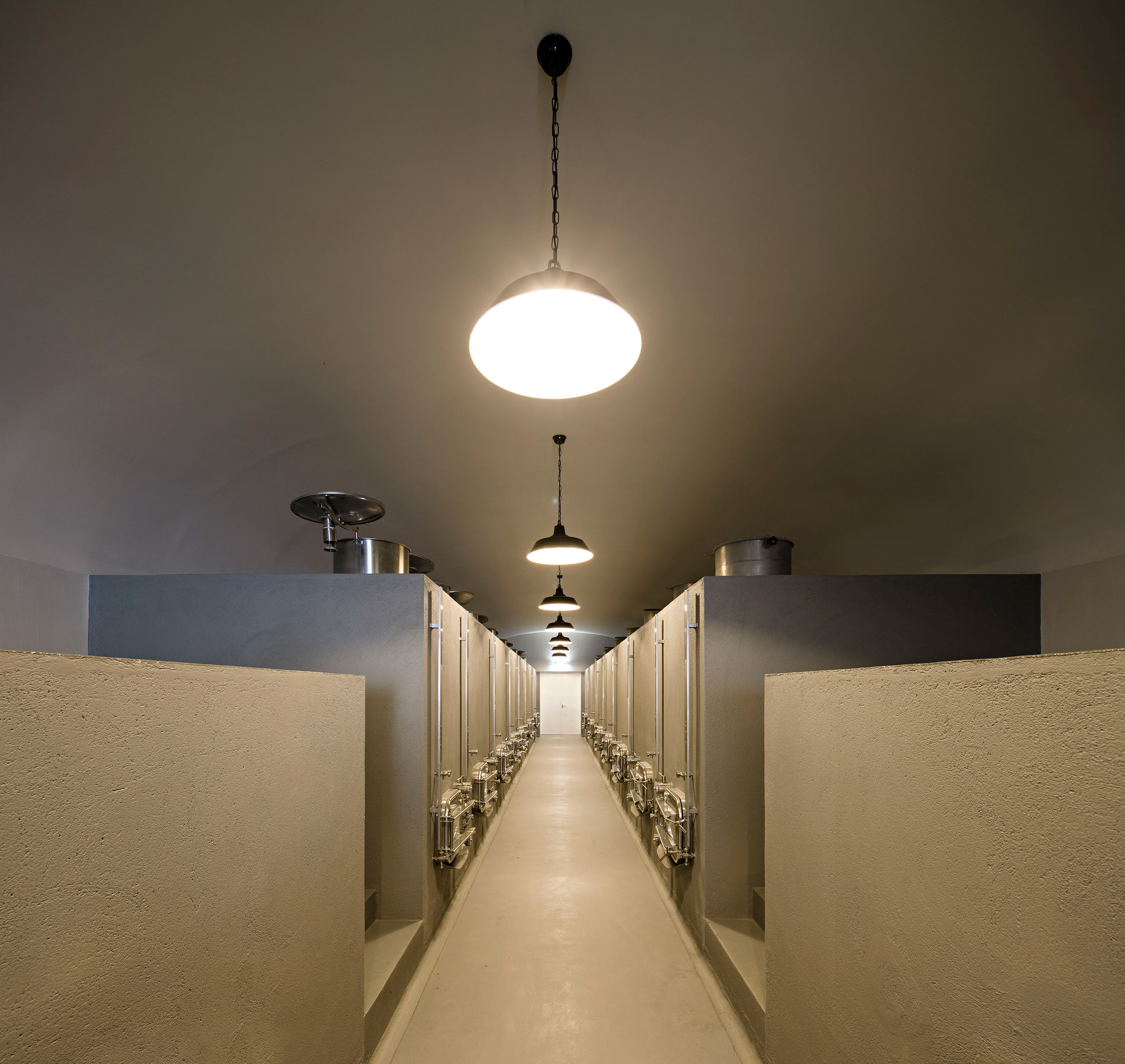 “This change in use needs hardly any intervention at all. The challenge is how architecture will respond,” he added. 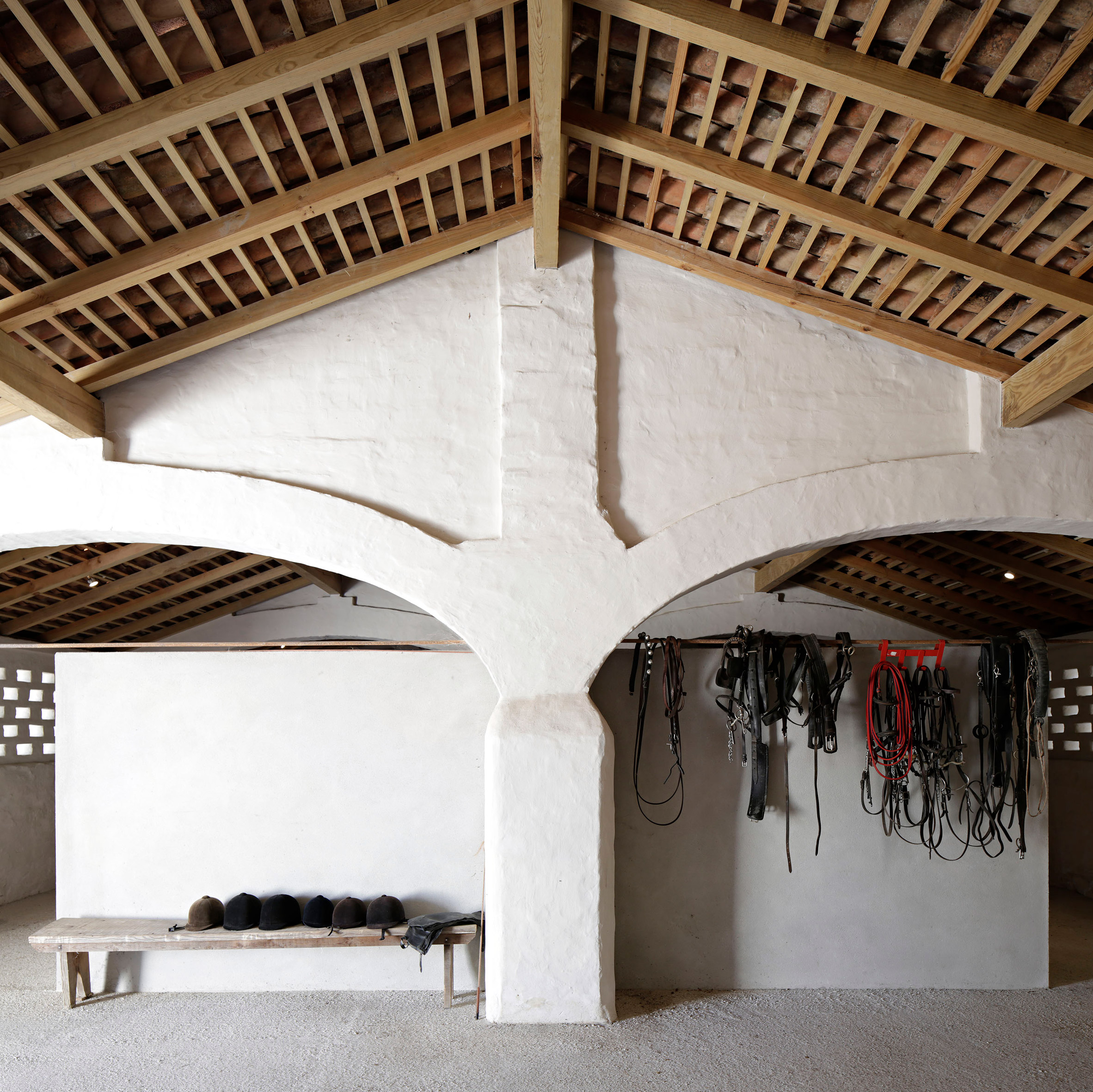 To the south of the main street is a large vegetable garden and a swimming pool. A granite outcrop that juts out from one corner of the pool provides a link to the estate’s ancient history in the megalithic period, when inhabitants used these “barrocais” for shelter. 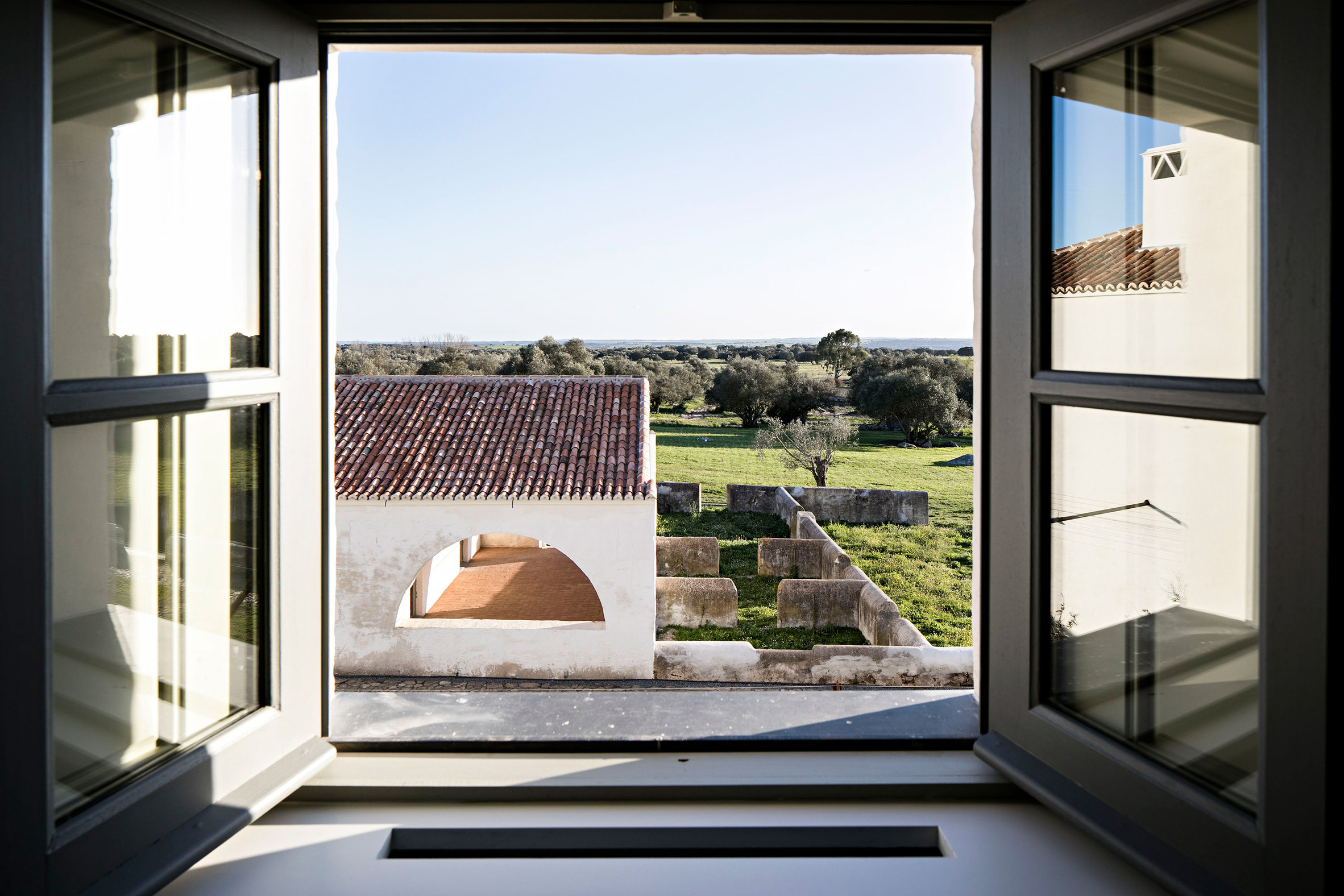 Interior design studio AnahoryAlmeida and landscape architect João Gomes da Silva also contributed to the estate’s revival, which aims to provide a prosperous future for the local community while respecting the region’s ecology and history. 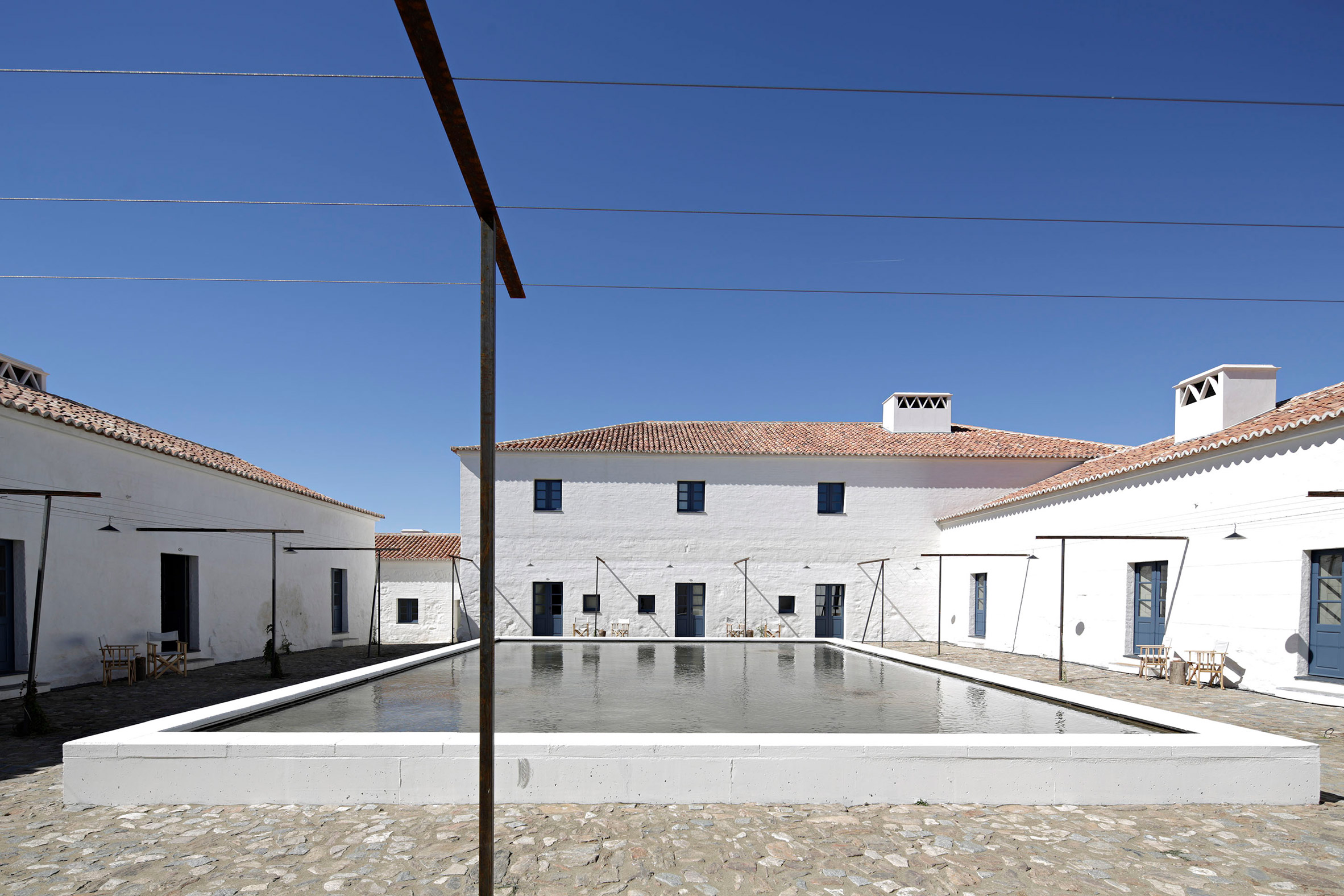 In addition to the farm retreat, a range of permanent dwellings are planned for the grounds. British architectural designer John Pawson has developed a proposal for a property that would wrap around one of the granite boulders. 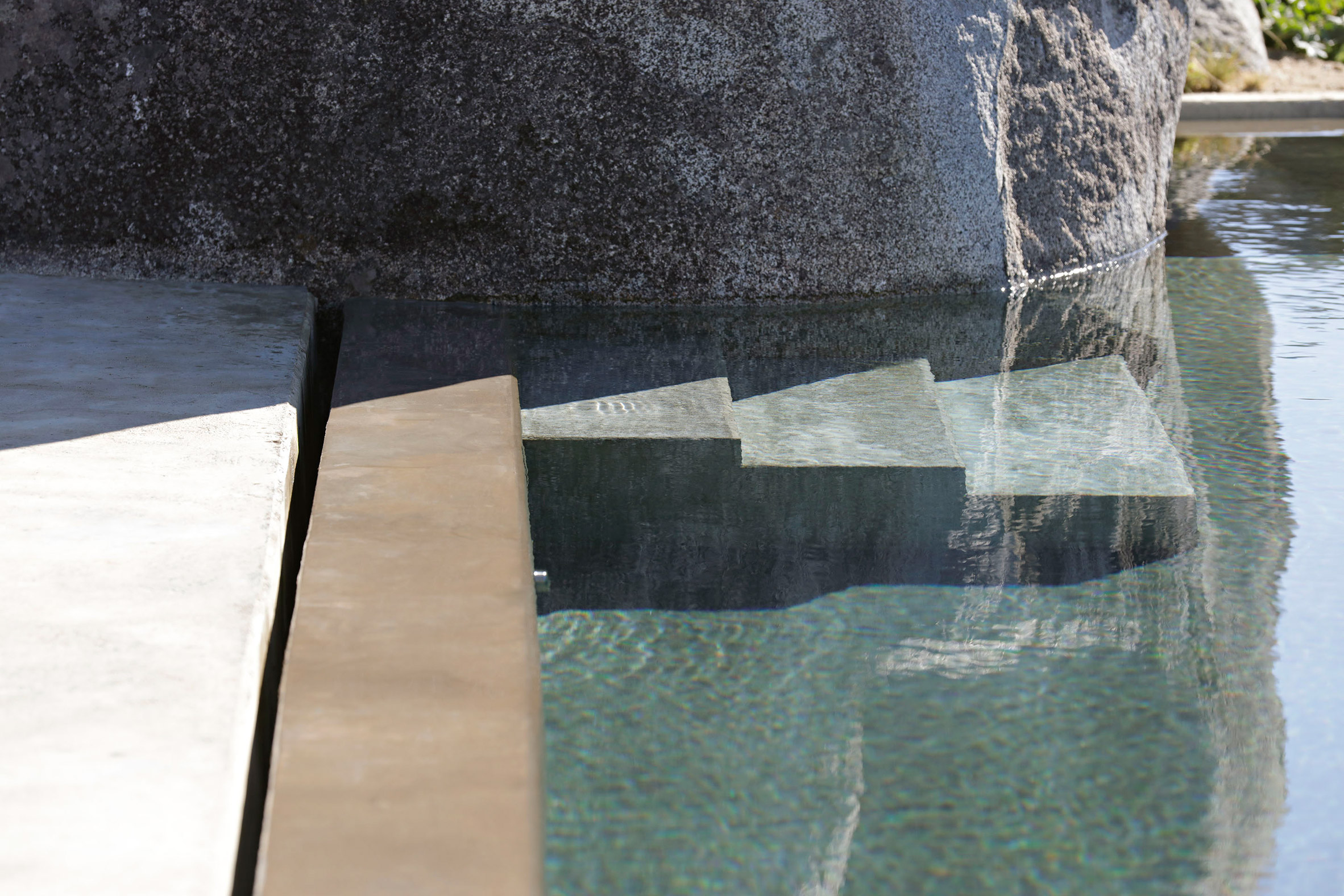 São Lourenço do Barrocal is the latest example of Souto de Moura’s work in historical renovation. Previous examples have included the renovation of a museum at a historic Portuguese monastery and the reconstruction of a 19th-century townhouse to create a guesthouse in Porto. 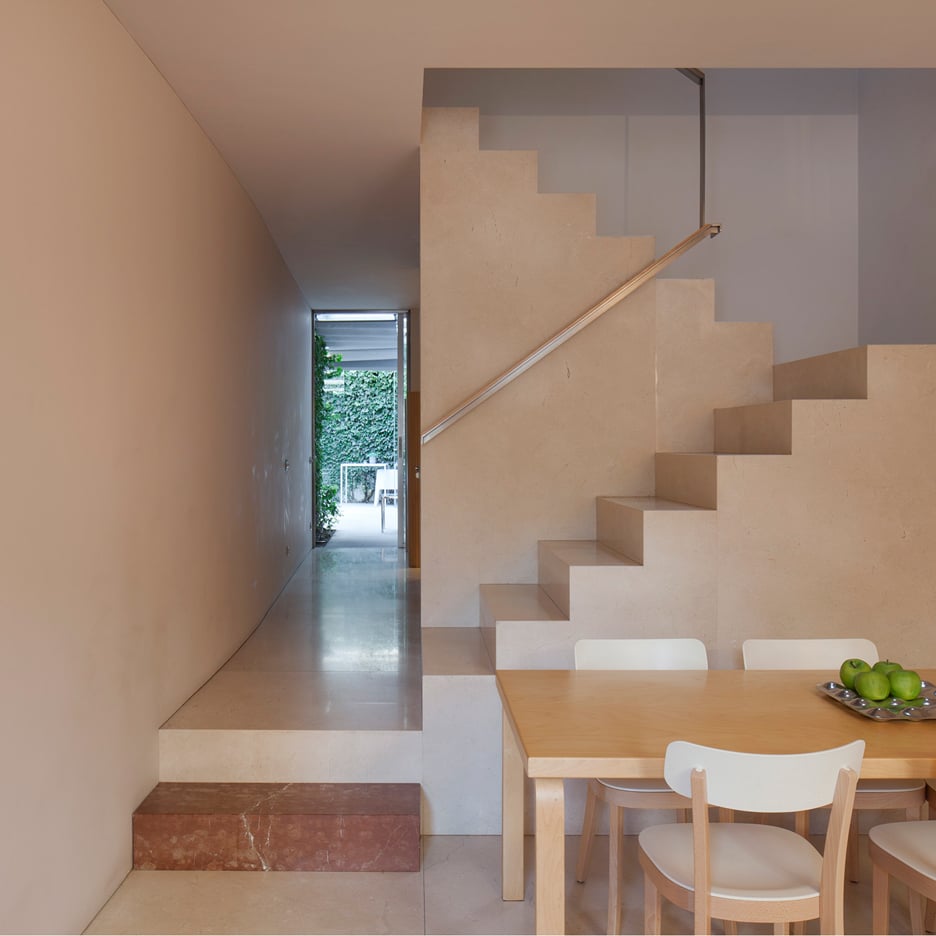 Photography is by Nelson Garrido.